Sold by: Newegg
Shipped by Newegg
Newegg’s gift-wrap service is the ideal solution for making your gift special! Select your item as a gift, then add your message. Your gift will also be discreet with no prices being included on the packing slip.
Price Alert
Add To ListFound on 2 wish lists 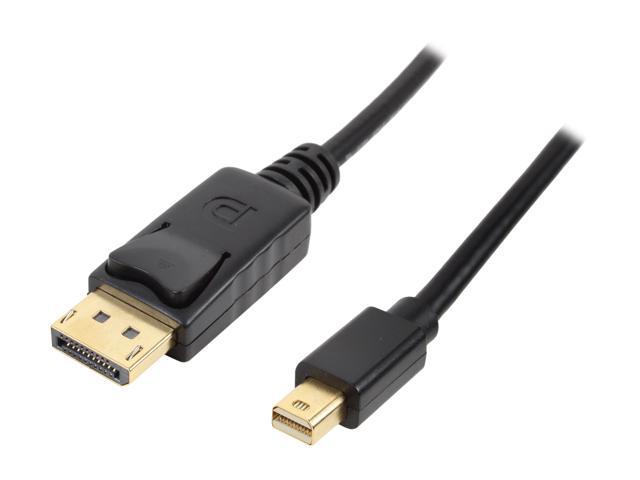 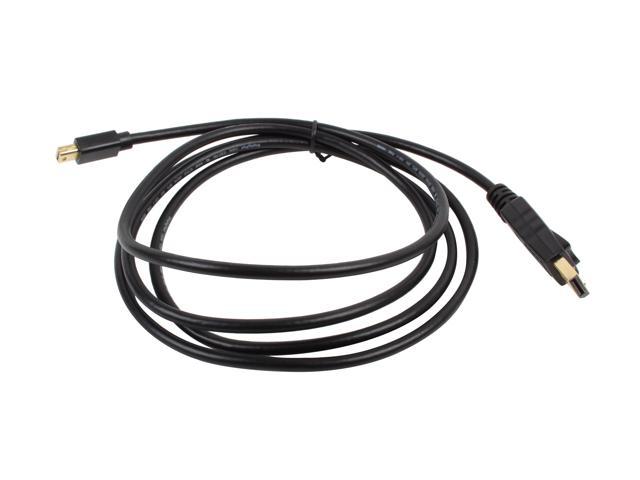 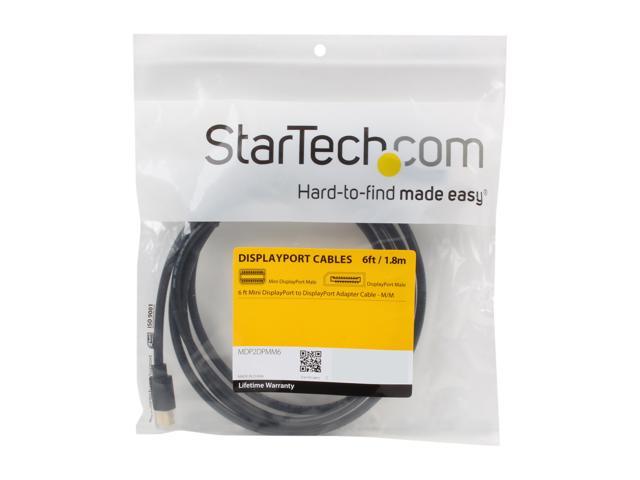 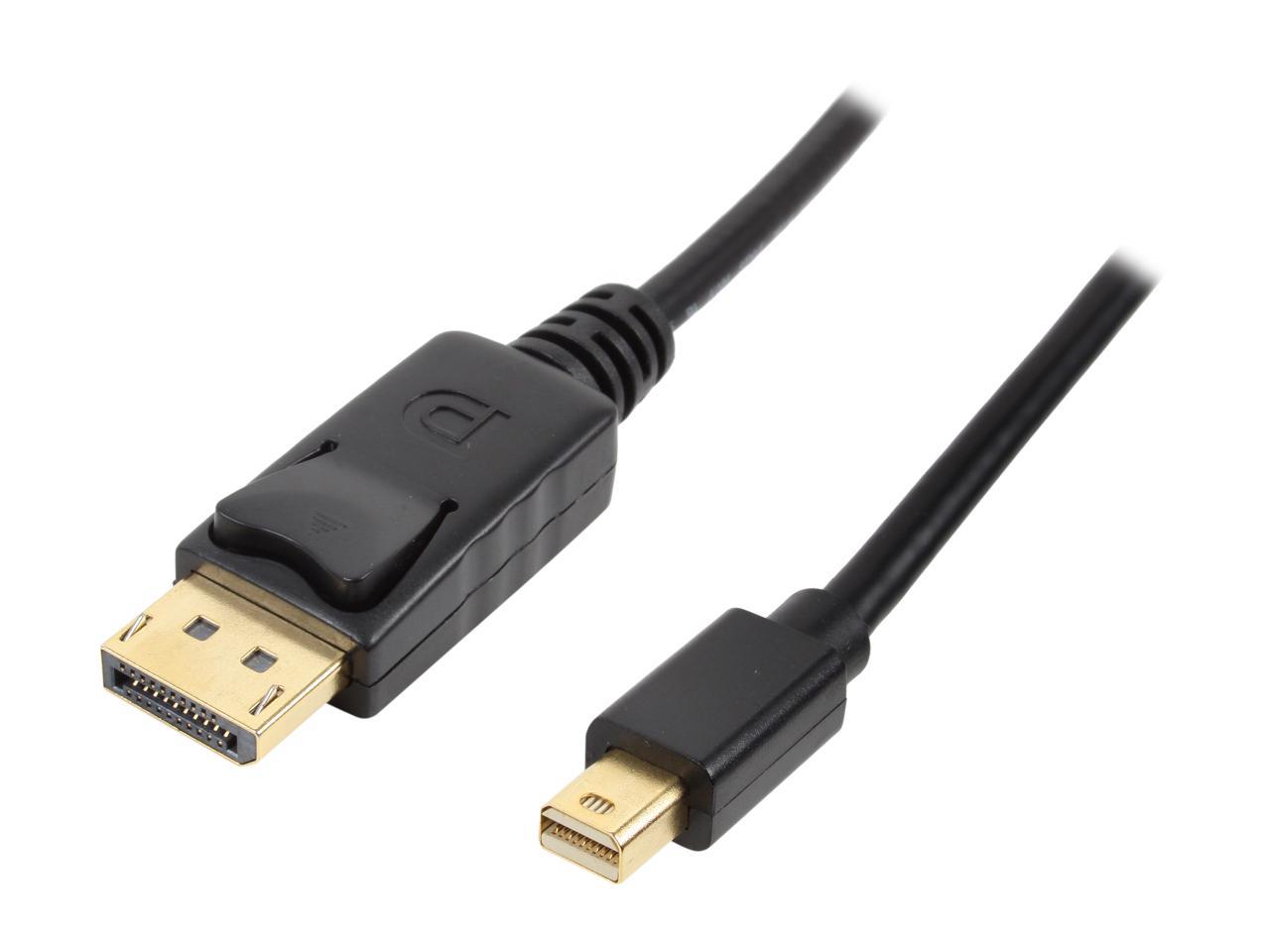 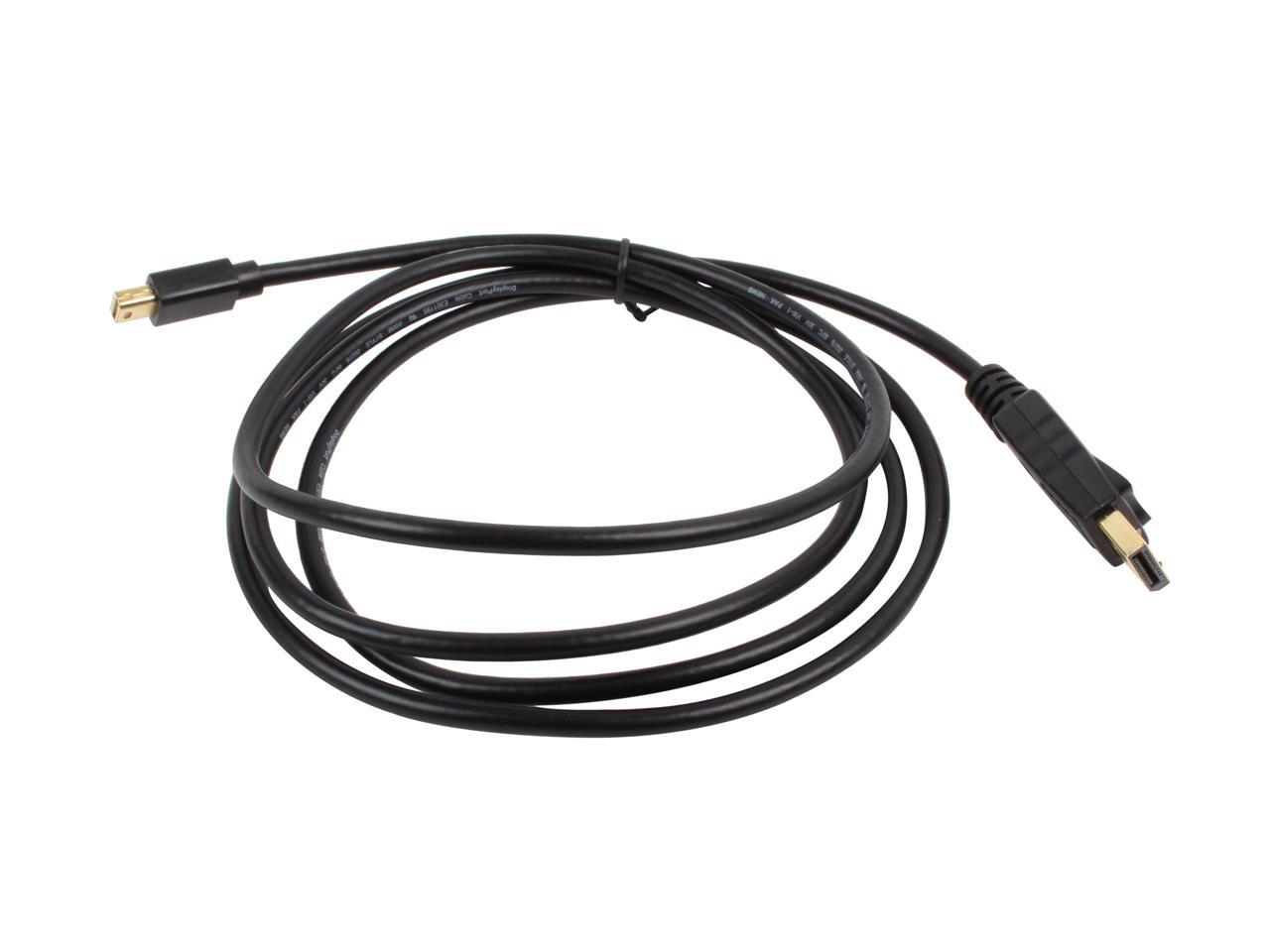 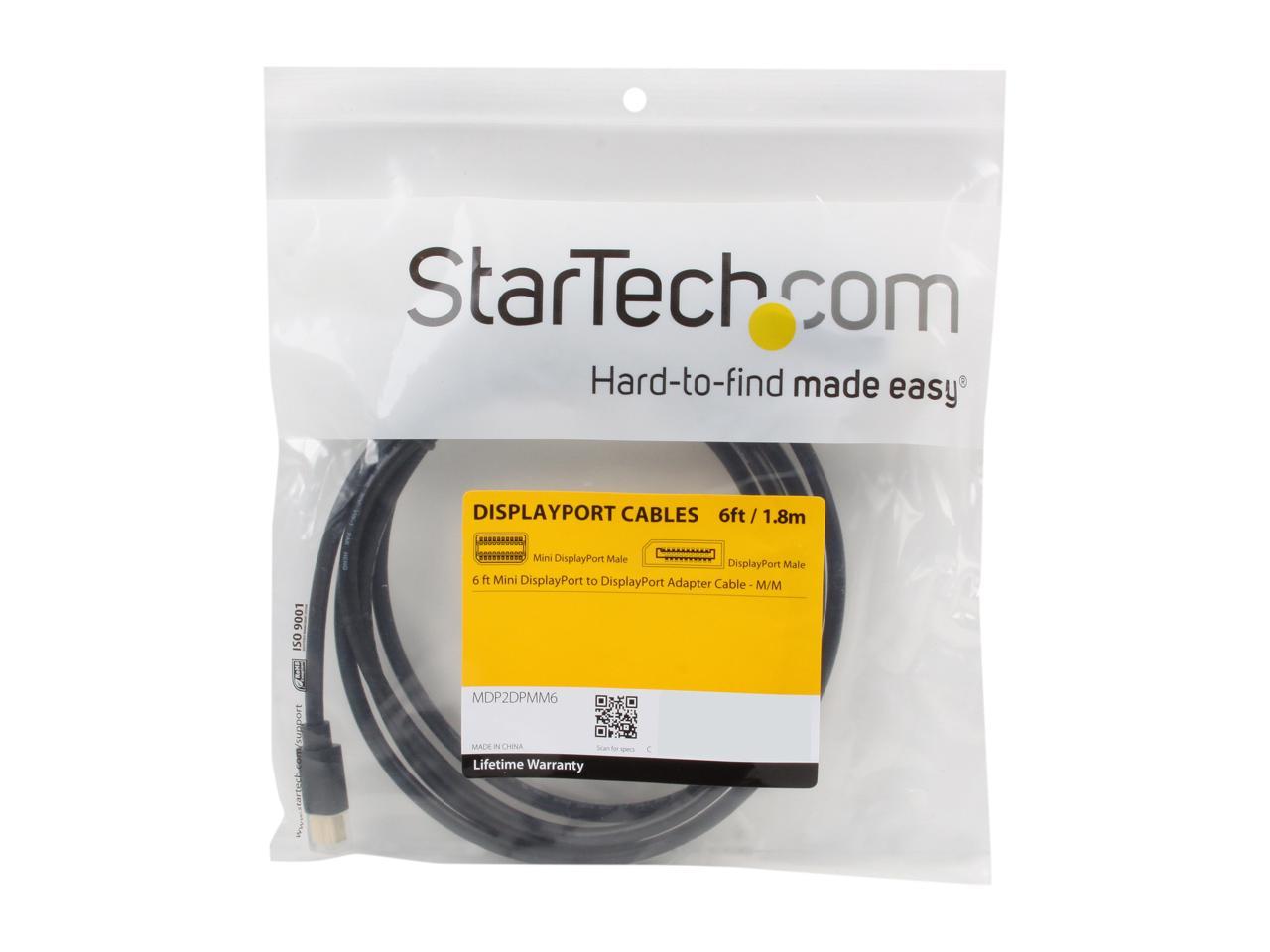 Learn more about the STARTECH MDP2DPMM6

Pros: From Small to large Display port in 3.3 Feet or one meter. Plug and play connect your video card to Display port on your monitor

Cons: Non at all.

Overall Review: Its a cable and Specialized. I used it to get a 3rd HQ signal to my third monitor. Very good quality and just enough length to get the job done. The white color is nice and clean and easy to distinguish when routing wires to the devices.

Pros: * It is v1.2 complaint where it transmits both audio and video * black * no flickering signal * probably the most affordable cable in this class. It works perfectly with Intel iGFX.

Cons: * the egger charges less if you buy at least 2 * 32awg, it's pretty thin for my taste. I feel better had they used 28awg. I'm pretty positive they can fit 28awg wires into the MDP end.

Overall Review: There are compatibility issue with AMD Radeon 7750 card but this is not the cable's fault. Wakes up from S3 sleep state work 90% of the time. Wakes from monitor power saver mode works 0% of the time. Again, not the cable fault since this isn't an issue with Intel HD Graphic. This is a very common complain I read about this cable but I strongly believe it's your graphic card to fault for not sending correct handshake signal. So that being said, all ATI users need take what I said into strong consideration before making the purchase!!! This issue wasted 2 months of my life trying to figure out the solution. The only solution I found is to buy a regular Nippon 15ft 28awg DP-DP cable then using the included ATI DP to MDP converter, that's the only solution I got it to work. I've tried all the DP to MDP cable, nothing works. Again, it's ATI for not implementing the DP spec. What's worst is sometimes the handshake doesn't go through properly so you'll end with wake up, power saver, and even reboot issues too!

Pros: It does what you expect it to do. Now getting a 144 refresh rate and 3D capabilities. Bought this one for the price, and am not unsatisfied.

Pros: When they work, they work.

Cons: I ordered 2 of these. One works awesome, the other doesn't work at all. I ordered a new cable instead of paying return shipping on a $9 cable. If that one comes bad, I'll return them.

Overall Review: As always Newegg is shipping faster then I can blink! Thanks again guys!

Pros: It was rather difficult to find a mini DP to DP cable that carries audio, but this one does and it does a nice job of it.

Overall Review: I had to call StartTech with a question. They don't manufacture the cable anymore, but they do still support it. That's always a plus.

Pros: Cheap! Works as advertised. Nice gold plated connections with a latch on the bigger end.

Cons: Cable is a bit on the thin side, but this does not seem to matter.

Overall Review: I have two HP display port monitors, and a graphics card with mini display port connections. These were perfect!

Pros: Works great for powering my 30" Dell monitor from my Macbook pro. Better than original adaptor that I had which required a bulky adapter be plugged directly into the macbook and partialy blocked other ports. This one is sleek & slim.

Overall Review: I did not know this, but DisplayPort cables also support audio (like HDMI). So now when I plug my displayport into my monitor the speakers attached to my monitor out[put the sound. Nice bonus.

Overall Review: Bought two of these for an Eyefinity setup with 2 Dell U2311Hs. Worked flawlessly out of the bag. Video card is a HD 6870. Running 2 monitors off of mini DP to DP and one monitor on DVI.