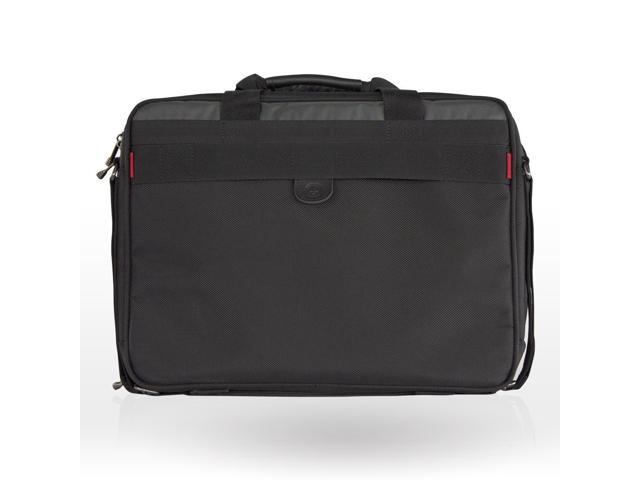 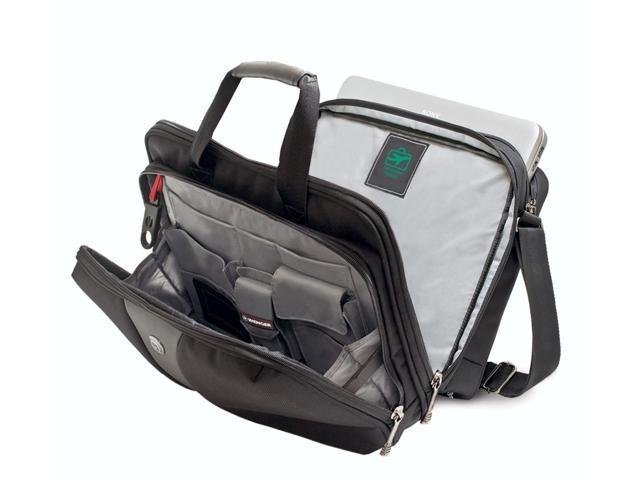 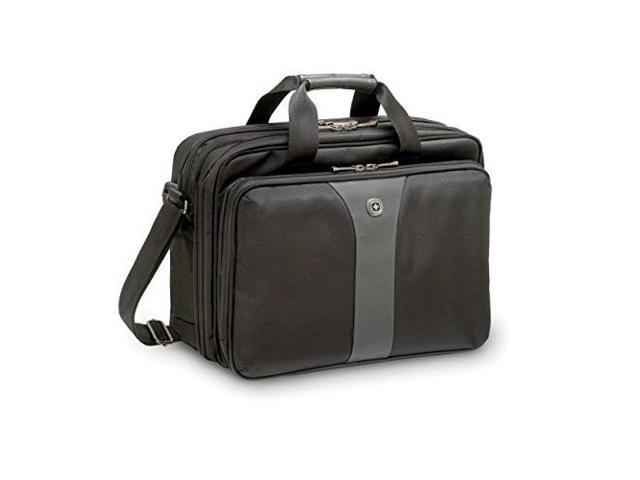 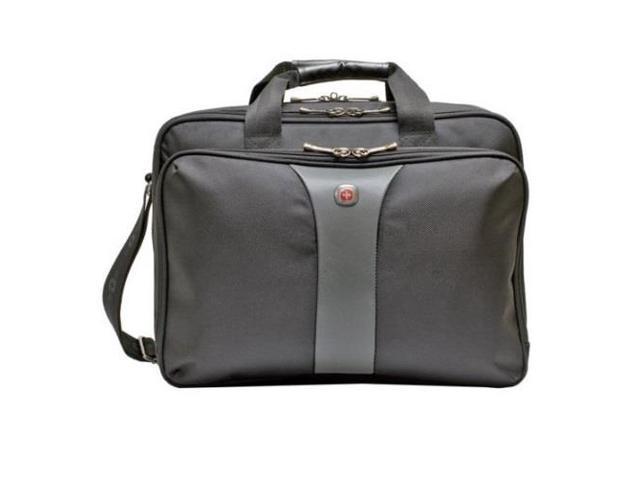 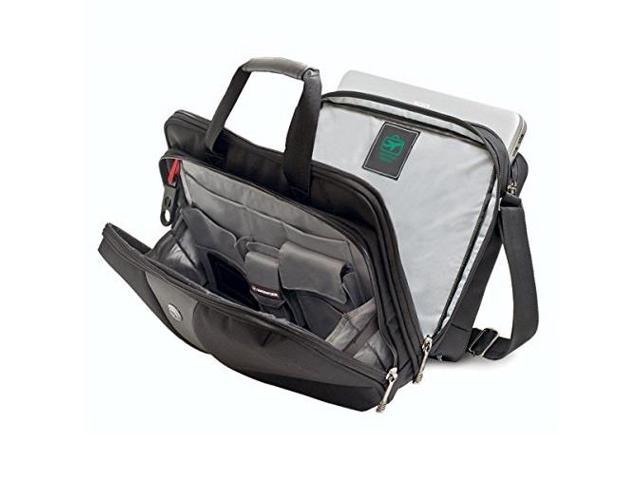 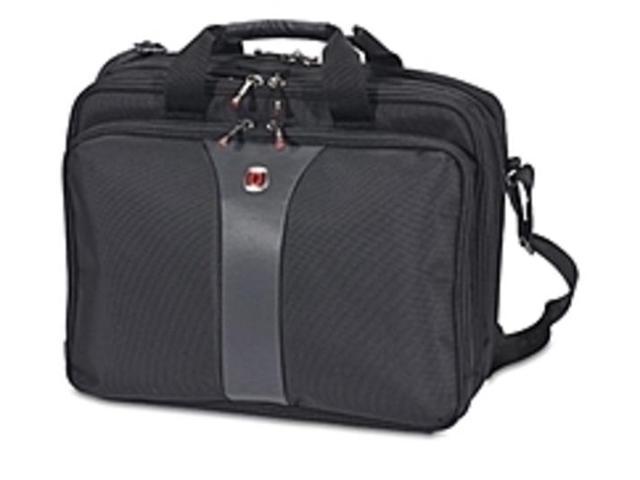 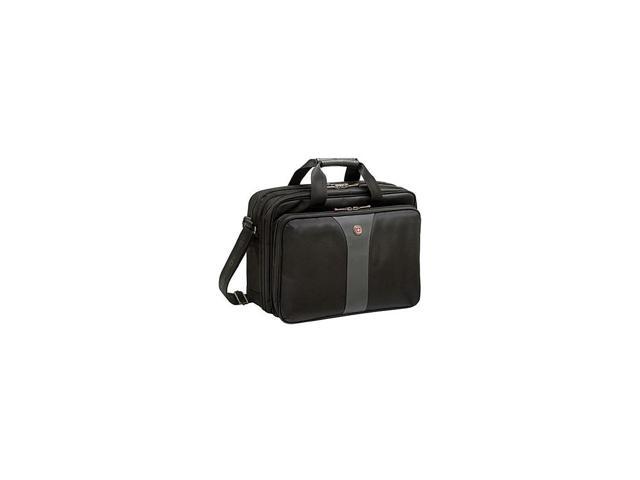 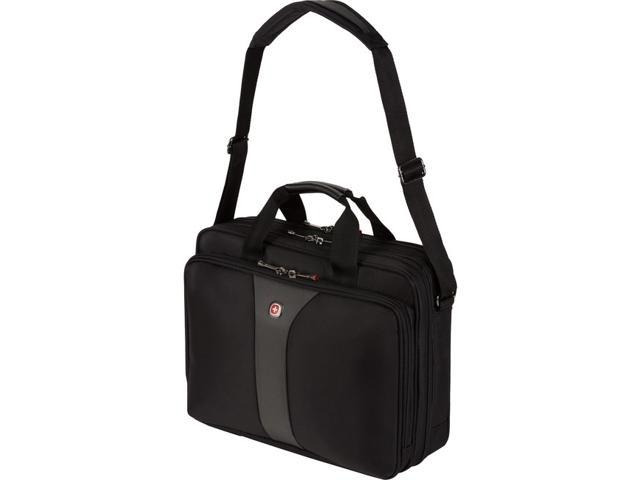 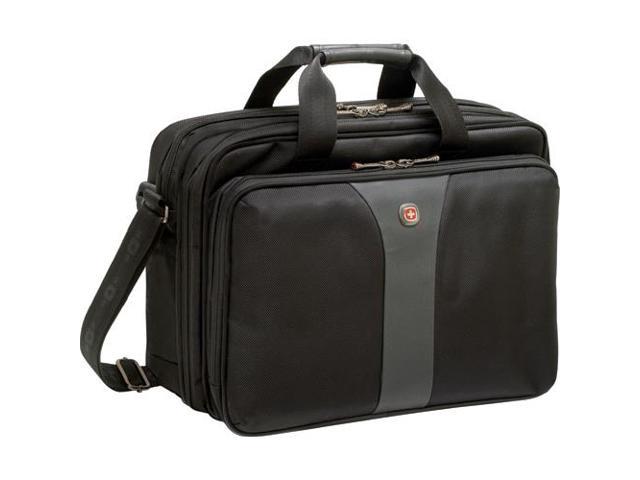 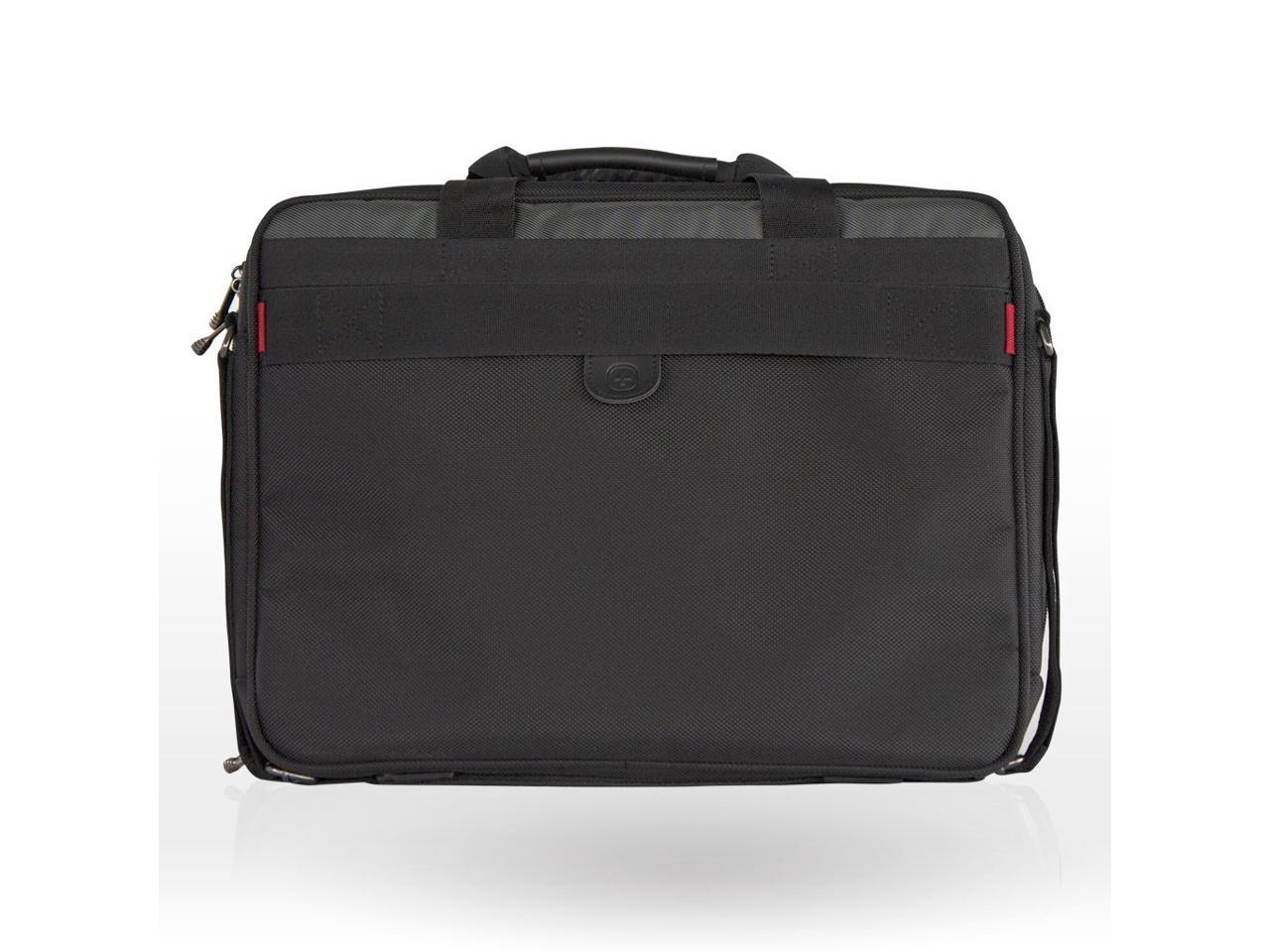 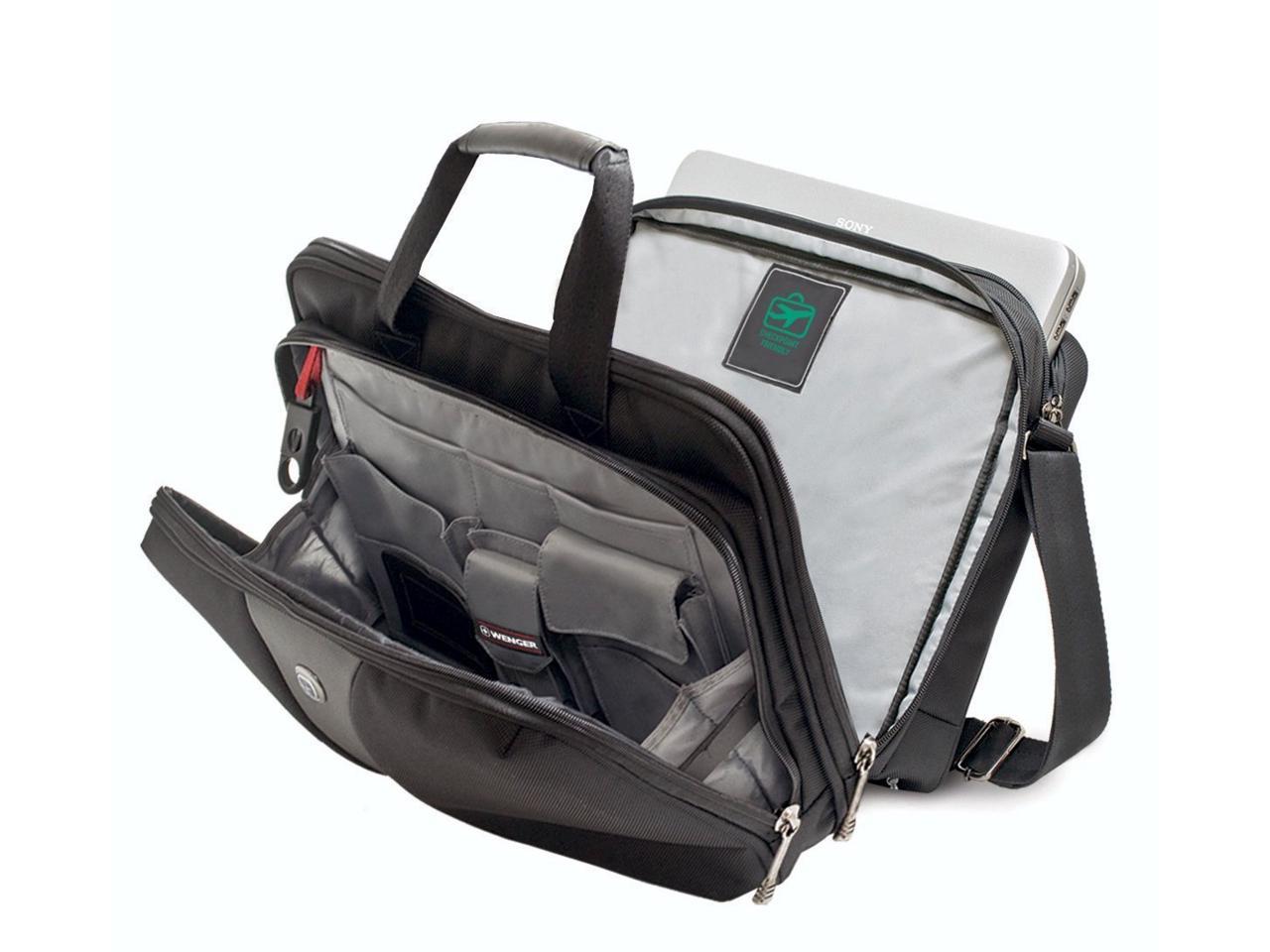 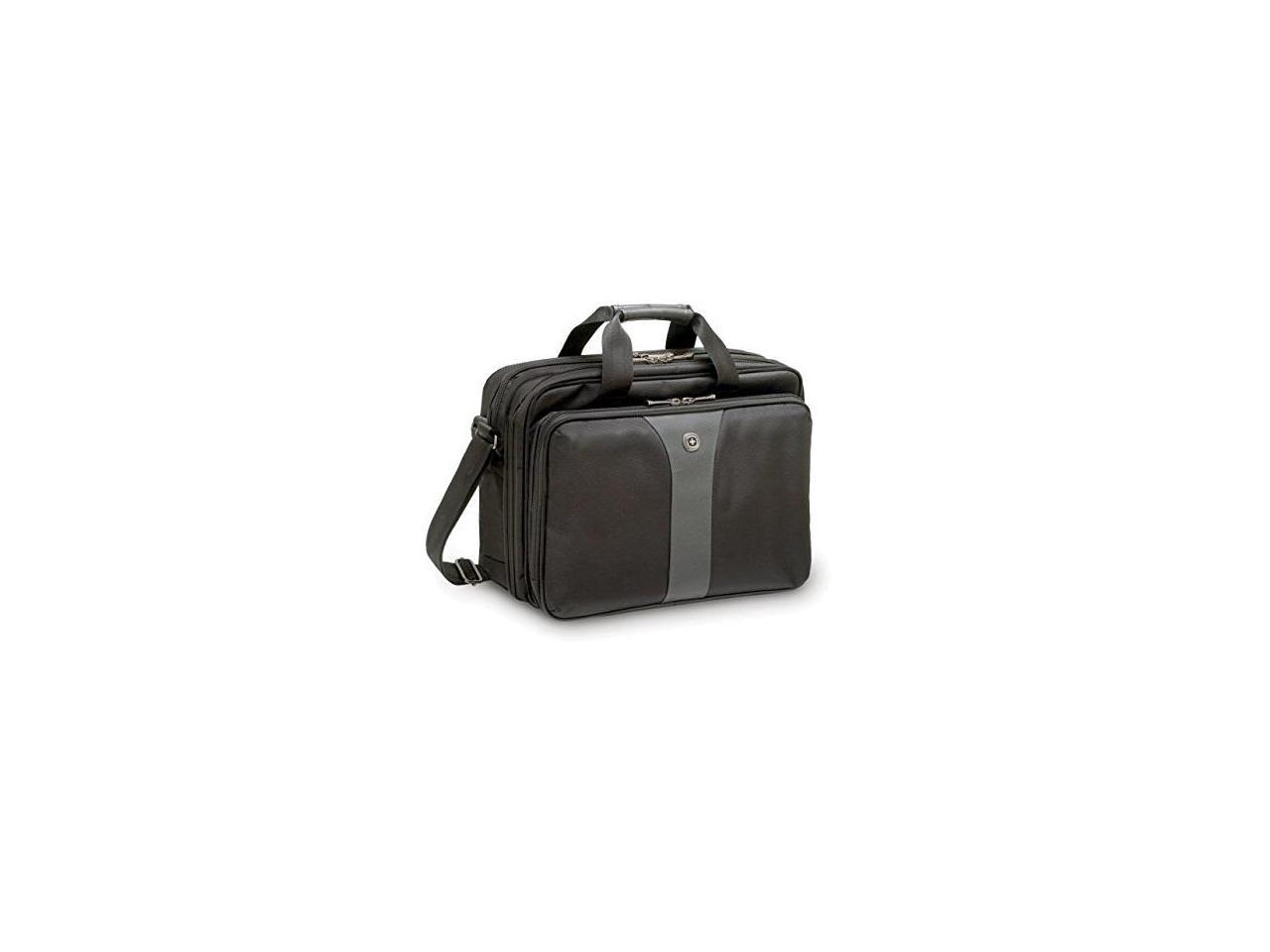 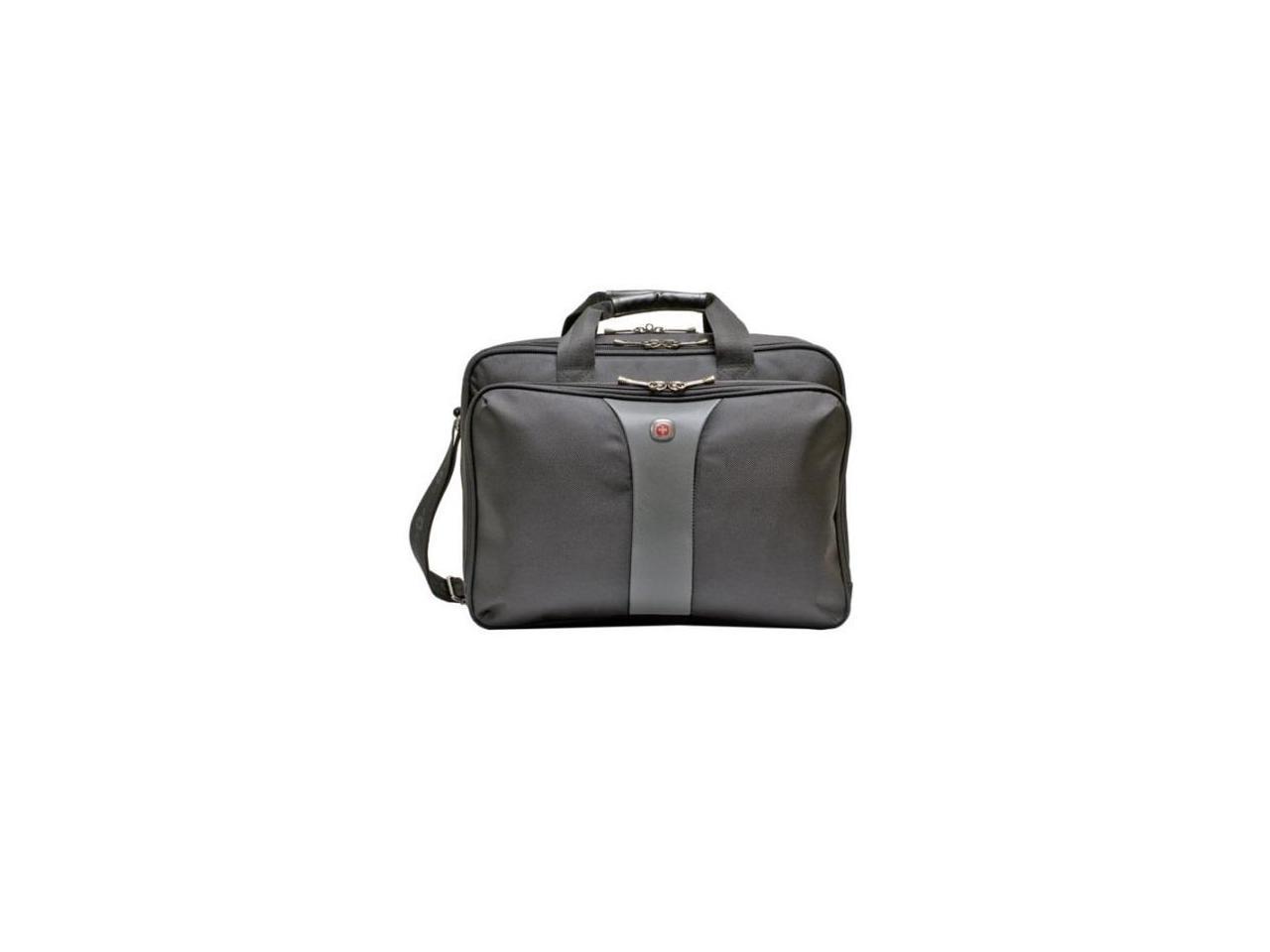 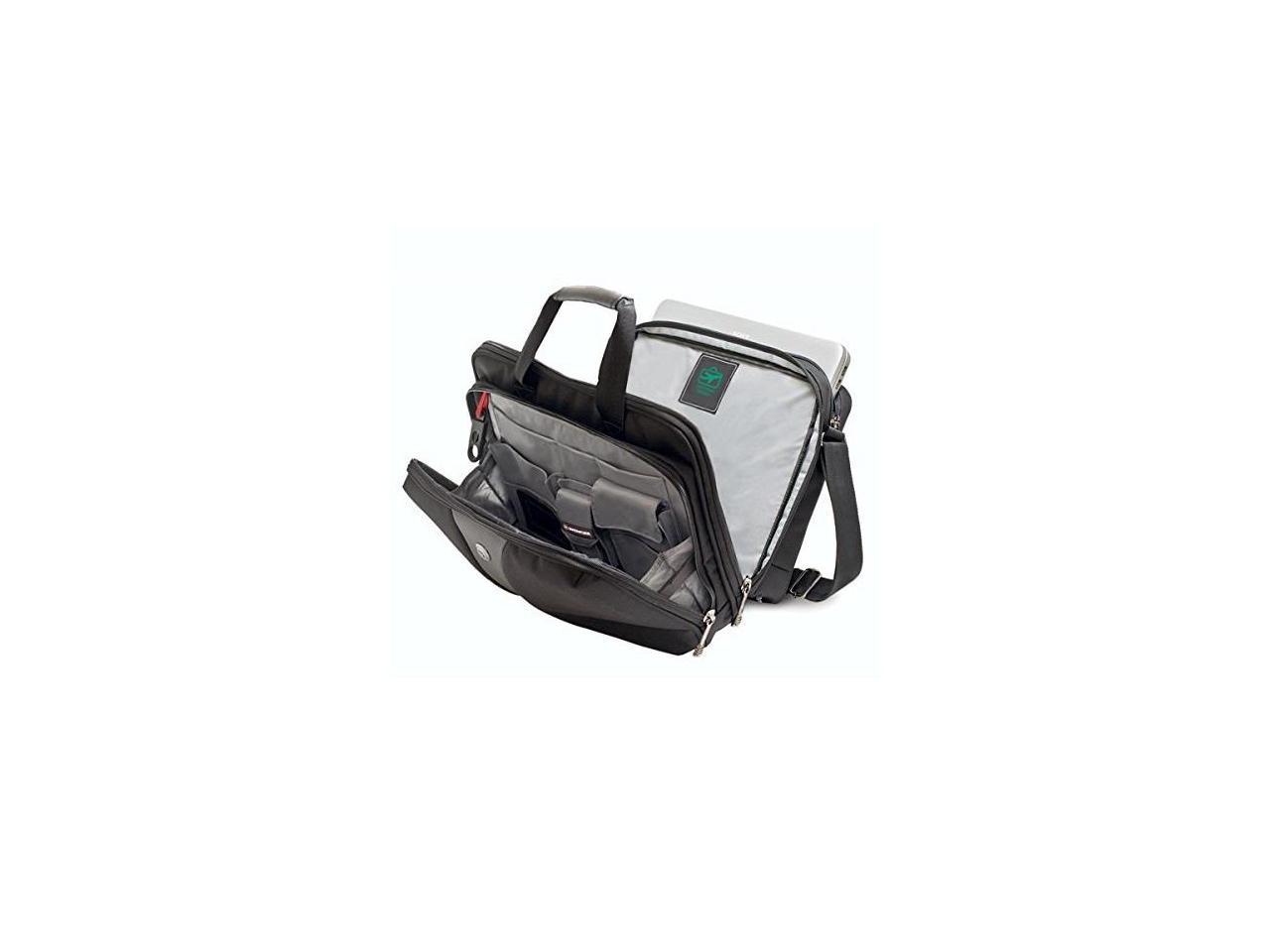 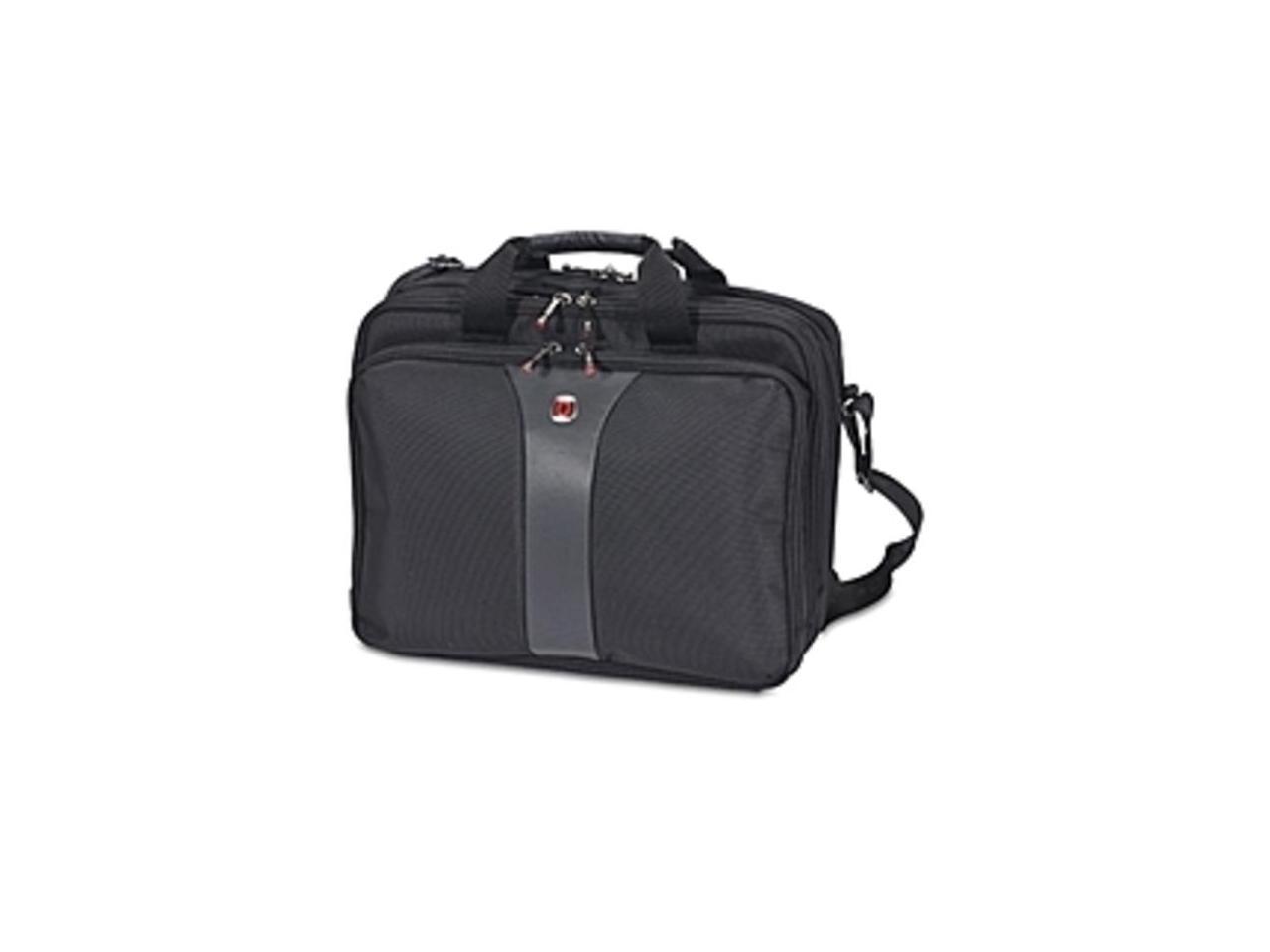 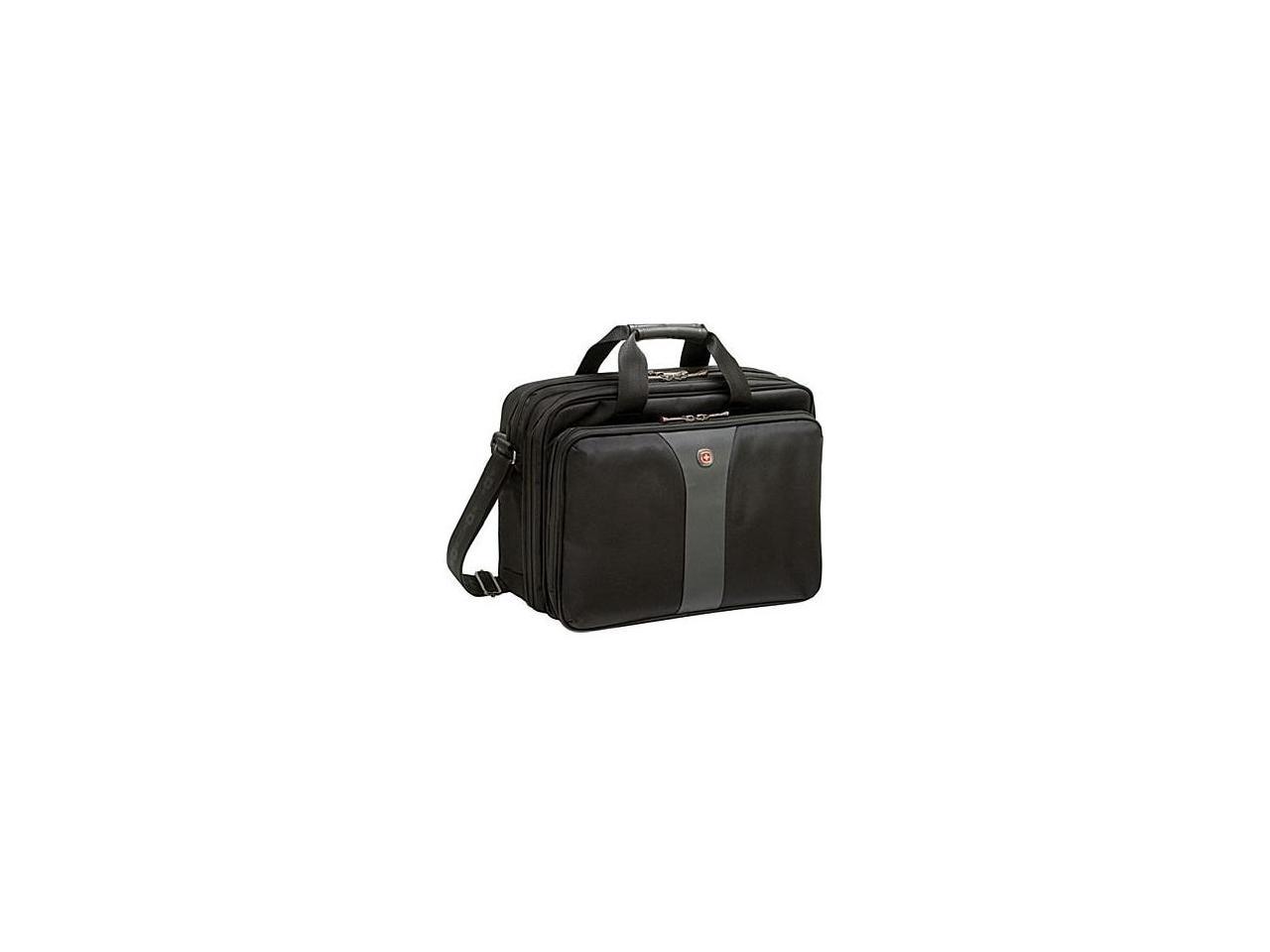 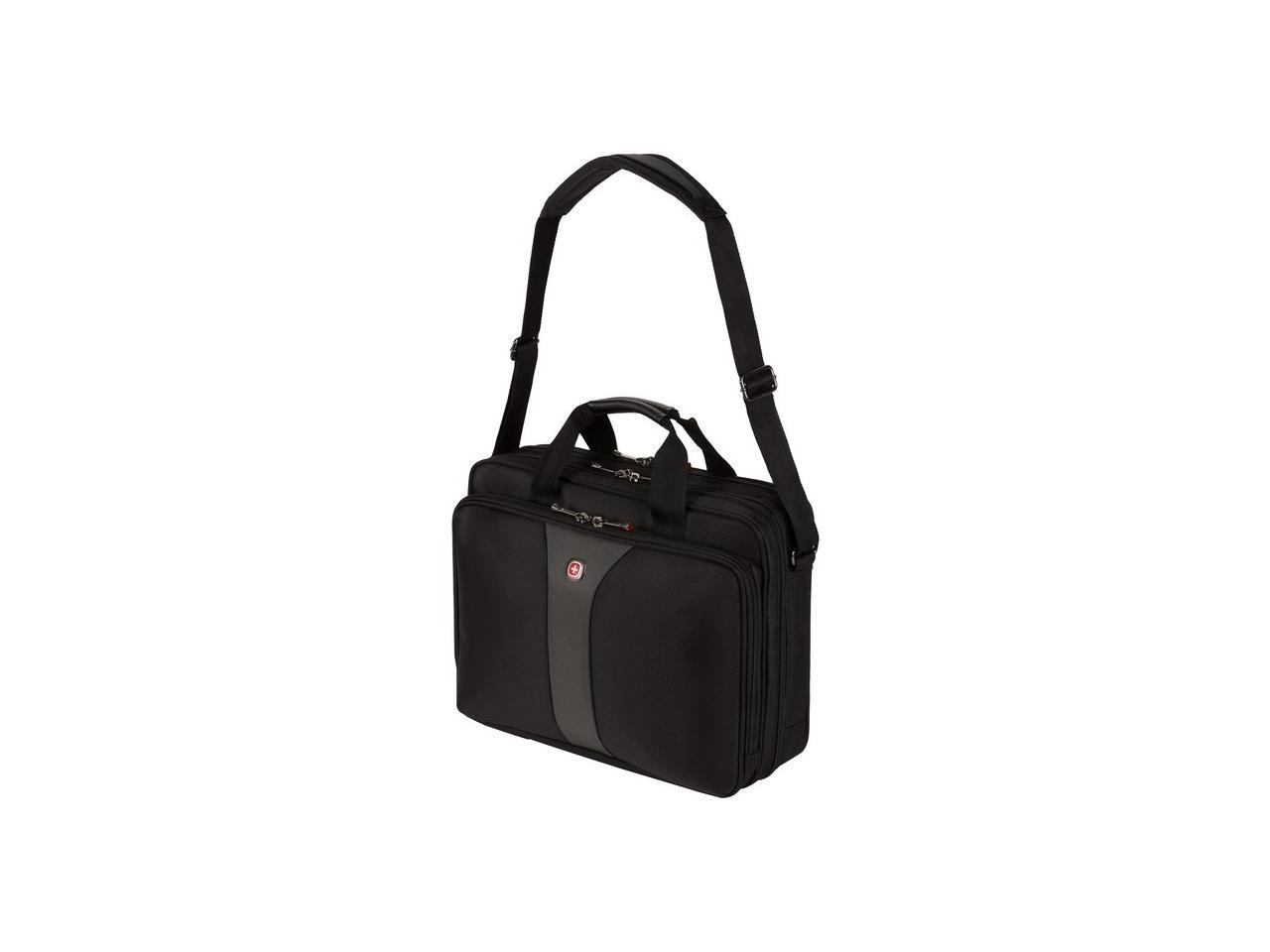 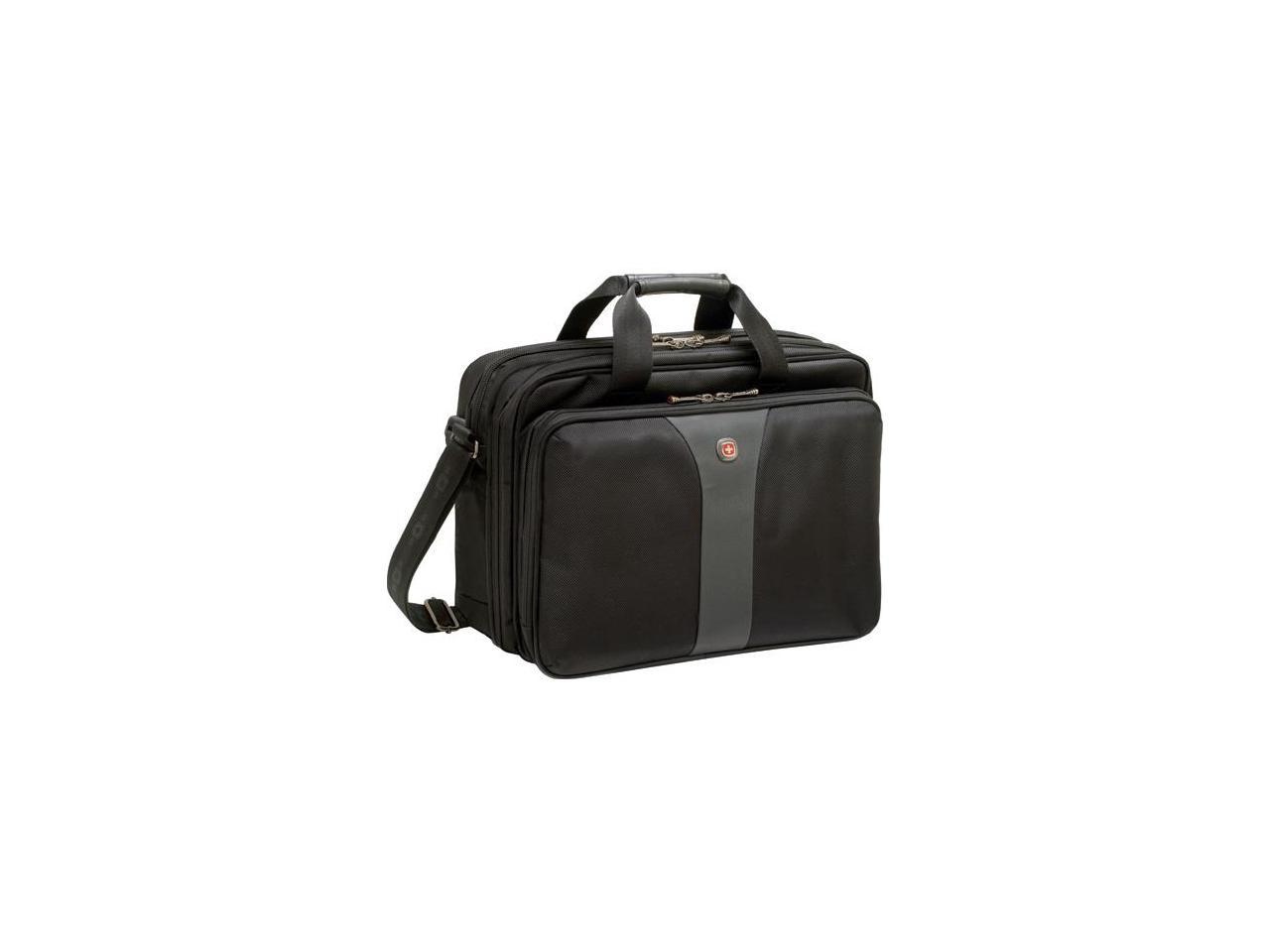 Overall Review: The two TSA checkpoints I went through still made me remove the notebook from the bag so while the bag may be TSA checkpoint friendly.....the TSA is not bag friendly.

Pros: Case works well for the computer and file storage. I like that this bag is a top load and can be airport friendly. I used it at the airport a few times already and it helps speed things up not fumbling around trying to put the computer into one of those grey tubs. Just unzip and flip the case down the middle and toss it on the belt. I have a large computer and it holds it very well.

Cons: You can't remove the shoulder strap. My old bag had a clip on should strap if you wanted to use the carry handles with no should strap. Not a big deal but the zipper pouch inside only has one zipper so you can only zip it one way as opposed to 2 zippers and zipping them from center like the outer zippers are. (not a deal breaker)

Overall Review: I like this case and shopped around alot. I went to many of the big stores but their prices were higher and they did not have this model. I knew what I wanted and this fits the bill.

Pros: I've had this bag for over two years and is yet to show any real signs of wear. There's a little bit of warping on the cardboard insert in the front because i've had to carry it in the rain numerous times, but all the zippers are completely fine, the strap is like new, and the stitching hasn't come loose anywhere at all. I've been using this bag as a replacement for a backpack, and the compartment in the back is capable of holding up to about 3.5 inches worth of books/binders, which in most cases has been plenty enough for my uses. The front pouch is easily accessible, and has plenty of space for storage, quite easily one of the better "accessory pouches" i've seen on a laptop bag. The handles may take a little getting used to, but once they're broken in it's quite comfortable to carry this bag with them. All in all, it's made of high quality parts and designed by people who know what they're doing.

Cons: The only thing I can think of after two years of use as a "con", would be that if you're carrying a laptop and a couple textbooks it is rather heavy (duh) and the straps tend to loosen/get longer, as the clip (or whatever it's called) isn't very tight. So if you're very particular about "the straps have to be such and such height or it's no good" you may need to use a safety pin or something similar to prevent it from slipping. Definitely not a big enough issue to warrant deducting an egg.

Overall Review: I carry a Dell XPS 15" from 2011 (aluminum top, but not the one that looks like a rip-off of a macbook) and it fits with no troubles using the extended battery, even when carrying plenty of other items as well. For a really really big computer, it might have troubles, but that would really only be in the width/height areas, as there is plenty of depth in this bag. Especially if you're not using the back pouch. If anyone is familiar with the really old Dell laptop cases back when they were giant, this bag is like a newer version of those cases. To those that aren't familiar with the old ones, that's a positive statement. If this bag were in some manner not in my possession (stolen/lost) or were destroyed (fire, flood, nuclear bomb, etc...) then I would buy another one of these in a heartbeat. I really hope that Swissgear continues to make these, and keeps the quality as high as it currently is.

Pros: Inside has ample storage, zippers move smoothly and have nice and heavy pull tabs, shoulder strap is a soft yet tight weave making it seem very strong. I feel very secure carrying a laptop in the bag.

Cons: Shoulder strap is non-removeable, but not that is not a big deal for me, but it might be for someone else

Overall Review: I am a "penny pincher", even when spending someone else's money. I usually buy inexpensive laptop bags (under $30), but I thought I would try this one for a little bit more money (not that this was expensive.) You can really tell you get what you pay for.

Pros: Sturdy, well organized, good padding for laptop, but still lightweight. Shoulder strap is comfortable even when loaded with laptop, charger, and several fat file folders. Double zippers on all compartments are handy. Appears to be well constructed with heavy-duty materials and attention to details.

Cons: File space in middle of case gives you about 2" to carry files or books, so depending on your needs that may not be enough. Biggest drawback is width of laptop compartment. My laptop measures 15" which *barely" fits into the case without rubbing the zippers. Add a USB receiver for wireless mouse or pointer, and you need to stretch the case a little to avoid scratching.

Overall Review: I have had other Wenger products that have lasted very well. Except for the tight fit of my laptop, I'm very satisfied with this purchase.

Pros: High-quality zippers; high-denier fabric; handles have a stiffener inside; shoulder strap is acceptable and nice-looking. The quality-per-price ratio is surprisingly high, unlike so many other products made today.

Cons: The shoulder straps are non-removable. Initially, I was disappointed, since I normally attach my own high-quality should strap with all of my bags. However, the stock shoulder strap on this bag is adequate and actually looks quite nice, and I didn't feel a need to change it.

Overall Review: This bag is perfect for a 15" Mac Book Pro. The first sleeve holds the laptop, and the second sleeve holds a large Grid-It pad where I attach the charger, magic mouse, and data cables. It also has just the right amount of room for an AiData foldable laptop stand and the Apple wireless keyboard. Give me a table and my bag, and I can set up a mobile workstation in two minutes.

Cons: I have a slightly larger than normal MSI 16F2 gaming notebook. It's not a sleek slim 15.6" either. It's thicker than normal due to the extra cooling necessary for the hardware. As such, the laptop BARELY fits and is very tight. you have to pull on the top edges of the opening to get the main zipper area to close. The extra bulge from this sort of pushes out on the side pocket making it harder to close up if you want to hold (as again in my case) a larger than normal power supply. I'm also one who prefers to use a full size mouse and it has a hard time fitting with the large power supply.

Overall Review: In summary, I would say if you have a larger powerful 15.6" laptop like an ASUS or MSI gaming notebook, get something bigger than this. Get a 17" laptop bag or a back pack style bag (which is what I'm currently looking at) so you can have the extra room the larger power supply and extra laptop bulk needs for a comfortable easy in/out fit.

Cons: It doesn't match my purple paisley pants. Other than that no cons.