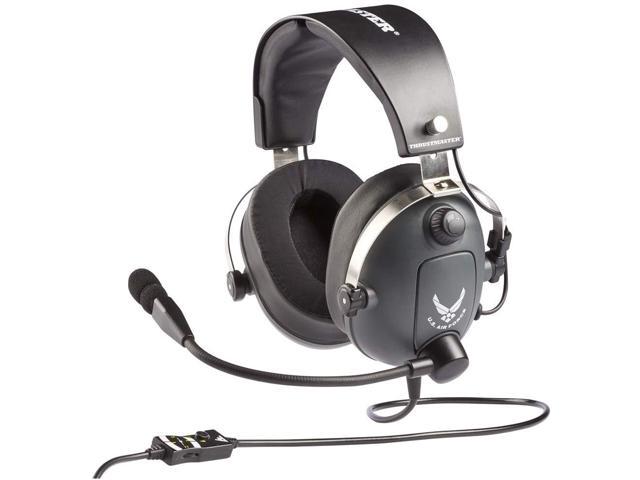 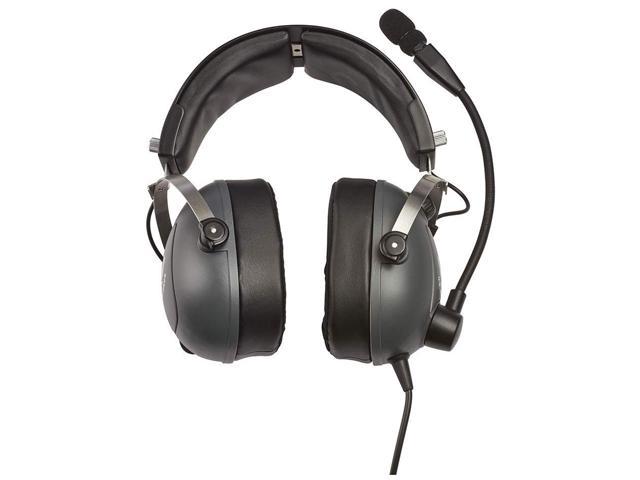 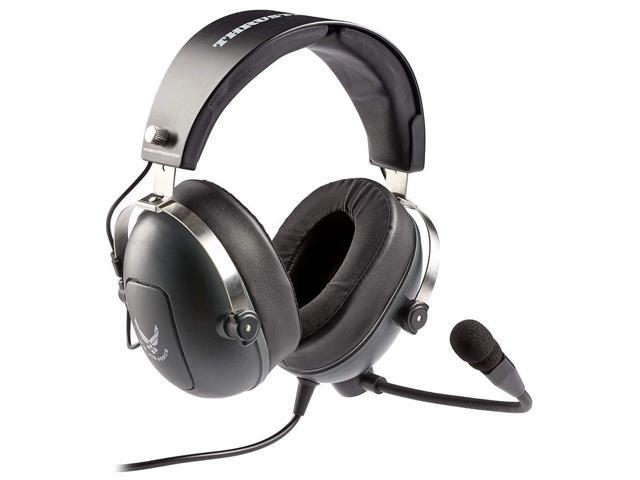 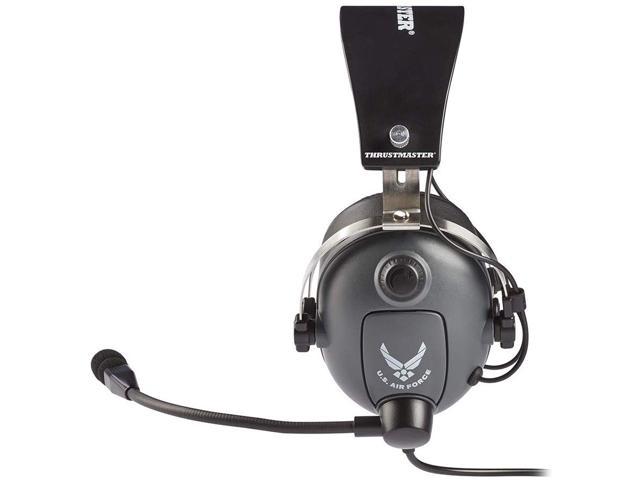 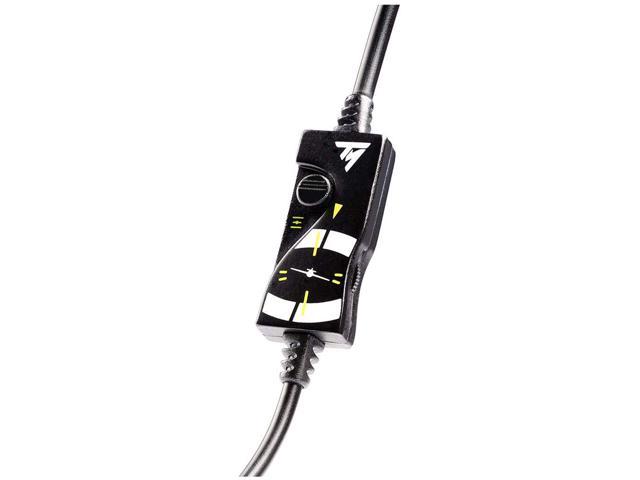 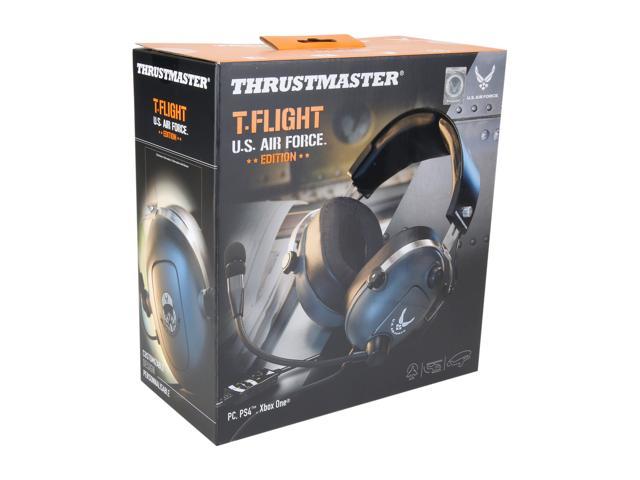 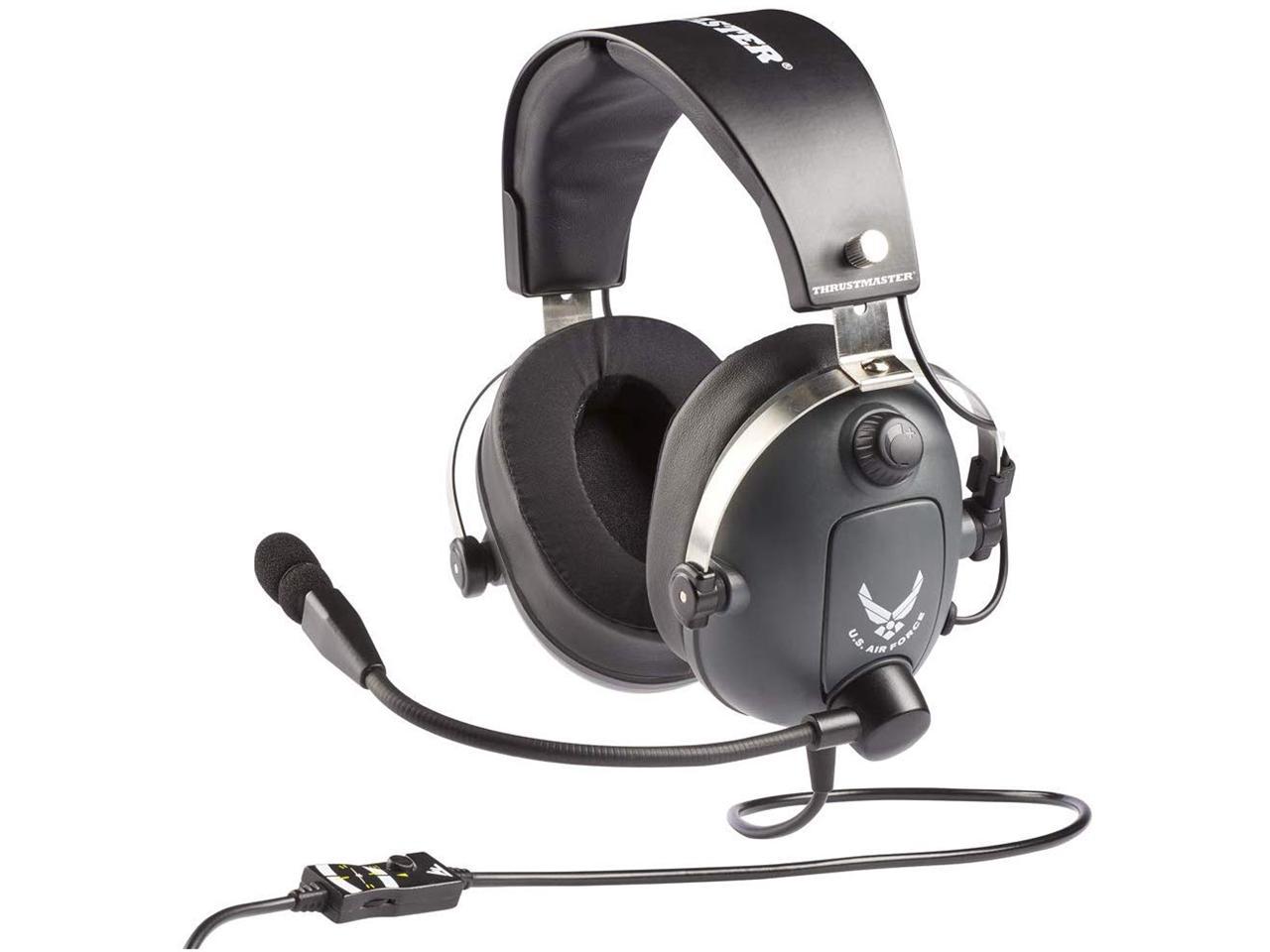 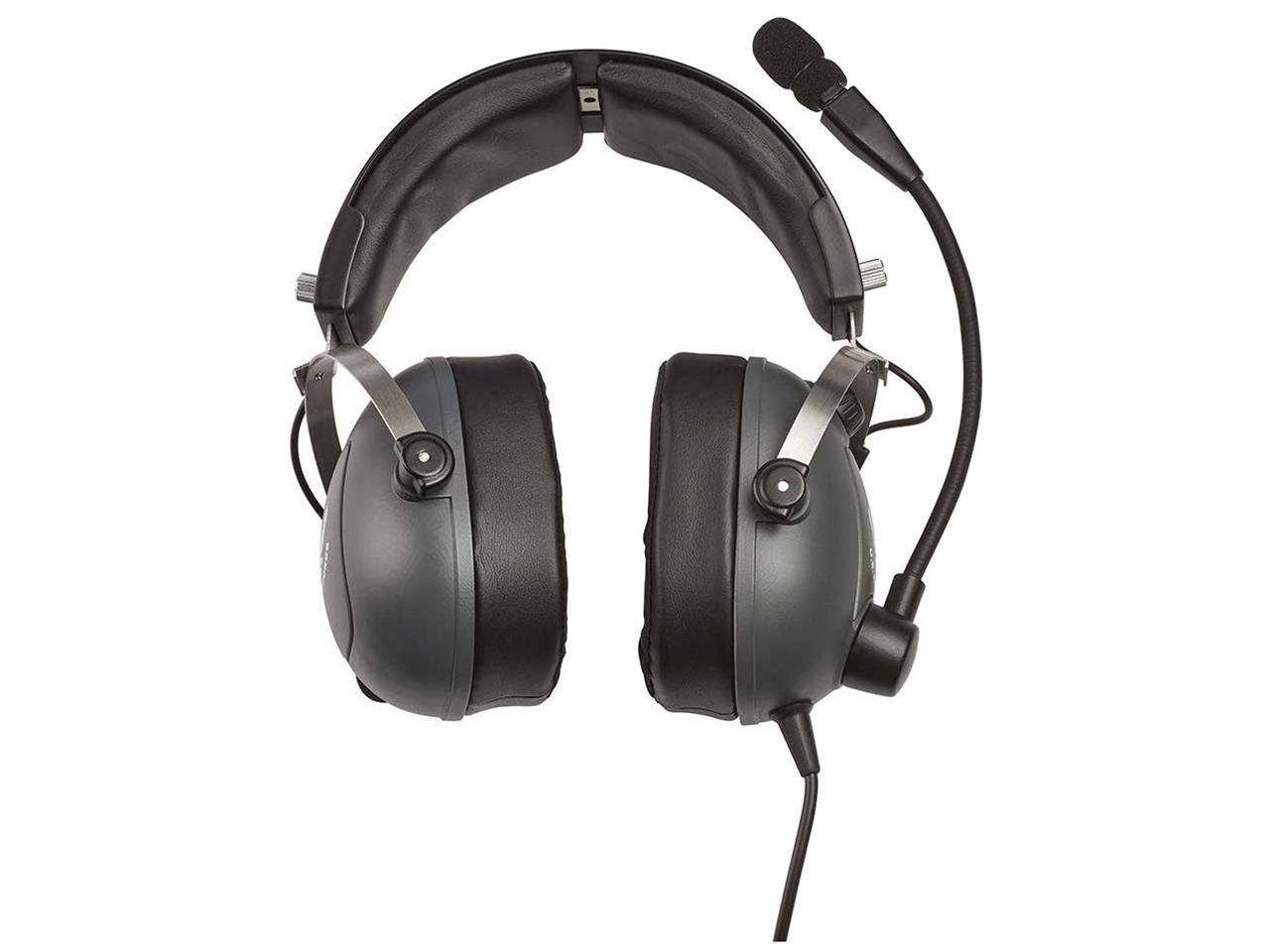 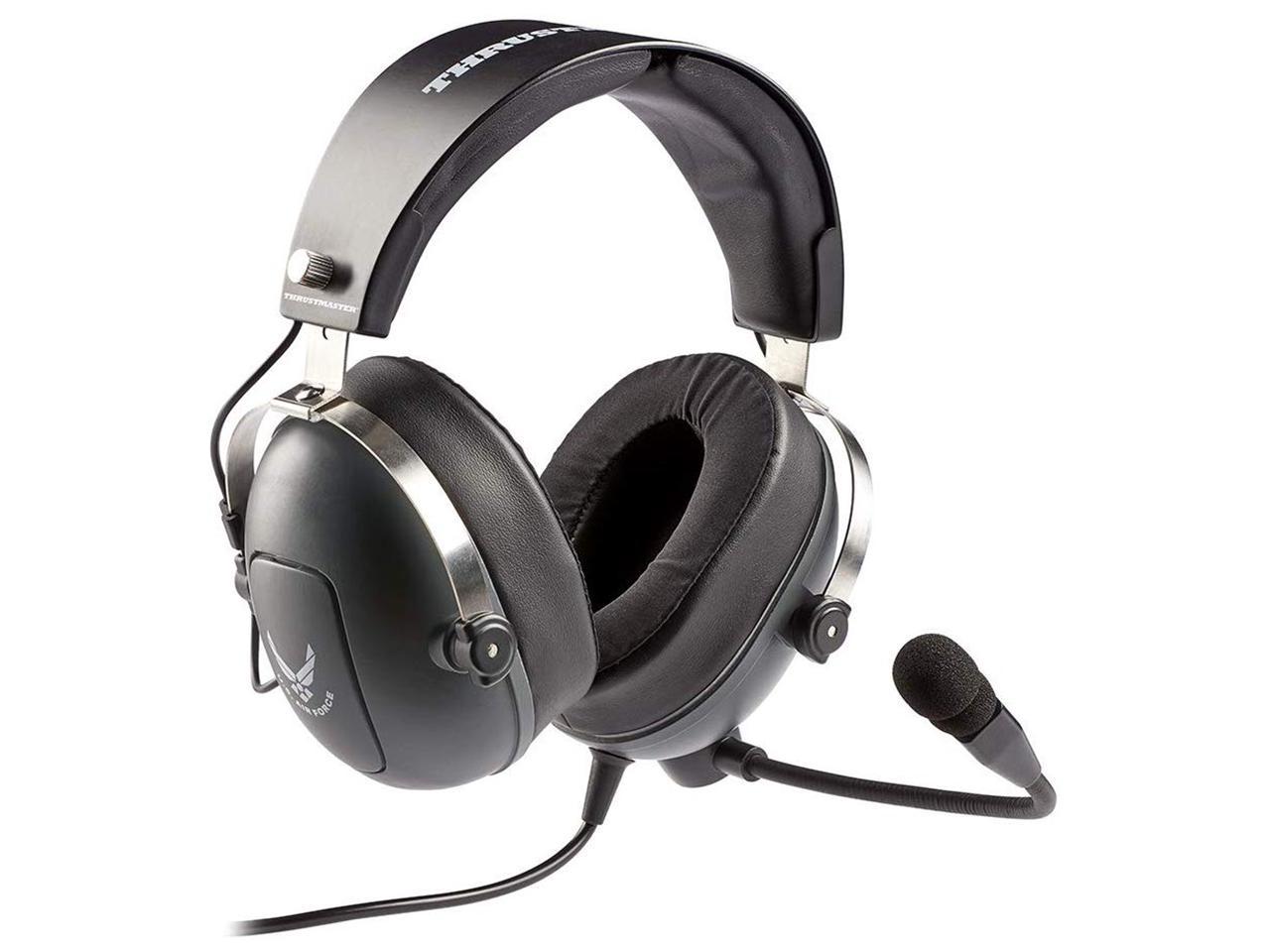 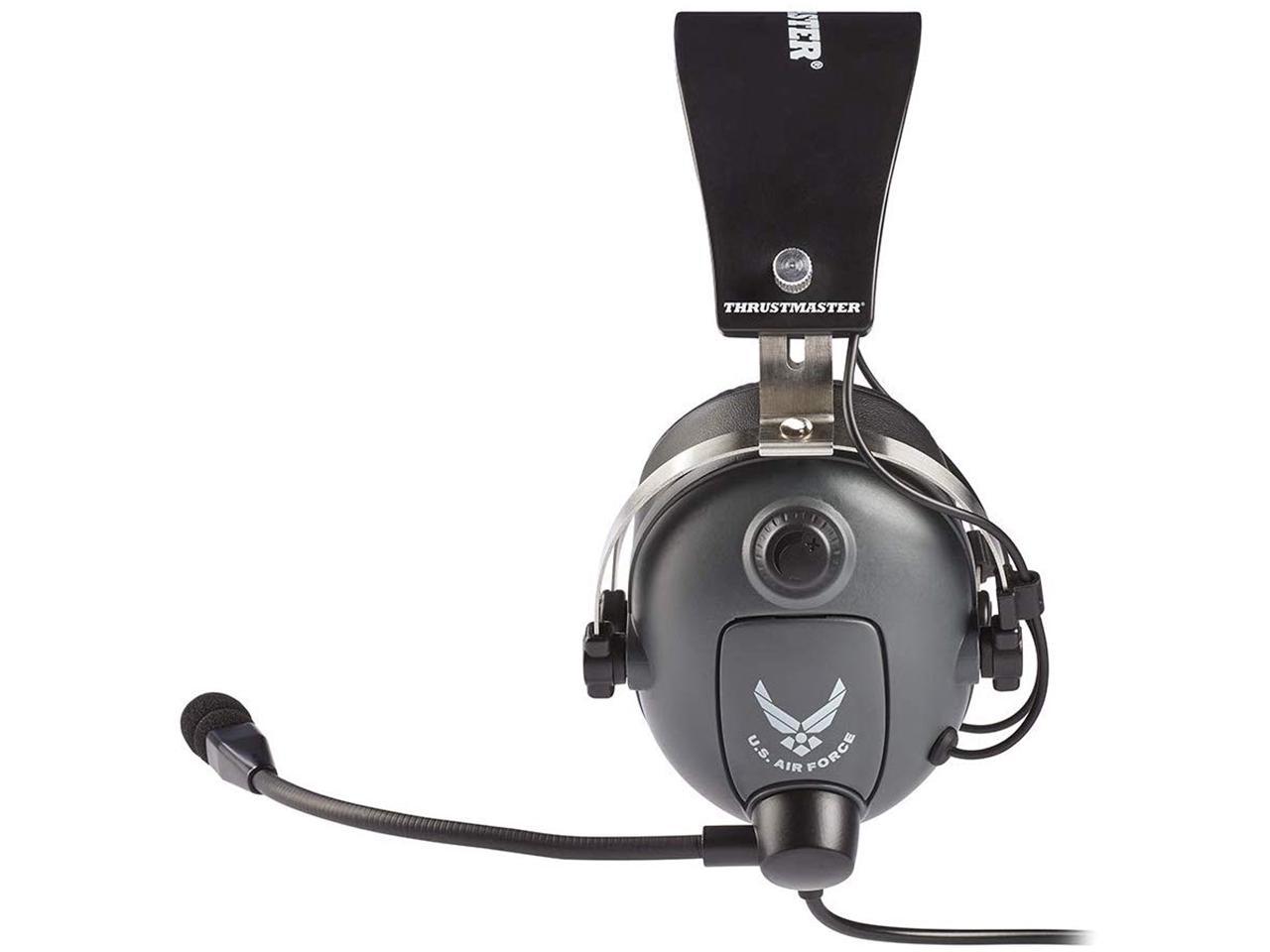 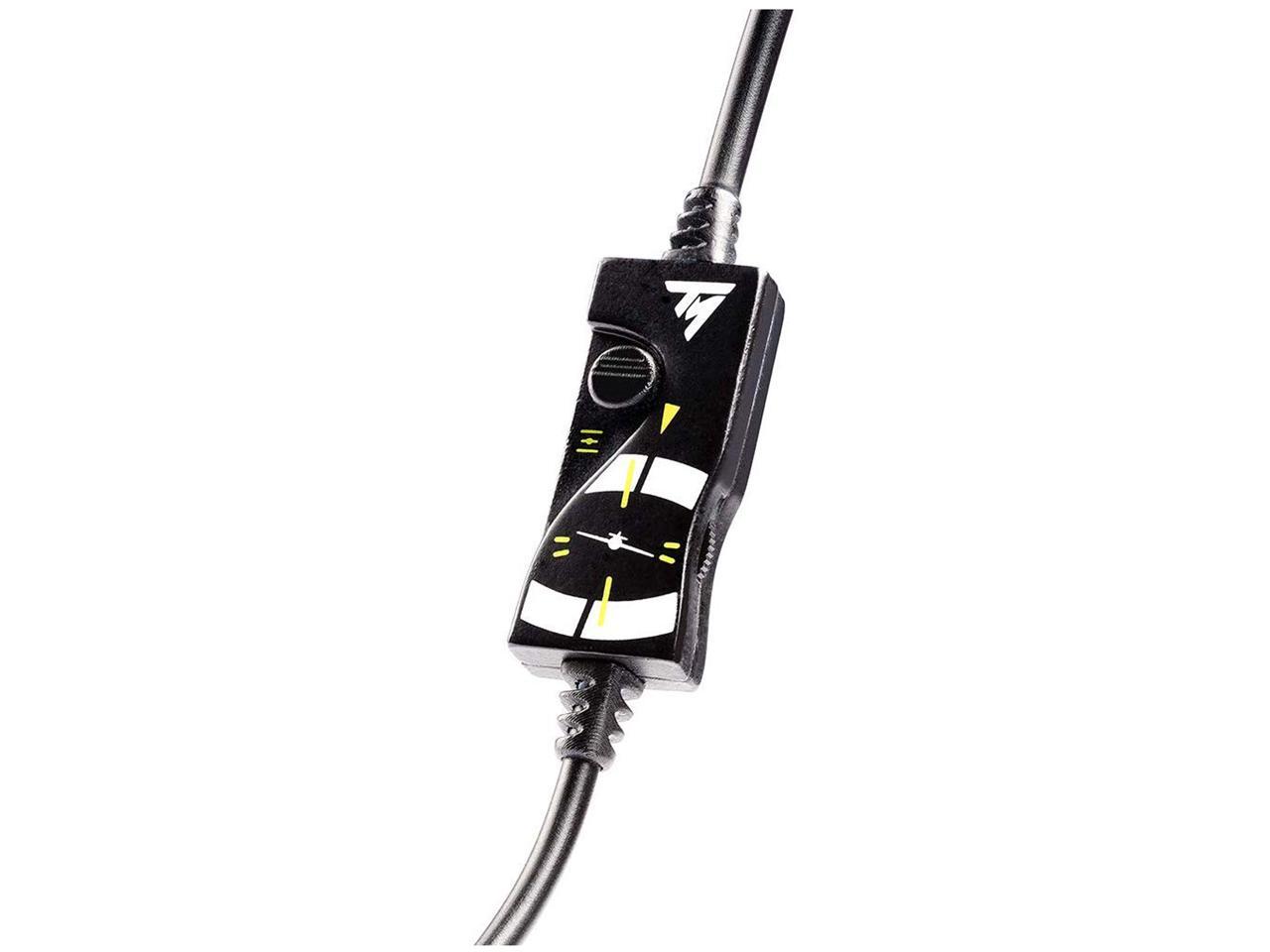 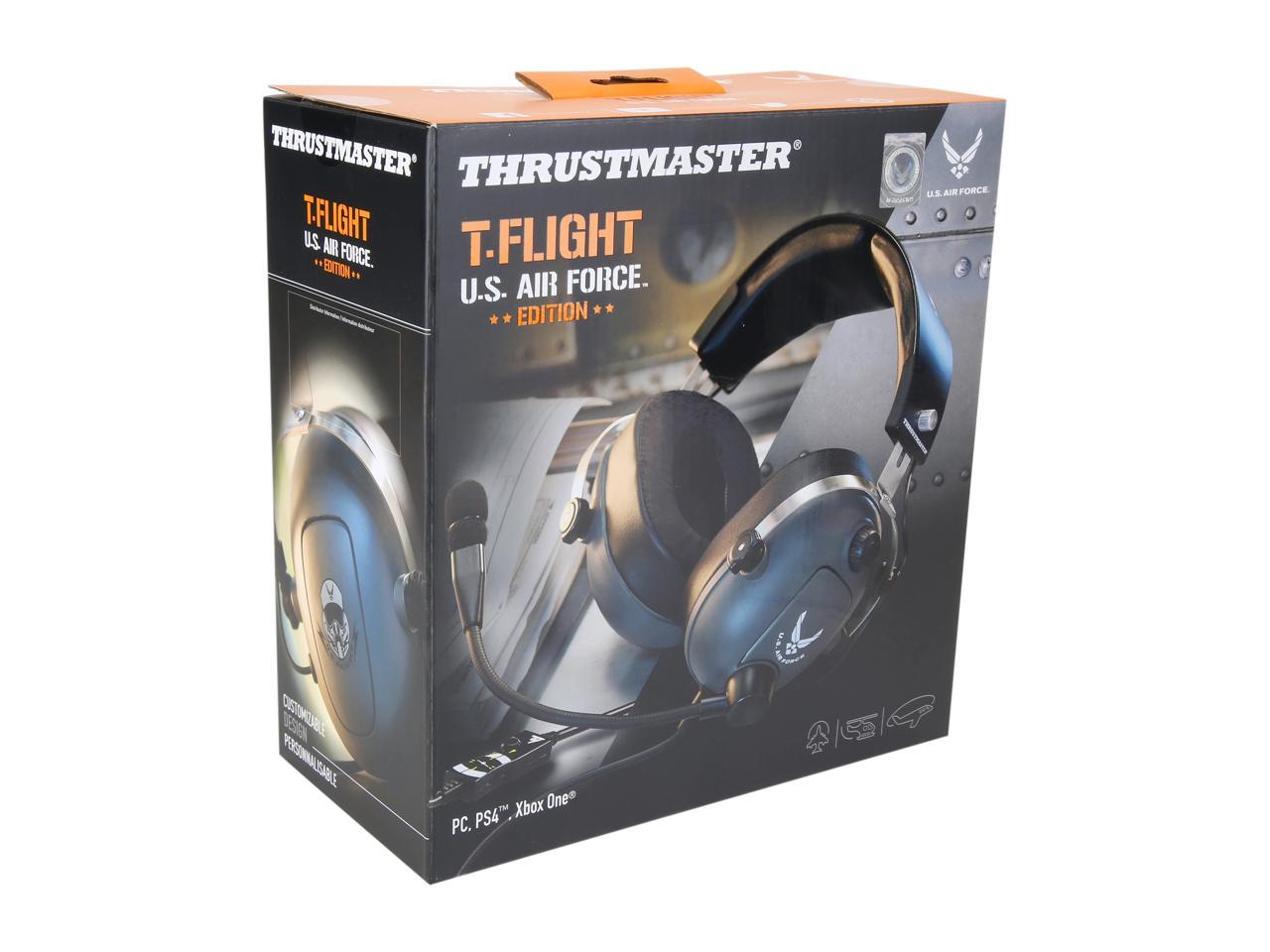 Equipped with 50 mm analytic drivers, this headset delivers crystal-clear audio fidelity with a stable frequency response, and its unidirectional microphone aims at only your voice for effective communication. 1-inch ear cushions are ultra-soft with an integrated gel layer, making them perfect for long gaming sessions. On-ear volume control knob is easy to access, and an inline remote puts mic and mute control at your fingertips.

The T.Flight U.S. Air Force Edition is a standout from the crowd as it's inspired by real-world pilot headsets. Its classic designs give it the look and feel of the actual headsets used by today’s pilots. This headset meets the exacting standards needed to carry the official license of the United States Air Force, one of the most respected military air wings in modern aviation history. Compatible with PS4, Xbox One, PC & Mac, the T.Flight U.S. Air Force Edition is an ideal solution for flight sims, aerial combat games, eSports and multiplayer games.

Designed for Comfort and Flexibility

Learn more about the Thrustmaster 4060104

Overall Review: Ok, so I have been thinking on this for some time since I received the headphones Monday. Frankly, I was impressed with the build quality but disappointed to a degree. I have been using Plantronics Gamecoms for years. My Gamecoms are cheap, but they sound fine for me and are really comfortable. There's abundant padding on the ears and on the bow which goes over the operator's head. They weigh in at 260g or so. There's a built in volume knob and mic mute switch and use standard 3.5mm connectors. They were about 35 bucks US when I bought them and I've been using them for years. For cheap, they sound good and don't get heavy, even after hours of gaming in VR. The TM unit weighs in at ~460g, and that was a big step up in weight...it's not a deal breaker, though. However, despite the fact that the foam cushions around the ears is abundant, there is little under the bow. This lack of padding and the heavy weight turns me off a lot. Moreover, the ear pads hit the Oculus headband, and I have to adjust the cans lower than I'd like to get a proper fit. I have a plan in place and will fashion a covered foam pad to fasten under the bow to increase the padding and provide more comfort. I'm particularly disappointed in TM for this glaring lack of attention. The padding thickness on the Gamecoms is 20mm compared with 10mm on the TM. One other "issue" is that the wind cover on the mic tip is held in place with a small grommet. This could be more secure since the foam cover fell off in my lap a couple of times during normal use; those who have small kids or pets should be aware of this since it can become a hazard (I have a small dog who likes to prowl for chewables...) Sound quality: I have good hearing, but am not an audiophile. The TM unit is not quite as loud as my Gamecoms, but it can be cranked up. I adjusted my sound settings in Win10 with the EQ to get m0@R V0luMe! and that helped. The mics on either are about the same, though I get some resonance through the ears on the TM that I don't get with the Gamecoms. The TM unit does a much better job at sealing out the environmental/gaming space noise than the Gamecoms do. I like value. In this case, I am still undecided on the value proposition these may offer. Surely I understand that it costs money to make these, so the price is not unfair whatsoever. For a hundred bucks, shipped, it's a "good deal". They look great, styled after David Clarks, and more comfortable than those if my memory of the days of wearing them serves me properly. Thoughts: I would have told TM to make sure there was enough cushion under the bow and to make the padding around the ears just a bit thicker. The lack of bow padding is a huge strike against them for me. If you're reading this, Claude, add much more padding under the bow... Are they worth it? Yeah, I think so...would I recommend them? Since I'm careful not to recommend anything I don't love myself, I have to say, "I recommend them only if you've read my points here". Do they have a lot of "cool"? Yep...my old Gamecoms are tired and well used. Did I switch back to my Gamecoms? Yes, and I will use the TM ones again once I make my bow cushion sometime in the next few days. Anyhow, this is longer than I wanted, but it's my persepctive. I got mine for 99 bucks...for 140, it's not a deal.