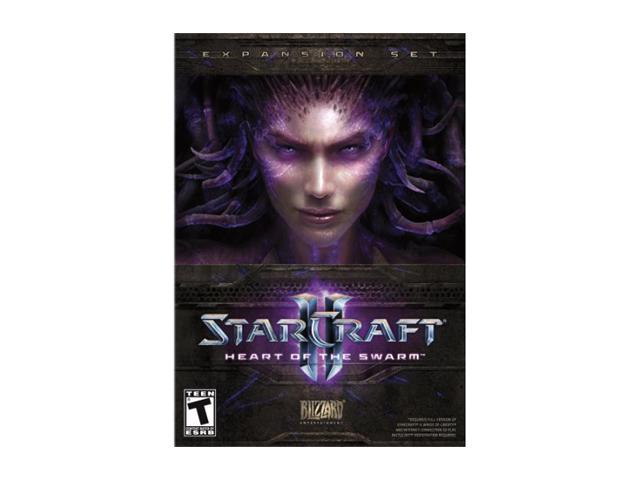 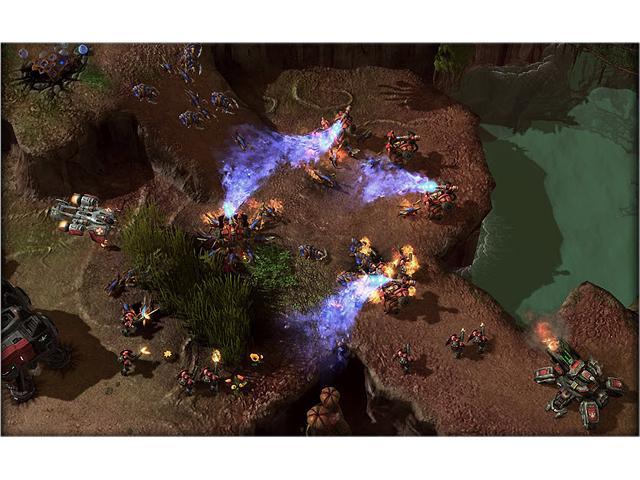 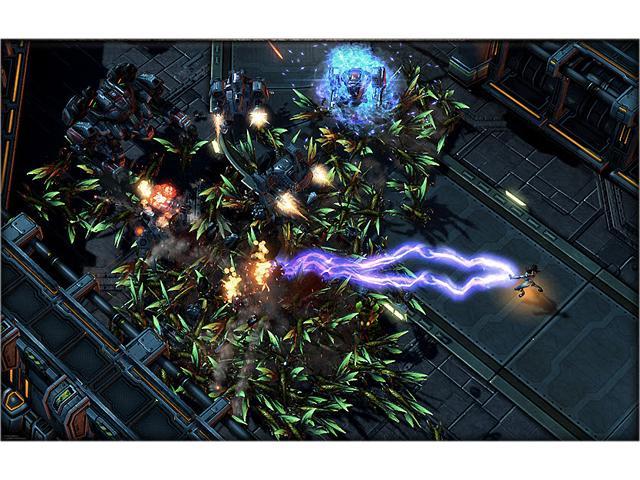 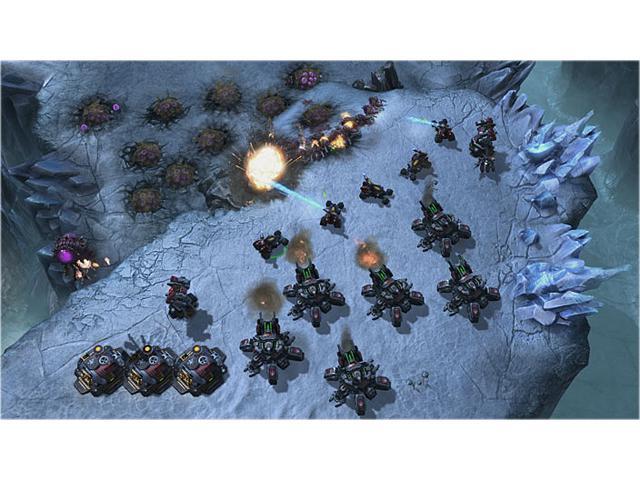 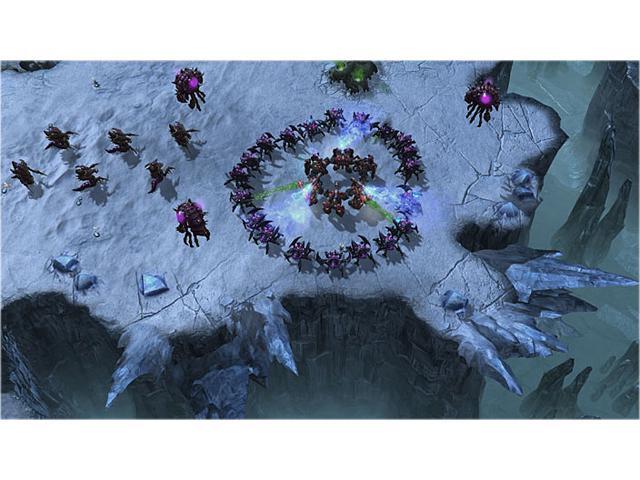 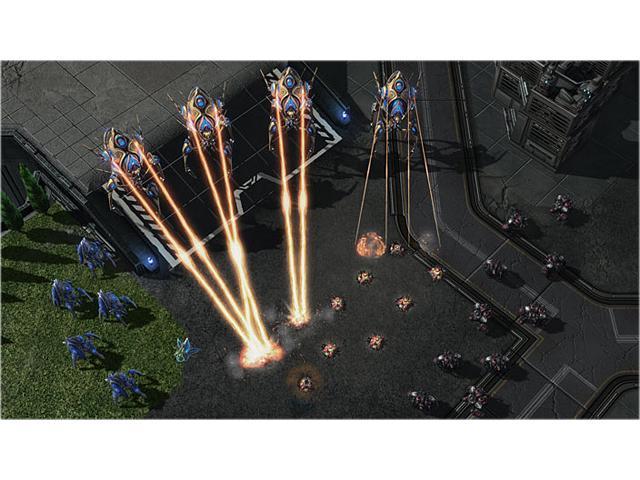 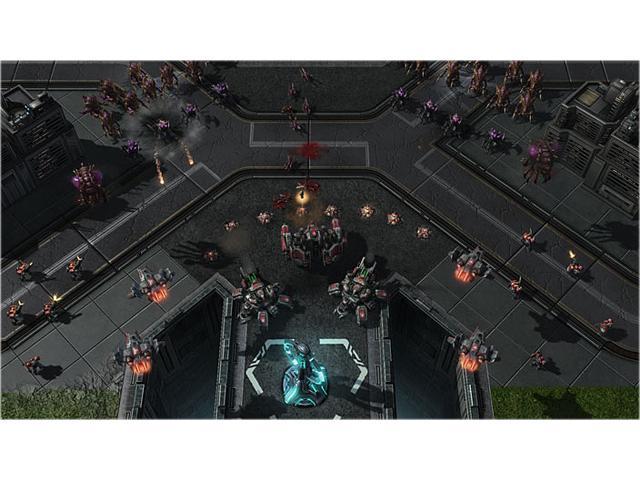 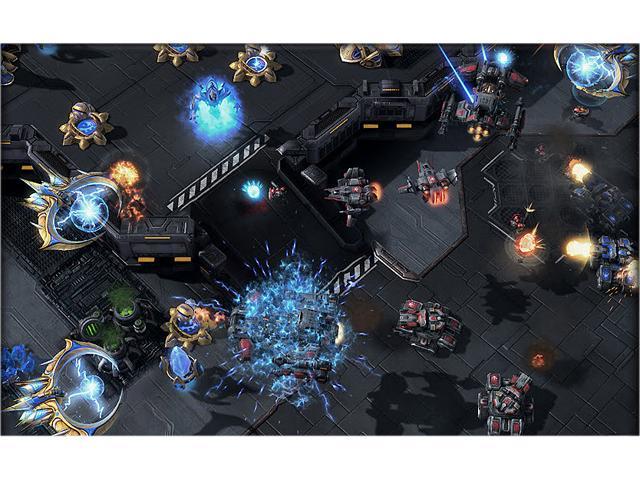 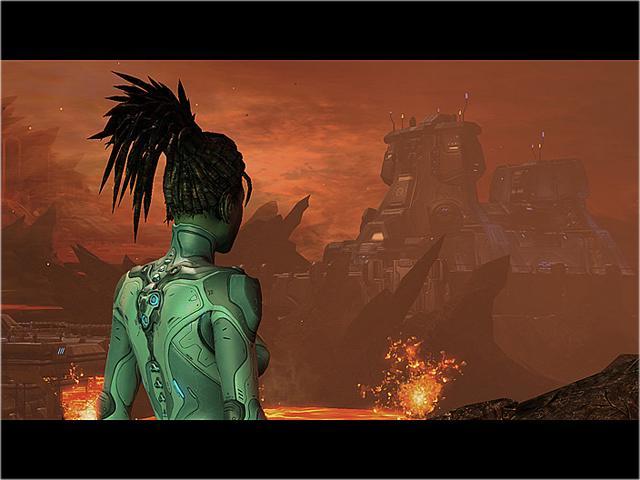 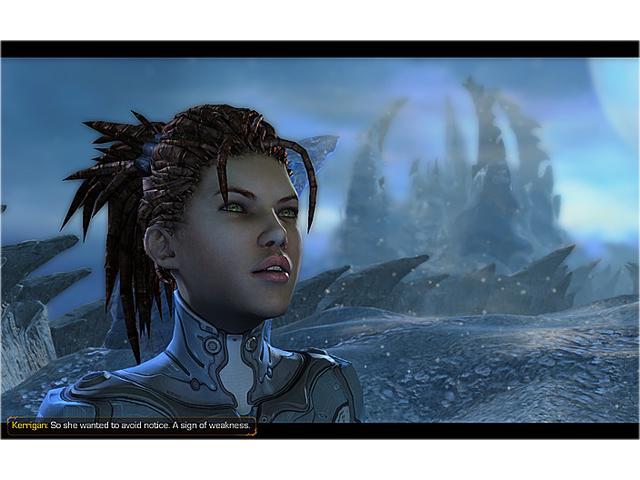 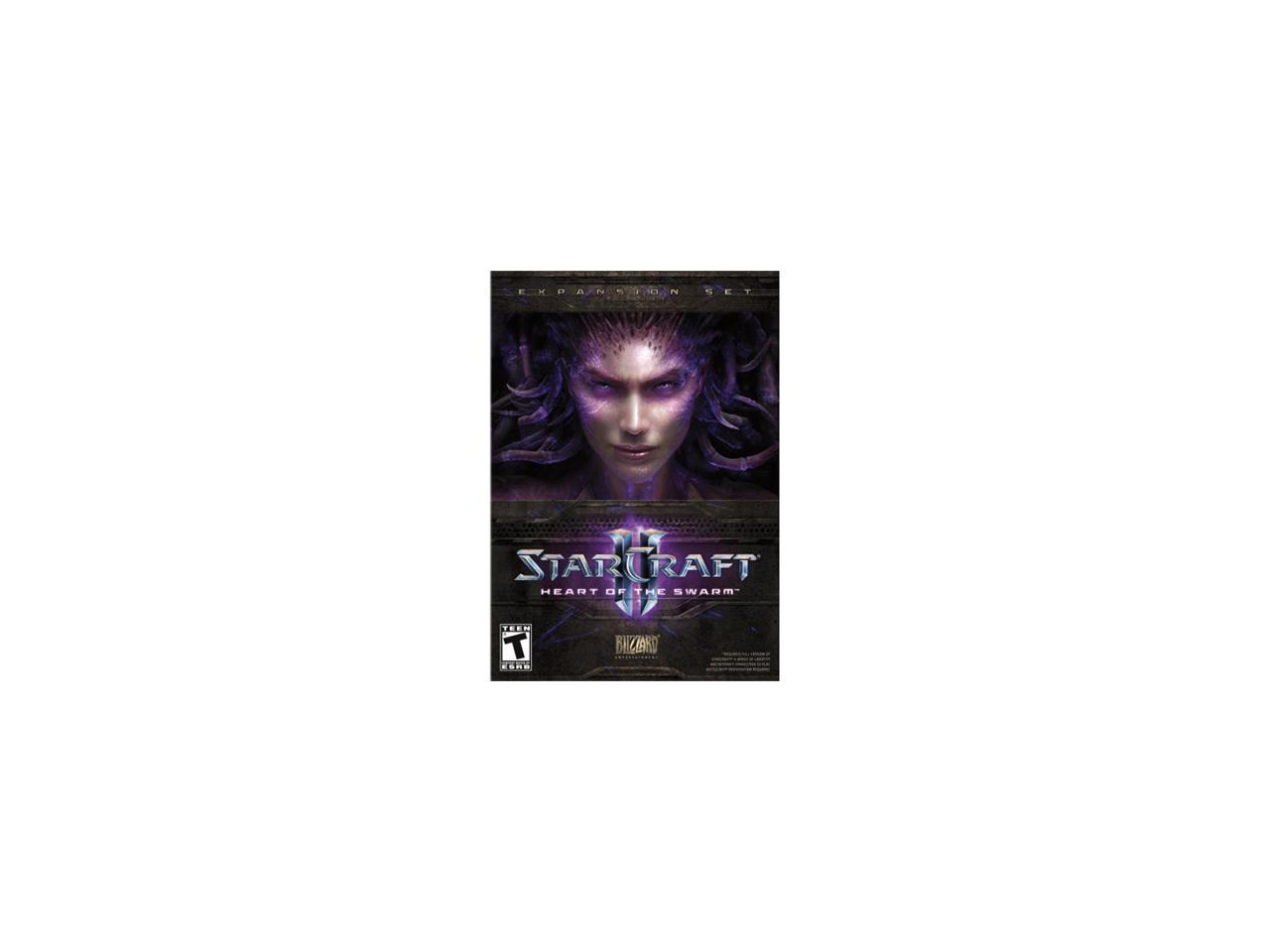 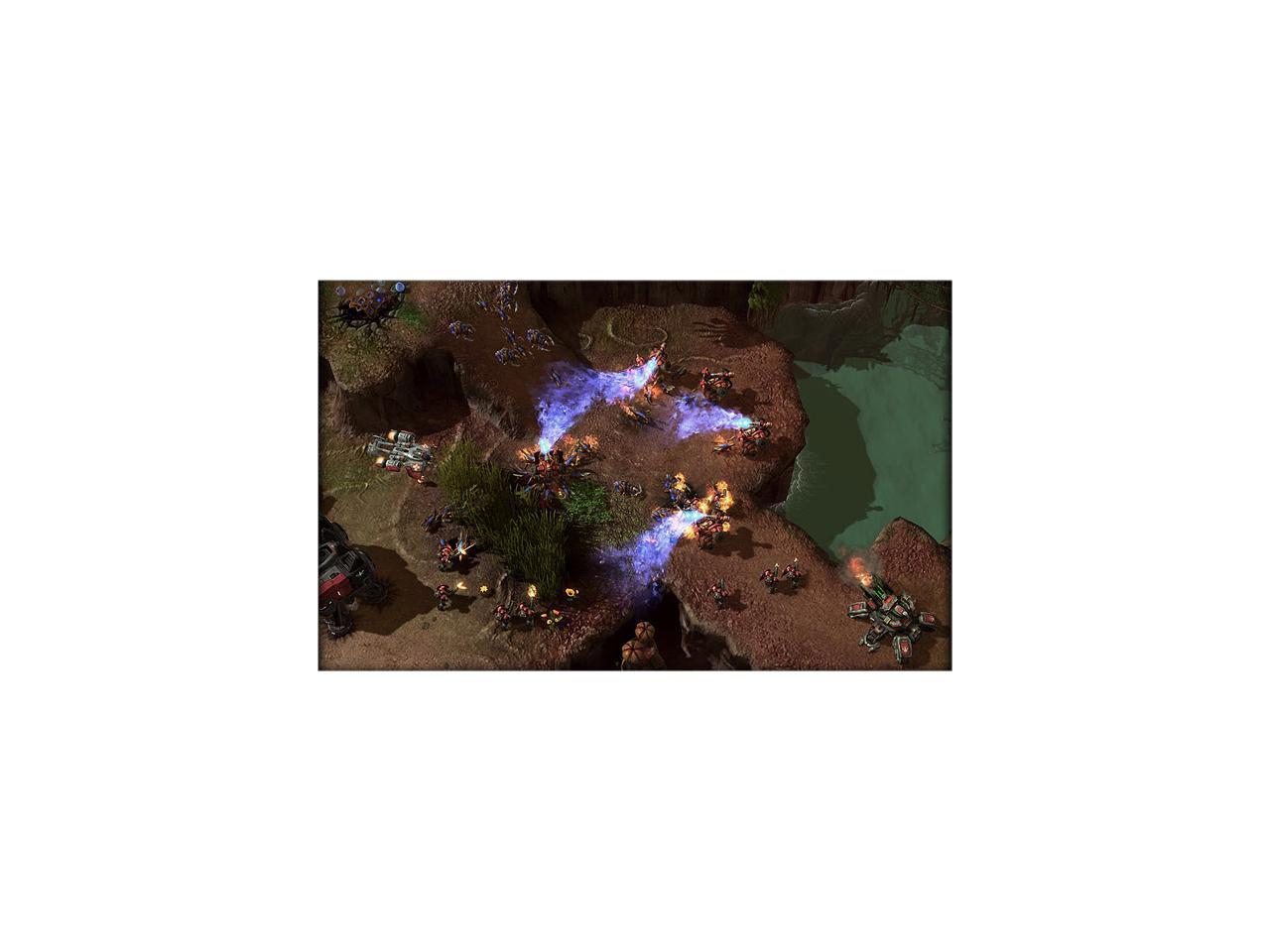 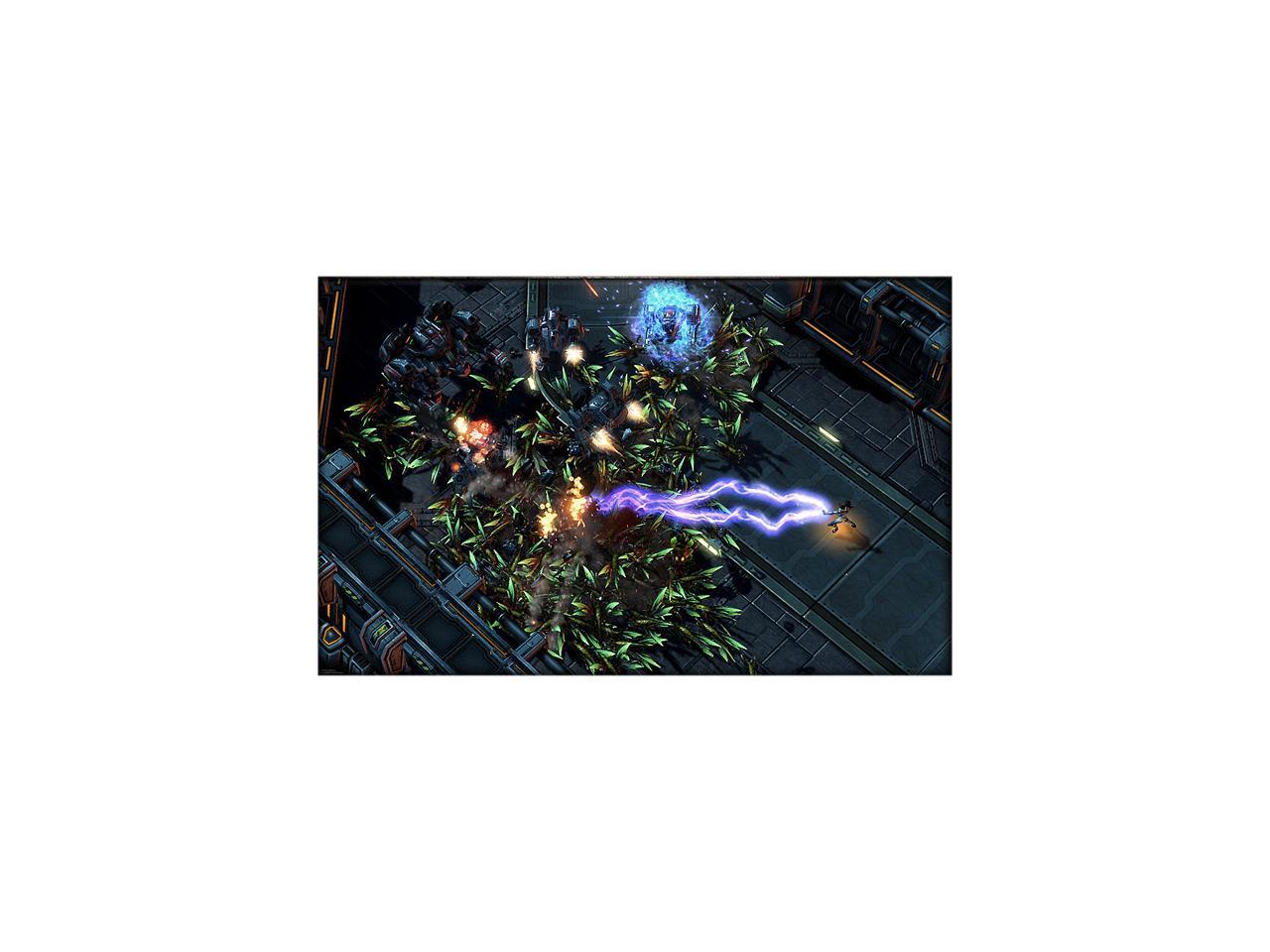 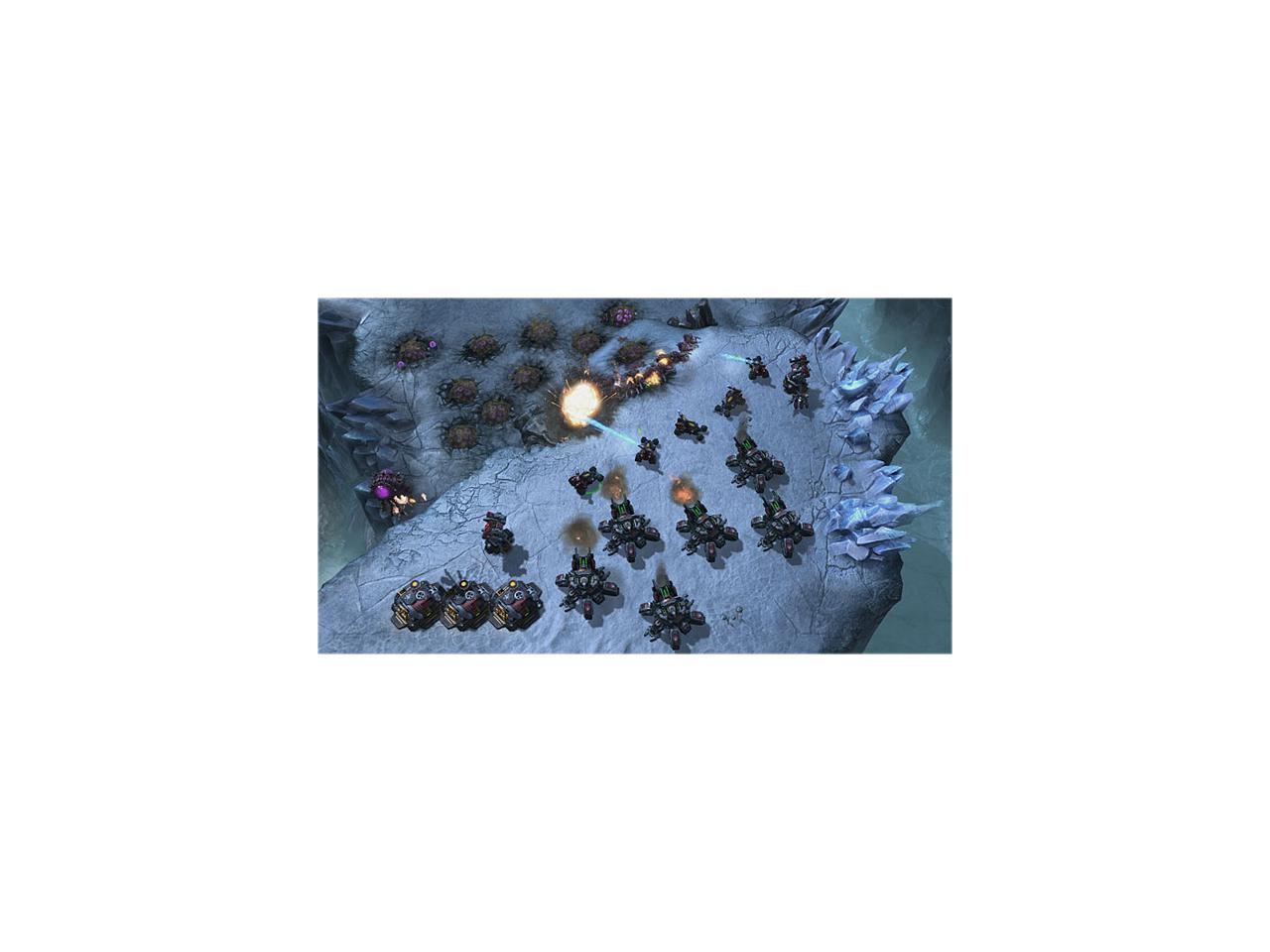 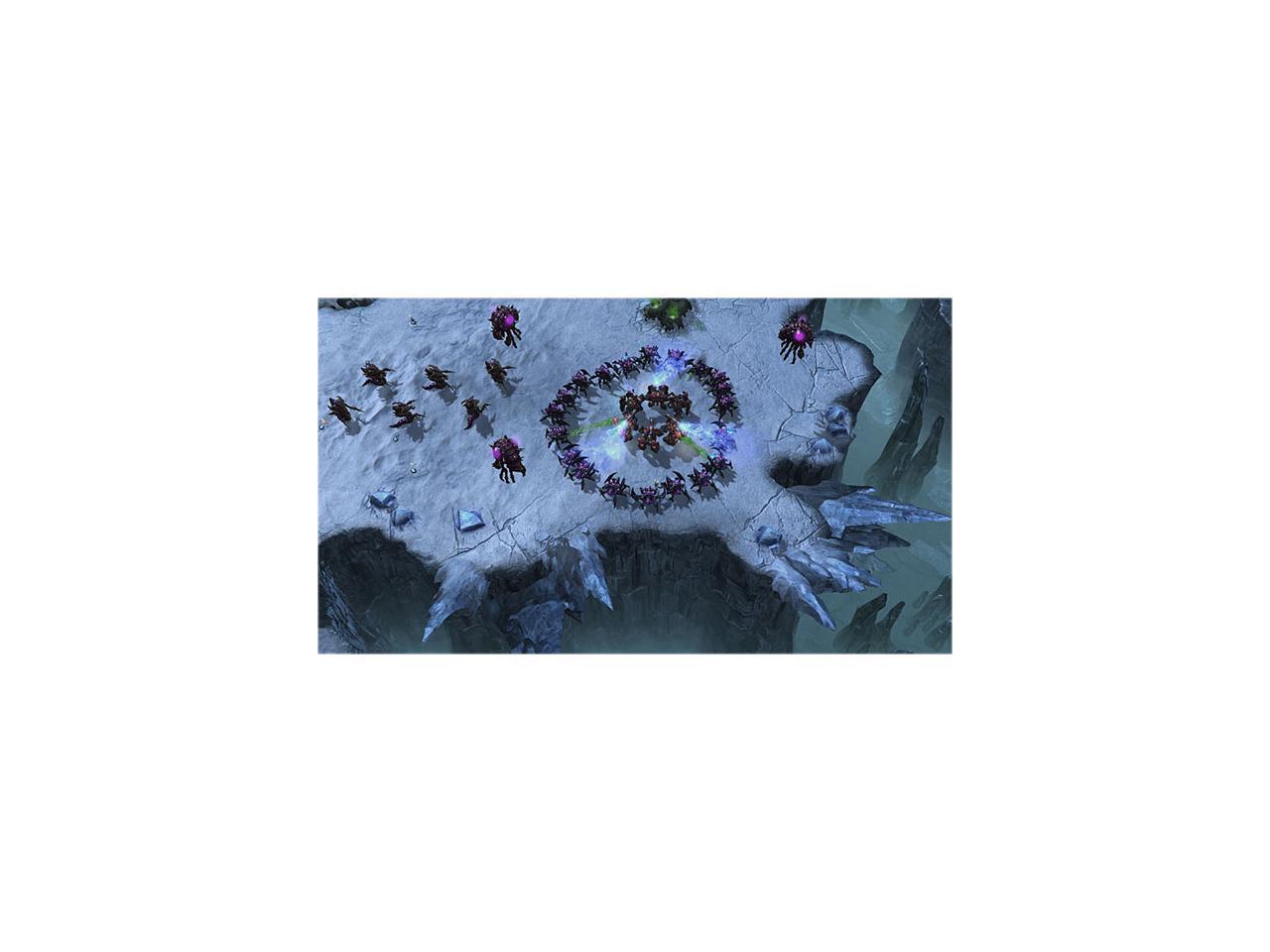 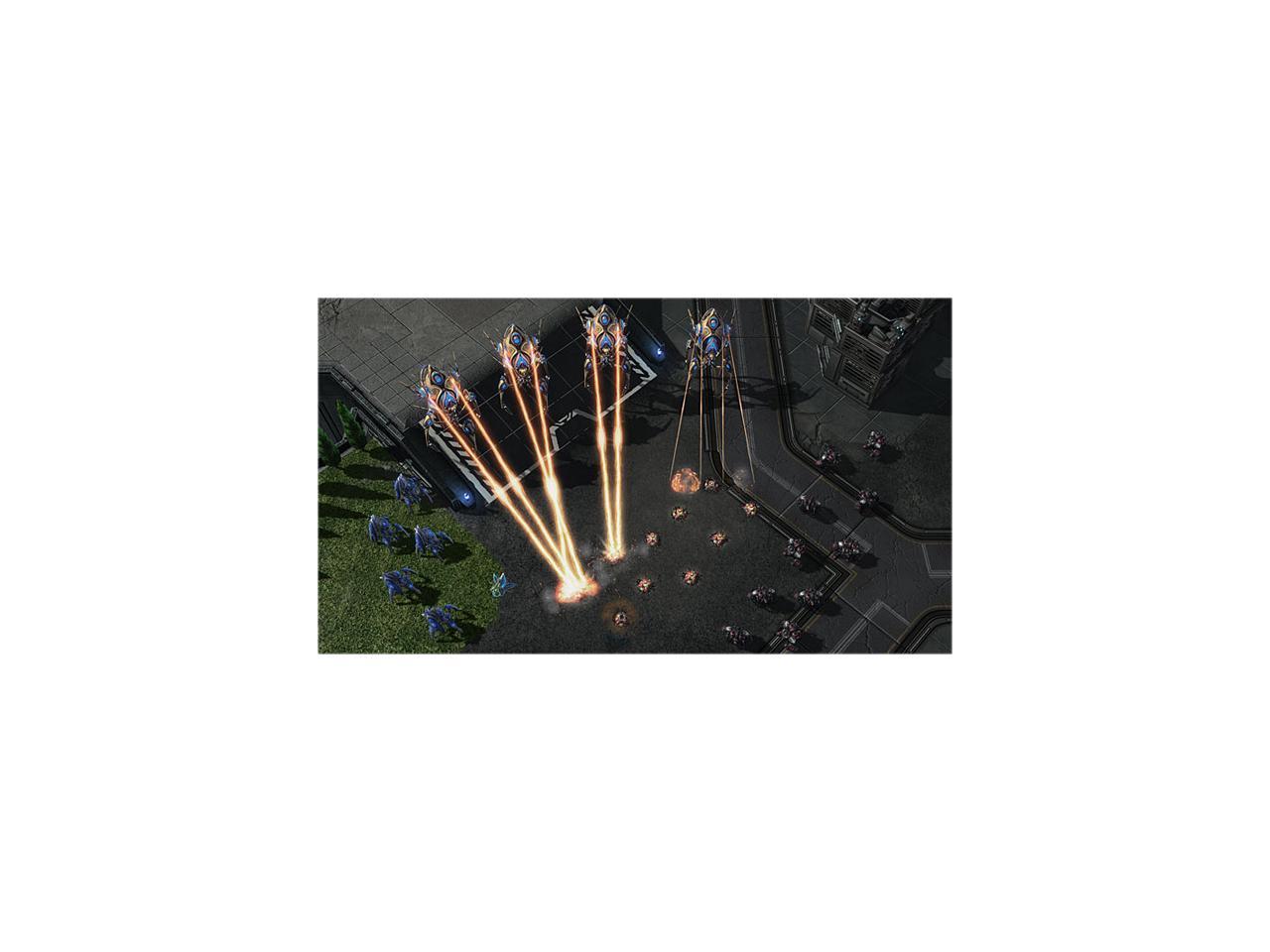 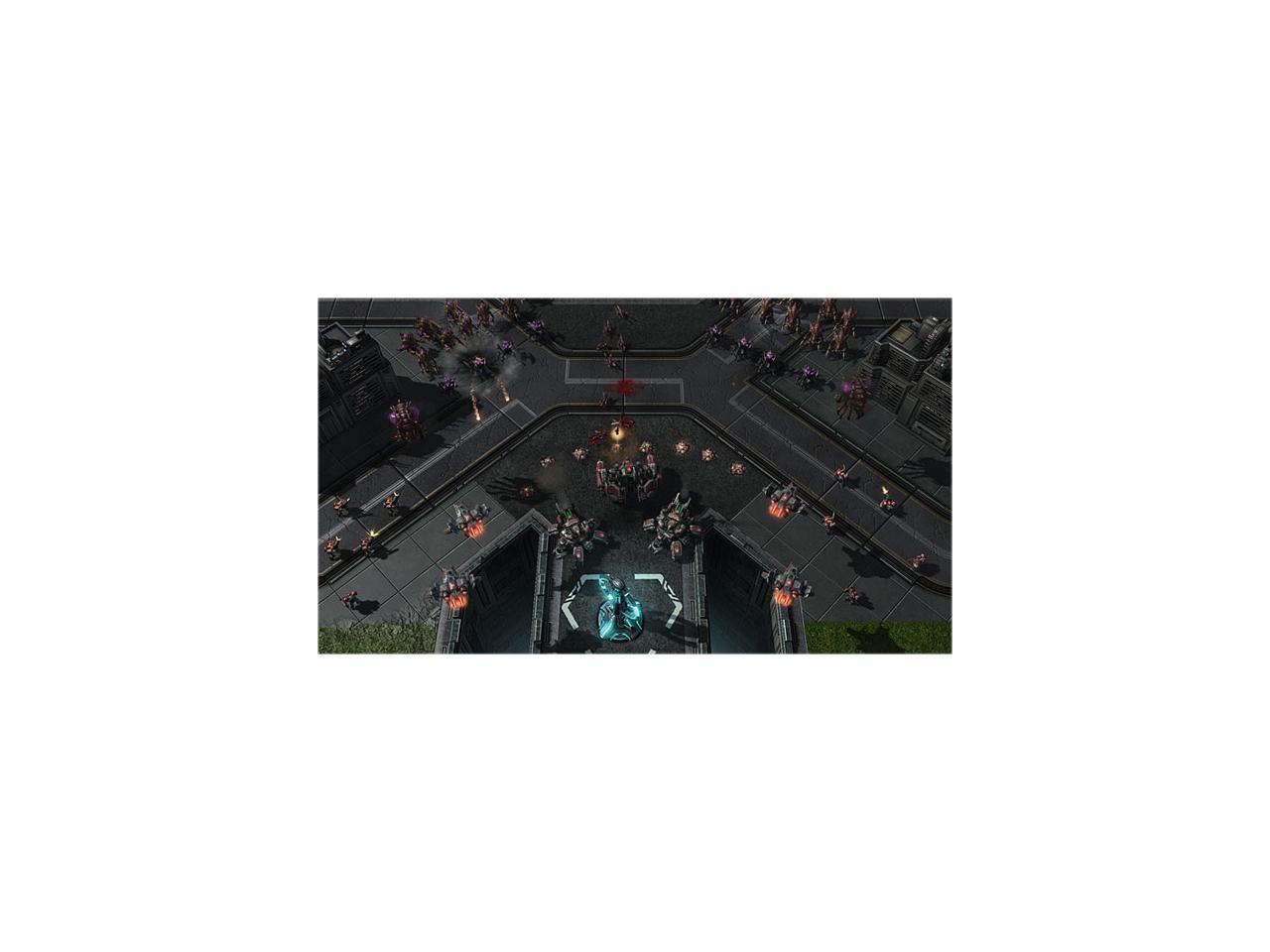 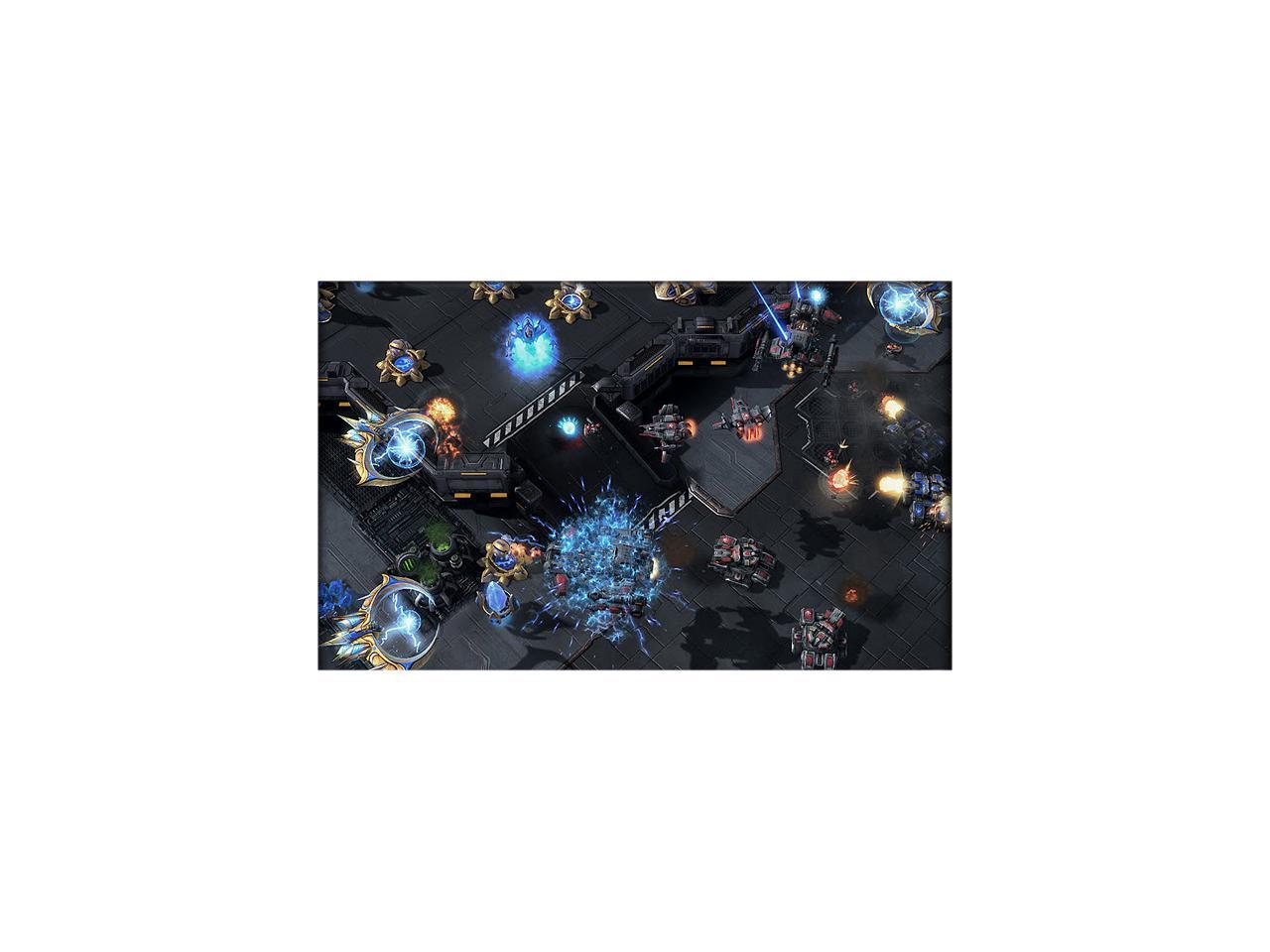 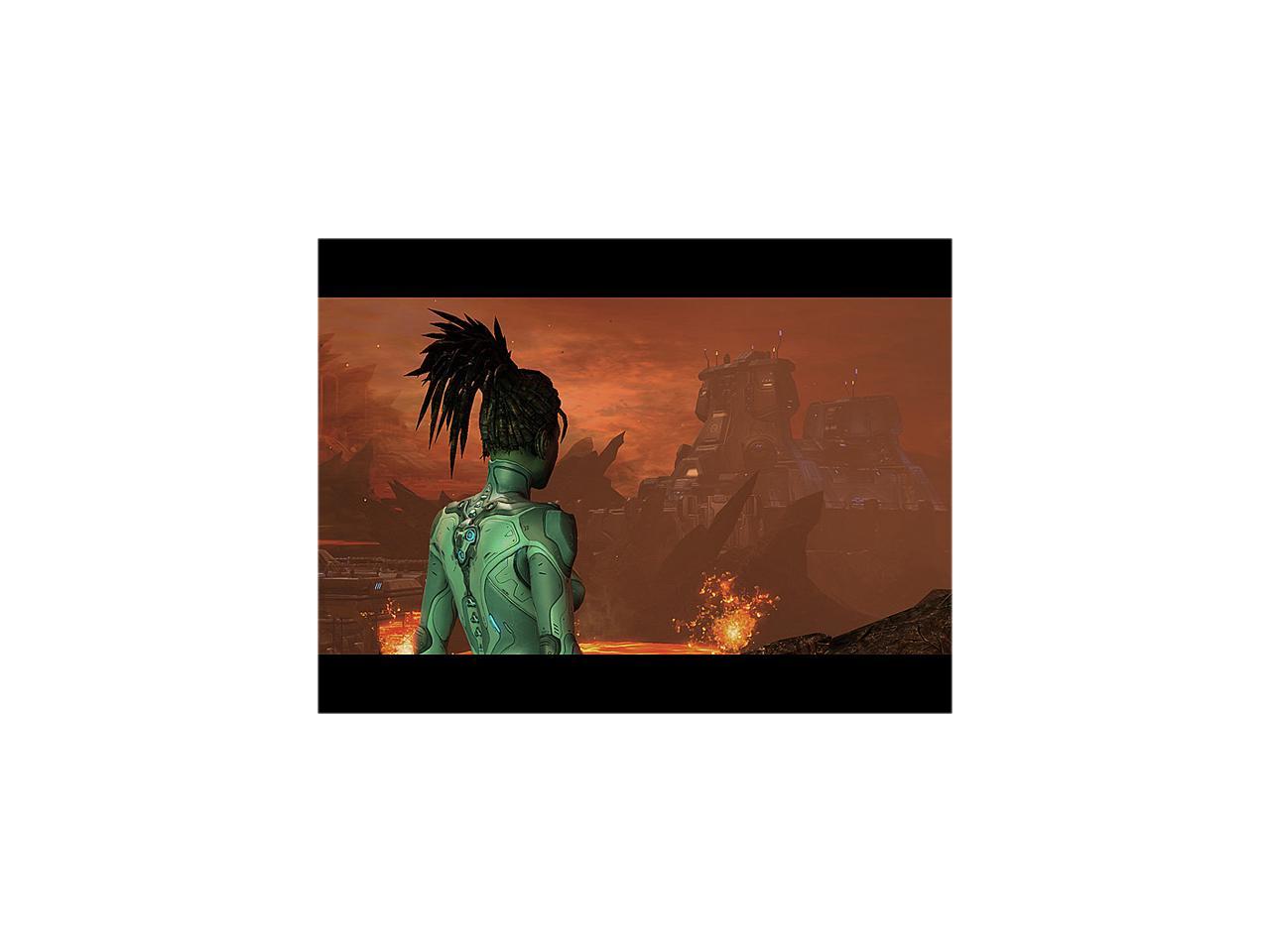 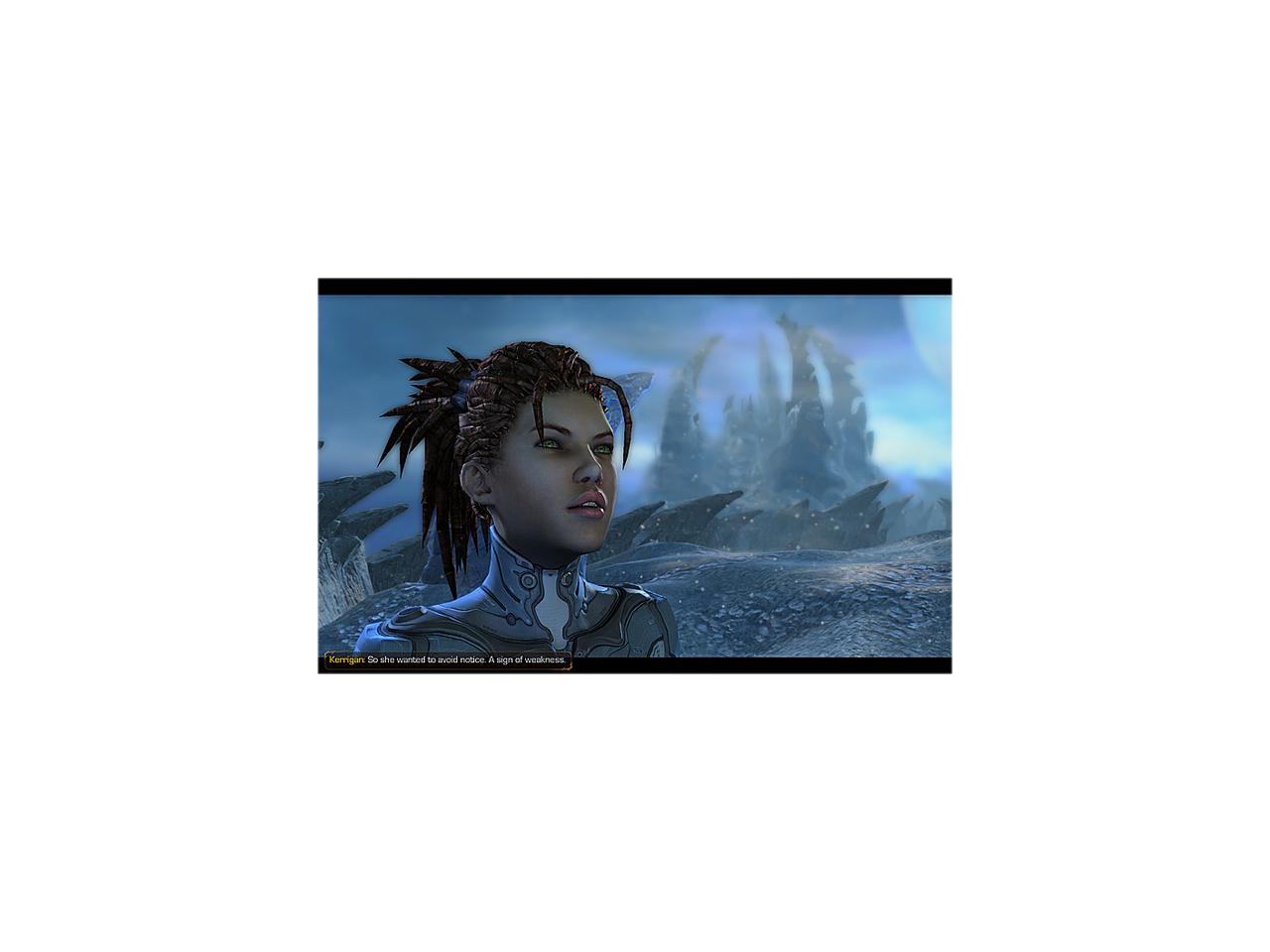 (61) Write a Review
OUT OF STOCK.
Please note that this product is non-returnable and non-refundable.
Overview
Specs
Reviews


The Queen of Blades is gone. On the hellish planet Char, Jim Raynor harnessed the power of an ancient Xel’Naga artifact in a desperate bid to stop the zerg Swarm from overrunning the Koprulu sector, and the artifact restored Sarah Kerrigan to her human form. Without their queen to guide and unify them, the Swarm has fractured into several broods scattered throughout the Koprulu sector. One of the greatest threats to the galaxy has been neutralized... or so it seems.

Sarah Kerrigan is on the loose. Even without the terrible powers of the Queen of Blades or the might of the Swarm at her command, the former Ghost remains a foe not to be taken lightly. But if the artifact really did set her free, then why is Kerrigan seeking out zerg broods scattered throughout the Koprulu sector? What happened to Jim Raynor? Is she still pursuing her quest for vengeance, or has her transformation given Kerrigan a new purpose?

Who is Sarah Kerrigan?

Learn more about the Starcraft II: Heart of the Swarm

Pros: Fun single player. Continues the story - makes me want to play the third expansion. Same game we know and love. Thank goodness we don't have to pay to play online!

Cons: Somewhat pricey - thankfully Newegg knocked some money off for early buyers. I'm not sure multiplayer changed much. One thing that I really miss about the original Starcraft is the chat channels.

Overall Review: Using chat-bots to communicate in the original Starcraft chat channels got me interested in computers and programming. Long live Starcraft.

1 out of 1 people found this review helpful. Did you?
john m.
Ownership: 1 month to 1 year

Pros: compared to the wings of liberty, the heart of the swarm campaign is far better. this expansion replaces the things that i disliked the most about wings of liberty.. and that would be the audio, one thing i loved about sc1, was the soundtrack, also character voices where very good in sc1.. however wings of liberty terran music was very hick. toss and zerg music was more like ambient yoga background noise.. heart of the swarm fixes all that. evil brutal character voices, more violence and action, and new better music +++

Cons: since when did sarah kerrigan give two farts about raynor.. i played through sc1 several times, never did they have any kind of romantic relationship with eachother, and now suddenly they are long lost lovers. i remember jim hitting on sarah and her not caring about him. way to screw it up blizzard.....

Overall Review: buy it,, you know you want to,, it costs about as much as food for a single day.. you can skip a few meals right? your only going to get hungry again later.. buy this game and its yours forever..

1 out of 2 people found this review helpful. Did you?
Gokul K.
Ownership: 1 day to 1 week

Pros: Campaign storyline is highly addictive. I just couldn't stop playing till the game was over. One good thing about this game is that it finally gets many players to become comfortable with the Zergs. WoL did a good a job of introducing the Terran and Protoss units but sort of left gamers on their on their own to figure out how to use the Zerg. Granted that there are community based tutorials and strategies with regards to the Zerg but I feel that most players tend to learn more about the units via campaign. Blizzard did a fine job in fixing that with HoS. Overall the campaign got me back into Starcraft again I thoroughly enjoyed every aspect of the game

Cons: Slightly easier than WoL. Could have used more of a challenge especially on "Brutal" difficulty.

Overall Review: Currently running a Core i7 3770K @ 4.2 Ghz + GTX 660 OC rig. Let me tell you that combo trounces SC2 with the video settings maxed out. FPS can range anywhere from 60-150 fps depending on map and number of units. Used a Core 2 Duo with a Radeon 5670 3 years ago for WoL but those FPS rates could only be achieved on medium settings. Honestly current gen high end cards are more than enough for this game. En

Pros: Campaign is engrossing, definitely an improvement of WoL. New units are fun and the battle.net rehaul is excellent. Still the king of competitive RTS games and sports one of the best matchmaking/ladder systems around.

Cons: I think $40 is a little steep for people who will only play the campaign.

Overall Review: The dev team introduced unranked play and custom games are getting way better. I would recommend those who shy away from ranked matches to check out unranked matches. You can always find an opponent at your skill level, whatever it be.

Pros: nearly every aspect of starcraft 2 has been improved upon with this expansion. -better graphics -good story -smoother gameplay -new units -better online environment: this particular area is where i saw the most improvement. blizzard has implemented a guild system, an arcade system, a new ranking system, etc etc, and has completely revamped the social-interaction of the game (for the better) -it's 100% better than wings-of-liberty's shoddy online environment was on release. this shows that blizzard truly listened to customer feedback, which i personally appreciate. gamers want to be able to interact with each other! and that interaction has been revitalized with HOTS -blizzard has a great reputation, and you can be confident that the game will continue to get patched/fixed/balanced for years and years to come(not to mention, the servers will still be up and playable. you can still play warcraft2, and diablo1 on battlenet, and those games are 20 years old!)

Cons: starcraft I had 3 campaigns, each of which were much longer than the starcraft II campaigns, and all of them came with the purchase of one single game. Starcraft II has split each of the 3 campaigns into separate games, thus tripling the cost. I dont really have a huge problem with this, because the price of the expansions is reasonable, especially if you pre-ordered... but it's worth mentioning. -short campaign. i beat it in only a few hours. -cant choose your own destiny by selecting from a list of available missions - the campaign is linear and lacks replayability -campaign wasnt as good as the amazing wings-of-liberty campaign -some of the units from wings-of-liberty dont exist in HOTS. ie: corrupters were removed.

Overall Review: gosh they really pulled this expansion off without a hitch... most new games experience server problems, crashes, bugs, etc etc etc upon release, but that wasnt the case with HOTS. it's funny, because when there are release problems everyone goes crazy. youtube blows up, twitter explodes, enraged gamers flood social networking sites with negative feedback, "I CANT CONNECT, THIS GAME SUCKS. I WANT MY MONEY BACK!" However, when catastrophic launch problems don't exist, nobody ever says "good job!" so i guess i will be the first. the launch was as smooth-as-silk. nice job! (i guess it's easier when it's only an expansion, not a true new release, but still. well done sirs!" the price seems to be going up surprisingly. those of us who pre-ordered got it for 75% of the current price. i guess that's a sign that it was successful. finally, i should note that i pre-ordered just a week or two before the release date, and the package was on my doorstep the afternoon of release. slam-dunk newegg.

Overall Review: Glad I didnt have to pay full price for a blizzard product.

Pros: -Good story -Good graphic -Good music -Extra units -Easier campaign achievements than WoL I am a fan of SC, this is indeed a very good expansion version. For the campaign, most achievements require you to play normal difficulty only, which is much easier than wing of liberty. The new units are a lot of fun. Siege units and magic units. Even lurker is back to the campaign if you loved that in SC1.

Cons: Wish the campaign could have been longer..

Overall Review: Buy it! You will not regret!

Pros: This was a pretty good expansion pack to Wings of Liberty. Heart of The Swarm keeps you in suspense and challenges every belief that you had playing previous Star Craft games. It was really cool how characters from the previous Star Craft games (not naming names to spoil the surprise) mad it into the new story. I like how you are able to evolve different Zerg units and surprise enemies. You defiantly see that the whole Star Craft story is building up to a final galactic Armageddon showdown where all three races will need to come together for their mutual survival. I have to admit that when I purchased Heart of The Swarm I was unsure how I would like the game since I was not all that thrilled with previous Zerg campaign missions from the past. But I must say that the side missions, unit evolutions, and character personalities defiantly made the missions fun. Now all we have to do is sit back and wait until the final third part to the game is released. The manufacturer states they are working on the story for the third part of the trilogy and will work to have it released as soon as they can. But, if the time between Wings of Liberty and Heart of the Swarm is an indicator, I guess we will be looking at 2016?

Cons: In regards to playing multiplayer, I was disappointed with the new units for the Terran and Protoss. The new Terran units, I felt, really did not add much strategic value to your army. The new mines are nice; however, your enemies will quickly see what you are up to and send detectors with their units to destroy the mines while still at a distance. Likewise, the new Protoss units are for more of a passive or stalling usage on enemies. Unless you expand mining and have vast resources, you will not want to squander on these new weapons as their offensive capabilities are nothing special. Lastly, I did not like how the developers tried to streamline the unit controls by removing buttons from the control box. You can go into the settings and get all the options to show again. It just looks like they wanted to encourage you to just use the right mouse button instead of using the standard attack and gather buttons.

Overall Review: Once again, the free game trials and note pad were nice gifts that we in the box.