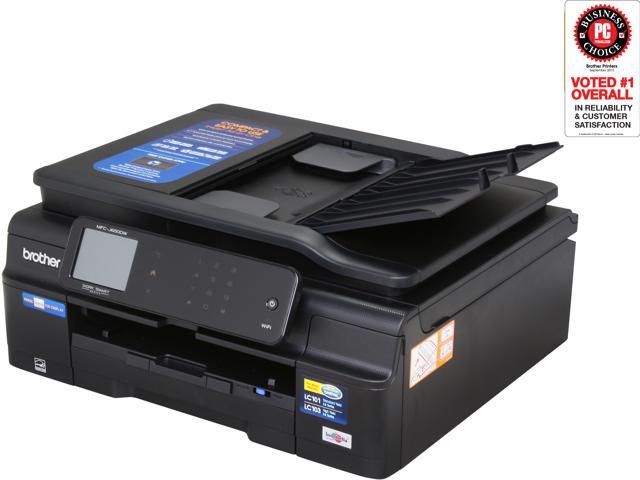 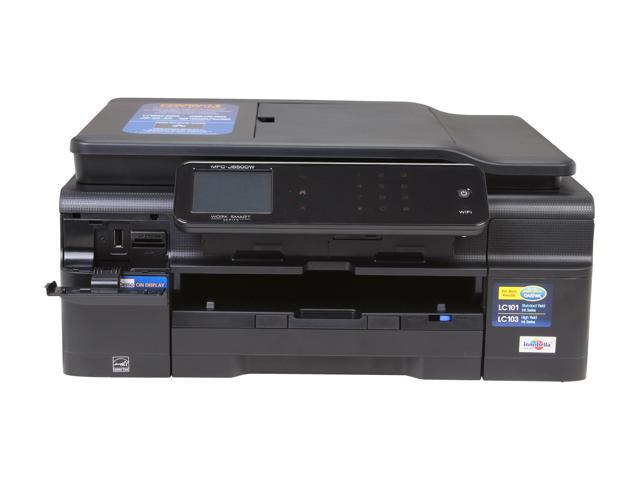 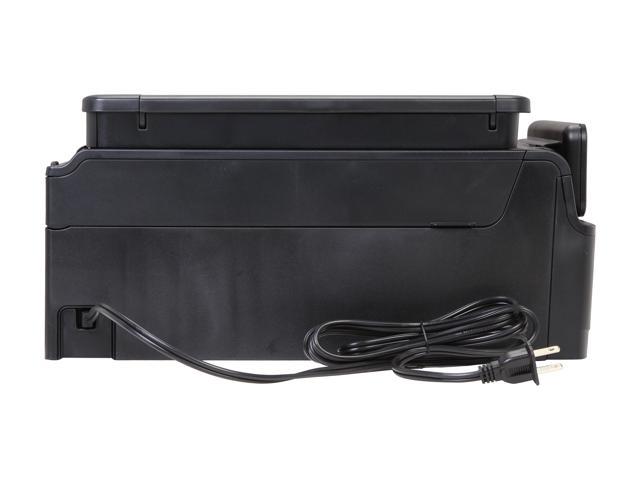 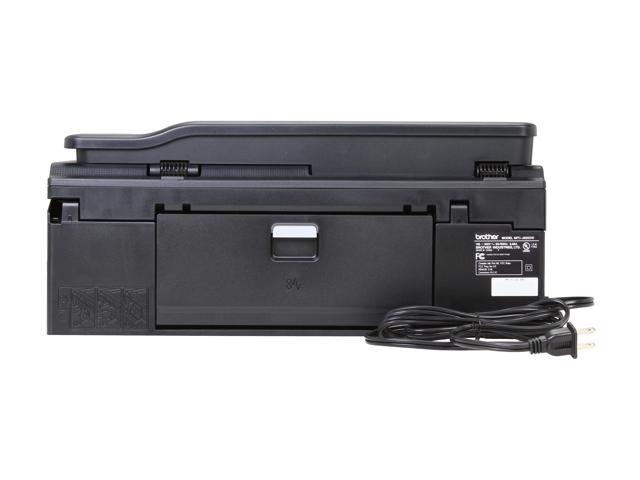 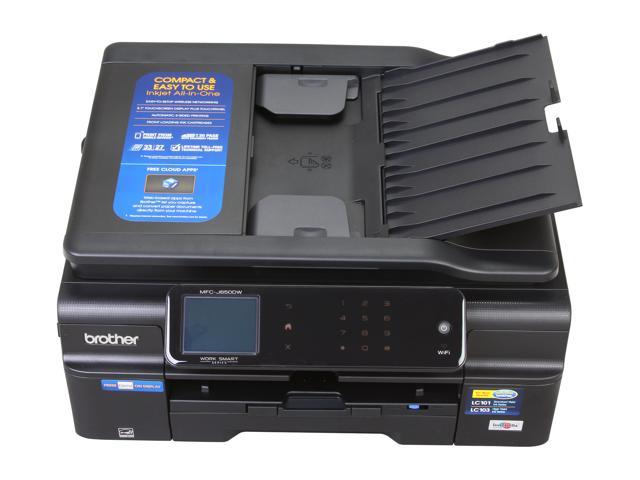 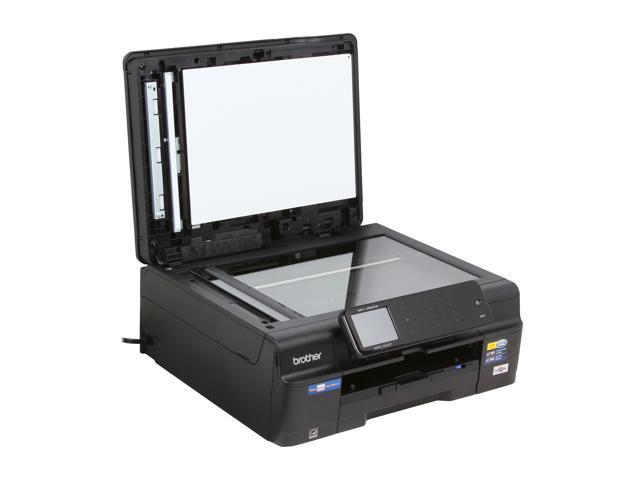 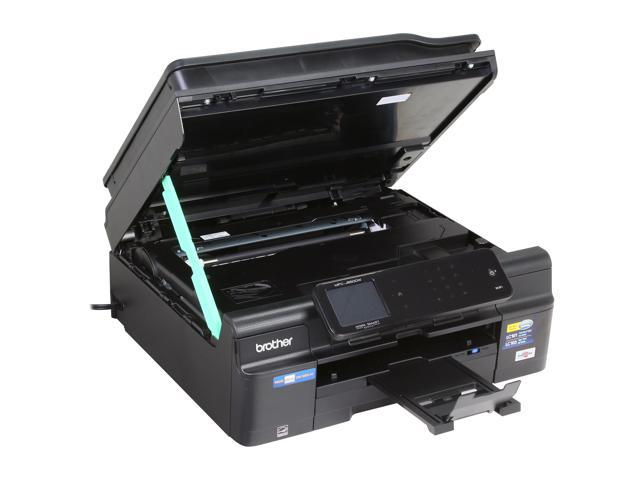 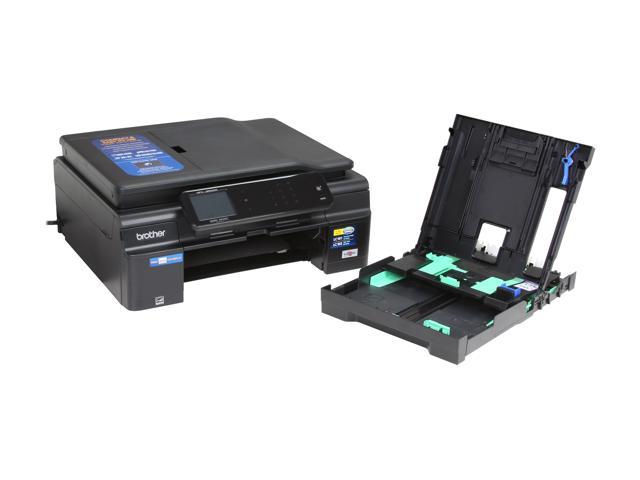 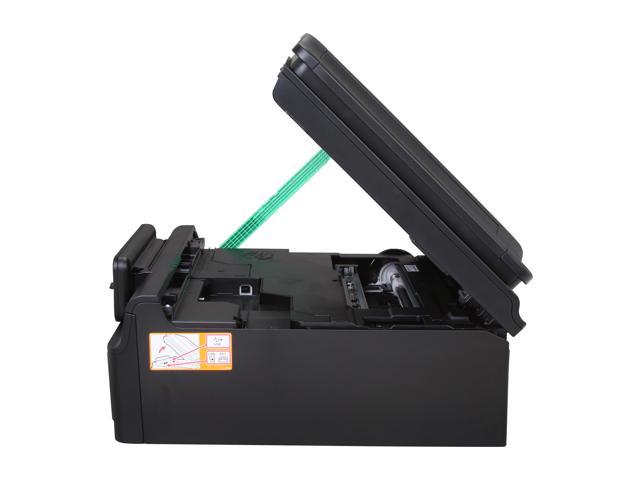 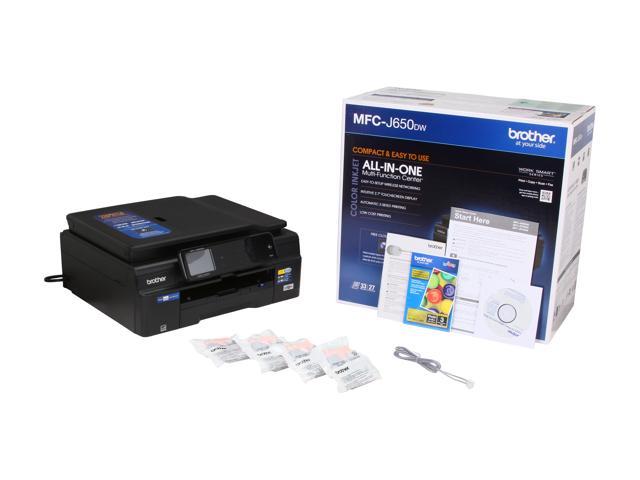 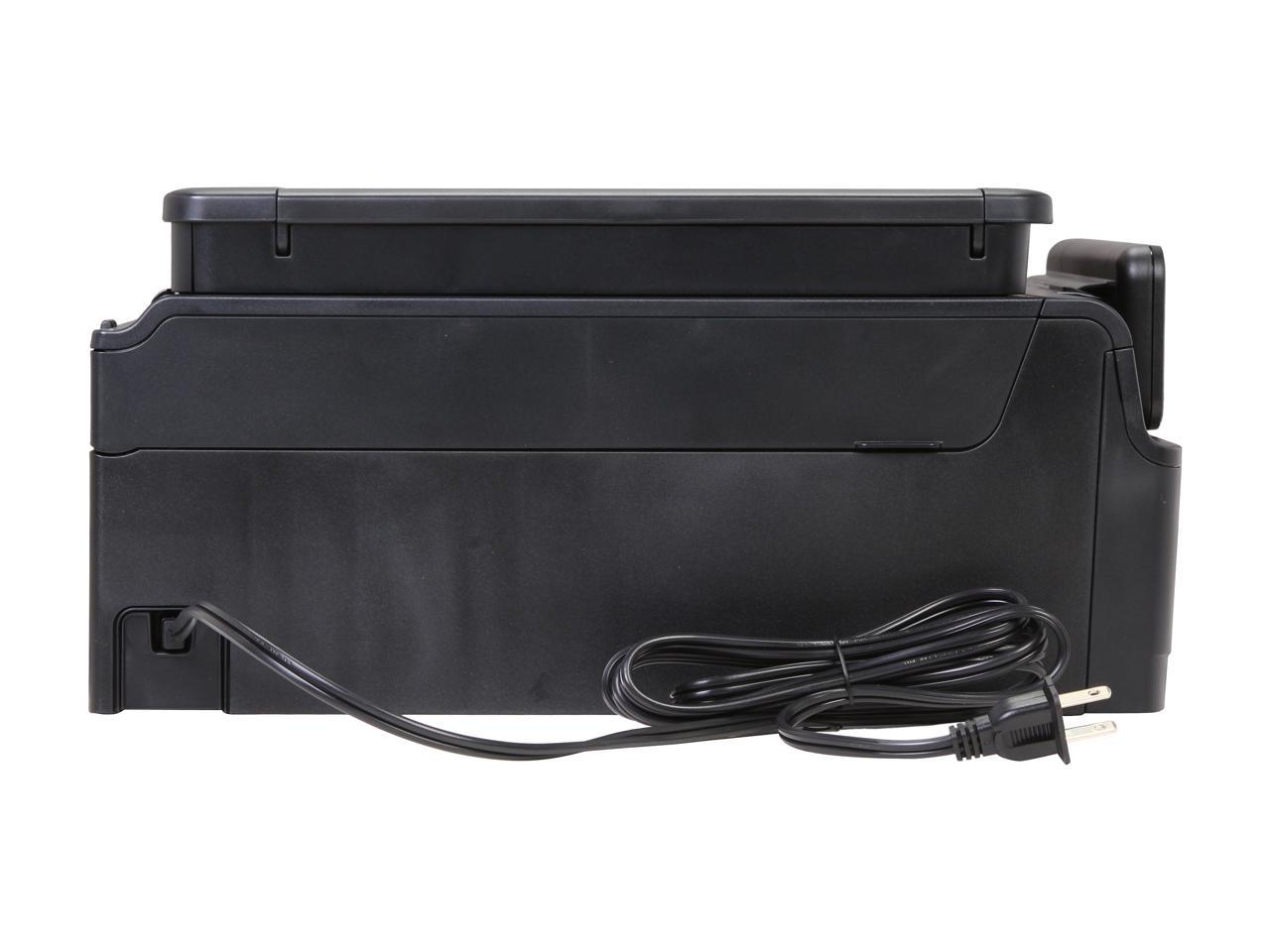 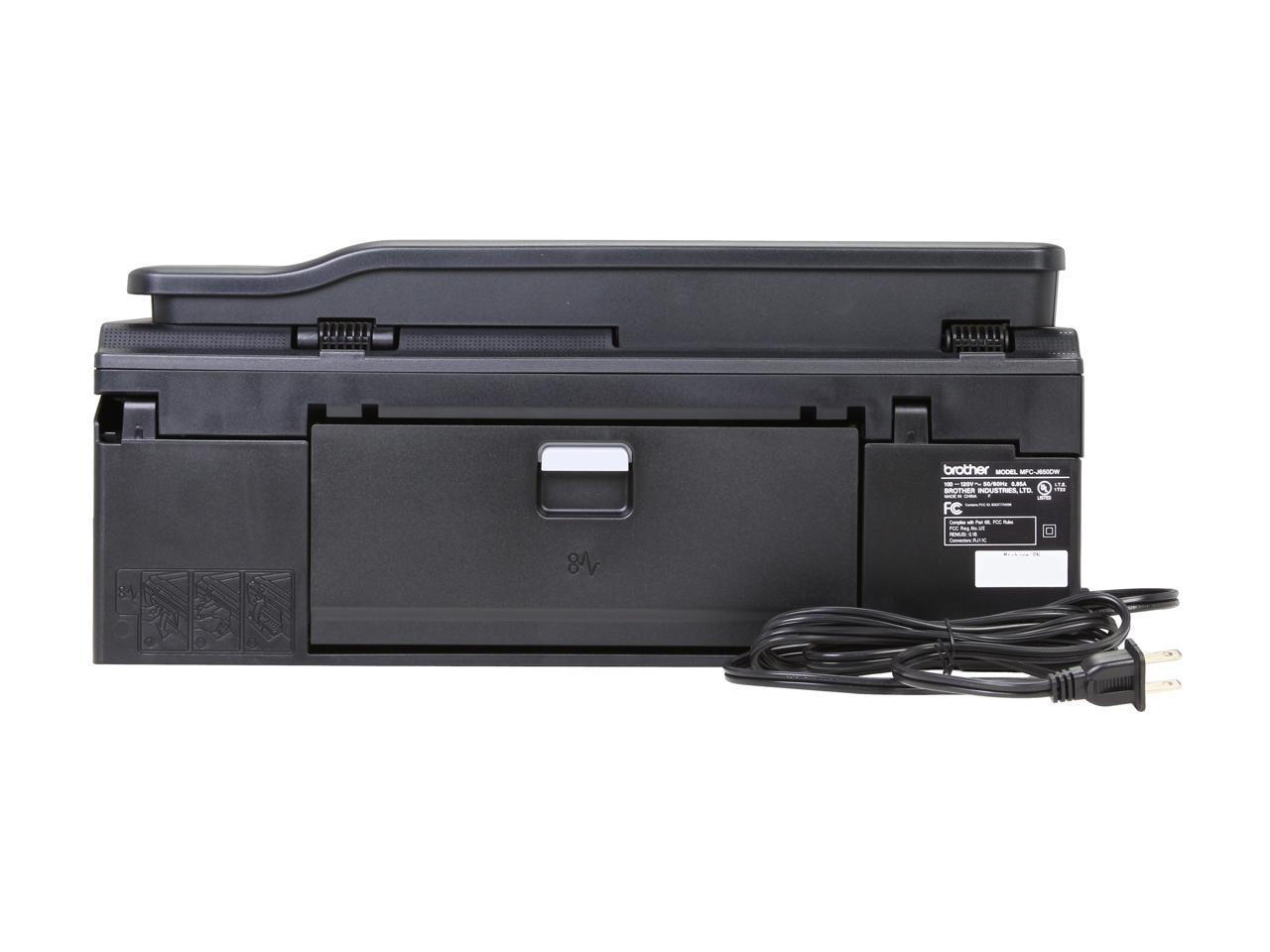 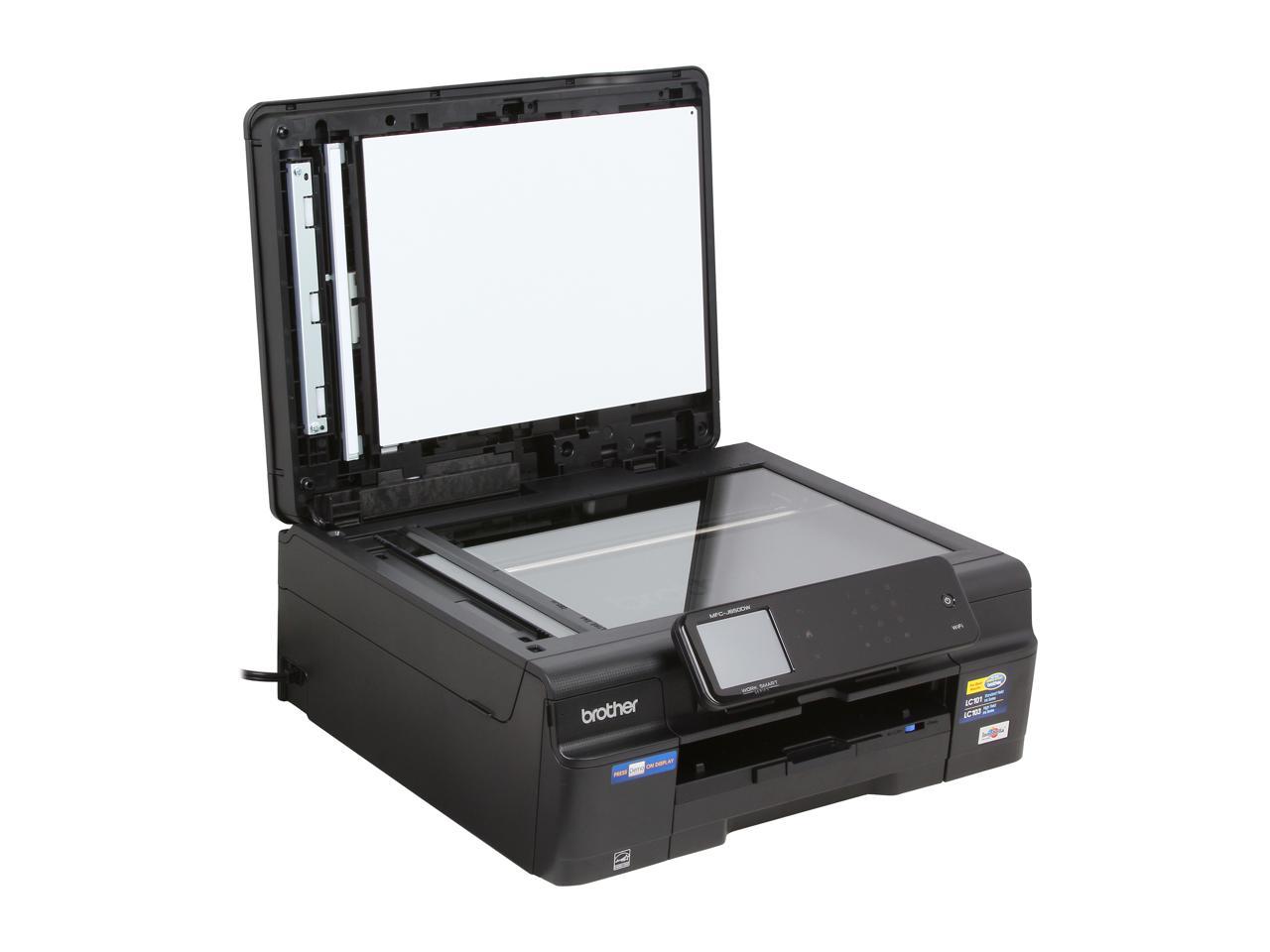 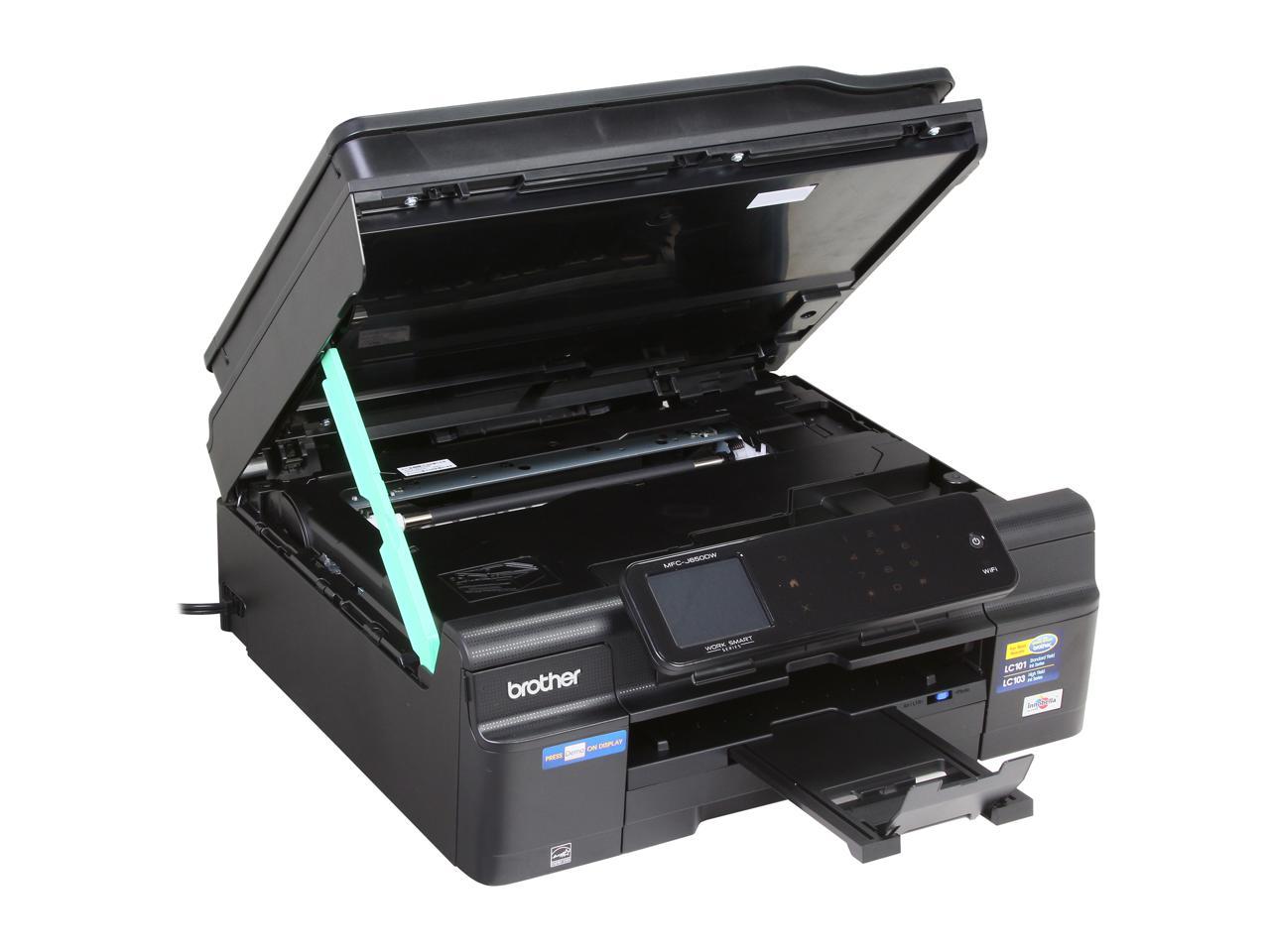 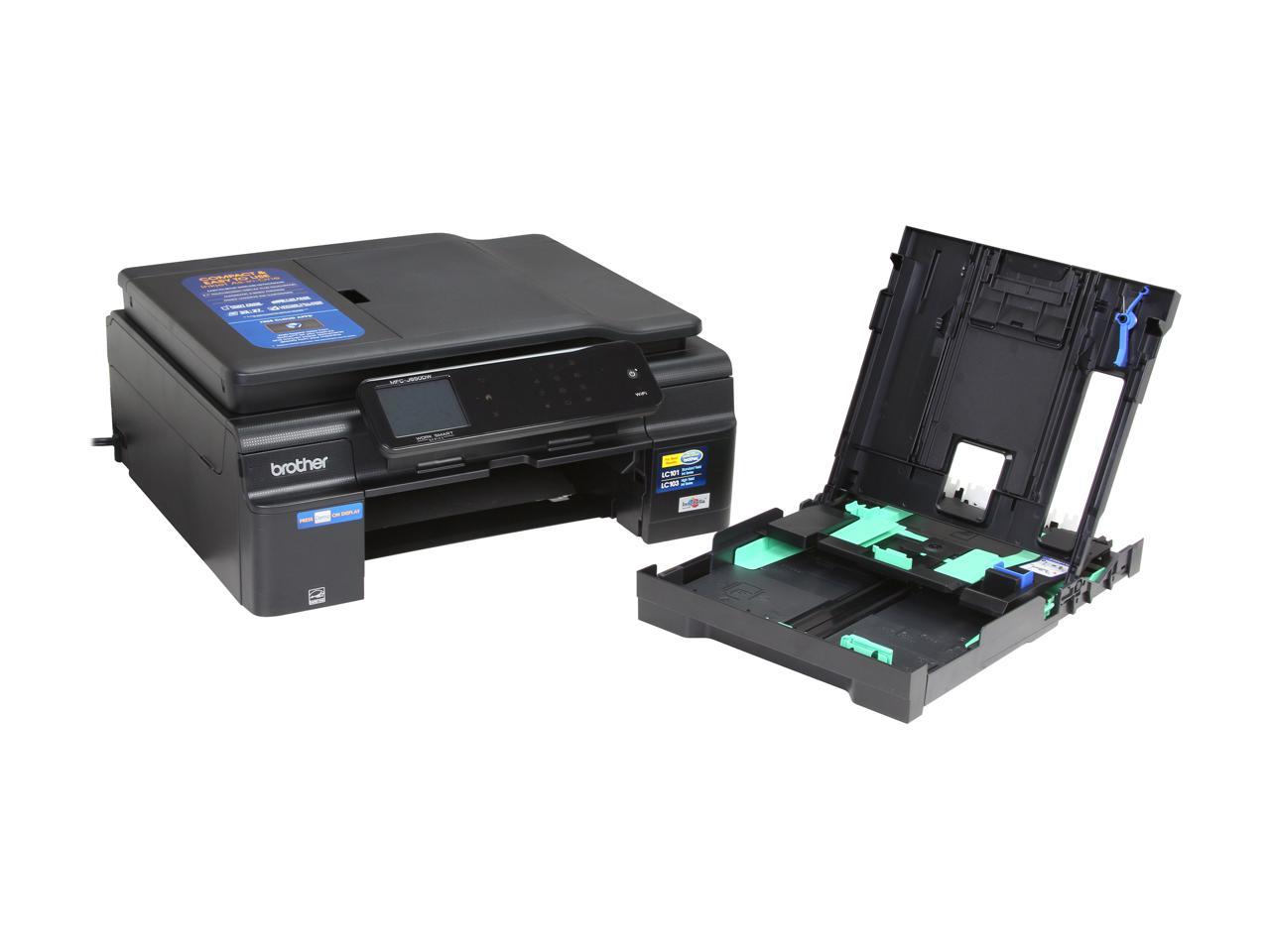 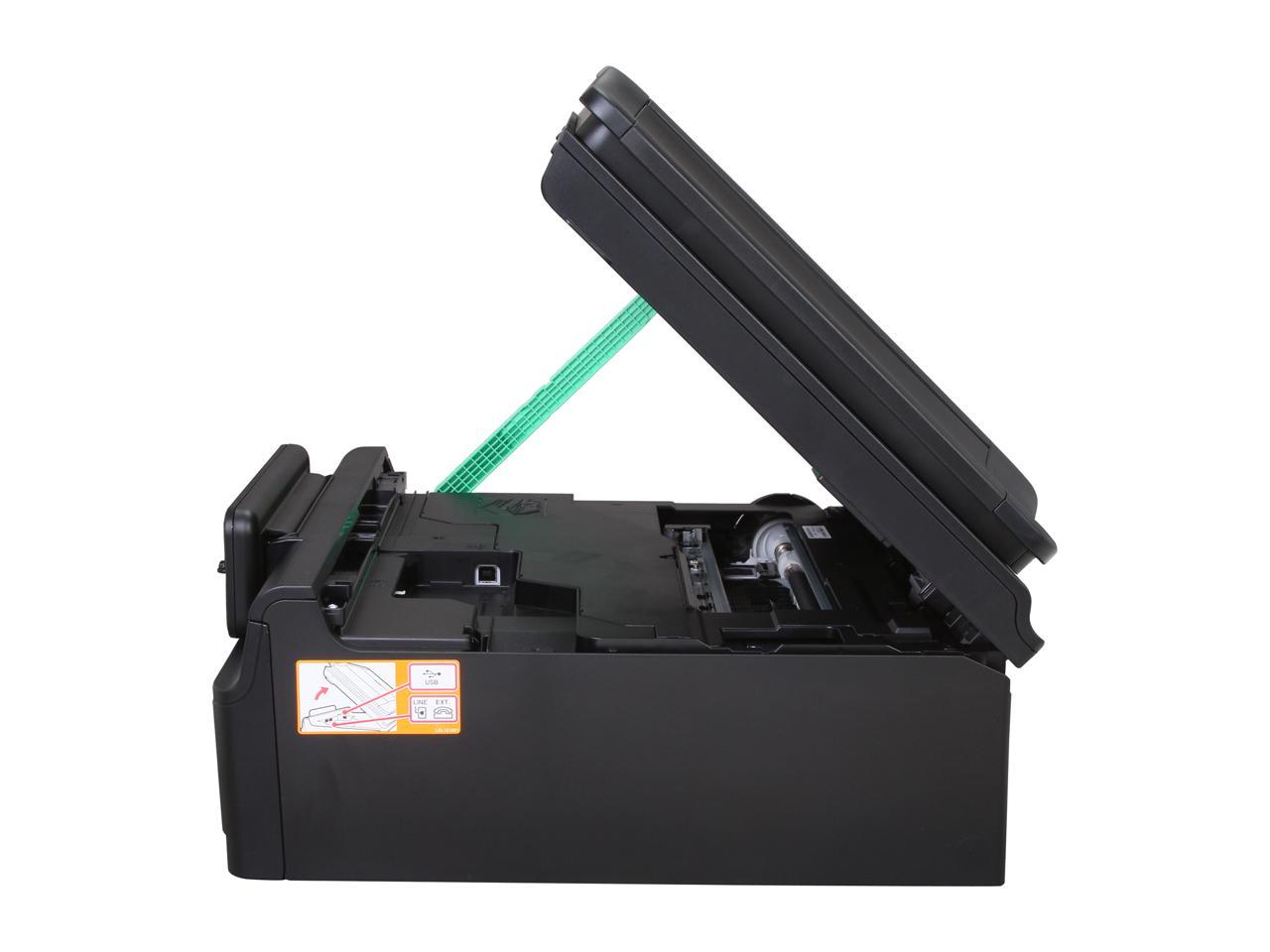 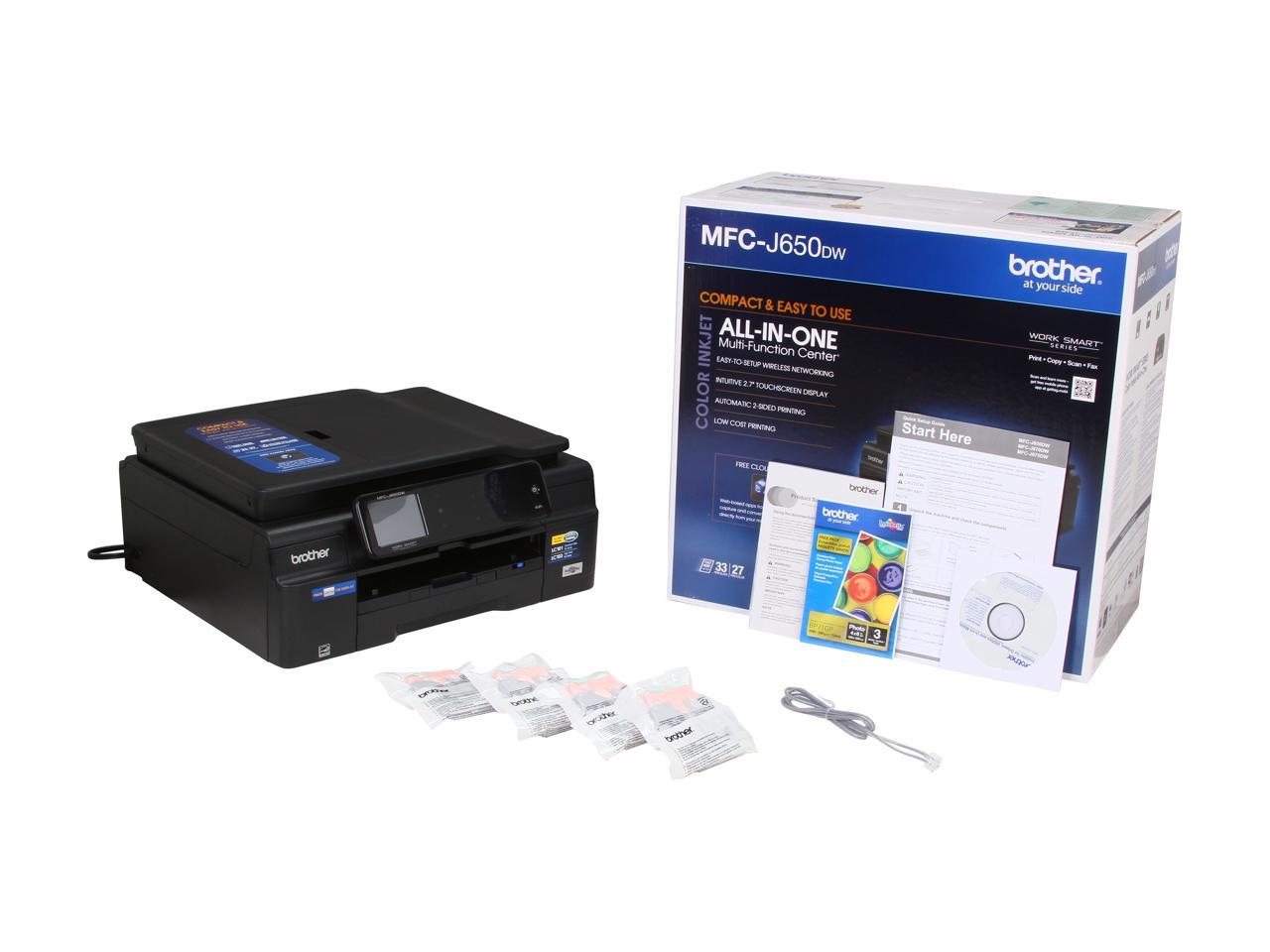 Learn more about the Brother MFC-J650dw

Cons: The limited edition of Paperport works well for scanning and organizing but it installs nagware to get you to buy an upgrade. You can disable it through msconfig or a number of utilities. Model is brand new so options other than Brother OEM consumables is limited.

Overall Review: I have had more inkjet and laser printers in my home than I have fingers and toes over the past twenty years. Most of them were like vacuum cleaners. Not only did they break inconveniently after only a couple of years (or less) but they were finicky about paper, ink, networking. and always . . . the jams. Then almost ten years ago I bought my first Brother laser printer. It cost $139 and was the best laser I'd ever owned. Never jammed. Inexpensive to maintain. The Brother was everything I wanted. I only replaced it because eventually those printers need a new drum, it didn't do duplex and it wasn't directly network ready. I got more than my money's worth. So I bought another Brother laser. This time I paid $70. It's better than the one it replaced. Five years ago our Canon inkjet died after two years and when I went shopping there was good news and bad news. I ended up buying a Brother MFC, as much because of its small size as its features or reputation. When the print head of that unit became dysfunctional I didn't hesitate to buy another Brother MFC. So far I am thrilled with this new Brother. It's the same size as the other for starters. It looks much better. It goes into real hibernation when not in use (the last one didn't). It's more quiet and vibrates much less. It takes paper that made the old one jam. Set it up on two different Windows pcs in less than an hour. A desktop via USB and a laptop via wifi. The wifi was set up from the driver install on the laptop through a wizard and worked perfectly the first time. Didn't even need WPS. I've had two other inkjets that supposedly worked over a network and they were both a pain in the neck without a wired connection to the router. Print quality is first rate. Text is so sharp I would think it was from a laser except it's blacker than a laser's. Snapshots look great. Full page gray-scale photos are surprising good. The manual is exceptionally clear on potentially confusing subjects like how to connect the fax on a single phone line with an answering machine or a cable VOIP connection. Let me save you some time. Comparing this model to those available from Epson and Canon, you have to pay significantly more for a photo paper bypass tray. Given that I need a color printer primarily for photos, why would I want to go to the trouble of swapping paper sizes every time I have a different job? Case closed. I'm a Brother lover.

Pros: Very nice fast printer - compatible with most everything including IOS devices. For me it was a real surprise - I hadn't noticed - that it prints in duplex. (front and back without manually inserting the paper between prints.) It has a separate little compartment for photo paper, so that you can leave letter size and photo size paper in the tray at the same time - nice feature. Separate Cartridge for each Color that are relatively inexpensive and available at local discount stores. Copy and Scan sheet feeder works surprisingly well for such an inexpensive MFC.

Cons: The power cord is permanently attached to the printer, so it is a little be of a pain to pack in a padded traveling case, but at least you won't loose the cord. You must open the case to feed the USB cable to its connector, rather than simply plug it in to the back or side.

Overall Review: This is my first Brother inkjet, but have had many Laser Printers. They seem to engineer a good balance between function and cost. I'm buying several of these for a customer based on our good experience.

Pros: I ordered the printer Sunday and received it today. The printer came packaged properly in it's original Brother box. The printer has a smaller "footprint" than the Epson Workforce 600 it replaced. The touch menu screen is a nice feature. Setup was easy and took about 10 minutes to complete. Follow the directions! The quick reference guide is well written and easy to follow, You can complete your fax settings and personal settings before connecting to your computer. It is rather quiet.

Overall Review: For the price paid and free shipping I believe this is an excellent deal. So far I've printed out 8 pages of color documents, scanned in 3 documents and sent 2 faxes without a hitch. However I've only had the printer up and running for 4 hrs. now so I guess time will tell. If I encounter any issues I will provide another review.

Pros: The Printer is solid. It does everything you'd need for normal use. Colors look as good as you can expect for this price range (good, just don't go photo crazy)

Cons: The software, and the way Brother interfaces with it's customers. When you get one, the only software you should install is the "Control Center" that comes on the CD disk, and the drivers. THAT'S IT! Everything else is completely unnecessary, and starts to act like bloatware very fast (I got update warnings about Microsoft Word from the Acresso updater thing..... How does that even happen?!?). I've uninstalled all the stuff from the CD disk except the Control Center, and things look fine now. Also, DON'T register you printer if you don't have to. The registration process forces you to subscribe to advertising. It's kind of shameful how badly Brother crams advertising down it's customers throats.

Overall Review: Summarizing: A solid product, from a sleazy salesman

Pros: Quickly connected to wireless network. Never had to plug it in to a computer USB. Downloaded a app on my android phone and printed a document then a picture with no proble right from my phone. Very quiet compared to the HP printers I am used to. XL ink cartridges are not to expensive and do 600 sheets each.

Cons: None that I have found.

Overall Review: We have quickly come to prefer this to the laser printer we have. Although not primarily designed as a workgroup printer - we use it that way.

Pros: This printer is solid. It works as advertised. I got it on special for $89,00 with free shipping. It fits perfectly in my office because of its relatively small footprint. Print quality is very good for a printer at this price range. It rivals the more expensive printers. It is easy to setup. II'm writing this second review to clear up this erroneous information posted here. You do not need a USB cable to set it up the wireless. I repeat you do not a USB cable to setup the wireless feature of this printer. It is so easy to setup the wife a baby can do it/ Well, maybe not a baby but differently a middle schooler...direction: from the touch screen, click on settings/WiFi/ click on WiFi SSID/ enter network key/ you're done! Remember, if you enabled MAC filtering/ Ip preservation of your router, you must include the printer's MAC address in the router for the WiFi to work. Easy as cake! Hmm, I love German chocolate cake! Seriously, I hope this second review helps!!

Overall Review: Awesome little printer if it is on special. IMO, I think it is a bit expensive above $100.00. There are better printers for that price. But, it is great little printer if you can get it under $100.00 w/ free shipping.

Pros: Prints super fast, connects to virtually everything you own, ink is much less expensive than HP and such.

Cons: Have to buy ink online, haven't found a place locally that sells it. The "Basic" manual is 170 pages...

Overall Review: Looks great, it's quite, and doesn't have that cheap feel that some inkjets have when they're printing (that sway back and forth). Set up is easy enough, anyone with any tech knowledge can set this thing up. BUT, just in case you aren't that person the manual will get you where you need to be. It requires a bit of setup, but if you need out of the box it can do that too. Windows 7 doesn't recognize it off the bat, but Windows 8 does.