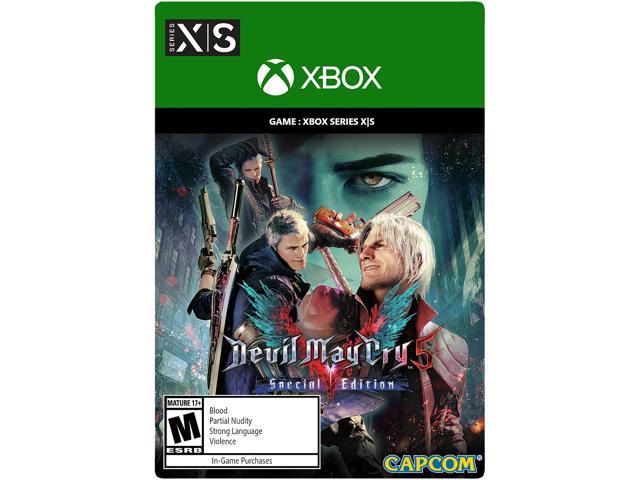 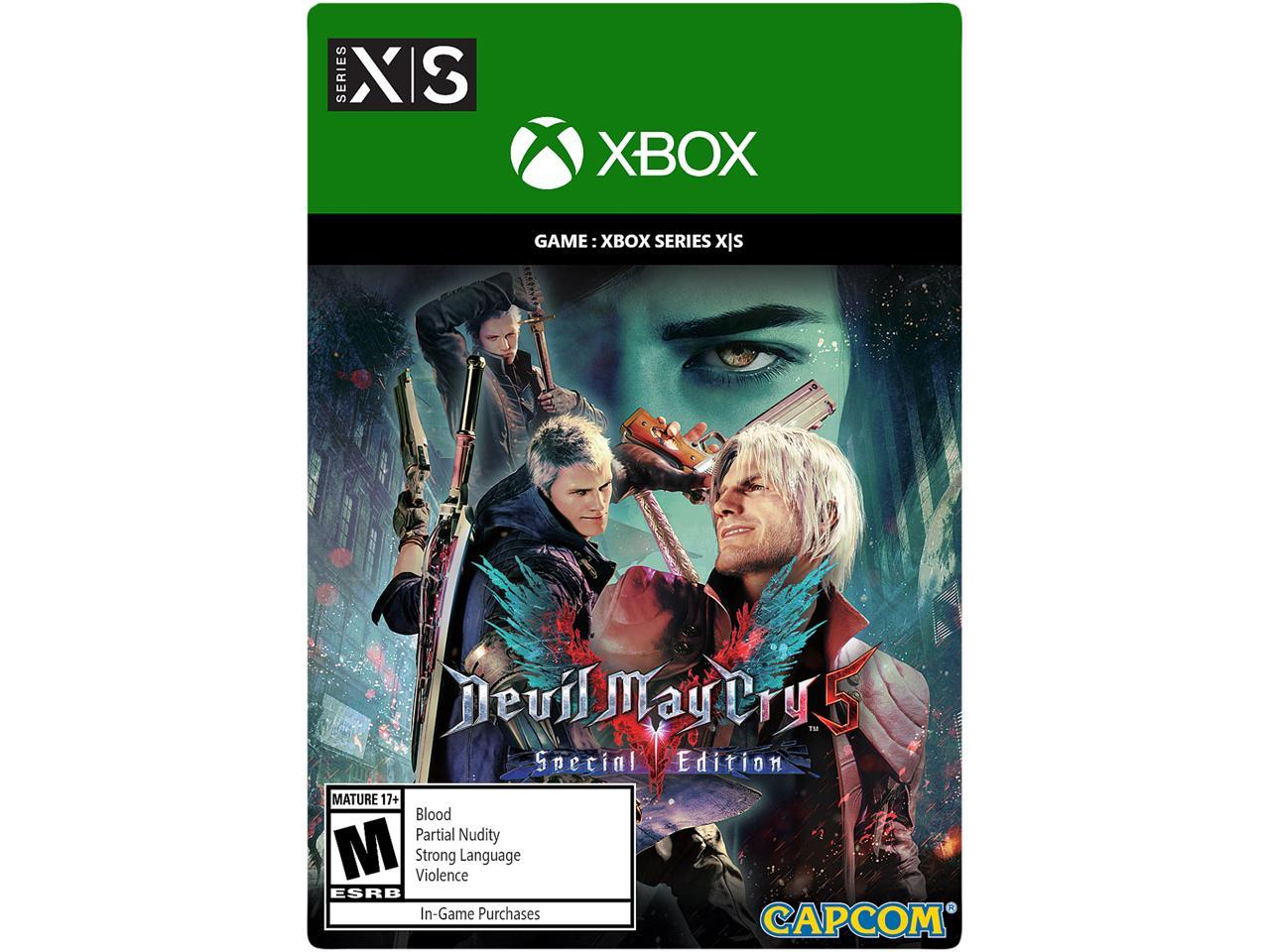 (4) Write a Review
See more "devil may cry 5"
In stock. Limit 3 per customer.
Ships from United States.
Please note that this product is non-returnable and non-refundable.
Overview
Specs
Reviews

Devil May Cry 5 is back, now upgraded for next-generation consoles!

Take advantage of the power of the next generation of consoles and tailor the options to your preferred gameplay experience. Fine-tune your experience as you prioritize gorgeous and photorealistic lighting effects using ray-tracing, the sharpest resolution possible, or the highest framerates the series has ever offered.

Not enough? You'll also be able to hear the action unfold around you with incredible 3D sound, and loading times go by in a blink to keep the thrills coming. All of this with even more intense new modes so you can push your style to the max. And the icing on the infernal cake? Vergil joins the gang as a new playable character!

DMC is back and more beautiful than ever!

Blistering speed meets impeccable control for an incredibly tight gameplay experience as you work your way through the thrilling story. This game represents the pinnacle of stylish action and was recognized with numerous game awards!

Several years after the Order of the Sword incident, a new demonic threat has invaded our world. It's up to the legendary devil hunters Dante and Nero to stop it, only now they're joined by series newcomer V. Together, these three men's fates are tied together in mysterious and surprising ways.

Feel the Power of Next-Gen!

This new Special Edition features numerous graphics options which allow players to decide what sort of next-gen experience they want. Whether you desire the razzle-dazzle of ray-tracing, heart-racing framerates, or razor-sharp high-resolution output, you can customize the graphics options to suit your style. No matter what you pick, you'll also be able to enjoy the realism added through 3D sound implementation, and the new gameplay modes which are made possible by the increased processing power: Turbo Mode, which ratchets the gameplay speed up even higher, and Legendary Dark Knight mode, which throws more demons at you than ever before.

Ray-tracing allows for life-like realistic reflections and refractions, whether you're looking at a mirror or a lake! Implementing ray-tracing on environmental lighting allows for more realistic light and shadow effects than ever before. When enabled in the graphics options, you can choose between prioritizing resolution (4K, 30FPS target) or framerate (1080p, 60FPS target).

Enable High Framerate Mode and catch every last movement--up to a smoking 120FPS!

Ramp up the frenzy and increase the core game speed by 20% in this mode. Faster movement makes your sick moves feel even more stylish, and nailing that perfect combo feels all the sweeter.

An Even Greater Challenge Awaits in Legendary Dark Knight Mode

A challenge which could only be realized with the power of next-generation consoles, this mode will have you facing demons in numbers greater than you've ever faced before! Tear your way through the demon hordes and plumb the depths of the stylish combat systems in this dizzying high-stakes battle!


Blood Burns with a Blue Flame as Vergil Joins the Fight!

Here's the feature our fans have been clamoring for... Dante's twin brother and longtime rival Vergil is now available as a playable character! Take this new challenger through both the story mode and the challenging Bloody Palace!

1. Object rendering is prioritized and ray-tracing is automatically disabled when High Framerate Mode is enabled, or when playing in Turbo or Legendary Dark Knight gameplay modes.

2. Ray tracing features will be added to the Xbox Series X version in a downloadable patch post release.

3. Ray tracing is not supported on Xbox Series S.