FREE SHIPPING
Sold by: Newegg
Shipped by Newegg
Newegg’s gift-wrap service is the ideal solution for making your gift special! Select your item as a gift, then add your message. Your gift will also be discreet with no prices being included on the packing slip.
Price Alert
Add To Wish ListFound on 16 wish lists 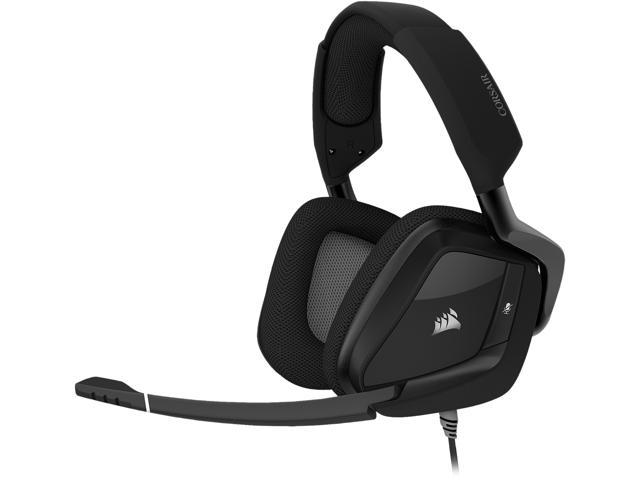 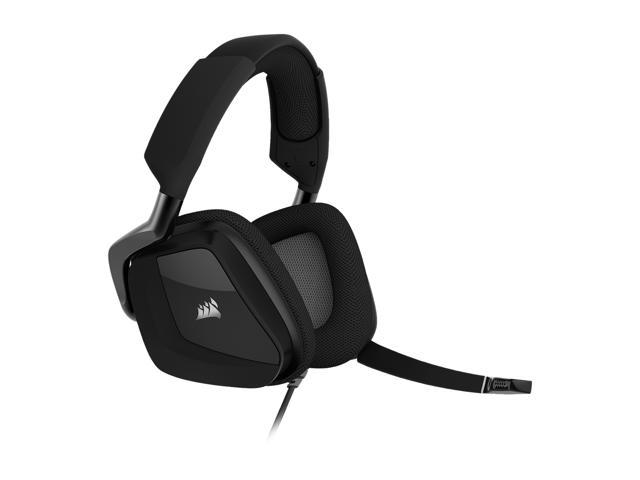 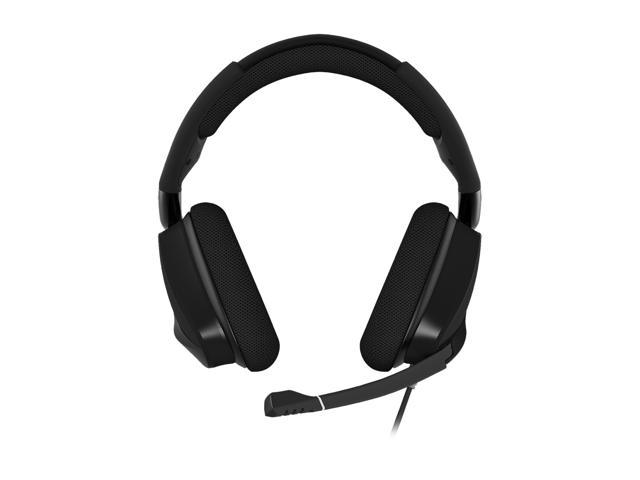 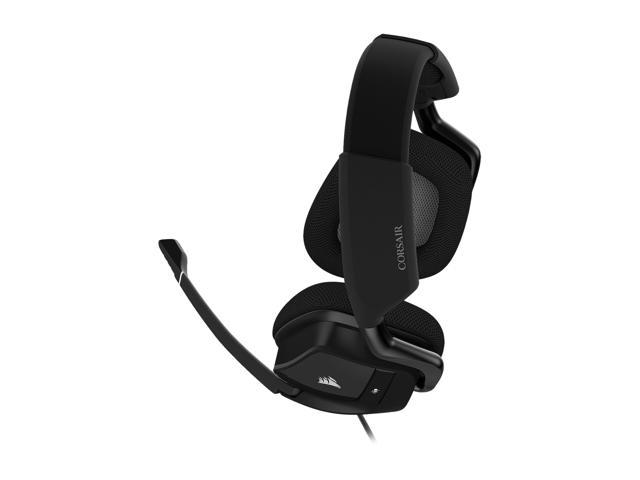 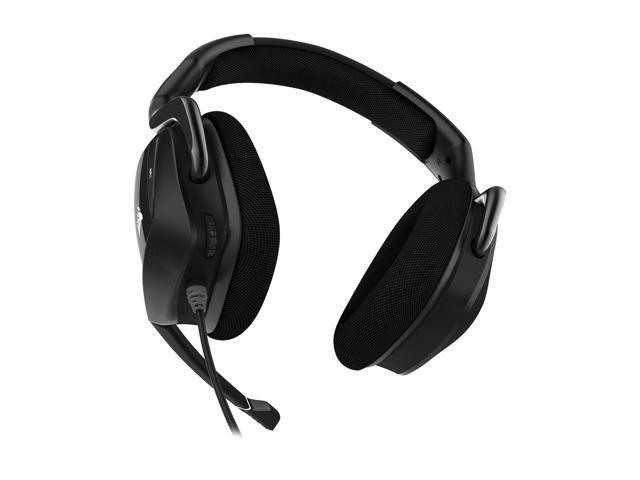 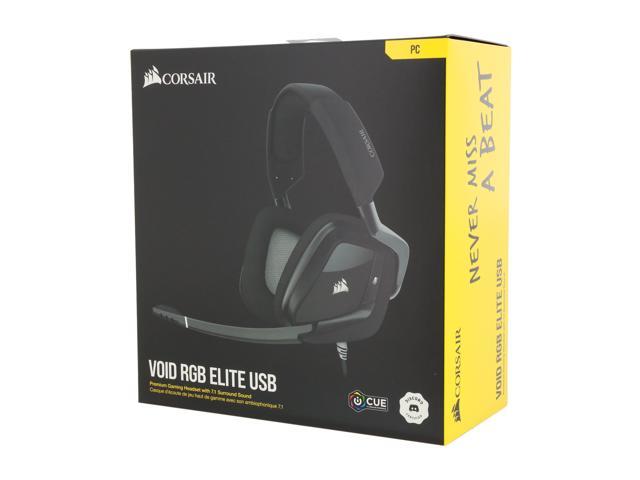 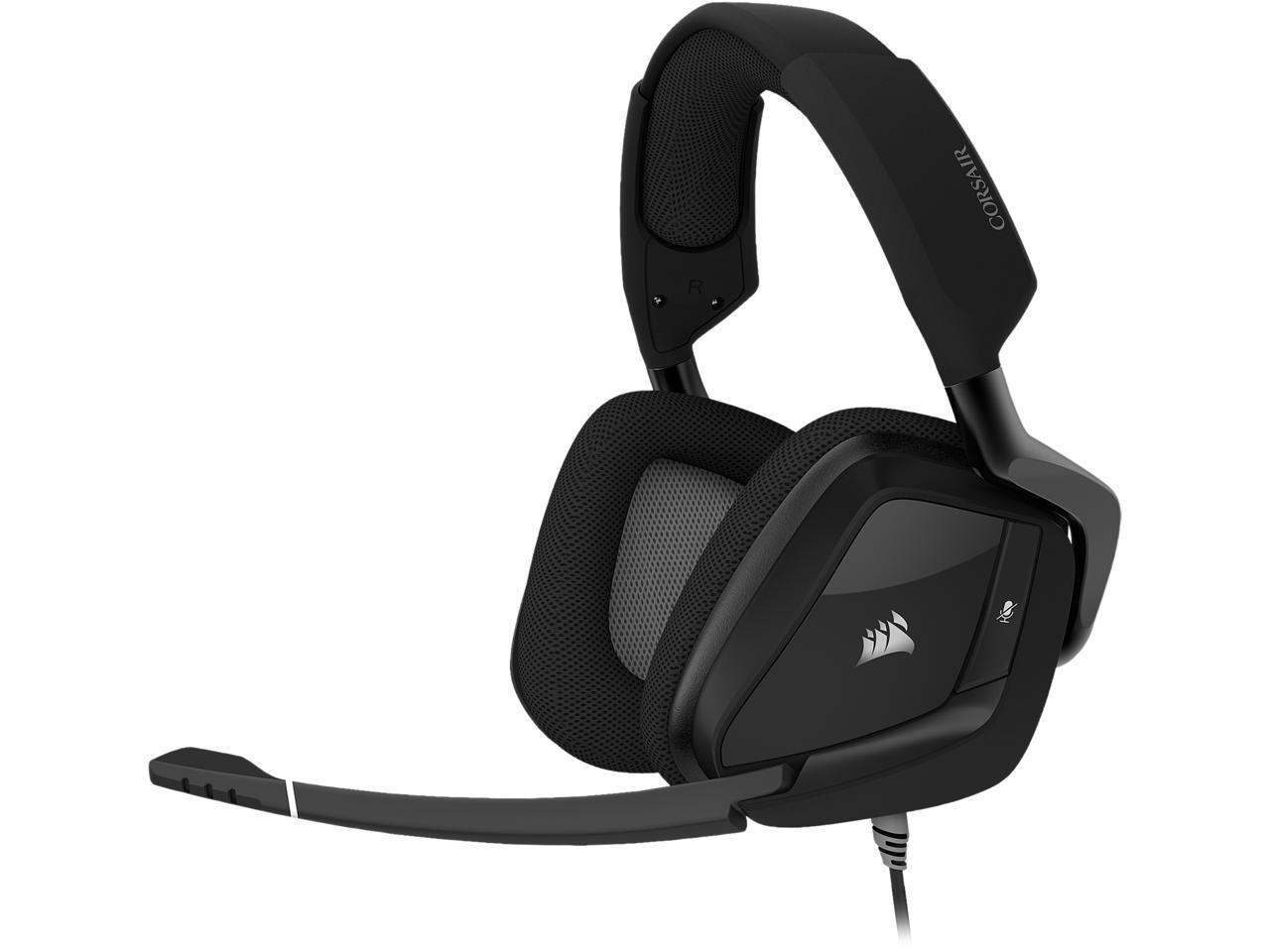 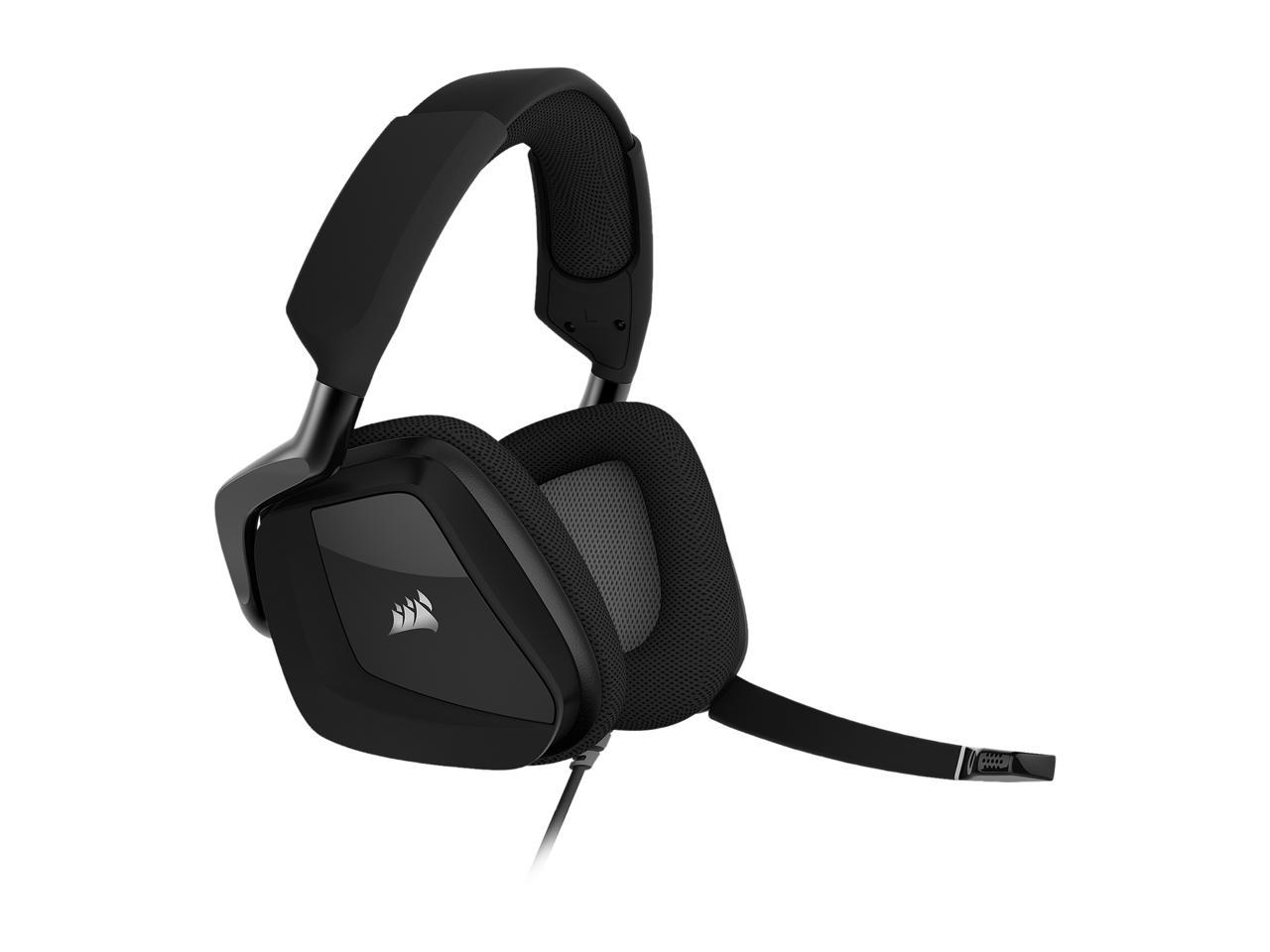 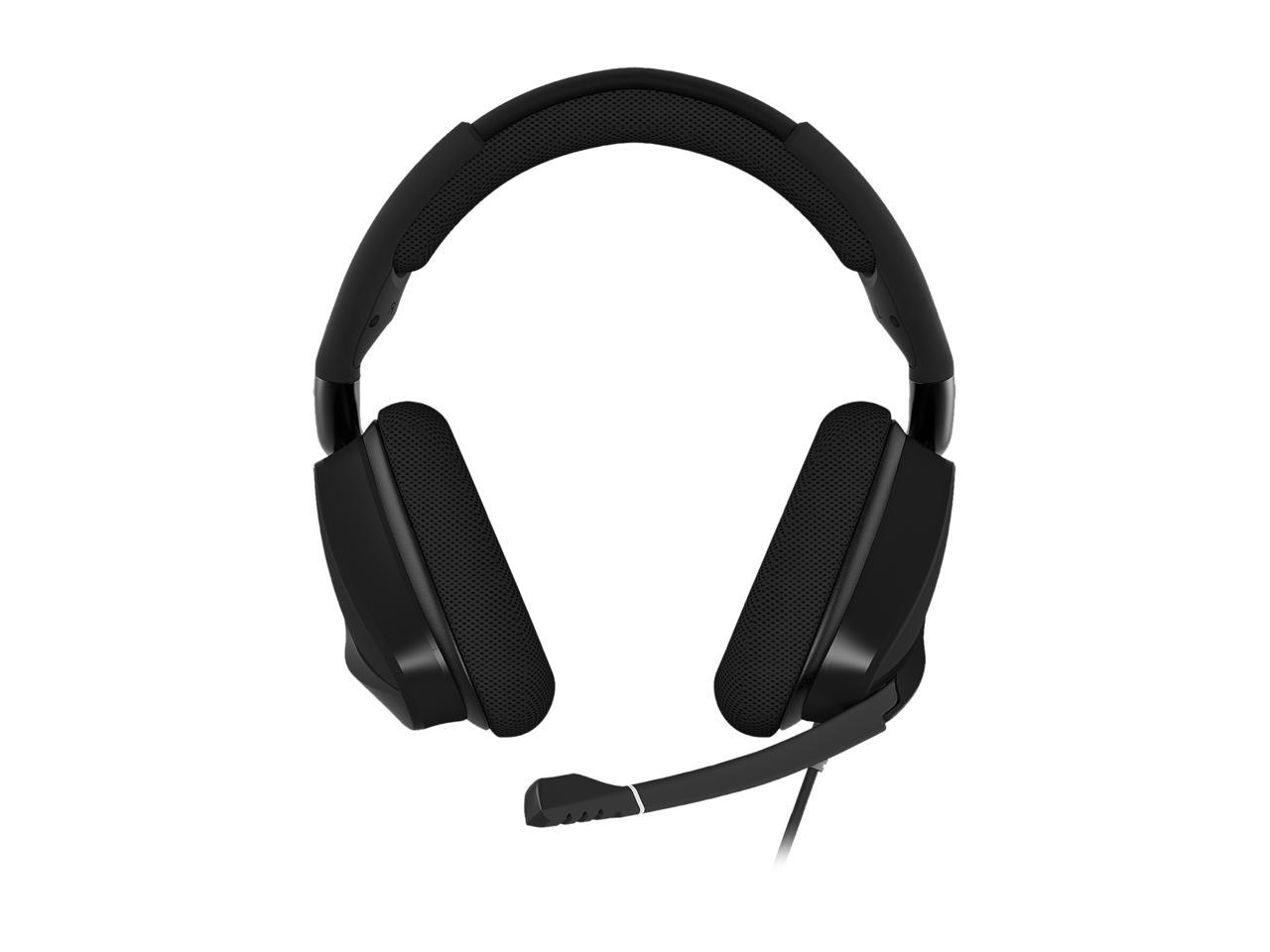 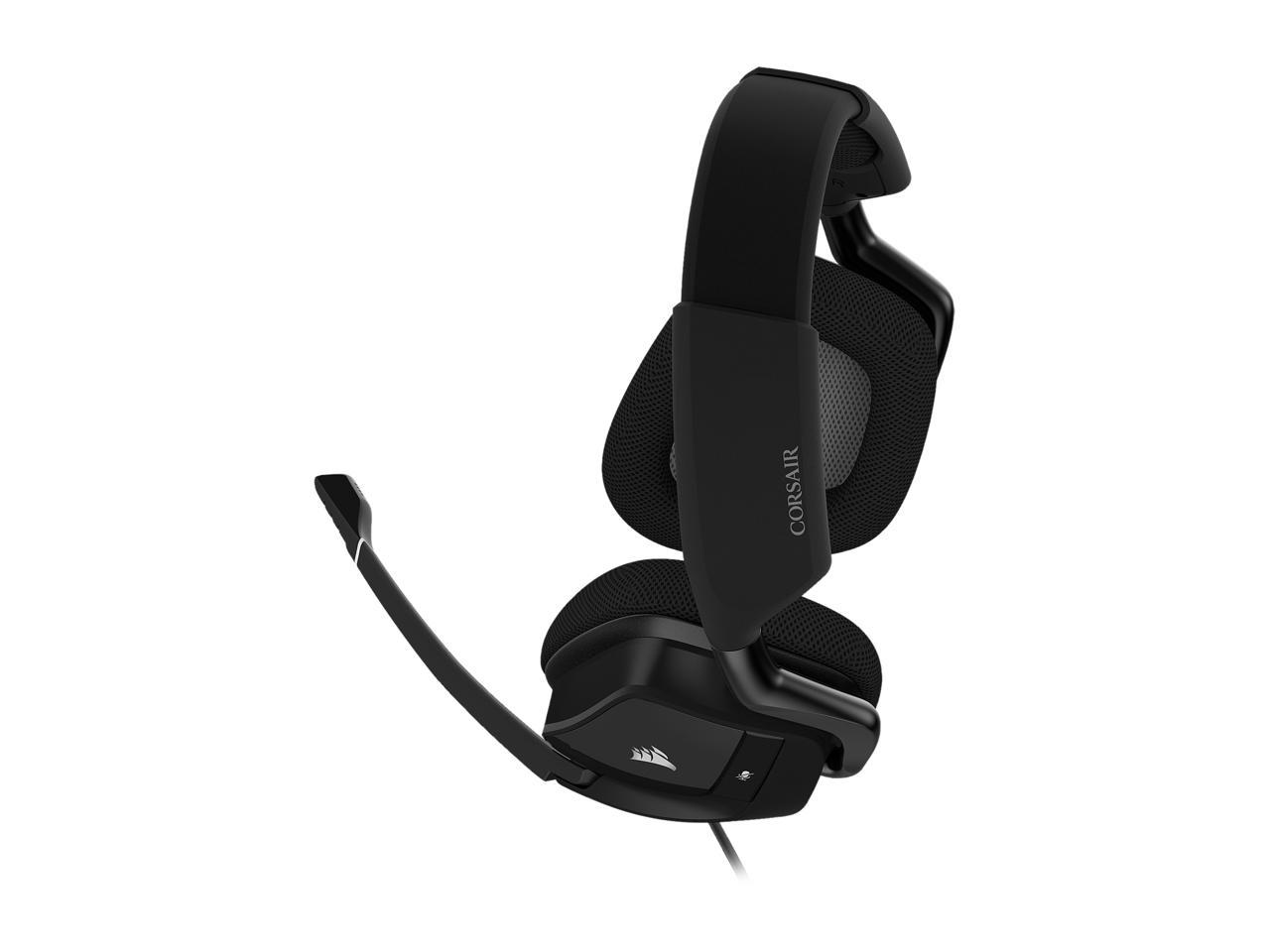 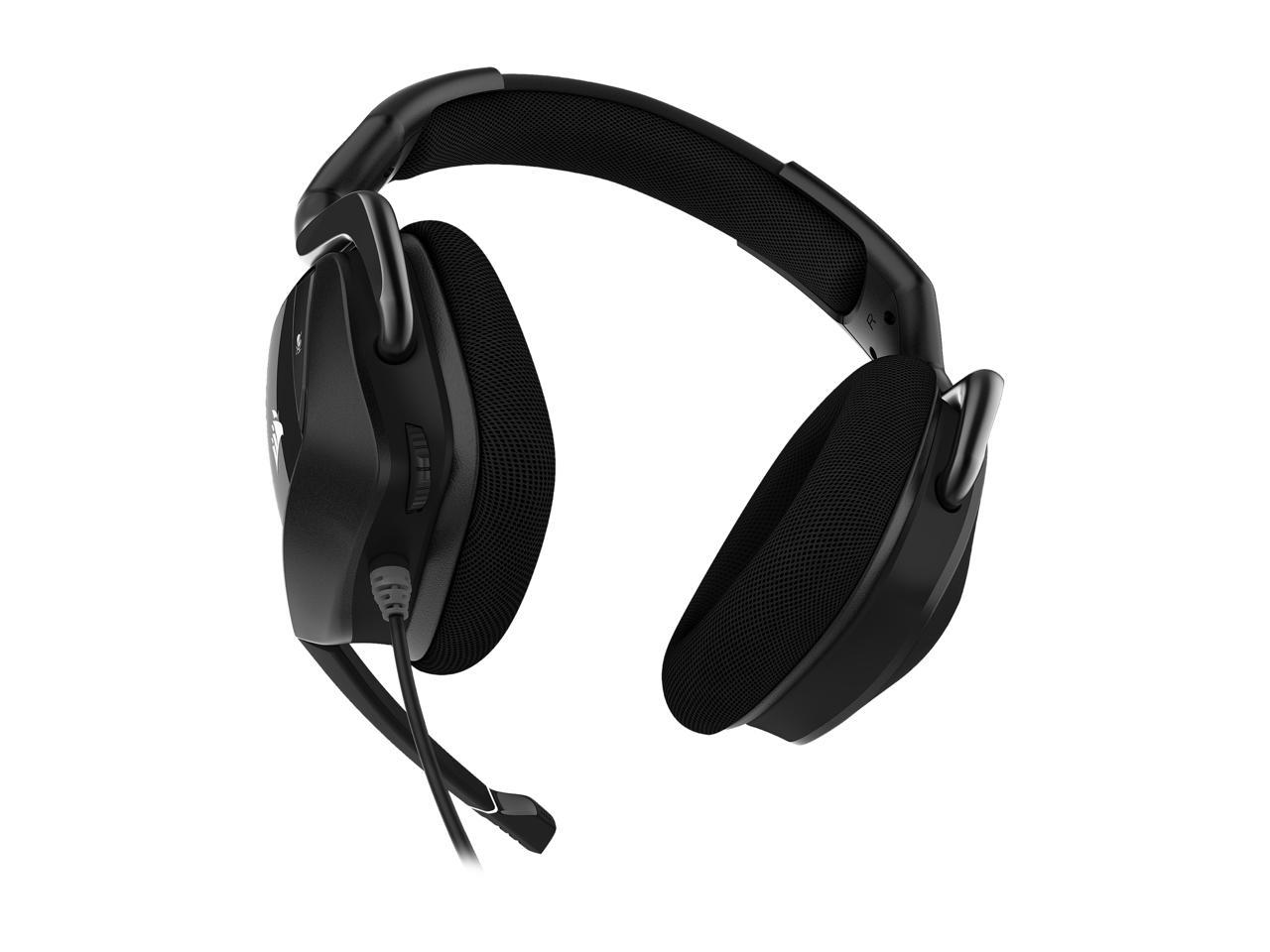 Overall Review: I don't have a ton of experience with gaming headsets, but these are by far the best user experience I have had.

Cons: - Was expecting a little more bass - Wish they fit a bit more snug/tighter to the head

Overall Review: I'm definitely satisfied overall, happy I went with them, and confident I got the most bang for my buck.

Cons: The mic is terrible. Excessive popping from the speakers. Nobody can hear me when I talk. (they say it’s quiet) I have to uninstall and reinstall drivers to get the speakers fixed

Overall Review: Bad. Wish I returned it when I could.

1 out of 1 people found this review helpful. Did you?
Manufacturer Response:
Hello, Please let us help, I'm certain our team can. Do reach out to them: support.corsair.com -Art
Magnese A.
Ownership: 1 day to 1 week
Verified Owner
Good audio but doesn't quite fit2/29/2020 8:58:51 AM

Overall Review: The audio is a massive improvement over my old headphones but the ear cups don't rest against my head as well as other headsets I have had. The ear cups sit about 1/2 a centimeter off my head behind my jaw because of their shape and if they could only rotate about 20° more they would fit better.

Pros: Only use if you play single players only

Cons: No driver support, you sound like a mouse talking to a giant no one will hear you speak. Discord at 200% and iffy at best. Avoid.

Did you find this review helpful?
Manufacturer Response:
Hi Enrique, Sorry to hear about your experience. You can update your headset's driver through our iCUE software. If you still experience low microphone volume, please contact us and we'll happily help: support.corsair.com -Albert
STEVEN T.
Ownership: more than 1 year
Verified Owner
DO NOT BUY!4/28/2021 10:57:19 AM

Pros: Worked for awhile. People in chat groups remarked about how good I sounded, and lack of static my old headset had introduced.

Cons: Failed after a mere year of occasional use and careful storage. Now, nobody can hear me on Discord or Skype, even though I can hear them. The big-app driver is confusing, and slow to load. Just relying on the Windows controls is confusing, too. It's amazing how this headset can work one day, and then 3 days later fail so badly that I had to revert to alternative devices, and holding up the game-start for the entire group.

Did you find this review helpful?
Manufacturer Response:
Hi Steven, Sorry to hear you're running into issues after a year. Considering our headsets carry a 2-year warranty, please get in touch with us - we'd be happy to help: support.corsair.com -Albert
Anonymous
Ownership: 1 month to 1 year
Verified Owner
Reliable3/23/2021 6:14:32 PM

Overall Review: Mic has an issue that during gameplay mic audio is barely audible and can lead to miscommunication if you don't have the proper software

Pros: I have one out of 4 that didn't work when received. I will talk with American Express to see if it is covered with the replacement.

Overall Review: If you like the idea of 25% of your equipment NOT working then this is a good product...

Did you find this review helpful?
Manufacturer Response:
Hi, Sorry to hear one headset is DOA. Considering our headsets carry a 2-year warranty, we'd be happy to help: support.corsair.com -Albert