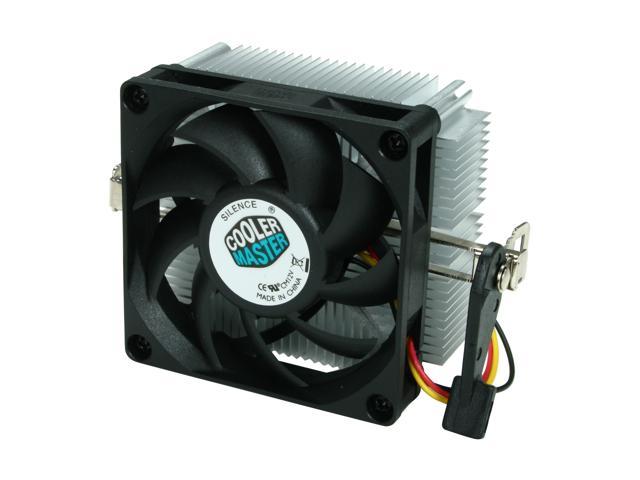 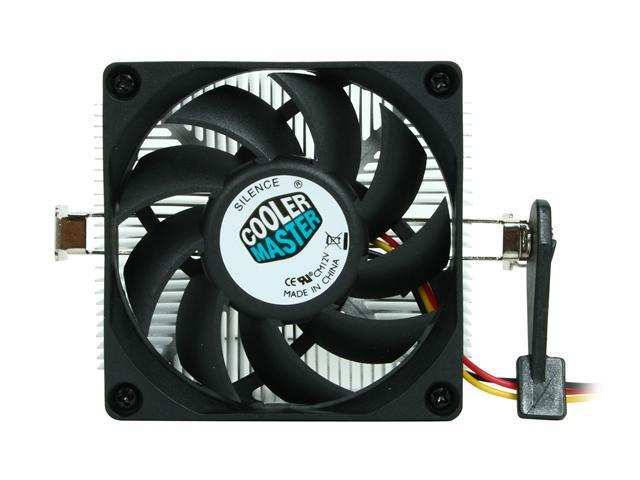 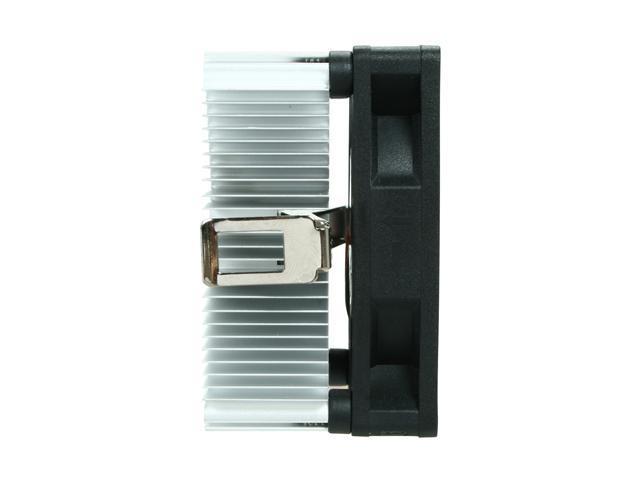 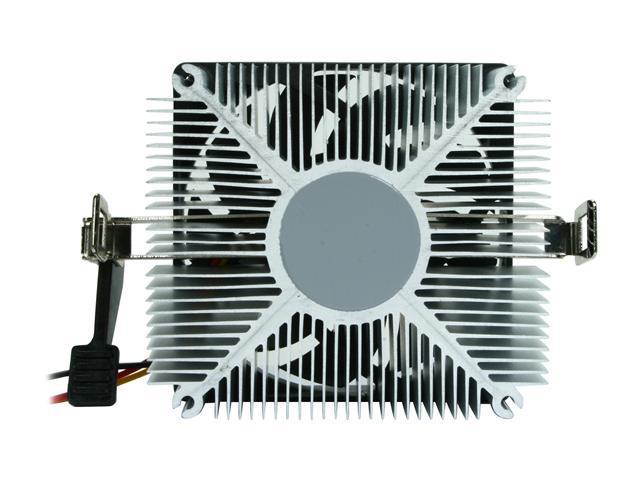 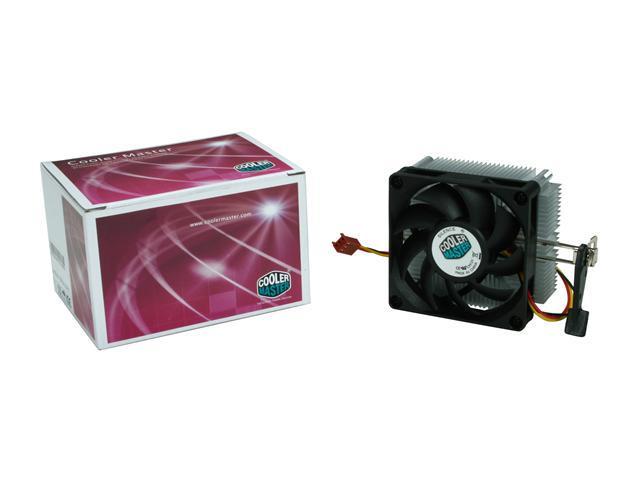 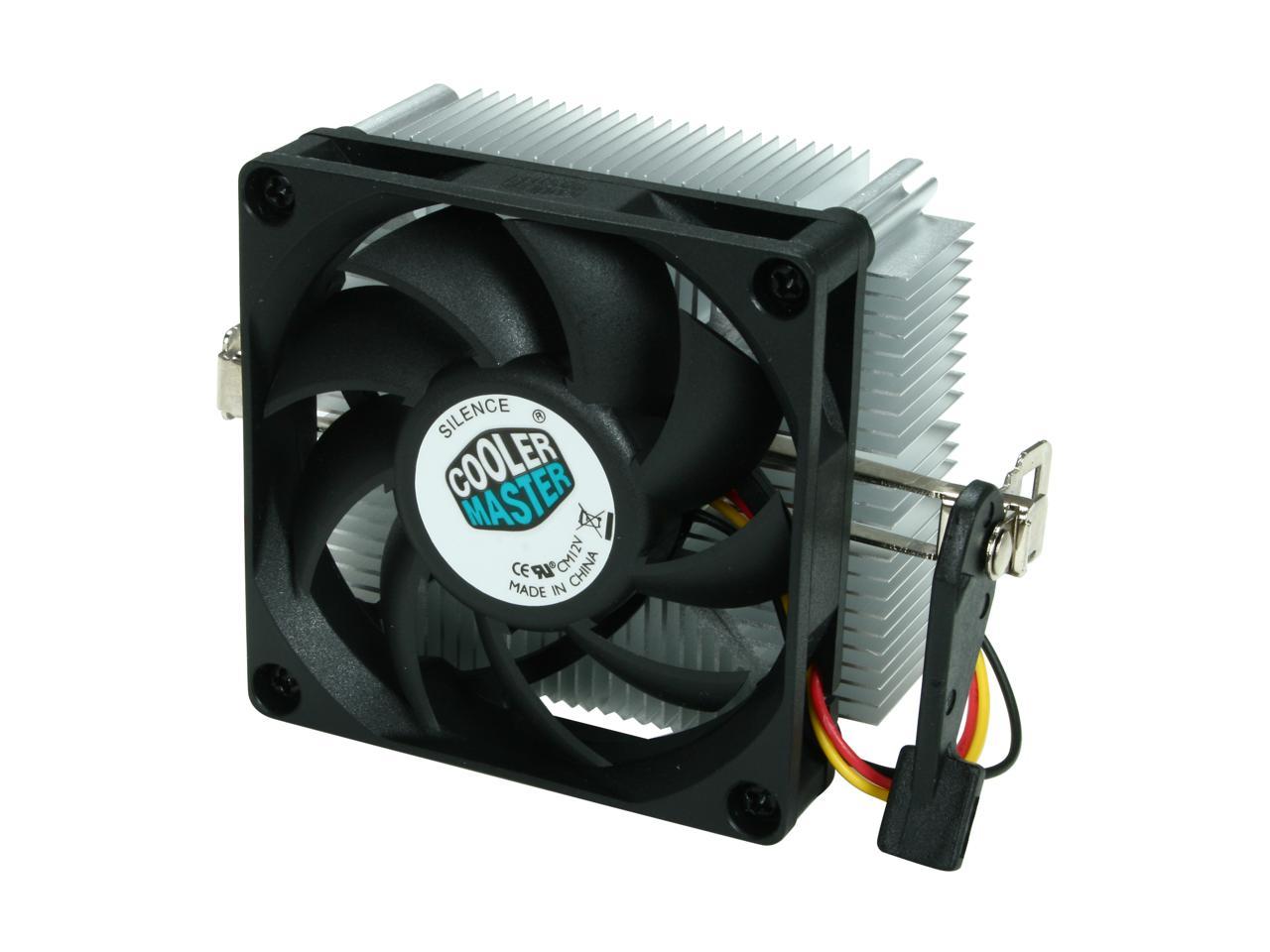 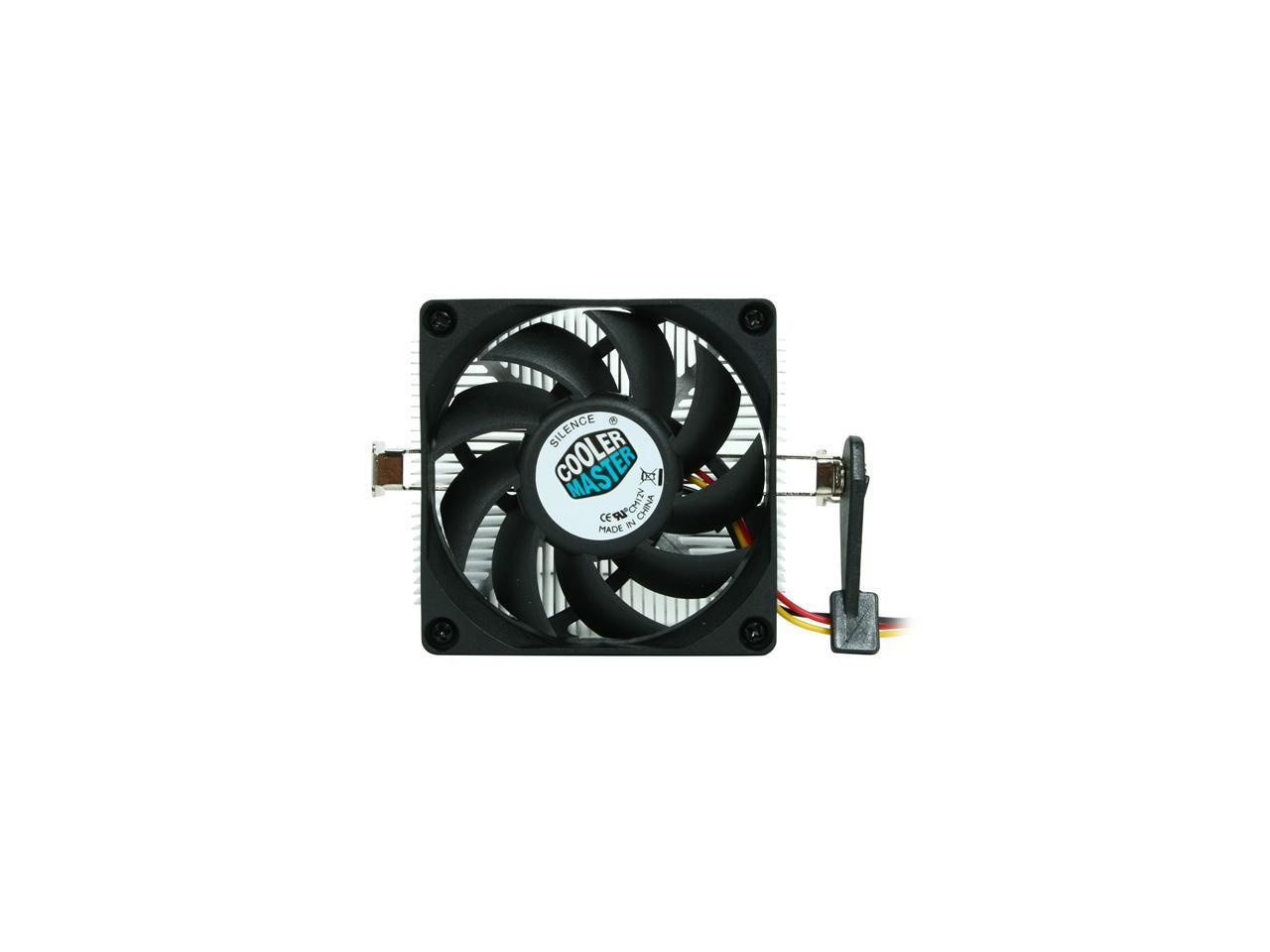 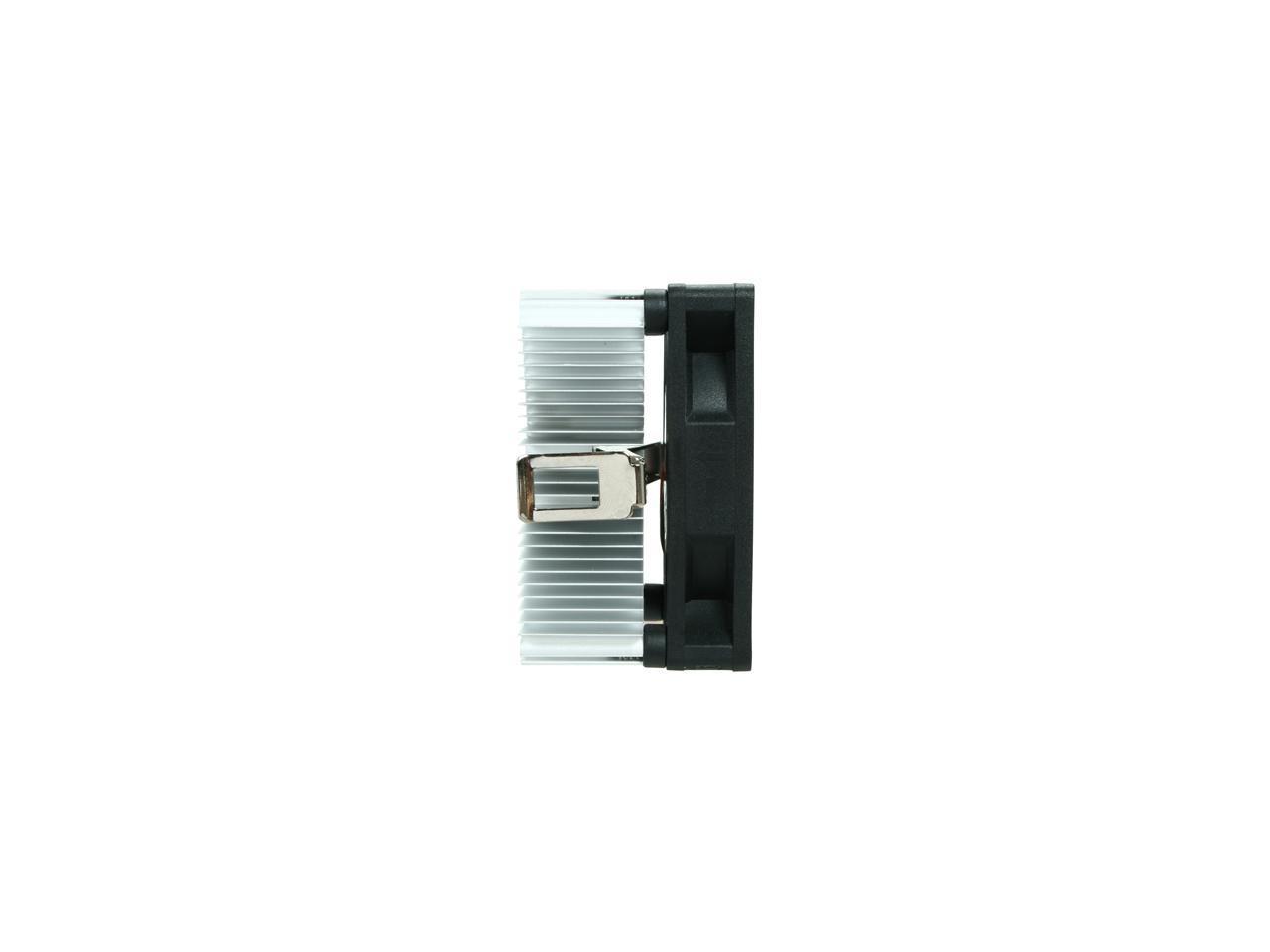 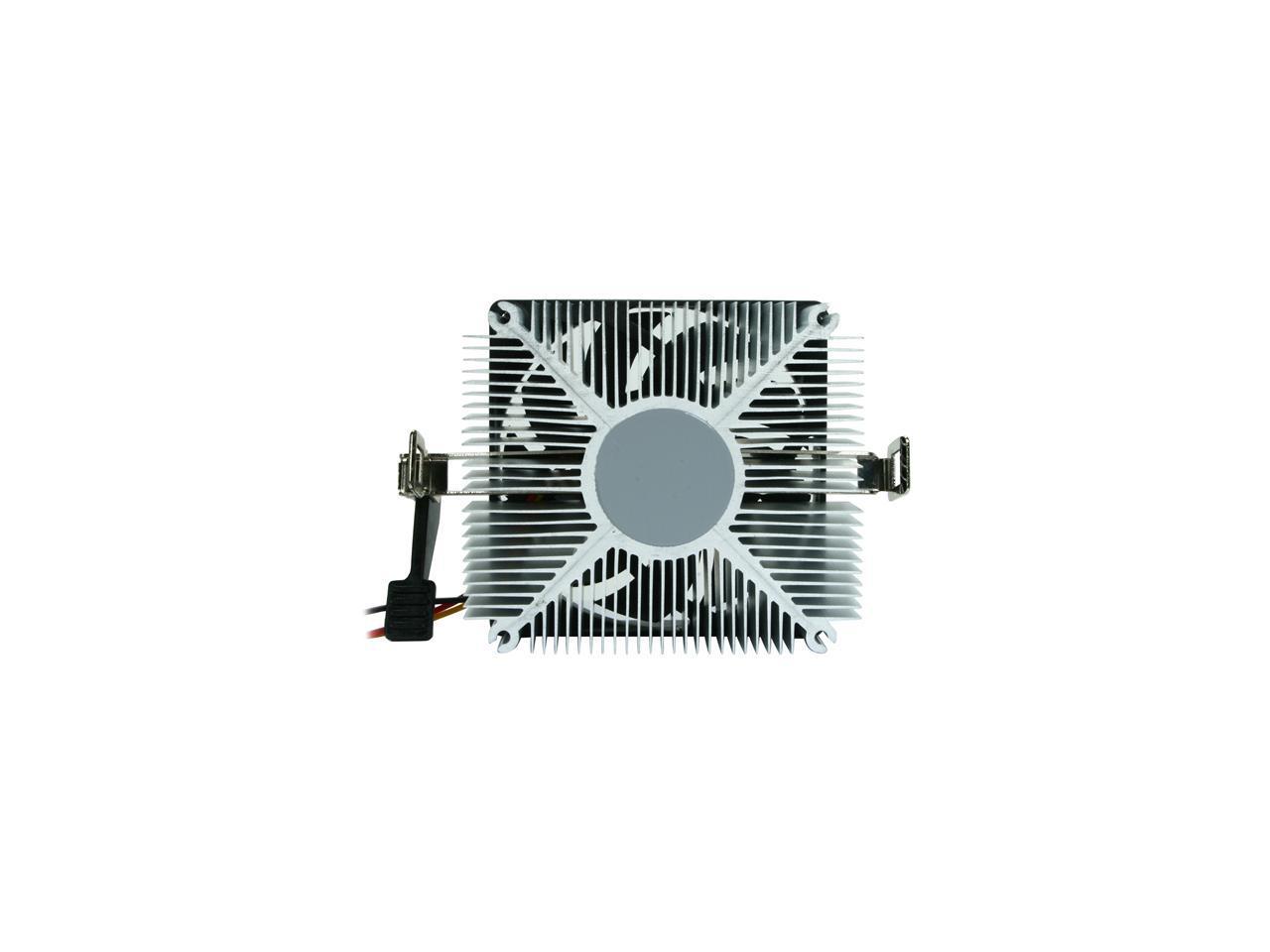 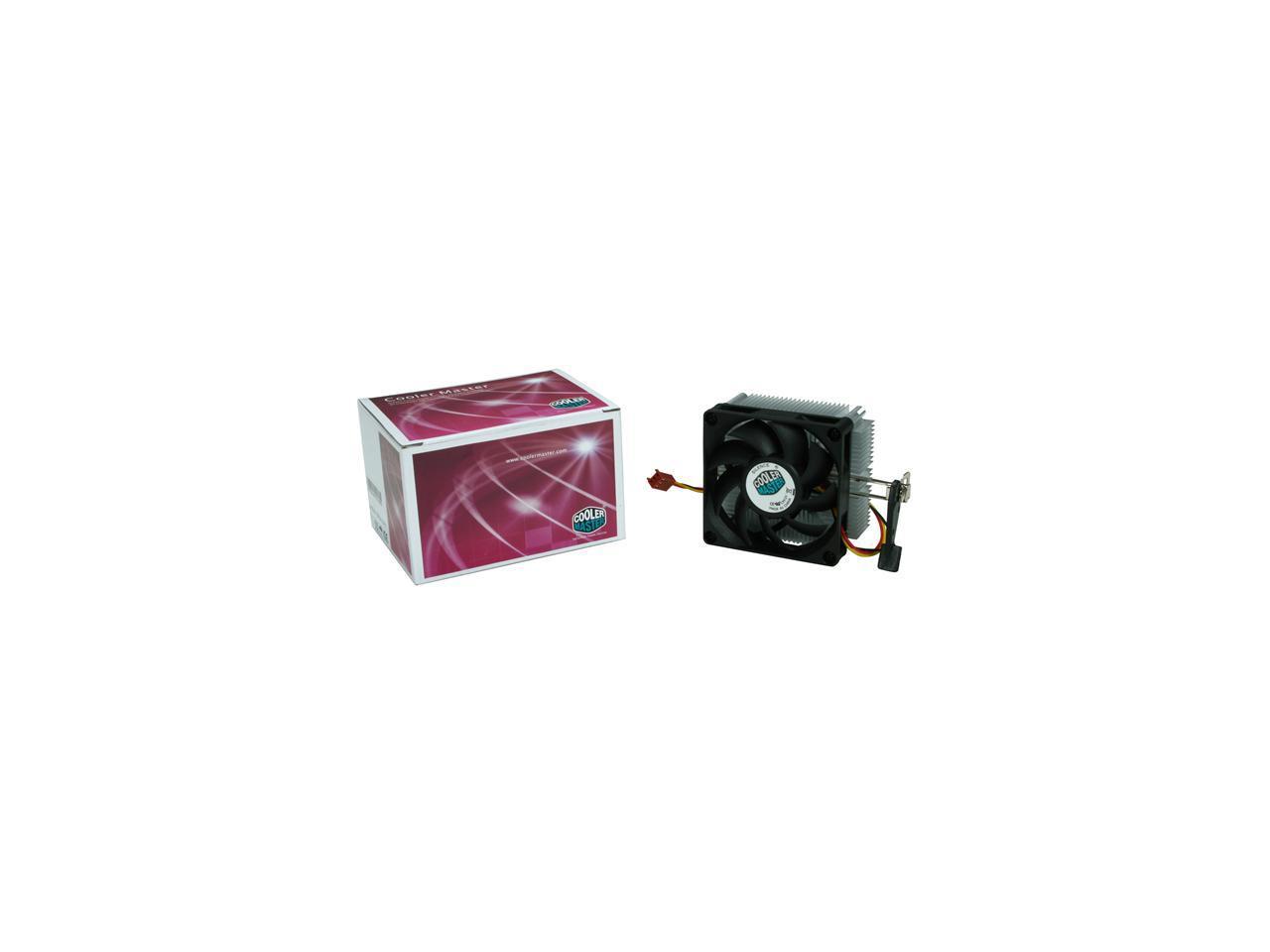 Cons: 65 watt limit is not really a con unless you regret self-imposed limits later. I'm not sure how long CPU fans last, but plan to use it future CPU upgrades (athlon II x4 605e/ phenom II x4 910e)

Overall Review: It may be too early to review this, but I'm pleasantly happy with this CPU fan/heatsink. I paired this up with an OEM Sempron X2 2300 from here and got temps ranging from 28 C to 39 C, while averaging around 34. I also bought it because it had pre-applied thermal paste, felt that 25dB would be quiet enough (it is), and because it was AM2 and AM2+/AM3 compatible, meaning I can take it out when upgrading is time, add some paste, and pair it up with a Phenom II or Athlon II quad core with a 65 watt or 45 watt TDP. Using Linux, Jupiter is convenient for showing me my temps in Debian distros like Mint, Ubuntu, etc. 65 watt limit may be a con, but will keep me waiting for something like the Athlon II X4 615e (65w) or a Phenom II X4 910e when prices go down. This was my first build so things turned out well.

Pros: Price is good! It does work, and it does keep it cool at idle speed around 28-30 degrees Celsius. It was easy to install. It's very quite even running at full speed.

Cons: Won't cool if you have heavy usage on the Processor. I have a Athlon x2 2.8 Ghz 65W, Once I start playing games like Skrim or Battlefield 3 it will not keep the processor cool below 60 degrees Celsius. If you use your computer for low processing applications this is the cpu cooler for you.

Overall Review: I bought this Cpu cooler to replace my Cooler master Hyper TX3, because it wouldn't fit in my case. This CPU cooler is small, easy to install, it works and it's a great product. But for my usage on my computer it's completely useless. I'll end up going back to my hyper TX3. 2 eggs for me.

4 out of 4 people found this review helpful. Did you?
Manufacturer Response:
Hi Zornox, we are sorry to hear you are having trouble with our cooler. Please make sure to remove the cooler from auto to manual and increase the fan speed on the cpu cooler. If that is not done, then it will run based on what the motherboard's bios is set at. If you have any other questions, please let us know via the Live chat link below. Respectfully - CMUSA Customer Support.

Pros: pretty quiet, runs faster or shuts off depending on temps and even at full speed is not very loud. The case fan was much noisier so that was replaced....This fan also has the thermal paste applied so no need to buy extra. I bought an oem chip with no cooling unit and this one works great so far. The CPU is a low watt 45tdp so a small fan is just fine. the temp monitor seldom goes above average, so it's cooled well.

Cons: you might need something bigger if you are cooling a six core CPU but then that would have a fan in the box most likely.

Overall Review: This was part of an effort to revive an old computer trying to stay under a hundred. Did not pan out so the new board, CPU, recertified hard drive, just one gig of memory are happily in a new case and running Ubuntu. Reused the old cd rom, monitor, power supply, hard drive, mouse, keyboard. Good back up. spent about one fifty so very pleased.

Pros: Has kept my quad 3 Ghz AMD processor within specs even under intense load.

Cons: Occasionally have to blow out the heat sink fins to remove trapped airborne debris but that is common on many models of heat sinks.

Pros: Great cooling fan for the price. Nice and quiet and keeps my CPU nice and cool. Would recommend this to anyone looking for a replace for the stock CPU fan.

Overall Review: I had to replace my original cpu fan and this is a good supplement.

Cons: Lasted 3 months and some days before it started sounding like it was hitting something (bearings going). I had hoped for better Quality from Cooler Master (their cases are phenomenal).

Overall Review: Get what you pay for.

1 out of 1 people found this review helpful. Did you?
Manufacturer Response:
Hi Drake, we are sorry to hear you are having trouble with our cooler. Please contact us via the Live Chat link below so we can rectify the situation. Respectfully - CMUSA Customer Support.