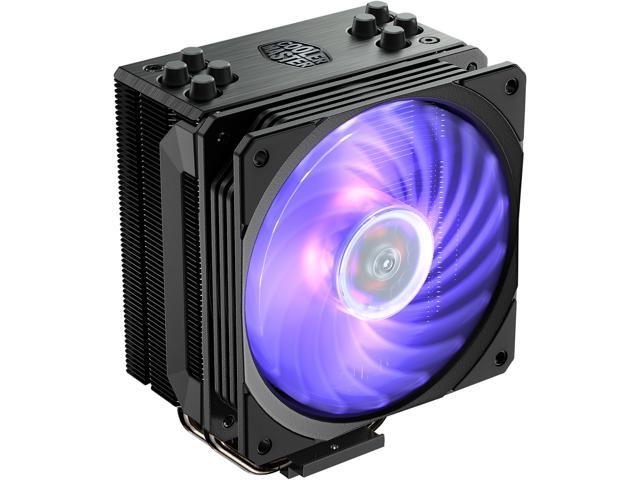 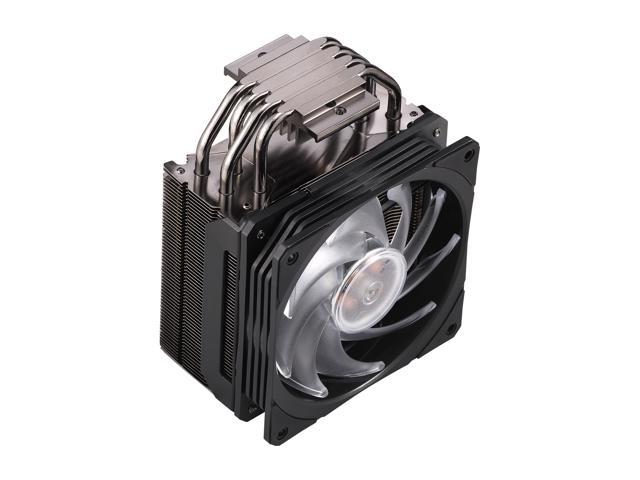 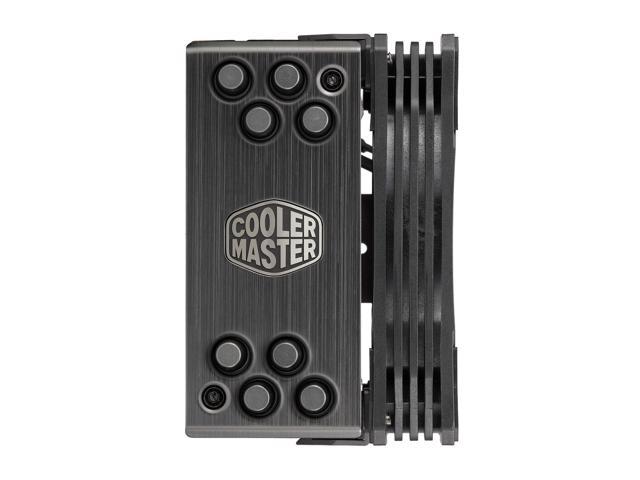 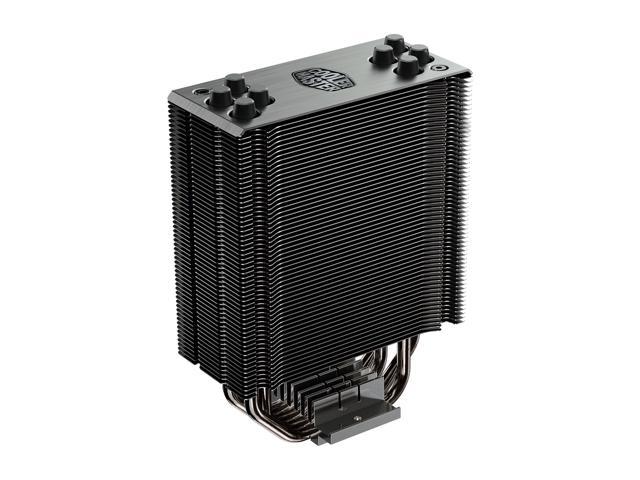 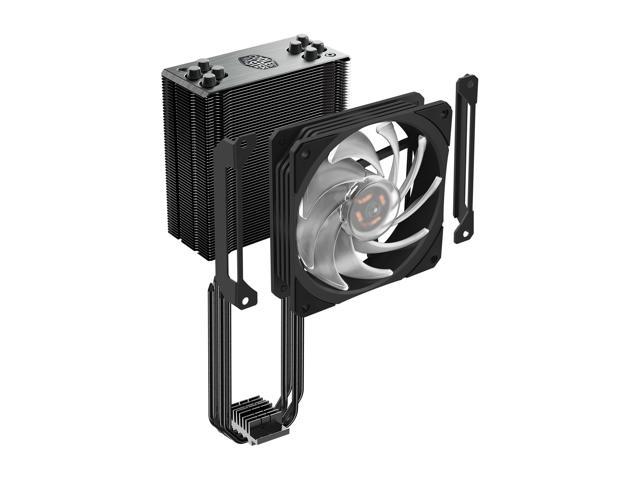 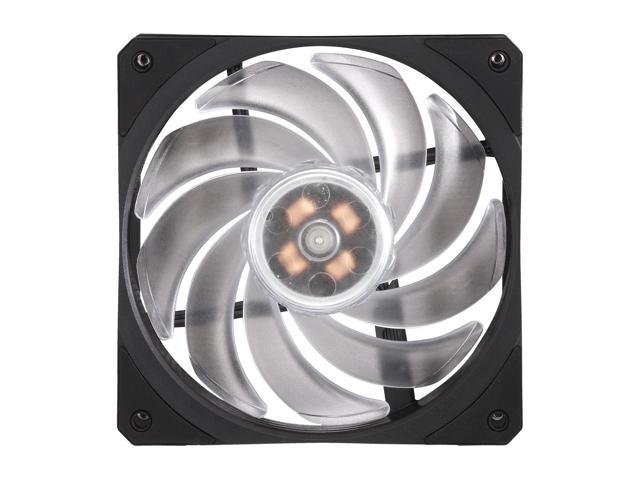 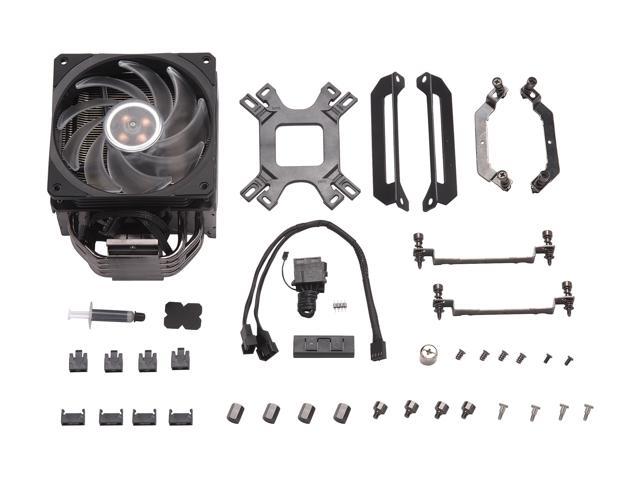 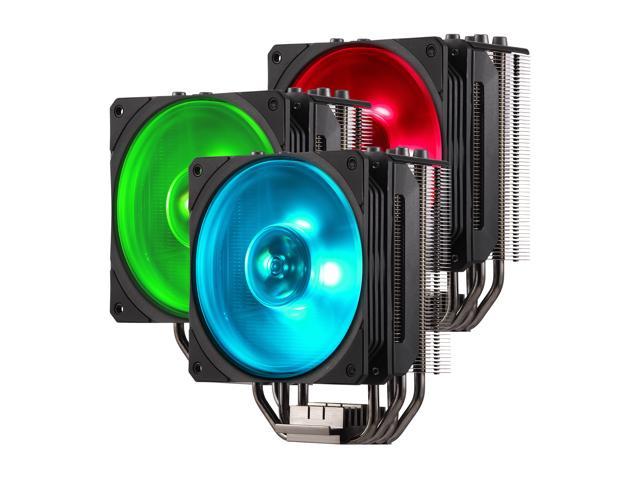 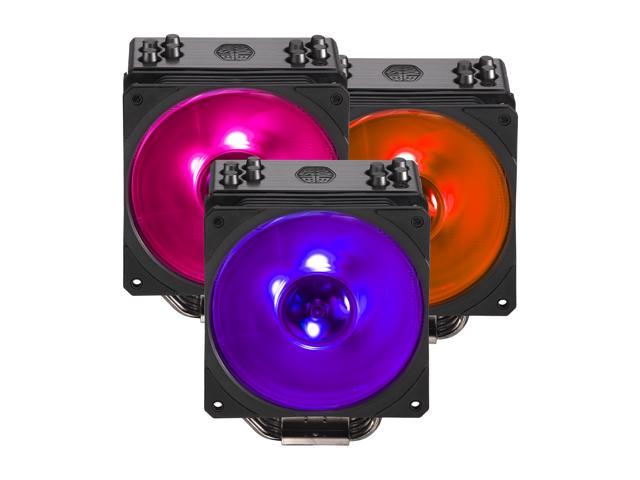 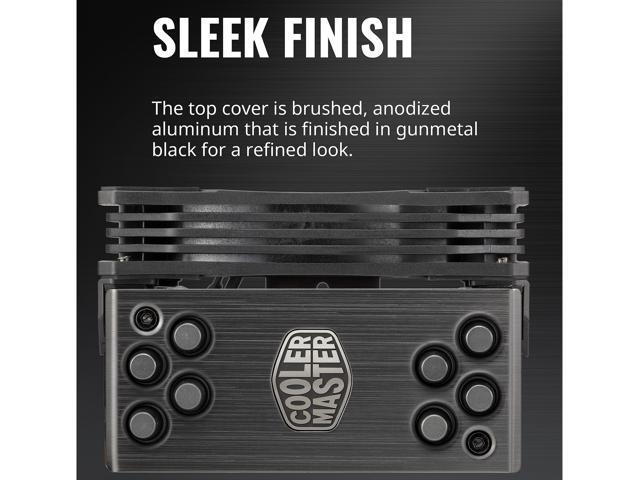 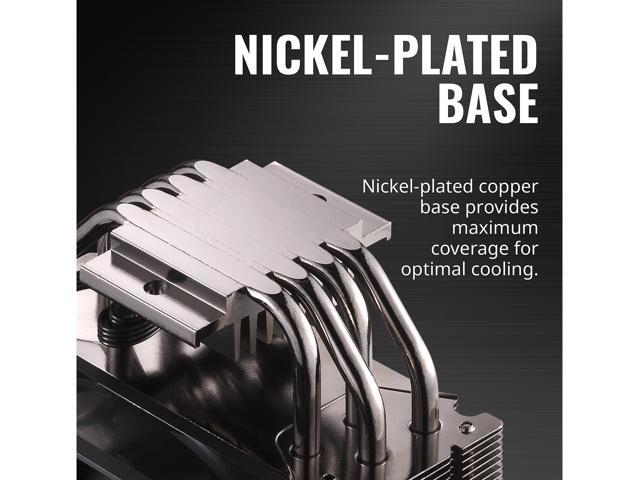 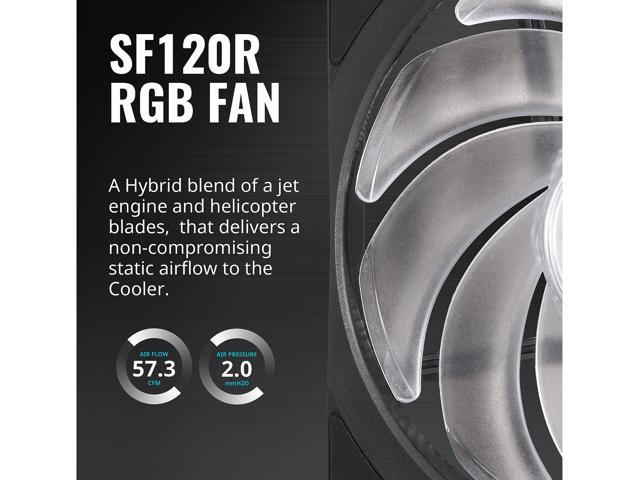 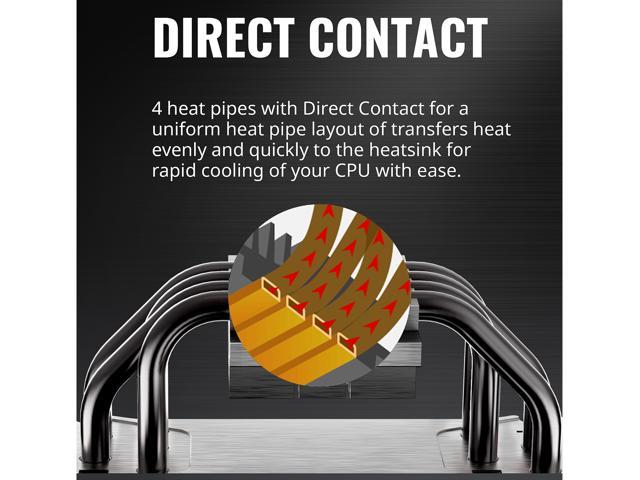 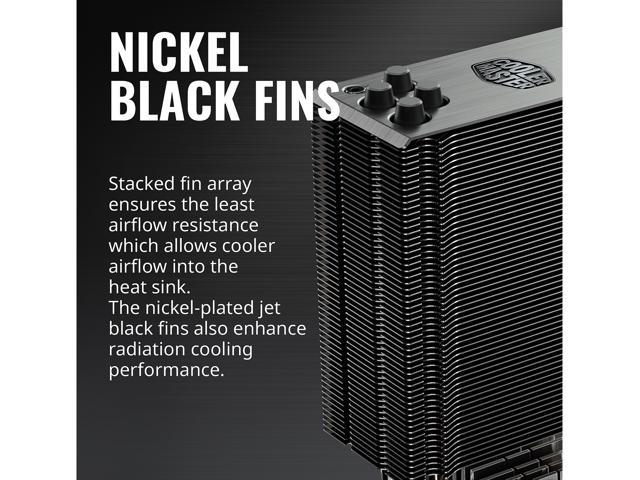 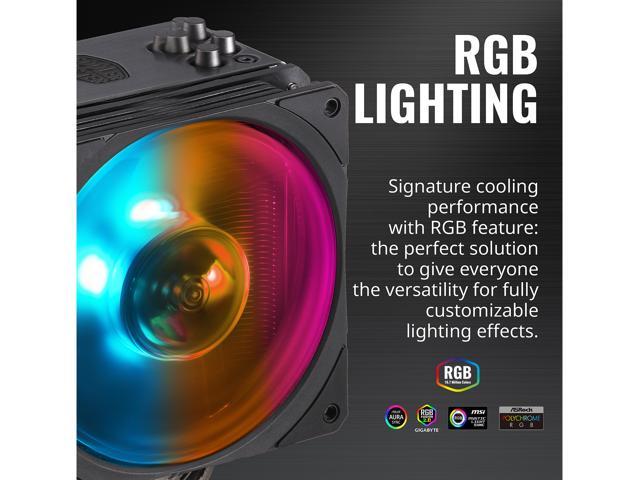 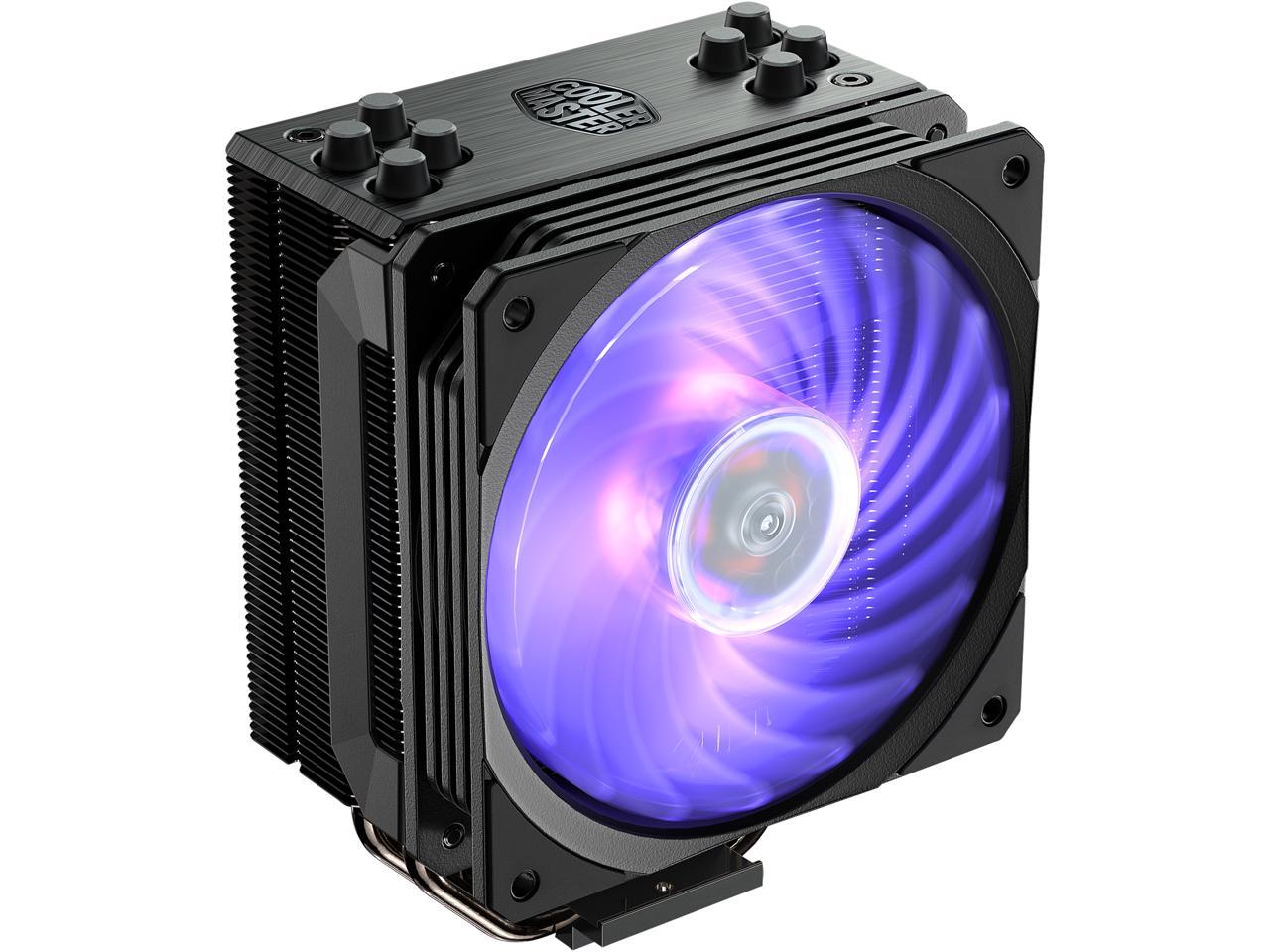 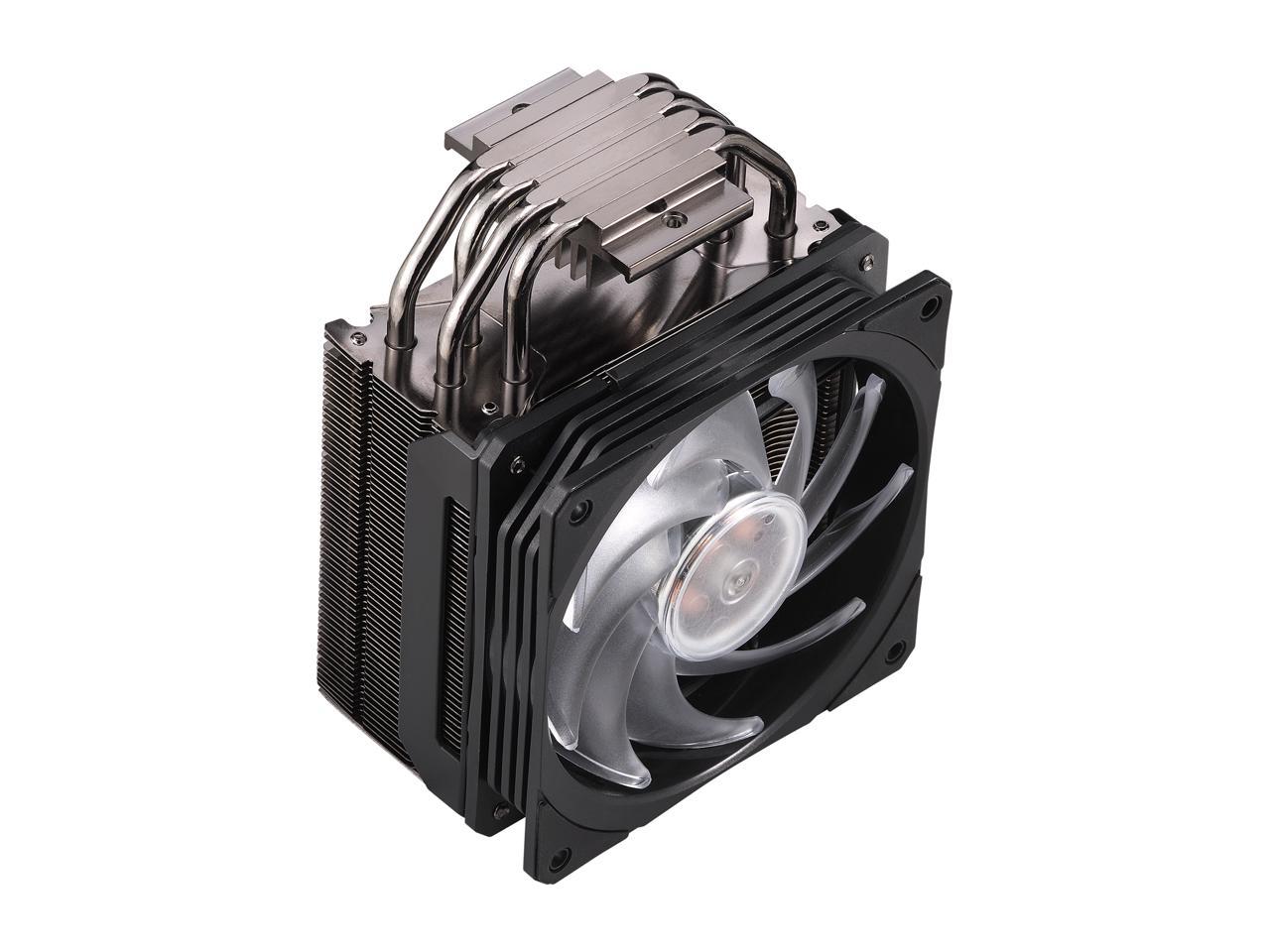 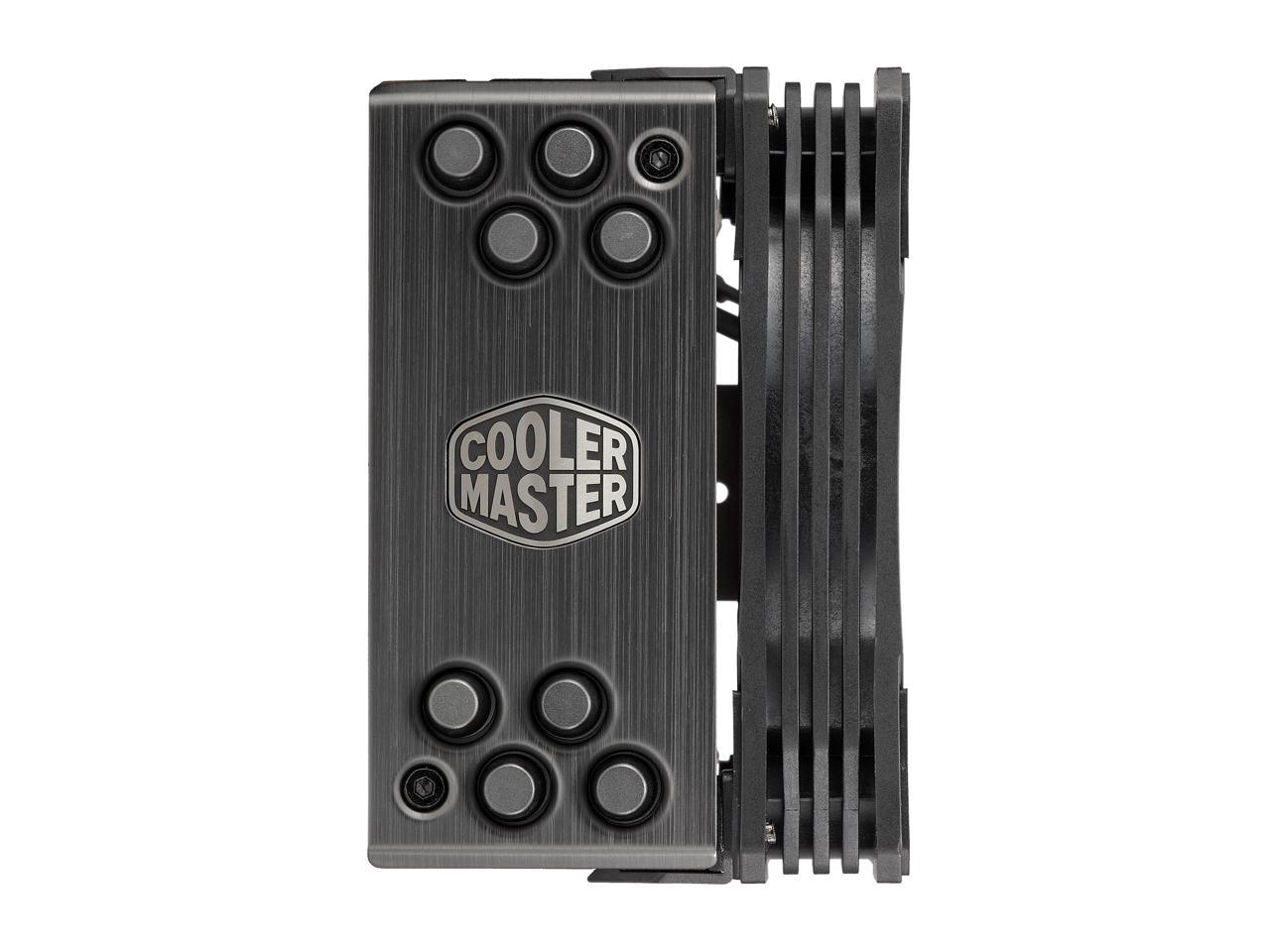 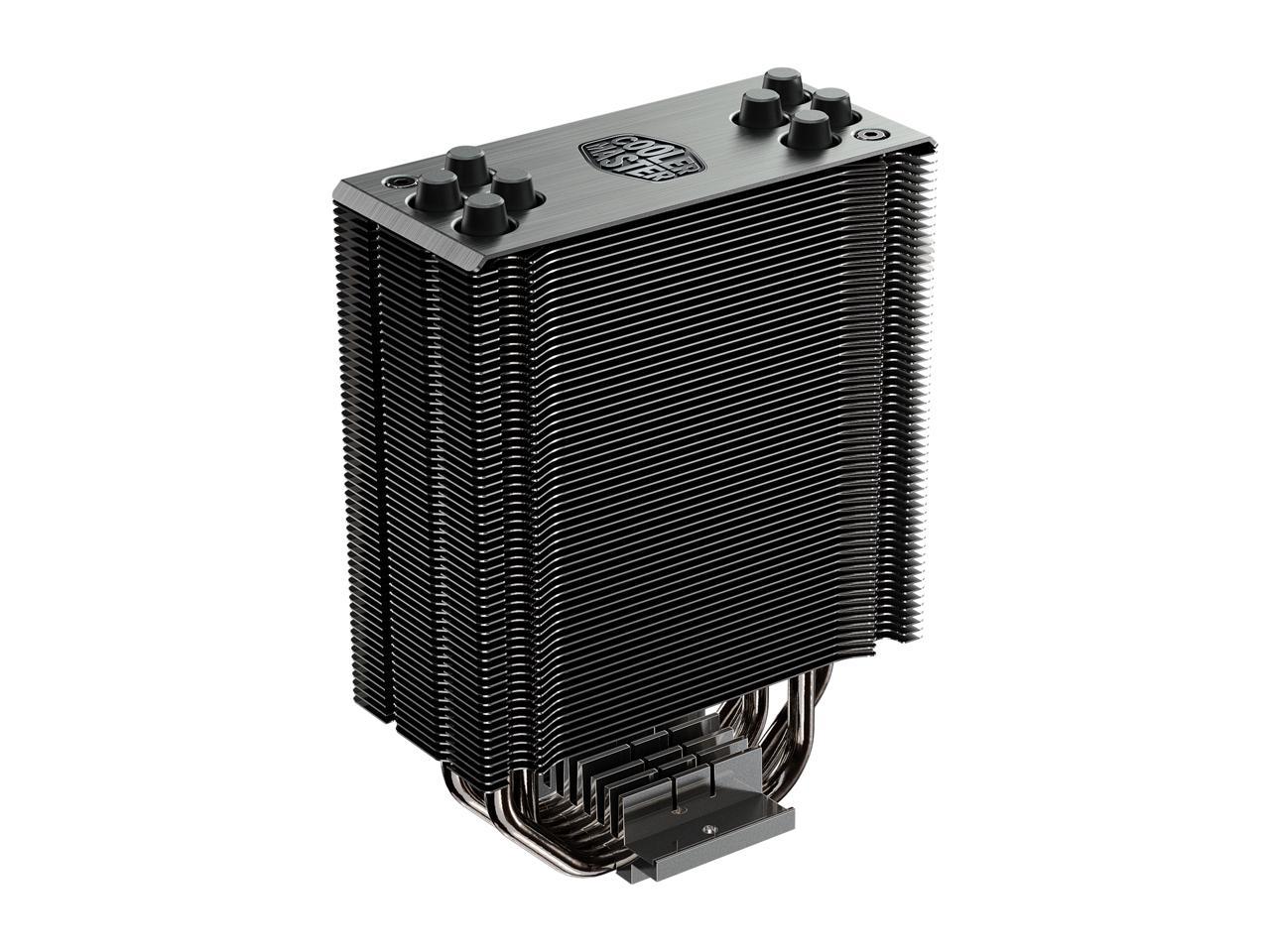 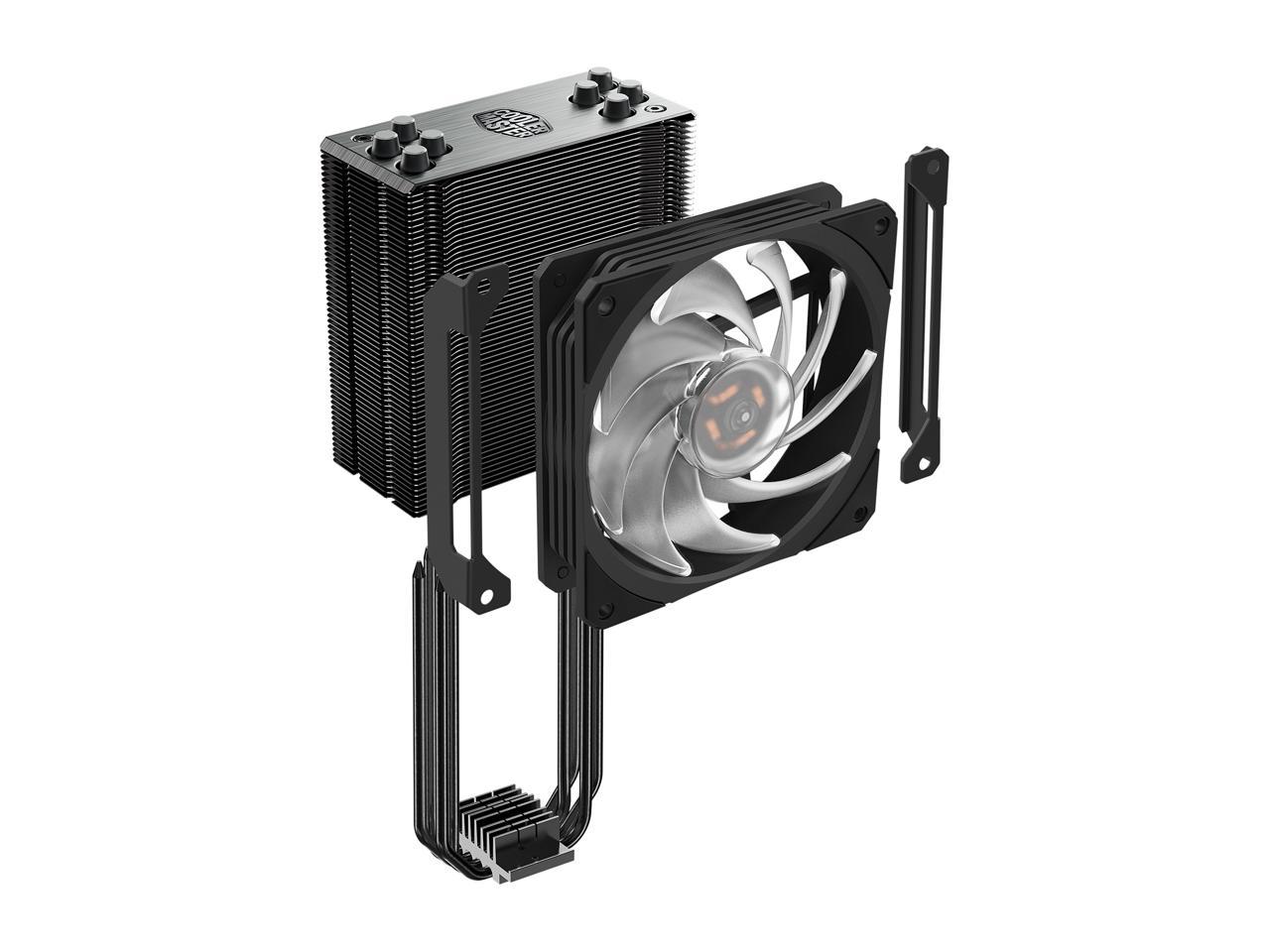 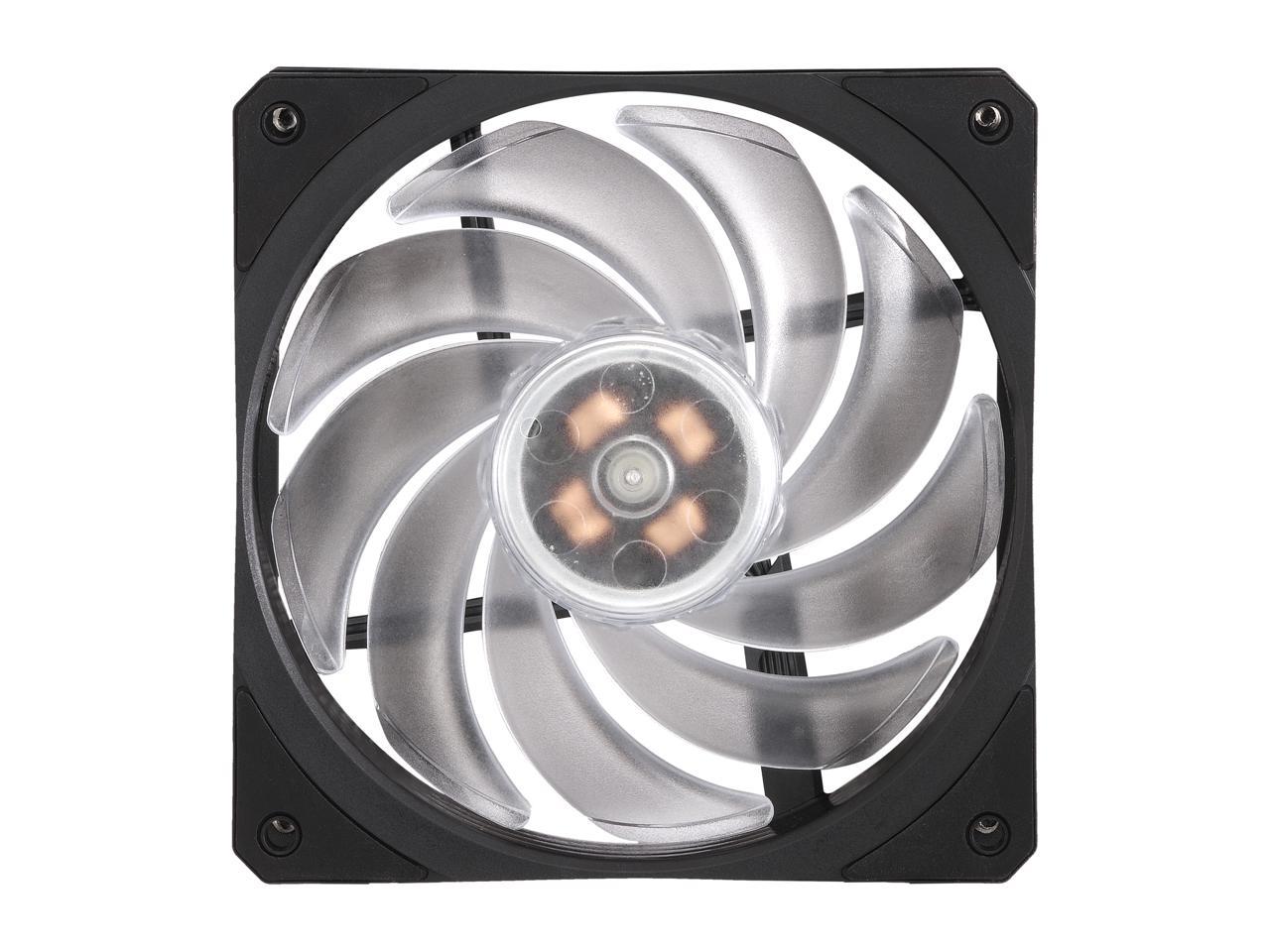 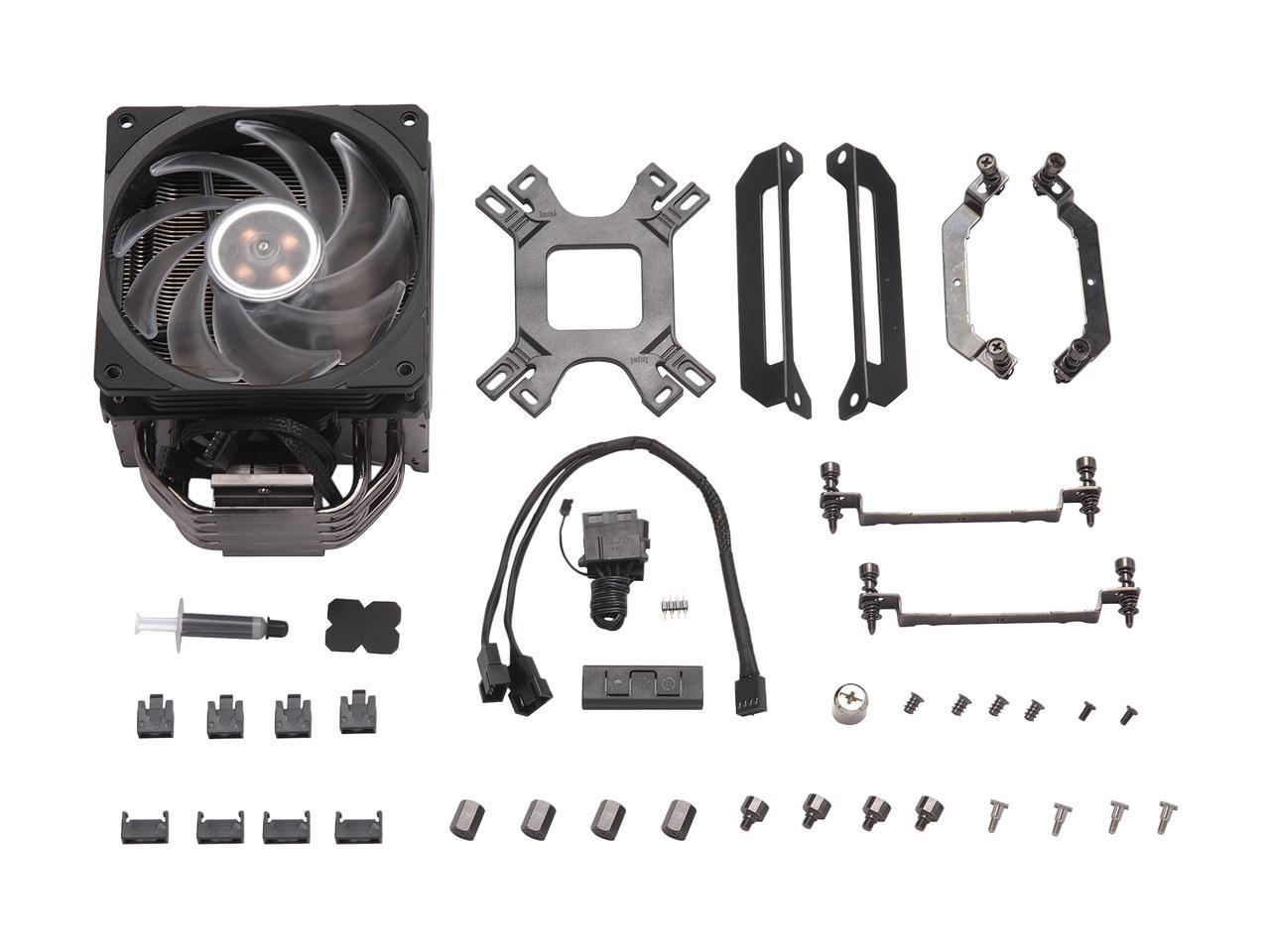 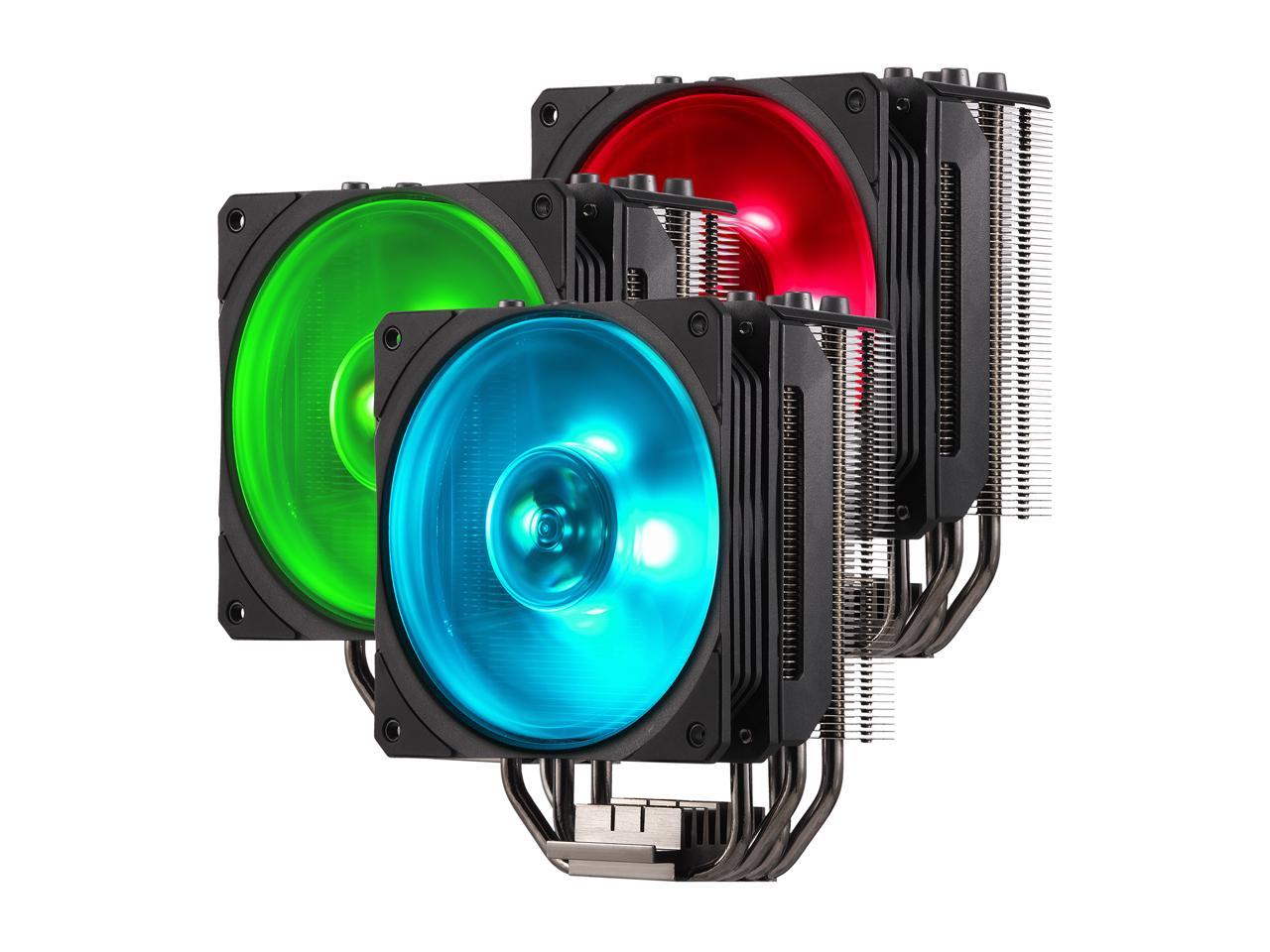 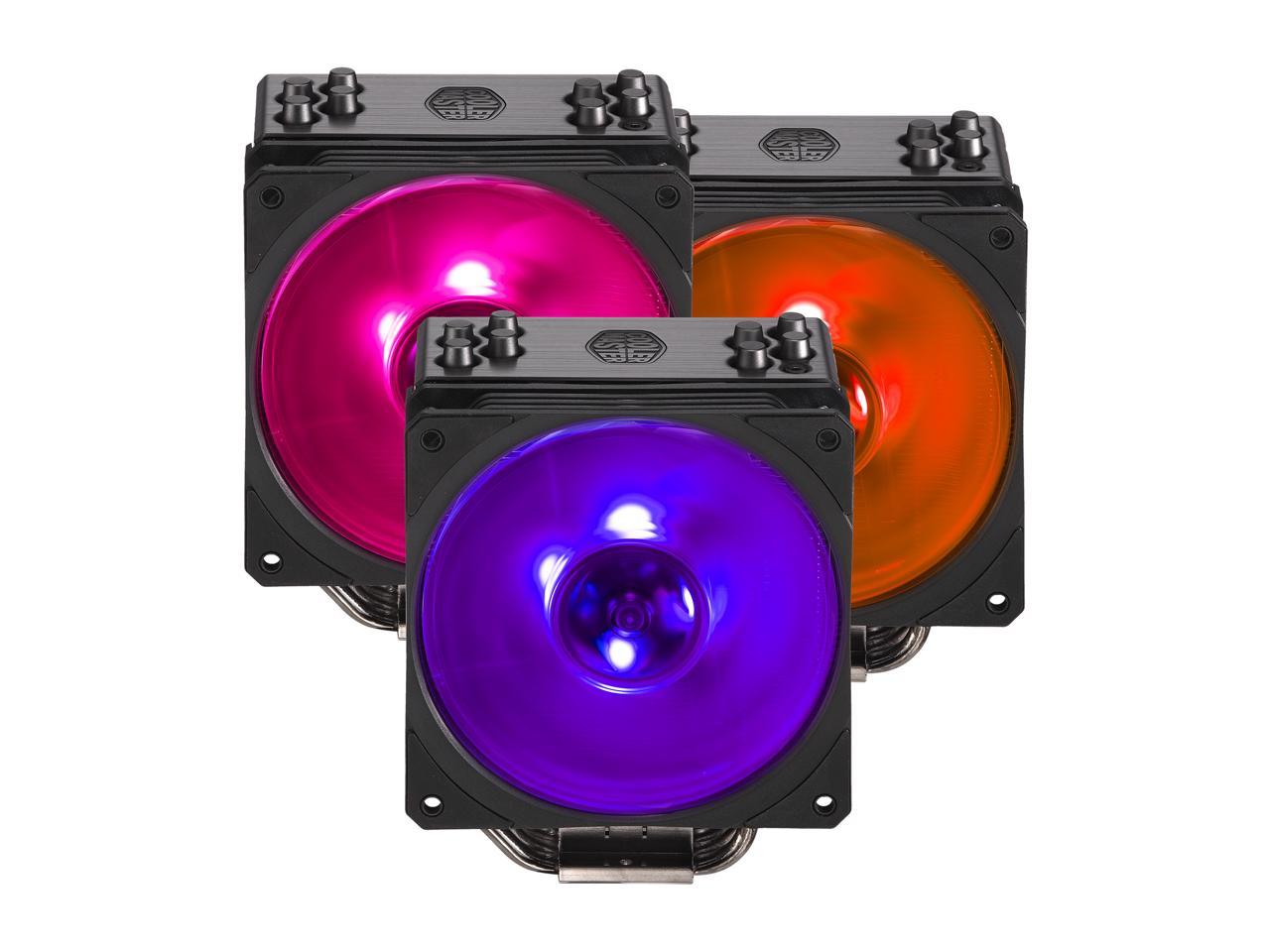 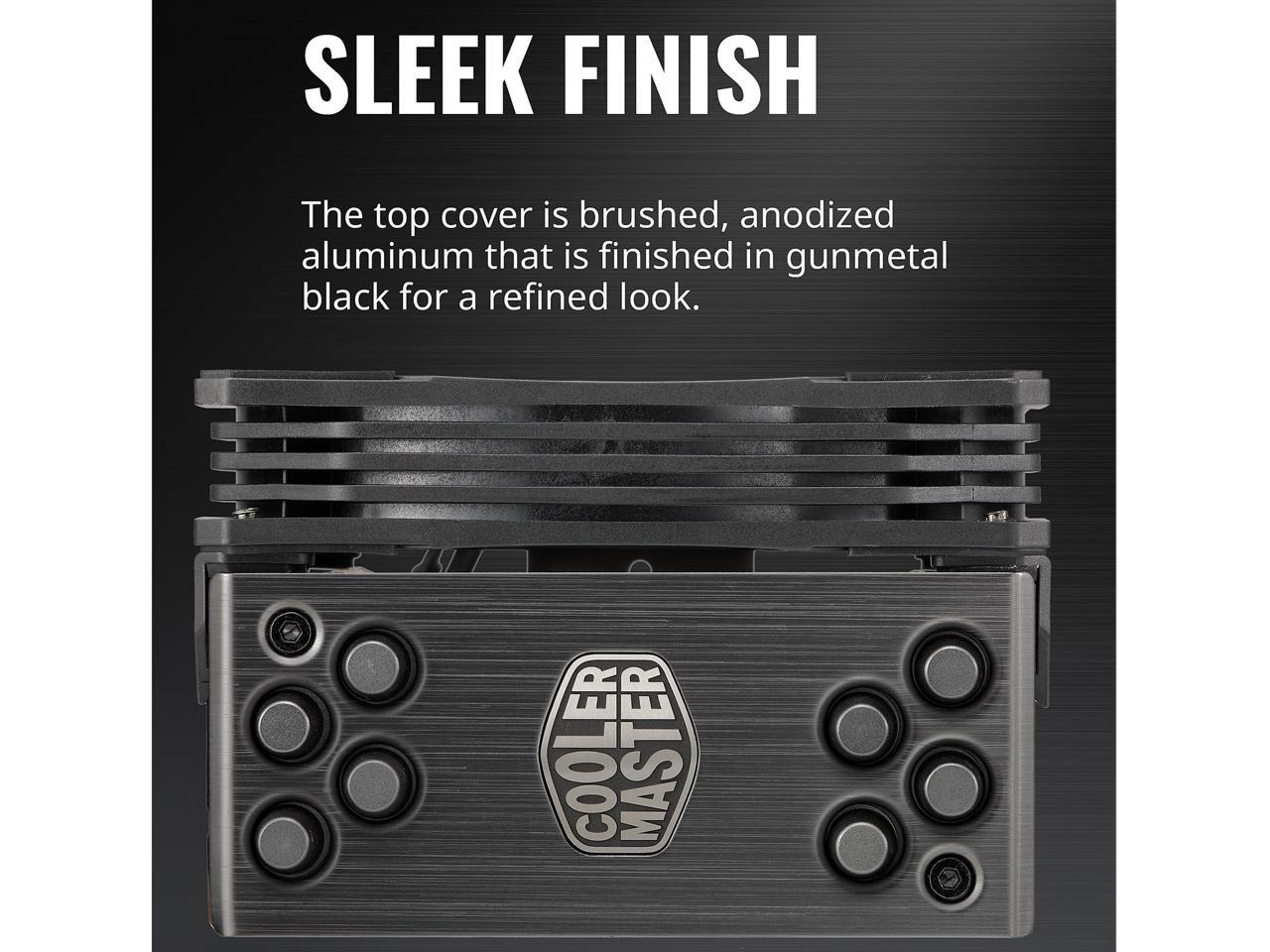 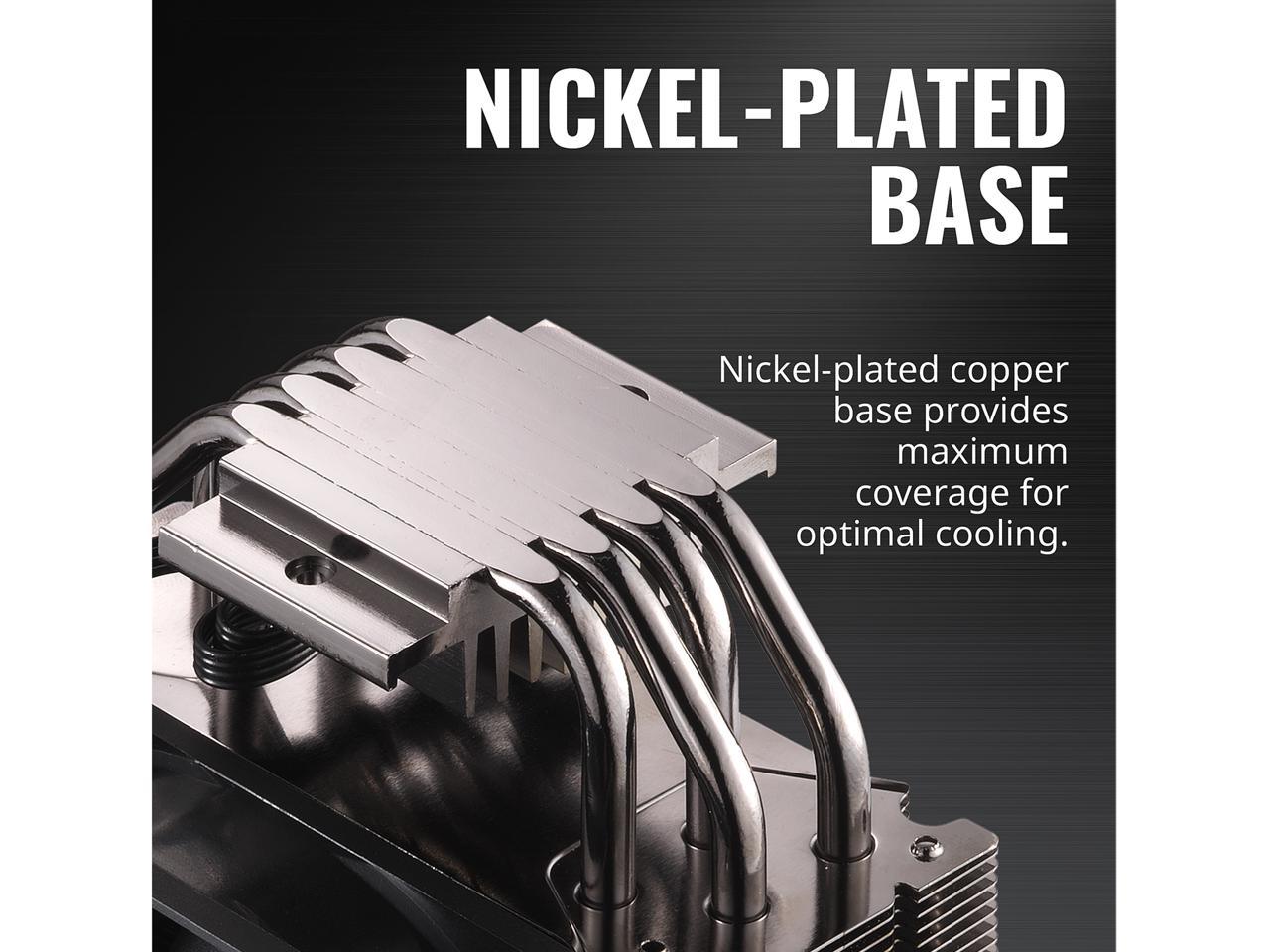 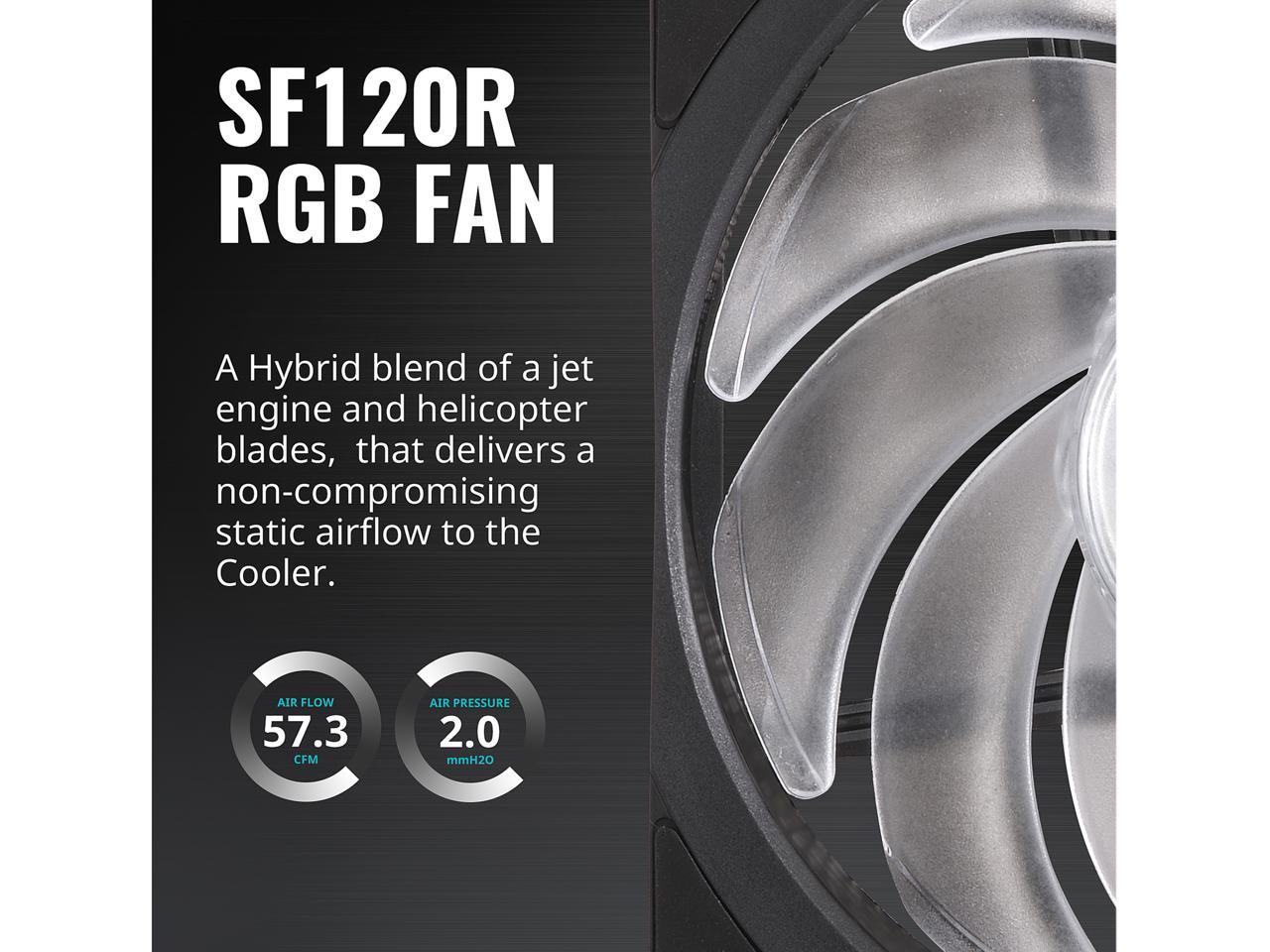 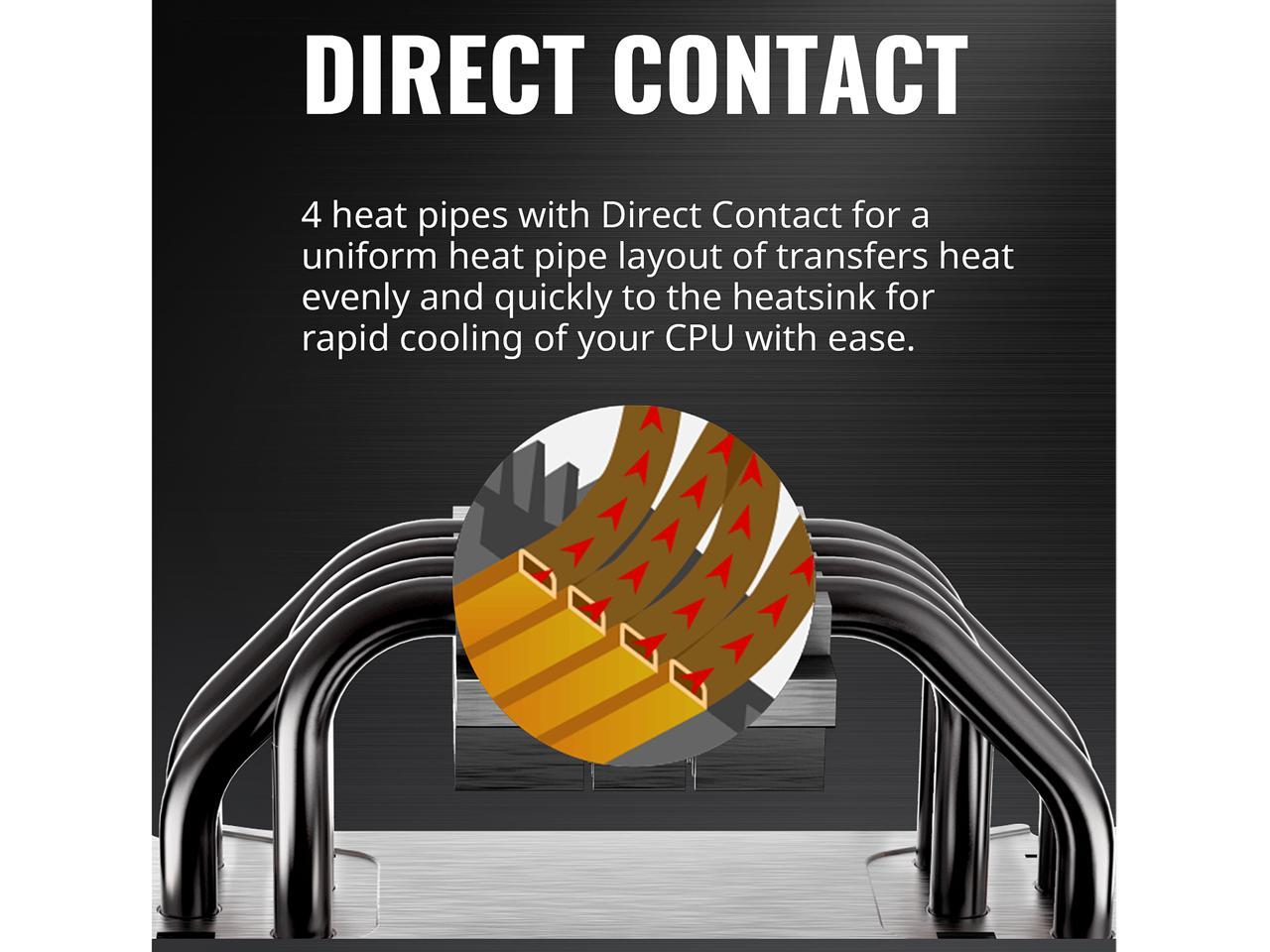 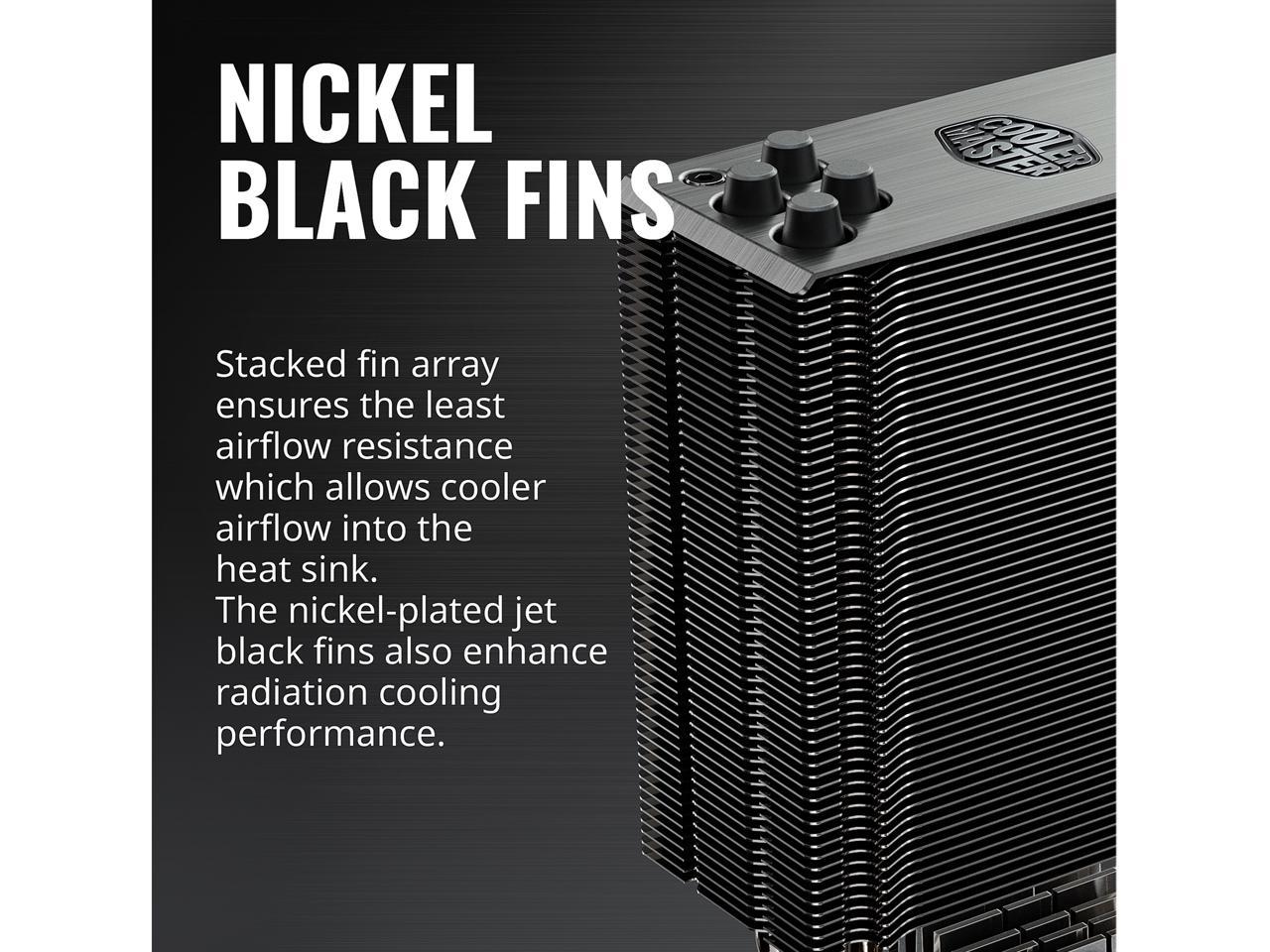 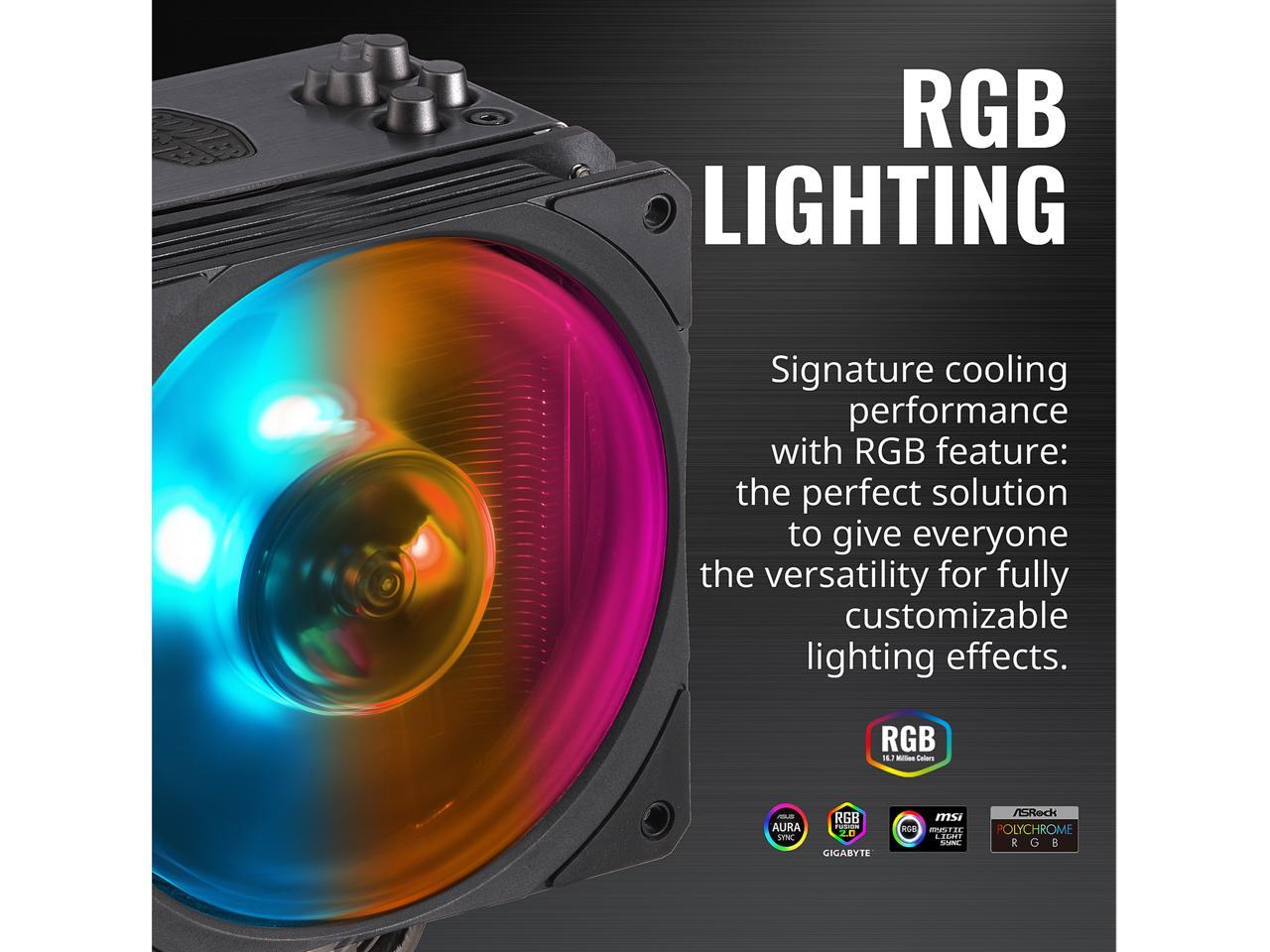 Cooler Master's Hyper 212 RGB Black Edition CPU air cooler keeps your CPU cool and makes your build shine. It adopts a SF120R RGB fan, large-sized heat sink, and direct-contact heat pipes for outstanding heat-dissipation efficiency. The RGB fan is ready to sync with compatible motherboard software and can be customized via the included wired controller as well. Installation is easy on both Intel and AMD motherboards with the universal bracket.

Is certified to sync with Motherboard RGB software or controlled by our controller. The wide speed range can be fine-tuned for maximum cooling performance or silent operation.

A compact size RGB LED controller that allows you to easily customize your RGB devices without the need for either an RGB capable motherboard or software. You can have the colorful rig you’ve always wanted with just the touch of a button.

Pros: Perfect cooler for my Ryzen 5 3600, it was very easy to install, it dropped the temperature of my cpu by 20 degrees, its also very quiet.

Cons: The only issue is that its a bit bulky and it takes the space of one of the ram slots but other than that, I havent had any problems with it so far.

Overall Review: I would highly recommend buying it if you are looking for a cpu cooler, its very well worth the money.

Pros: Overkill cooler for my Ryzen 3600X. Impossible to thermal throttle this one with it

Cons: Large, in a cover a RAM slot way

Overall Review: Even though it's delivering well, I will end up switching it up for something else once I look for an upgrade.

Pros: The install was seamless and very very easy! The fan cooled my resting CPU rate by 6 degrees Overall for the price and quality it is a very nice Heatsink.

Cons: None get what you pay for:)

Overall Review: Overall this was a well instructed and easy to install with great after results for the CPU. Compared to a stock Heatsink this is the way to go.

Cons: Does not leave a lot of room for additional ram

Overall Review: I'm loving it so far, the only thing is I cannot fit any additional ram cards because the fan is covering one of my slots

Pros: These are some of the best low noise coolers i have used in over 30 years. Mounted on a Z390 motherboard with a i9-9900KS running at a stock 5.03 GHz across all 8 Cores and 16 Threads, this cooler has kept the system at 39 to 54 degrees Fahrenheit (NOT Celsius) and it is so quite that i often had to look at the side of the case to see if the lights on the cooler were on, that's how quite it is, and with the right thermal compound this keeps this 128GB of RAM, 156GB SSD/HDD storage with a nice RX GPU running so nice and cool. Now as for 12th Gen LGA1700 systems, i am going to be testing a i9-12900KS soon and as these 12th Gen Alder Lake chips are notorious for running hot as is but i am up to the task to see if a air cooler can keep the 12th Gen CPU's cool as I really don't want to do liquid cooling. There is a physical RGB switch included so if your motherboard doesn't support RGB you should still be all set This cooler has standoffs for both AM3 & AM4 as well as almost every possible Intel socket in the past 15 years, LGA 2011, LGA 2011v3, LGA1155, LGA1156, LGA1366, LGA2066, LGA1151 and just about every other, just remember you need to make sure you get the correct version to fit a LGA1700

Cons: Make sure that you get a Hyper 212 EVE V2 that has been produced within the last month, after April 2022 if you to want to try this cooler on a LGA 1700 socket as the brackets on units produced prior to April 2022 as the brackets that come with those coolers don't clear the capacitors on the left and the heat-sink mounting hole on the bracket on the right sits right over a capacitor so pick your cooler carefully.

Overall Review: In conclusion this is a low cost, high performance, multi functional cooler that keeps most CPUs cool and runs so quite its really nice to not have a droning box sitting next to you and this cooler does it all for under $100 so its well worth the purchase.