Feel 100% satisfied with your purchase -- with no restocking fees & no return shipping costs* within 30 days of delivery. Learn More
Price Alert
Add To ListFound on 43 wish lists
Receive a $60 prepaid card by mail from Cooler Master! Offer expires on 1/31/22. Limit 1 per household Print Rebate Form 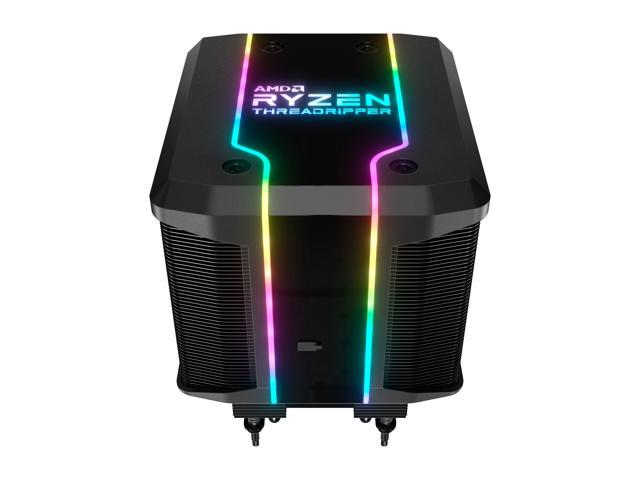 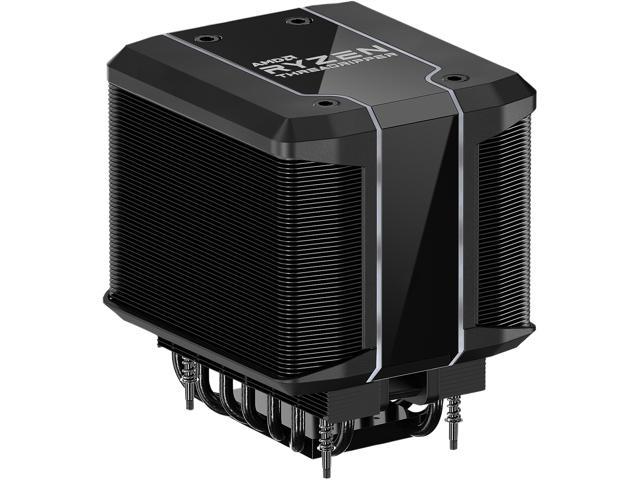 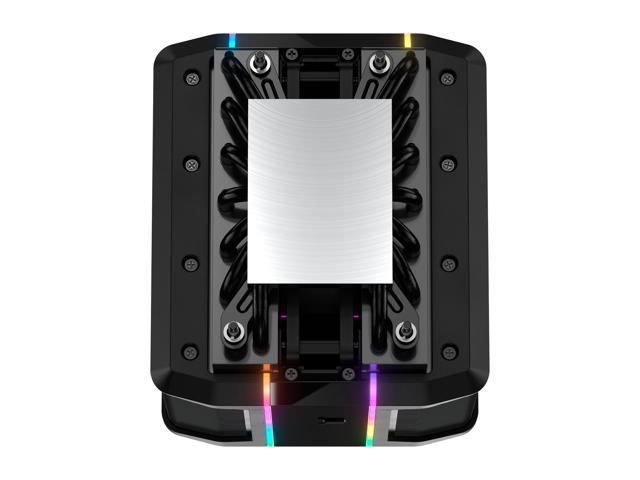 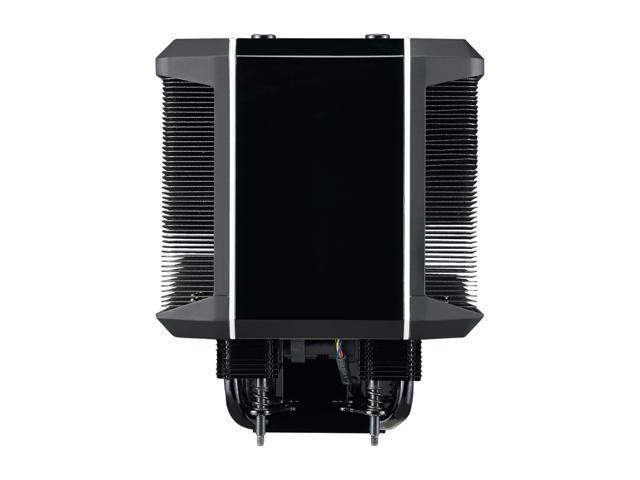 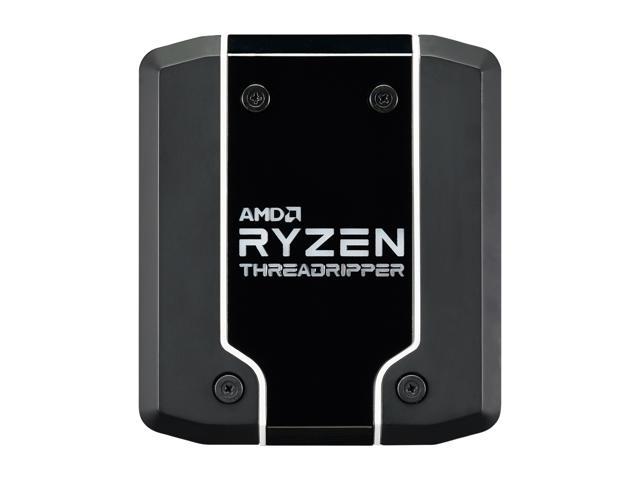 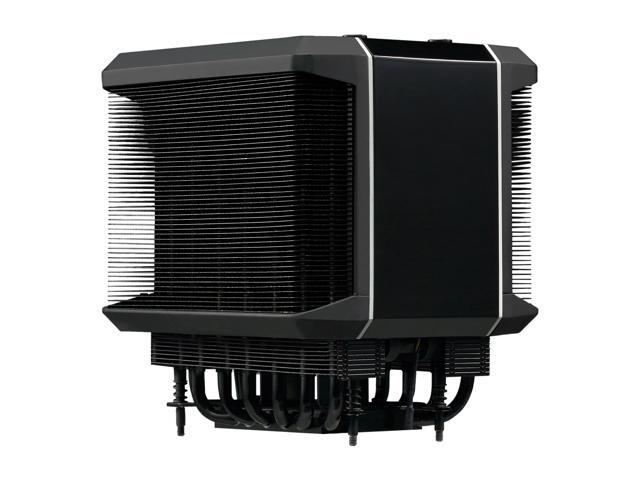 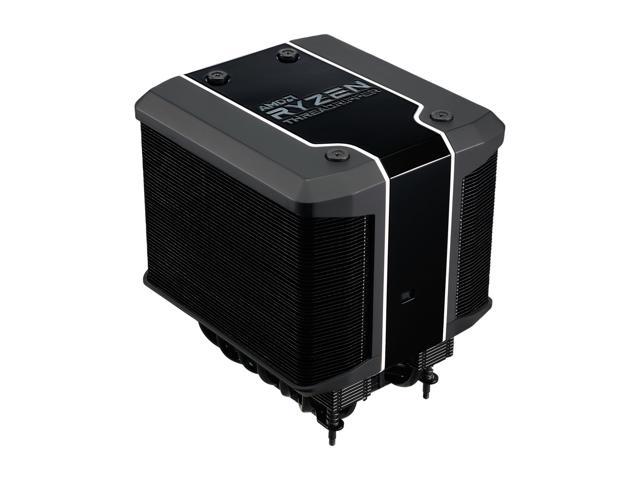 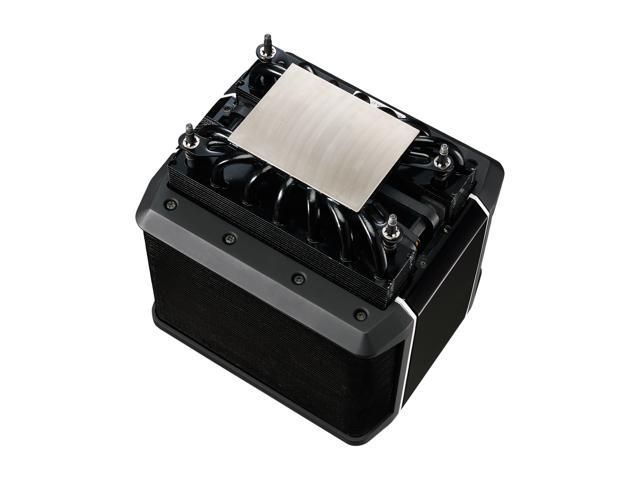 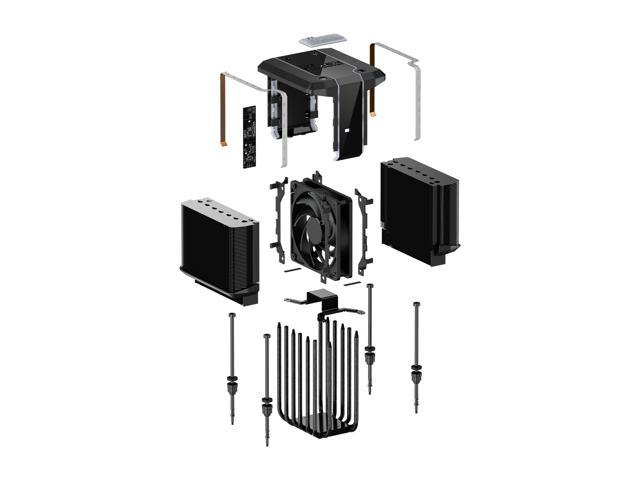 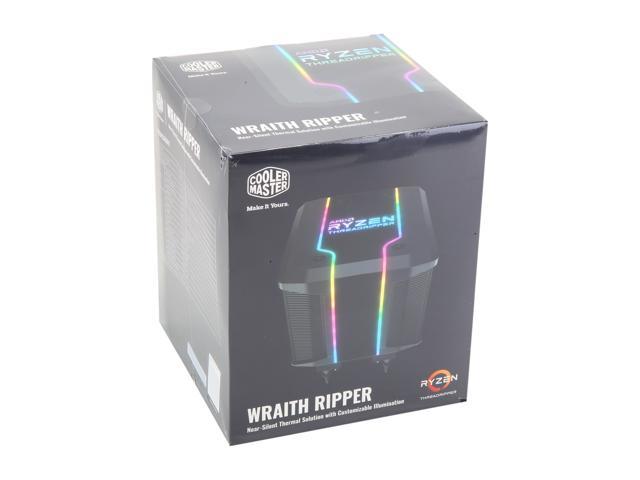 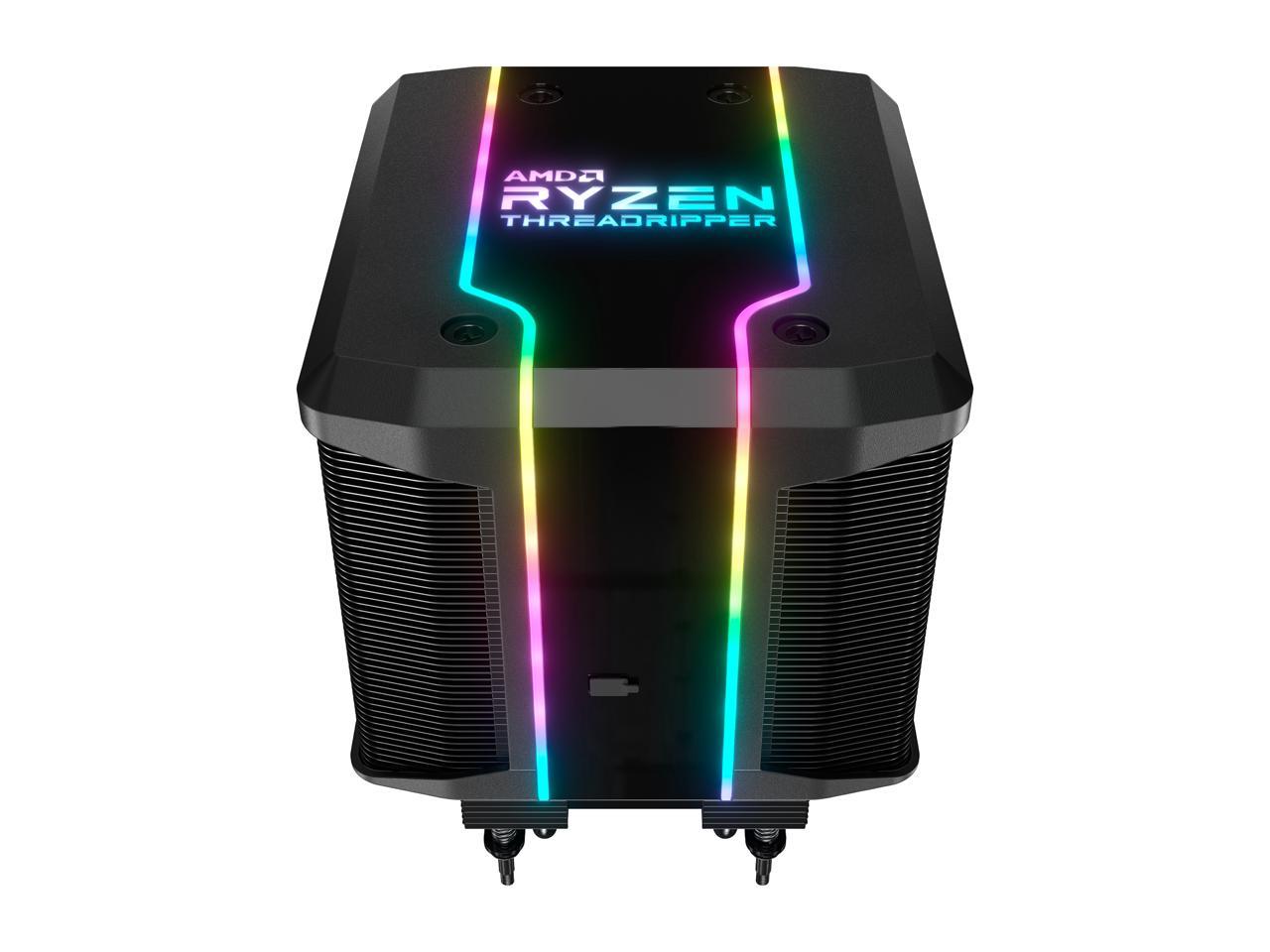 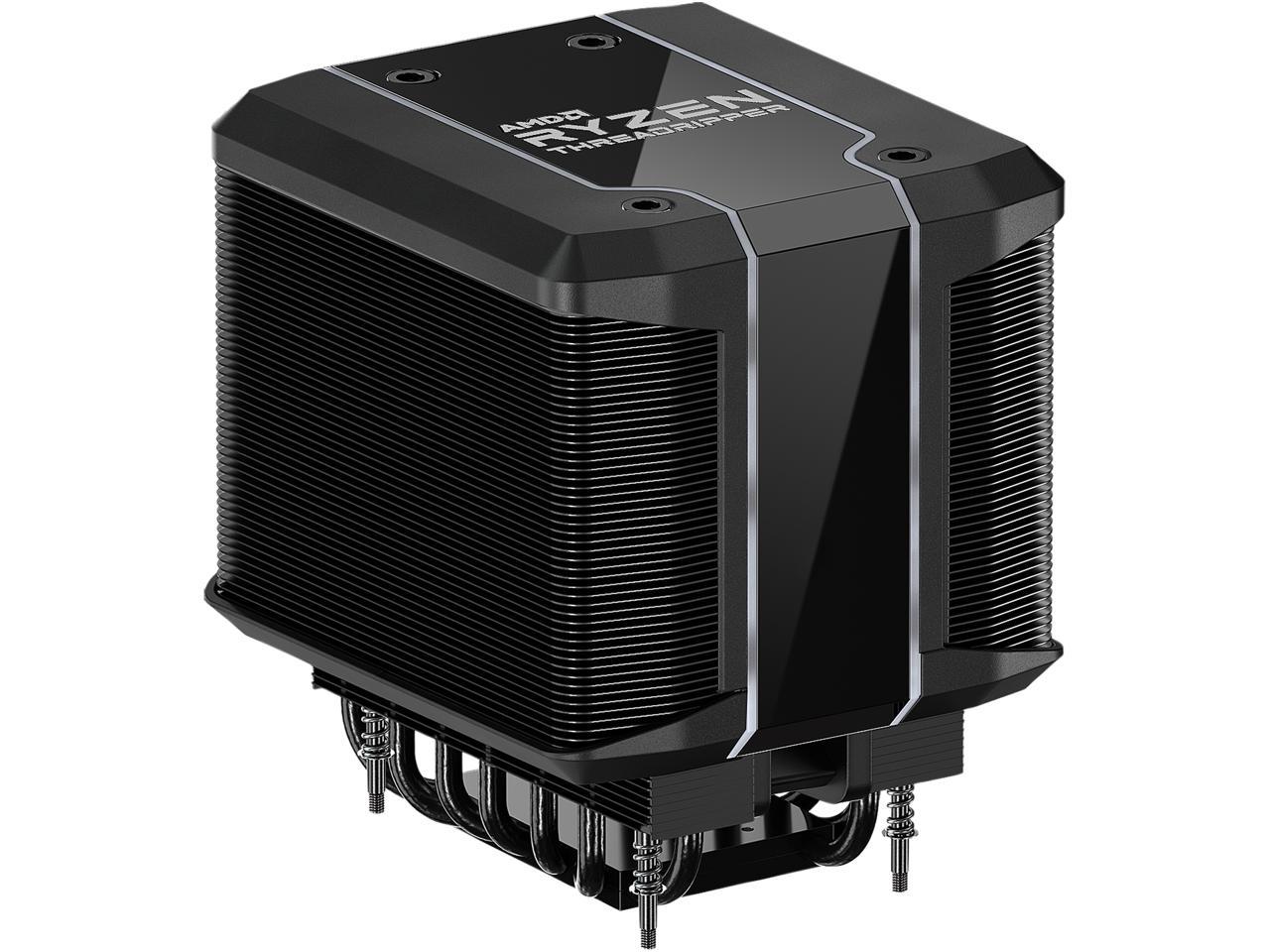 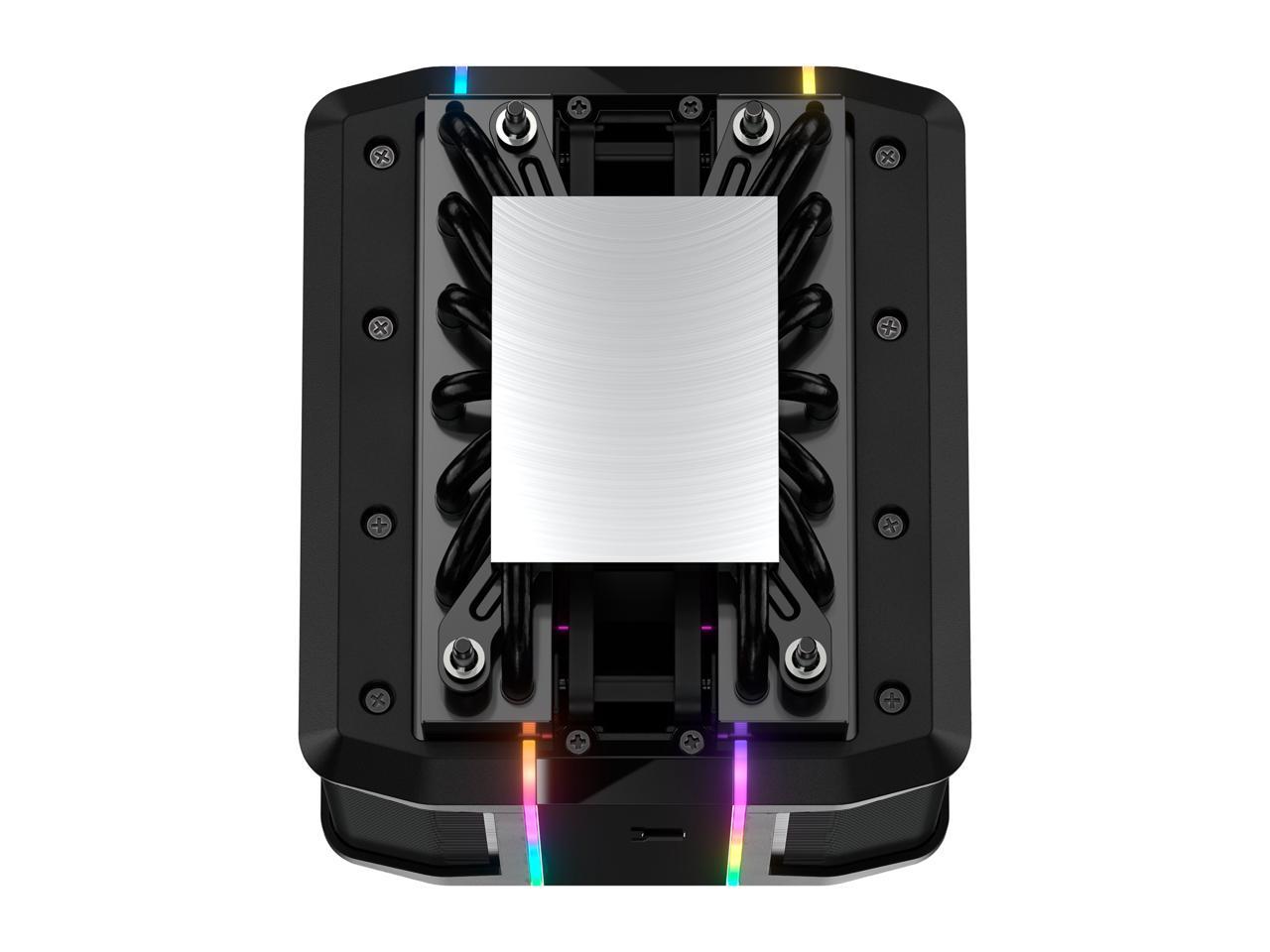 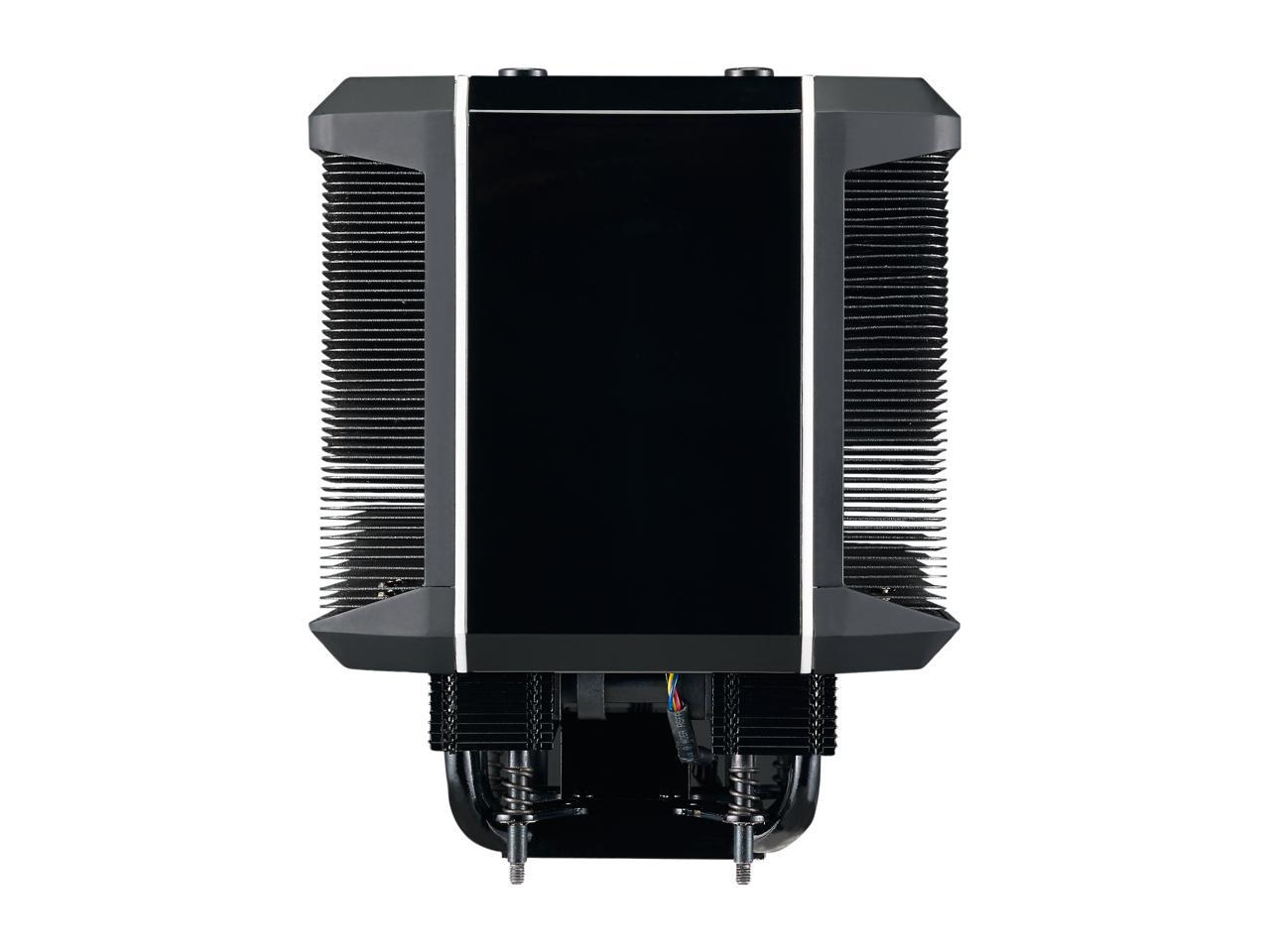 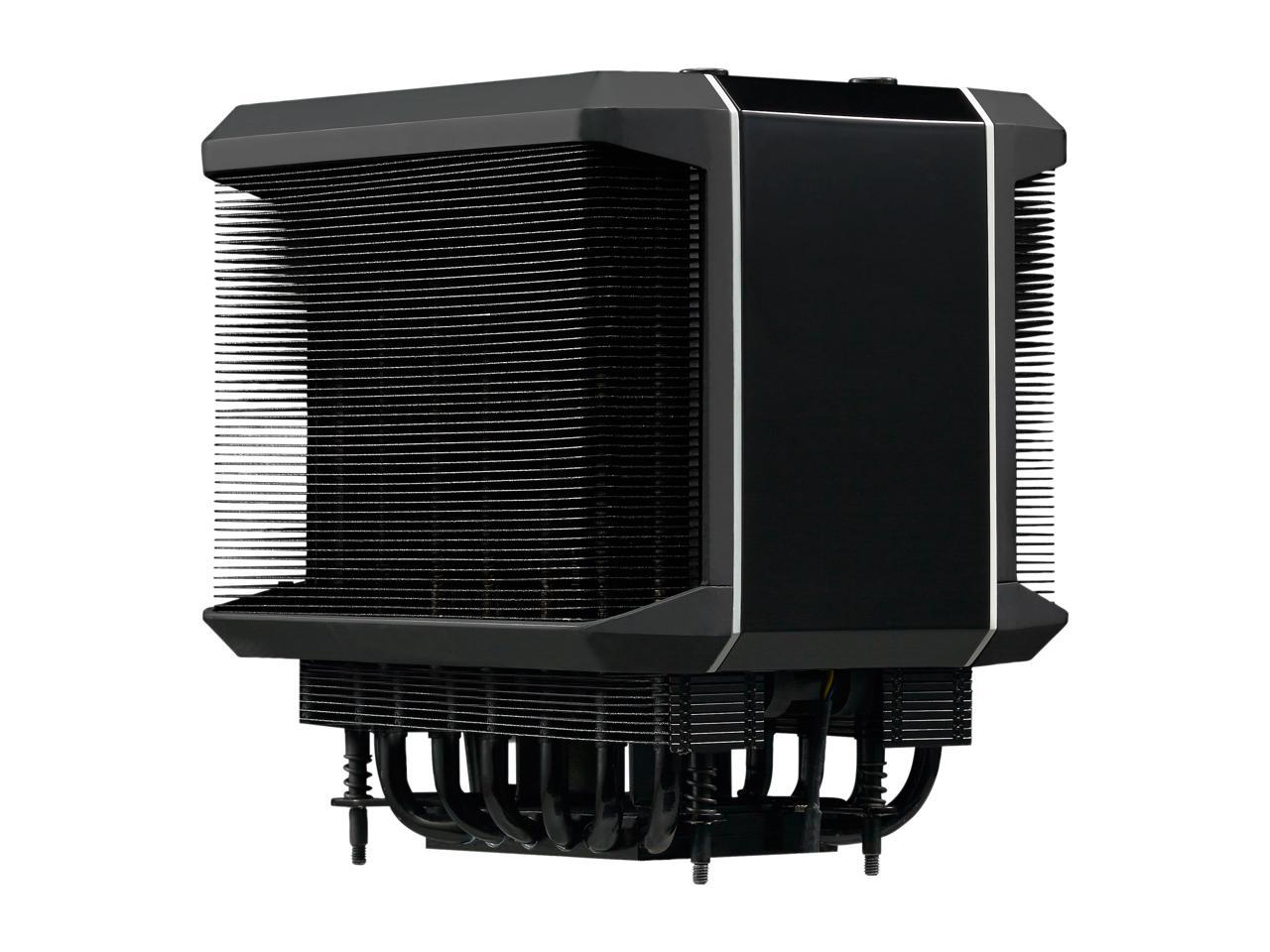 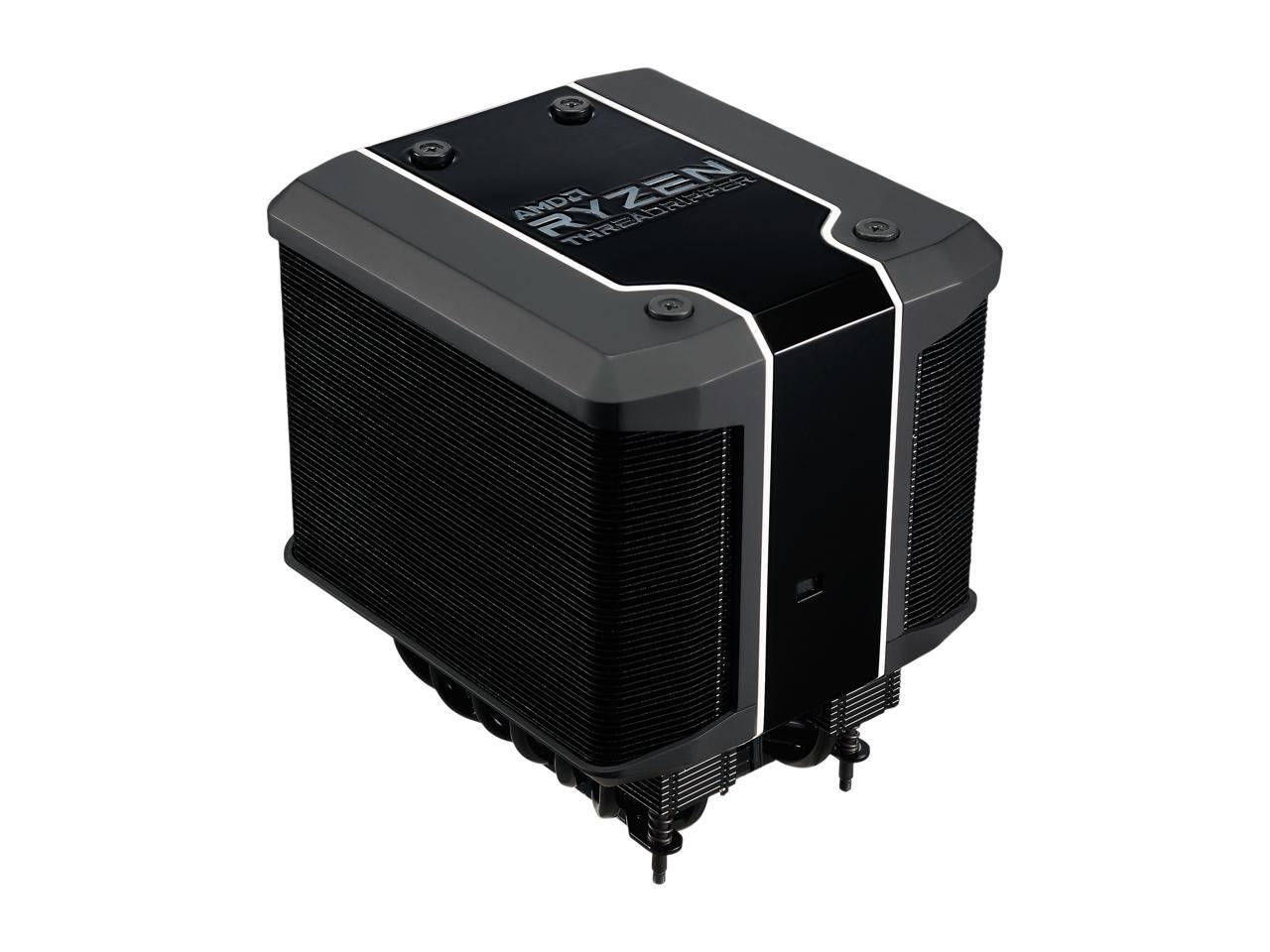 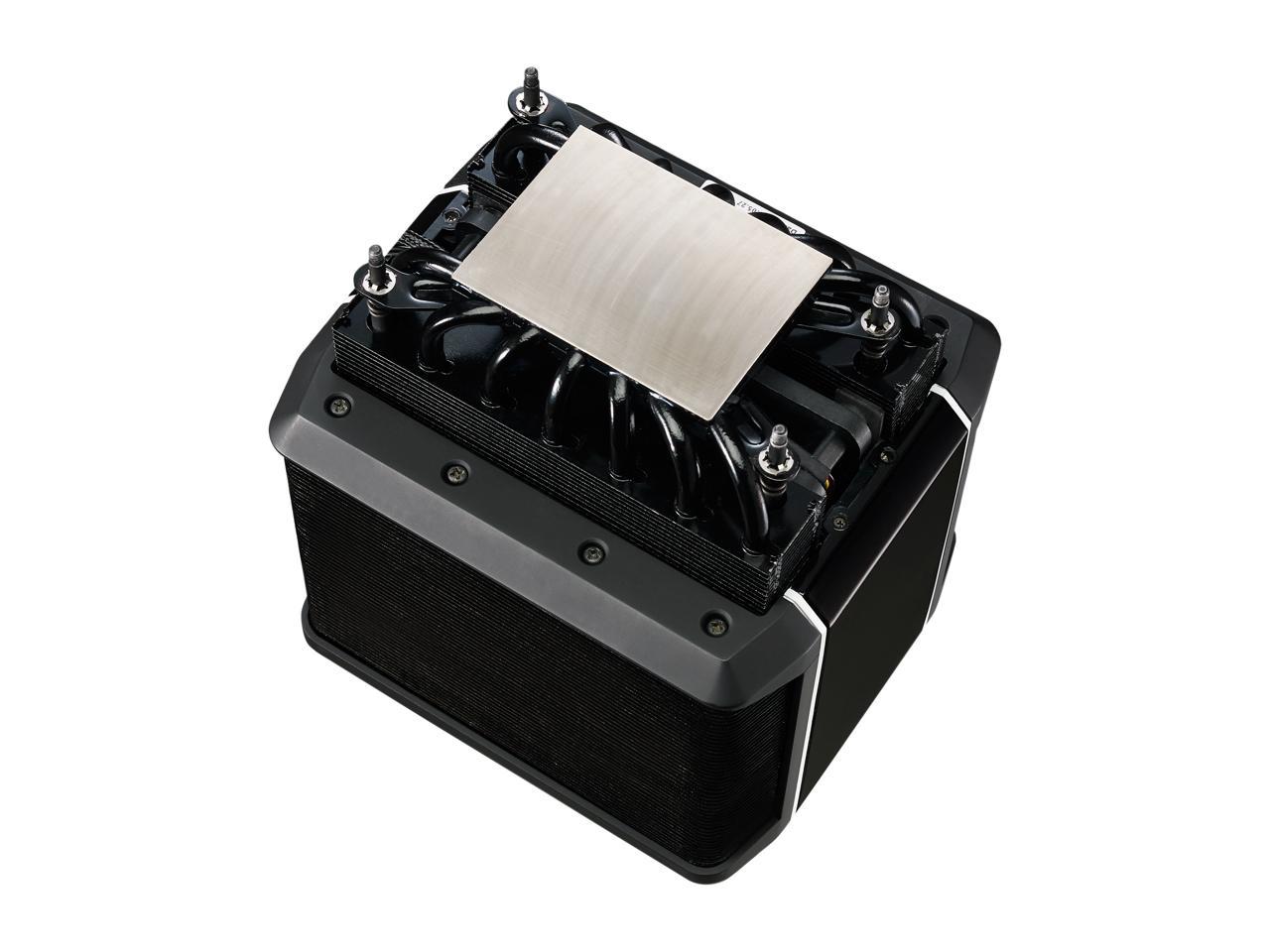 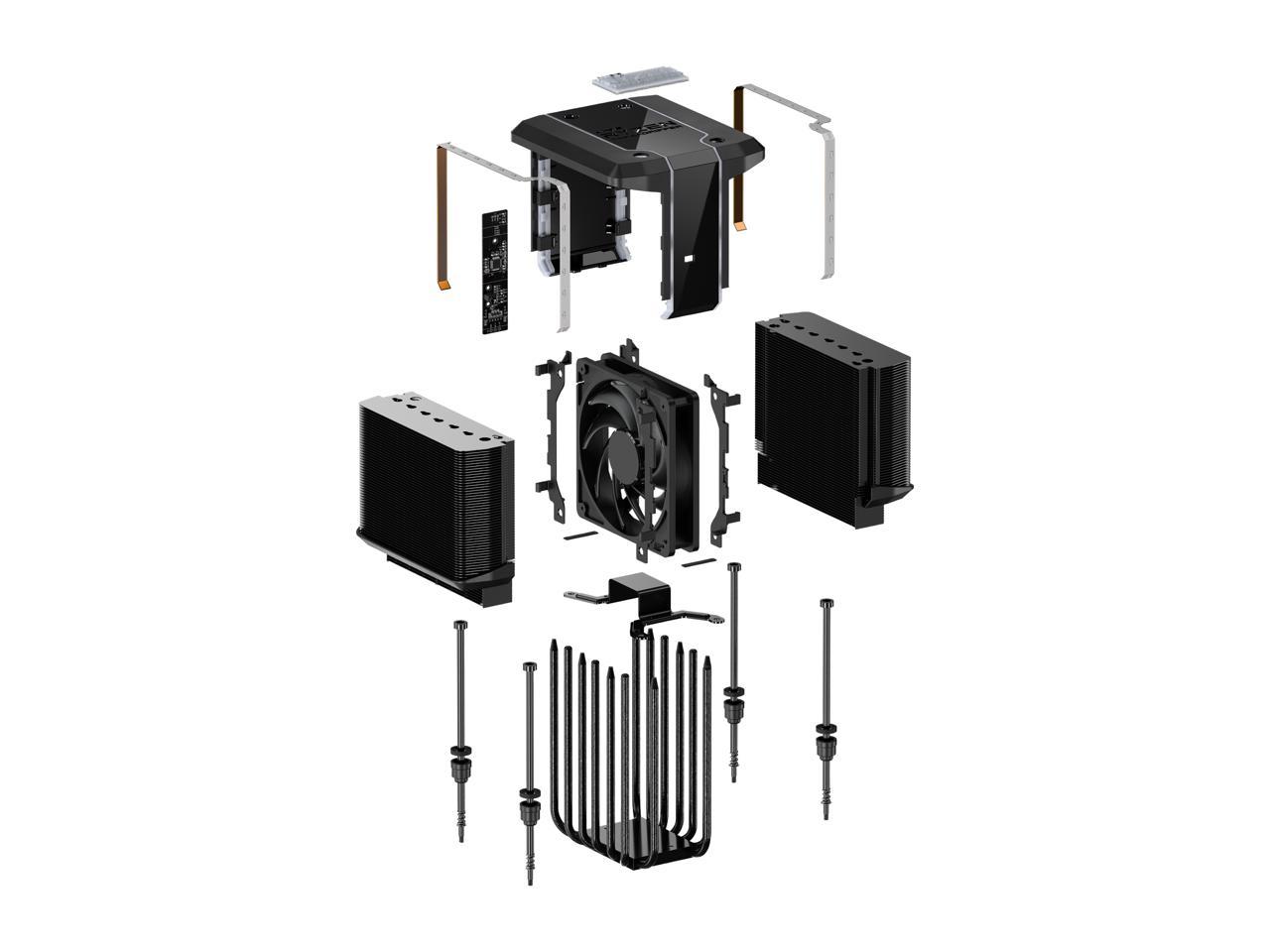 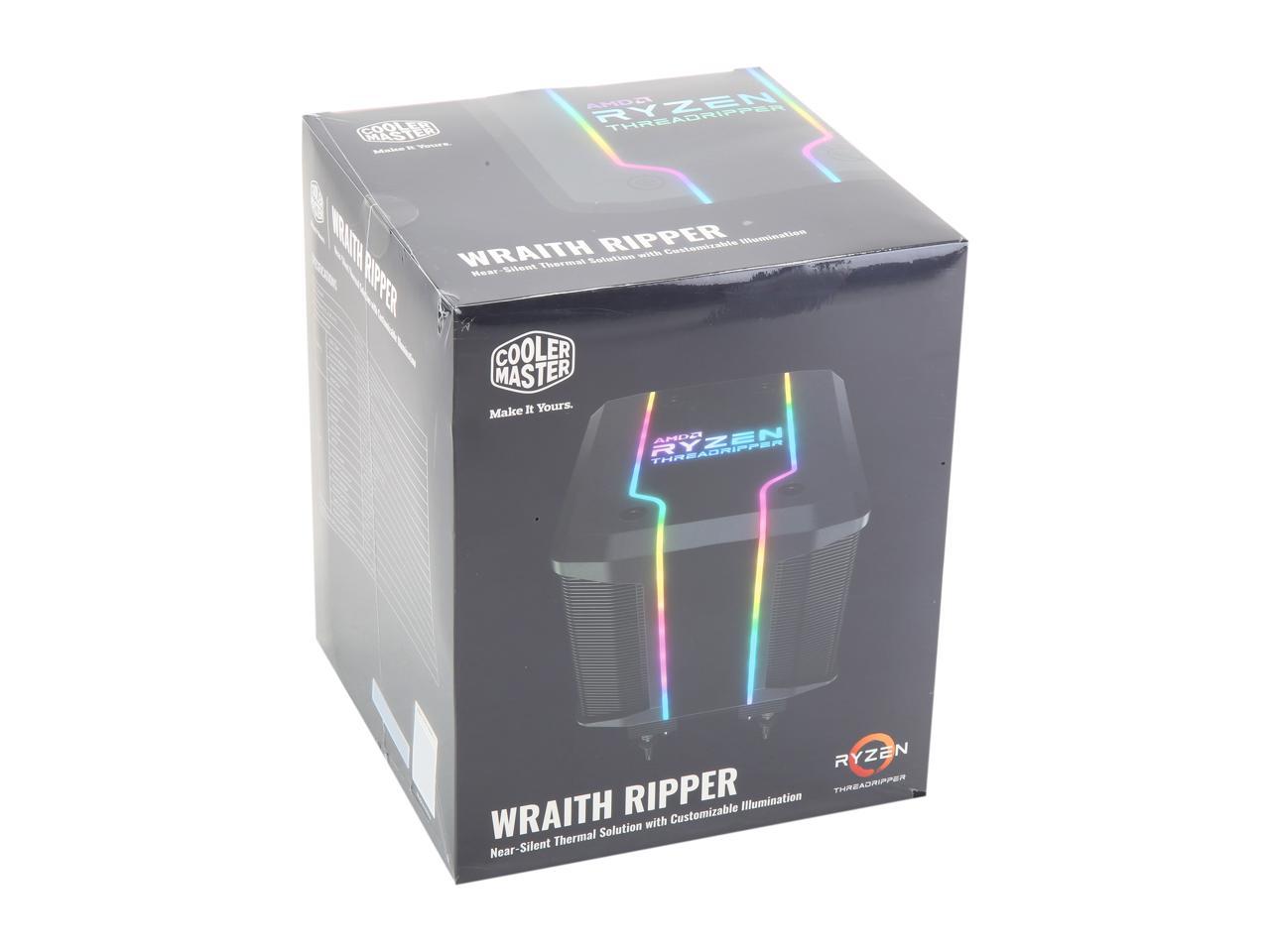 Special air-guide armor is designed to guide the flow of air for peak cooling performance and reduce dead heat spots on the cooler. The armor is also illuminated by addressable RGB LED that allows full color customization. AMD Ryzen Threadripper has up to 32 cores within the package. To ensure heat is transferred and removed quickly and evenly, Wraith Ripper is custom fitted to provide full coverage. Enhanced thermal conductivity and the symmetric layout uniformly distribute heat over the heatsink. Exclusive all-in-one Threadripper mounting design for easy installation. Just screw in from the top, no additional bracket or backplate needed. Cooler Master programs and provides the official AMD RGB software that allows you to take full control of your rig’s lighting and take it to the next level.

Pros: This cooler is big, it's proud, and it's incredible. A 20C temp drop compared to the CLC280 that failed on me. I love it.

Cons: - Hard to install - RGB can't be disabled without buying an extra cable, leaving a big pile of rainbows I didn't want in my machine.

Cons: Defect product on arrival, when the fan hit 3200rpm there's a lot of vibration and it create a buzzing sounds. Since the fan is always around 2600rpm at low temp and it jump at 3600rpm as soon as i open any application ..its simply terrible.. i had to set the minimum fan speed at 3400rpm by default to get rid of it for now.....I will dismantle it eventually and fix it myself. (Might just be a loose berring on the fan)

Overall Review: The usb cable for RGB is placed at the bottom of the heatsink which only gives bout 5mm of space available in between the heatsink and the top video card.. so many engineers and designers from 2companies for such a meh.

Cons: Turned out much larger than anticipated/measured/led to believe due to its size im only able to use 2 (32gb) of my 8 (128gb) sticks of ram, going to have to research for and re-buy a new cooler to optimize using all 8 cards

Overall Review: If proceeding the route I had, I would not have bought this particular product. However, if purchasing a similar motherboard I had, and wanting/needing no more than 2 sticks of ram then this is a great product of choice.

Pros: -Looks nice -Relatively easy to install -Does a decent cooling job, but not great.

Cons: -Large, this should be anticipated, but may be an issue for some cases/motherboards. It was fine for me -Fan is oriented incorrectly as others have mentioned -Still won't keep a 1950X running at 100% from thermal throttling -Loud, after coming from CLC CPU coolers for so long, this thing's fan is NOT quiet.

Overall Review: I got this to replaced an EVGA CLC 280 that wasn't doing the job due to not covering the IHS properly. This is designed to cover the IHS, but still flawed. The fan should be oriented the other way as that's what pretty much all case setups are design for for airflow. If CM would be kind as to provide instructions on removing the cover/shroud so I can reorient it, that would be appreciated. Running my 1950x at 100% in Keyshot rendering, my CPU will still hit 67-78C and throttle a bit. Not too much, but for a cooling design in partnership with AMD and Cooler Master for the 2990WX, this should do MUCH better. Running the CPU at 100% for HOURS should be part of the design and testing process and the goal should be to keep it at 55-60C. If my 1950X is throttling a but with this, I can only imagine a 2990WX will be throttling a lot. Unfortunately, cooling options for Threadripper currently aren't very good. All the AIO coolers have issues. Enermax have massive QC issues with the pumps and fans (and fluid before that). Corsair's new cooler uses plastic mounting brackets which is beyond stupid. The will flex and not maintain proper tension over time. That pretty much just leaves Noctua NH-U14S TR4-SP3 and the Wraith Ripper, unless you're in the UK they have 2-3 more options for air coolers. I'll be sticking with this for now, but as soon as someone makes a high quality CLC AIO cooler specifically for TR4, I'm going to that. *Update 12/26/2018* -I ended up disassembling the cooler to flip the fan around (so it was taking air in from the front of the case and exhausting out the back, like it should be), reapplied thermal paste and I also zip-tie rigged up an additional 120mm Deepcool RGB PWM fan to the front of the Wrath Ripper as well as 2x more Deepcool fans to the top of the case for additional exhuast. After doing all that, this cooler works *much* better. At 100% load, my 1950x maxed out at 56C after an hour of 100% load. Before, within 15 minutes or so, it would hit 68C and throttle. I believe most of this was due to the fan orientation and possible new thermal paste application. The second fan probably helped as well. I don't understand why a product co-developed with AMD and Coolmaster was so poorly design out of the box. Having the fan oriented to how 99% of build cases will be configuration should have been a given in the design process. Also, including a 2nd fan as far as I'm concerned at this price should've been a given as well, or at least having a way to easily install one/including a bracket for it. This cooler looks very nice, but you have to plan on either flipping your case fans to accommodate it, or disassemble it to flip the fan around and possibly add a second one. If you don't care about the looks, get a Noctua NH-U14S TR4-SP3. Out of the box it will be correct, and it is easy to add a second fan.

Pros: It does keep my threadripper cool and it's quiet. The rgb is flashy and cool looking

Cons: It's too big and sits really low. It covers 6 of my 8 ram slots which is the downside. If not for that one flaw, I'd continue using it...

Cons: - Vibrates and makes a pretty good deal of noise. Sounds like a fan blade is not balanced. - With my motherboard, (Gigabyte Aorus Xtreme) the top pcie slot is not usable because the cooler blocks access.

Overall Review: - There are better air coolers on the market, but they don't look near so good. - I would not recommend this cooler to anyone.

Pros: If you have a threadripper, you like RGB, and you like DEFECTIVE coolers, this is the cooler for you.

Cons: My Wraith Ripper had its fan installed the WRONG WAY from the factory! I installed my threadripper 2990WX, fired up prime95 and noticed immediate, heavy throttling. Opened up my case, and noticed that the cooler was pulling cold air in from its left side (with the writing upright) and blowing it out its right side. (Blowing from the R side to the N side in "RYZEN".) I used a tissue to verify this. This is opposite to how 99% of cases are wired, generally taking in cold air from the front / right and blowing it out the back / left. Opened support case with Cooler Master, after several days, no response. After being ignored, my choices were either 1) run my cooler with the writing upside down, or 2) take the thing apart (voiding my warranty) and flipping the fan. I went for 2. Luckily I was able to successfully do this without breaking the delicate plastic shroud. It took about an hour, all in. Everything is fine now, no throttling under prime95. But, I should not have had to do this for such a pricey cooler! I will never buy Cooler Master again.

Overall Review: Cooler Master - This is no joke... Do not ignore this. You have a serious QA issue with your Wraith Rippers. YOU ARE INSTALLING FANS BACKWARDS. I will never buy from you again, but you need to do a RECALL as you may be mass throttling threadrippers across the world. Other purchasers - I am warning you, if you already own this please check your fans with a tissue if you are experiencing throttling. These things are coming from the factory defective!

Manufacturer Response:
Hello James, I'll have an agent look into your ticket and will bring your concerns up to the thermal team. From what I see in the system, you placed your ticket after hours on Thursday before Veterans day weekend; this means it has only been 2 business days since that ticket was placed. Our agents are currently catching up on tickets from this weekend. I'll make sure that your ticket is tended to. CM-PNguyen
Anonymous
Ownership: 1 week to 1 month
Verified Owner
LARGE10/31/2021 5:23:28 PM

Overall Review: If you are good with only 2 sticks of ram and not using your first PCIE slot, this is the cooler for you. If you are not in those two simultaneous categories, do not buy this.