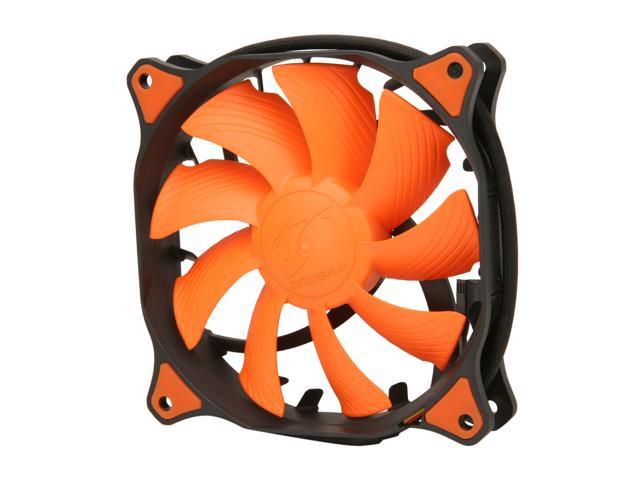 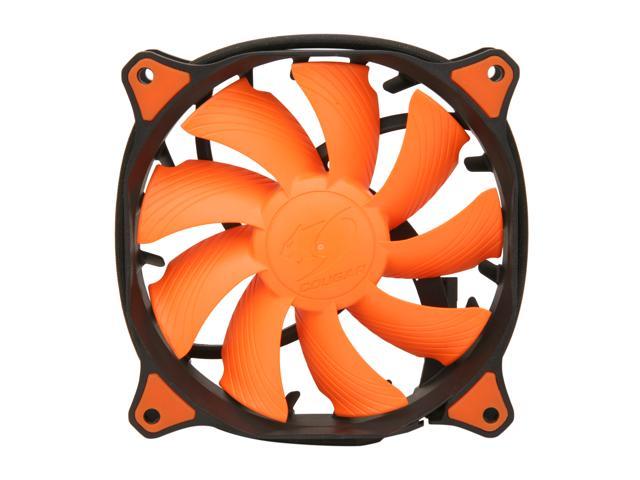 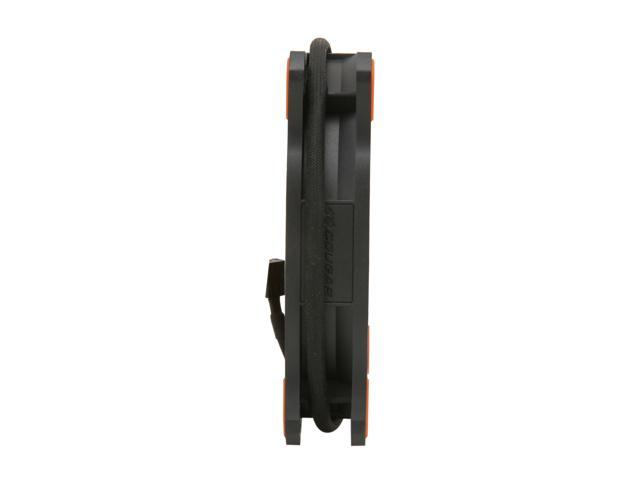 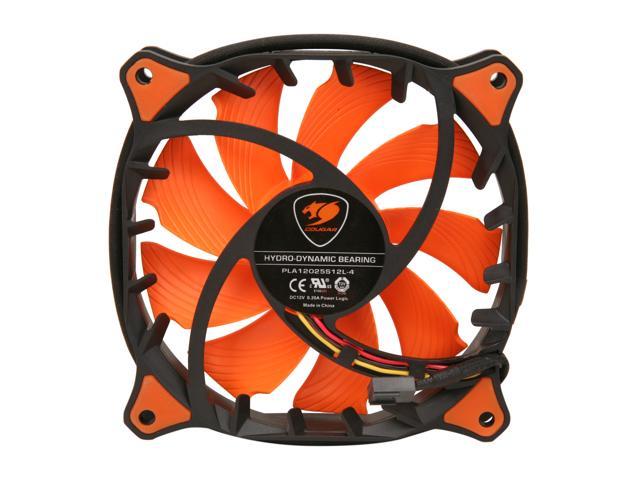 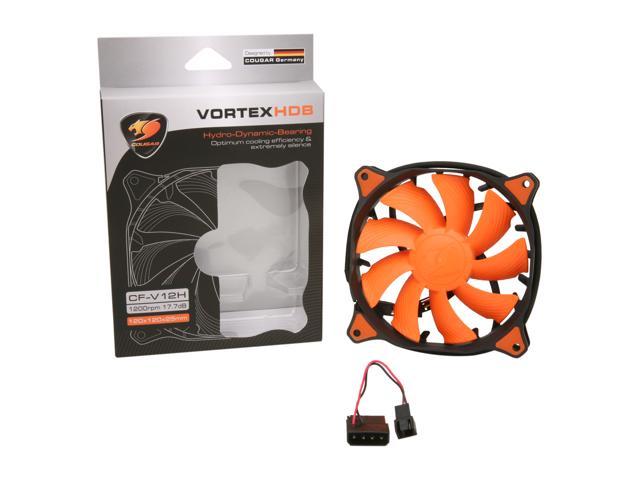 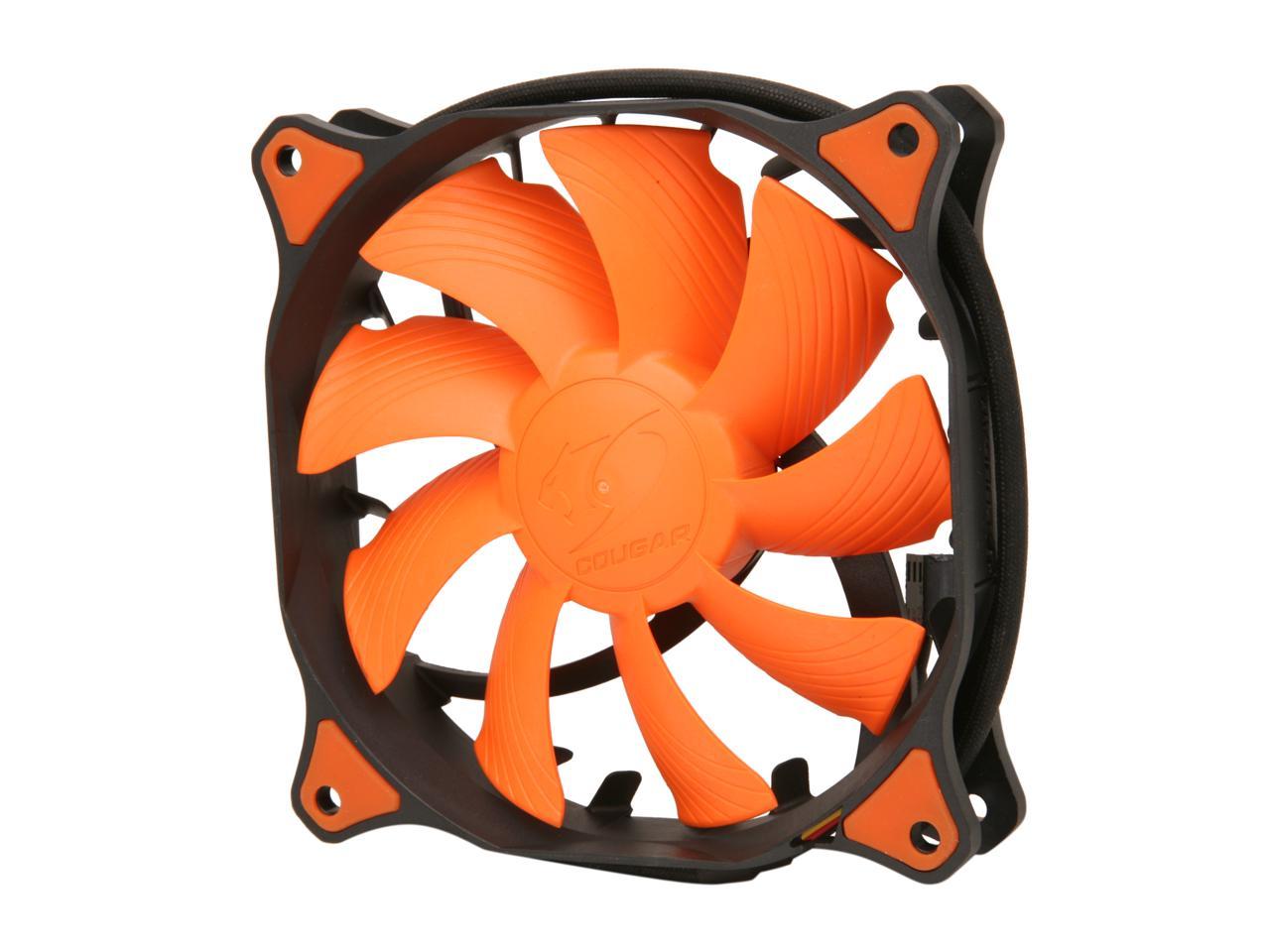 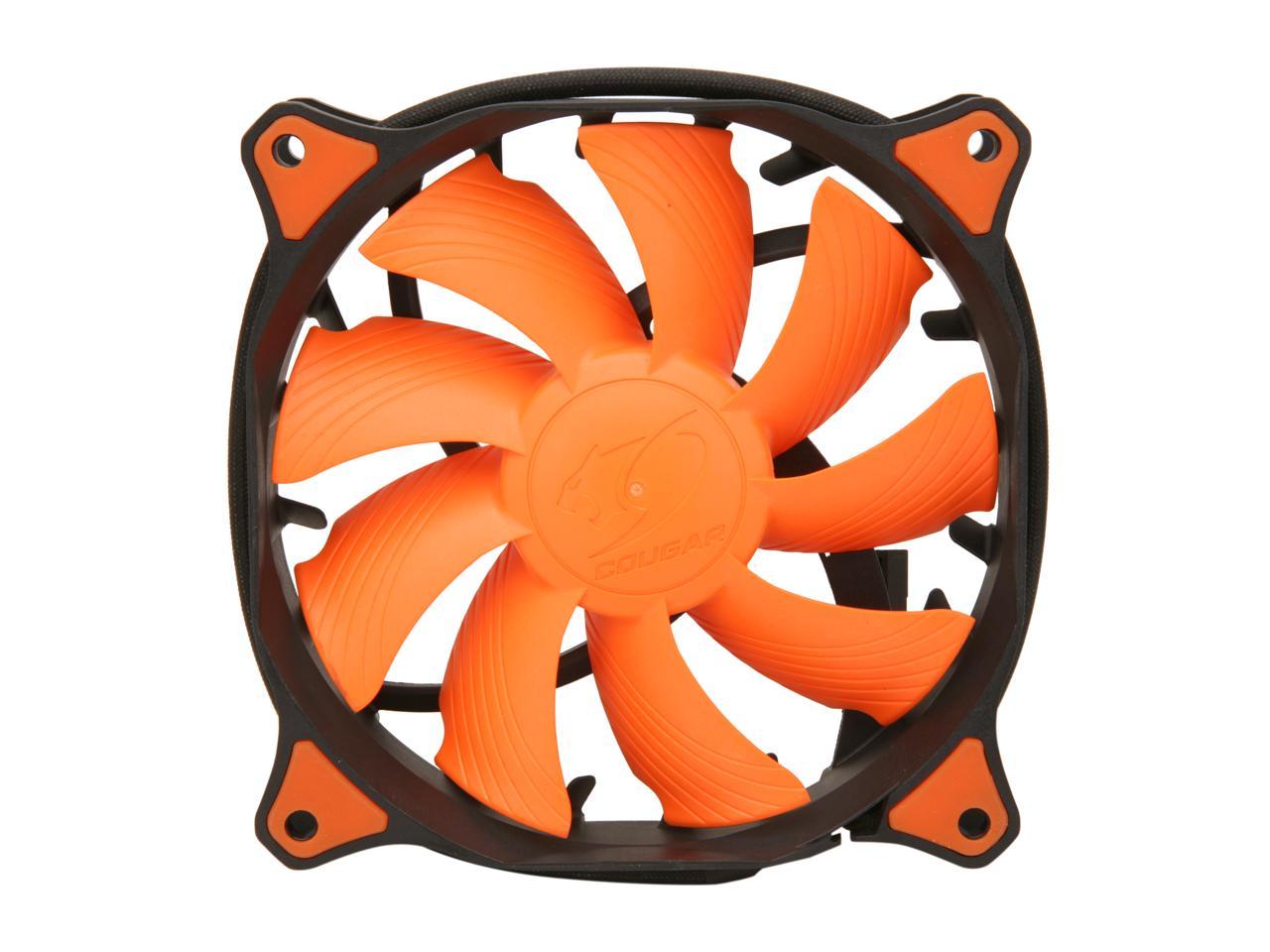 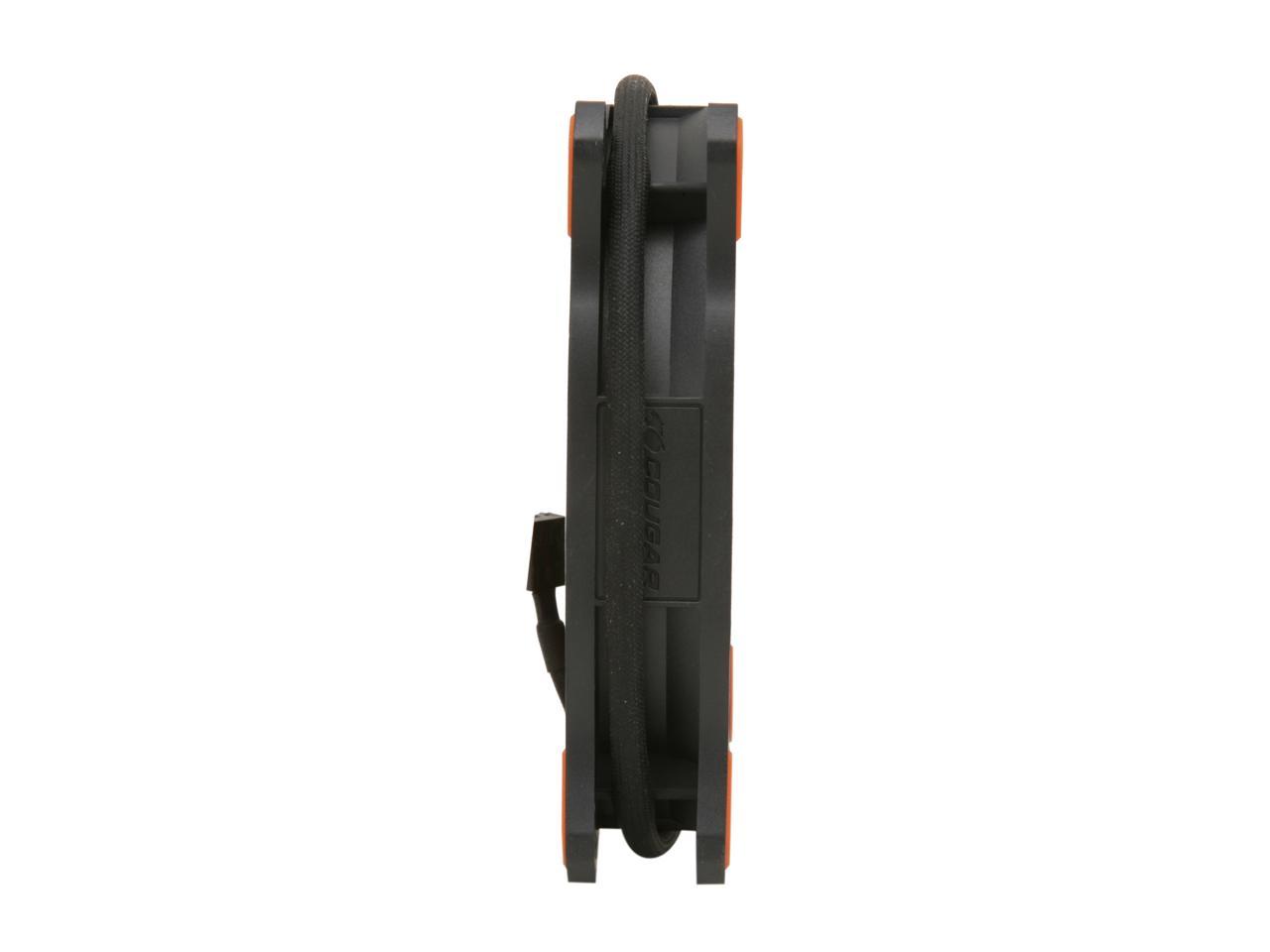 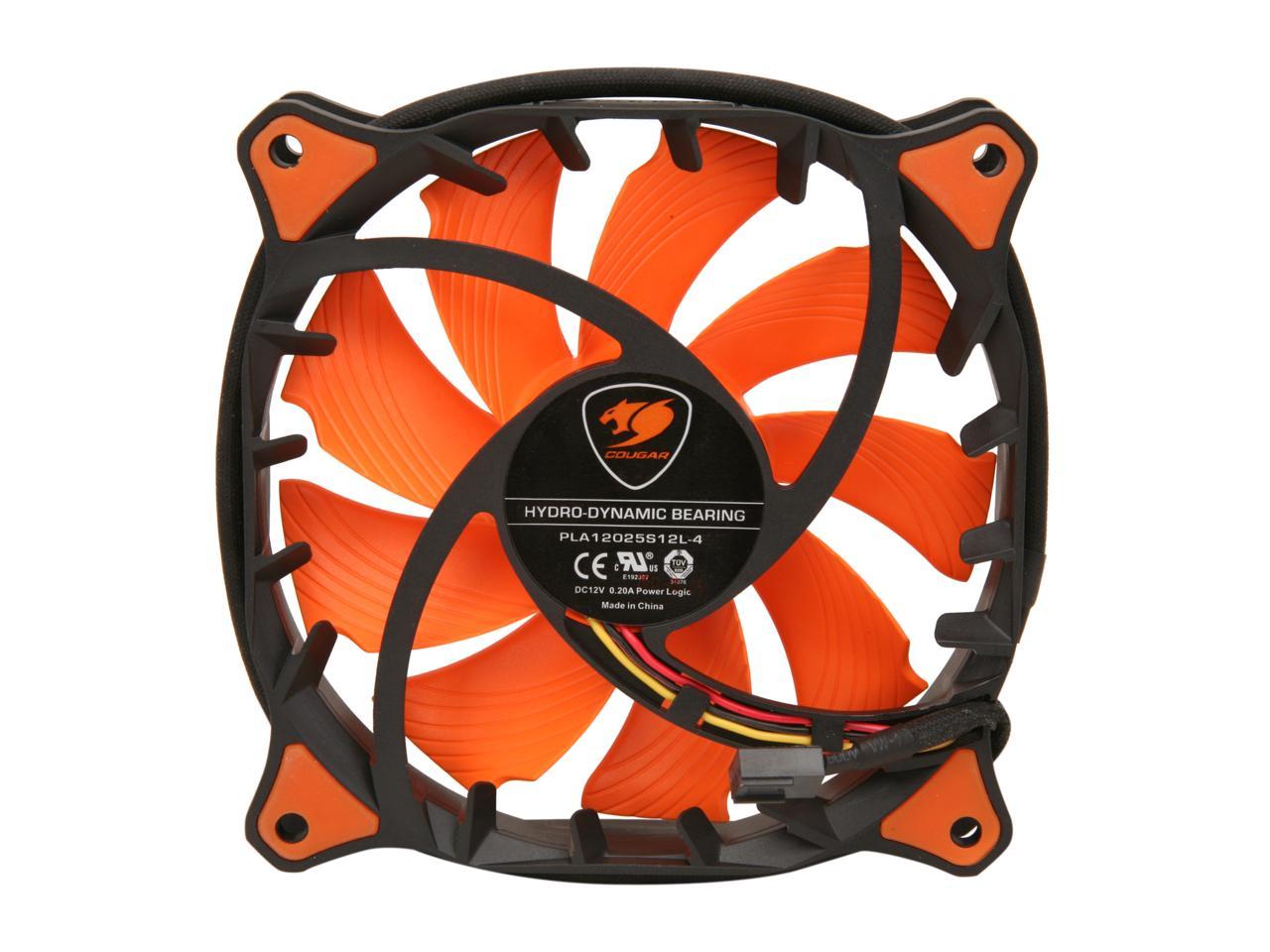 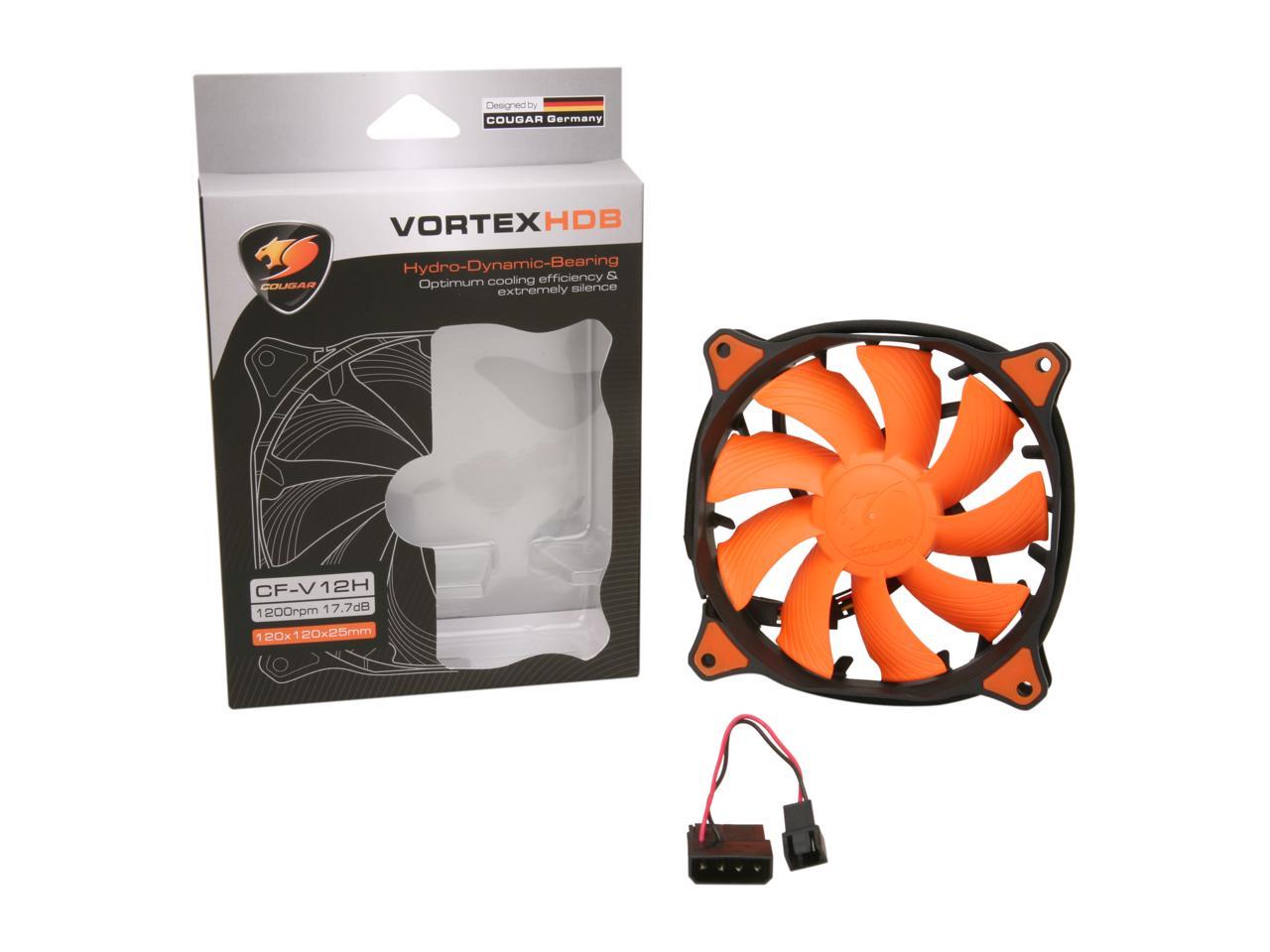 Learn more about the COUGAR CF-V12H

Pros: Moves the air out of my micro case, and does it very very quietly. Great color scheme that matches my whole set up.

Cons: Have not found any cons with this case fan yet.

Overall Review: I am using this fan in my micro ATX case with my i5 system, and I gotta tell ya, it works nice. It is very quiet, and the air is flowing out of the back of the little case in a easy strong flow. For those who say it is noisy, I don't know what to tell you, maybe there is a wire touching a blade?

1 out of 1 people found this review helpful. Did you?
Patrick S.
Ownership: 1 month to 1 year

Pros: Rubber hardware, Rubber surface where it makes contact with the case, quiet, reliable, sleeved wires. I really like these fans, wire length

Overall Review: Its just a fan and its quality stuff. I bought two about a year ago and they did well so I bought three more

Did you find this review helpful?
Becky G.
Ownership: 1 day to 1 week

Overall Review: Does a good job all around and I can't see my fans so I could care less about the color.

Overall Review: have to jerry rig it over your old cooler

Pros: I snagged three of these. These are the most quiet fans that I have seen, that move a fair deal of air. From one meter, they are not audible at all to me, and in a very quiet room. The rotational resistance for the fan is very low - More power goes to moving air instead of wasted just turning the fan Vibration pads, comes with rubber compression fit pins so you don't have to use metallic screws to attach them to your case - less vibration. Comes with molex power adapter. There are some neat fins on the back of the fan, the fan blades are notched to allow them to fit. Power cable is sleeved, you don't get to see much of that in the newegg photos.

Cons: They are bright orange. That's great if you want a flashy case. I would love the same fan, but completely black in color.

Overall Review: Overall, I really like these fans, for how much air they move they're pretty darn quiet. Mind you I would NOT define them as silent as they push some serious air with turbulence (which is what you want) but I see them as a price to performance to quietness ratio - they cannot be beat.

Pros: Quiet and powerful. Look great and a good price. The notches and fins on them aren't just for show. They really do as advertised, which is run quiet, reduce turbulence and focus output.

Cons: The tool-less rubber pins, like many have said are not tool-less. You will need needle-nose pliers to install them. And, a little oil helps too. I had to use the "supplied" screws on the front fan because it was impossible to get the needle-nose pliers in the small space up front. However I still cant hear the fans when the computer is not under large processing loads. I can hear my power supply fan though.

Overall Review: They really do focus the output as COUGAR advertises. The air output from them has almost no turbulence like on other fans. When you put your hand in front of them you don't feel the chop, so you think their output is low. In fact, I tested the strength of two of the fans "one front, one back" by sticking sheets of paper to the front of my case. I was able to get three full sheets stuck at the same time by turning them sideways. I bet I could get more if I cut holes in the first sheets.... anyhoo, it's a fun game. They were so much quieter than what I was used to, I had to look into brown-noise mp3's so I could sleep the first few weeks. I could hear my refrigerator running and my neighbor's TV. To anybody that says these are loud, I bet the sound of your own breathing must drive you mad.

Pros: Very quiet (most of the time) and moves a lot of air. Cool color.

Cons: This fan rattles when placed in the horizontal position. I purchased two of these fans...one for the back of my Antec case, and one for the top. The top fan rattles intermittently. I switched fans just to make sure it wasn't a faulty one. Still rattles. Don't buy this fan if you are going to place it horizontally.

Overall Review: I saw a couple of reviews stating this. Guess I should have listened. Manufacturer should mention this fact when selling these fans.