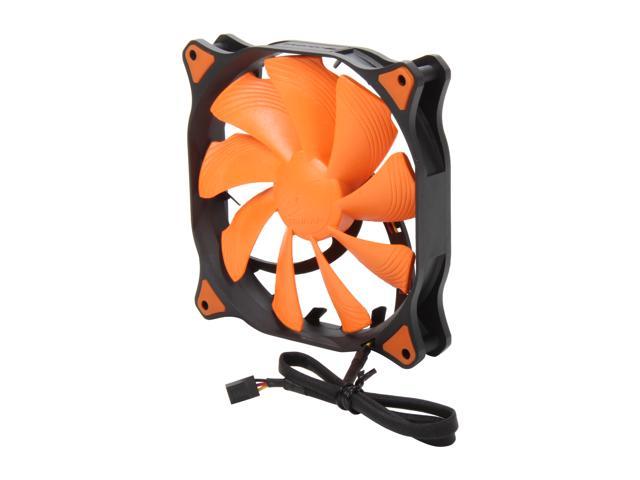 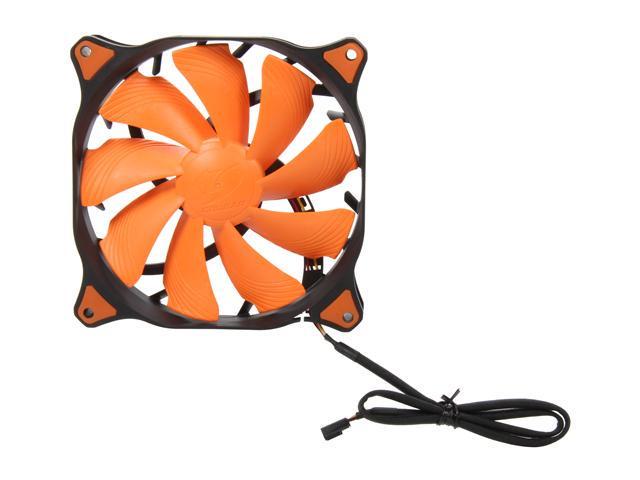 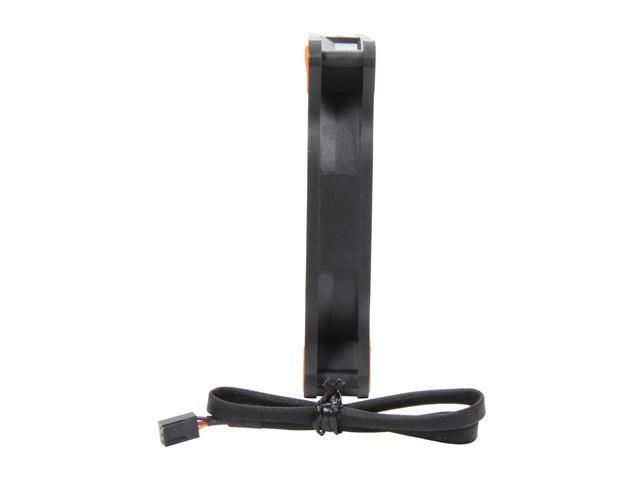 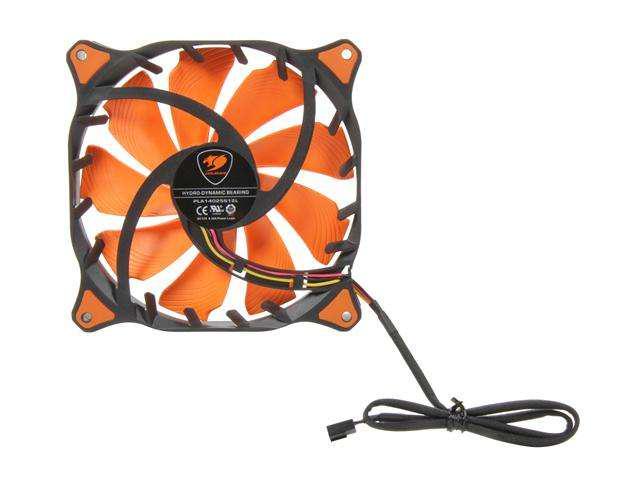 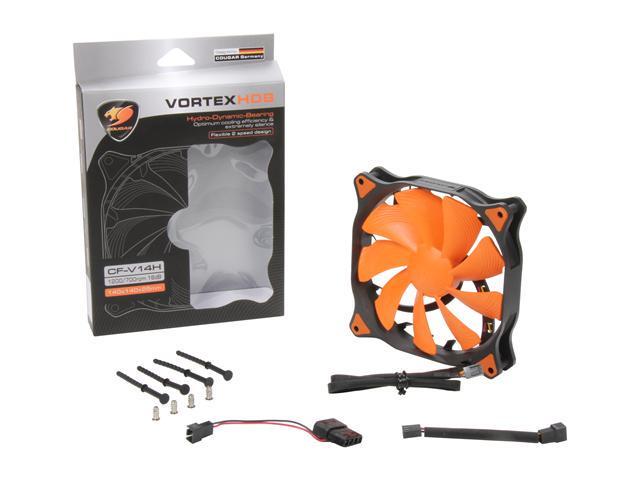 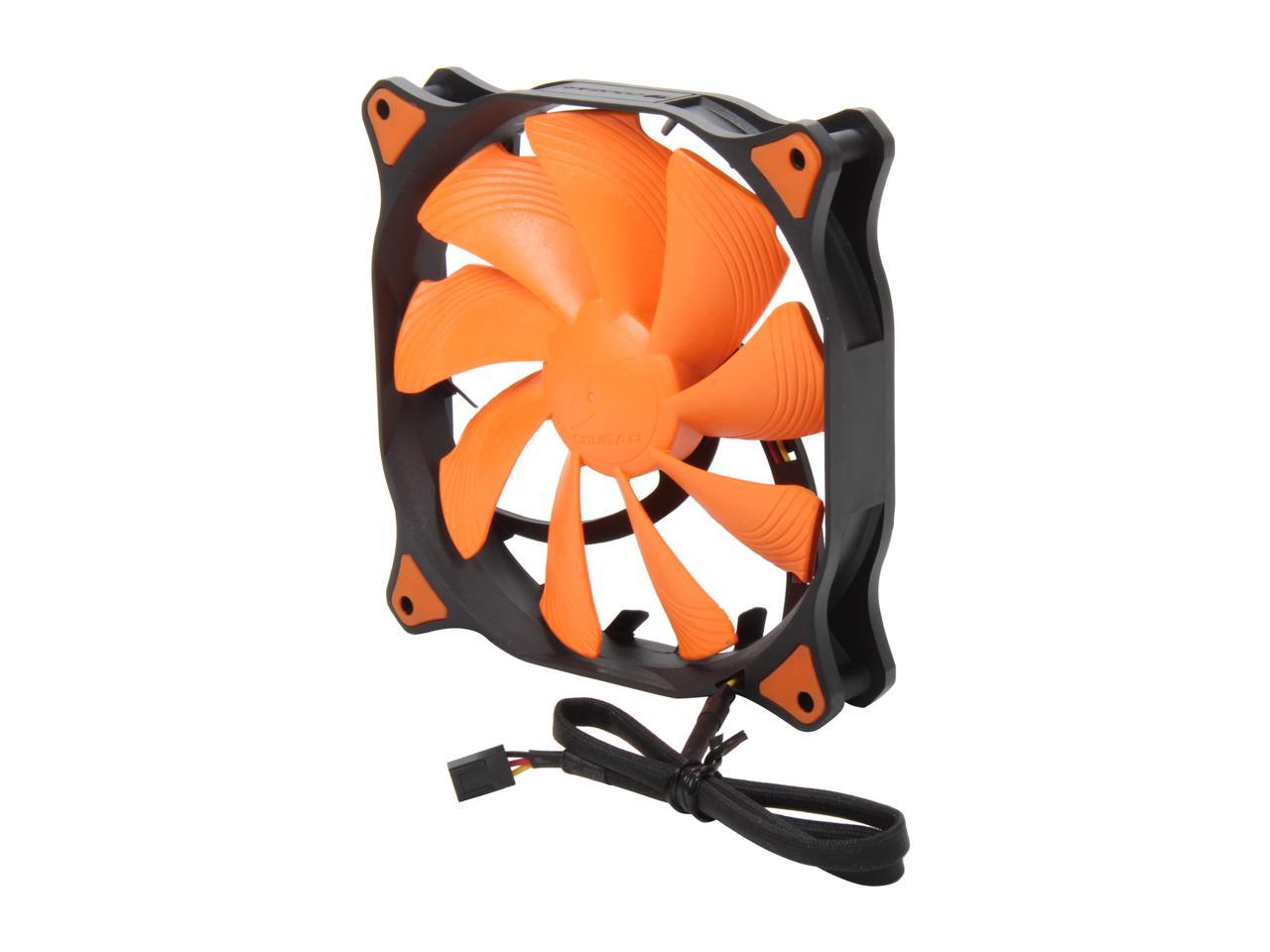 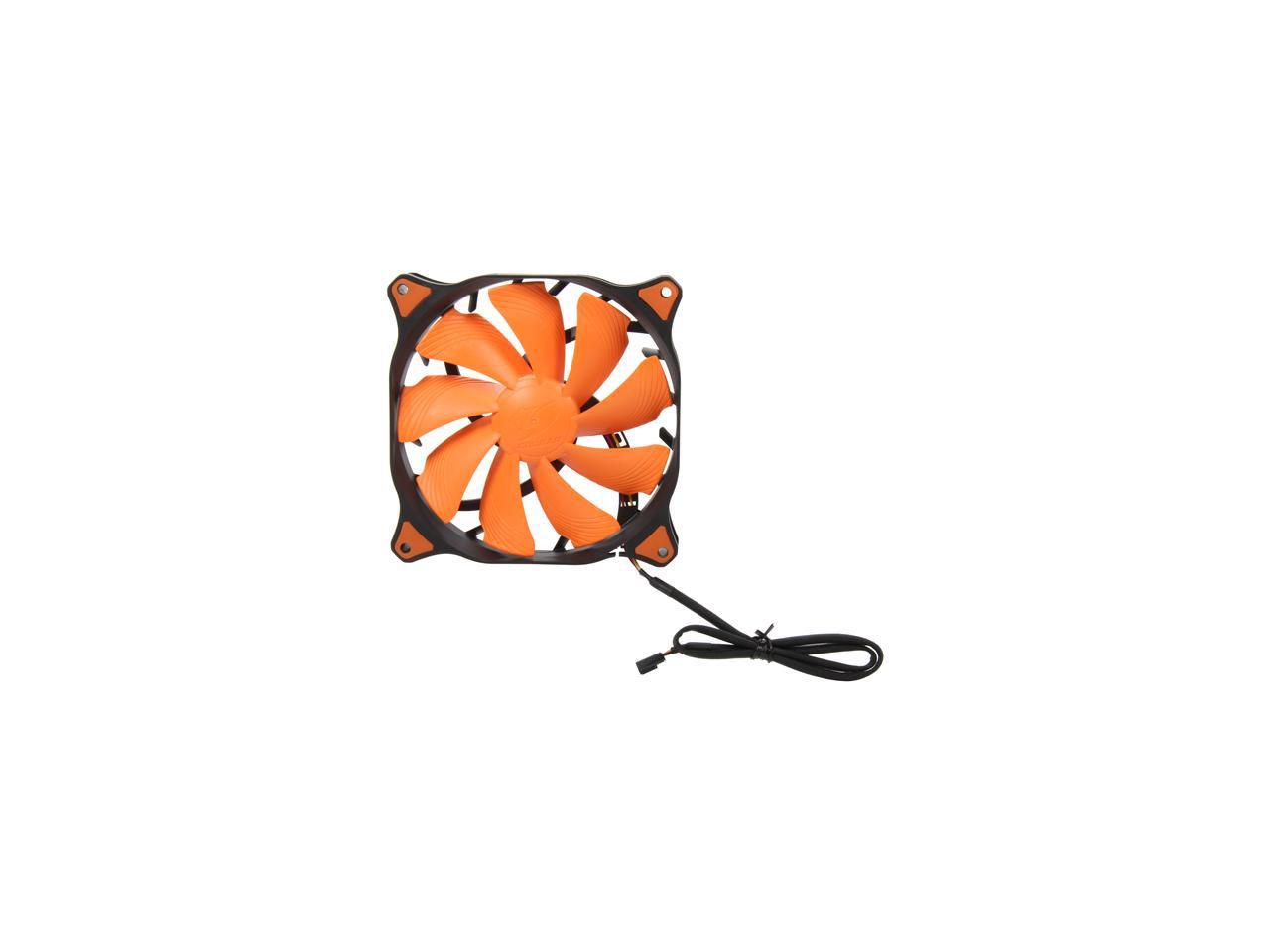 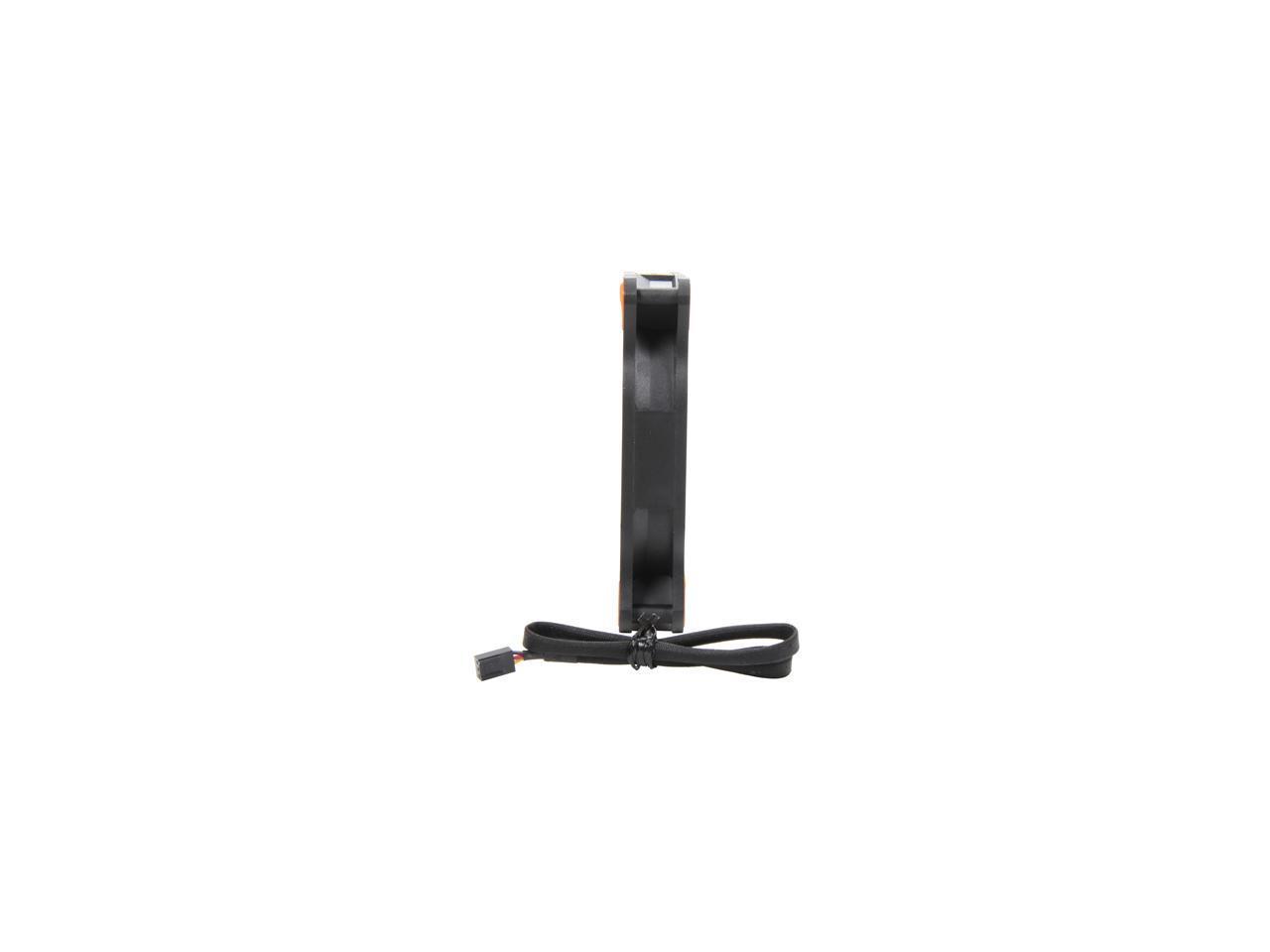 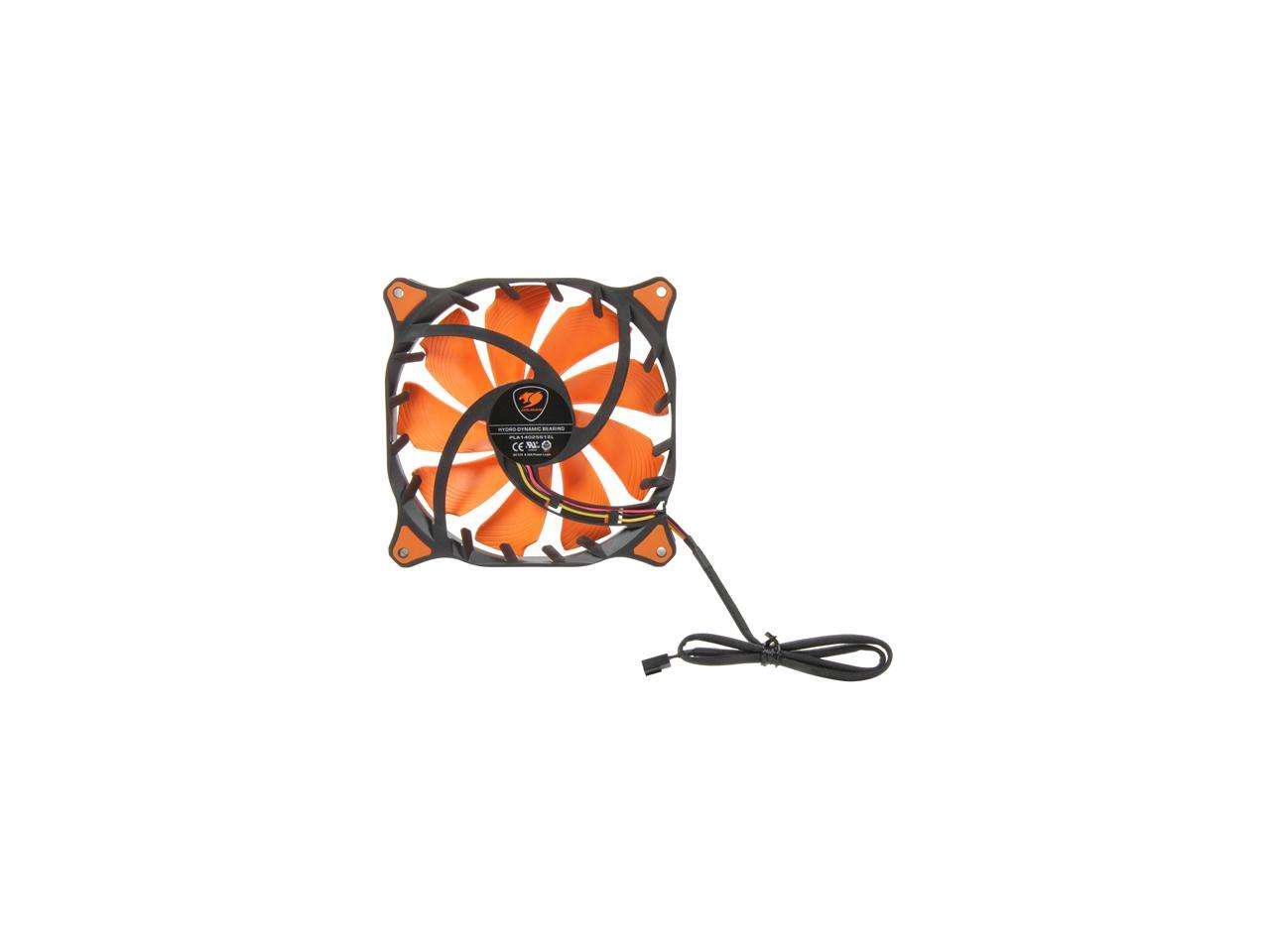 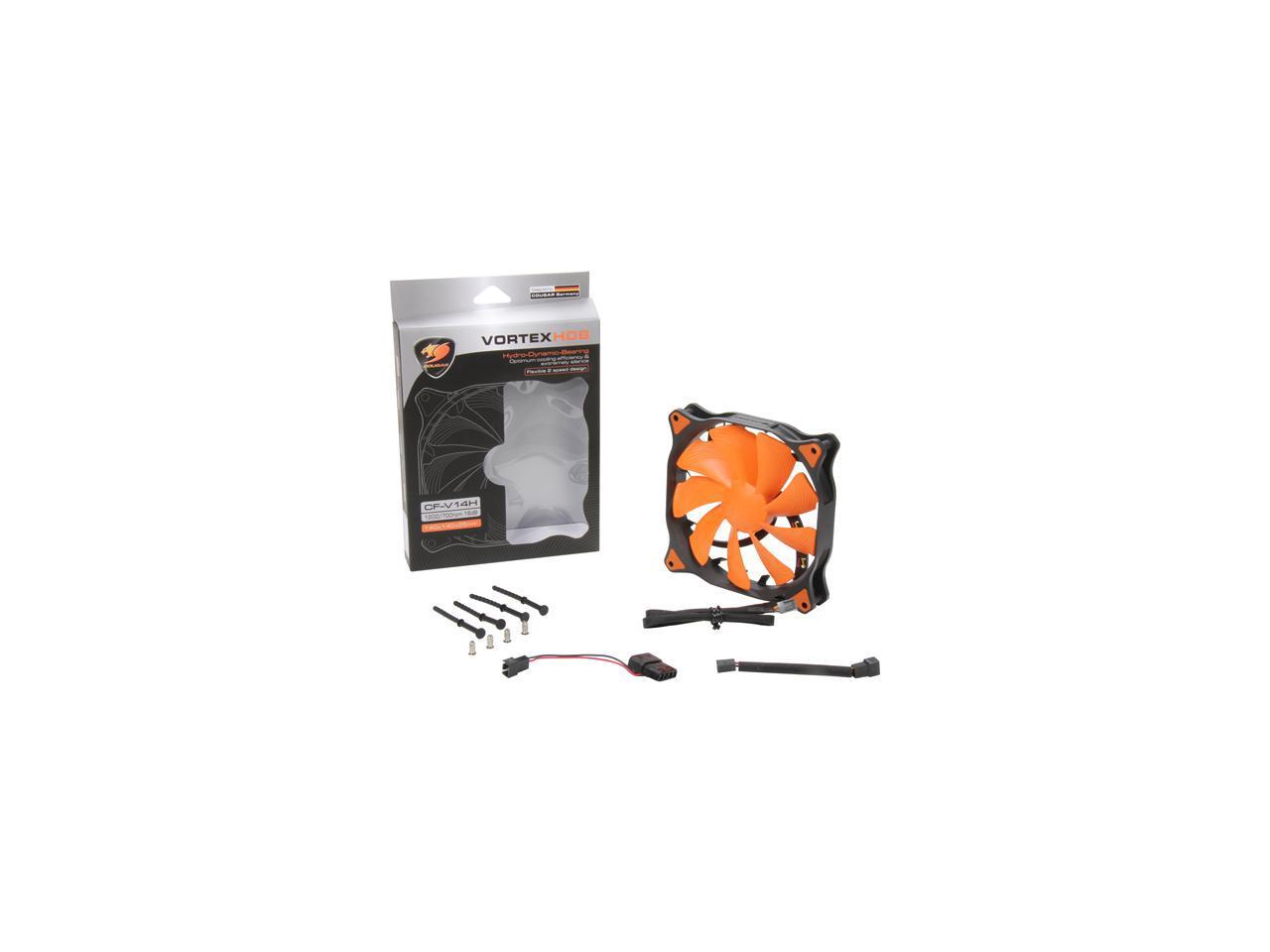 Learn more about the COUGAR CF-V14H

Pros: This eats air for all meals. You want air moved quickly, take this fan. Super quiet, even at 1,100 RPM...must love those anti-vibration screws (even though they are really just rubber sticks with wide areas). IT IS SAFE TO MOUNT VERTICALLY (meaning it blows air up or down).

Cons: No LED version = sad face. But do not let that stall you from taking this fan. It is worth it.

Overall Review: The rubber screws work nice, had to cut the excess though. However, after doing so, please do leave a small amount of excess. Unlike me, if you do so, you might be able to reuse them if you need to take them out. NOTE: installation does require some umph to get the rubber screws to seat flush with the case. It is seated when the top of the screw is level. It is not a bad idea to get some tools for pulling and cutting the excess rubber (I used some needle nosed pliers and very basic wire cutters).

Pros: Bought these along with two 120's for a Cougar mid-tower build. These babies put out an absolutely impressive amount of cold air and airflow, and they make zero sound except for the sound of air itself being moved. This (and the 120's), combined with a hyper 212 keep an overclocked six-core cpu and a decent mid-range nvidia gpu both idling at literally around 20C, which is impressive. With a lot of these in a case, at full power, they can be noticeable aurally, but not because a fault in the fans themselves. The structure and the bearings themselves are entirely silent. They simply move such massive amounts of air, that you can hear the cold air moving out incredibly. I was somewhat sketchy on the orange color originally, but it actually looks rather excellent and brilliant in a black case, with or without lighting.

Cons: Besides literally making the room somewhat cool from the air they shovel out, there's absolutely none. :D

Cons: Zero Documentation -Didn't matter to me, but some may like to have documentation of some sort.

Overall Review: Was considering Noctua, but chose these for reviews/price. Comparable to Noctua

Overall Review: Overall, I really like these fans, for how much air they move they're pretty darn quiet. Mind you, I would NOT define them as silent as they push some serious air with turbulence (which is what you want) but I see them as a price to performance to quietness ratio - they cannot be beat.

Pros: These are incredibly constructed fans! I bought 4 for the Corsair 400R case and they took my system temps from 45C under load to 28C under load! I have two pulling air in from the side and two exhausting out the top!.

Cons: I'm not sure this is a con, or just because I got 4 of them, but they are slightly louder than I expected on Max RPM... Didn't take off an egg for it, but judging from all the other reviews I was expecting them to be whisper quiet.

Overall Review: They are orange but have no LED's. Me likey!

Cons: Only came in orange.

Overall Review: Dont know why all the great fans come in one color/color scheme <cough noctua cough> wishing for more options but definitely a good fan.

Overall Review: These fans are in a computer i use in my living room. Using older fans it was audible with conversation in the room. Now its dead silence at all times.

Pros: Wow.. very very quiet. I have 6 of these running in my case and the only noise I hear is coming from my CPU cooler. Very well built and come with all the screws and adapters you could need.

Cons: Bright orange fans may not be everyone's cup of tea.