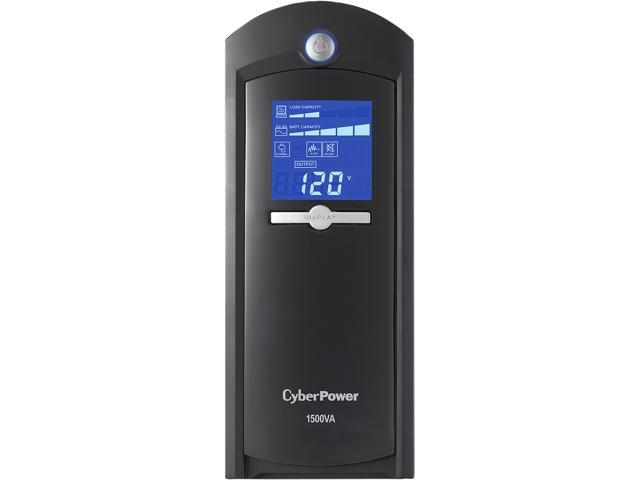 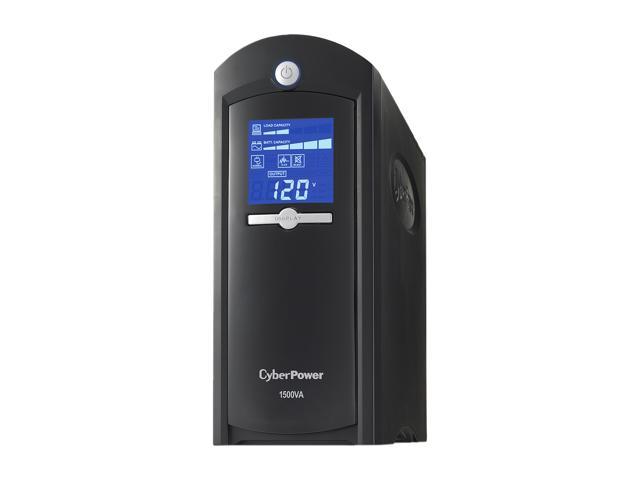 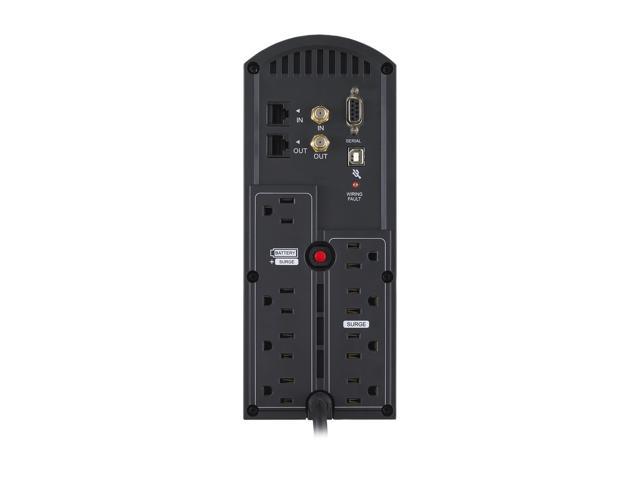 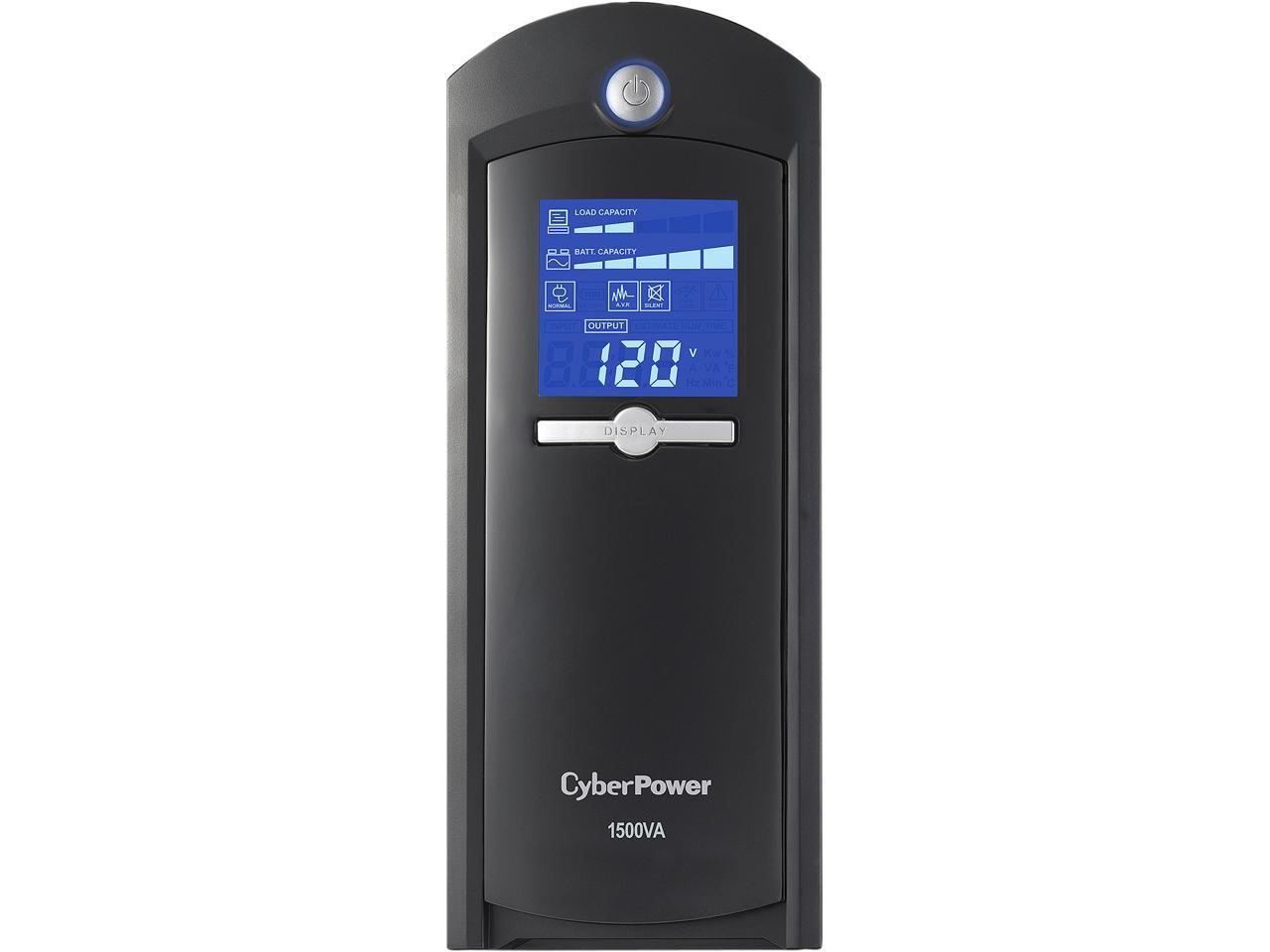 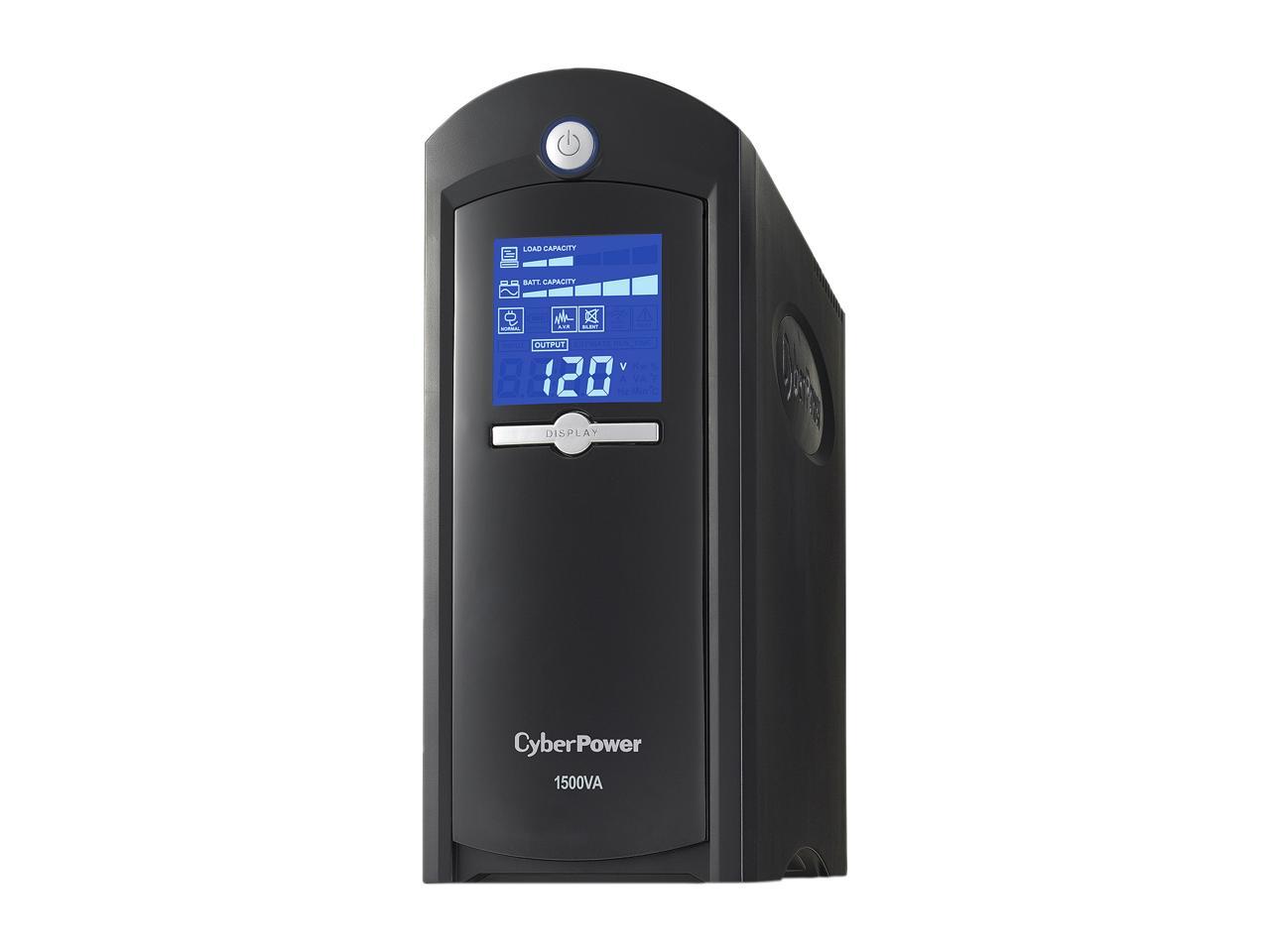 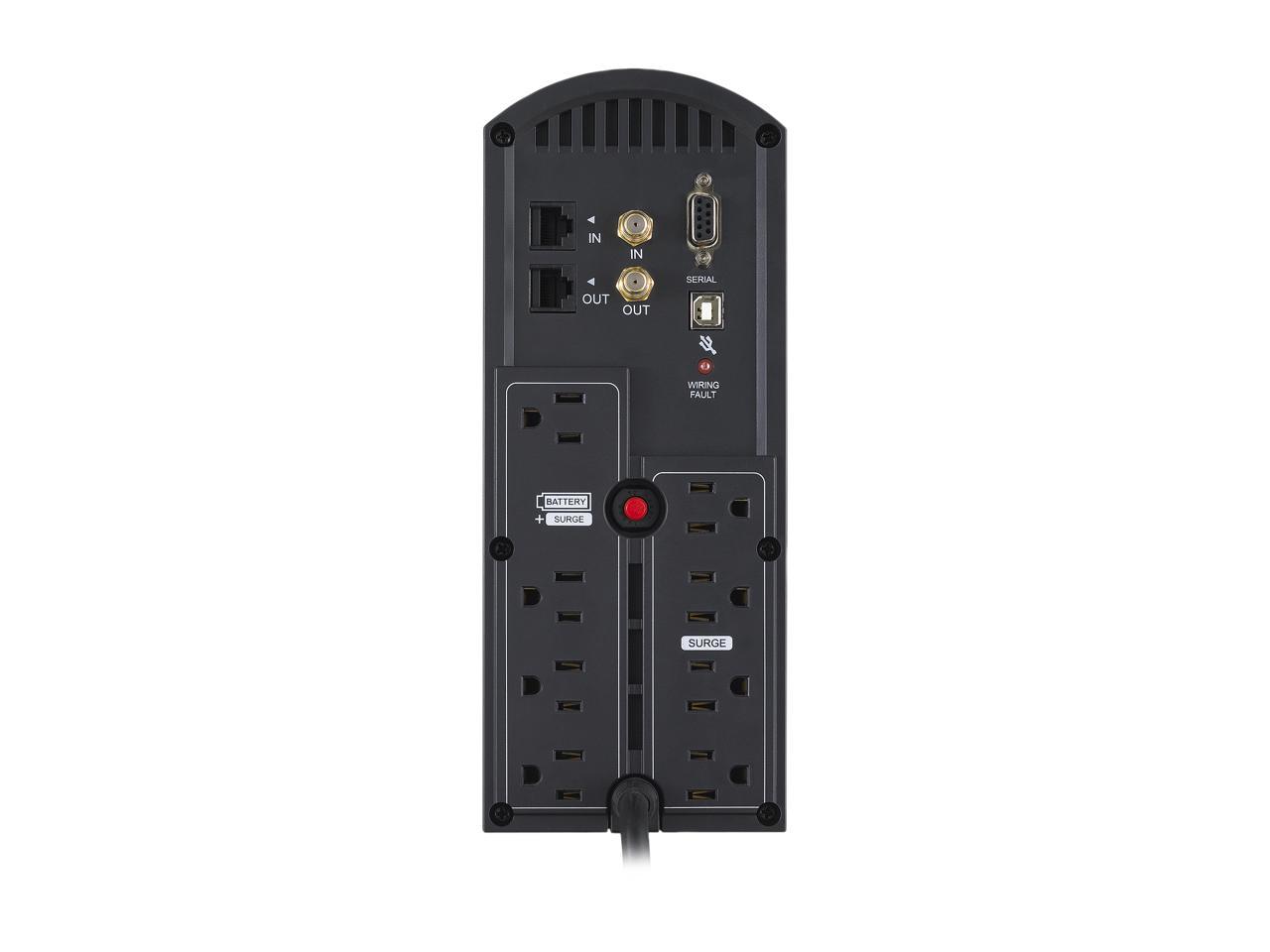 Learn more about the CyberPower C1500LA

Pros: Excellent UPS for non-active PFC powered hardware. LCD display panel automatically shuts off after several minutes of inactivity, which makes this unit usable in dark rooms. Simple, super-easy to setup. Fairly quiet when actually operating (once you suppress the alarm, at least.)

Cons: Only four power-backed outlets, a fifth would be nice. No USB charging ports. Only one external control button, so you have to cycle through all the various display modes to get to a particular one. Simulated sine wave output, so cannot be used with many active-PFC PSU-equipped devices (typically PCs with 80+ Bronze or higher rated PSUs.)

Overall Review: Purchased this unit to backup our family room entertainment center (4K TV, stereo HDMI receiver, DVD player, satellite receiver/DVR and PlayStation4.) Our home actually has a full-house 22KW backup generator installed, but this takes about 15-20 seconds to detect an outage, fire up the motor and cutover to standby power. So, whenever we had an outage, our full entertainment center would shutdown, and the satellite receiver takes nearly 5 minutes to boot up and return to service, which is a major annoyance, especially if it's in the middle of recording one or more shows. Also, the satellite receiver and the PS4 both have a hard disk drive (or HDD) inside, and the data can be degraded or damaged from sudden power loss if they happen to be actively running. Now, this CyberPower UPS should easily bridge that gap, providing the system with power while our backup generator does its thing, then reverting back over to house current once electricity is flowing again. Beware, however! This is a simulated sine wave UPS, meaning it doesn't supply a true sine-curve of AC power. If you could see it, it would look more like a little staircase going up, then back down, repeating over and over. This is not an issue for most devices, they tolerate it just fine, but for any device equipped with an active-PFC (Power Factor Correction) power supply, it can be a huge issue. If the power supply will run at all, it may be damaged over time from the simulated wave and prematurely fail. These types of power supplies (or PSUs) are usually found in higher-end PCs, a dead giveaway is if the PSU is rated as "80 Plus Bronze" or higher, higher being Silver, Gold, Platinum or Titanium, in order. However, just because you don't see an 80+ badge on the PSU does NOT mean it's a non-active-PFC device, you'll have to check with the manufacturer to be certain. If you DO have an active-PFC equipped device (or if you aren't certain,) you will want to purchase a True Sine Wave UPS. CyberPower (and other suppliers) make a variety of these, and for not terribly much more money than their Simulated Sine Wave counterparts. Better safe than sorry, any money you save by going with a cheaper UPS could be quickly consumed by a failed active-PFC PSU elsewhere, along with any components that get taken-out along with the PSU. I happen to know that all the devices in my entertainment center are simulated sine wave tolerant, so I was able to save some money.

Cons: There is a slight fan noise during power break situations. No USB port on the front for charging needs, knock off one egg.

Cons: Did not note that it does not include cables for USB monitoring, but have several from outdated units.

Overall Review: Only need the unit for one PC and monitor. Have two other units for other PCs and peripherals (label printer, router, etc.) which have front USB ports and came with accessory cables. Update to original review - Get the CyberPower POWERPANEL Personal with the revised layout. This utility is a great asset to quickly check your UPS and make changes to alerts, etc.

Pros: Not too expensive. It does the job. I used other brands and they do not last as long as Cyber Power products

Pros: -easy setup is best by far -great value -lots of features best of which is the ability to check actual load in watts -software is easy to use

Overall Review: It is hard to beat the value for the watts provided of battery back up. Great choice if you have a power hungry GPU.

Pros: - Price - Quality - Does EXACTLY what it says it does

Cons: Only "issue" was the software from their direct downloads doesn't support Windows 7 (says it does, but doesn't). Called their support, who directed me to a "hidden" website with the older version of the software. Works like a hot dam(n)!! So not really a CON, just a minor inconvenience for a short time only

Pros: just plugged it in and windows did the work great value

Cons: shape is different workable and will likely end up liking it even more after a while