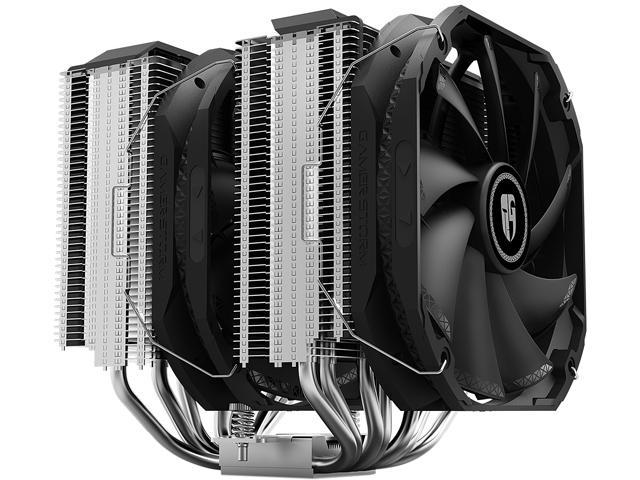 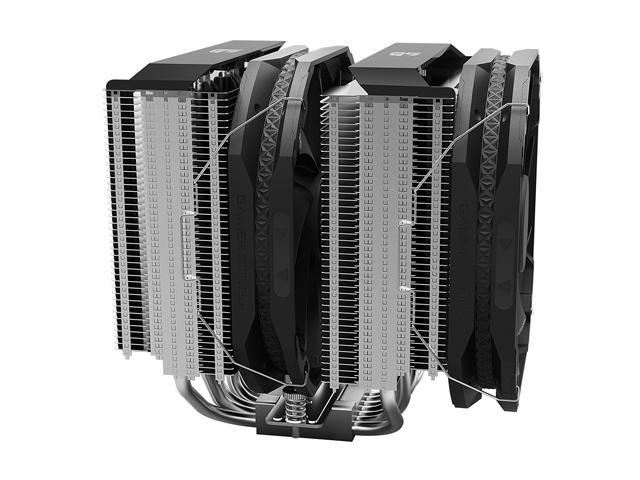 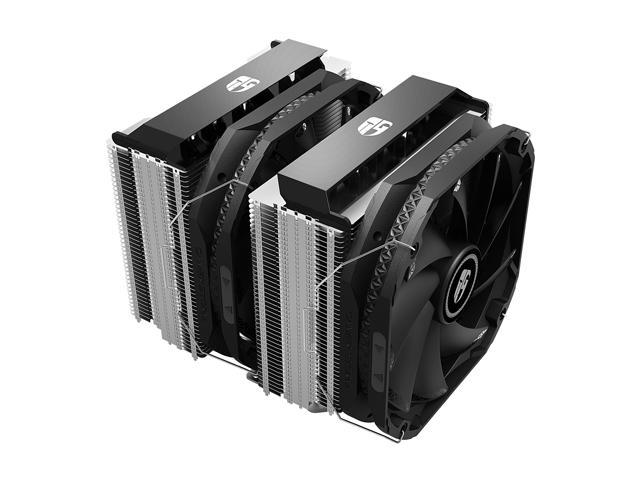 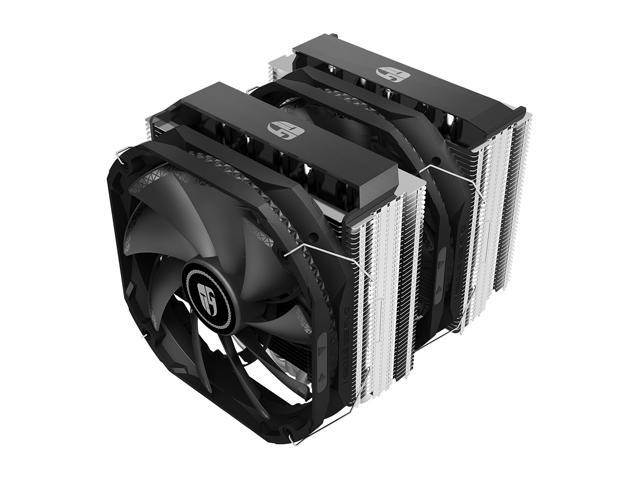 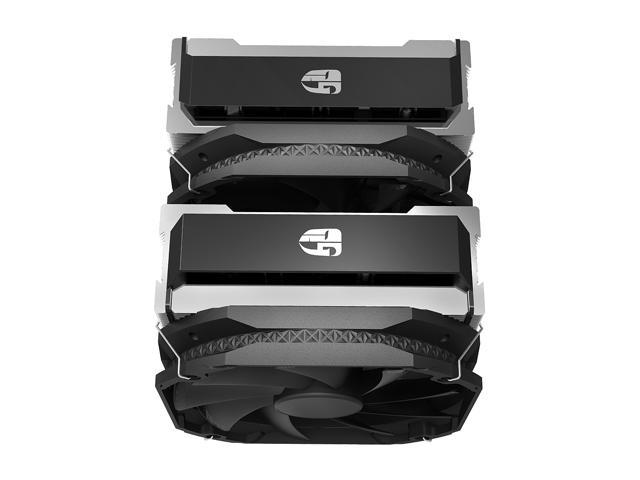 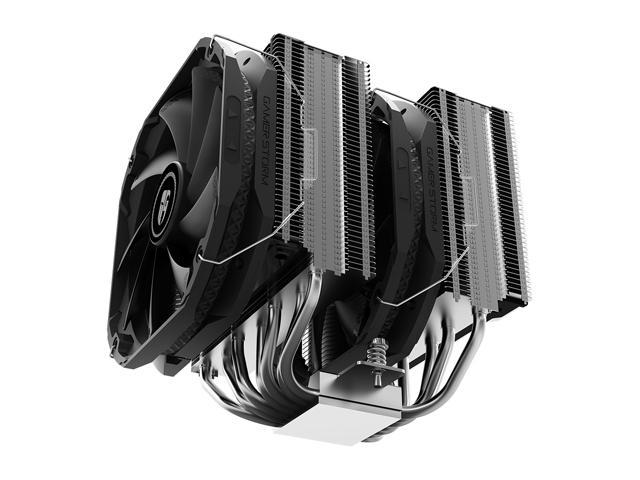 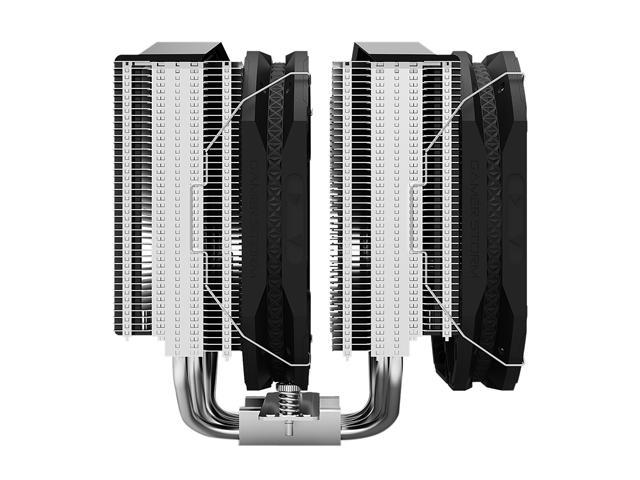 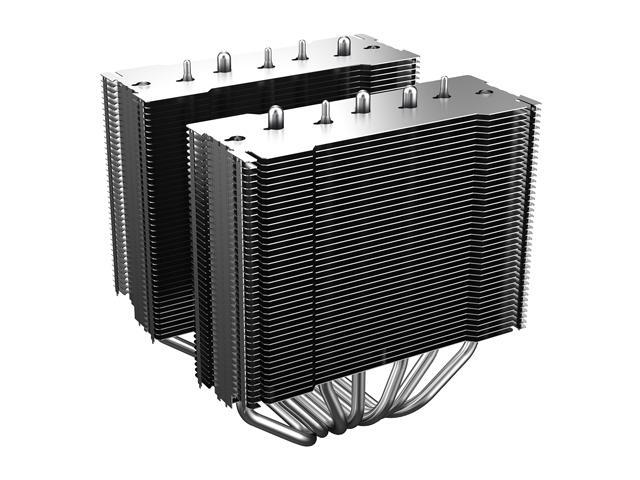 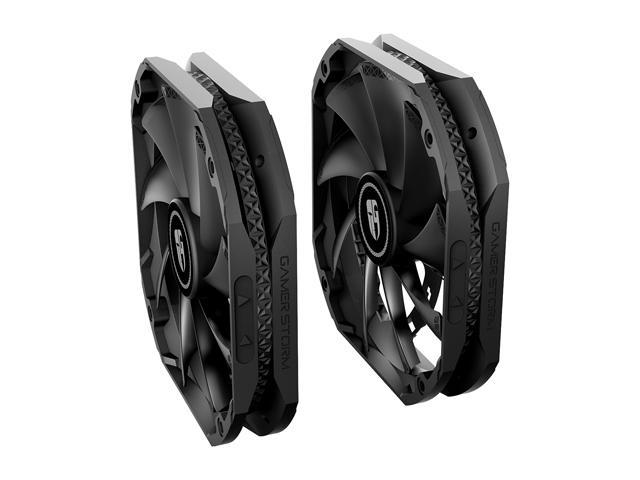 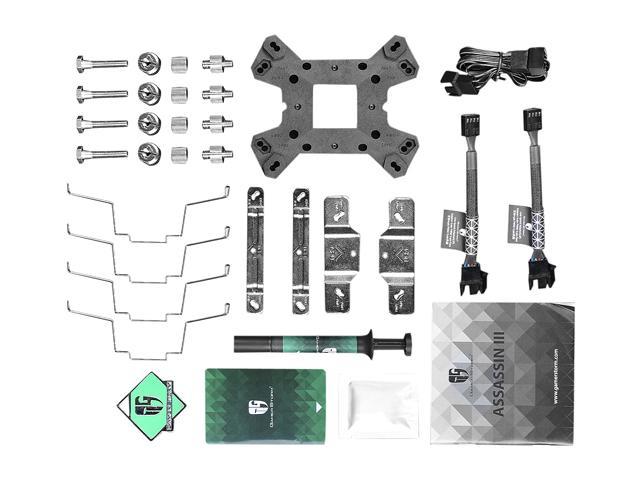 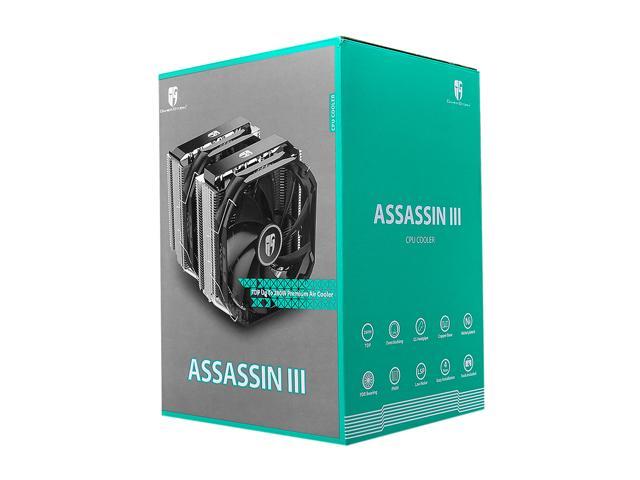 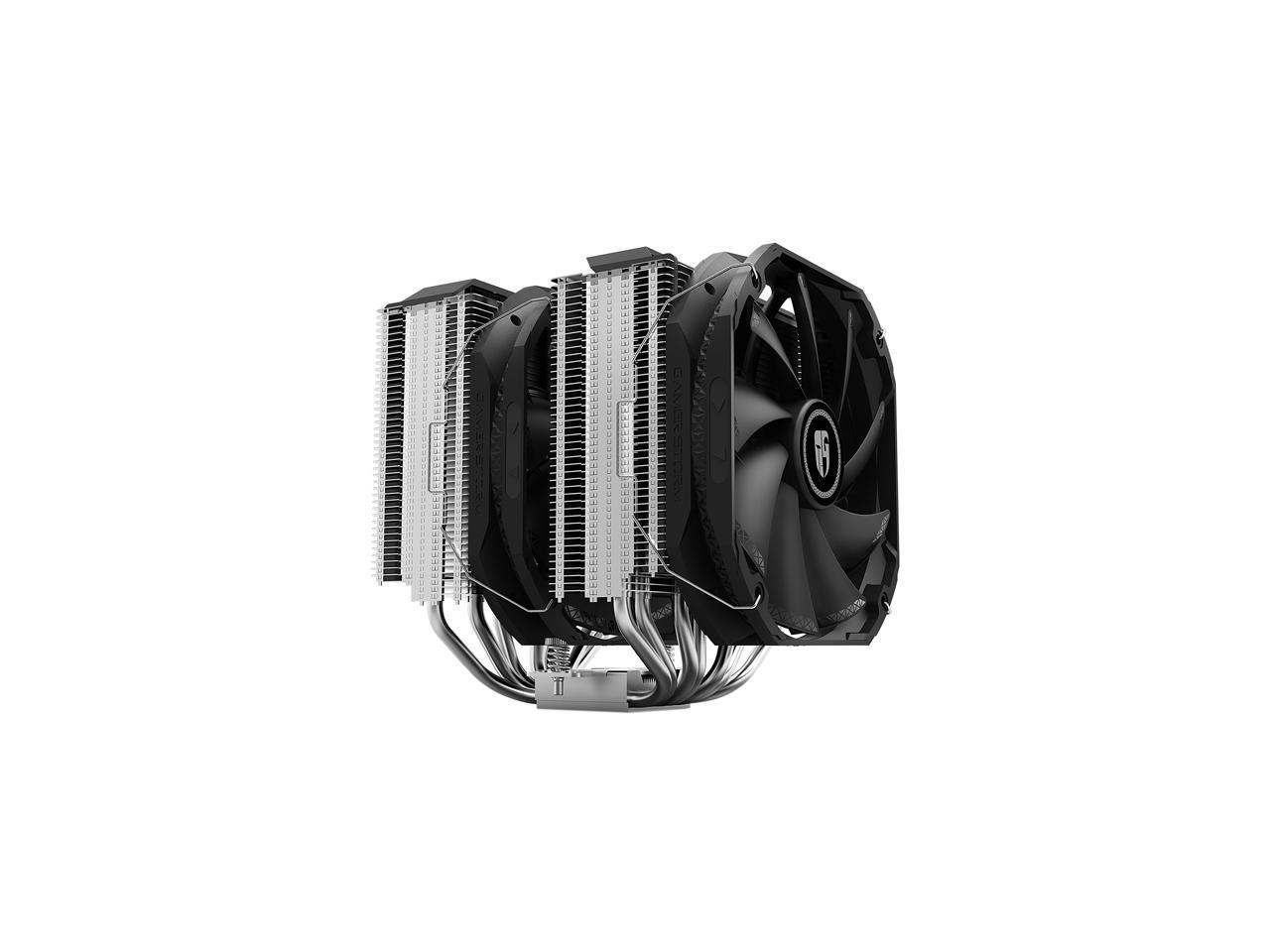 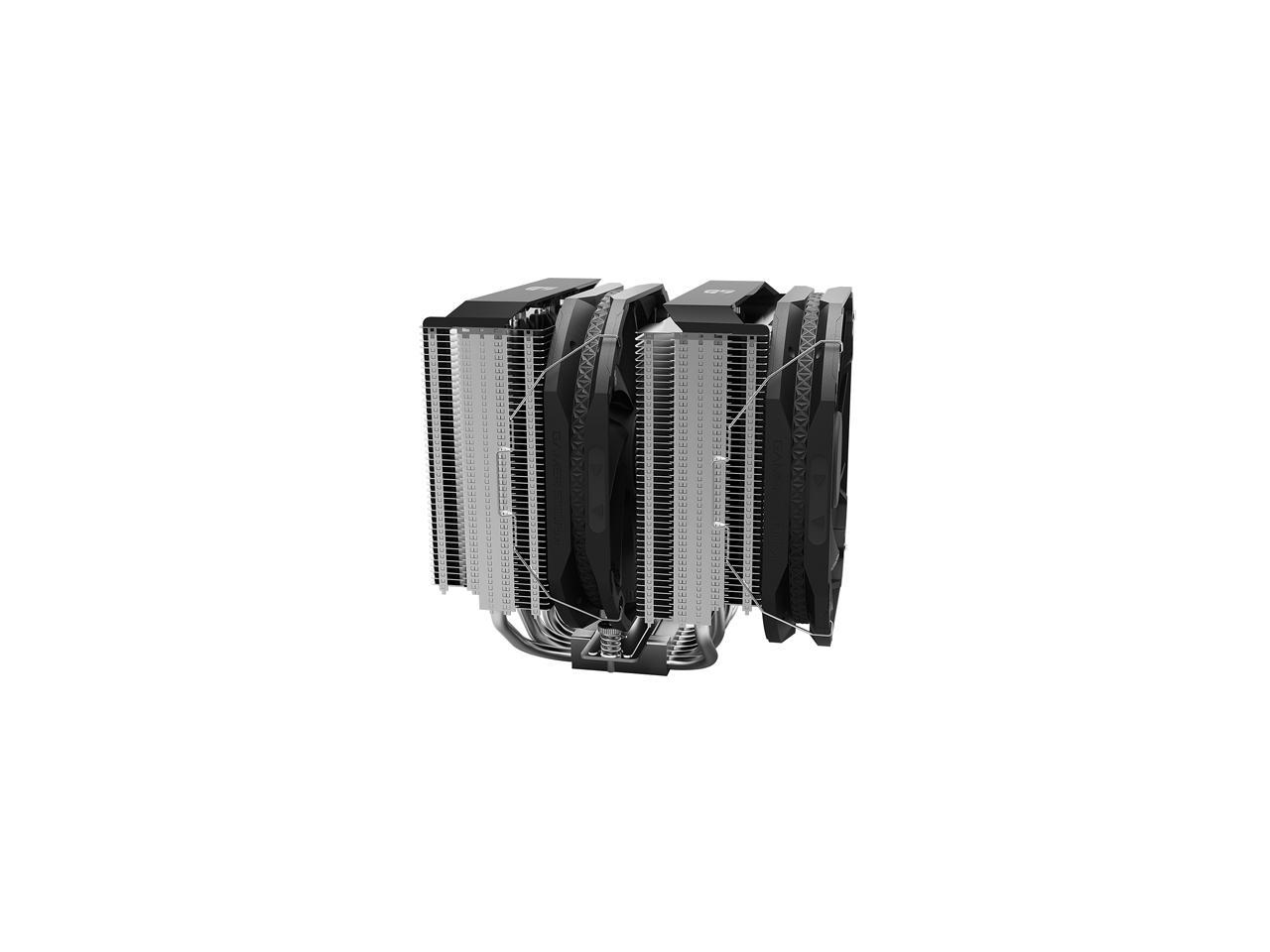 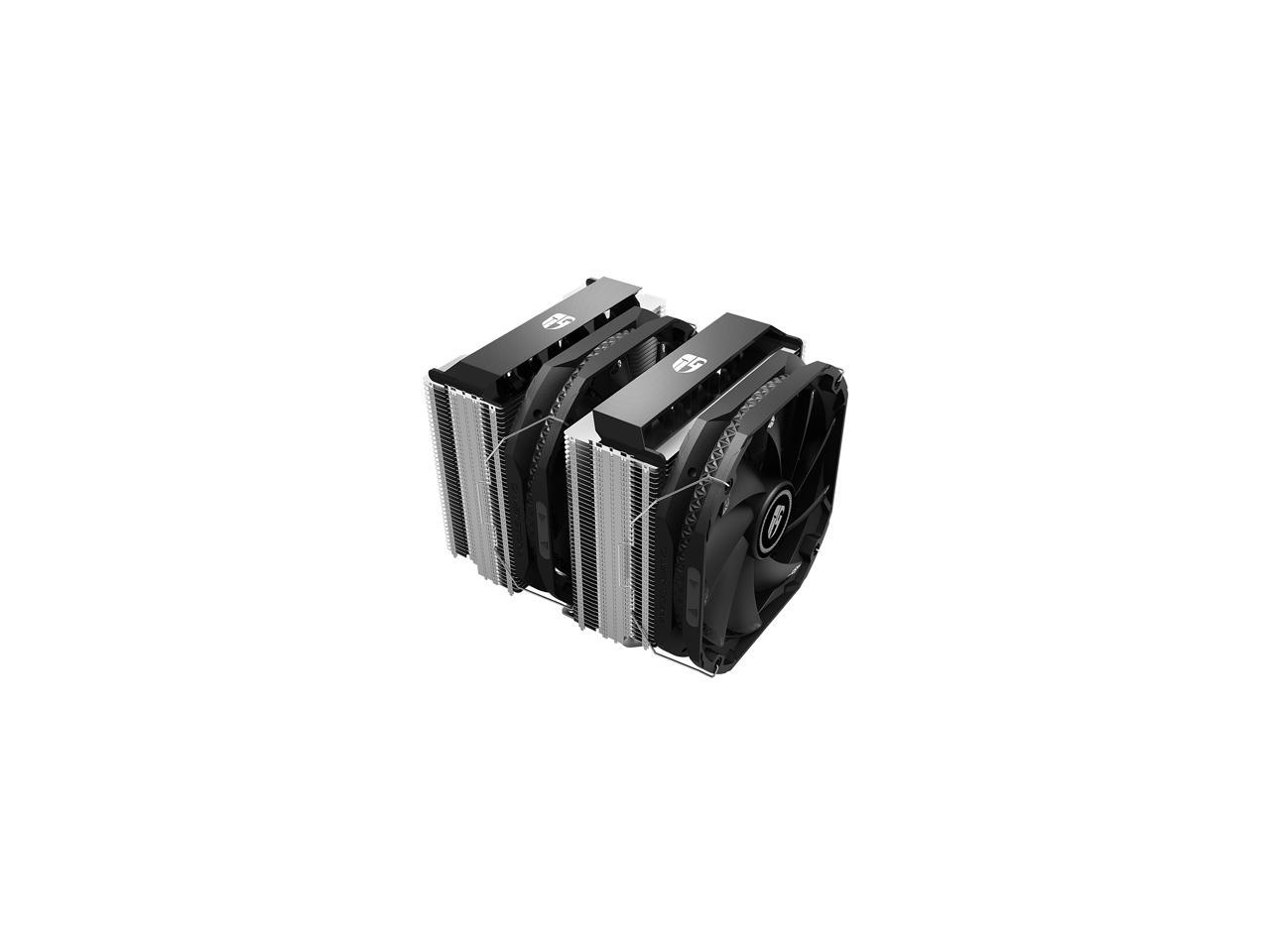 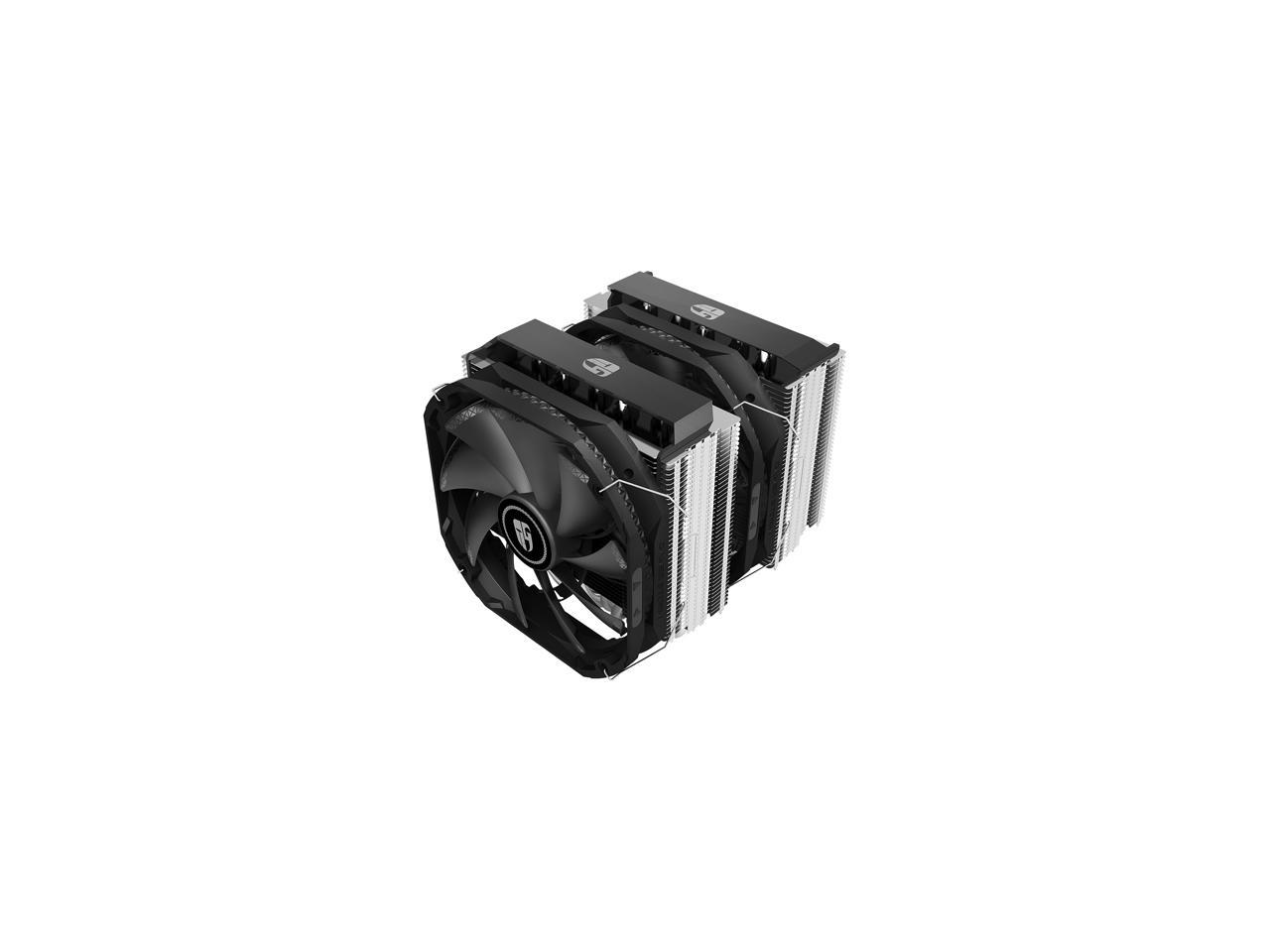 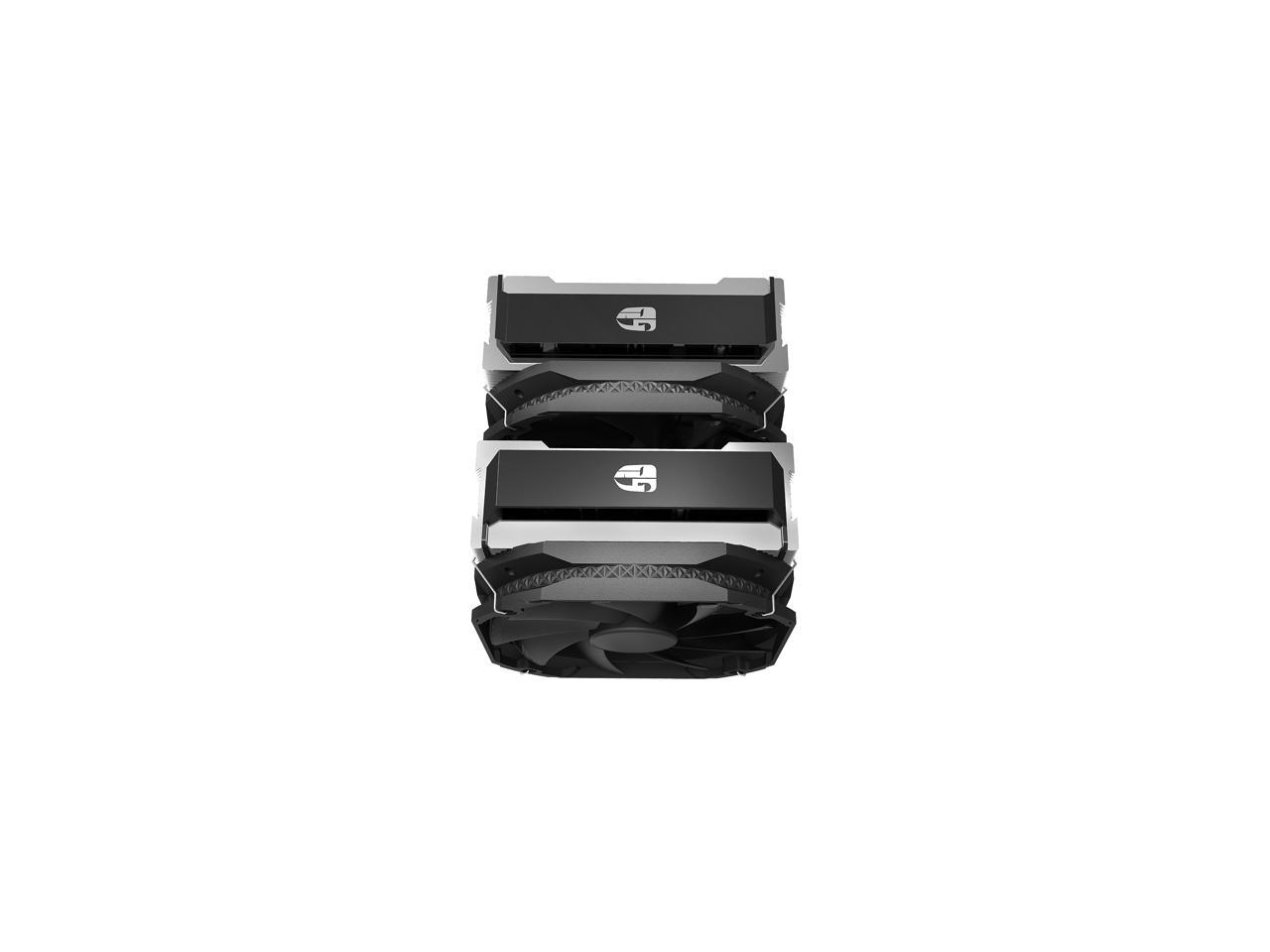 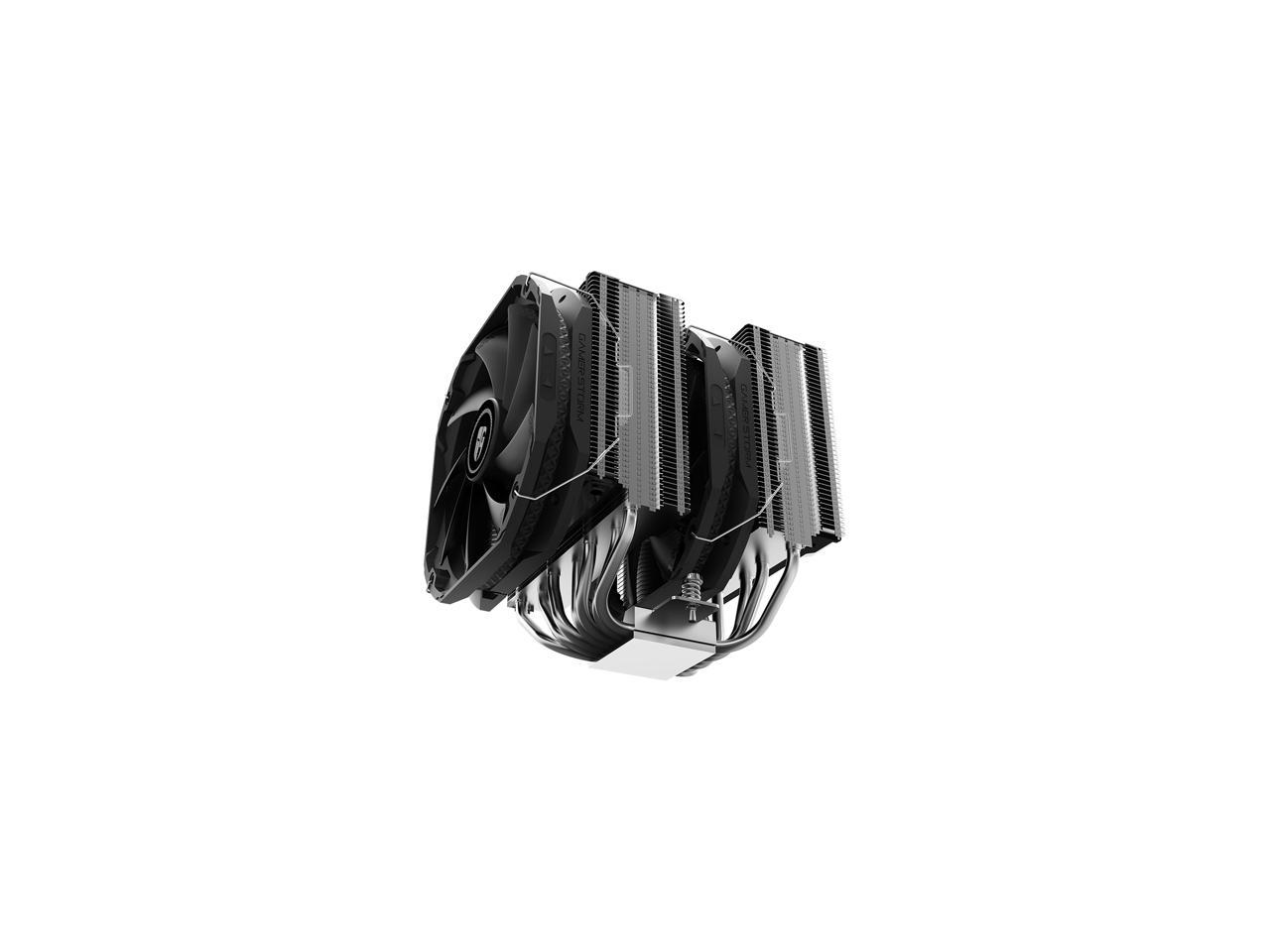 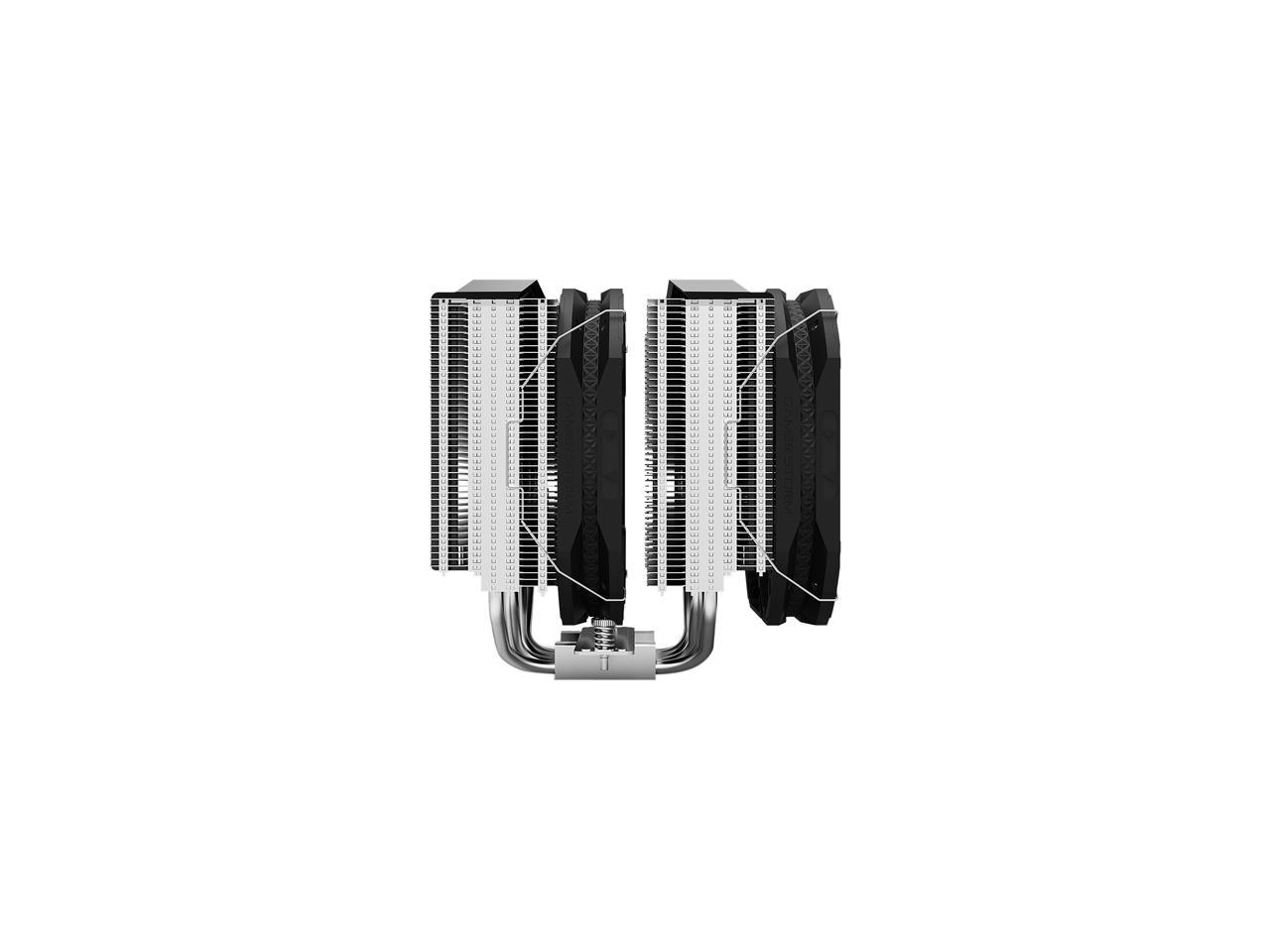 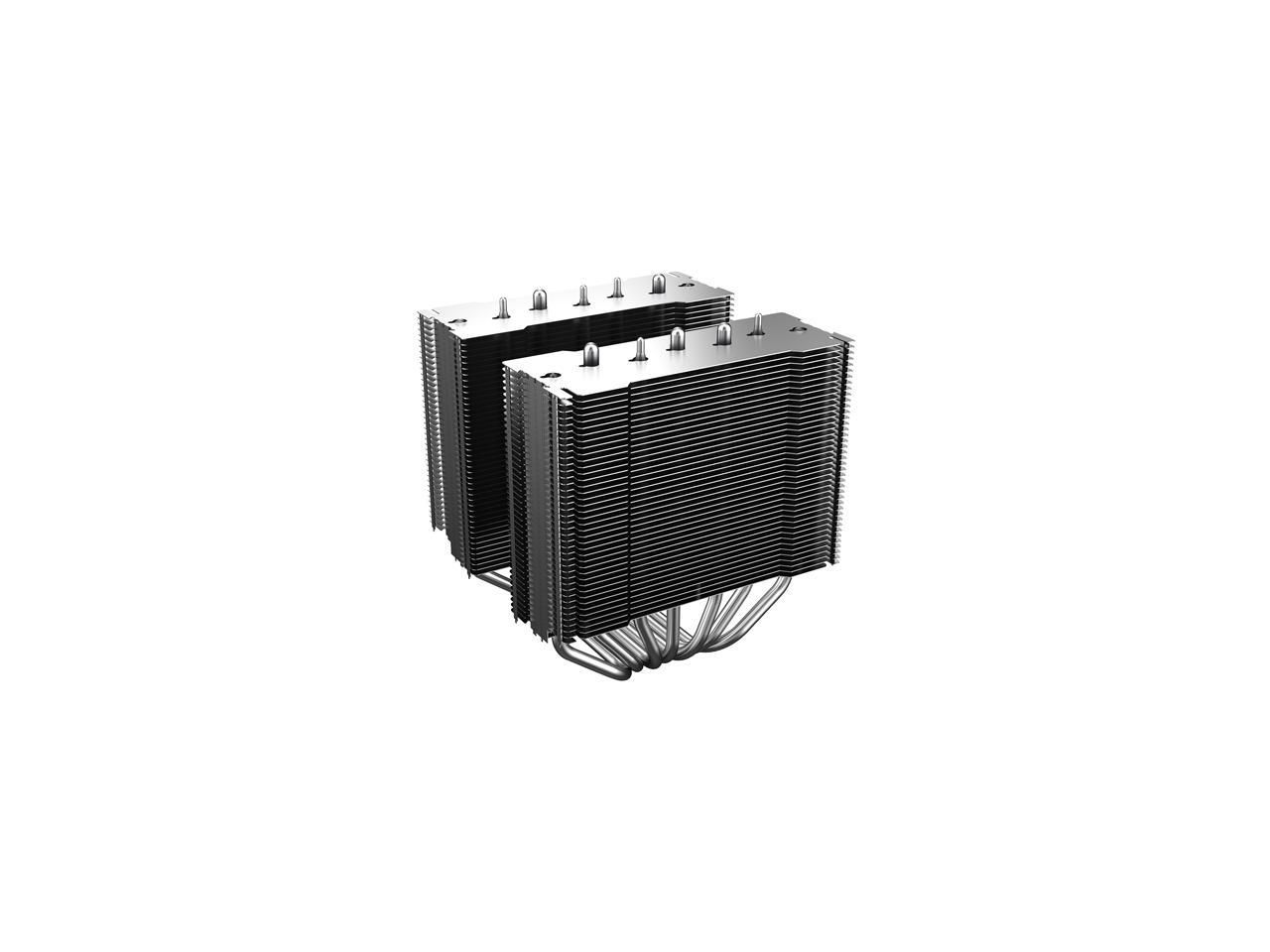 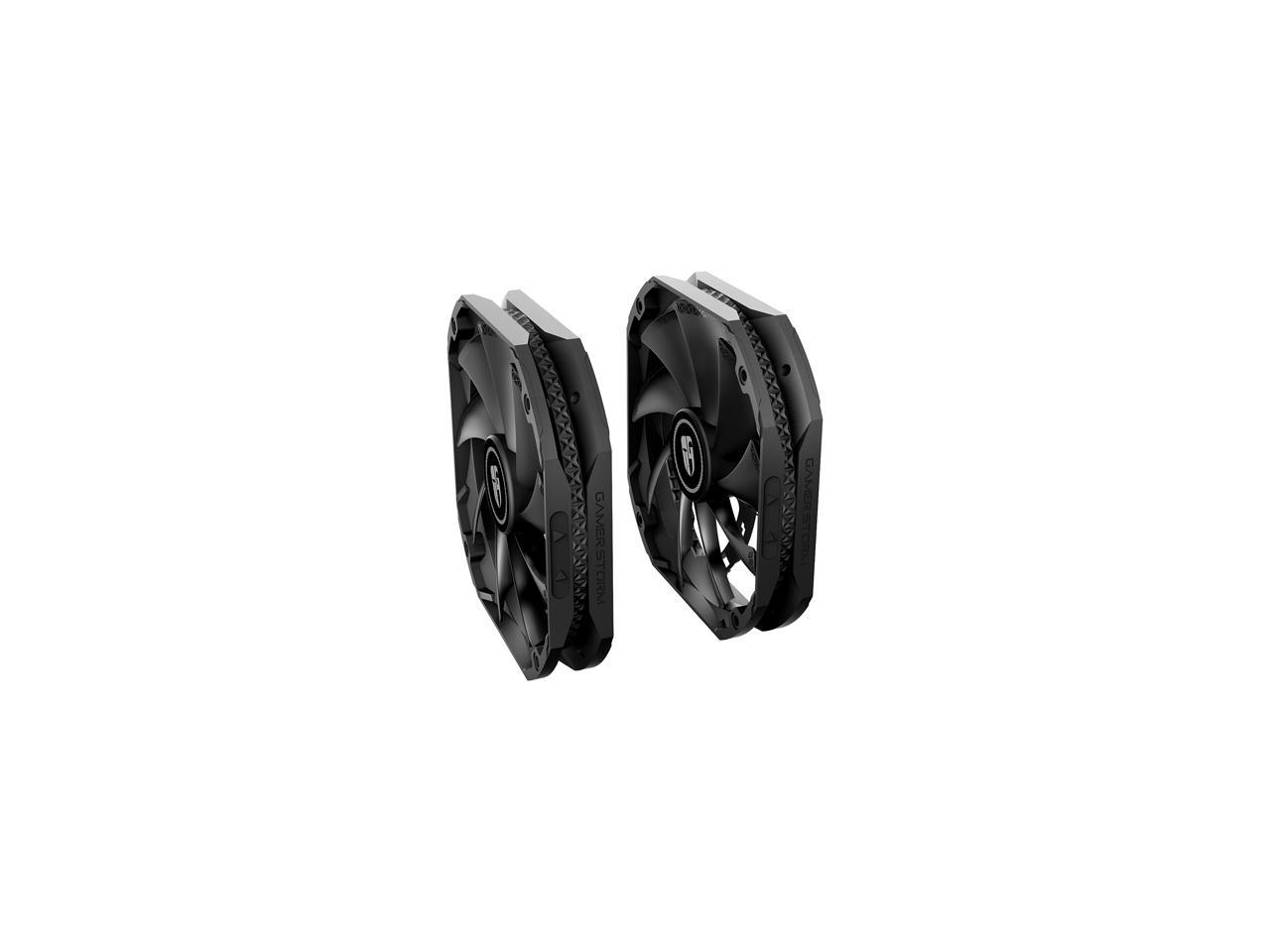 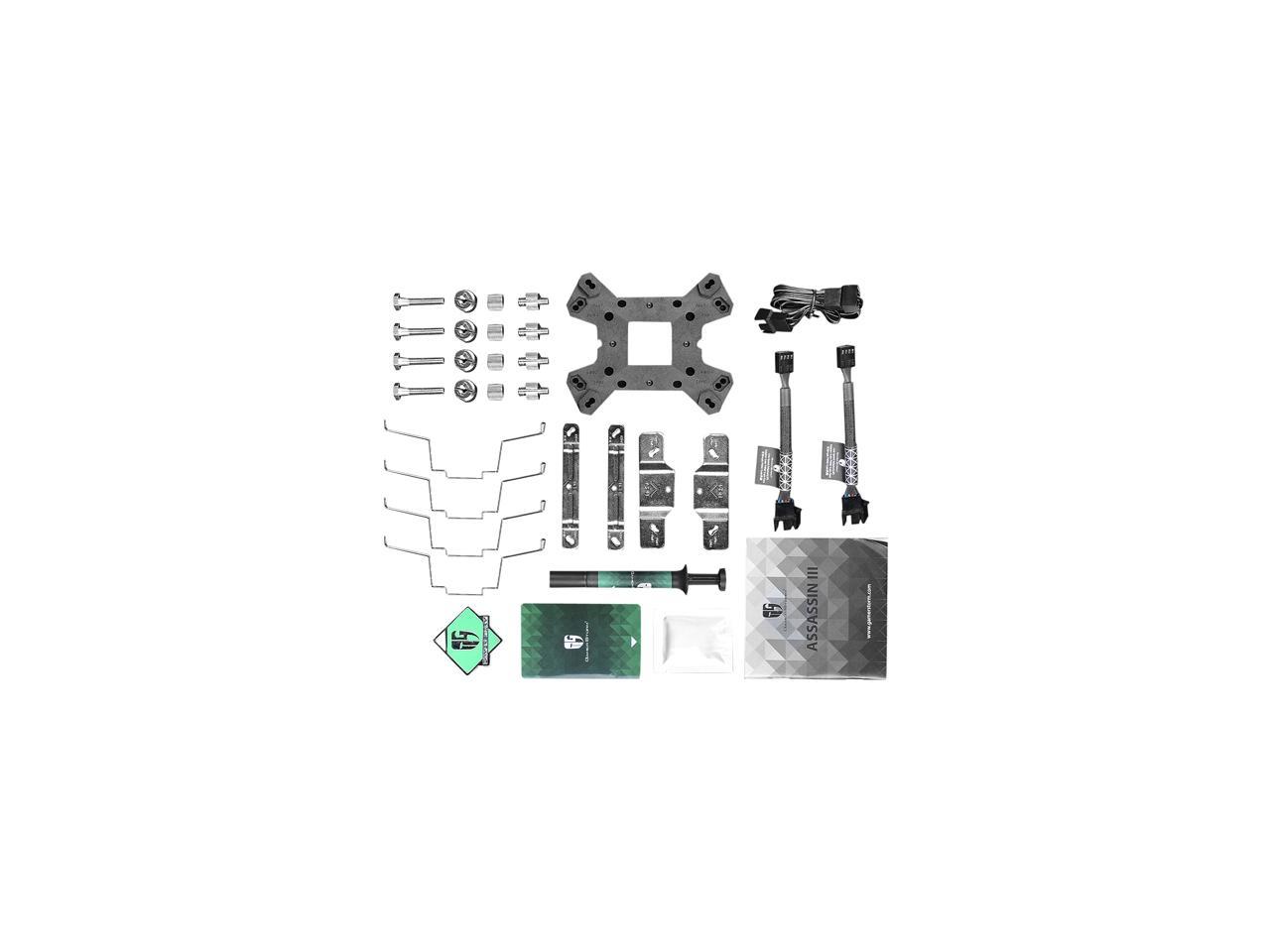 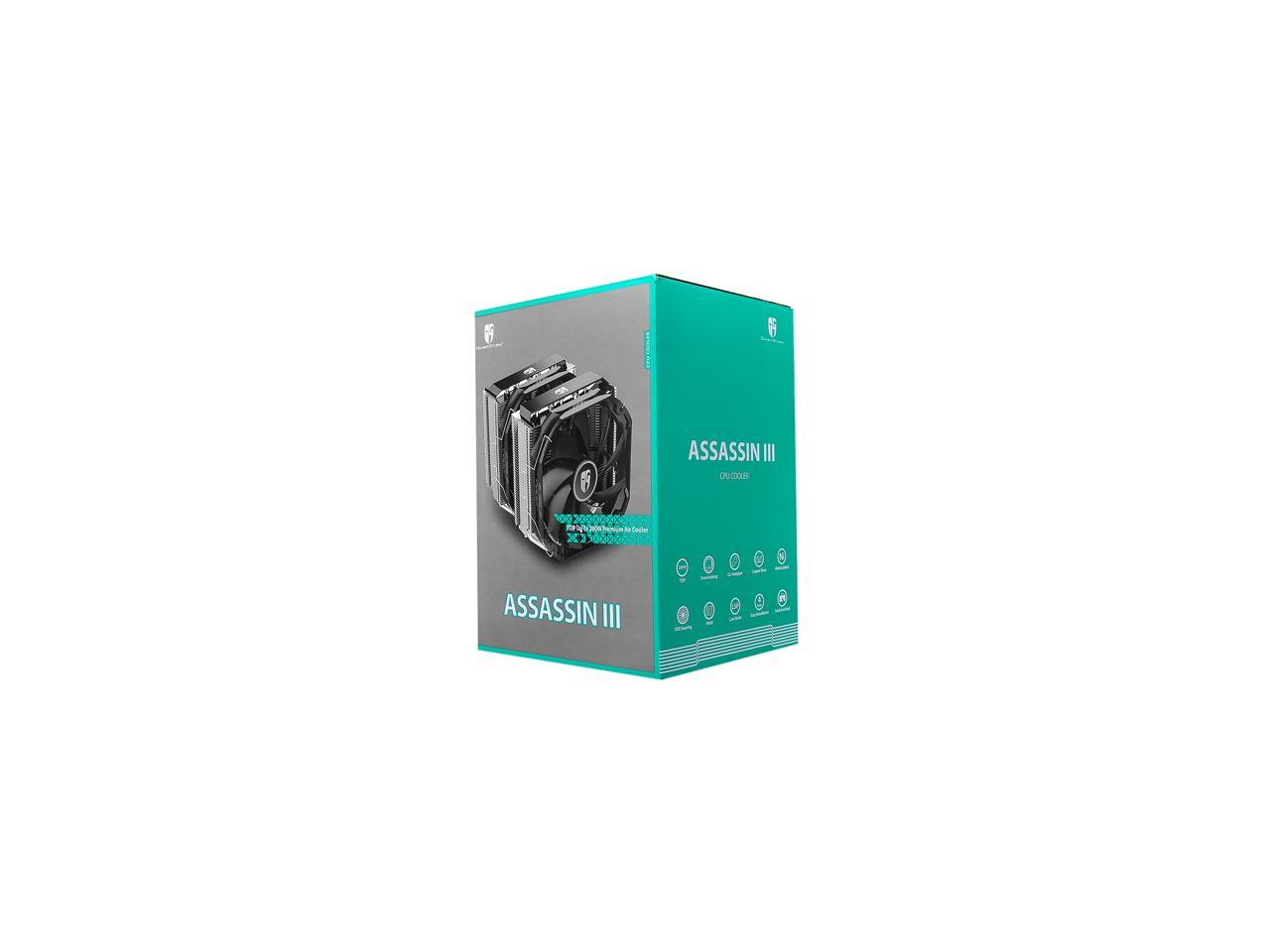 Overheating will be a thing of the past with the ASSASSIN III, a CPU cooler born for unrivaled cooling performance. Seven heat pipes feature new sinter technology for superior heat transfer efficiency. Two fans adopt patented two-layer blades and noise-cancelling teeth to maximize airflow while maintaining quiet operation. The cooler supports both Intel and AMD CPUs with 280W TDP and includes rich accessories for quick installation. It is sized to achieve the best compatibility with adjacent components on motherboard in all mid or full tower cases. The ASSASSIN III adopts a novel thermal module layout, and is equipped with seven high-tech heat pipes, as well as two powerful fans. It's ready to challenge all top-tier air coolers with its stunning performance. EFFICIENCY FROM THE VEINS THE FIERCE BUT QUIET FANS

The patented two-layer fan blades amplify the airflow up to 2.5m3/minute. THE FIERCE BUT QUIET FANS

The frame is narrow in the middle but wide around outer rim. Hence the airflow gains higher pressure passing through the frame. The slightly convex copper base is polished in 0.1mm class so it seamlessly clings to the CPU. THE SIMPLE BUT STYLISH APPERANCE 138mm wide, it doesn't interfere with the GPU on mainstream ATX, M-ATX and even ITX motherboards.

165mm tall, it fits in all mid or full tower cases. Cold, quiet, efficient and stylish. With a TDP of 280W, the ASSASSIN III is the fiercest heat killer.