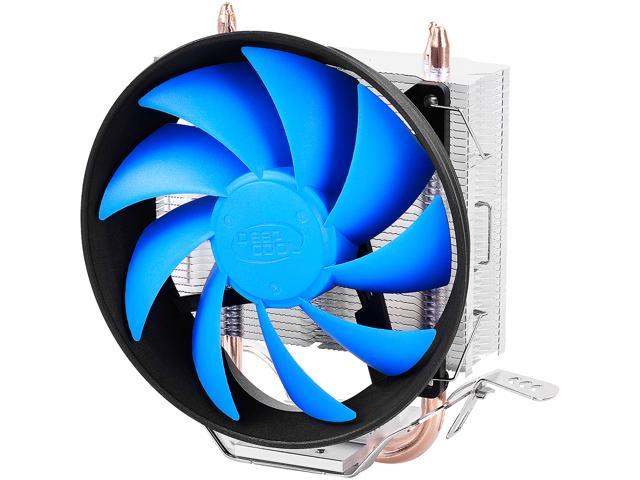 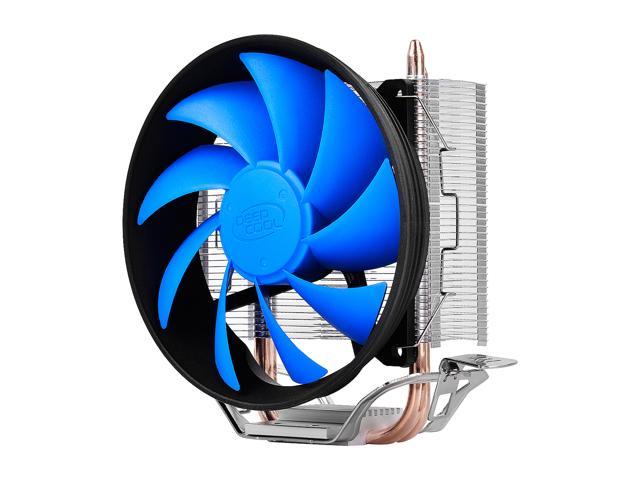 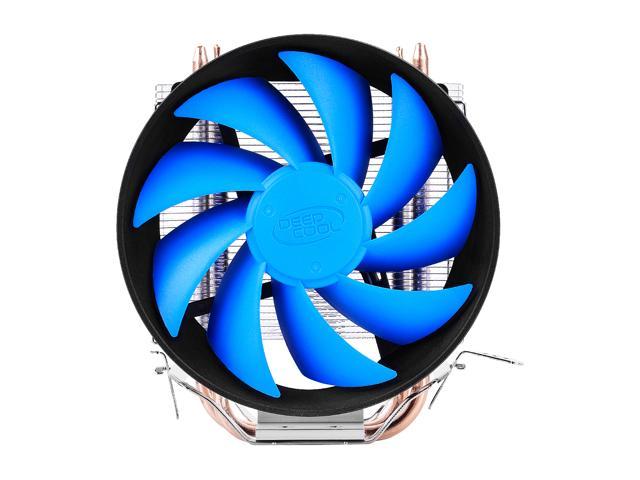 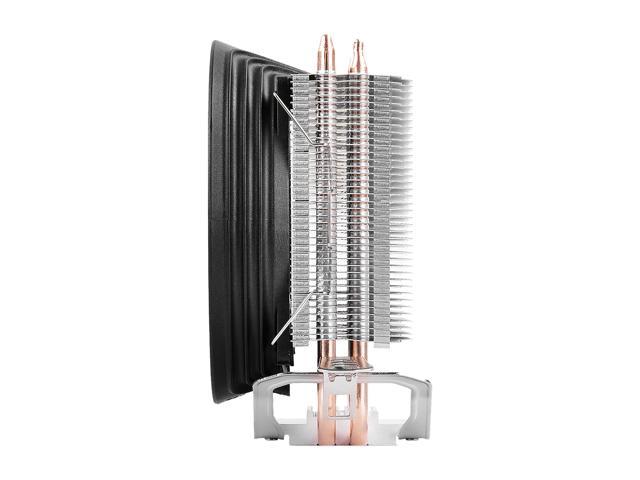 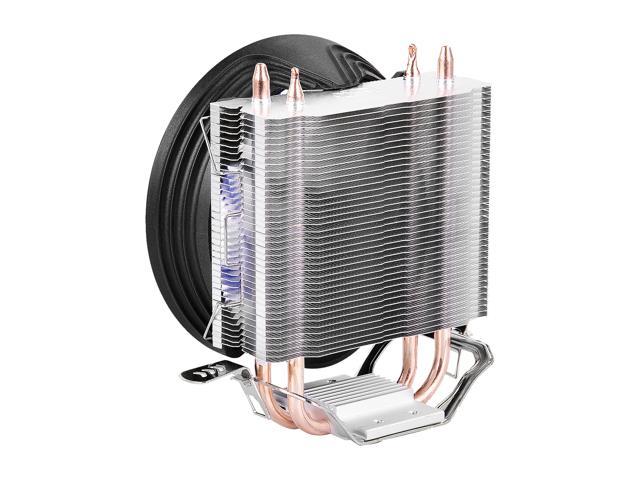 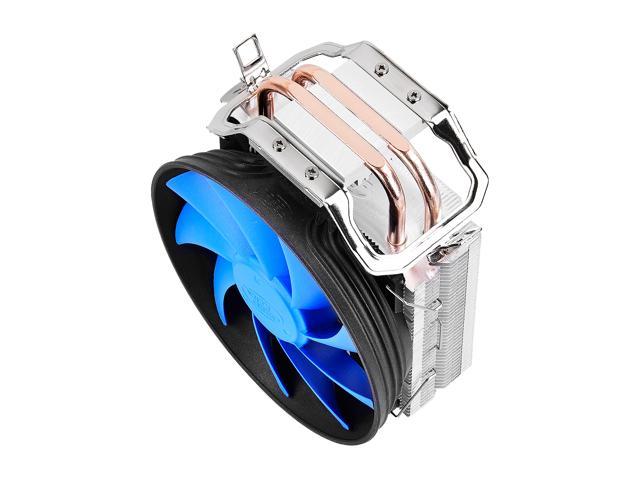 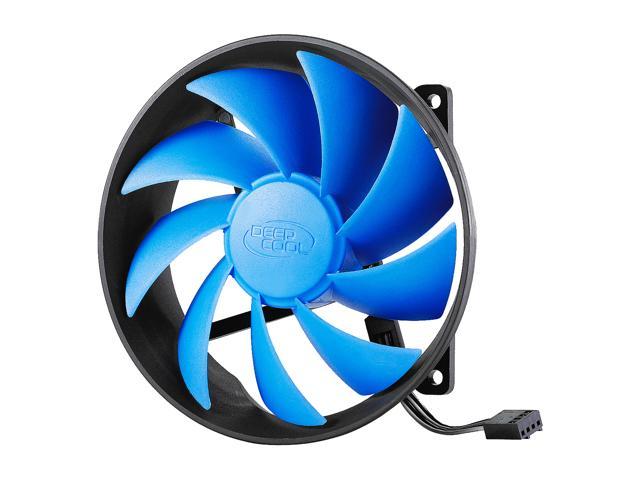 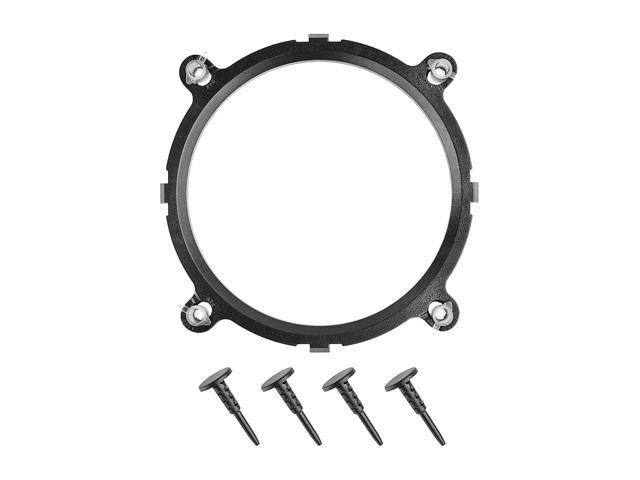 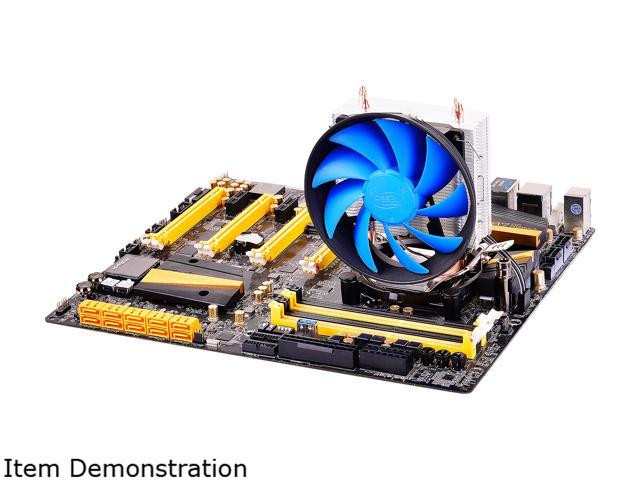 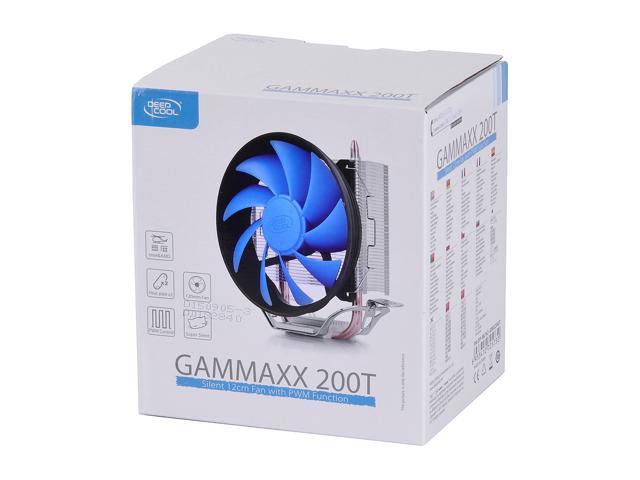 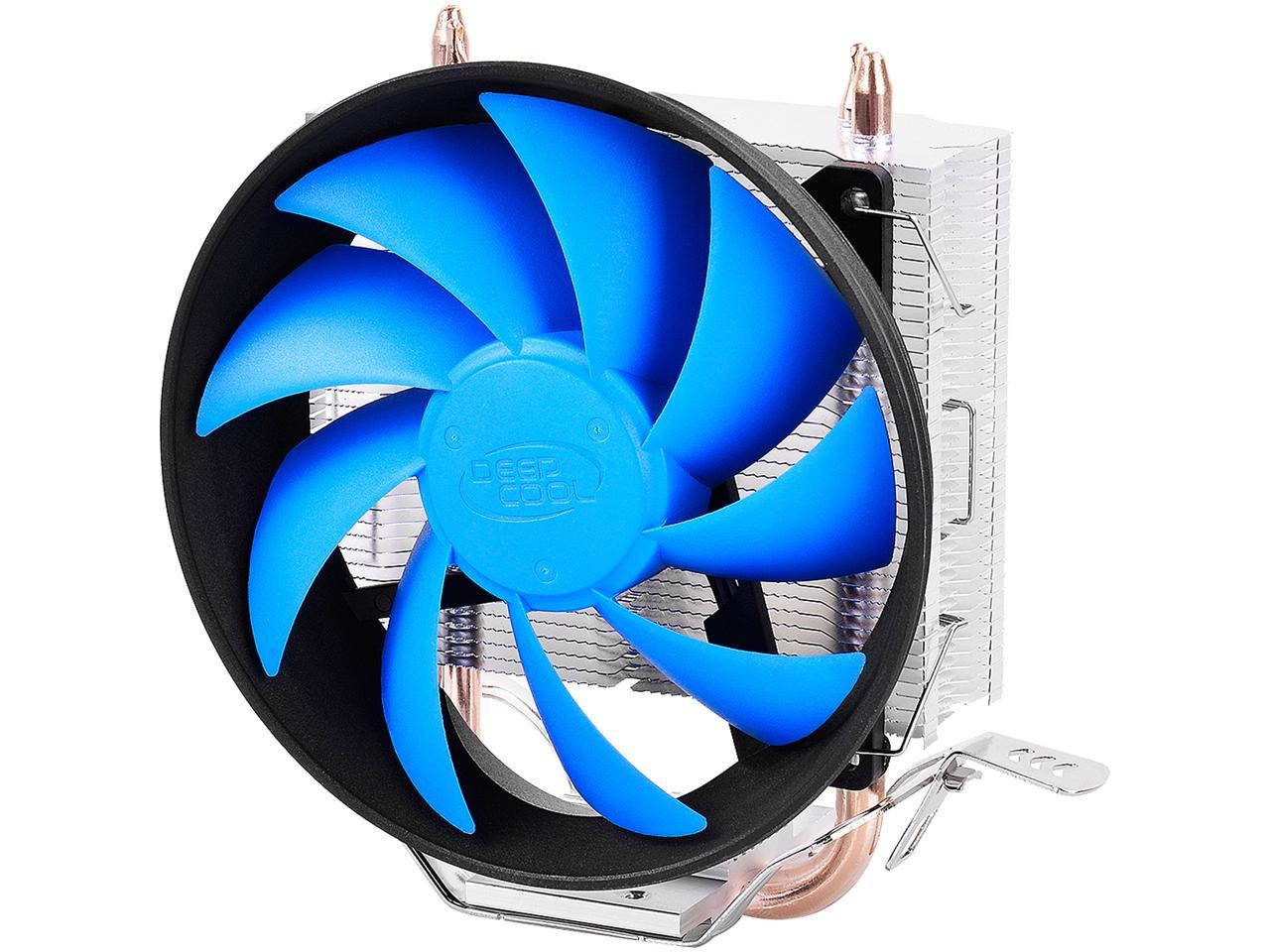 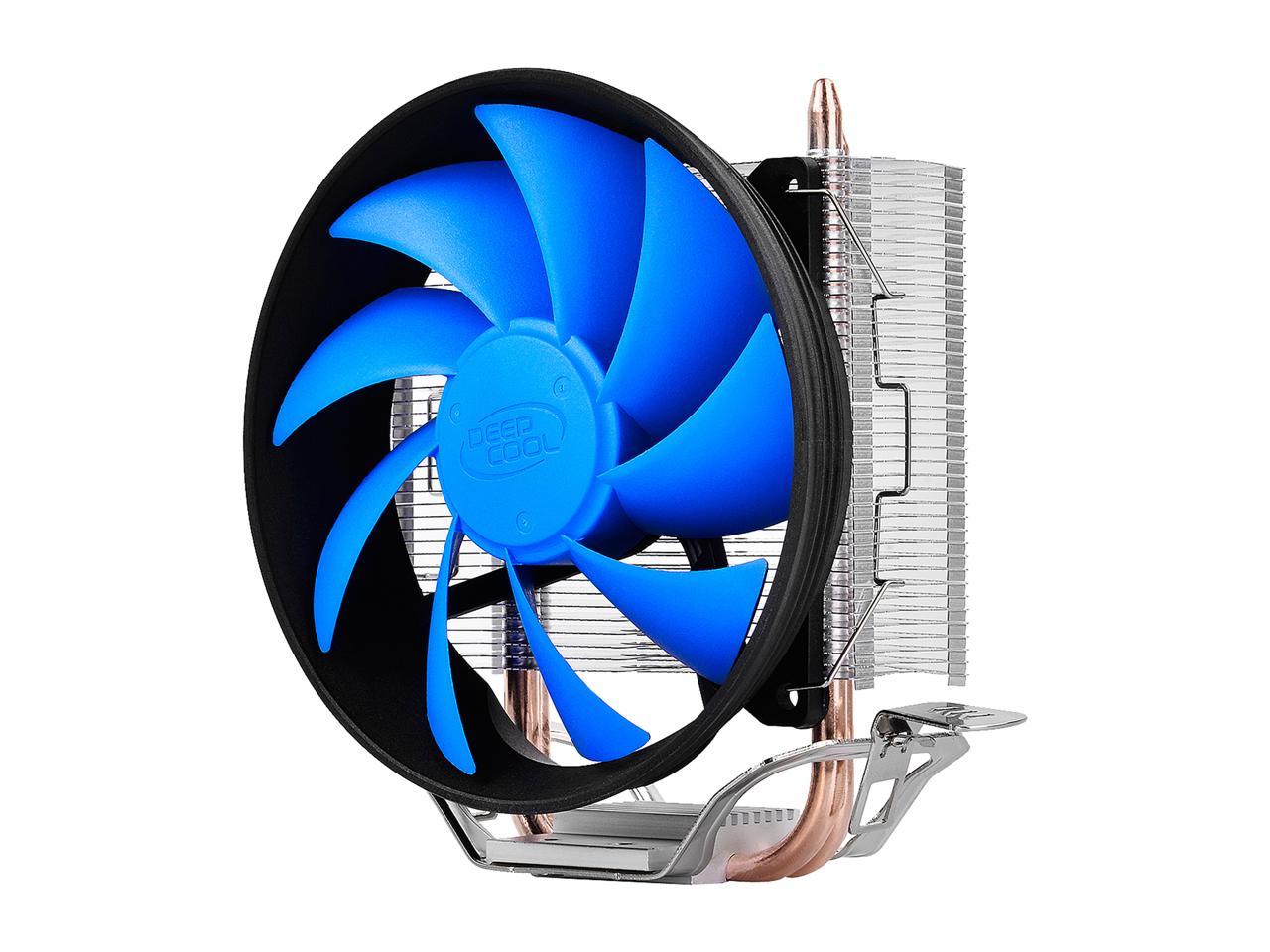 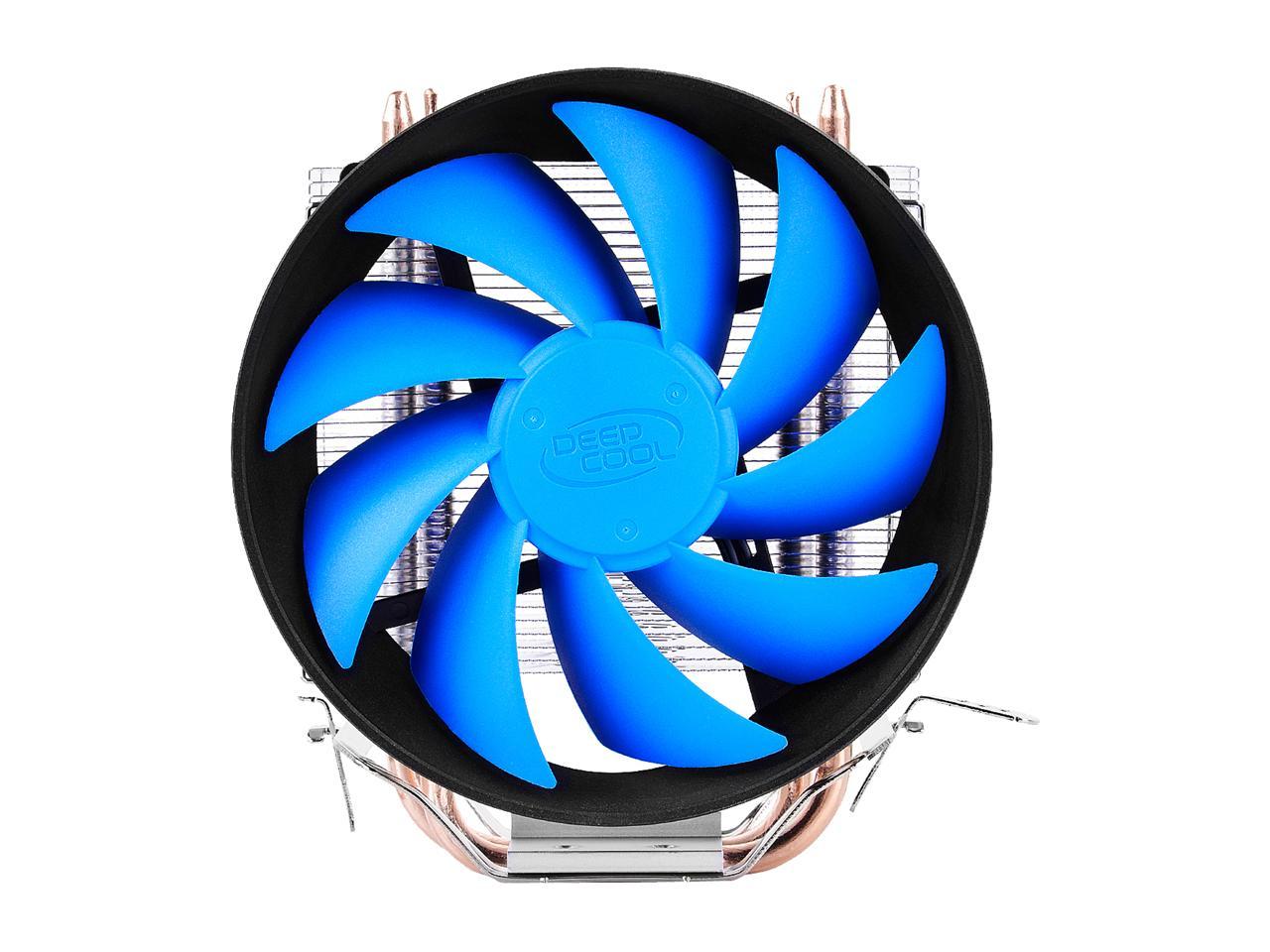 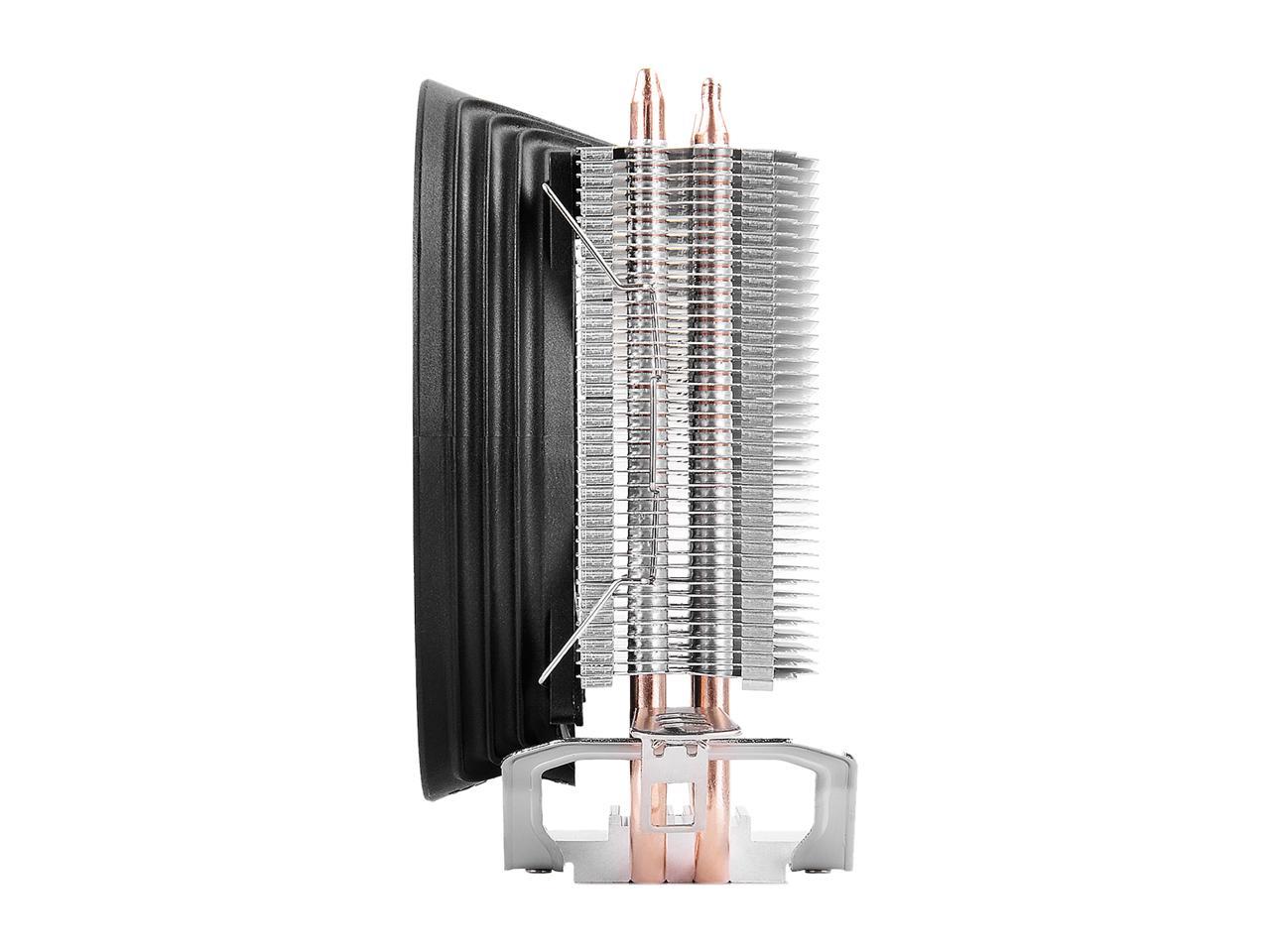 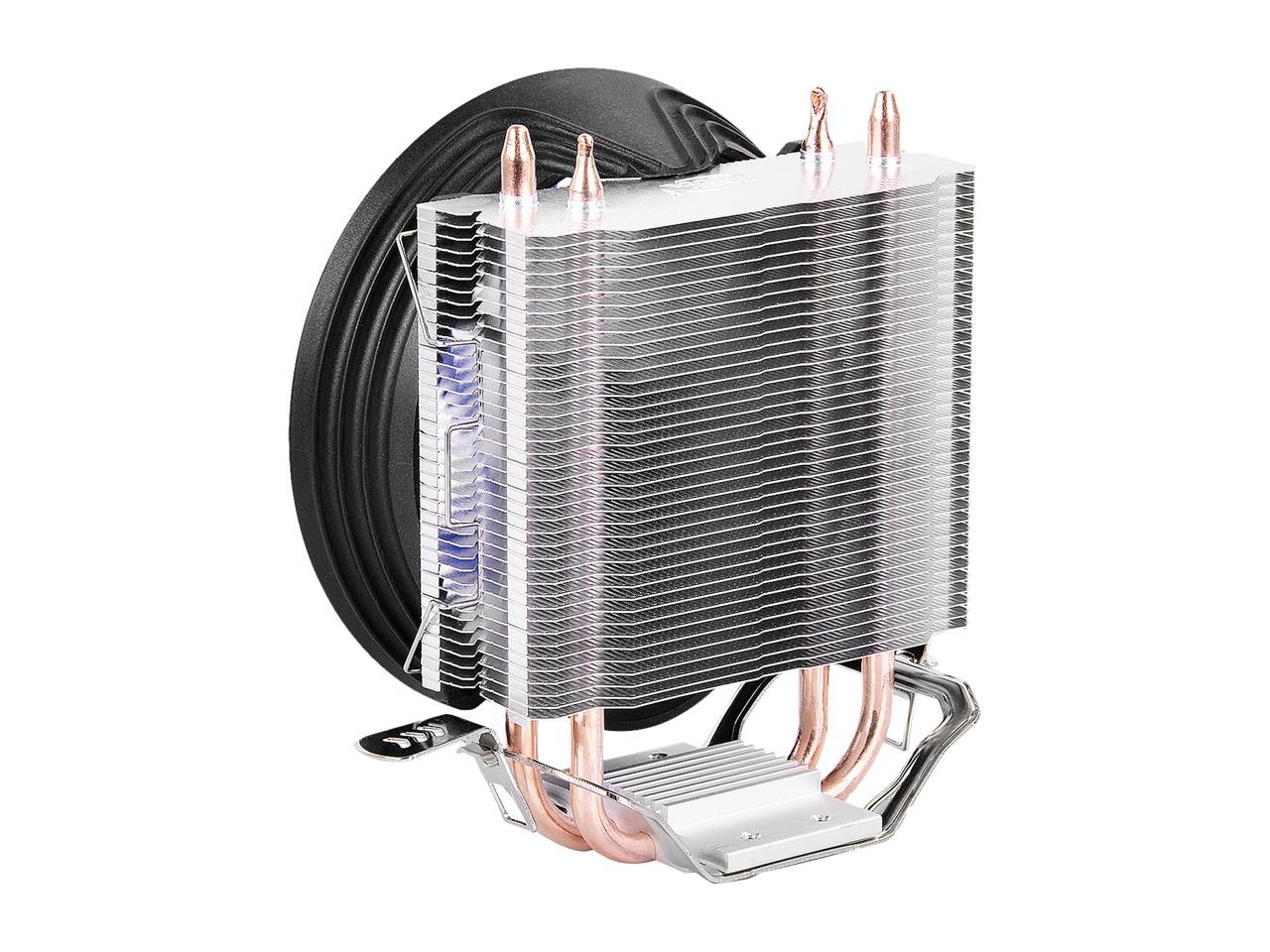 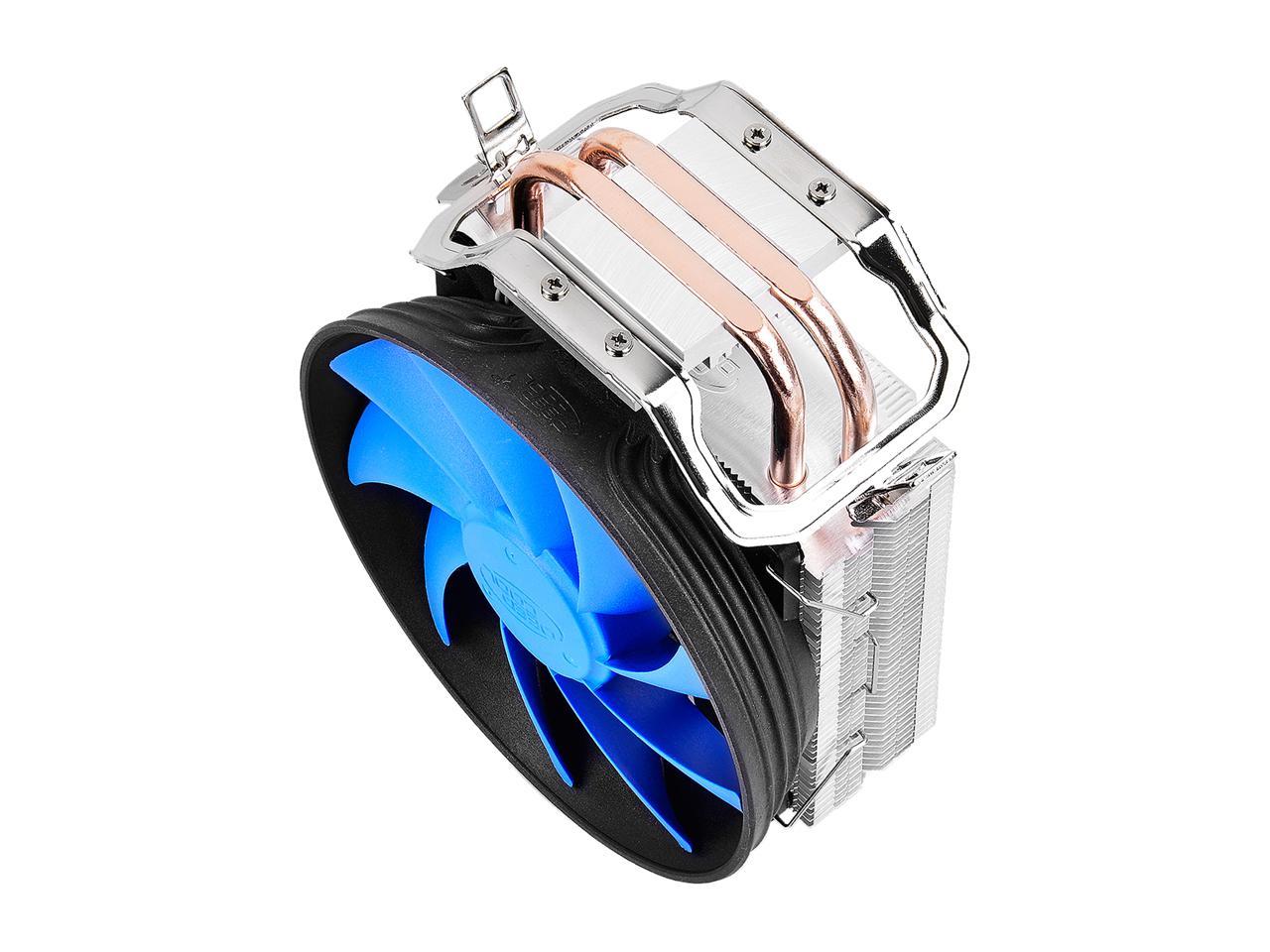 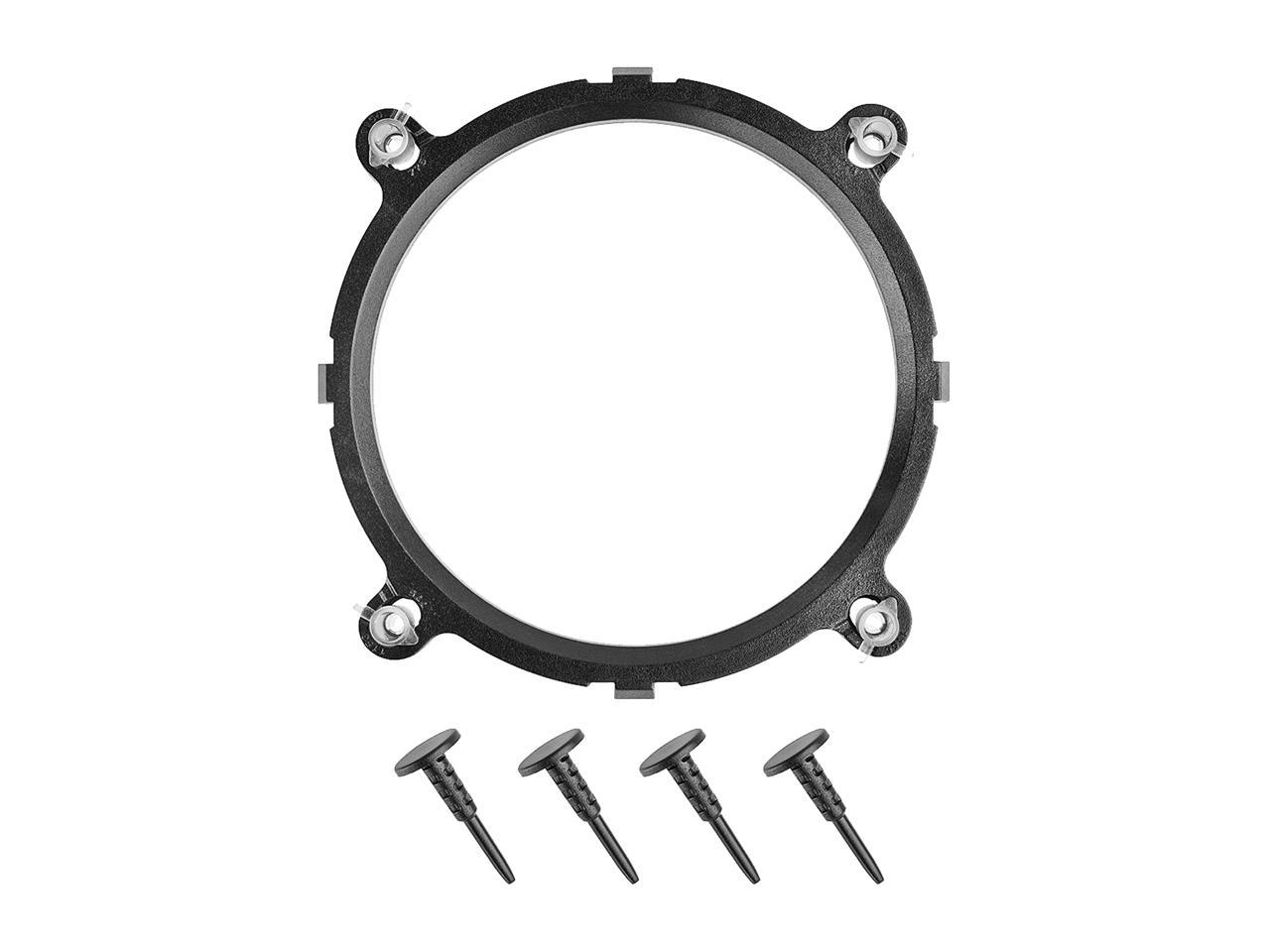 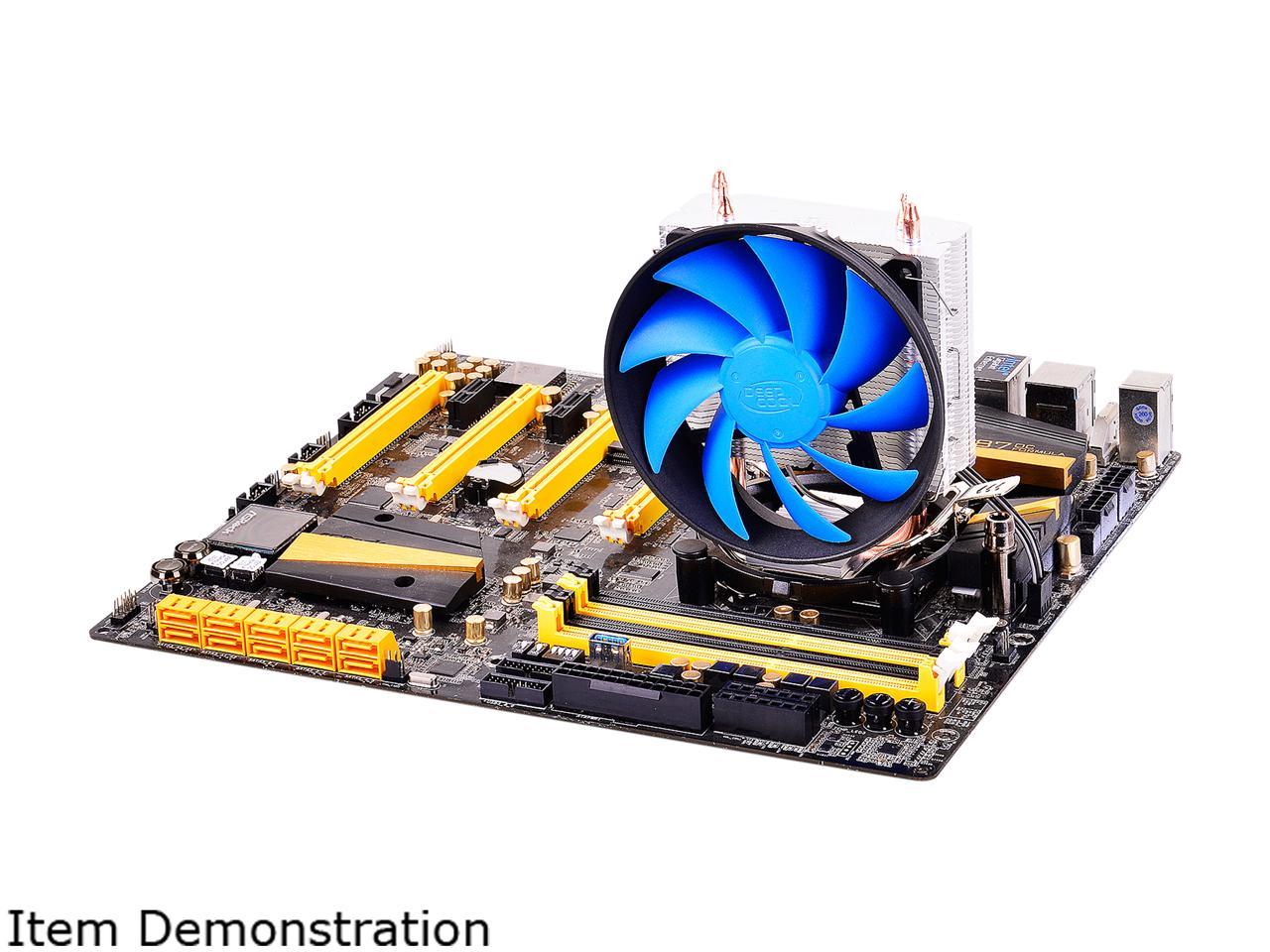 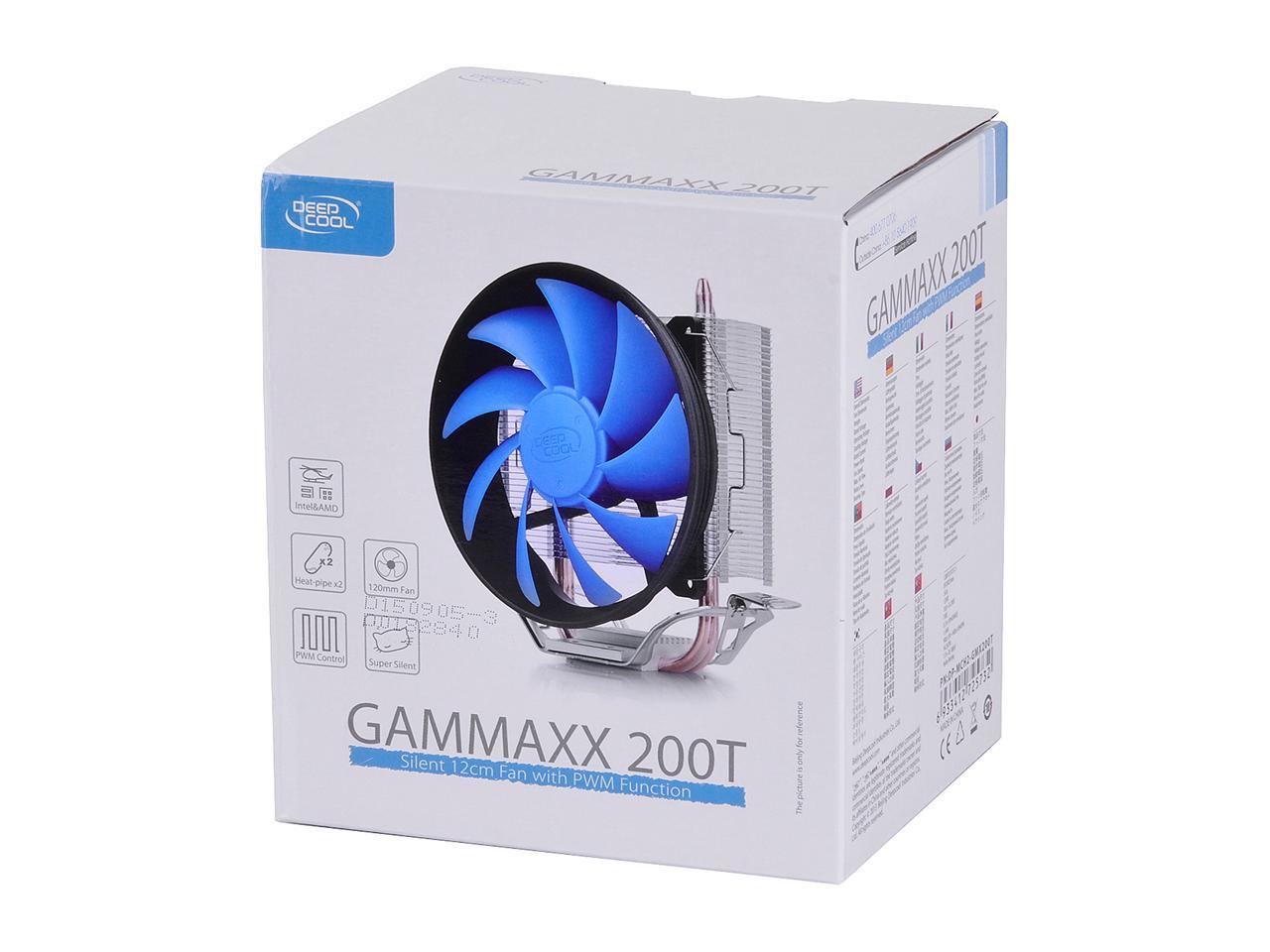 As successor to the impressive Gammaxx 200, the DEEPCOOL Gammaxx 200T CPU Cooler delivers high cooling performance up to 100W. All wonderful things come from collaboration and teamwork. The DEEPCOOL Gammaxx 200T CPU Cooler is no exception. It features a massive heatsink with fins and direct touch base and a 120 x 25mm PWM fan. All of them combine to make awesome happen and let your CPU always work at peak performance. Two U-shaped sintered powder heatpipes pass through the fins and base to effectively expel heat away. For improved heat conduction, the two heatpipes employ Core Touch technology to contact the CPU surface directly. A 120 x 25mm PWM fan is included. PWM signals from the motherboard will control the fan speed to strike the perfect balance between cooling performance and noise level. DEEPCOOL GAMMAXX 200T CPU Cooler is constructed for easy installation. No need to move the motherboard.

Pros: no requirement to remove mobo and mount a bracket under the board. Simple push pins into the 4 holes already in the board to mount the ring bracket and then the AMD style clamp down on the installed ring bracket sets the very light cooler. Amazingly knocked my poorly mounted stock cooler on an 17 2600 from 75 Deg C down to 55 deg C. -wow, with 100% stress test for a few minutes going, where before it would ramp right up to past 70 deg C under the 100% test.

Cons: The fan is not a stock square 120mm fan making replacement a problem. The fan gets going pretty good and is somewhat loud when cooling a CPU running over 50%. At idle I dont really hear it over the other case fans. The stock optiplex 990 fan was actually louder than this one however and was really obnoxious.

Overall Review: I would highly recommend this unit as while only having 2 copper pipes the finish on the bottom was extremely smooth and it worked very well at knocking the heat down to safe levels. The mounting was much easier than the cooler master t2 and the t2 with its 90mm fan instead of this ones 120mm fan did not cool my i5 2500 near as well (it runs about just shy of 70 deg at 100%, instead of this one cooling my i7 2600 at 100% to 53 deg (big difference although more noisy).

Cons: Can not replace fan with aftermarket or when fails.

Overall Review: Daughters I5-2400 stock fan was starting to see its last days making the grinding noise and temps starting to rise. I put this with arctic 5 paste and what a major difference. Low 30's idle and she does some gaming and have not noticed going above 55C.

Cons: not really a con but something to point out, the fan came upside down and would not fit on the mounting hardware they provided without me flipping the fan right side up.

Pros: This unit is perfect: It does not interfere with any other components around it, I have enough room for the memory. enough room for North Bridge, enough room for the fan to run without being blocked. It has 2 pipes coming up from the base on each side. After the system has been running for 4 hours I shut it down and felt the base of the unit - it was barely warm. North Bridge was a lot hotter. I am very pleased with this unit. This is the perfect size for a CPU heat sink and fan.

Overall Review: I have the model above this one it is a 400, it is nice to, but after I discovered this unit, this is the unit of my choice. The other models are over kill. This unit is perfect.

Pros: -Alot better and quieter than the stock cooler that comes with the Athlon x4 860k. OCed to 4.2ghz and there was barely any difference in temps -Pre-applied paste(I used Arctic Silver 5 because I made a mistake on the first install attempt) -Fits in Rosewill FBM-01 mini tower -Low price

Cons: -Difficult install -Had to unscrew my brackets enough that it would let me connect the cooler

Cons: A little more than I would expect to pay, even on sale.<br><br>Very Sharp Heatsink. Be Careful with this one Installing. Don't count on Rebates through Newegg/Manufacturer, since I rarely see them show.

Overall Review: IF you can get for $15 or less, it fits the bill.

Pros: Huge improvement over the stock cooler on a X4 860K. CPU temps never went over 56 C while running prime95. CPU idles at a cool 31 C Fits nice and snug on a FM2+ motherboard. Not too tall. Fit nicely in the DIYPC P28-R micro-atx mid tower case i used for the build. Quiet. The case fans make more noise than this thing.

Cons: It wasn't free and didn't install itself.

1 out of 1 people found this review helpful. Did you?
Anonymous
Ownership: 1 day to 1 week
Verified Owner
Decent cooler but may be underpowered for higher TDP builds.1/16/2016 10:10:25 AM

Cons: - Clips are a little tricky to line up but not too bad