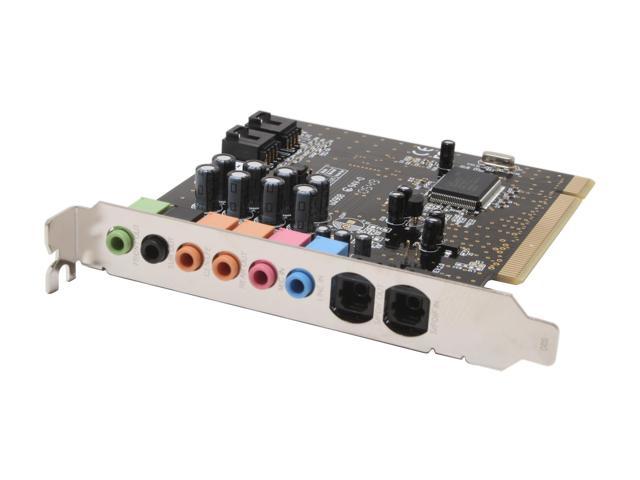 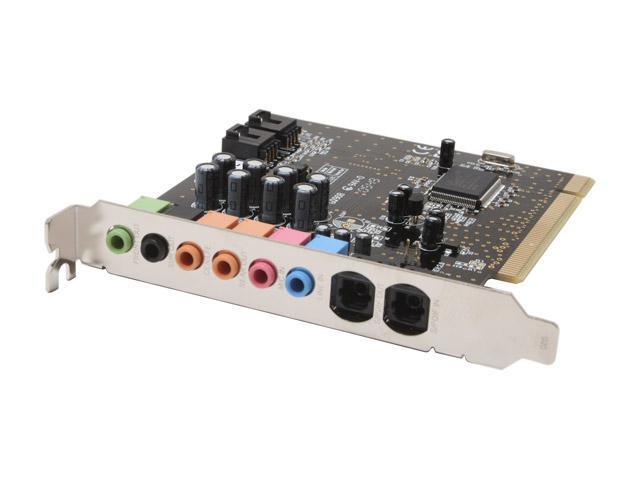 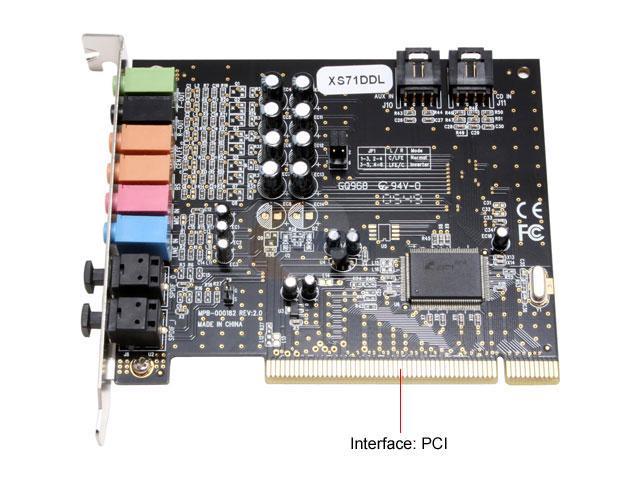 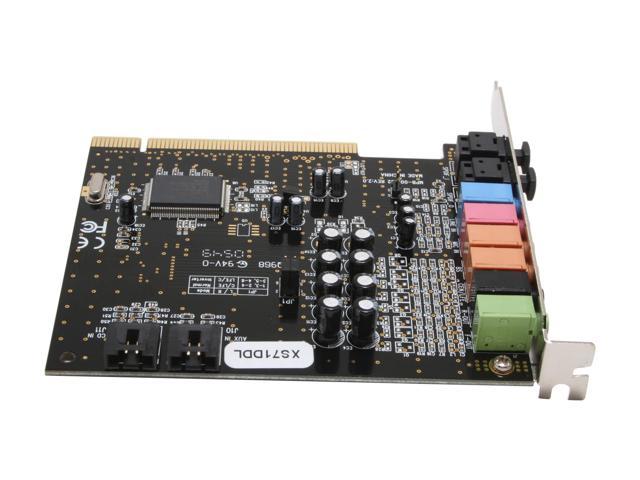 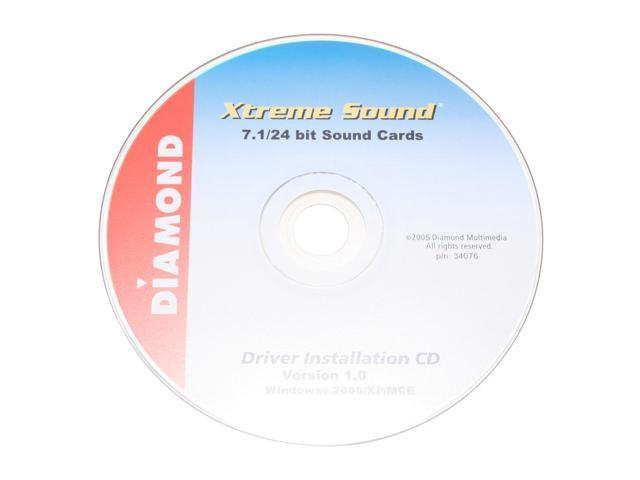 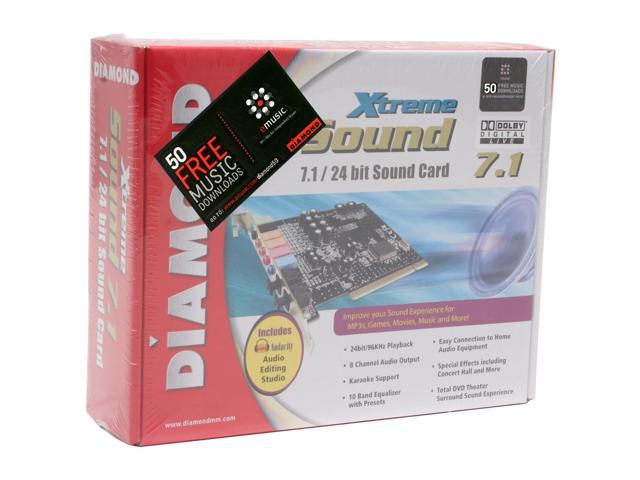 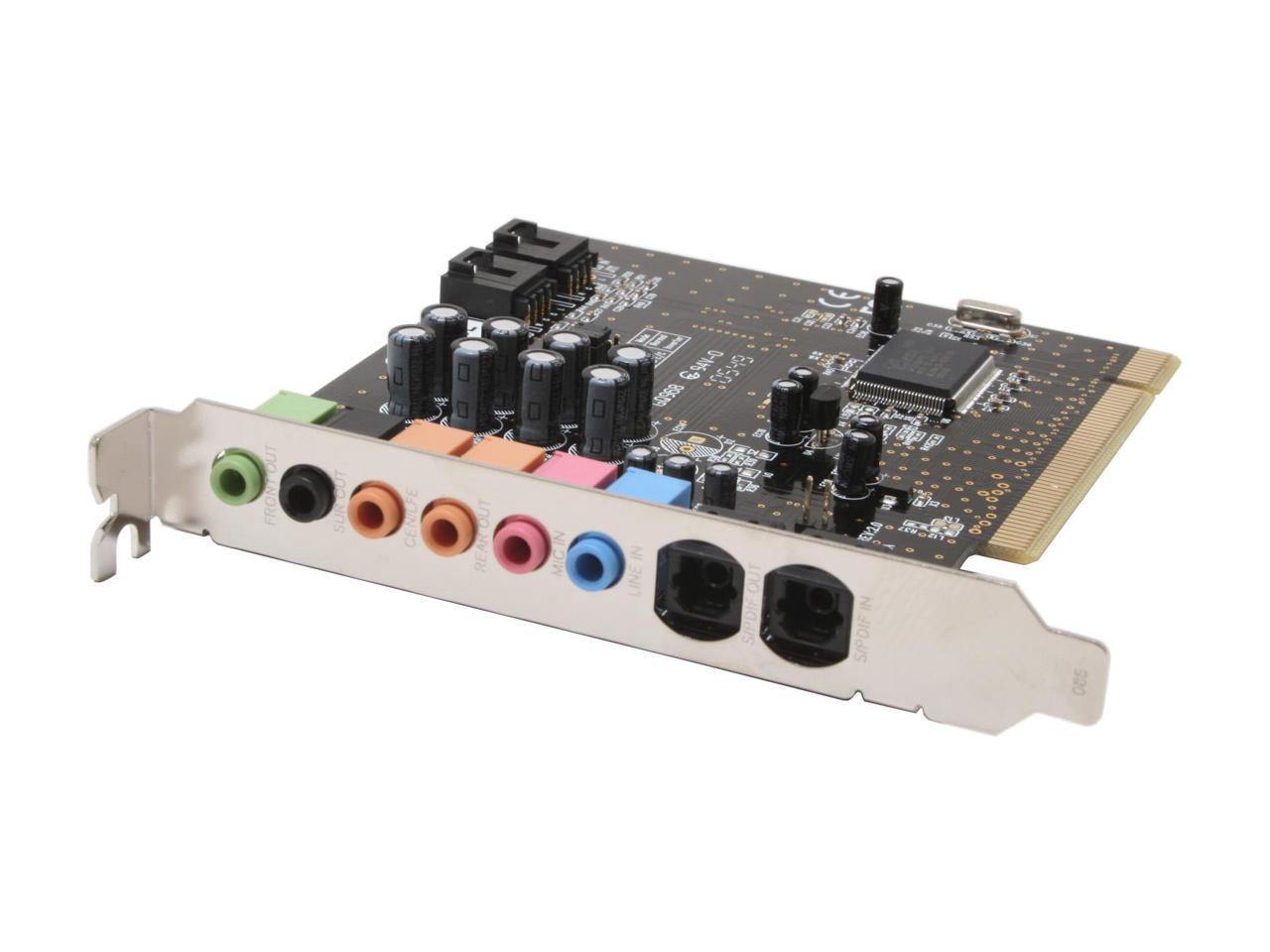 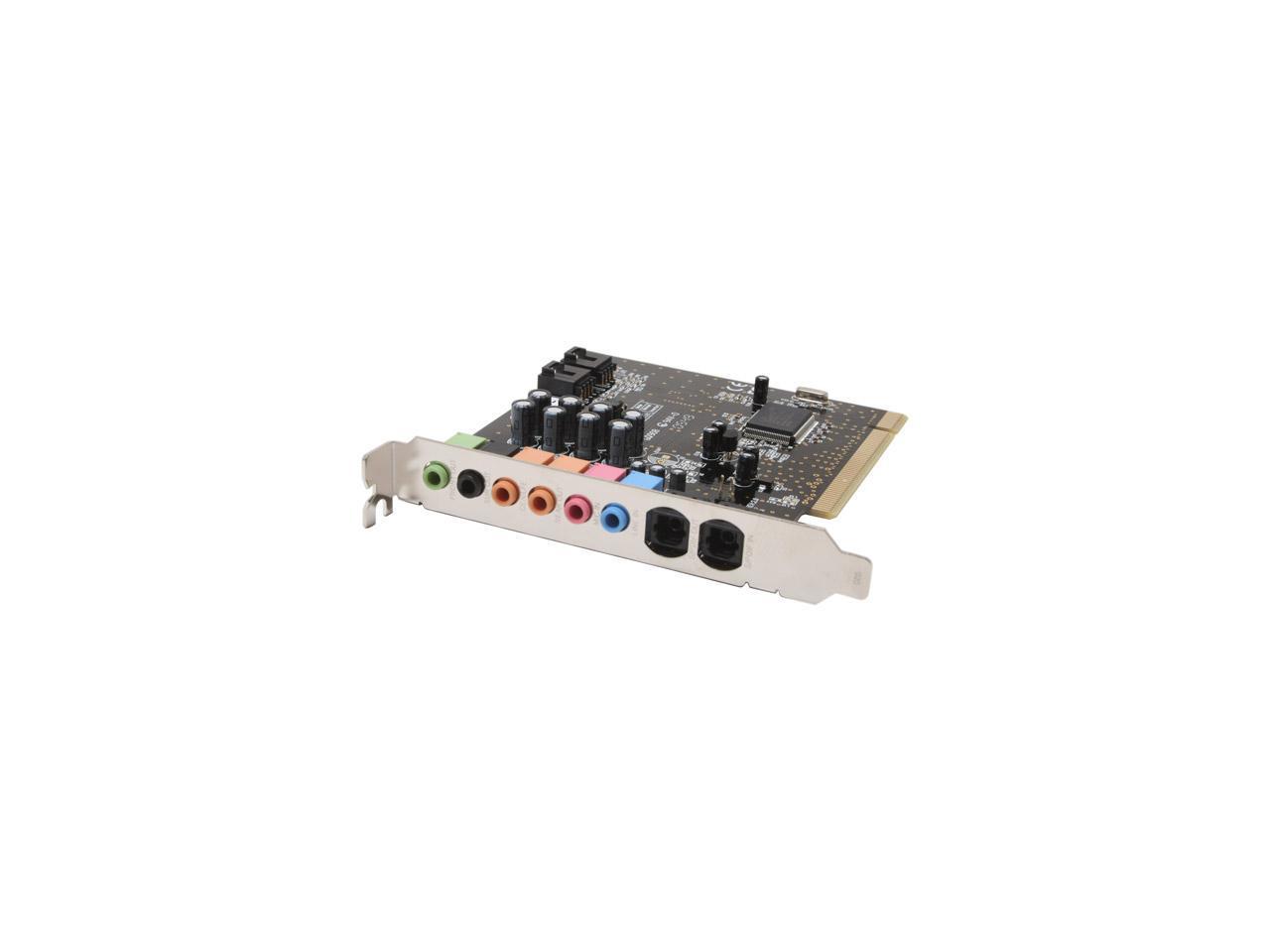 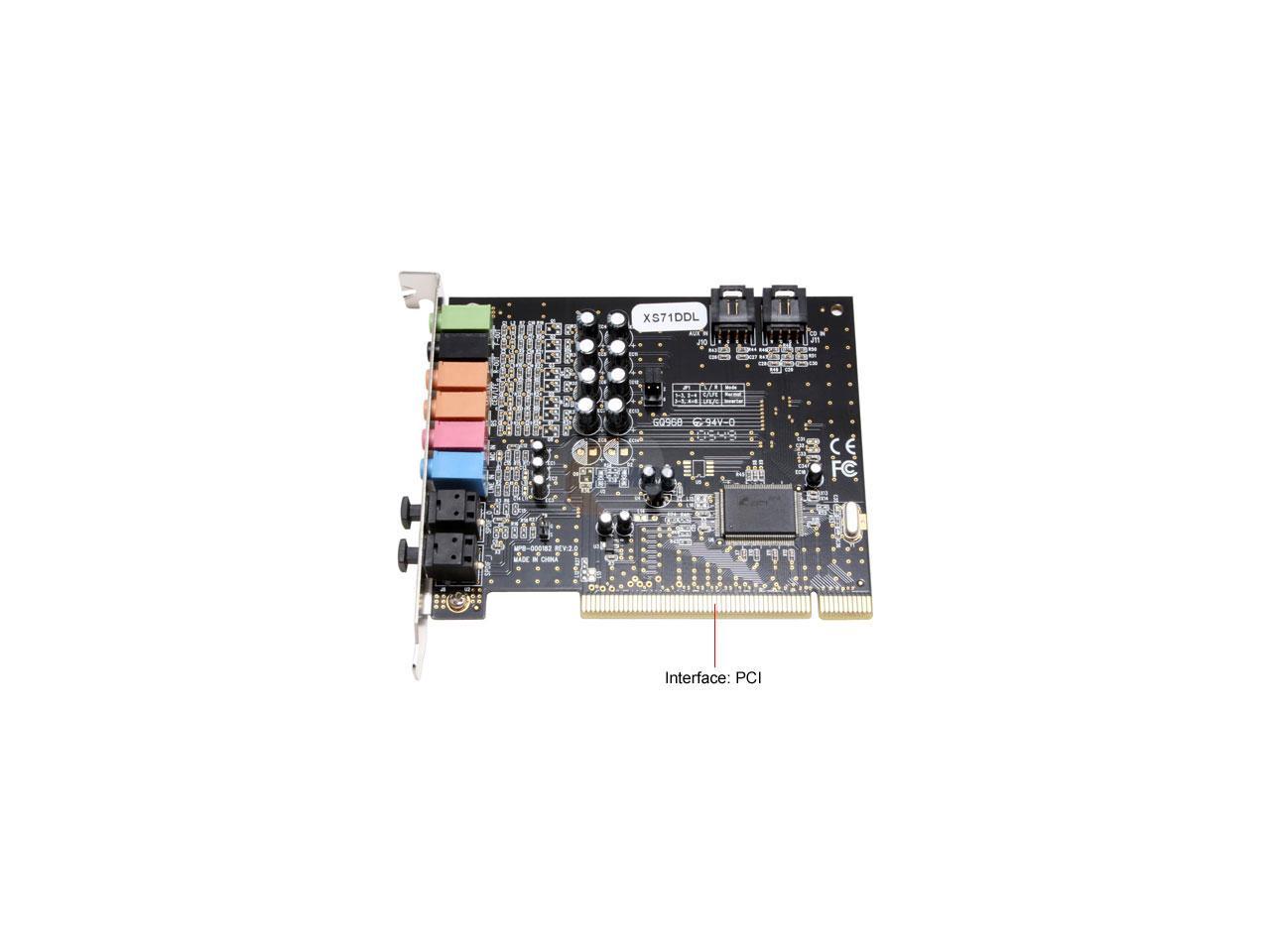 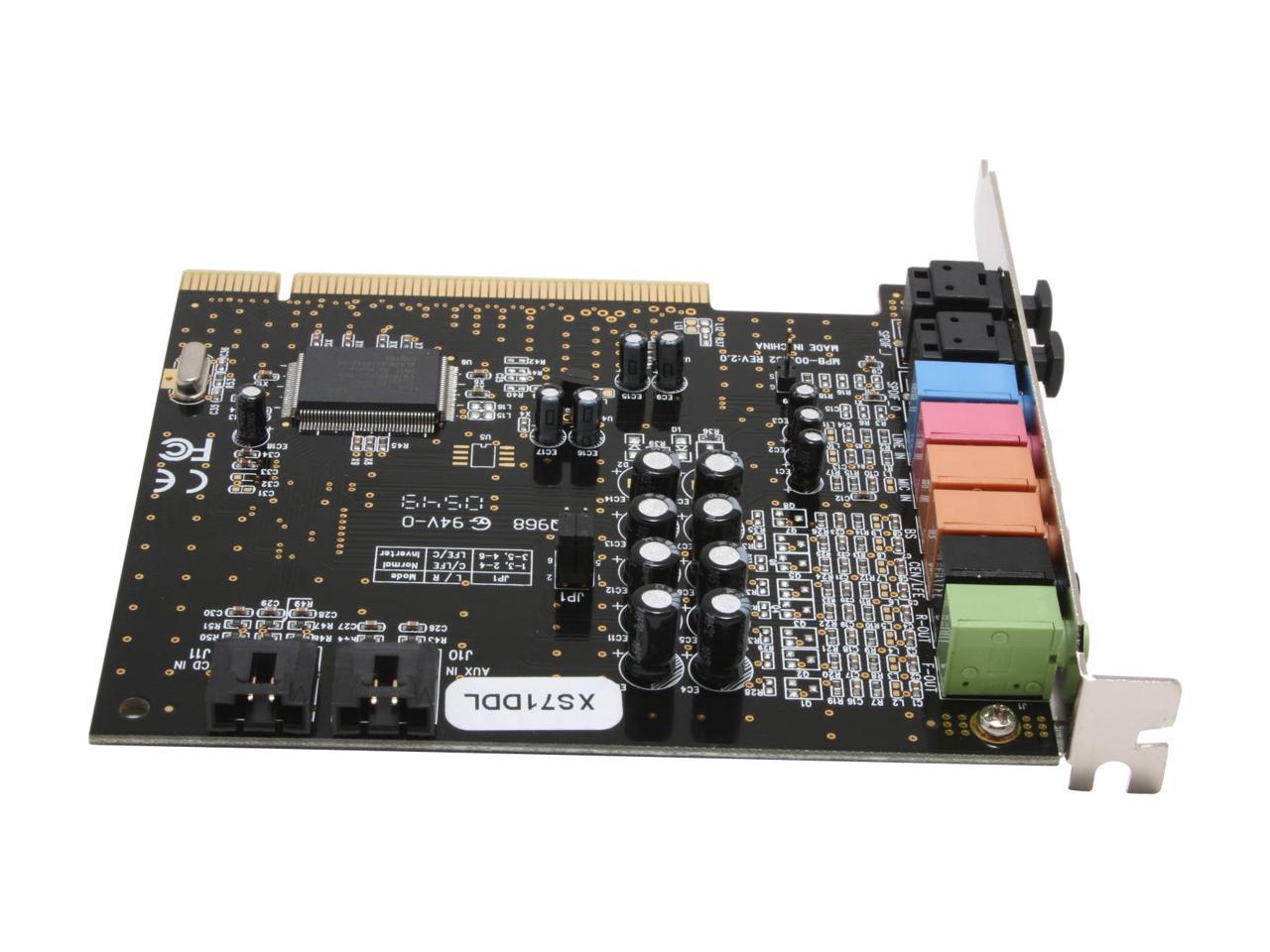 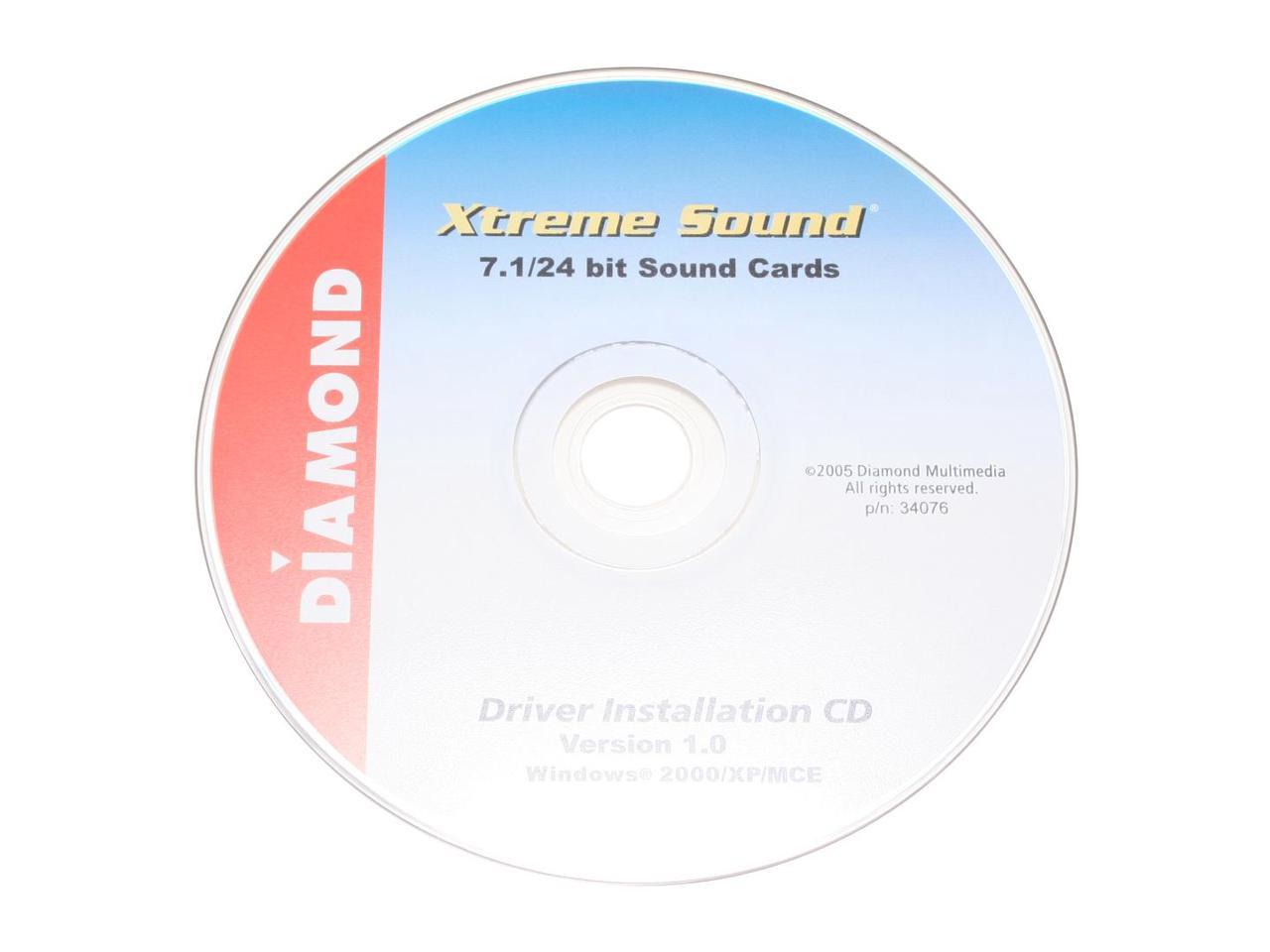 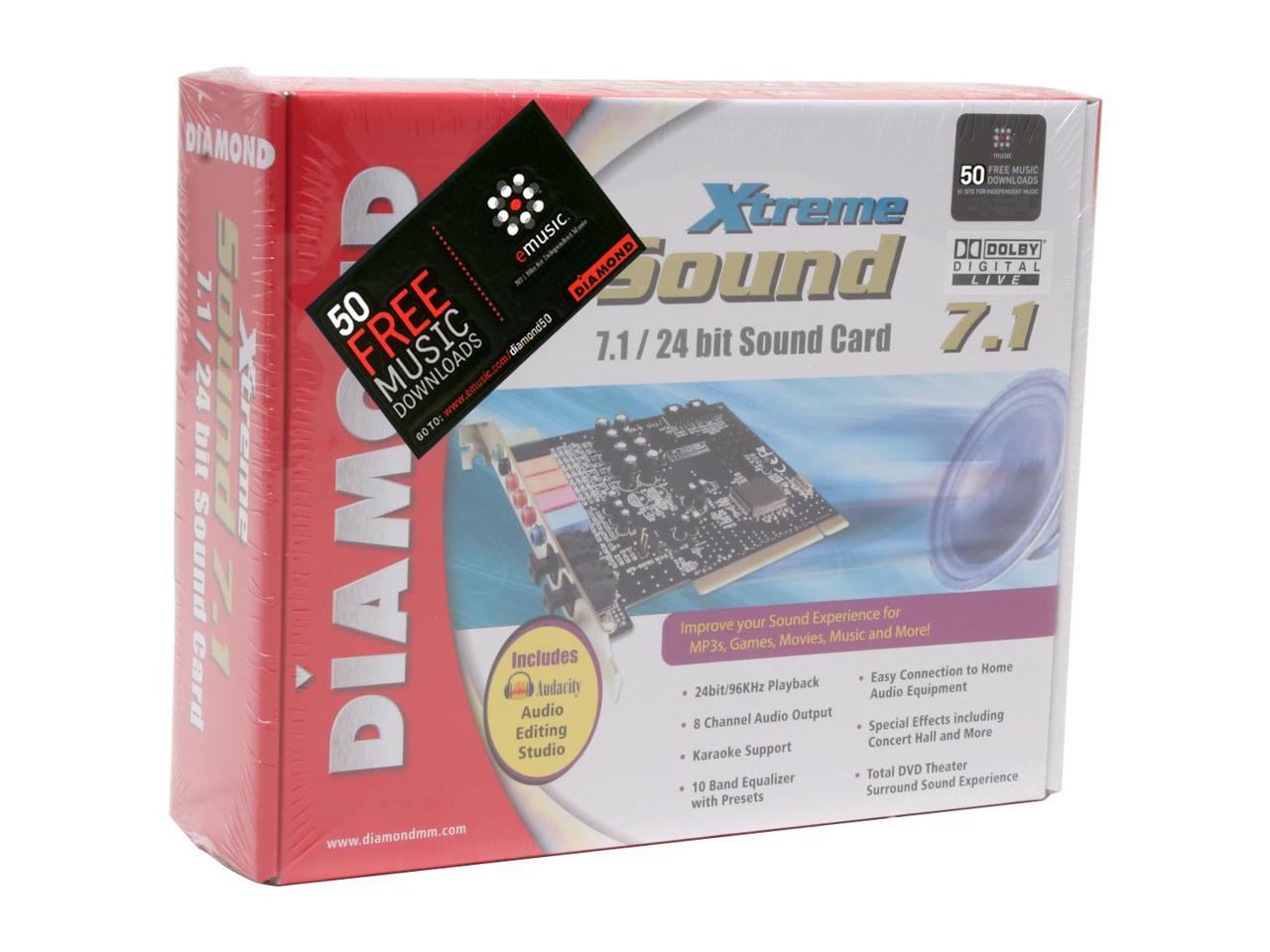 (92) Write a Review
OUT OF STOCK.
Specs
Reviews

Cons: None what so ever. I guesse if I have to find something wrong, the only mentionable thing is lack of support for current versions of EAX. Creat ive won't license EAX to competitors, so it is not anything that could even be different - and Crea tive doesn't do Dolby Digital Live, so this product is superior even though they can't have the newest EAX.

Overall Review: I recently purchased some Z5500 speakers and I found the analogue 5.1 to be lacking with my much more expensive, supposedly top of the line, sound card. I read the other reviews on this card and decided to give it a try. I followed the advice of the others and just grabbed the C-Media drivers and didn't bother installing anything from the CD that came with this card. I plugged in an optical cable to the control unit on my Z5500's and without changing anything, it filled my Z5500 5.1's with Dolby Digital. The difference with the optical connection versus the analogue from my "old" card is night and day. I plugged my PS2 into the optical input and didn't have to give up 5.1 for the PS2. Pass through works perfectly. This card is vastly superior to my Crea tive card that I paid five times as much for because it has the features I want, namely Dolby Digital through Optical. Doom3, Fear, MP3s, DVDs, and everything else I've thrown at it is stunningly clear and crisp!

Pros: it's the lowest priced card i've seen that has dolby digital live. runs on the same chip (CMI 8768+) as some other, much more expensive DDL cards.

Pros: what a wonderful thing to have digital audio coming out of my PC finally.

Cons: Not the biggest fan of the software that comes with it. Kinda a pain. Ships with a cd that dosnt work in vista you have to download the drivers from a web site.

Pros: Vista compatible in the form of CMEDIA drivers (it has a cmedia chipset) Go here http://windrivers.com/VistaDrivers.html and scroll down to C-media and select the CMI8768+ vista driver! Oh yeah, DD/DTS decoding, Dolby Digital Live (which means your games and other non DD suround audio will be encoded to Dolby Digital before it is sent to your home theater reciever. Without this, audio that is not allready encoded as DD like games will only come out as 2.1 through a home theater), Optical output for $XX!

Cons: Ho Hum driver and software support from DIAMOND themselves

Pros: Gaming sound is significantly improved over my previous onboard sound. Sounds are much richer, I hear sounds never did before, and its generally more immersive.

Cons: Some songs (and very rarely gaming) have a loud crackling sound when heavier sounds (heavy guitar, etc) play. I was ~extremely~ disappointed to find issues where my onboard sound had none. I updated every driver appropriate, and generally fiddled with every single setting. It still crackles on a number of songs.

Overall Review: If you're looking for pure gaming goodness, this is a good card. I honestly don't know if there is better out there for the money, but I was happy with the gaming sound I got. If you're going primarily for music, go elsewhere!

Pros: this is the EXACTLY the same card as the much more expensive voyetra "montego."

Pros: Fantistic sound thru optical out. Used it first with my Z-680's now with my stereo. Supports Win7 64 bit with Vista 64bit drivers. Went from XP to Vista 32bit now Win7 64 bit,they all sounded great. I'm using C-media's generic 8768 Win7 RC drivers and can't be happier . CMI8768 BETA driver for Windows 7 just search for it. So yes it does support win7 in a round about way.

Cons: No front panel out,but I knew that when I bought it. Average users might get confused on how to get App's to use this card if they had another card or onboard sound enabled befor using this card.

Overall Review: I've used the big C's card befor this one and it's no compairson,the sound is so much better,cleaner and crisper with this card. I have installed this card on 4 other's PC,s using optical out to their stereos. They agree music and dvd's sound so much better. I even game with it and Boderlands sounds great as do all the other newer games,I dont miss eax that much thru my stereo and 5.1 speaker system.

Cons: No 64 Bit XP drivers yet

Overall Review: I bought this card after extensive poking around to find a card that would pass thru my AC3 encodes. Stumbling across the cards with DDL was a great find, coming across this card, the cheapest of the lot at $xx was a better find. If you want a good card for yout HTPC, get this one....