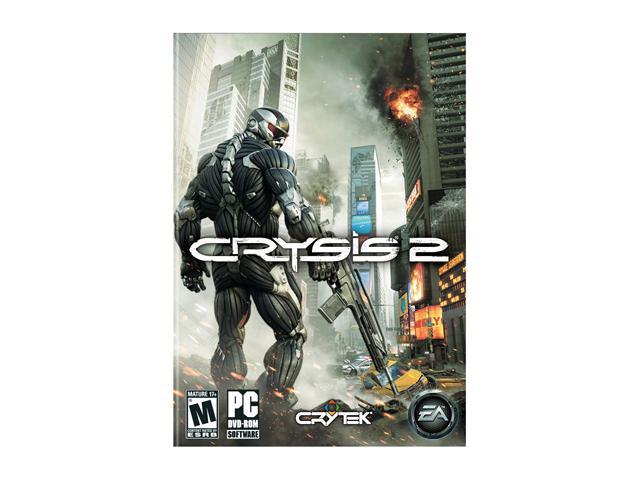 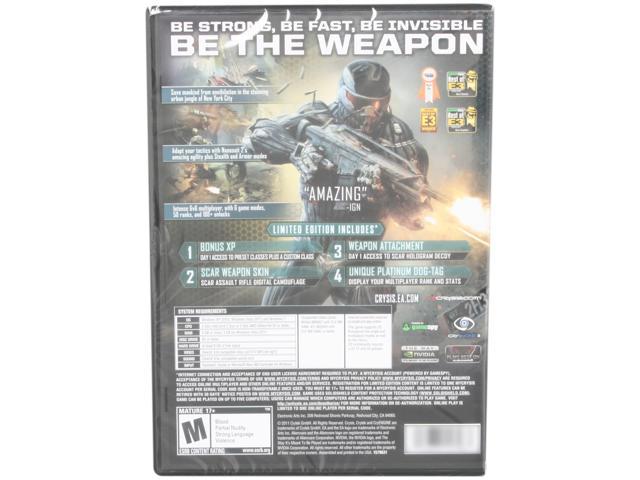 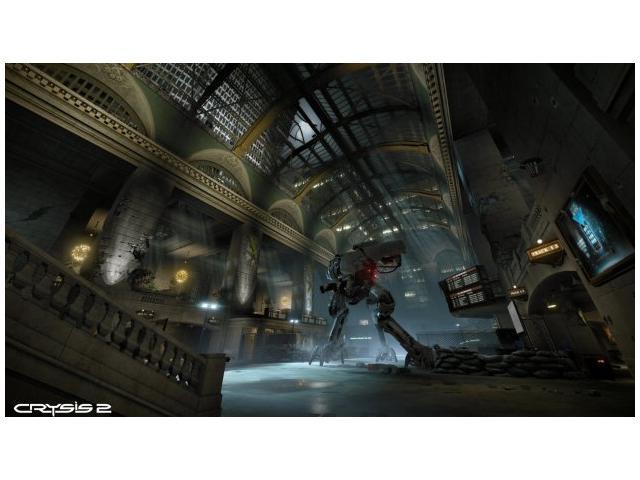 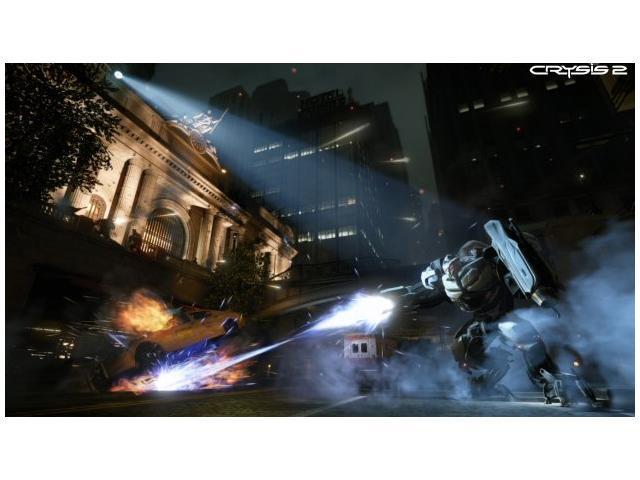 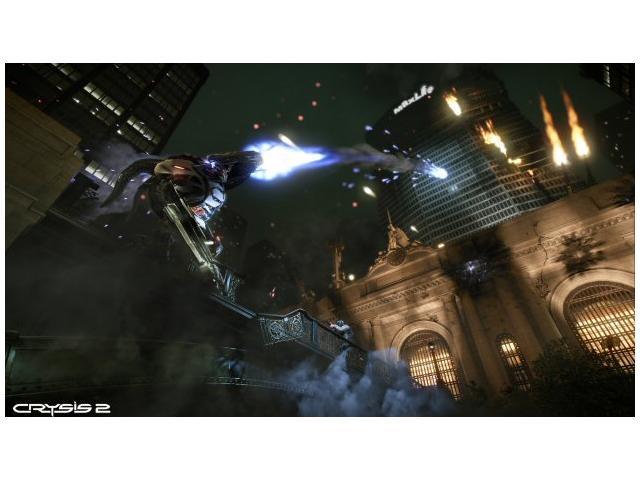 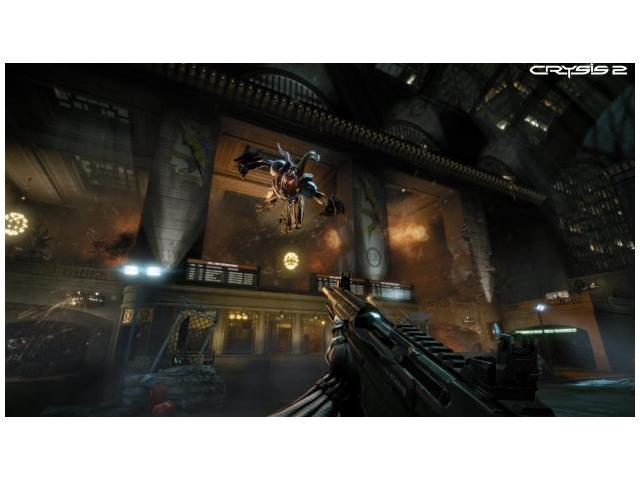 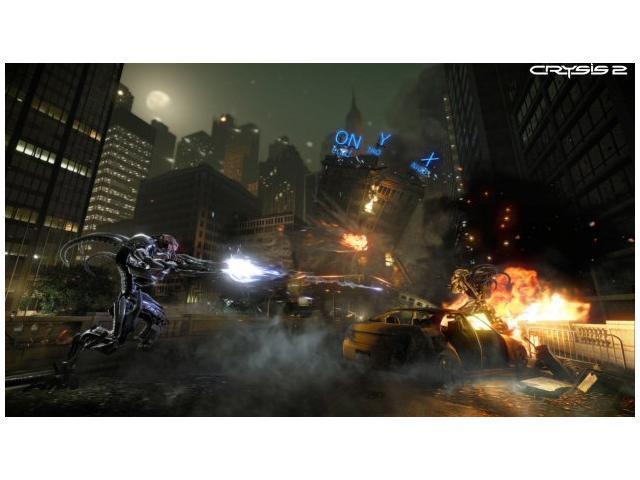 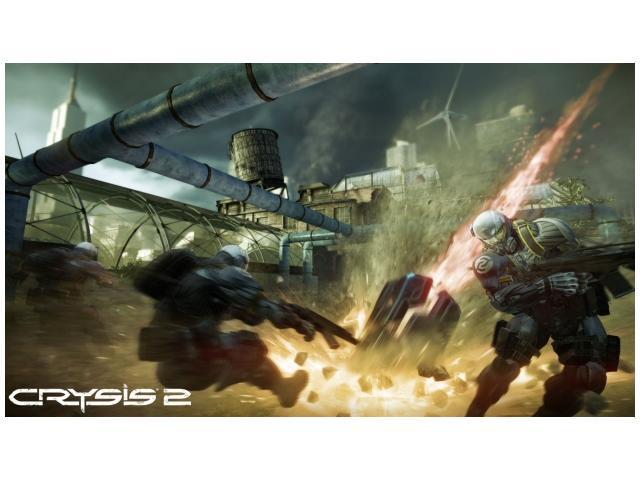 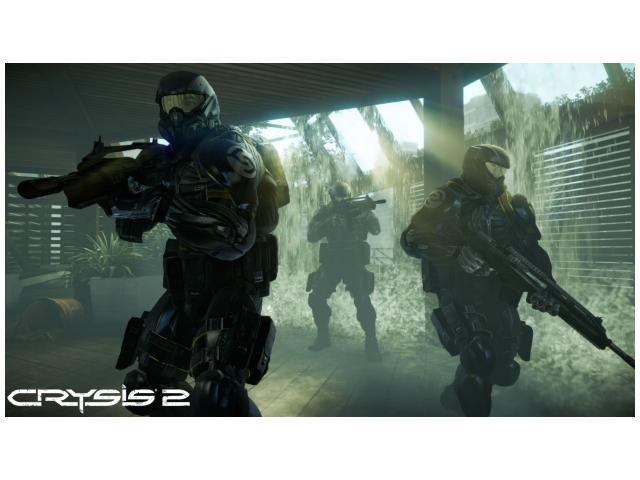 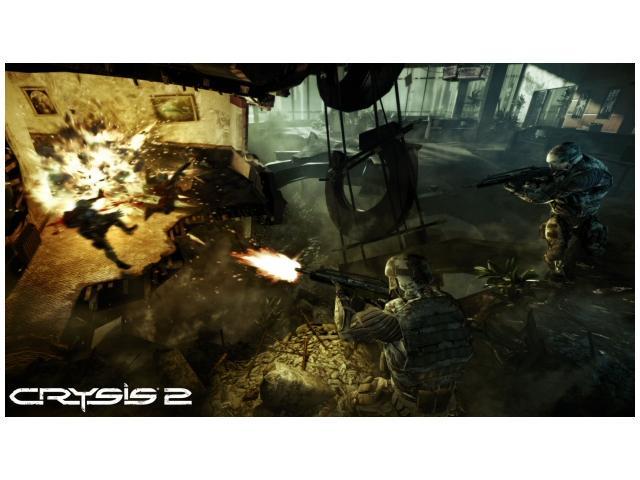 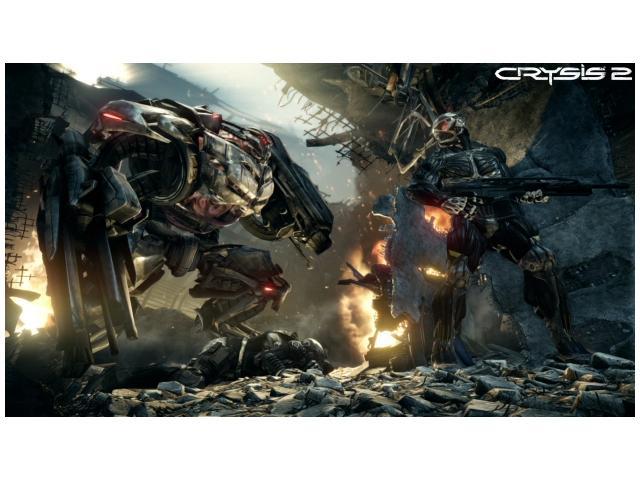 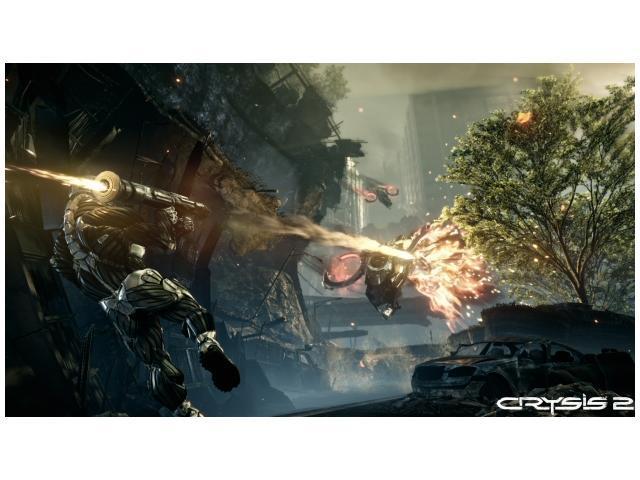 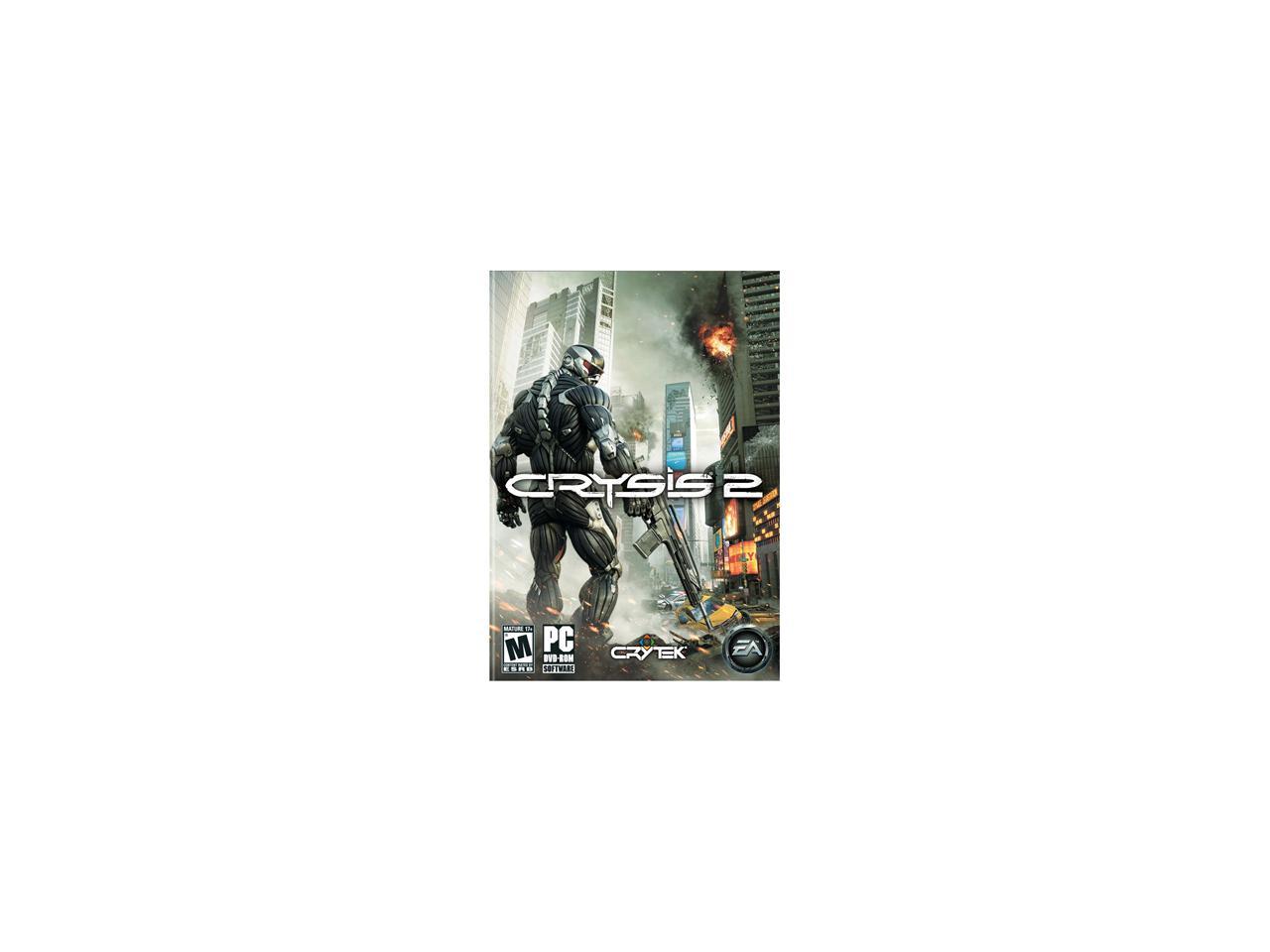 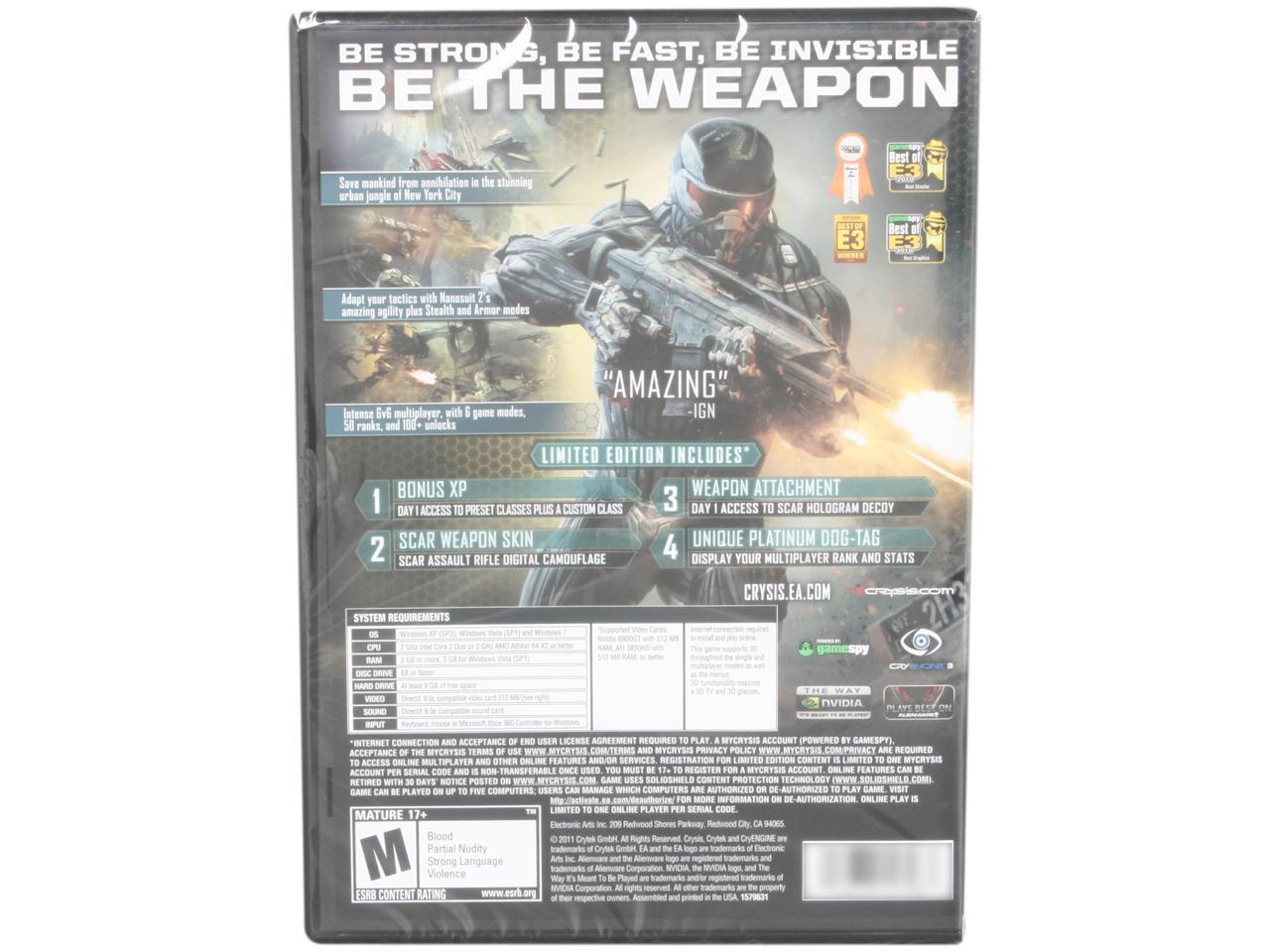 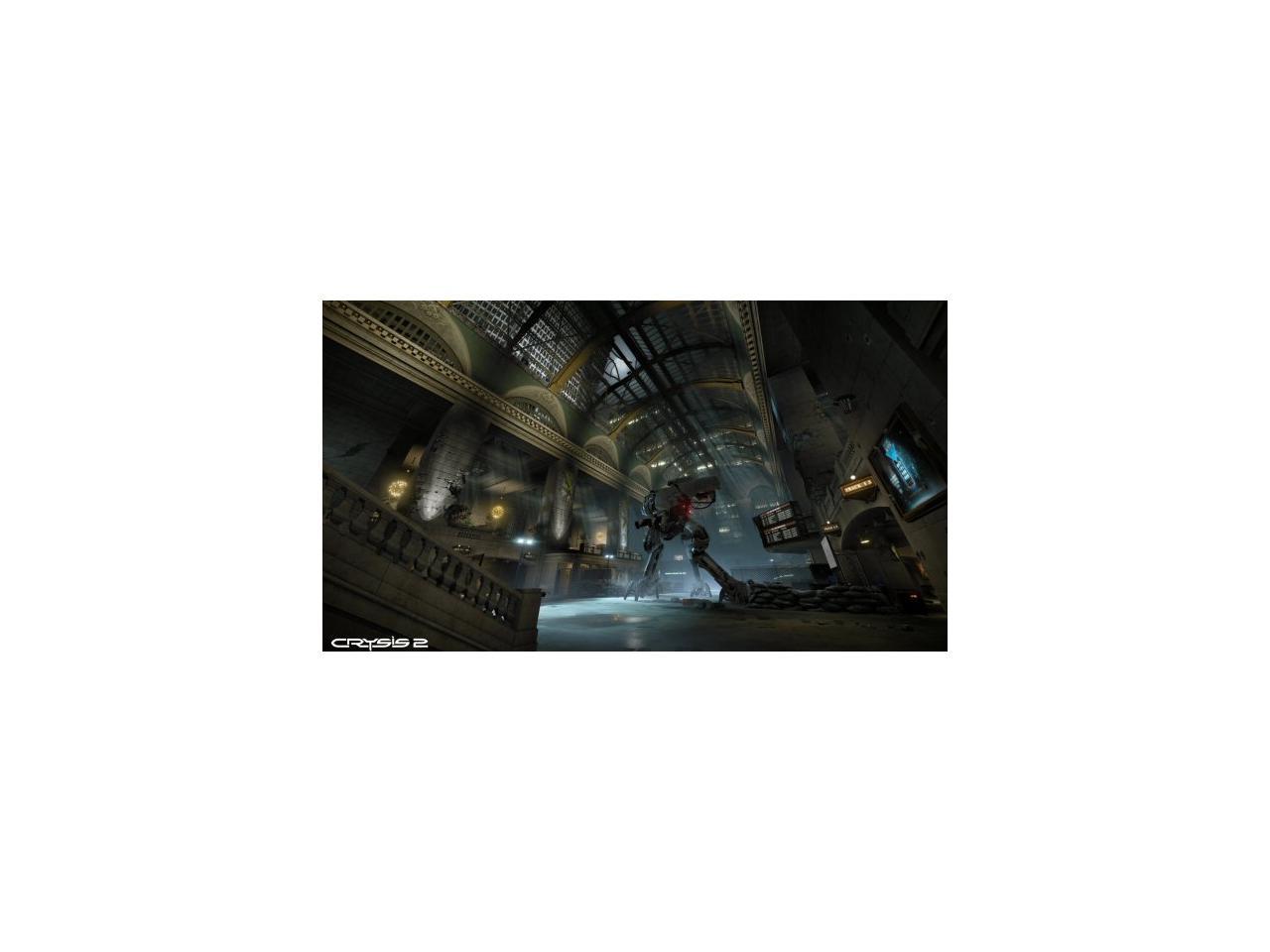 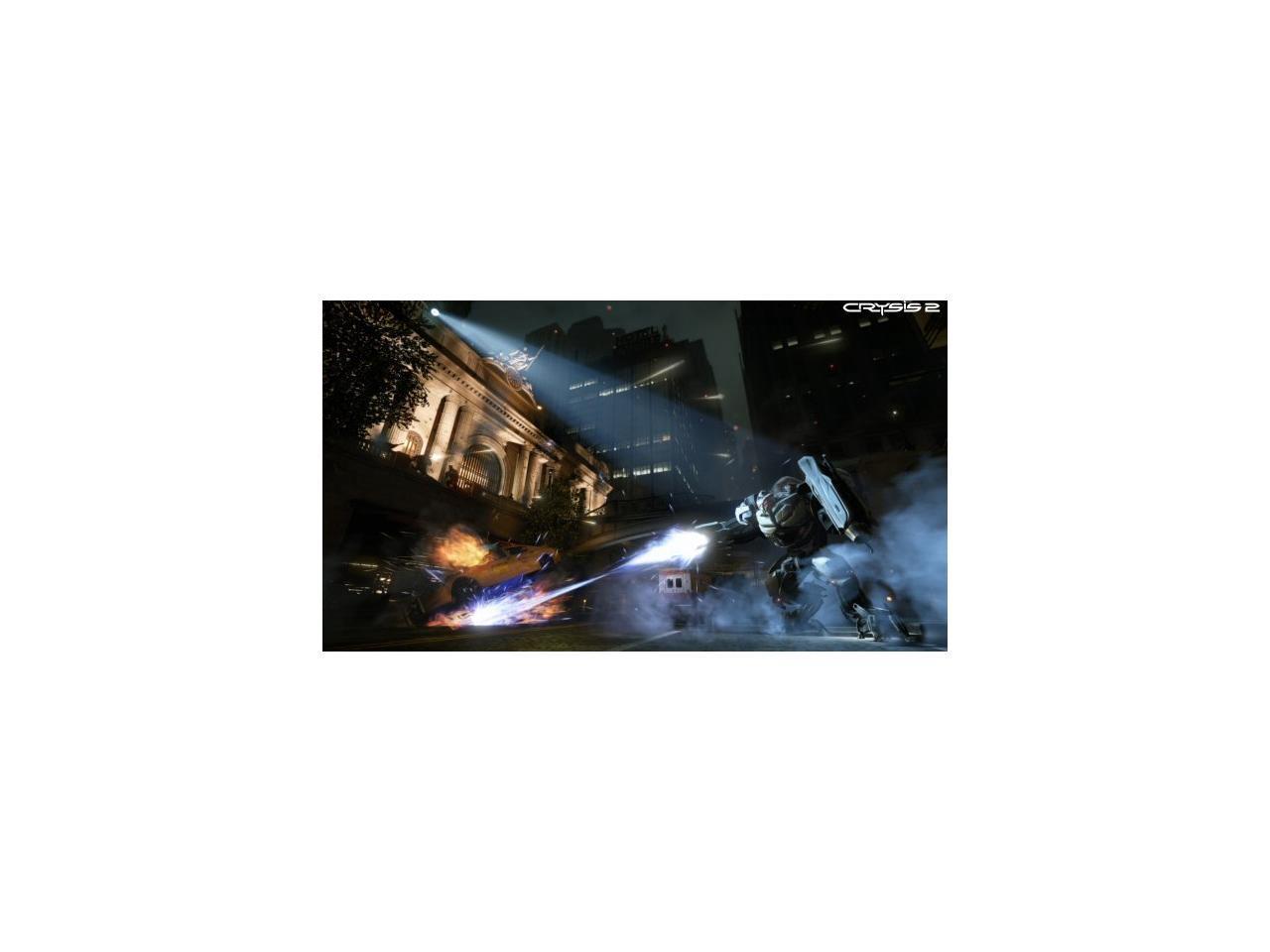 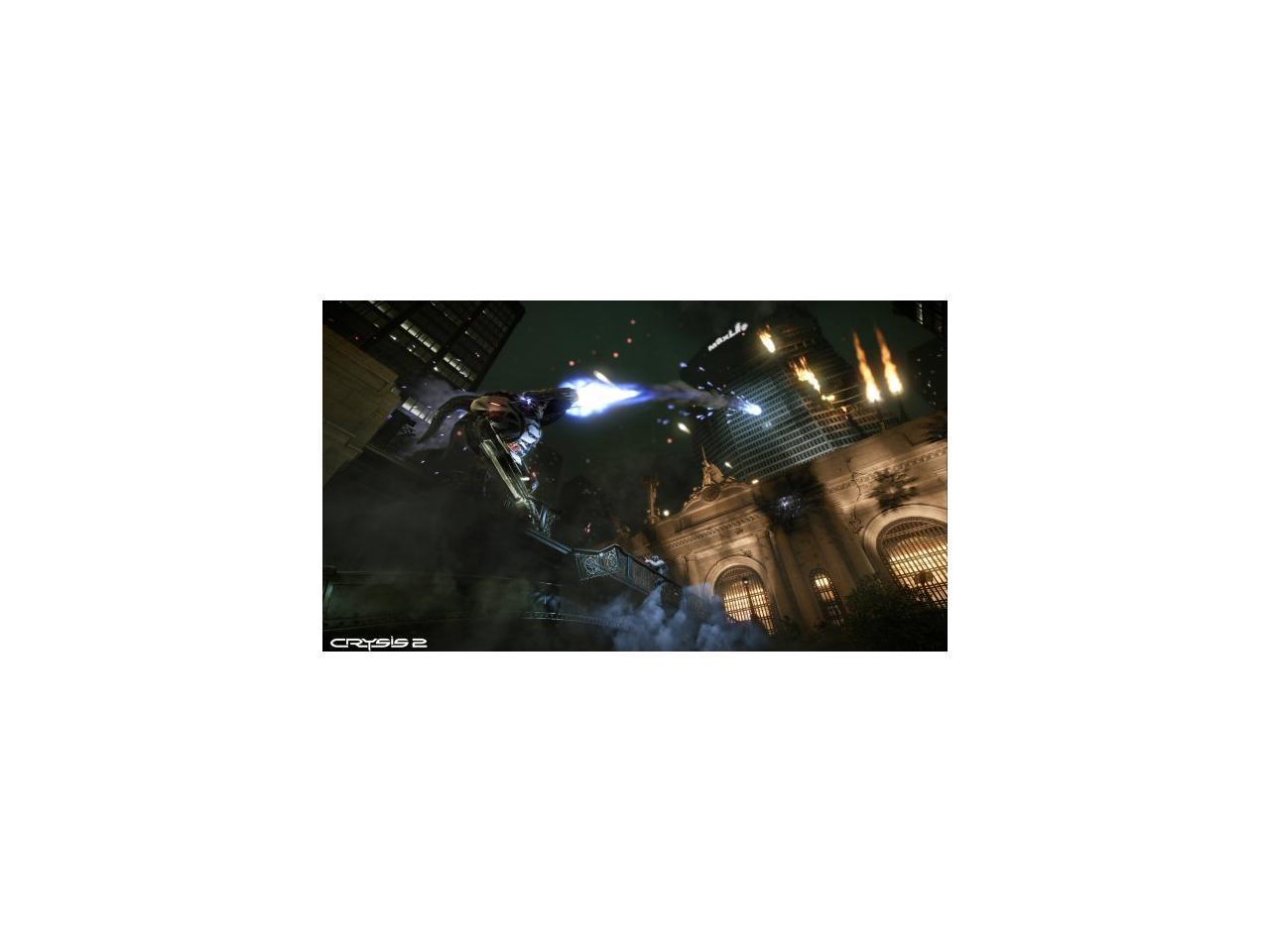 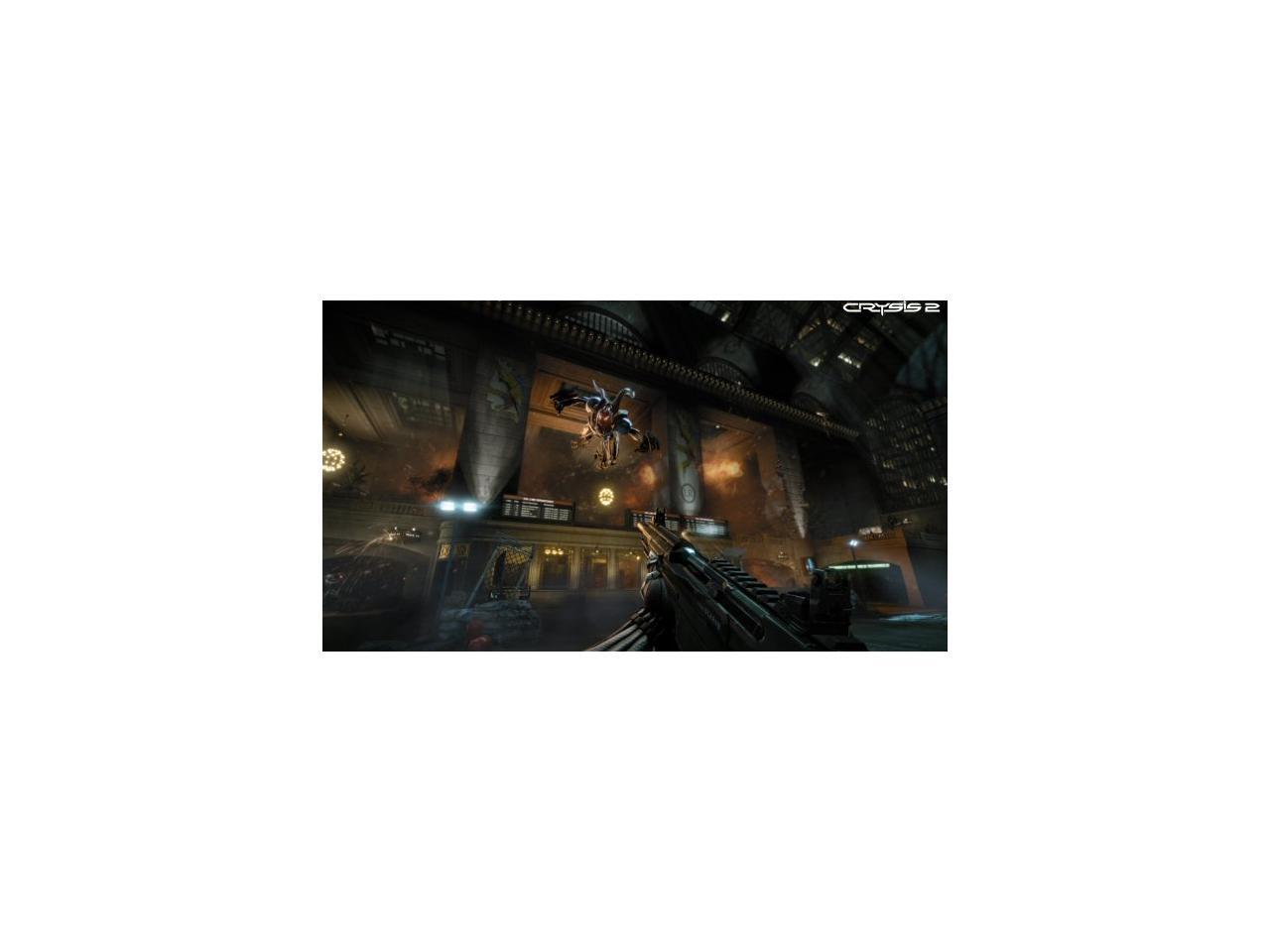 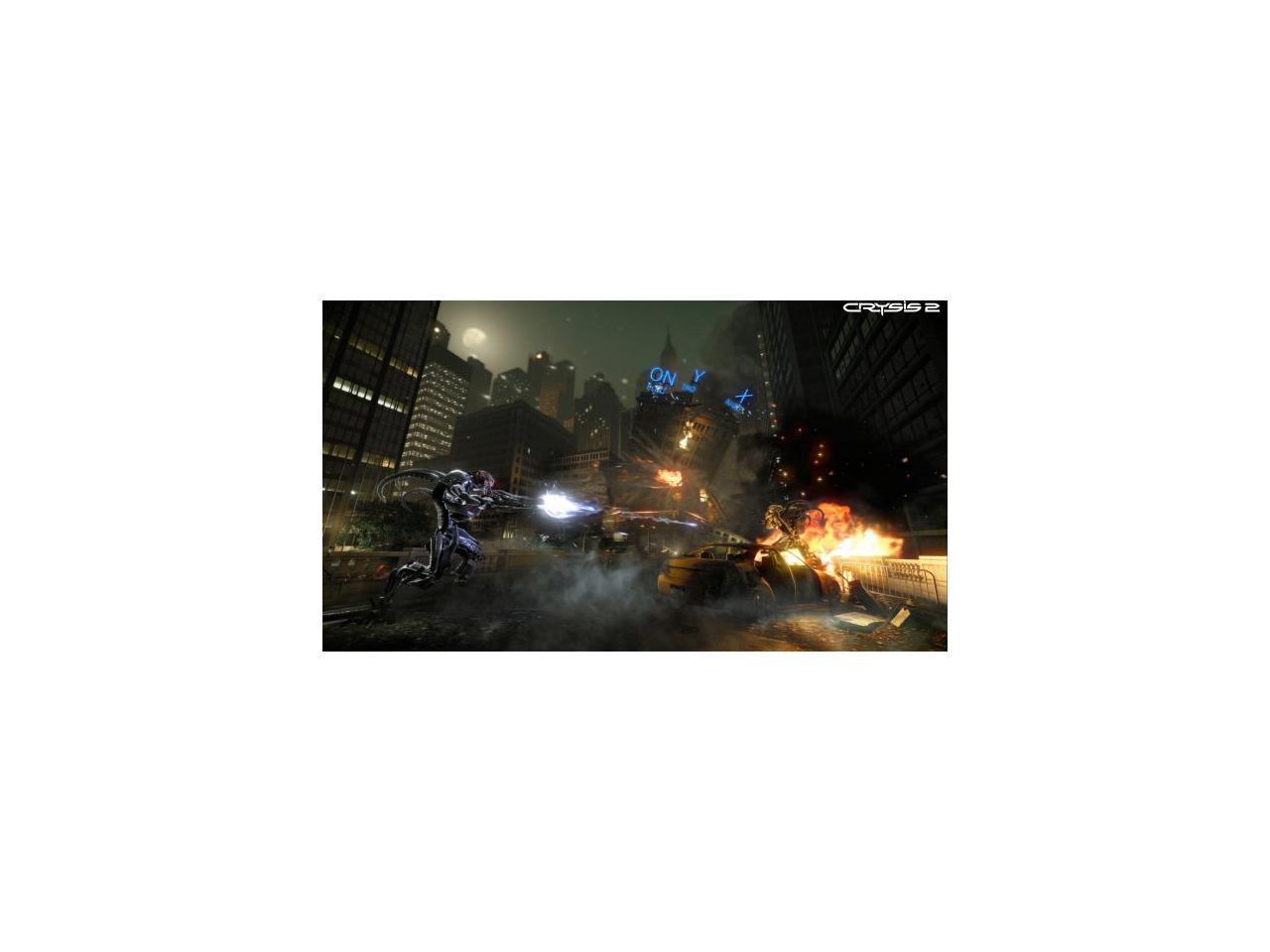 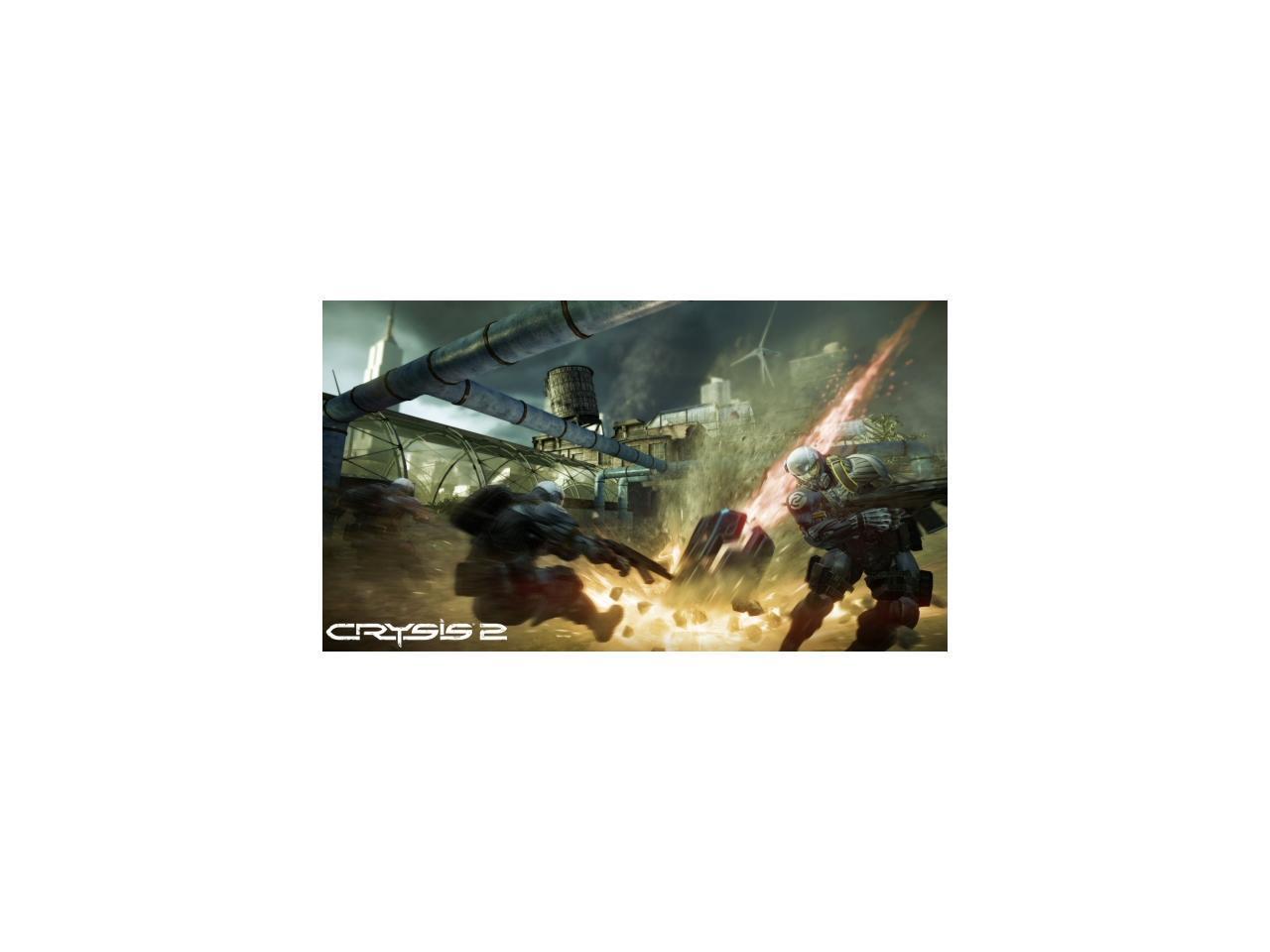 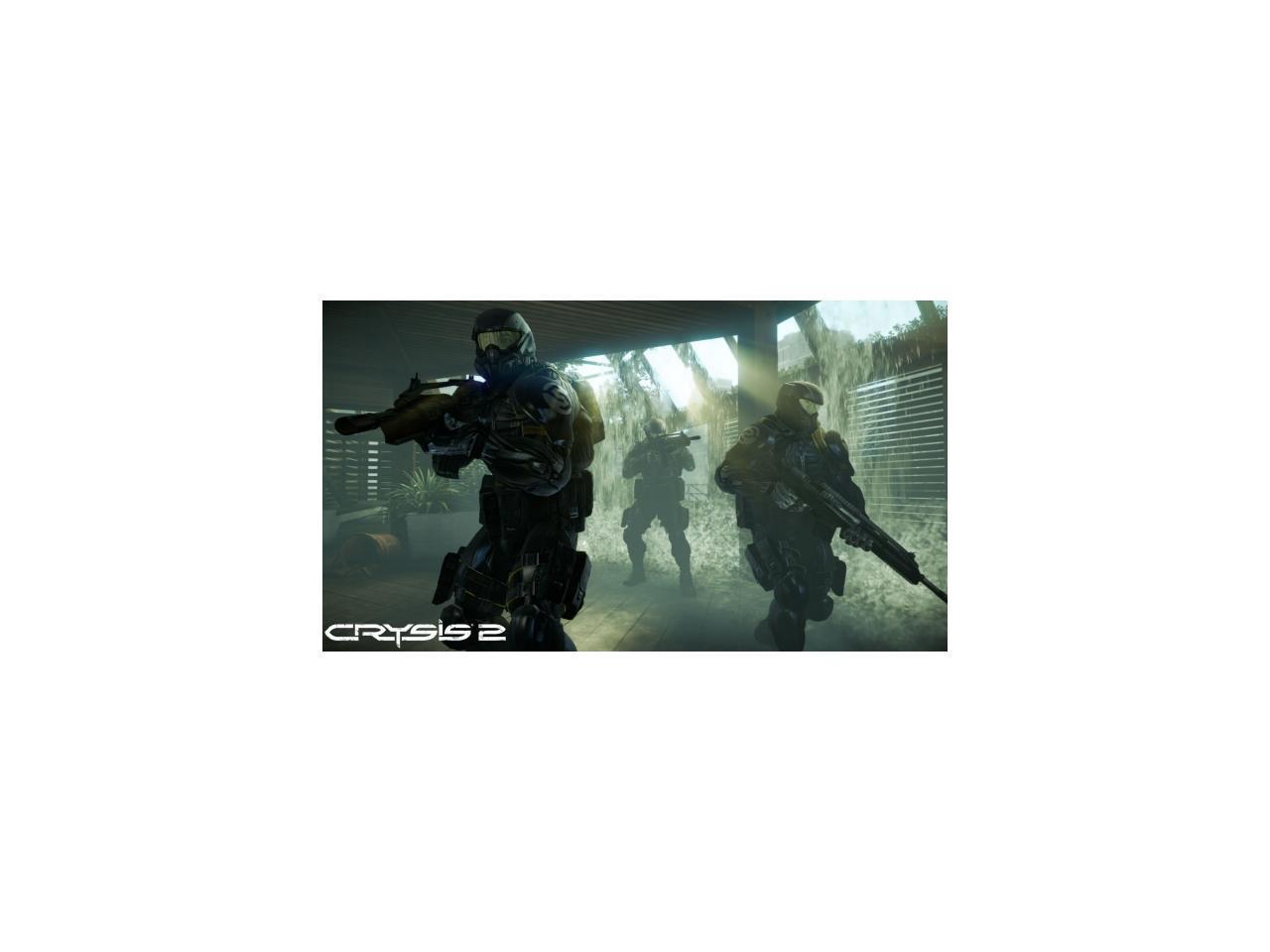 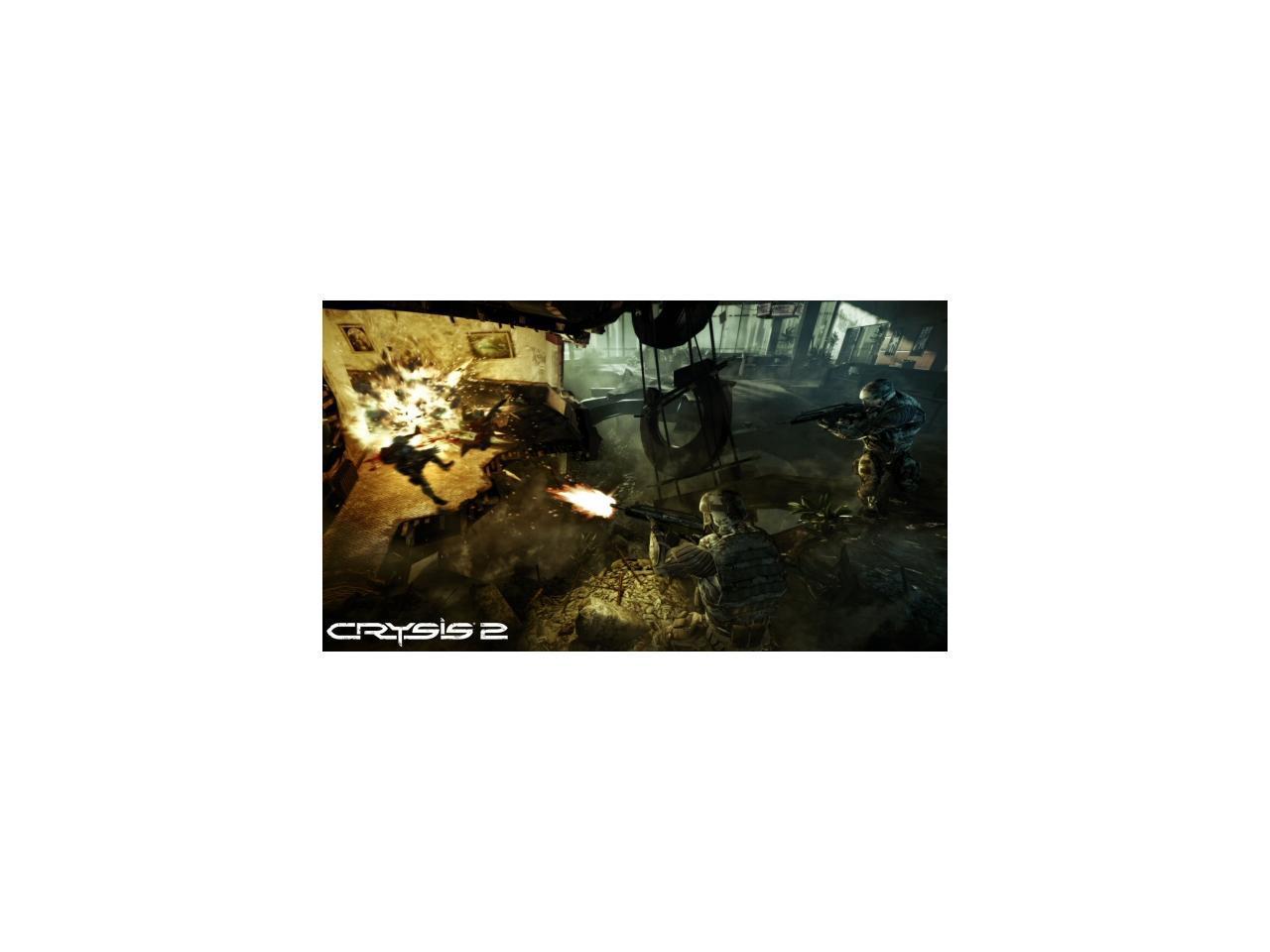 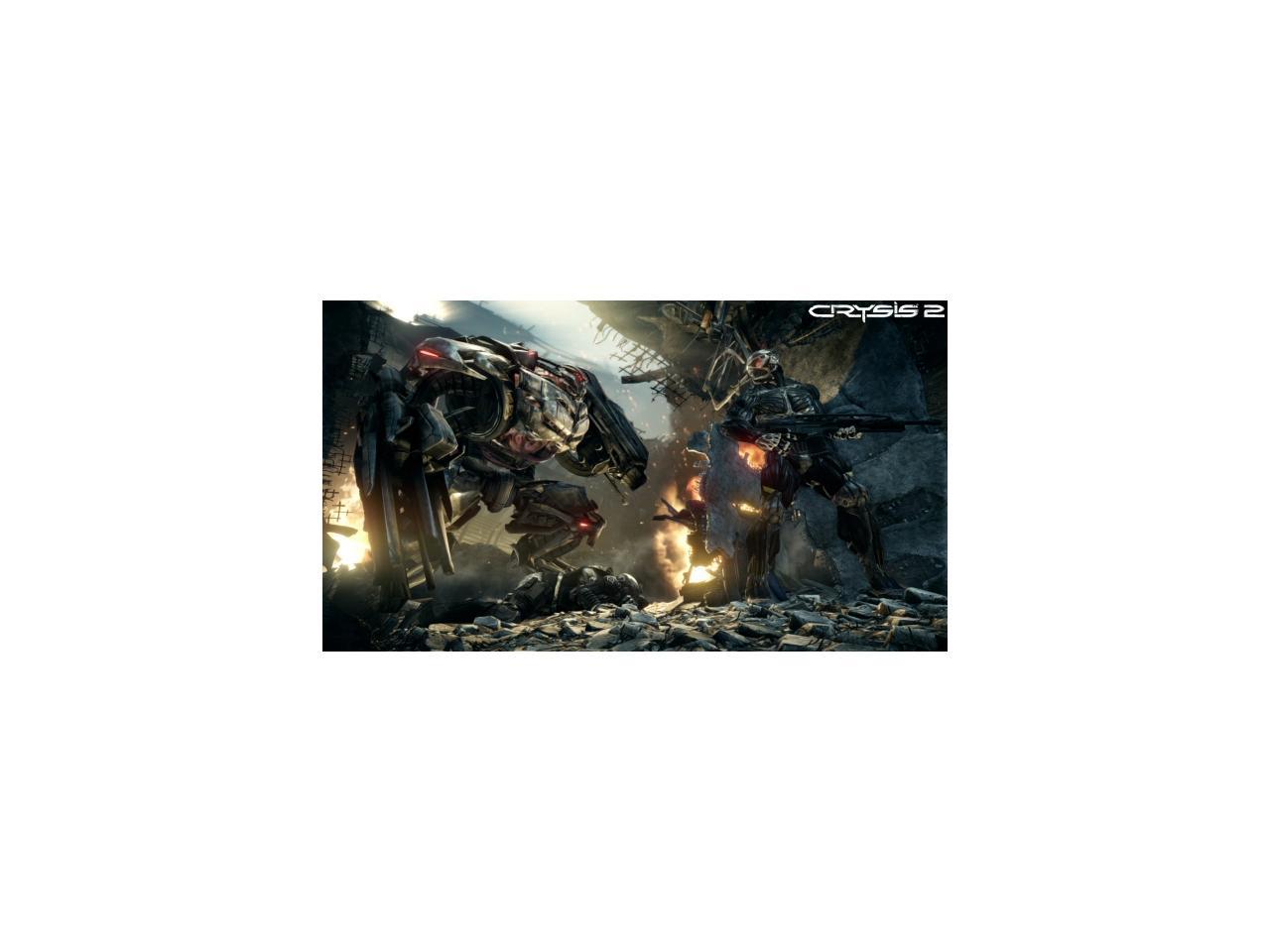 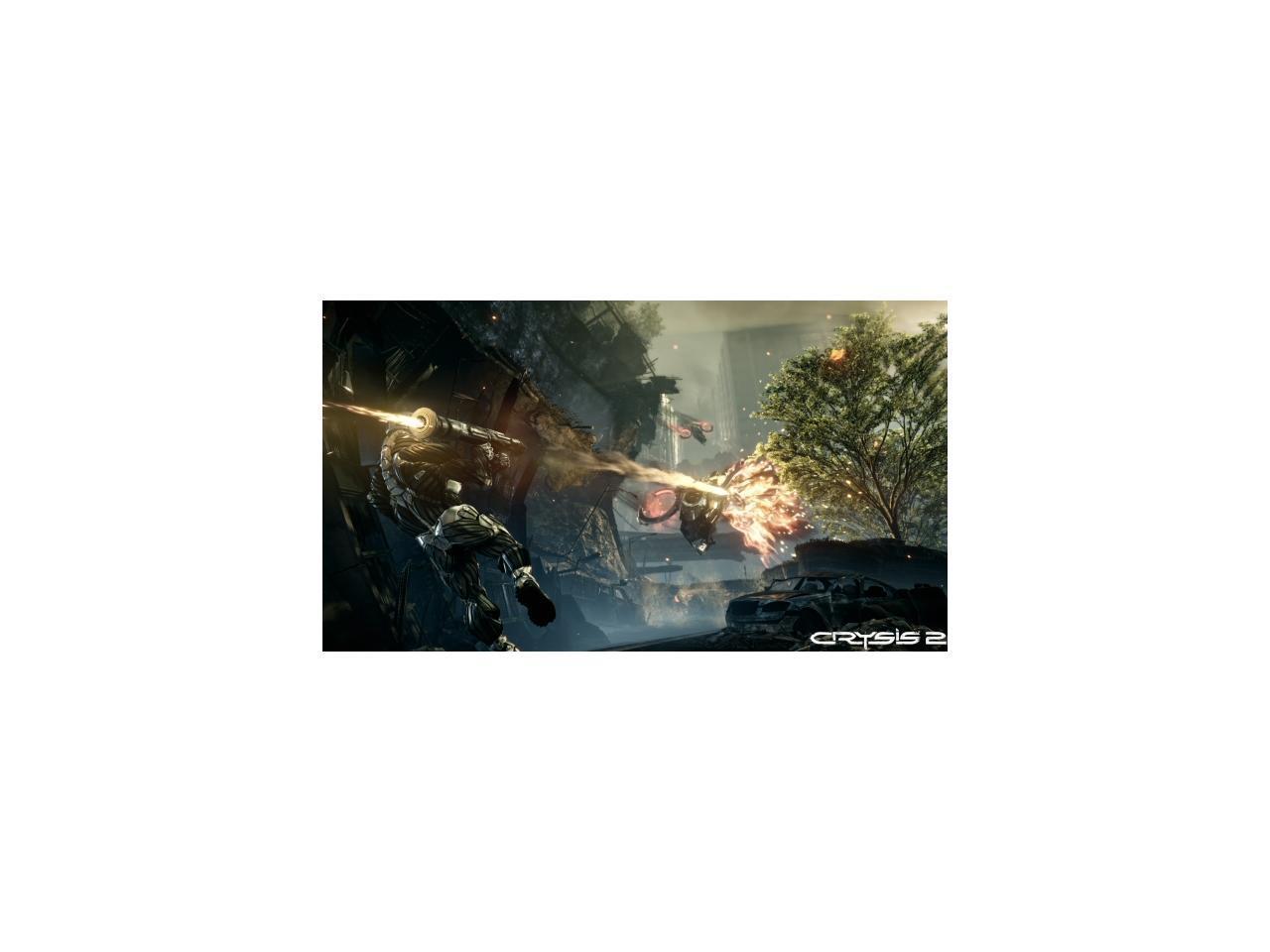 (147) Write a Review
OUT OF STOCK.
Overview
Specs
Reviews
In New York, terrifying alien invaders stalk the streets and a nightmare plague strikes down the city's myriad inhabitants with brutal epidemic speed. The city's systems are in chaos, its streets and skyline are smashed and in flaming ruin. This is New York City like you've never seen it before.
Neither paramilitary law enforcement nor the might of the US military machine can stand against the invaders, and all who choose not to flee are dead men walking. Just to survive in this maelstrom of death will require technology beyond anything any modern soldier has ever seen.
One man will inherit that means to survive. One supersoldier, wielding the combat enhancement technology of the future with Nanosuit 2, will make the last stand to save humanity from destruction in the urban jungle that is New York City.

Learn more about the Crysis 2

Pros: Never played the first Crysis, but I heard amazing things about it. Decided to pick this up partially to test my GPU and partially because it looks awesome. Well the graphics are amazing and the gameplay is a lot of fun. Great FPS.

Cons: Sometimes it is unclear where to go or what to do. Have to go online and download the Hi-res and Divx 11 packs, too big to fit on the dvd.. could have included a second dvd or dual layered dvd....

Pros: I think this game is amazing. Action packed, great pacing, tight controls, gorgeous graphics, terrific sound effects, and a great story. I liked the first game and expansion as well, but I feel this is just as good and at times the presentation is even better. You feel like you are in a summer blockbuster action movie. I have 5.1 Logitech speakers on an older Audigy 2 ZS card and the sound is fantastic. The frame rate is super solid with minimal (if any) screen tear. The controls are superb and better than the first games.

Cons: I really don't find anything wrong with this game. I play about 5 games a year these days (job, kids, house diy, responsibilities, etc) so I try to play the best of computer and console games. Just FYI, I don't play games online. This game is just pure fun, at least the single player campaign is.

Overall Review: People should stop whining about the graphics compared to the first. Yes, they don't tax your system as heavily, but in all honesty, they look just as good. I was never able to run the first game at full settings when it came out (medium) and never play games twice, so I don't care as much as others seem too. But now I have the same computer with a better video card (HD 6850) and run this game at high settings and it looks great. Take the scenes in, not just textures people.

Pros: First of all, I managed to snag this game when it was $8.99, so it was really a steal. If you have a good gaming pc, this game looks amazing on ultra settings, and also lets you download directX 11 texture packs to enhance its visuals further. Also it is very fun to play, cool weapons and sick cryo-suit abilities.

Cons: Multiplayer isn't great, but i knew that before buying. :P

Pros: Fast-paced and addicting gameplay. Sliding is a cool tactic that no other shooters have. Looks great even on low settings. The most unique FPS I've ever played, though it's far from perfect.

Cons: Random frame drops that happen for no apparent reason. The infamous Orbital Strike lag that will cause a sweet 75 frames-per-second dip to a lovely 10. Lack of many console commands for customizing graphics. Hardly any point in running DX11 on a single GPU. No support from Crytek after the 1.9 patch (that messed up a few things). I'm hoping Crytek will come out with a BIG surprise patch, but I can dream on all day. I'd surely triple my weekly gaming hours if they did.

Overall Review: This game is kind of a tease for what a superb first-person shooter would be like. Turns out it's just above decent, which is great in my opinion. Long live Crysis 2! My PC: EVGA GTX 460 1GB AMD Phenom II X4 940 4GB DDR2-1066

Pros: This game, for whatever people’s reasons are, is getting a raw deal in my opinion, with the lower-type ratings. I thought this game was extremely fun, gorgeous, and just about the right length. The DX11 ‘patch’ is fantastic & the High Res textures download is amazing. Perhaps I got a little partial being how it was cast in NYC, with the pride in taking back my city, who knows. I did get dang near misty eyed when I finished it & the ending cut scene showed the completed Freedom Tower still standing in the background, so who knows. Regardless, I think this game was very good & I enjoyed the story & journey it threw me in. And for thirty some-odd bucks?... It’s a no brainer.

Cons: If I have any beef, it was with setting up an account prior to it letting you get into the multi-player area. Especially when it seemed a little buggy and ended up taking almost 3 days to sort everything out. If I wanted to just play the multi-player & I had the issue I had, I would probably have been ticked off & took it out on the game with a lower rating, but I was more than happy with the single player till it got ‘fixed’.

Overall Review: I’ll agree that a heavy duty rig is a HUGE plus. With everything Ultra Maxed at 1920 x 1080 on a 27” LCD it was sickenly beautiful. I feel if I played it at anything less (after seeing that) would have been a disappointment.

Pros: Frame rate is acceptable even on standard hardware.

Cons: 1. NO EDITOR INCLUDED! and apparently the company has no plans to release one - that means that most of the replay value for the game is lost. Forget about downloadable levels, forget about custom terrains, forget about all the fun and tweaking you could do with the editor. Once you go over couple of hours worth of run-of-the-mill game-play and saturate yourself with run-of-the-mill multiplayer, you are done. Is it worth $60.00? NO WAY! 2. All open environment of Crysis 2 is gone - you play just another fancy corridor shooter with most actions scripted and unchangeable and all your movement restricted by closed doors, road blocks, fences and such. The fact that the stage for the game is Manhattan makes no excuse - many other games, notably Prototype that take place in precisely the same location have incomparably more open environment. 3. Cliche, non-original story - macho marine kills evil aliens... how boring... yawn...

Overall Review: I am greatly disappointed in Crysis 2. While the game is not worse than most other available first person shooter games, it has lost most of the appeal that original Crysis series have. Go to to hell Crytek, with all your corporate thirst for profits you made just another mediocre Call of Duty clone.

8 out of 10 people found this review helpful. Did you?