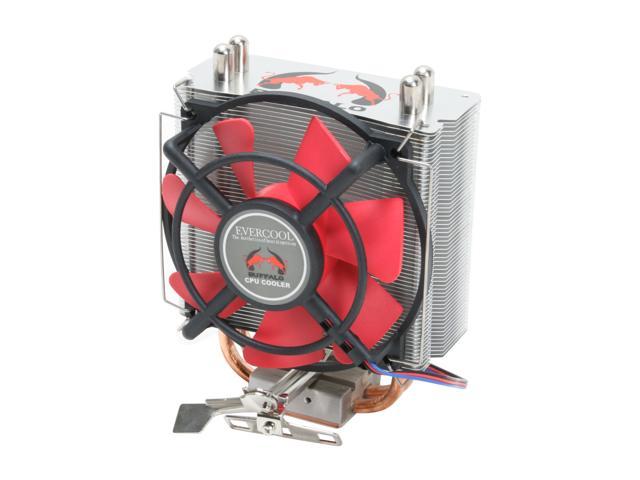 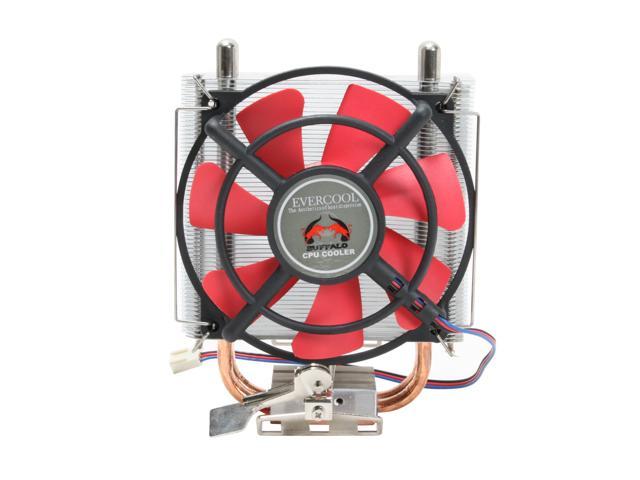 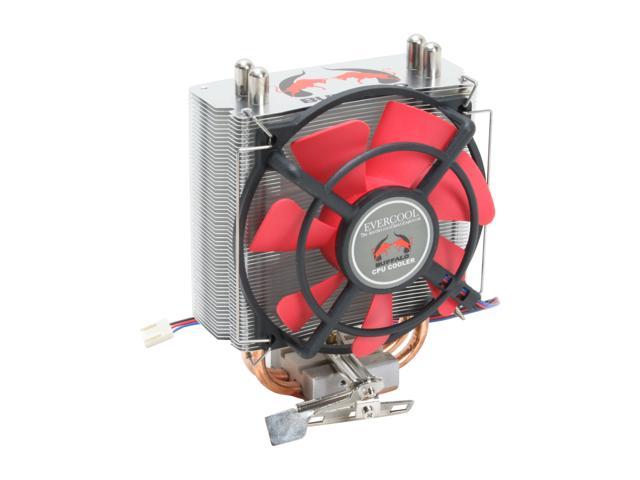 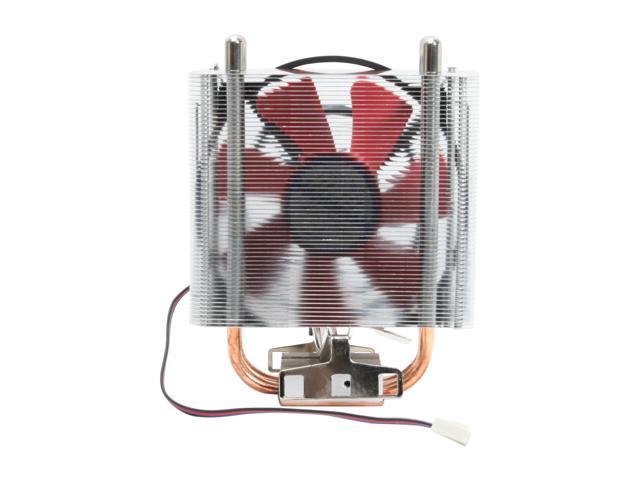 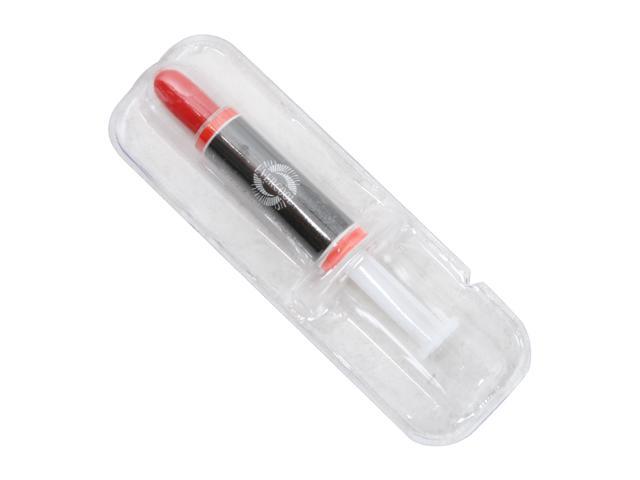 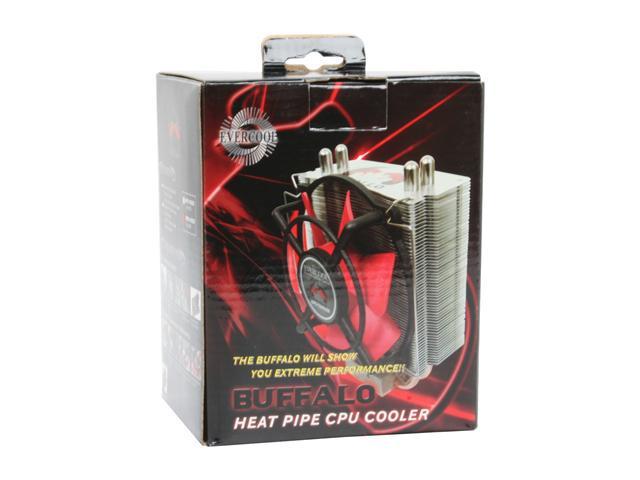 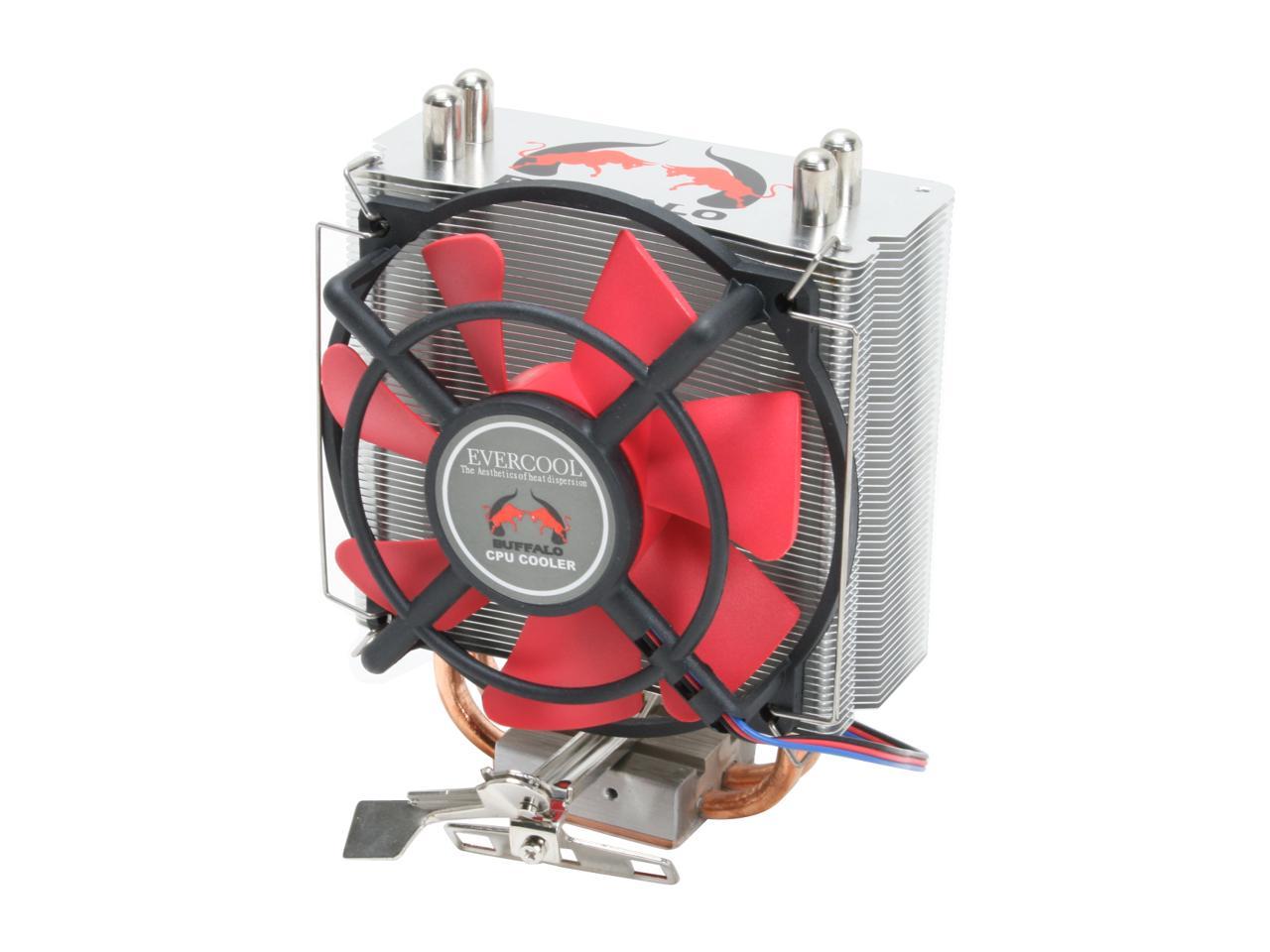 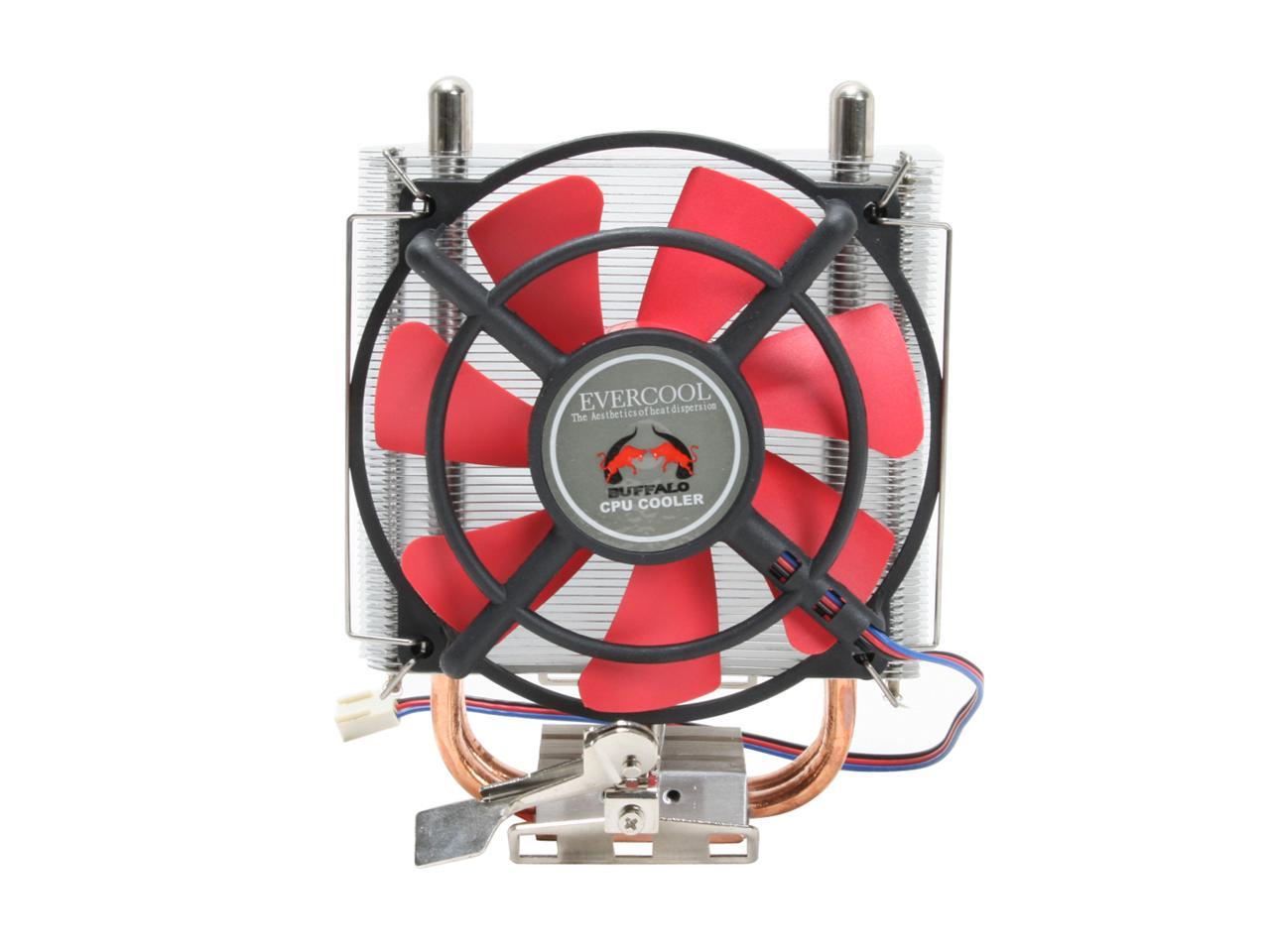 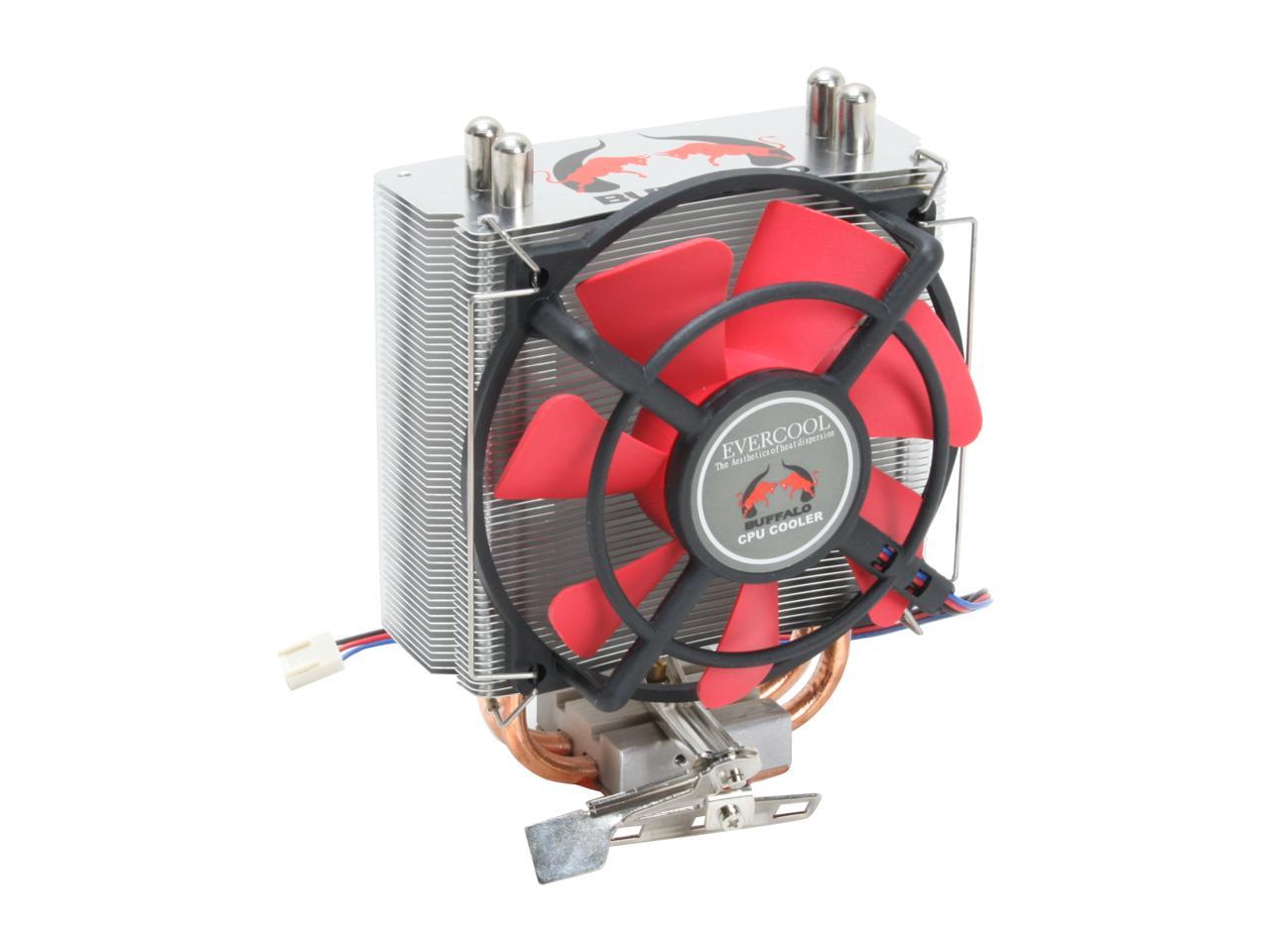 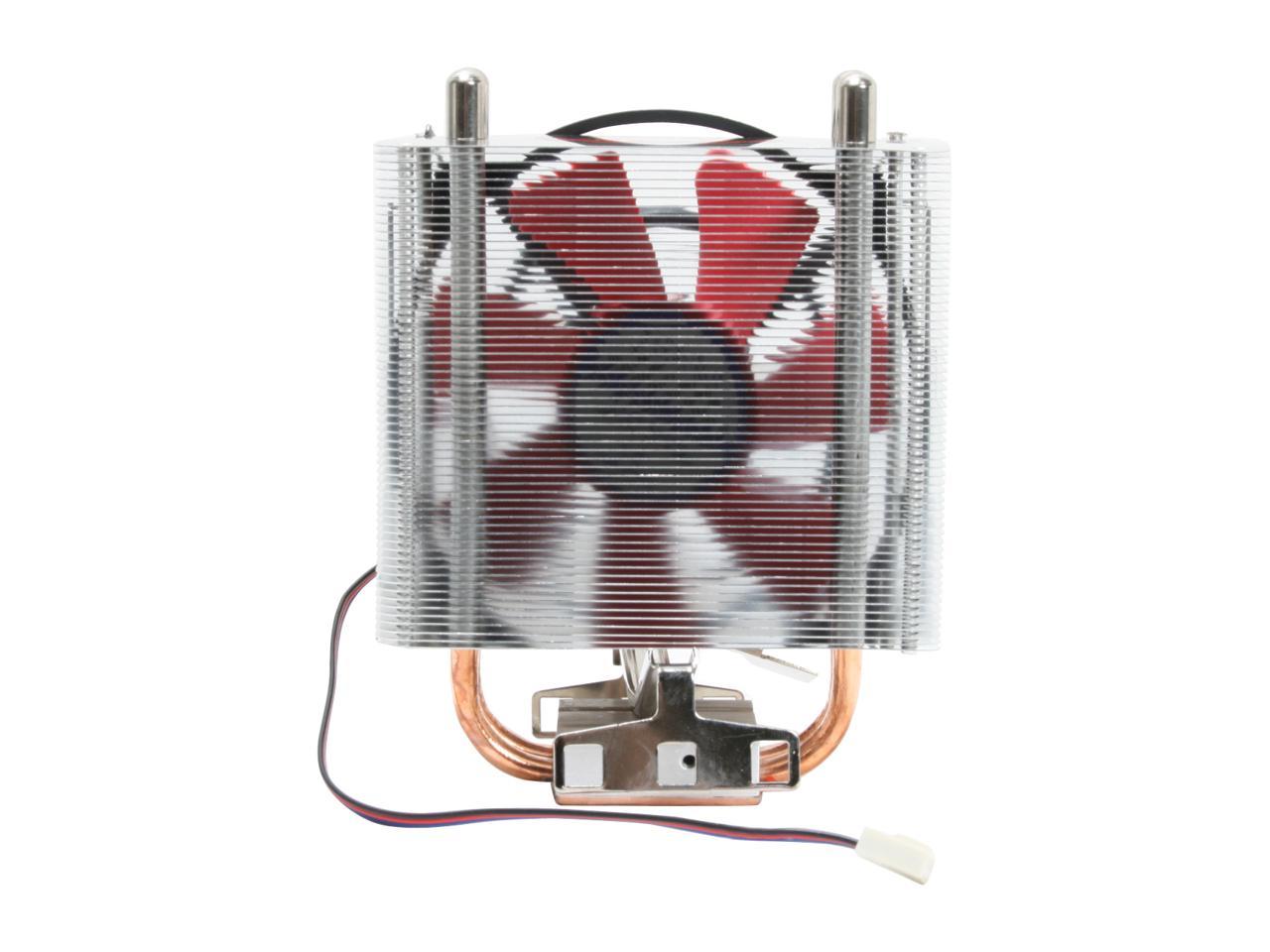 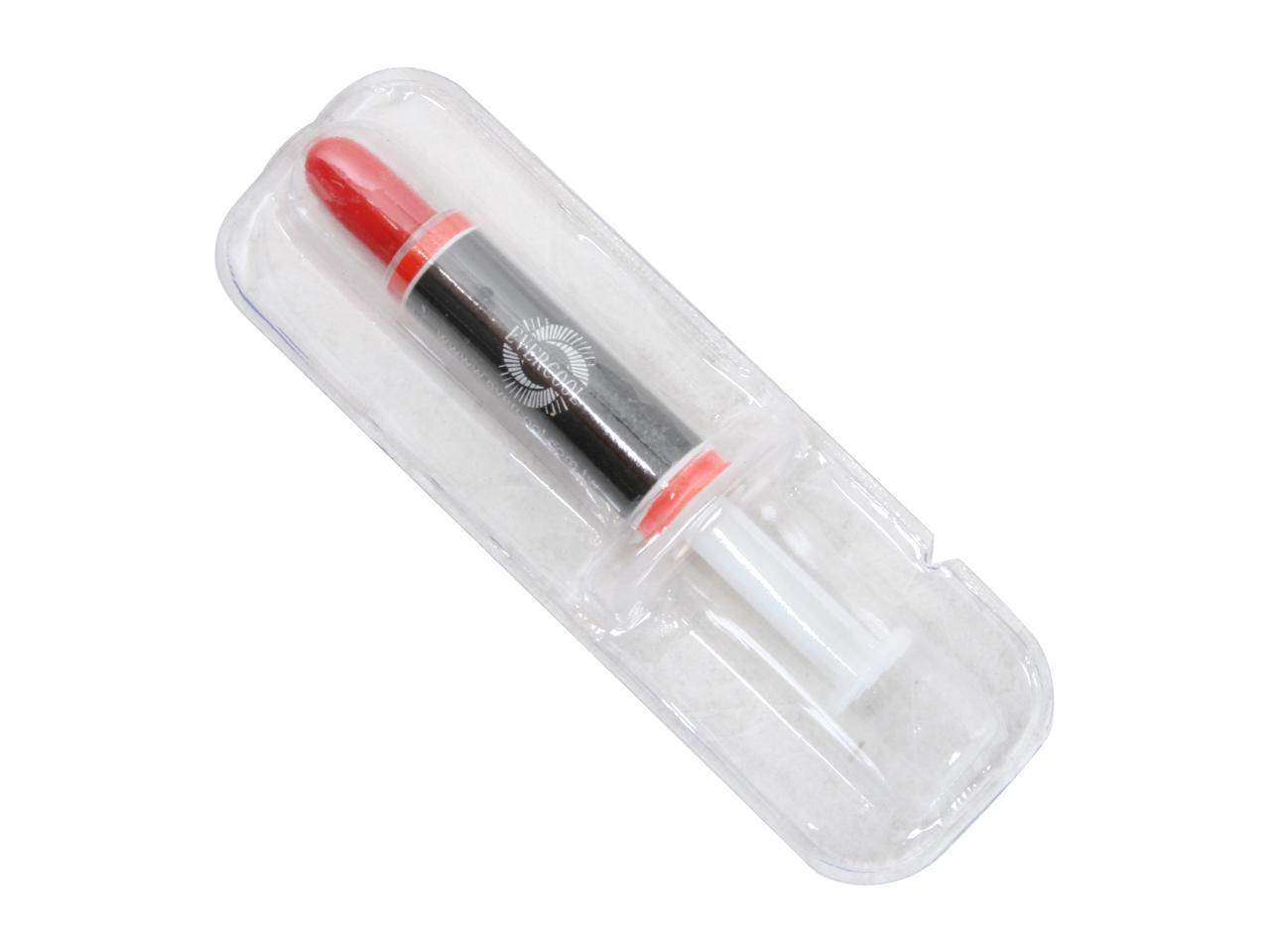 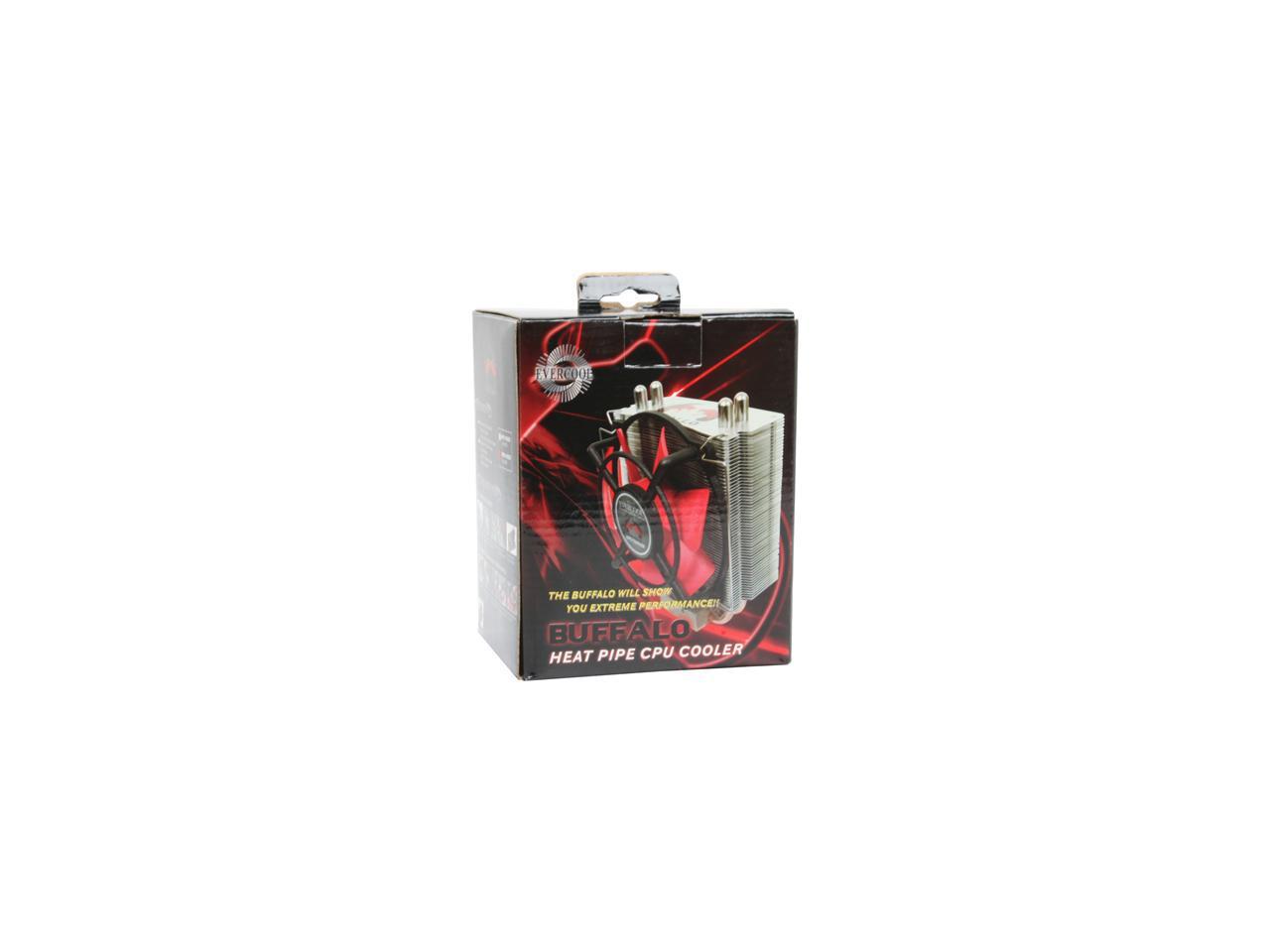 (89) Write a Review
OUT OF STOCK.
Specs
Reviews

Pros: Stock Heatsink/Fan combo that came with by 7750 Black Edition AMD Processor was annoyingly loud when spinning at max RPMs (usually during gaming) and refused to spin down to bearable levels after gaming. After a week of my PC sounding like a jet engine, did some research and came across this wonderful product. I was wondering why it was so cheap and if it could really cool my 7750 as they tend to run hot. After reading about 15 reviews I took the plunge and I should have not waited this long! Idle temps dropped from 56 degrees Celsius to 46. And this is is WHISPER quiet compared to the stock AMD unit. Installation was a breeze and the piece is sturdy and well built. My PC is MUCH MUCH quieter now under load. Don't hesitate. For 15 bucks it can't be beat! It even dropped the temps of my 4870 a little!

Cons: Only small con is that despite it's relatively small form factor, the heatsink fins rest against the tall heat spreaders on my ram. I'll keep and eye on this but I don't see it causing any issues. Just something to be aware of.

Overall Review: Do your research but if you're looking for a phenomenally priced cooling solution for a moderate gaming PC, this card has you covered. PC components: - 7750 KUMA Black Edition Dual core 2.7 - XFX 4870 1GB - 4 GB OCZ Reaper - 550w BFG PSU (another awesome piece for the money)

Pros: This sleek and attractive CPU cooler is all you need for office or gaming. I originally had a 12 dollar Thermaltake cooler and I would idle at 50-53 C. When I put this on I idle at 42 C so there is a huge difference. I have this CPU cooler on an AMD Black Edition 5000+ and it's recommended heat rating is 55-70 C so this cooler does great. I overclocked it to 3.1 GHz and played UT3 for about 2 hours and it's max temp was around 52 C. That is great for such a cheap cooler. The aluminum fins arent as good as copper but they do disperse heat well. The contact between the heatsink and the CPU is copper so don't worry about that.

Cons: The thermal paste they supply is sufficient but I would get a tube of Arctic Silver 5 with this.

Overall Review: When you apply the Thermal Grease make sure to apply a pea sized amount in the center then firmly press the heatsink on top of it. This will make it so you don't have air bubbles in the grease and will make it so your CPU is 5-8 C cooler.

Cons: None. It does look to be a smidgen off from where it should be seated as another review said, doesn't seem to affect temps at all anyways...

Overall Review: This cannot be beaten in price EVER! JUST BUY IT... Before they're gone!

Pros: I bought this as a cooler for my AMD PHENOM 9850 which I bought here as an OEM CPU meaning it didn't come with a heat sink. For a sub-$40 cooler, this thing works really well! My CPU never get's hotter than 42 C. Using this thing.

Cons: Not really a con...but only the bottom of this cooler has a copper finish. If they'd made the whole thing in copper, it would probably have cooled better

Overall Review: While the specifications don't say that this cooler will work for the Phenom processor line, it does say it work's with the FX processors which put off just as much heat.

Cons: Fin just touches the top of my first RAM module. Doesn't seem as quiet as the specs suggest. Contact patch could be smoother. Fan gakked after first hour and started making a nasty screeching noise!

Overall Review: I picked up a hot-running 9850 Black Edition Phenom CPU from a buddy to upgrade my GF's PC. It was a nice $40 purchase! He even included the stock AMD CPU fan from his new Phenom II CPU in the deal, which I installed straight away. With that fan, while running a slight OC on the 9850 (2.7 GHz vs 2.5 GHz stock), Prime95 temps maxed out at 57 C -- within specs, but a bit toasty for my taste. After installing the Evercool Buffalo with AS Ceramique, max temps dropped to 51C -- much better. Problem was -- the fan on the Evercool started making a loud screeching noise, even when running in mid air (after being removed from the heat sink). I temporarily installed another fan and called Evercool's tech-support number. After a 30-second conversation, the tech sent me a new fan, with no annoying RMA, etc. Nice!

Pros: Awesome price for its size and cooling ability.

Cons: Only 3 pin power connector. Non-PWM. I wouldn't say it is noisy, but you can hear it. Putting this in a Rosewill R220-P-BK, there's no room at all for the side panel air tube thing, but it's not a big deal.

Overall Review: Make sure you go into your CMOS settings and disable CPU fan control if your motherboard supports it.

Pros: well this thing is nice and quite , its keeps the 3 gig amd2x2 at 36c and it makes almost no noise

Cons: its big , really big had to removed the vent and then also had to remove the 80mm fan off the case to make it fit , yes that big

Overall Review: great for the price and works good with little noise

Pros: It works really well cooling CPU. It was a bit tough to fit on FM2 board, had to bend the clamps a bit to cover CPU fully. Fit above GSKILL ripjawsX on Asrock case.

Overall Review: I went with an evo 212 because I feel that having the heat go out the back of my case rather than reversing side case fan for exhaust was better for cooling my case. It was blowing mostly directly at my GPU before exiting out the side of my case. I decided it would be best for me to have the side fan as intake for my GPU so I went with an evo 212. This cooler did work at cooling CPU close to as well as evo 212, but I think it may have been raising temps for GPU so keep that in mind if you are looking to purchase this cooler. It exhausts down, and it may not fit due to RAM height.