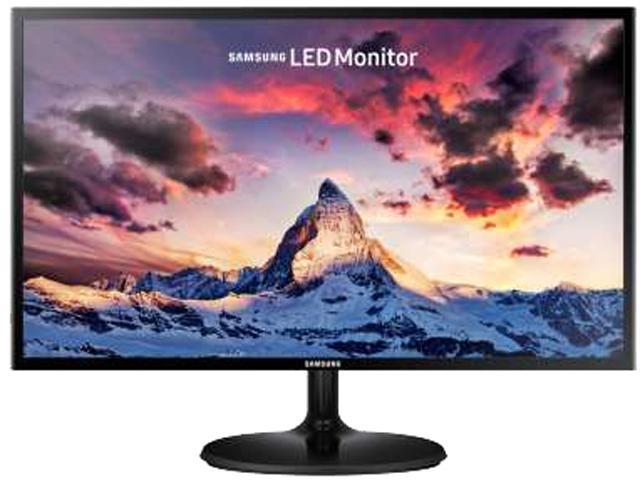 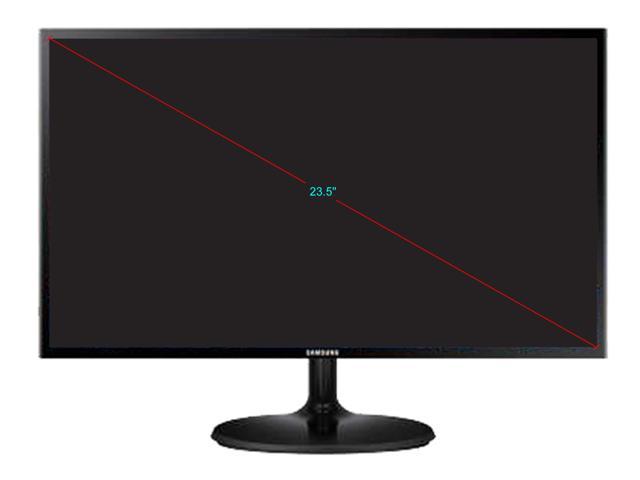 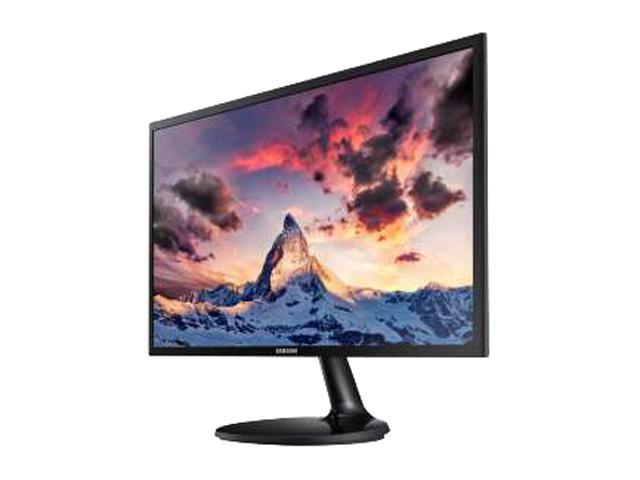 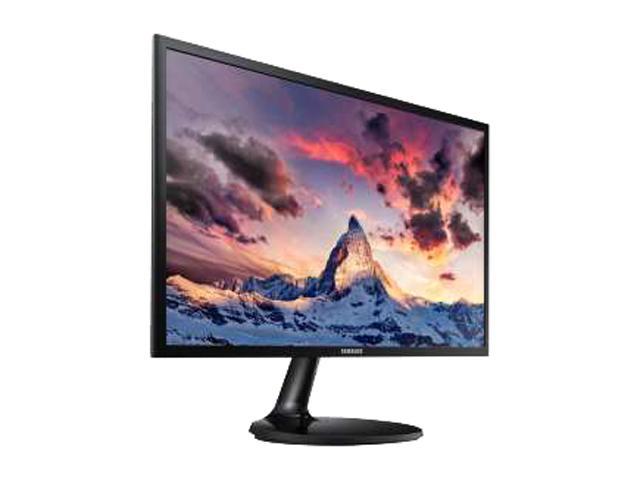 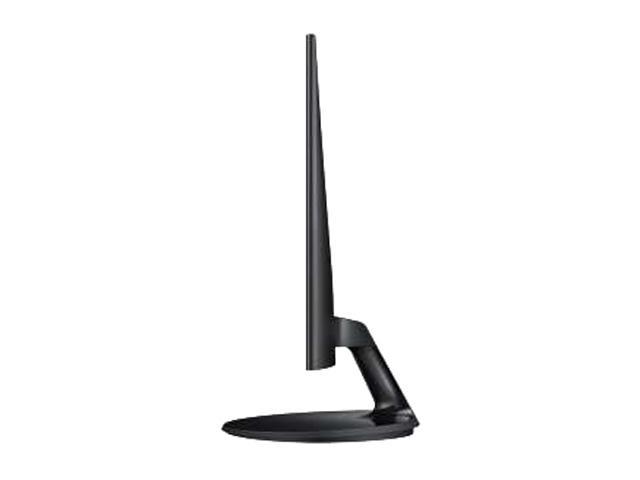 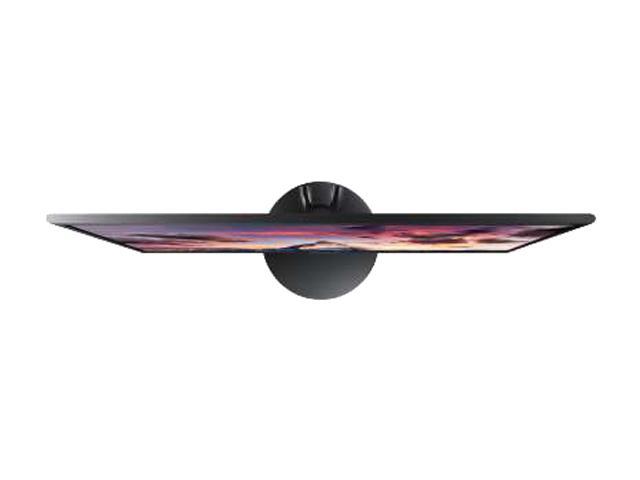 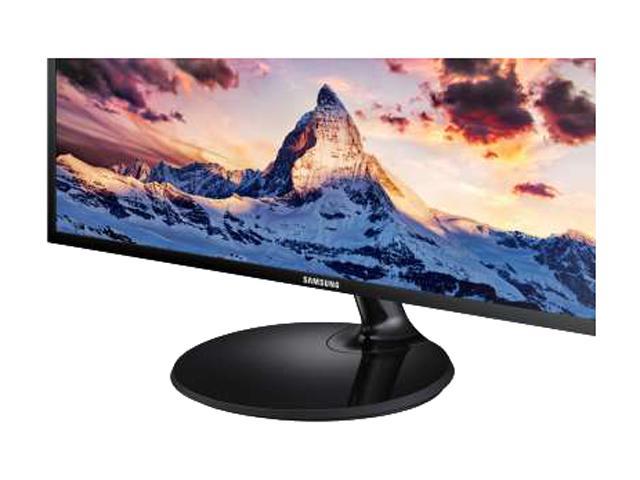 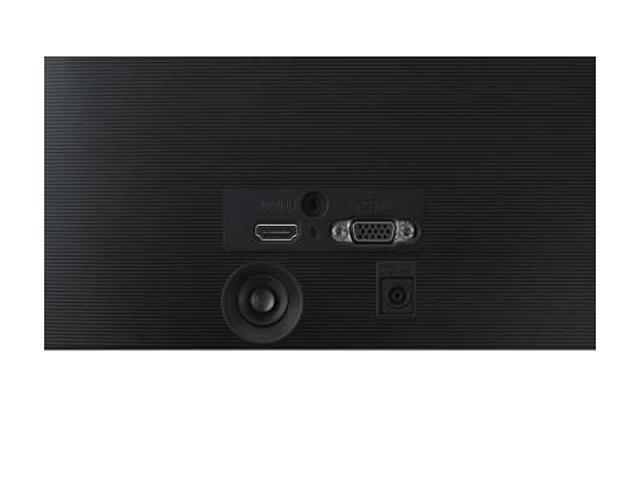 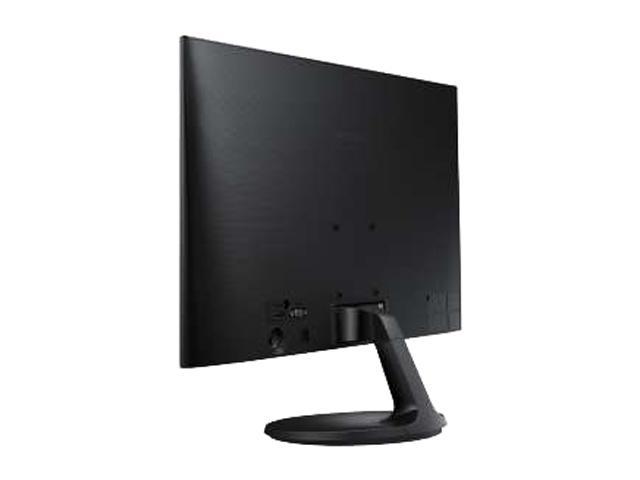 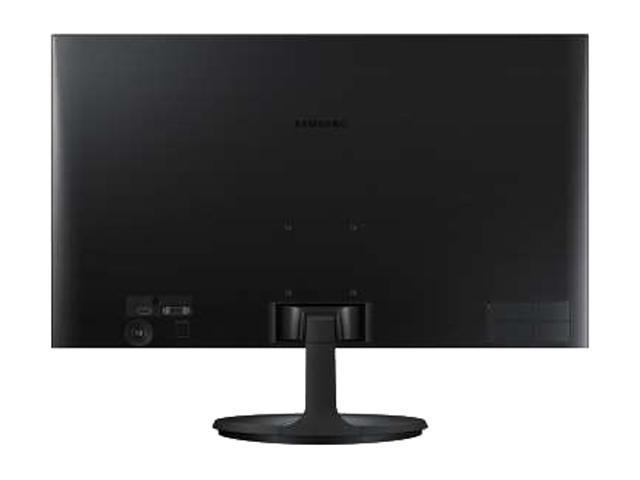 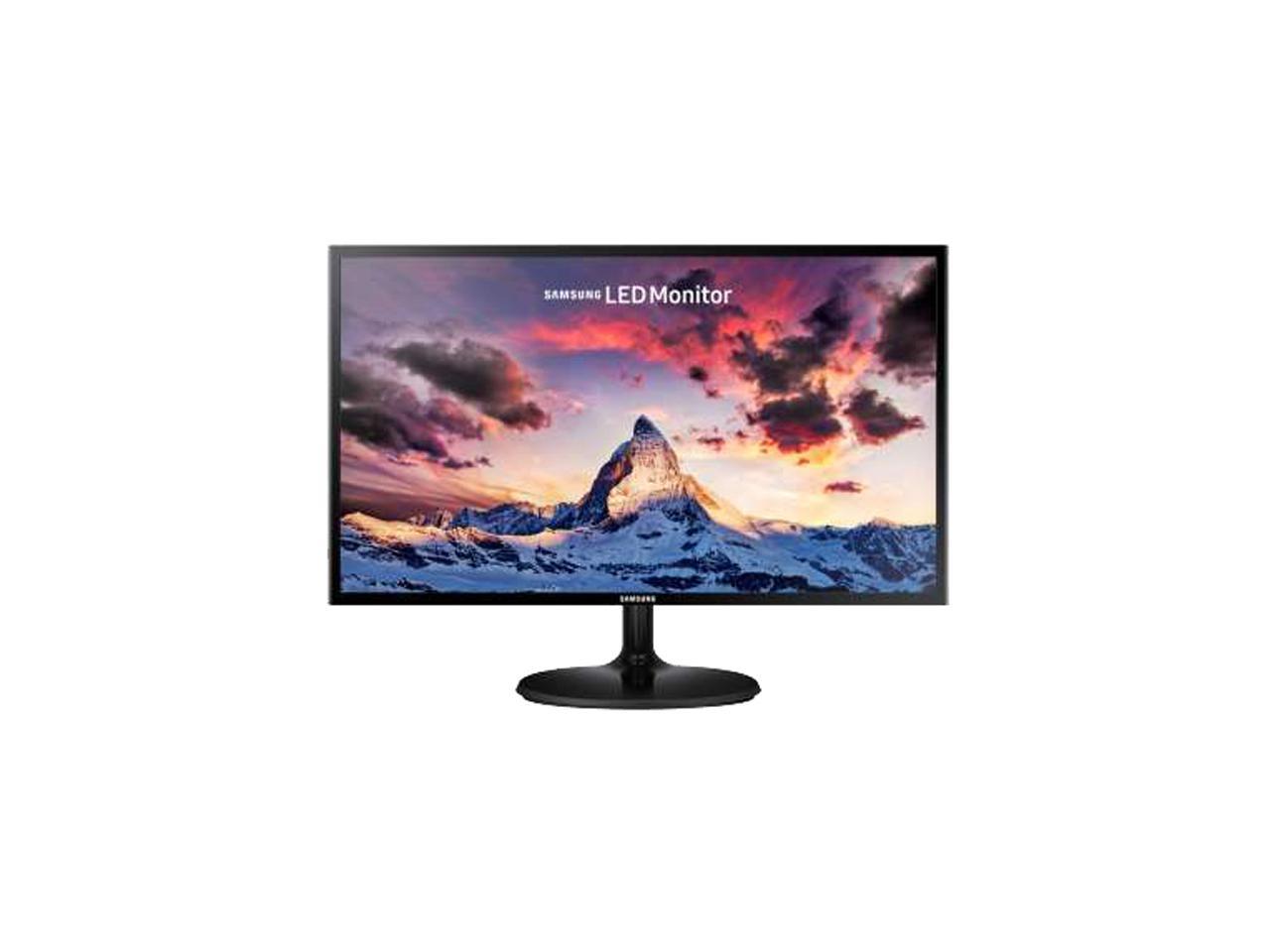 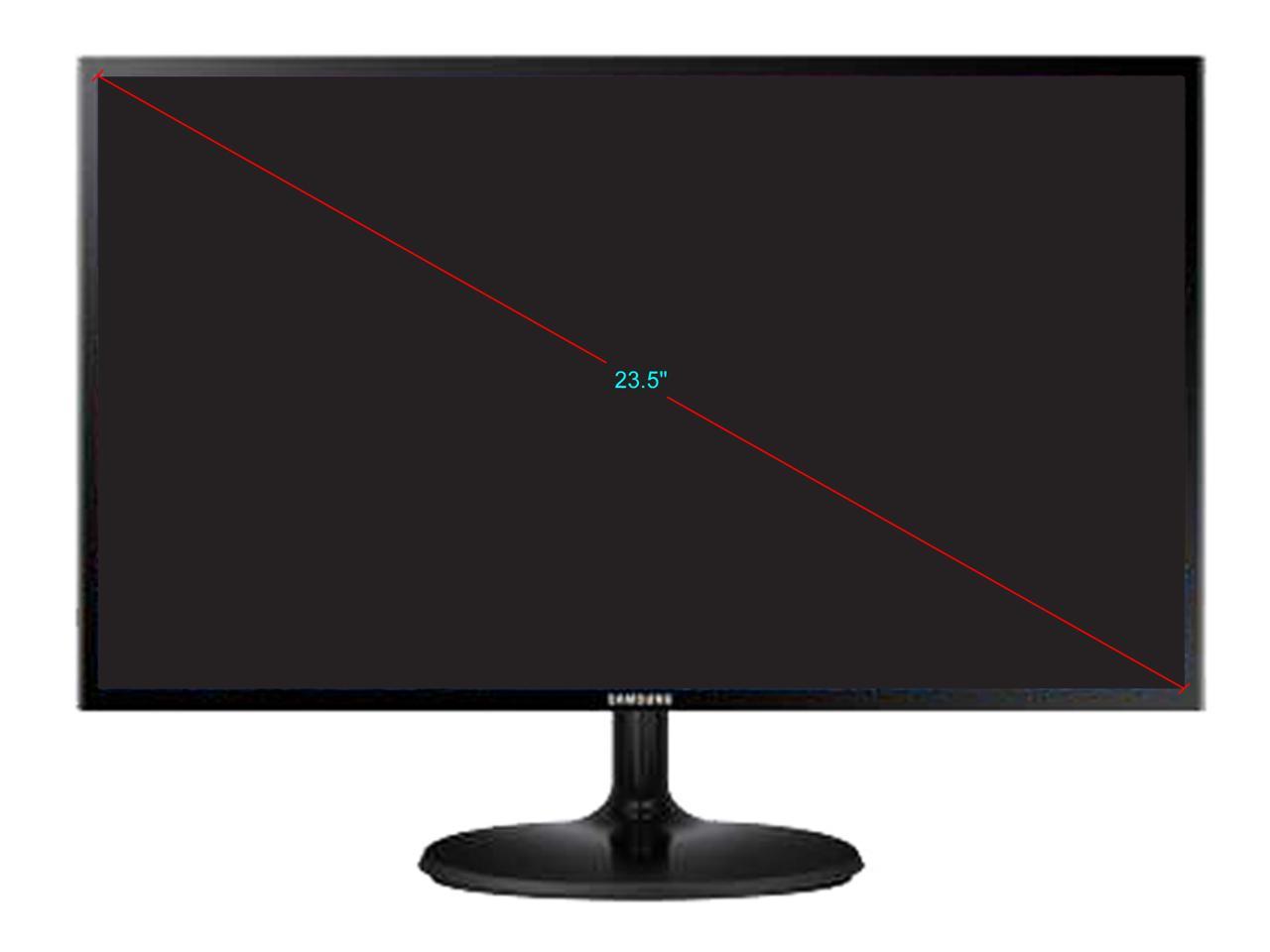 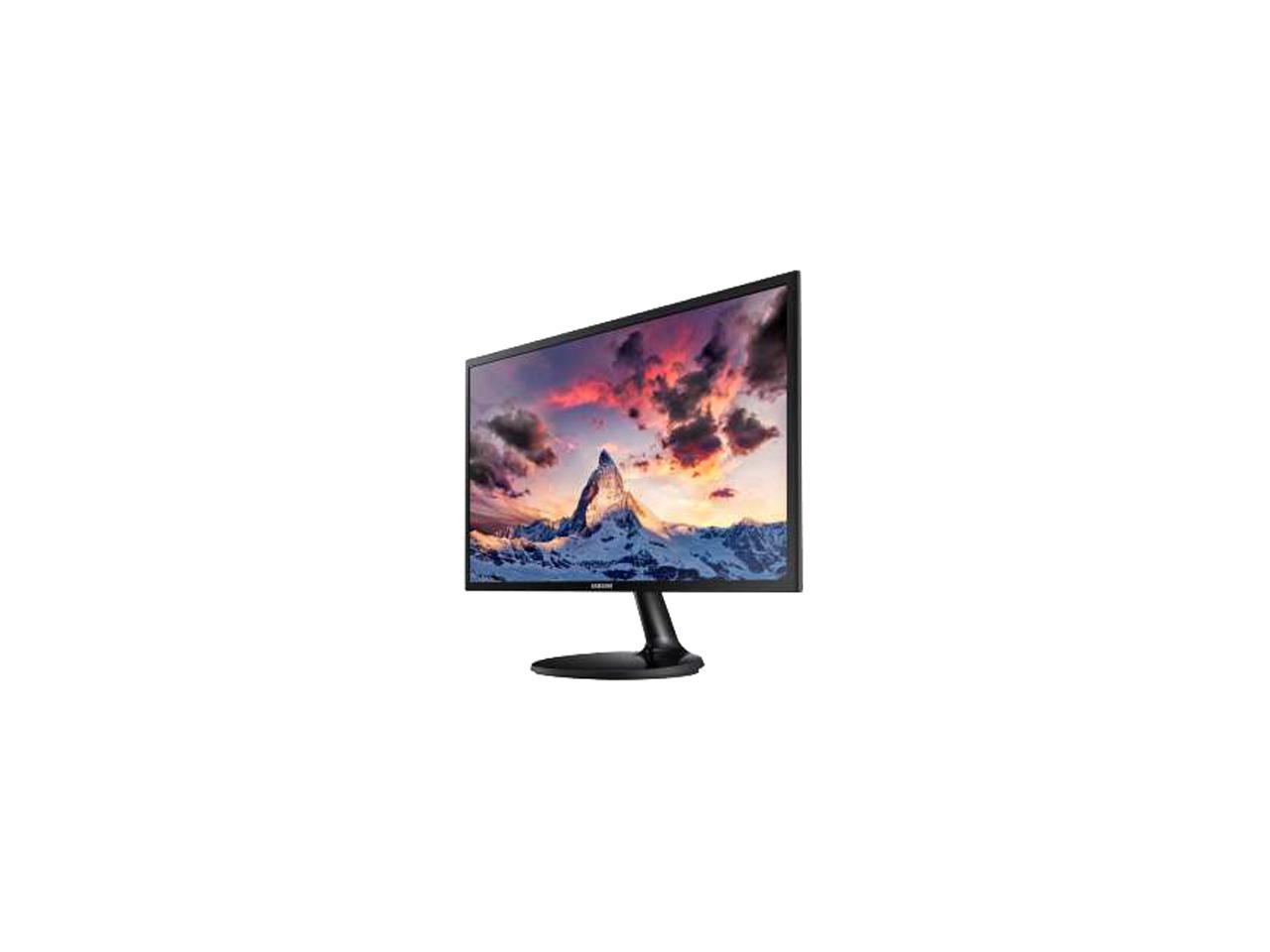 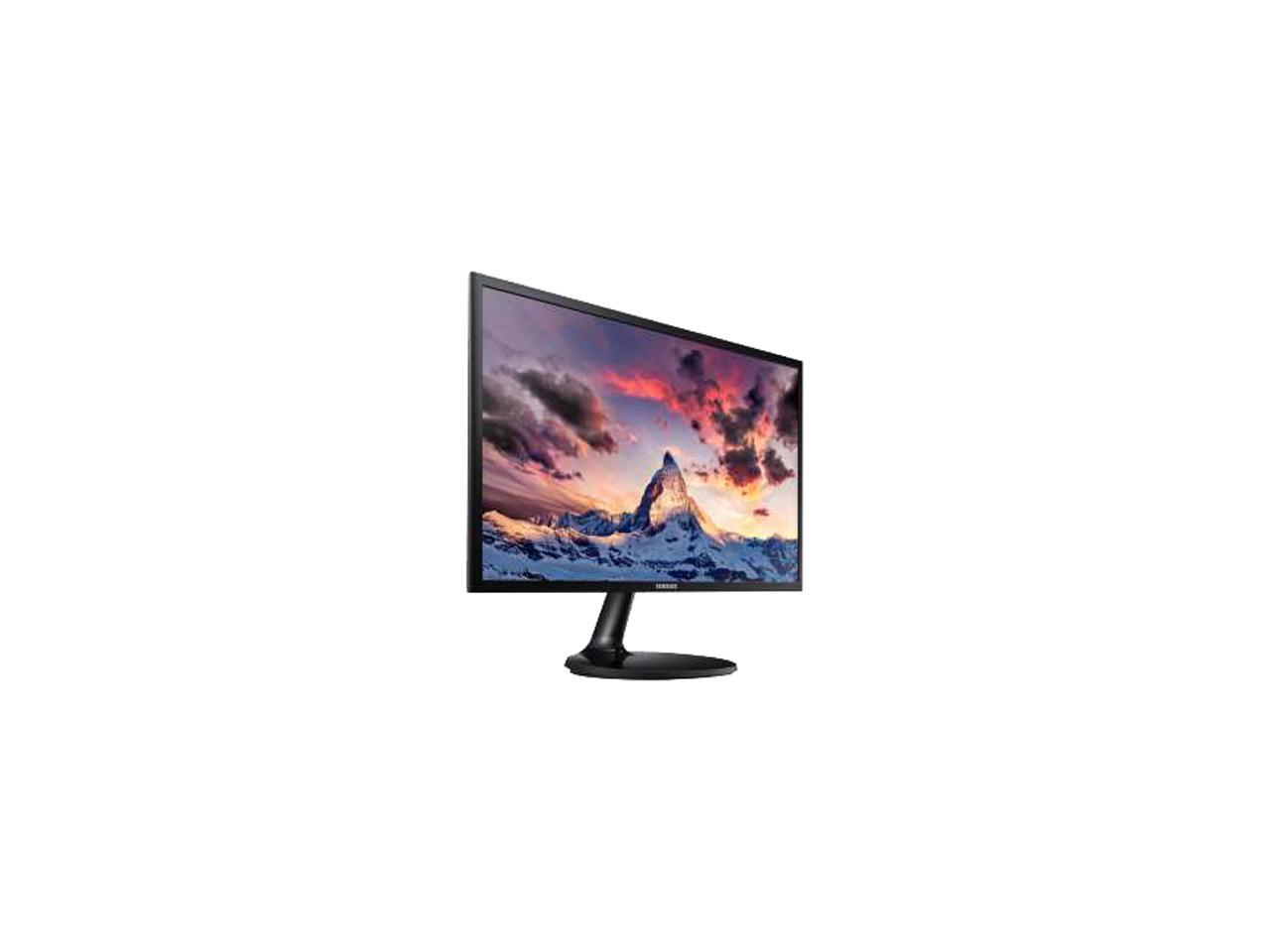 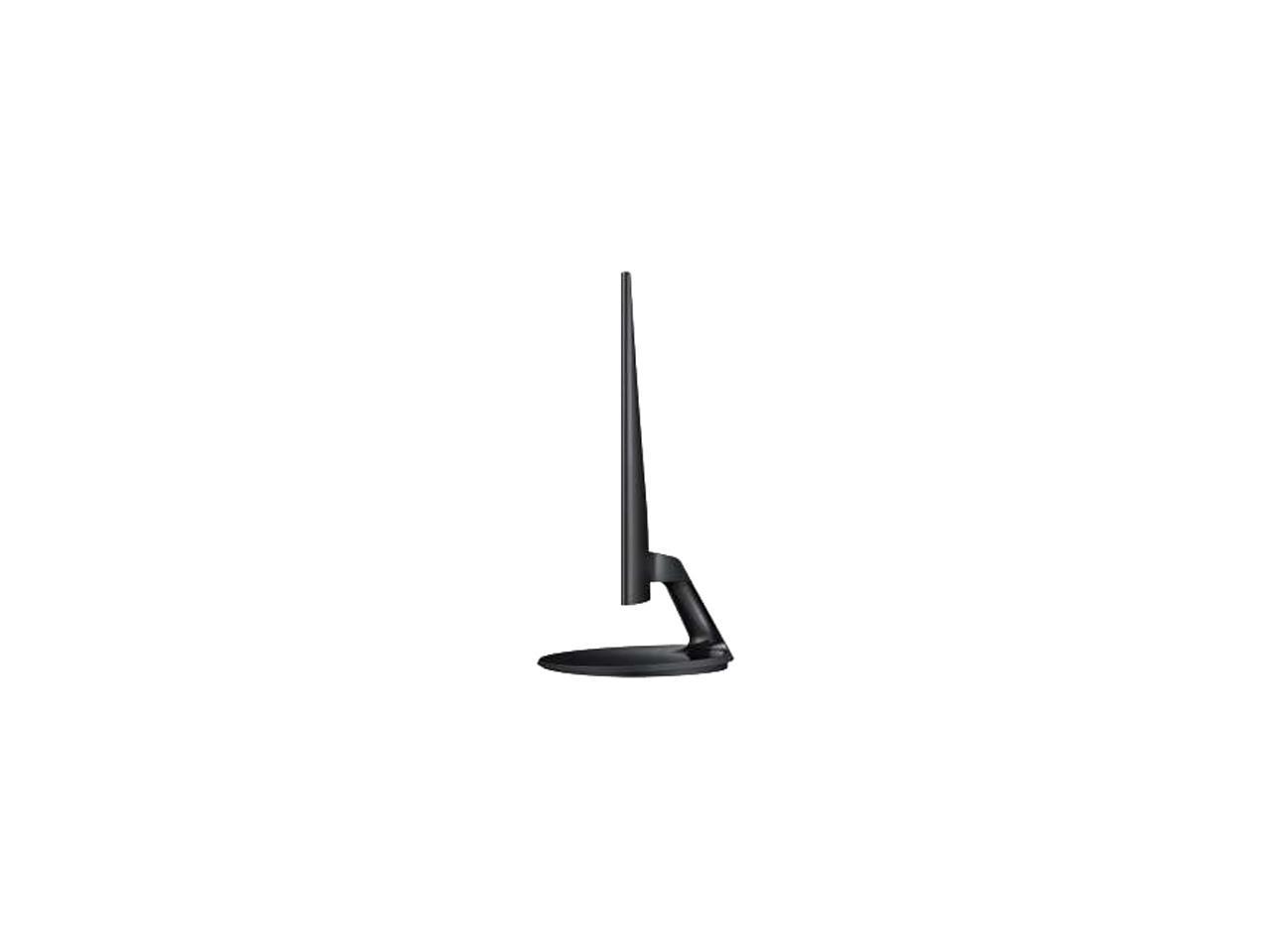 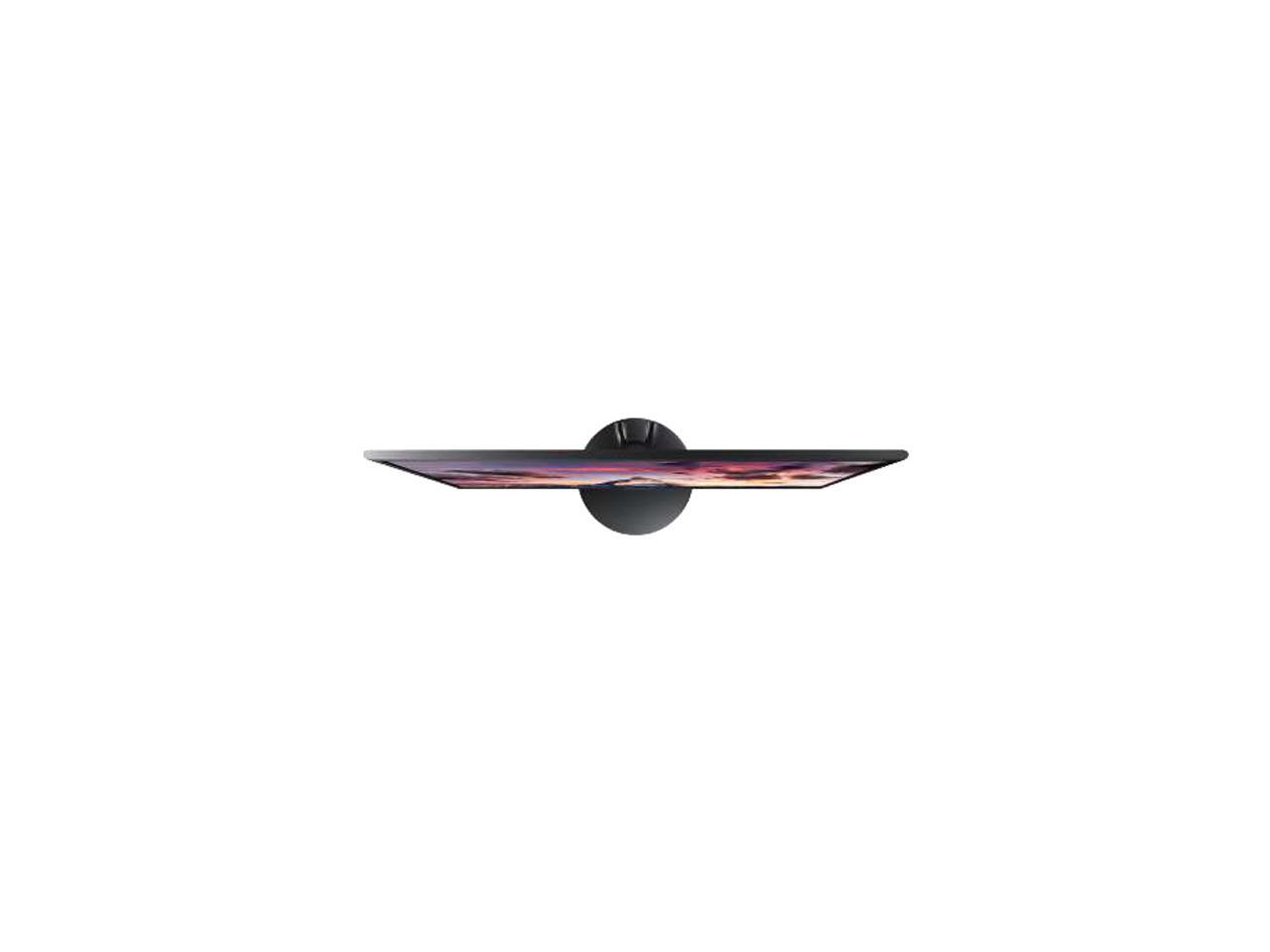 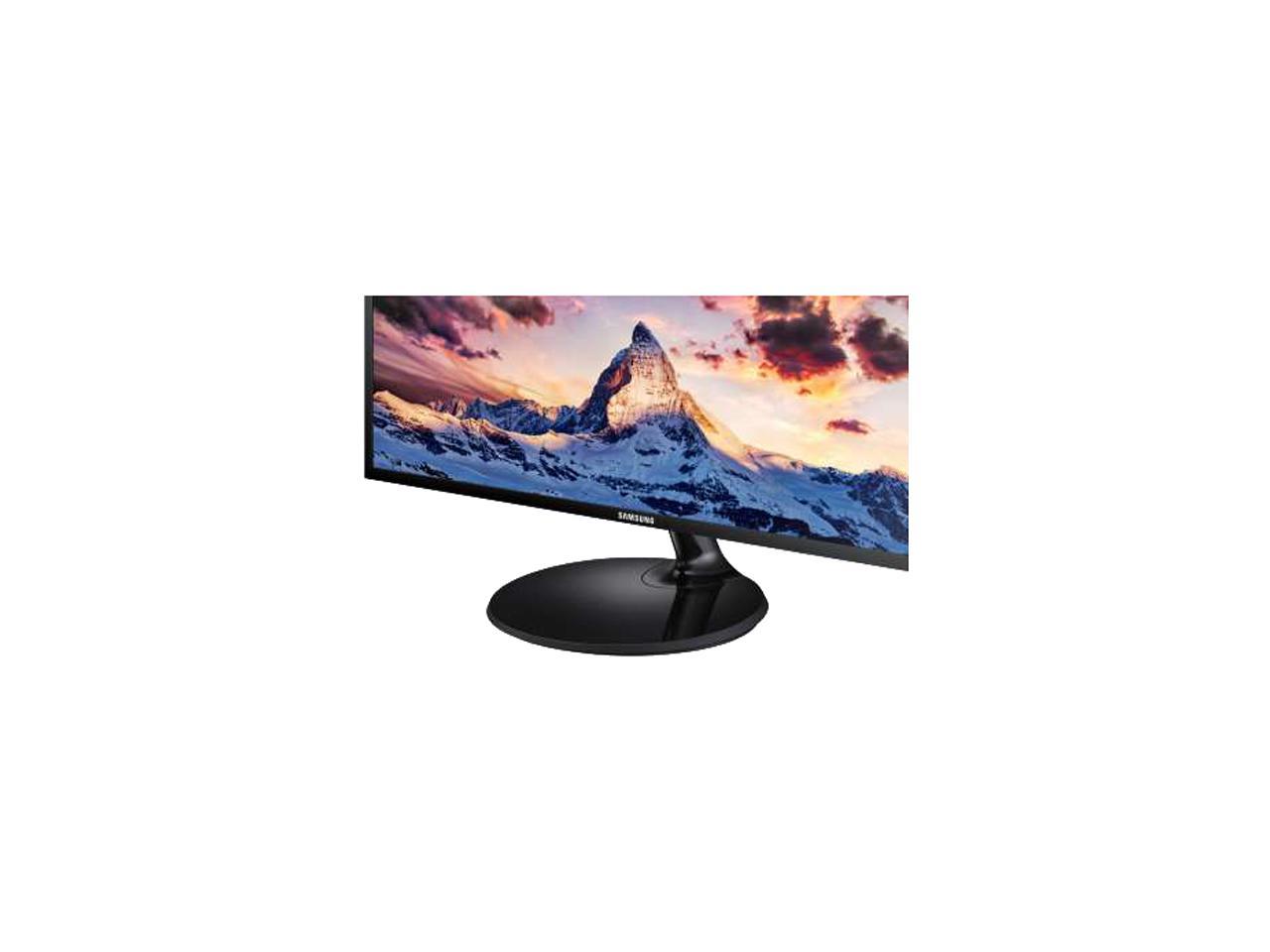 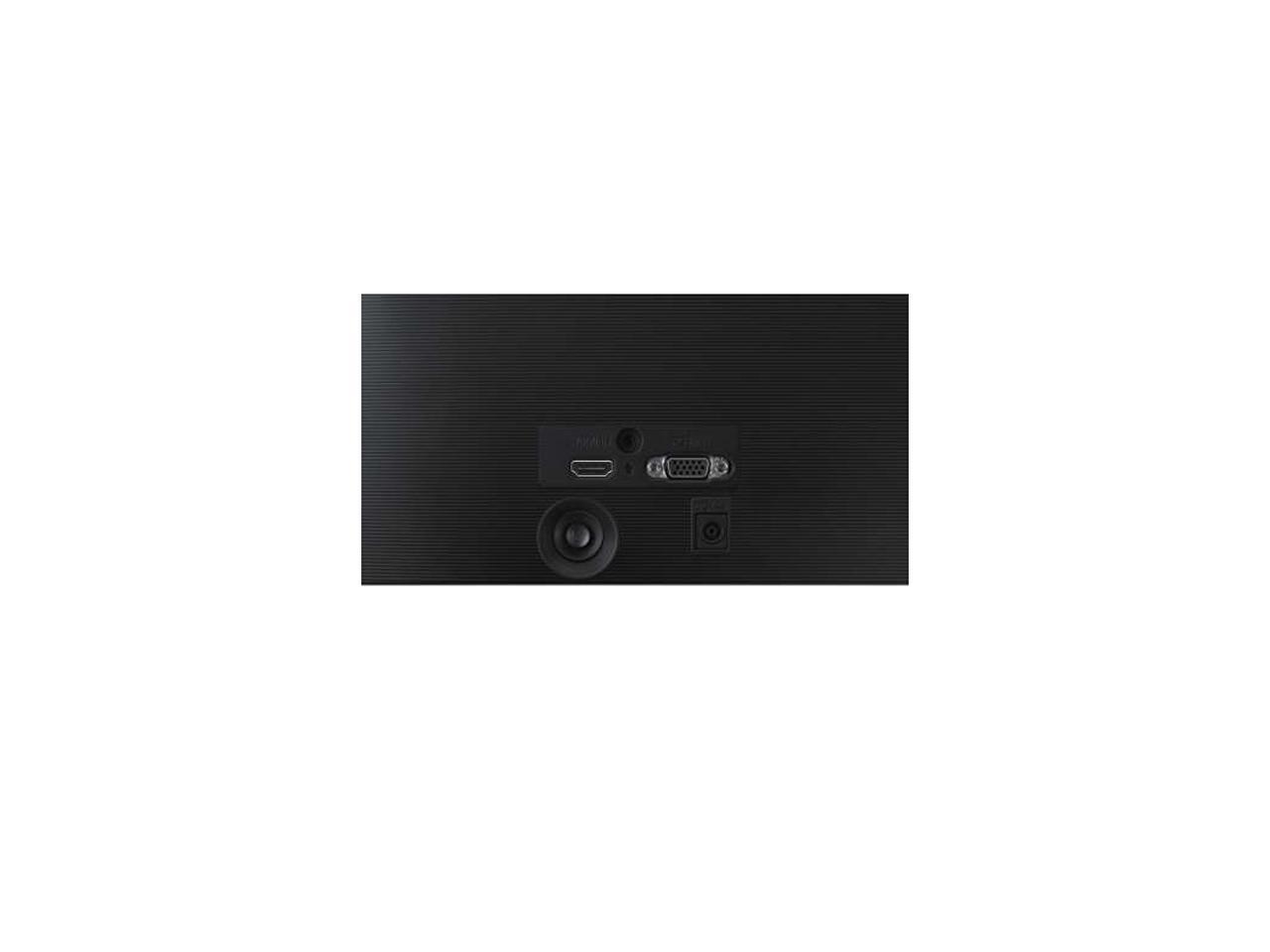 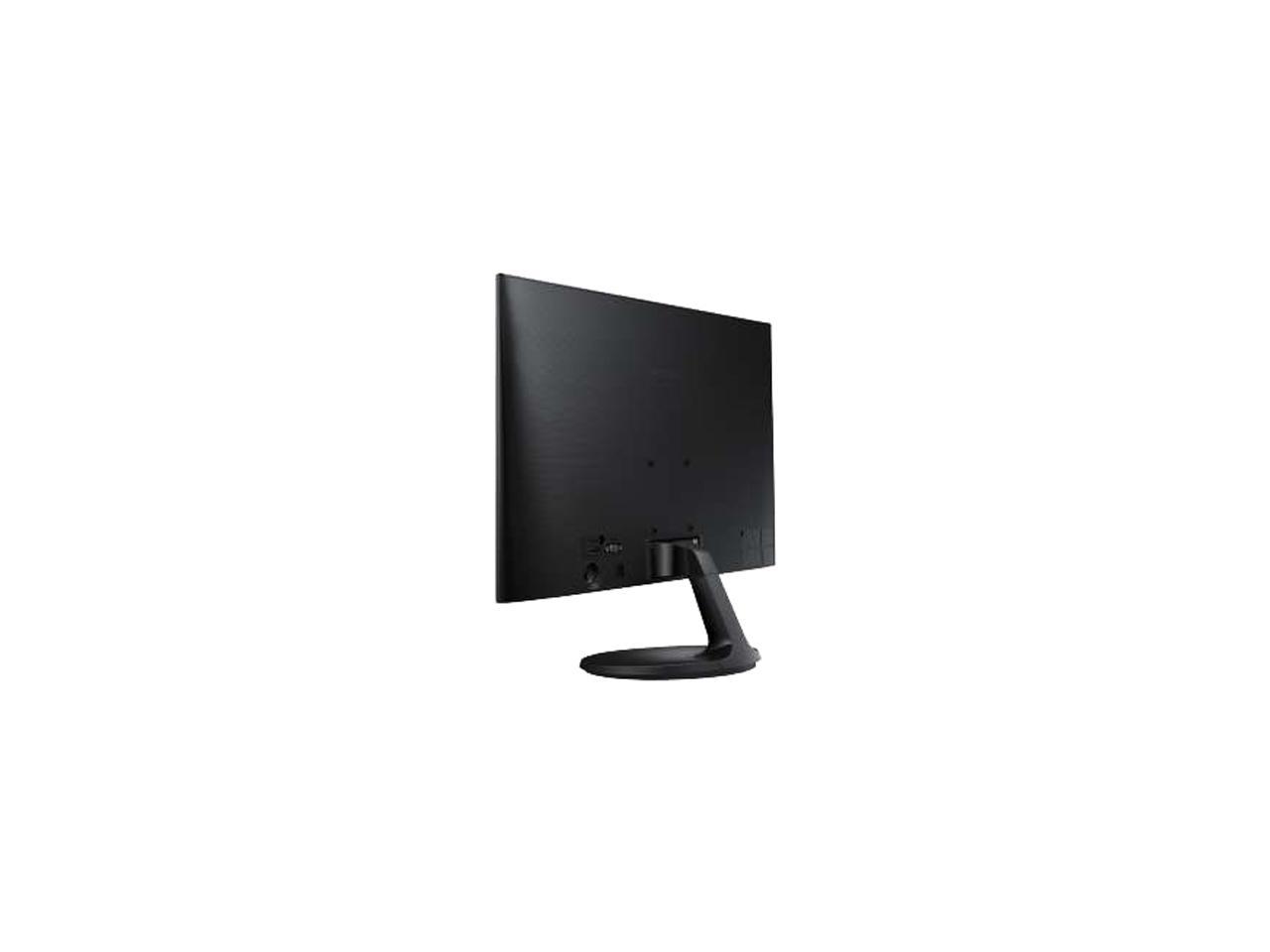 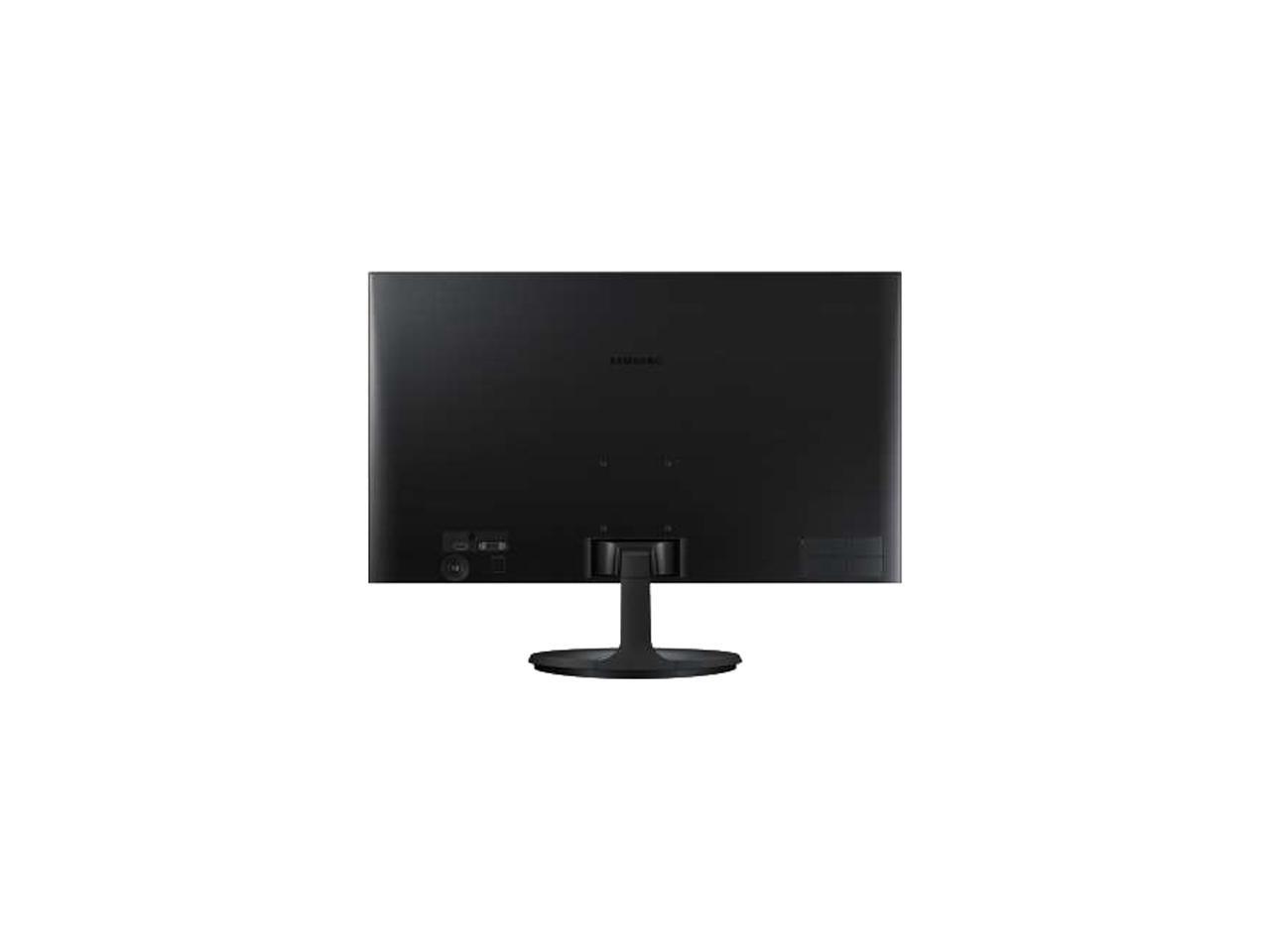 Learn more about the SAMSUNG LS24F354FHNXZA

Pros: Lightweight, functional for basic office environment. It has both HDMI and D-Sub ports.

Cons: I bought them for the VESA mount holes which are not usually present at this price range, as it requires structural metal parts. However, as shown by the photos, the location of the VESA holes are too close to the bottom stand receptor. If your monitor arm uses 75/100 mm VESA plate, you're out of luck. Samsung is too cheap to add a couple of inches of metal to move the mount location to the middle of the monitor. I had to do creative things to remove the stand receptor in order to make it work.

Overall Review: If you're never gonna use the VESA mount, this is a good monitor for office work. I wish the product page showed more details on the contours of the back cover, including the stand.

Cons: Does not tilt. I've never owned a monitor that did not tilt.

Overall Review: It was cheap for the size but I would not buy again because of tilt.

Overall Review: The monitor seems fine for what it is, but I have got to say that there's one reason that I am never going to purchase a similar monitor again. I mainly bought this to serve as a secondary display, so performance wasn't a huge concern. What was a big requirement though, was VESA compatibility. They do have mounting holes for a wall mount or aftermarket stand, but it is almost directly obstructed by their stand hinge or whatever it's called. Now, normally you can remove this kind of thing to get at the mounting holes, but not with this. In order to remove the stand hinge, you have to open up the back of the panel and unscrew it from the INSIDE. So, unless your mount is very un-obtrusive and is the exact size as the mounting holes, then you're going to need to perform some open-heart surgery on this panel. This would be fine for someone confident to do that kind of thing, but I am not one of those people, nor would I expect the average consumer to be. That being said, I did it, but not before damaging the upper bezel of the monitor, exposing the screen's backlight to anyone looking at it from an upward-angle. The monitor still works, but the bezel is being held into place with invisible tape on the corners, and I still intend to use it, but I am definitely not buying a similar model in the future, due to the fact that I wall-mount my monitors and the oversight of this design. The damage done is definitely my own fault for not being as careful as I could have been, but you definitely shouldn't have to pry open the back of the screen to remove a piece made for an optional accessory. TL;DR This monitor is fine, from what I can tell of having it so far, but I definitely do not recommend it to anyone looking to wall-mount their displays, as the mounting point will be obstructed by the built-in connection point for the stand that comes with it, unless you have a VESA compatible mount that is exactly 75 x 75mm, or relatively close.

Overall Review: i got the monitor about a month ago and it had a few dead pixels but i was fine with that since it was for work and not gaming. it worked flawlessly for about a month but unfortunately when I went to go use it a few days ago left side of the screen had a large pink line about three pixels wide going down the whole screen. i tried everything from new HDMI cables to trying different devices and it still wouldn't fix it. I'm not giving it one star because for the one month it worked it worked amazingly with no problems.

Cons: Does not tilt

Cons: should be ship in a box that doesn't say what it is i happen to be home when it came but if i wasn't everyone would of seen that there was a monitor and with the way things are in this world today someone may have taken it.

Overall Review: would recommend this to anyone .

Pros: This is the third monitor same brand I have purchased to setup my work from home office with dual screens and decided to purchase this one for my personal desk.

Cons: The only con is the wires if pulled or moved can cause the screen to black out for a second.

Overall Review: I happy with the purchase and would recommend the protection plan.