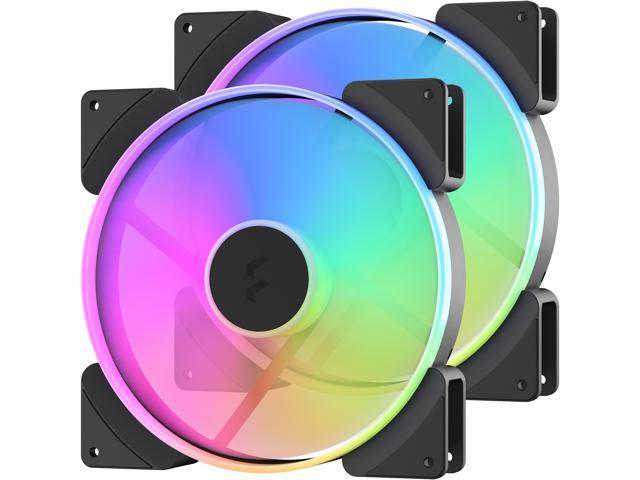 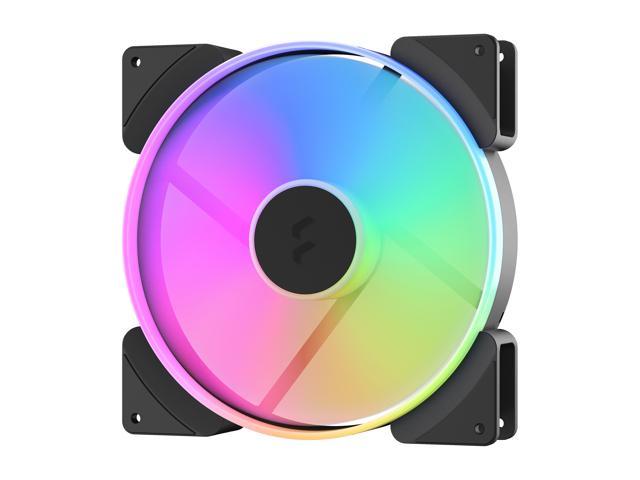 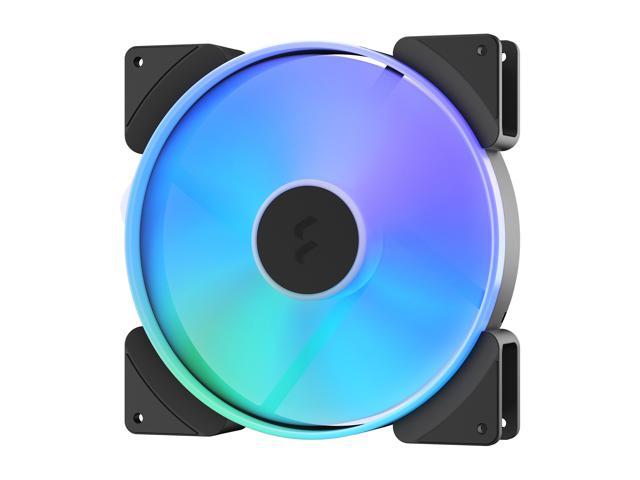 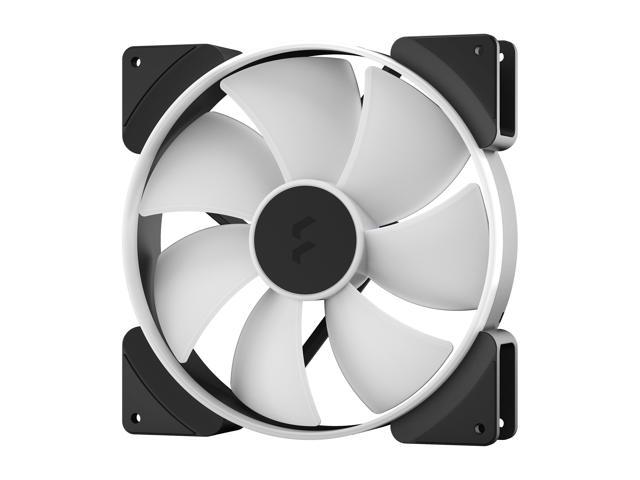 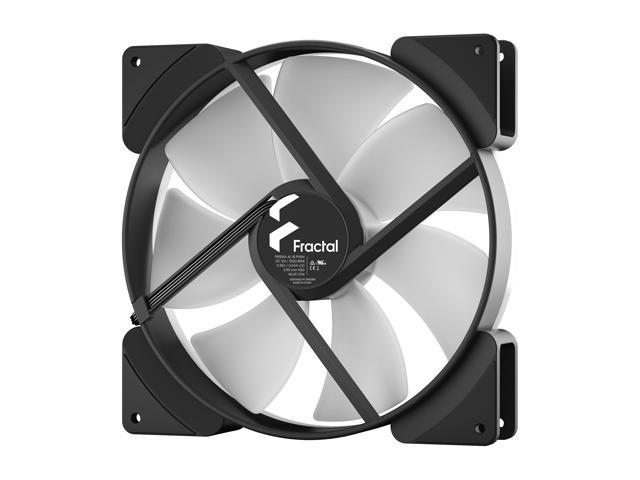 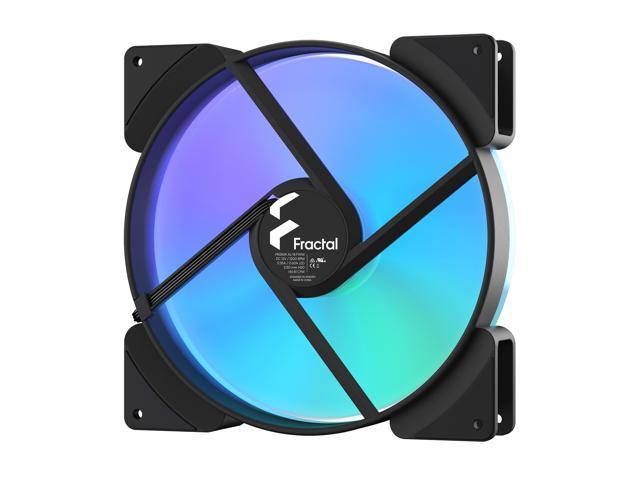 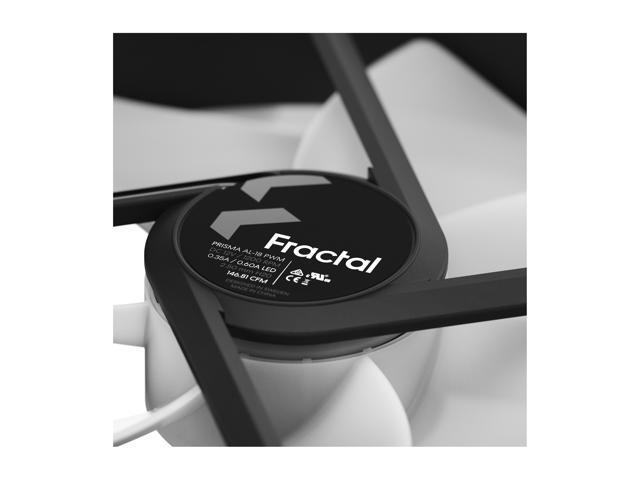 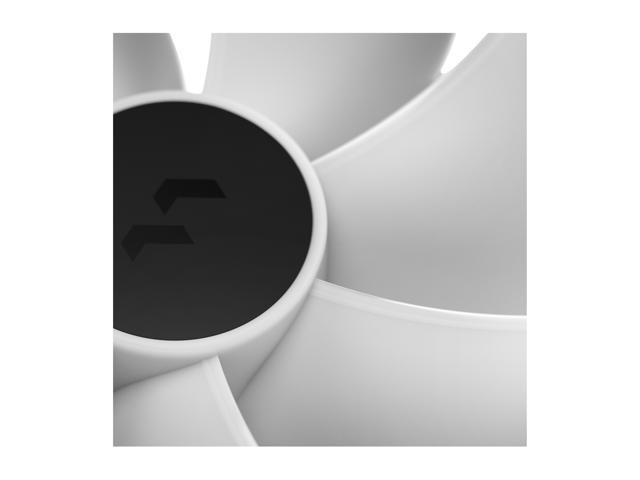 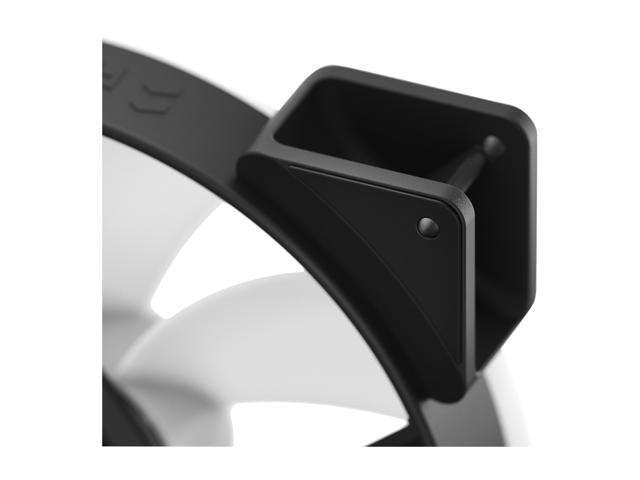 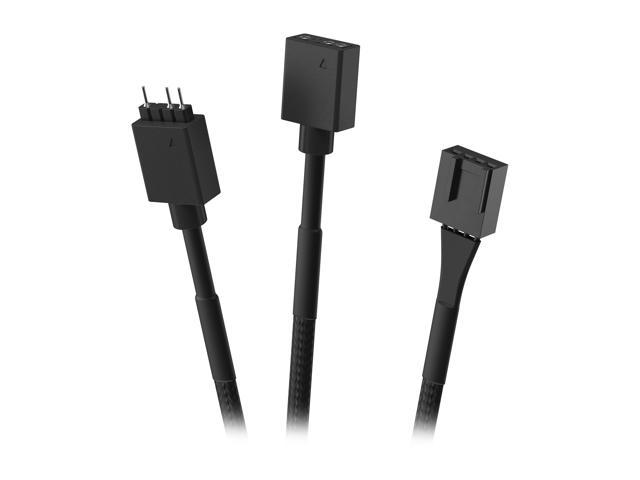 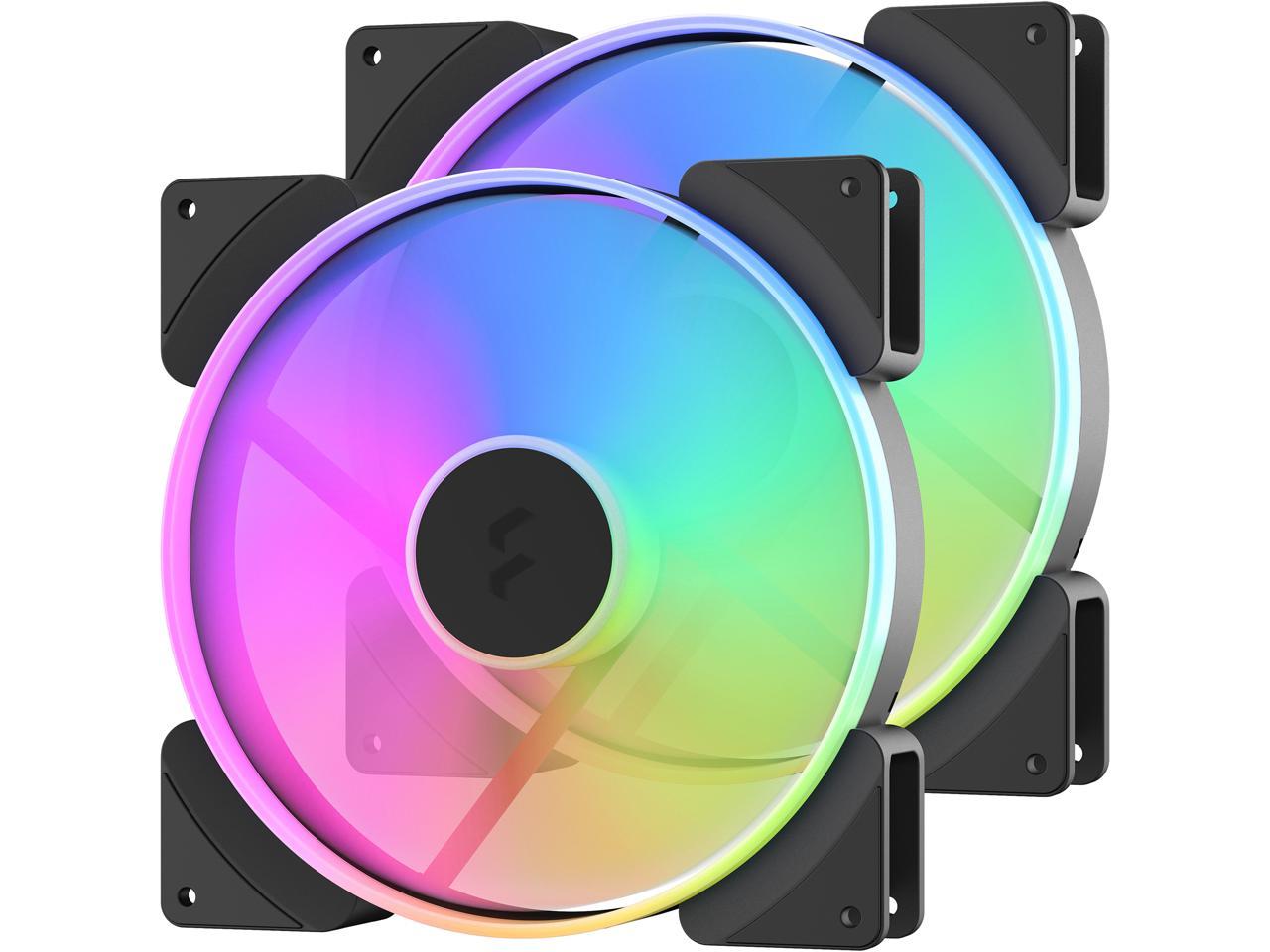 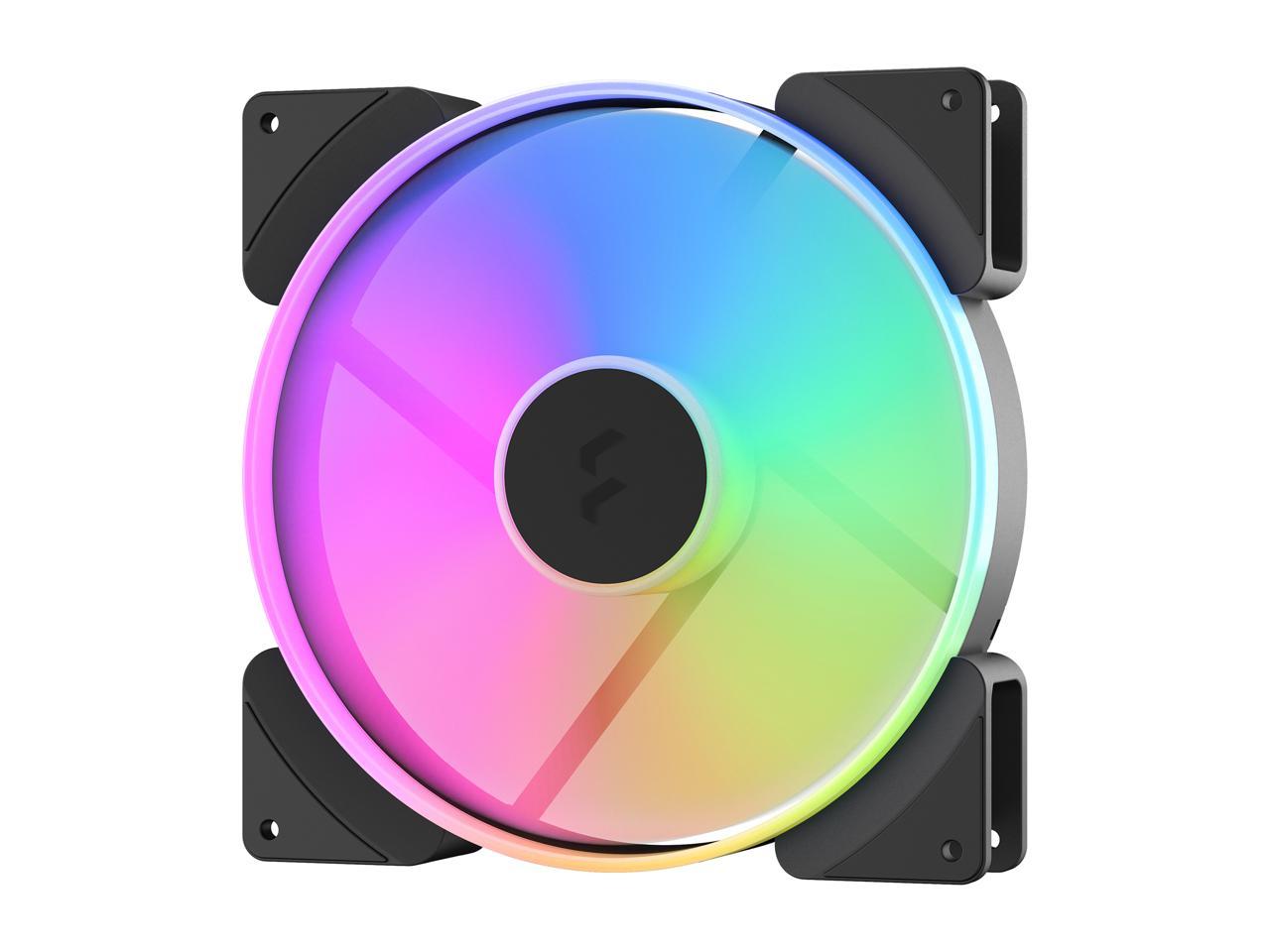 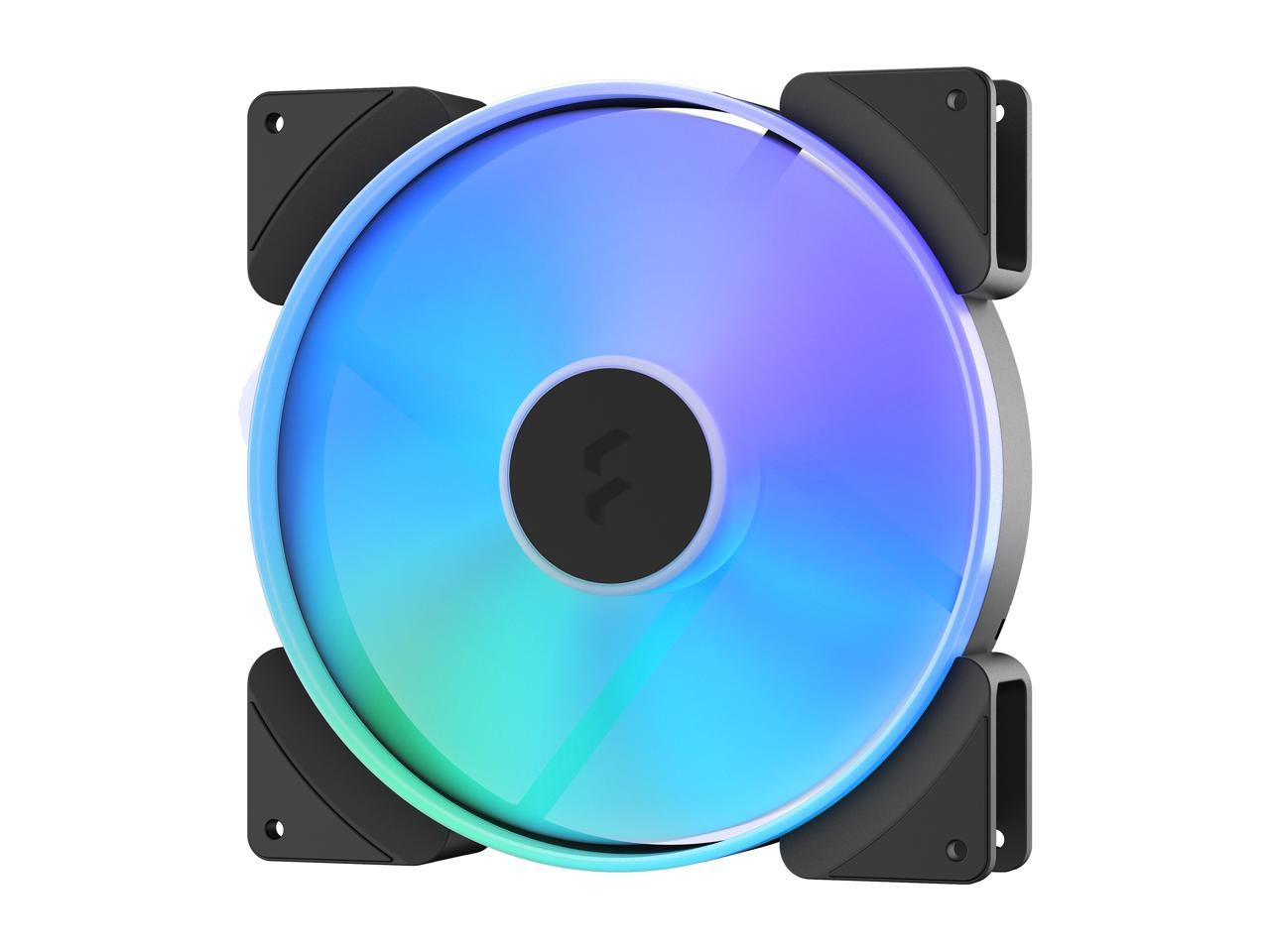 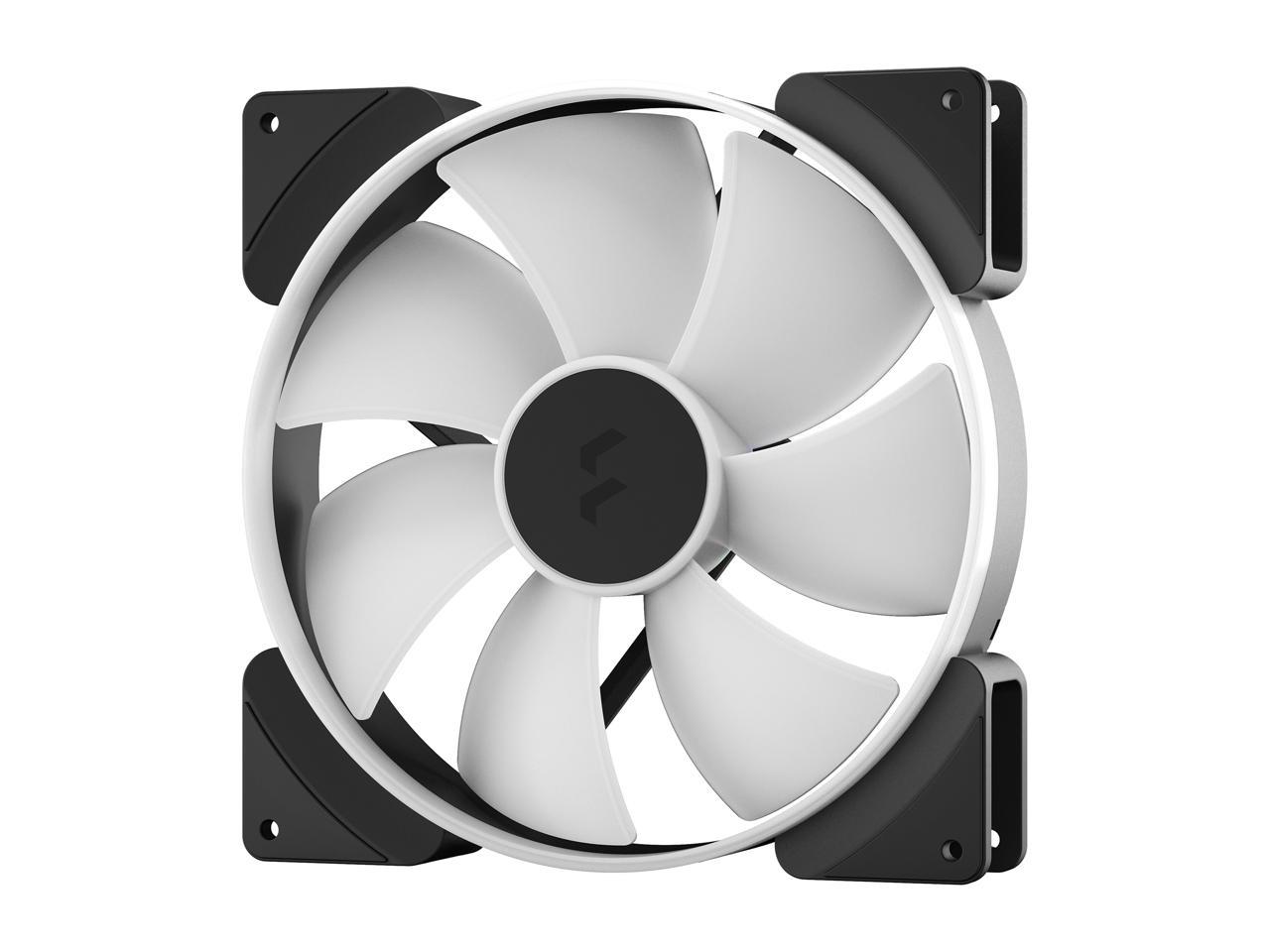 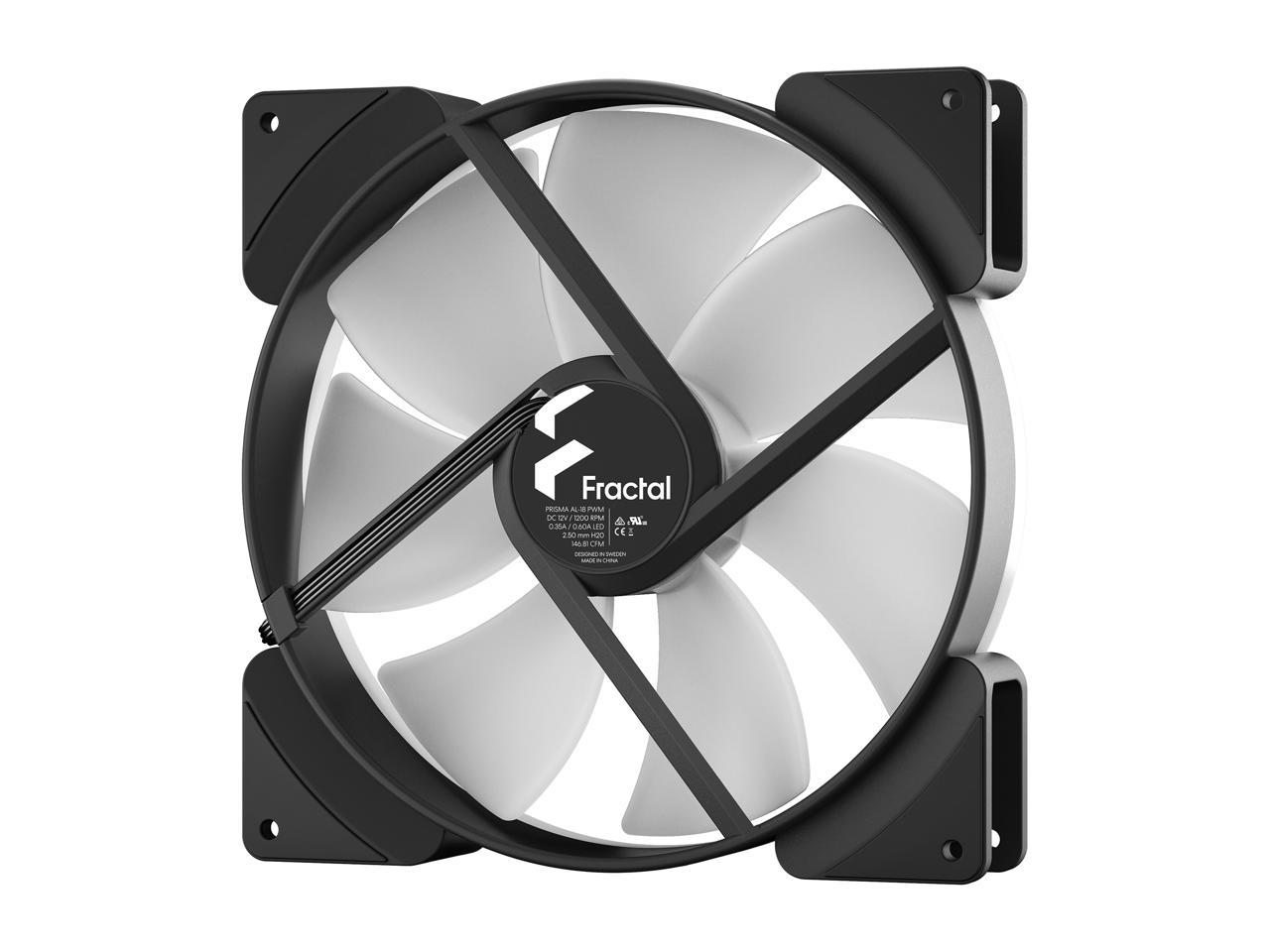 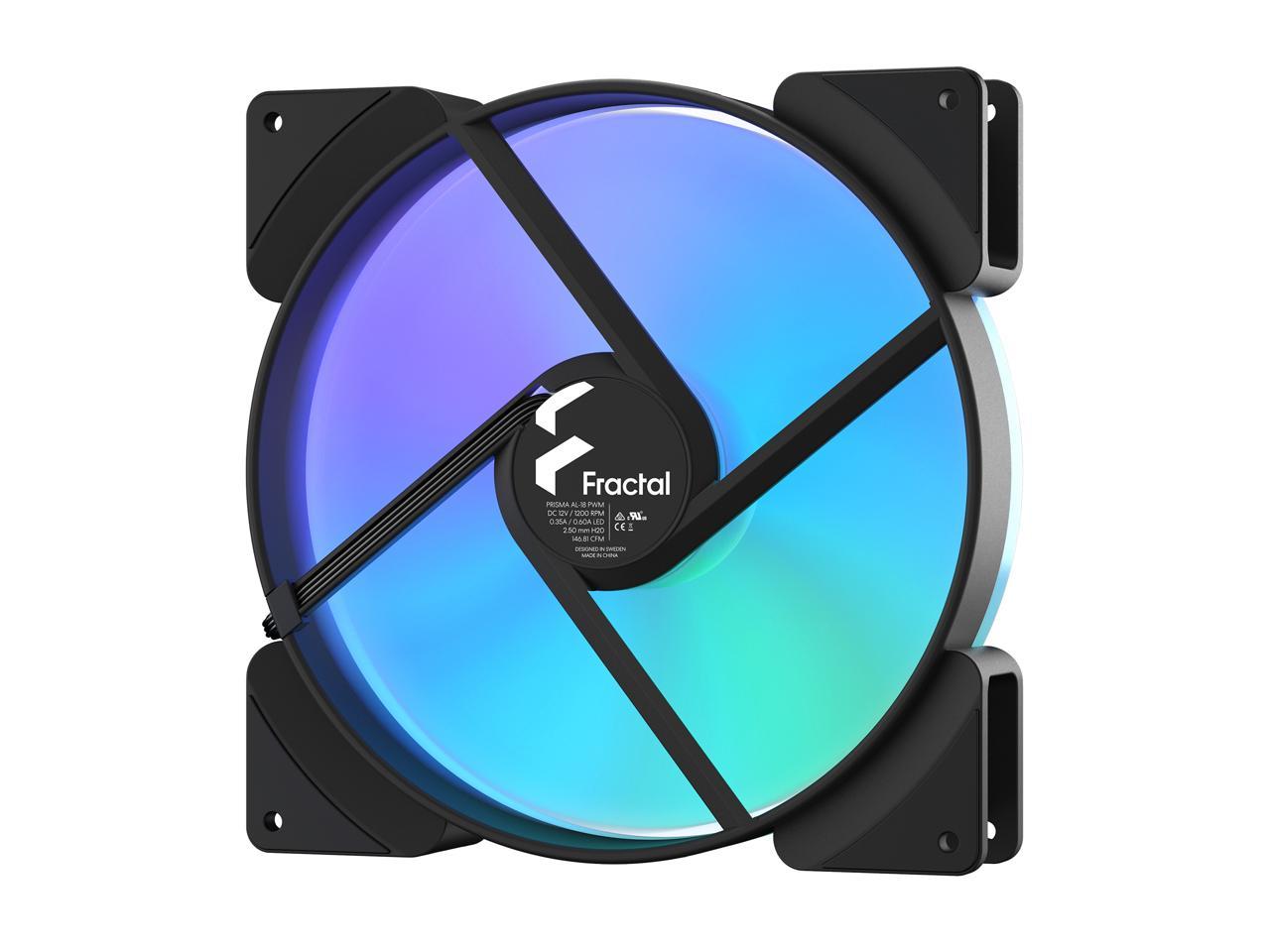 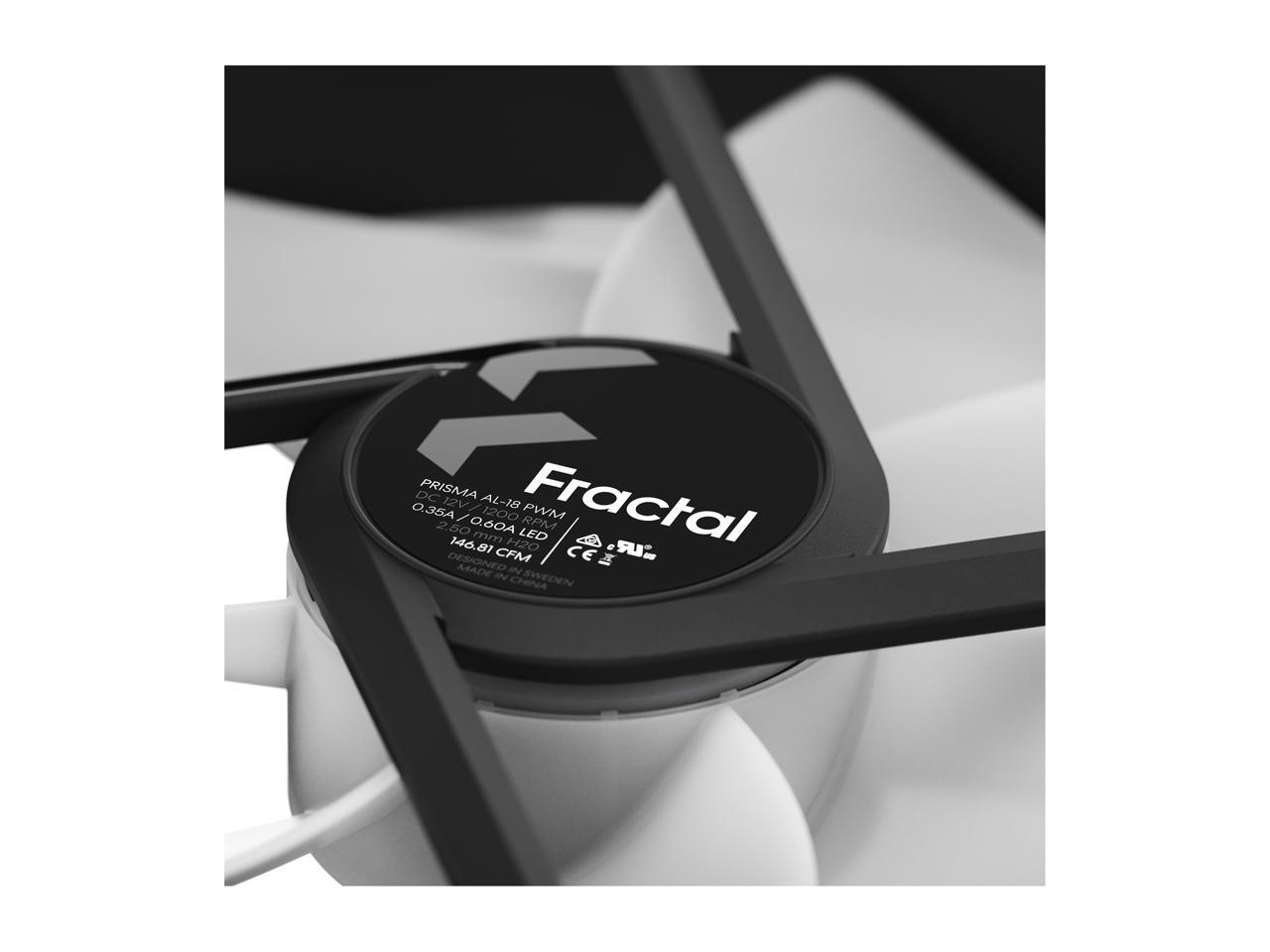 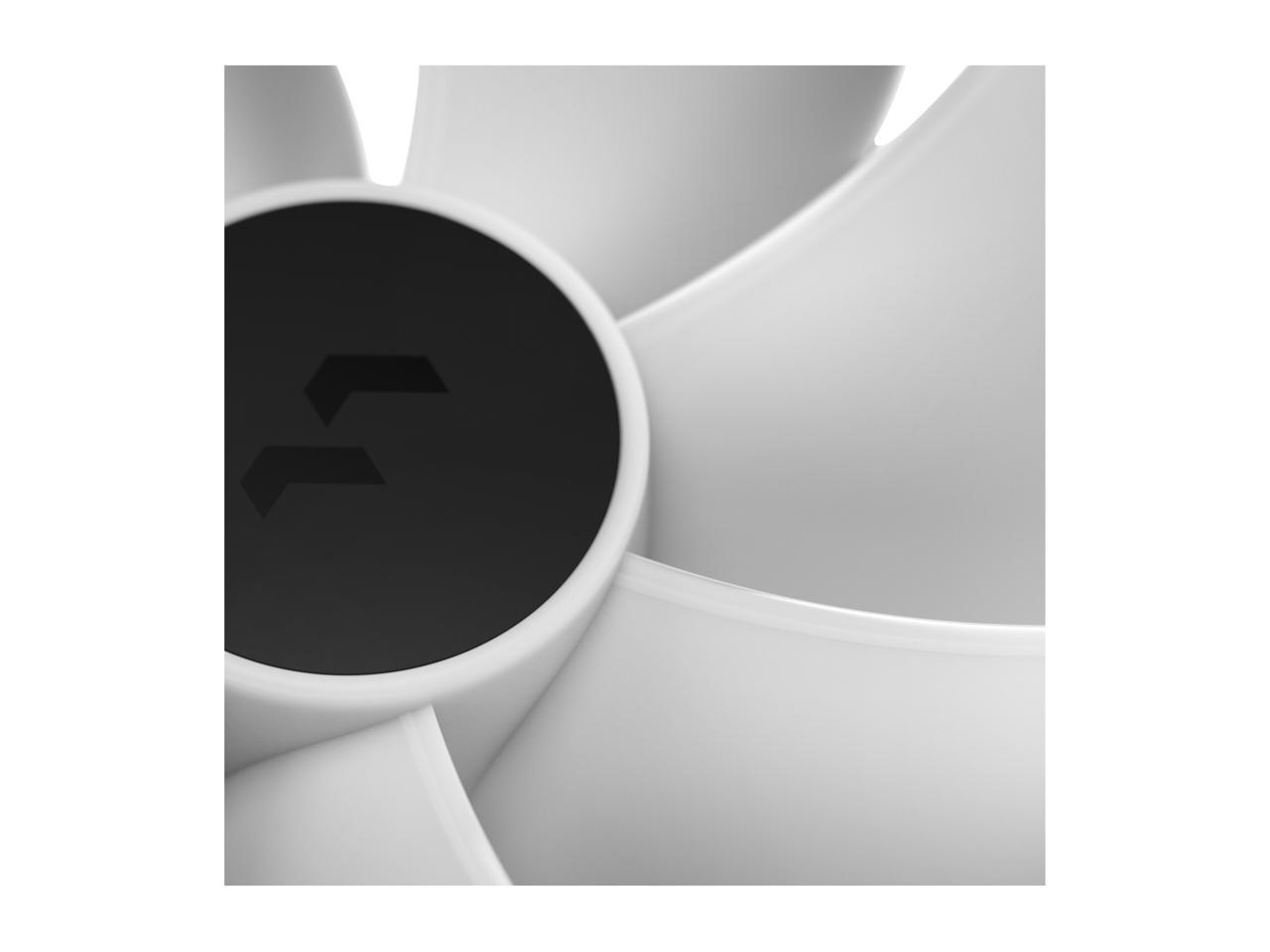 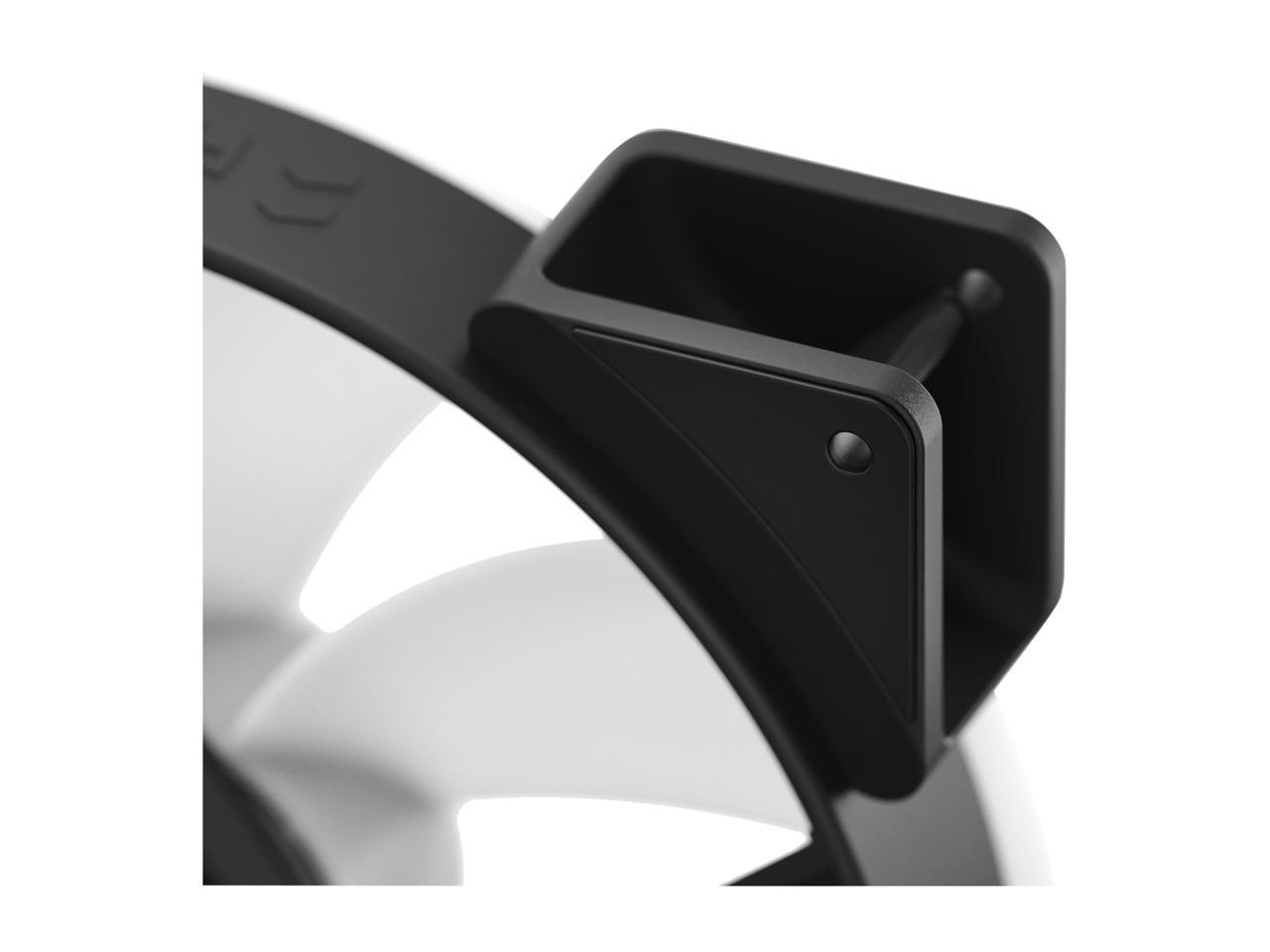 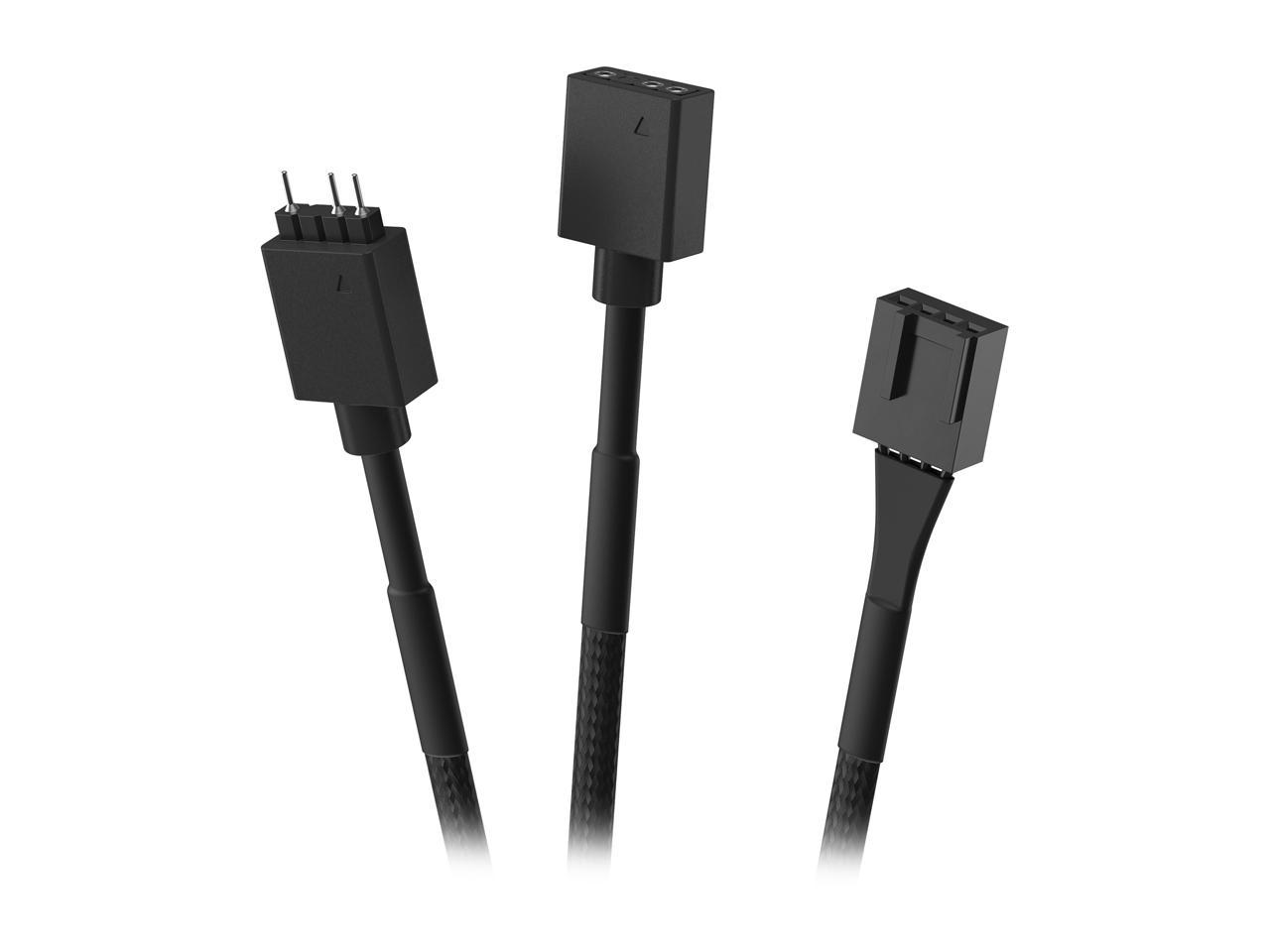 The Prisma AL-18 is a powerful 180 mm fan that truly impresses with voluminous airflow. Massive blades, stout 38 mm thickness, wide 300-1200 RPM range with PWM control and anti-vibration rubber paddings allow the AL-18 to yield remarkably high airflow while remaining remarkably quiet. Onboard RGB LEDs work with control software from major brands like Asus, Gigabyte and MSI to produce fantastic lighting. So the Prisma will be seen, not heard.

Connect to the Adjust R1 RGB controller (available separately) for physical control of colors and effects.

Pros: The shear size and depth of these fans are impressive, the lighting works with asus Aura effects perfectly, providing you have the correct pin out, I liked them so much I went with 4 of them, In a white torrent.

Cons: only thing here that lost an egg, the leds need better defusing, in the fractal torrent case at some angles the leds themselves show. Better defusing would be nice.

Overall Review: I lost a bit of cooling efficiency, going with 4, 180mm fans, over the stock fan setup in the fractal torrent, very very slightly, I must add, however the look of 4 really large fans, with this build, large gpu, large cpu cooler, I think worked out well for the overall appearance, overall happy with these fans, the performance is still best of any air cooled class, that I have ever owned. I recommend them.