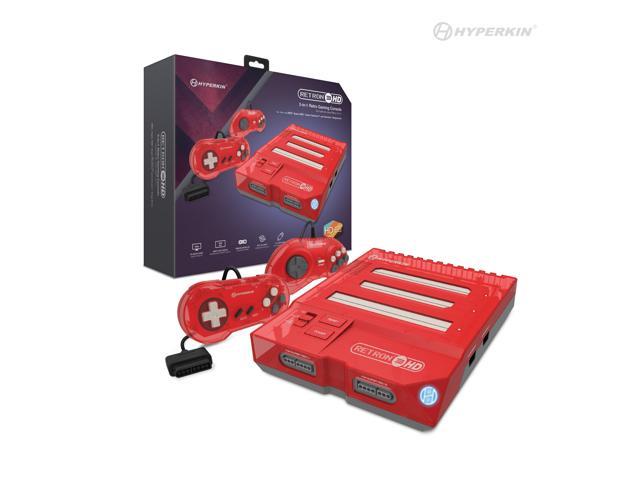 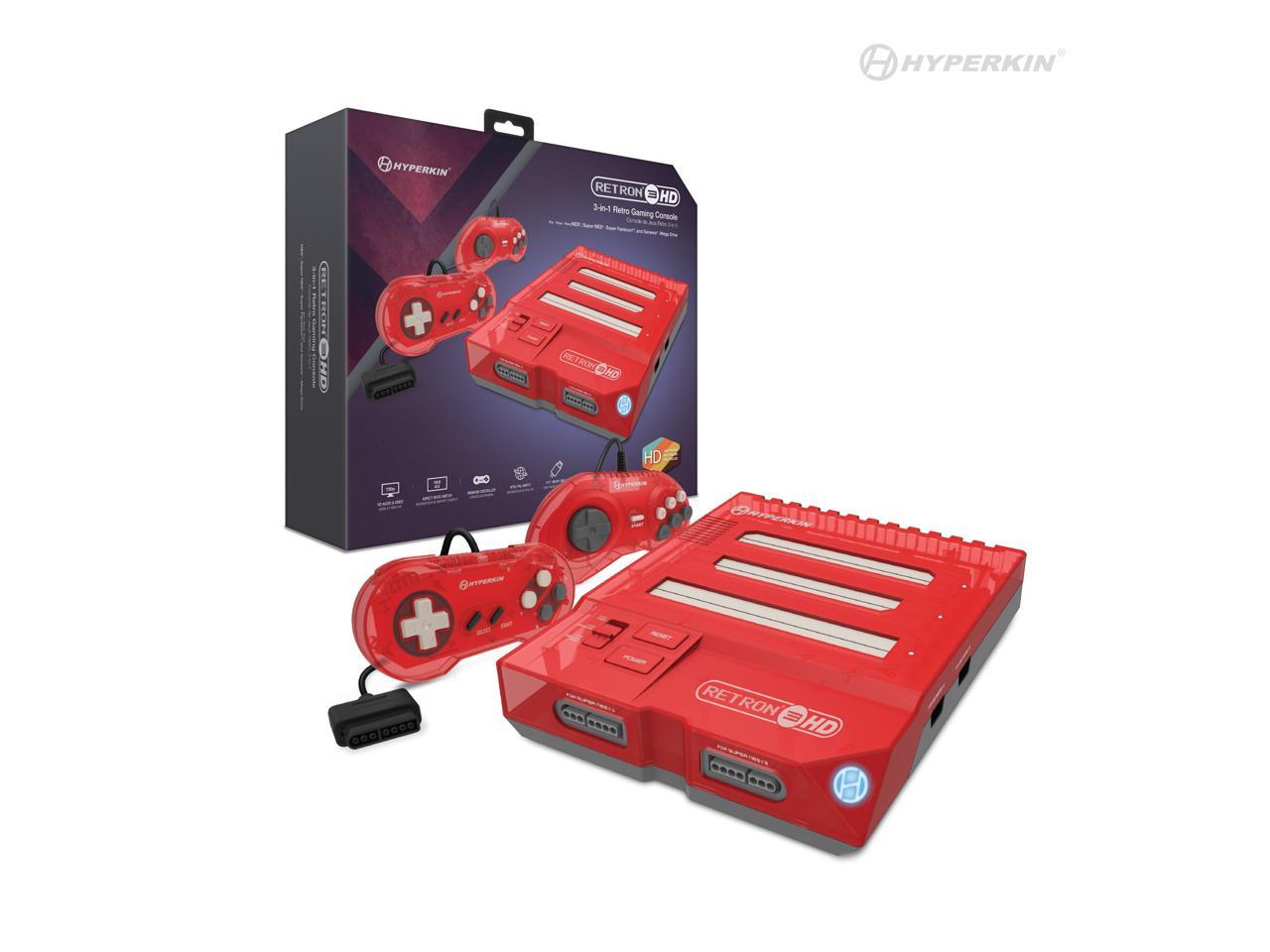 Pros: - Has both HDMI and Composite output. NOTE: Composite seems to be a LOT more accurate to the old-school look. Most review videos only show the HDMI output, and most of those reviews complain about the colors being too dark. Composite output doesn't have anywhere near as much color inaccuracy. - Comes with SNES and Genesis controllers. - Both of the controllers have really responsive face buttons. - It's three systems in one case. Each one has independent cartridge slots, region switches, and controller ports. This allows you to leave each system set up so you can swap between them quickly. - My unit included a USB power adapter in the package. (Apparently this isn't consistent...?)

Cons: - Not everything is perfectly the same as a real NES, SNES, or Genesis. The NES is the most noticeable. Colors can be a bit off, and sound is a bit tinny at times. It's almost like the audio circuitry needs a low-pass filter to sound right. - Does not include a NES controller, but includes a dongle to convert a SNES controller to NES. It's an okay solution, but not great. There's something not-quite-right about playing NES games with a SNES controller. But any old NES controller will work, so I just use that. - The included controllers have really bad D-pads. You can push the D-pad downward in the neutral position, and inputs will fire. This is 100% caused by the center "nub" on the bottom of the D-pad not being tall enough to reach the back of the controller housing. But again, I don't use the included controllers. - Also, the L/R shoulder buttons on the SNES controller have a mushy feel, but that's probably just due to soft silicone membranes. It's not too bad. They're each just a minor issue. But together, these minor issues are why I rated it 4/5 instead of 5/5.

Overall Review: If you've done your research on these, you know what to expect. It runs original NES, SNES, and Genesis games, with some minor inaccuracies compared to original hardware. I bought this for the NES, primarily. My NES from 1987 isn't working so well these days, and I wanted to get something that isn't so much hassle. And for that purpose, this works VERY well. No more blinking red light of un-death. Just to note: I did NOT test the Genesis functionality at all, since I don't have any Genesis games.