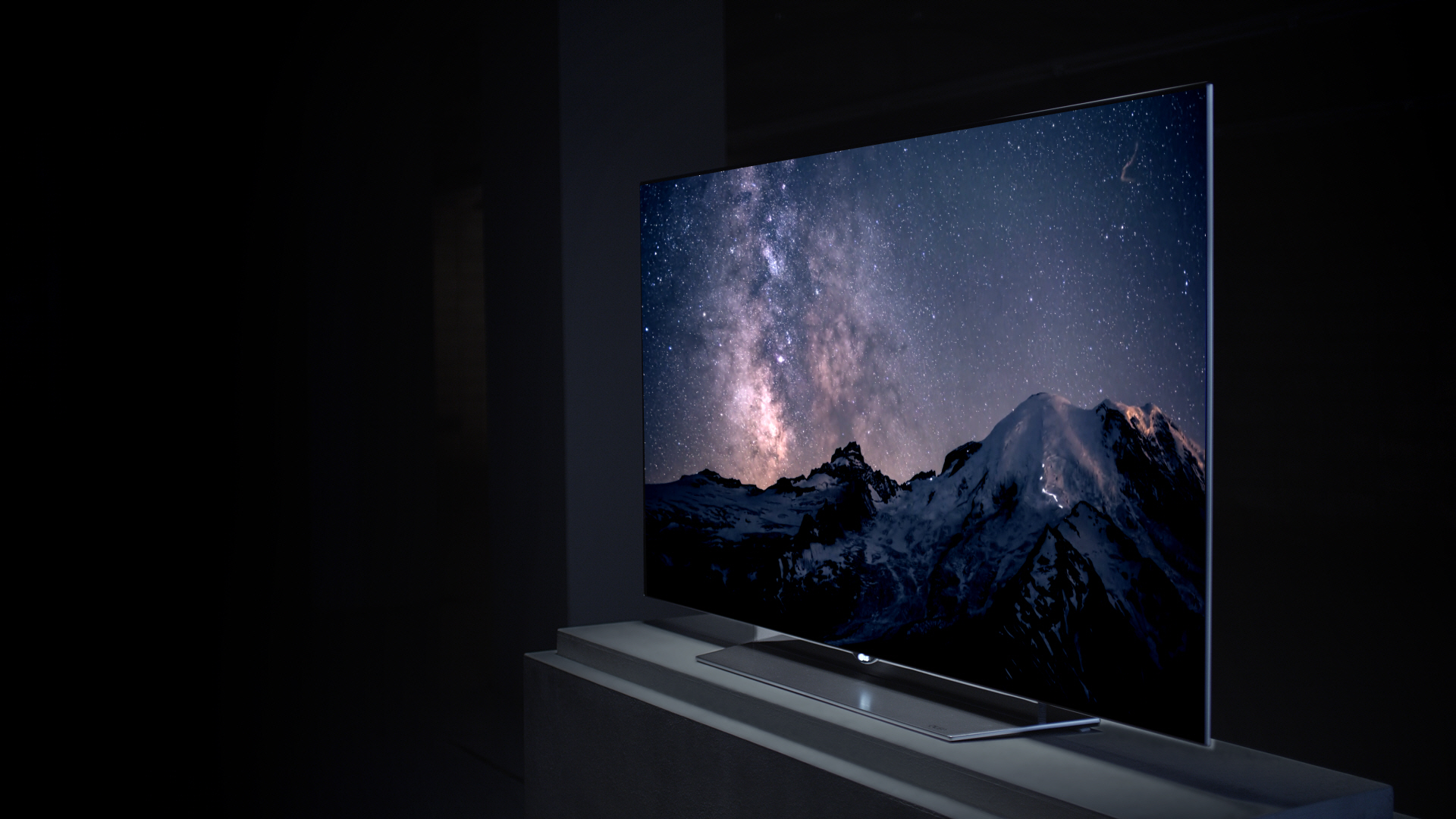 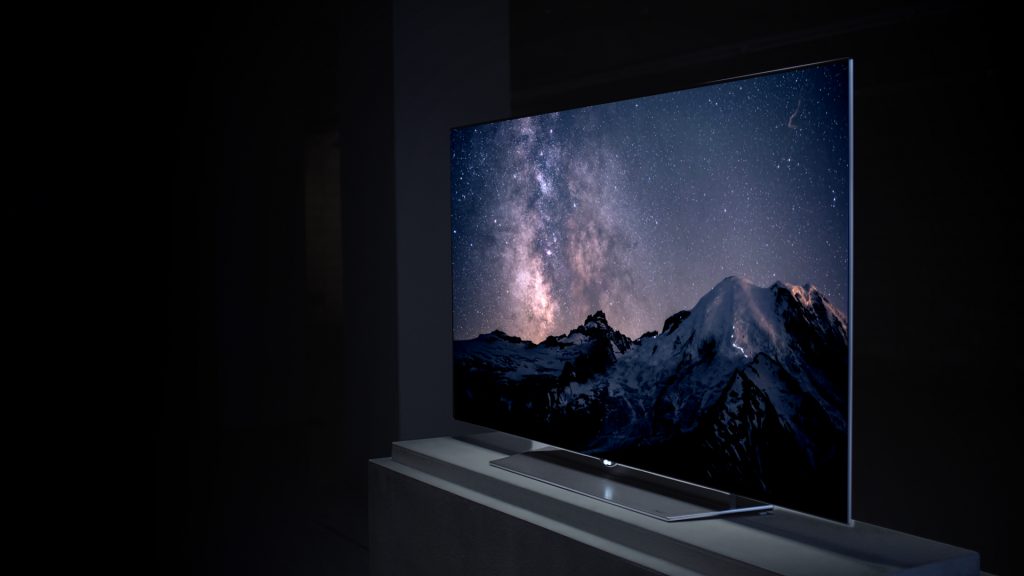 Every January at CES, the major TV brands come out swinging with massive booths plastered floor to ceiling with the latest models, parading their new technology with brilliant displays of color. Fast forward to mid-June, and those new models are now finally available with the latest and greatest video technology unleashed to the masses.

The one thing that becomes apparent quickly when looking into TV technology is the liberty brands take with their marketing language in boasting about performance. The saying “the devil is in the details” was never more true than in the television market, as asterisks on brand websites noting comparison parameters or branded tech terminology can get confusing quite quickly without a proper frame of reference. We put together a guide to help make sense of the TV buying process, and have some of the best TVs of 2018 that have made their presence.

While it may be a second nature to some, the TV jargon used when shopping for a new set can be a foreign language to the uninitiated and it doesn’t help that certain terms are quite similar. A few of the most popular terms that are important to know when TV shopping are below, and for a deep-dive into all the lingo used, check out the Crutchfield glossary.

1080p– This is the shorthand for 1920×1080, a high-definition video format commonly referred to as “HD” or “true HD”, and notes the resolution of the picture displayed. The number specifically refers to the amount of pixels that span the width of the TV set which make up the picture.

4K– Also seen as “UHD” or “ultra high-definition”, 4K resolution TVs have a pixel count of 3840×2160, which is twice the horizontal and vertical resolution and four times the pixel density of 1080p. This means fine details can be much more accurately displayed, and a clearer picture results from this.

Backlighting– On LED TVs, the illumination is provided via LEDs, casting light into the LCD to produce a picture. Full-array backlighting provides LEDs across the entire back of the panel,

Contrast Ratio– This is the difference in ratio form between the television set’s brightest bright and blackest black. TVs with high contrast ratios are able to display detail and sharpness to the colors, with the picture appearing rich and not washed out (as lower contrast ratios will show).

HDR– HDR is short for High Dynamic Range, which is an effect to the picture that displays greater contrast and a broader range of brightness so that the video appears to “pop” more. Also, picture detail is greater in shadows with an HDR setting and the picture should look more true to the natural appearance of what is being shot.

LED– Light-Emitting Diodes are the light source behind all modern television sets, which are low-energy and efficient. In normal LED TV sets the LEDs provide a white backlighting to a LCD (liquid crystal display) panel, which then produces the different colors for the video picture.

OLED– Organic Light-Emitting Diode TVs utilize the LED assembly to not only produce the luminescence, but also the full color spectrum for the picture as well. Since these televisions do not need to have a separate panel to produce color they are thinner, lighter in weight, and more energy efficient than traditional LED TVs.

Refresh Rate– This refers to the amount of times per second that the picture on-screen is changed, and a higher refresh rate allows for smoother imagery with fast-moving content without motion blur. The higher the refresh rate, the more fluid the action will be when viewing sports or playing video games. While refresh rates are usually 60Hz, 120Hz, or 240Hz, often times manufacturers will advertise a higher refresh rate which will actually use a lower true refresh rate and combine it with backlight technology to reduce blur.

Smart TV– Smart TVs are taking up most of the televisions on the market today, and they connect to the internet to utilize apps. Apps included are generally for content streaming services, social media, weather, or other integrations with Smart Home technology in some cases.

When it comes to sifting through the various specs, some are naturally more important than others across the board. TV size (more on choosing the right size for the room later), and resolution are the first considerations that need to come into play. 4K TVs are the most popular now, and worth getting without a doubt. The extra clarity and pixel density make for a far greater viewing experience and should not be overlooked to save a little cash. Unless the TV is for a little-used application in the garage just for background noise or something where 1080p will do, 4K is the way to go.

Currently, there are limited outlets for 4K or HDR content aside from Netflix or Amazon, however the availability is growing and both these features should be included on your TV choice as the picture will look much better.

For users who regularly watch sports, or game on their TVs having a higher refresh rate is going to be a critical component to choosing the right television. While refresh rates of 60Hz might be fine for other viewers, when watching high-action content there will be a motion blur that appears. This does not provide the best viewing experience, so bumping up to a true 120Hz or even 240Hz refresh rate will ensure that the picture remains consistent and the quality of the action is retained.

While there are a handful of different TV manufacturers on the market, everyone is well aware of the big players. Notoriety aside, there are four manufacturers that really stand out to us as great brands to check out in 2018 with their new models hitting shelves. 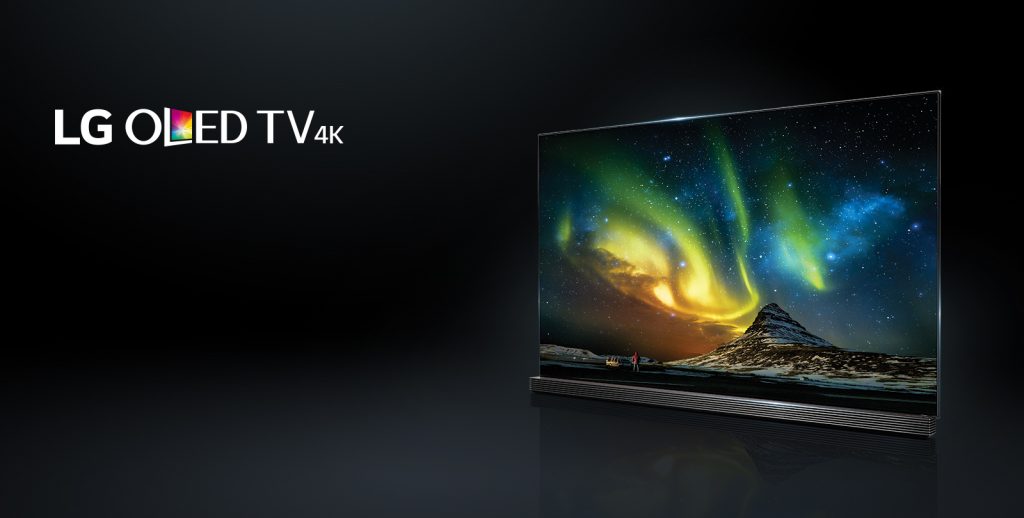 For those who don’t know, LG is the cream of the crop and the leader in TV quality. Their OLED models are pushing the boundaries of what picture technology can do, and they are pumping out some razor-thin sets with epic performance.

Since LG is the panel manufacturer for a variety of other brands, and they are the only true OLED producers, that puts them in the upper echelon of the market. For those looking for the ultimate video quality, OLED is the way to go and LG has the goods.

Most LG TVs are going to cost a pretty penny for all that jaw-dropping eye candy, but their lineup is chock-full of options for those seeking the best. Many of the 2017 model TVs from LG are still hot contenders for fantastic sets, but to get the best-of-the-best 2018 technology is far above the previous iterations. 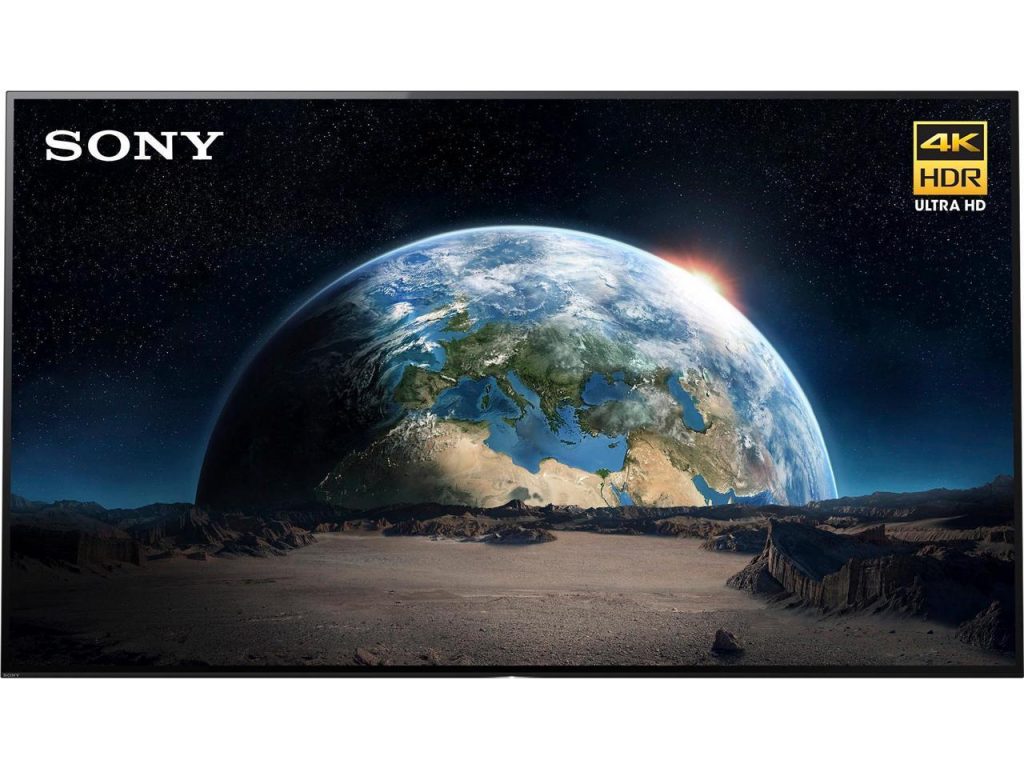 Sony has been a high-end TV brand since longer than I have been alive, and while they use some LG tech for their OLED models they have some nice elements of their own that help make their 2018 televisions hot commodities.

One such piece of tech is their 4K X-Reality and X-Reality PRO chipset duo, which work in real-time to analyze patterns in every scene and enhance the image by elevating the hue, saturation, and brightness to increase the image quality.

Another element Sony is touting with their latest lineup is a calibrated beam design, which works to gather LED light into one sharp beam pattern and reduce the diffusion in their full-array backlight setup. This is designed to give greater clarity, more vivid lights and blacker blacks in collaboration with their HDR enhancement X-tended Dynamic Range PRO. Keeping with the “X” theme, the X-Motion Clarity feature new this year controls the individual image refreshes and optimizes them while increasing the brightness to make for smooth action scenes. 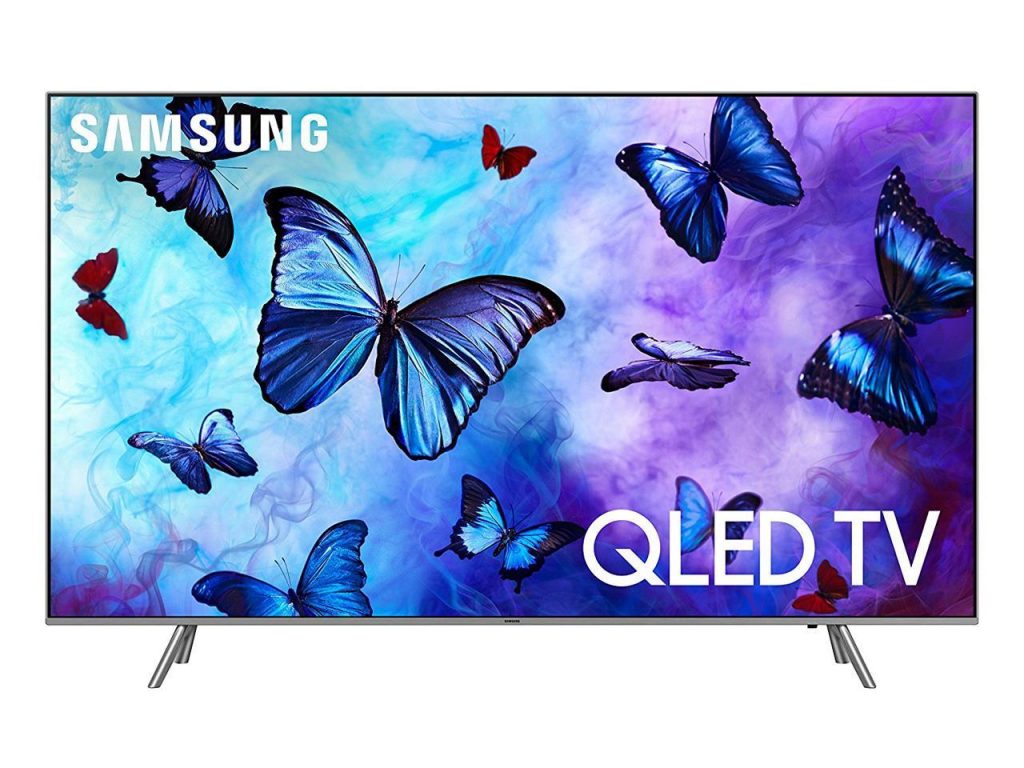 Samsung utilizes proprietary technology in their premium models, which are labeled as QLED. These are still the LED TVs, however they have their own tricks like Quantum-Dot tech to help enrich the color reproduction. The Quantum Dots are nanoparticles that react with the light to produce a wide range of colors. They call this their color volume, which is very much like HDR in that it delivers a wider and more diverse range of color at higher brightness levels. The HDR10+ feature which is included on the 2018 QLED models individually processes images scene-by-scene to optimize tone mapping and improve the contrast.

One nifty aspect of their higher-end model TVs for 2018 is the Ambient Mode, which can utilize various apps to act as an information hub or blend into the wall decor when not in use for viewing. 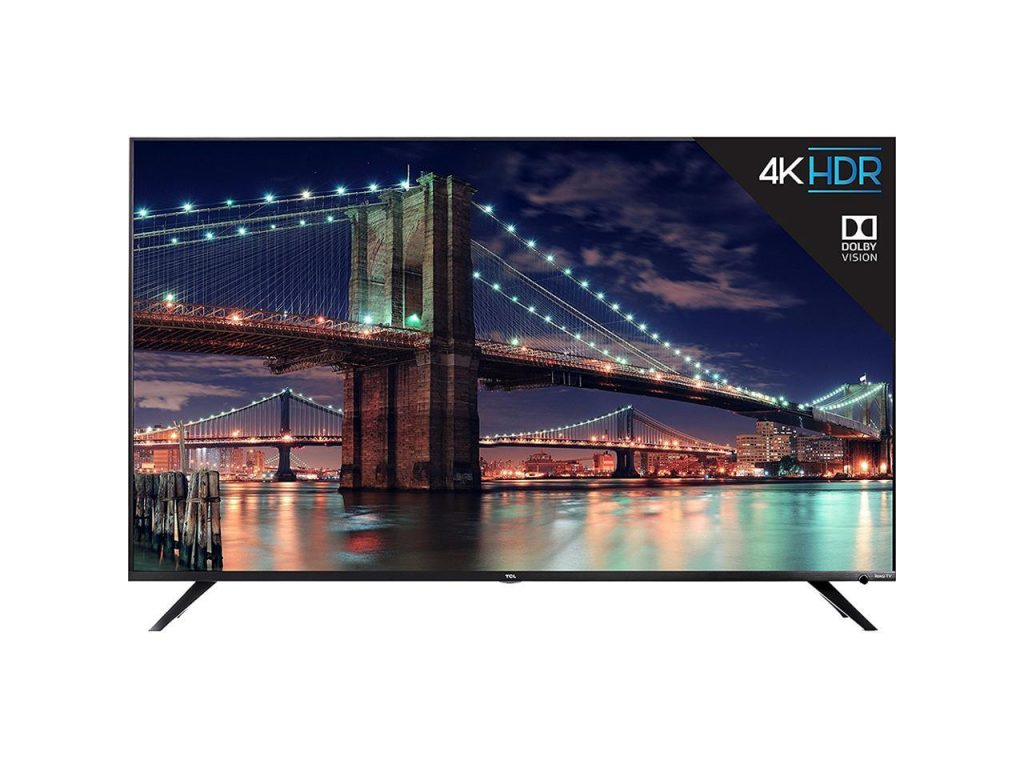 TCL is a lesser-known TV brand that is by no means a write-off when shopping for a quality TV set. While their reputation is not nearly as established as the big players above, they are still pumping out quality models at very affordable prices.

These sets are going to be the top quality in the second-tier market, and they not only come packing the Roku TV smart operating system for content streaming, but also have other goodies on their 6-series worth checking out. Dolby Vision HDR is TCL’s proprietary HDR feature, which helps to produce a rich visual experience in partnership with their 120-zone contrast control technology.

At the end of the day, the 2018 TCL lineup has some serious visual quality without the high price of the main brands and their higher-end models have some cool perks like a voice control remote.

Which Size TV Should You Buy? 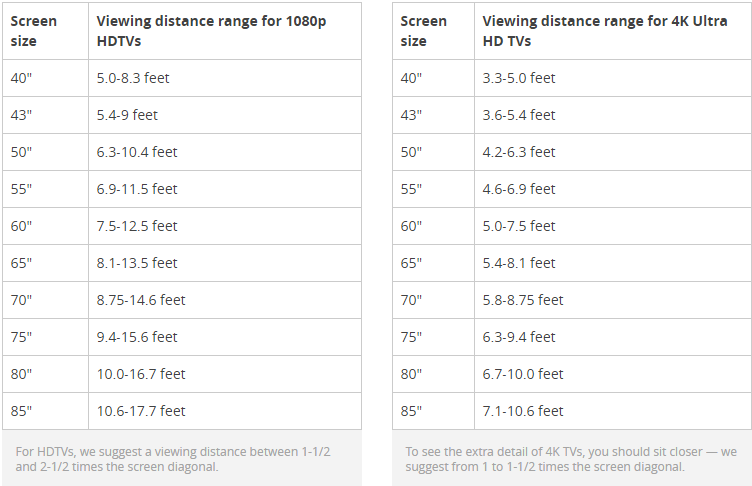 The saying “bigger is better” generally stands true with TV sets, with the caveat that the room should be large enough to properly view the picture. There are a variety of calculations for determining the proper room to screen ratio, which can be influenced by a variety of factors.

The Crutchfield cheat sheet above is a quick way to determine how large a television set can be based on how far away from it the viewers will be sitting, which is a large determining factor for the size. Of course, budgetary concerns come into play with this calculation probably sooner than the room size does.

There are a variety of other considerations that go into the size of the set however, which are all broken down in great detail in the rest of the guide which features the table above, here. 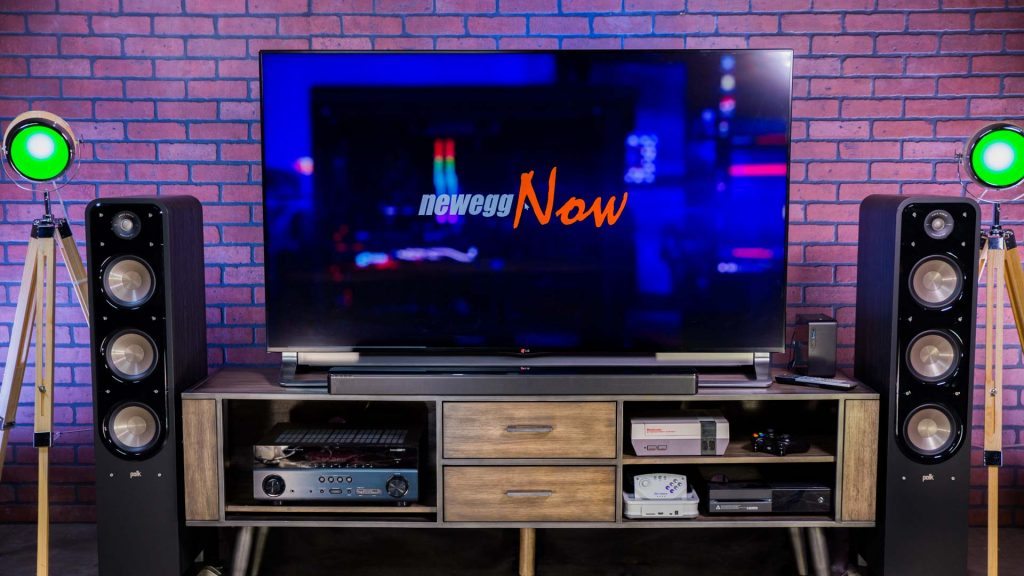 Being that the television is the central part of a home theater setup, those looking to have a comprehensive sound system should start with their TV set first. The next steps involving receivers, speakers, or sound bars take additional consideration, which we have detailed in our home theater build guide.

At the end of the day the TV should serve the purpose of the viewer. While the technology will constantly evolve and it is easy to get seduced by the massive 70”+ models, the television should be something that produces quality imagery at a size and price that matches the lifestyle of the individual. For a complete list of TV reviews, RTings.com has updated in-depth reviews for 2018 new models.