Could Nanoparticles in Your Blood Predict Diseases?

By Jason BlandfordNovember 1, 2014No Comments 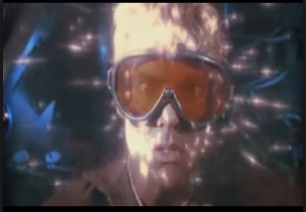 Remember the campy 80s movie Innerspace? Dennis Quaid gets miniaturized in a submersible pod and injected into Martin Short’s body. Flying/submarining around in Short’s body, Quaid must attempt to return to normal size before his oxygen runs out. With futuristic technology, he is able to speak to Short through a device implanted in his ears, and zaniness ensues.

Google[x] is now embarking on something similar, but for the sake of preventing fatal diseases and life-threatening illnesses – and with only unmanned submersibles. Andrew Conrad, Head of Life Sciences at Google, currently leads a program to develop nanoparticles that will, hopefully, swim around in a person’s bloodstream and send back data to warn doctors of health problems and potential calamities, the Wall Street Journal Digital recently reported on a Southern California conference.

These nanoparticles are hundreds of times smaller than our red blood cells. The particles are magnetic, and can be steered around inside your body by a simple wristband, which monitors and receives data. The particles will adhere to any suspicious characters in your bloodstream and communicate crucial data before an illness occurs.

These heroic swimmers will be, ideally, deployed in pill form. Yeah – ingestibles > wearables, but Google is pioneering both. 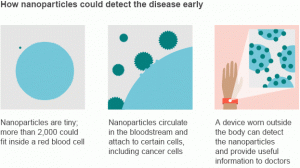 Conrad rightly categorizes this technique as preventative care, in contrast to the current medical model. In medicine right now, doctors respond to problems after they manifest – Conrad says it’s like taking your car to the mechanic only after something breaks. However, it’s a much better practice to check the engine and change the oil regularly so as to keep the worst from happening. In the same way, these nanoparticles will be designed to detect early cancer cells, locate stroke-causing lipids, and generally find the bad guys before they break something.

The research will take some time, of course, to develop and test before being put into practice. But Google[x] hopes to see implementation in the next 5 to 10 years.

As if Google wasn’t already all up in your business.