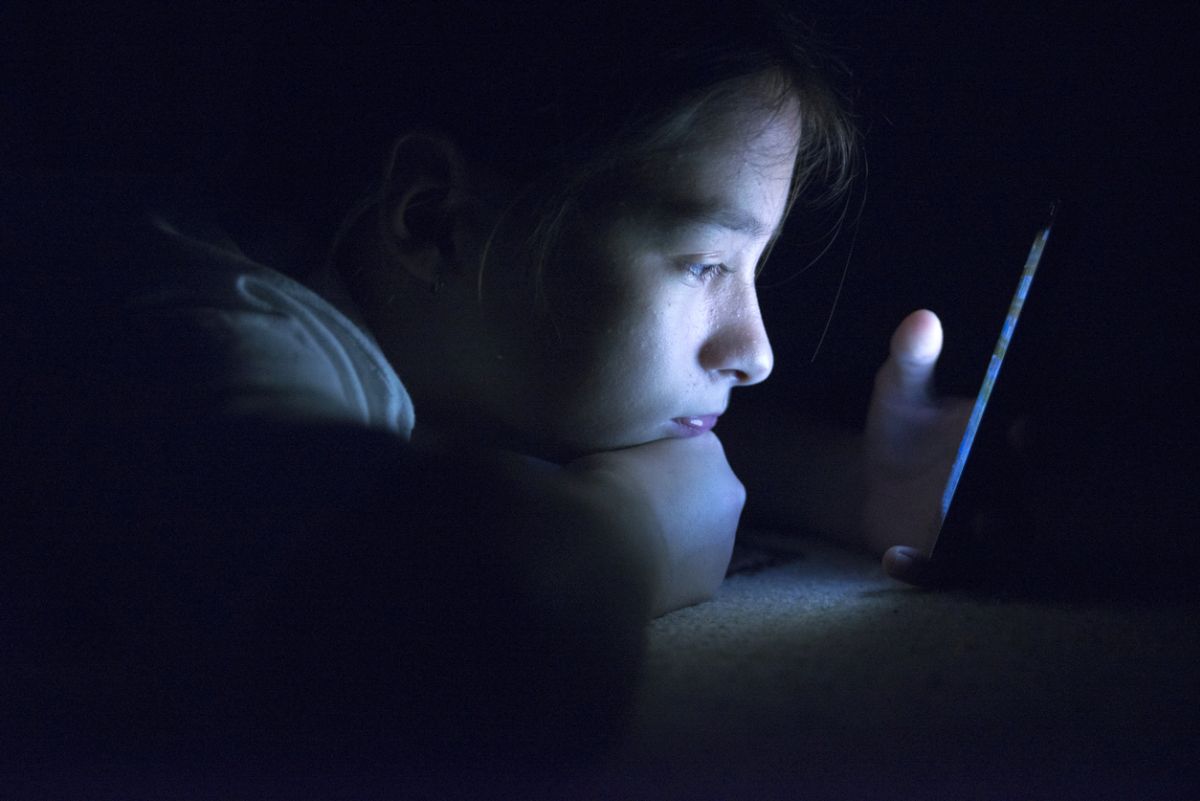 Peering inside virtually any home in the modernized world, the scene would be clear: people of all ages looking at (and interacting with) screens. With an average screen time per day of almost eight hours, Americans are spending more time looking at screens than they are sleeping. 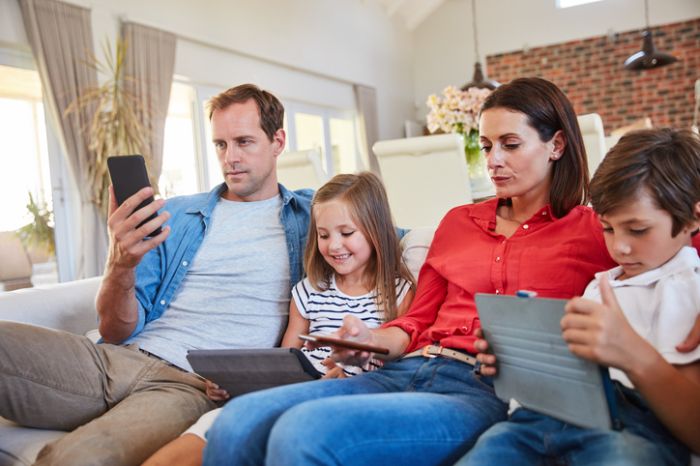 While adults who are using screen-based devices generally have developed cognitive, social, and emotional skills, the same is not true for children. Despite this, however, more and more children are simply being presented with devices as a means to engage themselves.

An ongoing concern for child psychologists and scientists studying the ramifications of device usage on young minds is the impact on their future development when we literally leave children to their own devices. According to the American Academy of Pediatrics (AAP), children are spending almost as much time on screens as adults, with seven hours a day being the average.

Is all that screen time harmful, and if so, to what degree? The answer is complicated.

The absence of meaningful interaction and its impact

In the 1970s and 1980s, the prevalence of working parents and a lack of social support led to one of Generation X’s greatest distinctions: latchkey children. Children in this category generally had minimal parental interaction before and after school, leaving them to largely learn formative life skills on their own.

As a result of the lack of adult engagement in their life, latchkey children experience an elevated risk of developing issues like emotional and behavioral problems, learning difficulties, depression and suicide, and a higher likelihood of crime and delinquency. 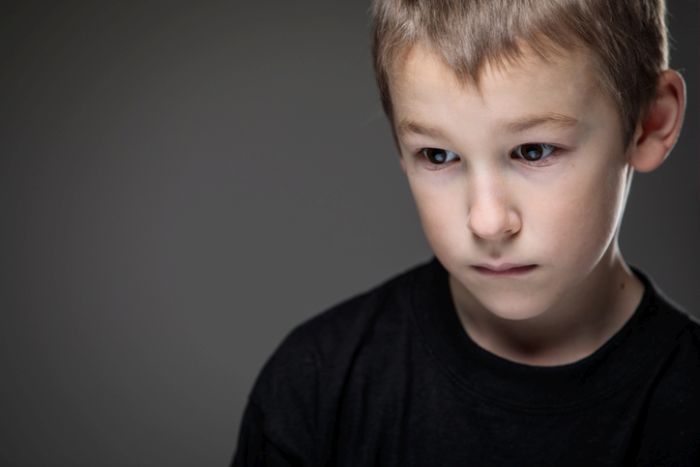 After they grew up, Gen X has been known for demonstrating the least attachment to family and social supports. In a study by PYMNTS from early in 2021, for example, fewer Gen Xers responded “I want to see my friends and family more often” when asked why they wanted to leave their homes after COVID than any other generation.

While members of Gen X may have arguably developed other coping skills outside of social support, they find steady challenges in other areas of their lives. A 2019 study from MetLife found that Gen X is the generation that is least happy at work and least mentally secure about its financial situation.

Unlike traditional latchkey children, modern children have more access to parental role models. Screen time, however, can produce similar detrimental effects as the ones Gen X contended with. 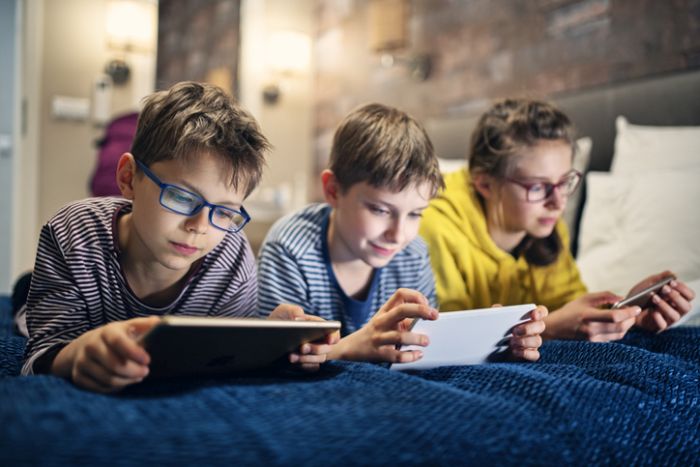 There are similarities between Gen X and kids raised on screens

“Excessive screen time for young children is often associated with negative health outcomes such as obesity, as well as language, cognitive, and social-emotional development delays,” said Dr. X. Christine Wang, Director of the Fisher-Price Early Childhood Research Center at the University at Buffalo, referencing the AAP.

According to a 2020 survey by ParentsTogether, 30 percent of children in the U.S. are spending four hours a day or more using their screens unsupervised. As in the case of the original latchkey children, parents who are working are most likely to leave their children alone (at 71 percent, compared to 58 percent for unemployed parents).

Even when supervised, screen time can have significant detrimental impacts. According to the AAP, “multiple developmental and health concerns continue to exist for young children using all forms of digital media to excess.”

Part of the problem, the AAP notes, is that when children are focused on screens, their level of engagement with caregivers who are present naturally decreases. Put another way, the child and the parent are together, but alone.

The children most affected by a lack of meaningful interaction are the youngest. 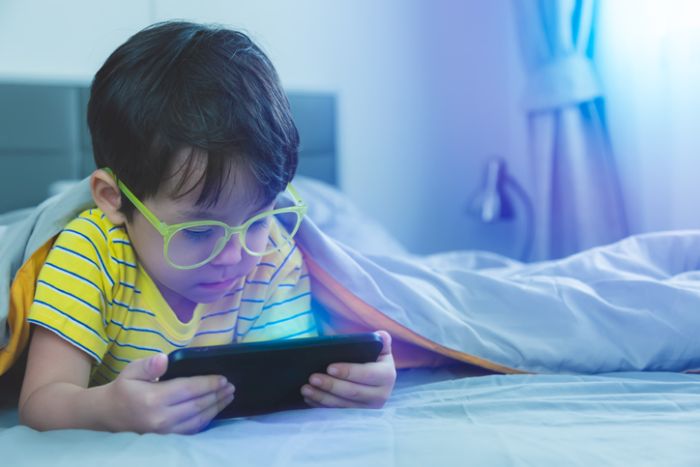 The AAP recommends that children under 2 have no screen time whatsoever – other than video chats with an engaged caregiver present alongside the child.

Being that young means toddlers have “immature symbolic, memory, and attentional skills” which prevent them from being able to understand or learn from devices without an active caregiver teaching them how to interpret what they are seeing.

Despite this, however, 57 percent of parents with children under 2 responded that they let them watch YouTube videos.

Is the screen-obsessed Generation Alpha, generally regarded as children born after 2010, subject to the same societal risks as the latchkey kids of Gen X? While it’s true that excessive screen time can cause issues, and unsupervised usage can introduce a number of concerns, that’s far from the whole story.

Staying connected is important. Get more face to face time with friends and relatives with a high-quality web cam

The type of screen time matters

Perhaps the largest factor in the impact of screen time on a young mind is the type of screen time involved. “The quality of screen time matters a great deal,” Dr. Wang explains . “In general, screen time that offers meaningful learning and interaction will more likely foster children’s agency, decision making, and collaboration than passively watching a YouTube video.”

As examples, she shared how some applications give the opportunity to learn about other cultures or facilitate learning a language through live video.

In fact, the right kind of screen time can definitely be more helpful than harmful. “It is important to acknowledge the benefits of media and digital technology for children’s learning and development,” Dr. Wang explains. In particular, technology can provide a comfortable space for teenagers to “learn, play, and develop a sense of community.”

Teenagers don’t always access media that is healthy for them, however. 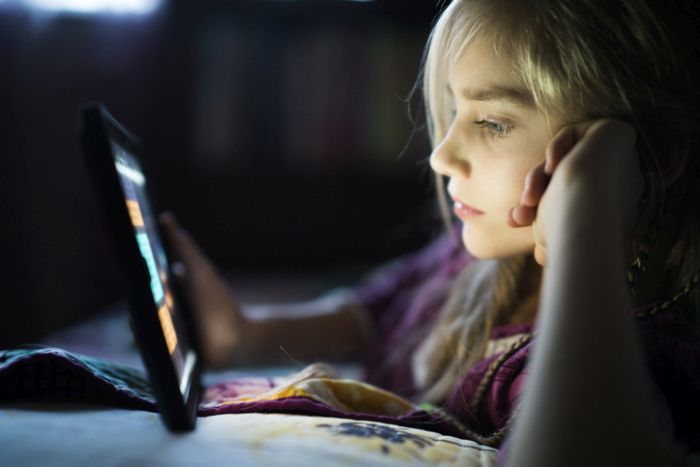 Social media can be especially toxic for teen girls.

A recent study compared the effects of television watching and social media/device usage in teens, and while it found that neither form of media access had a significant impact on depression rates, conduct and emotional problems were associated with both forms. Worryingly, an increase in suicidal ideation was also found for device users.

Social media itself can be highly damaging, particularly for teenage girls. A study released in January from the UK’s Education Policy Institute found that for girls who are 14 and 17, heavy social media use caused negative impacts to wellbeing, self-esteem, and psychological distress.

Boys were less impacted, though the study did find that 14-year-old boys who used social media had decreased wellbeing. 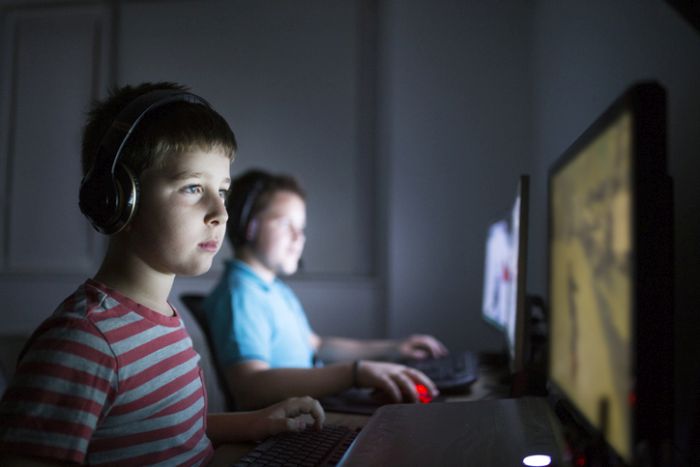 Are video games as toxic as they’ve been made out to be?

Video games, long targeted as being a causative agent for violent behavior (a viewpoint researchers have upended), can offer significant cognitive benefits. A metastudy from 2020 found that video games are associated with improved cognitive functions, with the type of gains depending on the genre.

Action video games grant the most improved attention skills, while hidden objects and similar puzzle games improved working memory. Spatial manipulation games such as Tetris were found to increase the amount of gray matter in the bilateral entorhinal cortex, associated with navigation. Strategic video games (including tactical RPGs) improved puzzle-solving ability and had a correlation with better academic achievement.

The researchers acknowledge, however, that the rate of transfer of these skills to real-world scenarios, along with how long the gained skills last, is an understudied area.

Existing research points to (at least temporary) cognitive benefits of video games for all ages, and some studies have demonstrated that they impart emotional skills in adults as well.

Ultimately, Dr. Wang advises, the quality of screen time for children “often needs thoughtful design by and mediation of adults.” 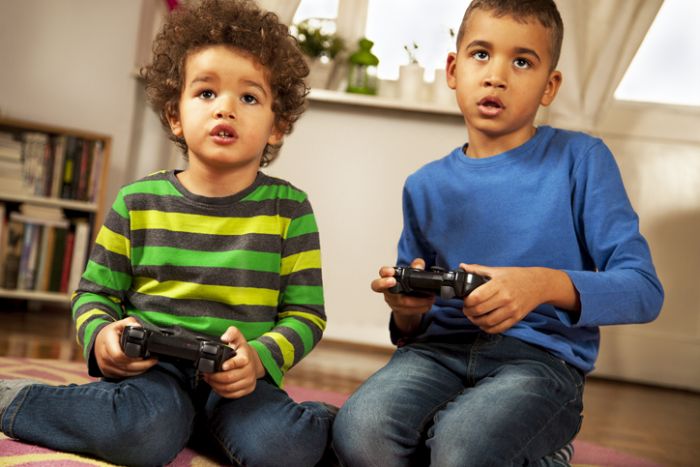 When adults aren’t readily present with their children, however, the harmful impact of screen time on developing minds worsens – and that’s a problem for a large portion of society, Dr. Wang explains. “Inequity in technology access and availability of family resources often perpetuates inequity in the quality of media assumptions and screen time.”

Find the gaming gear you want, plus other great learning tools.

With healthy caregiver involvement being the optimal condition for development, the societal burden of digital latchkey children falls on the same shoulders that contended with the latchkey children of the 20th century.

Not all options for quality interactive children’s programming are expensive, though finding suitable programs does take some digging. Educational App Store has compiled a list of 30 free educational programs based on ratings from children and parents. Paired with an engaged caregiver, these applications can help put screen time in the beneficial – rather than harmful – category.

Whether it’s for family, fun, work, or learning, Newegg has all the tech you need at prices you can afford.

Lura Jackson is an award-winning journalist with a passion for both history and current technology. With a master's degree in peace and reconciliation, she writes from a humanistic perspective. Read more at www.lurajackson.com/