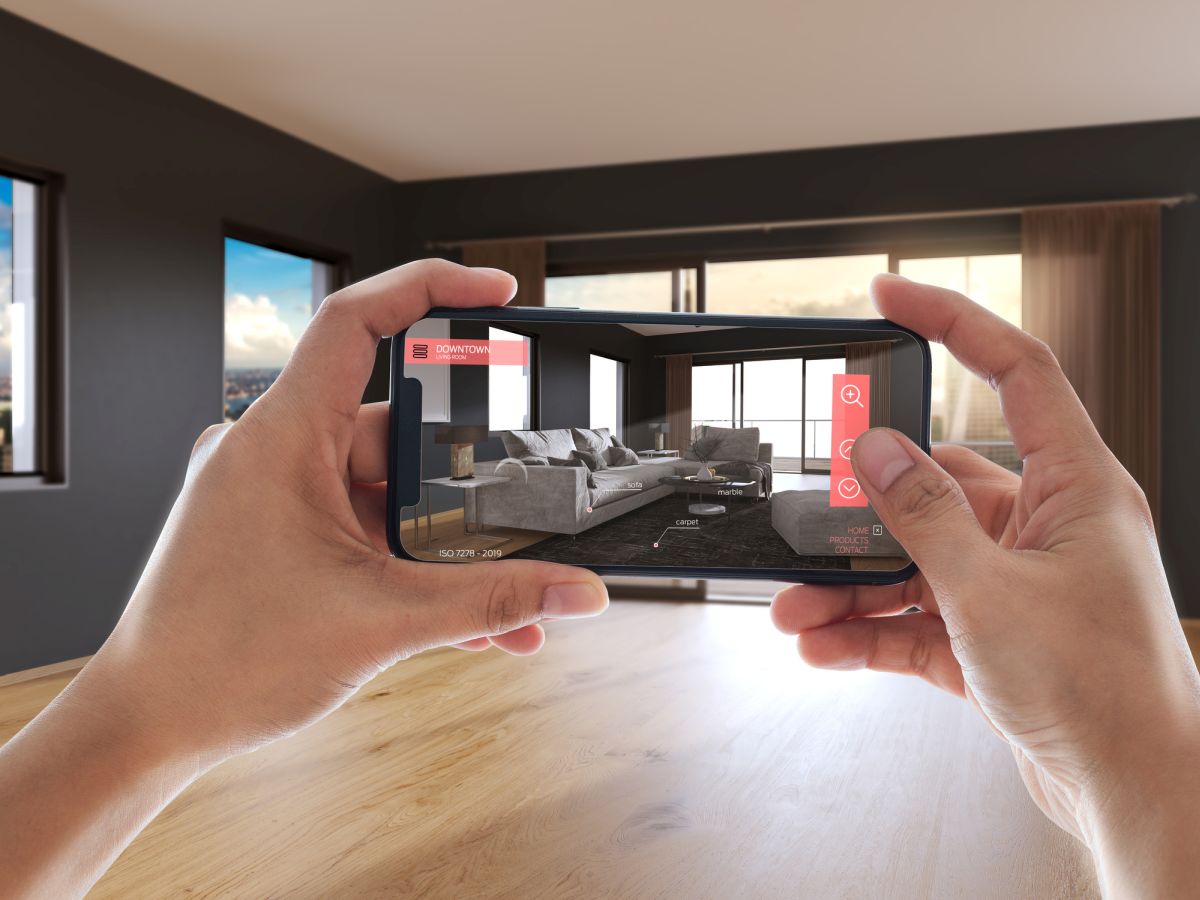 It’s almost difficult to exaggerate how popular augmented reality (AR) is among brands and marketers with their eyes on the near future. To get an accurate scope of it, it helps to start with a few statistics: 91 percent of brands are using or planning to use AR in their campaigns, and the AR market size is anticipated to grow to more than $340 billion by 2028 with a growth rate of almost 44 percent a year.

Put another way, AR is the marketing wave of the future, and it’s already here.

But who is using AR, and how is it influencing our shopping patterns? Let’s take a deeper dive to find out more. 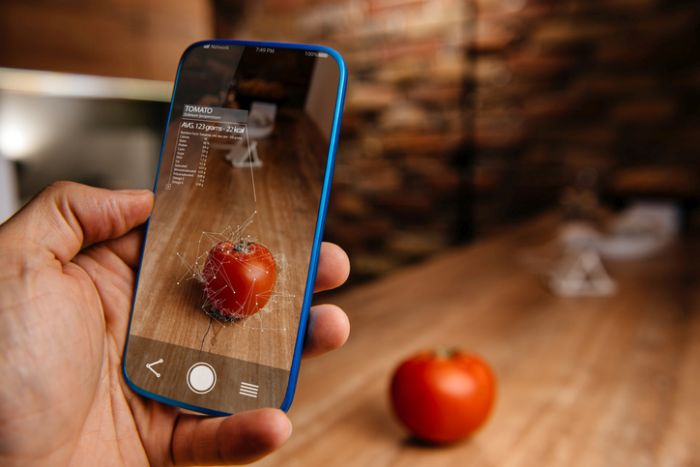 With AR, information is literally available at a glance

Defined simply, AR refers to any technology that enhances (or “augments”) your immediate surroundings. More technically, it is an application run on a device that enables data to appear as a multimedia overlay in your environment.

While it may sound like new technology, the first AR-enabled HUD helmet was developed in 1968 by Ivan Sutherland. By wearing Sutherland’s device, the user could see added detail about the world around them.

Since then, the adoption of AR has grown exponentially. Though Google Glass fell flat, competitors are coming out in droves (including Amazon’s Echo Frames).

The concept of wearing glasses that empower you with data that maps to your location or that gives you information about whatever you’re looking at is appealing for any number of reasons. 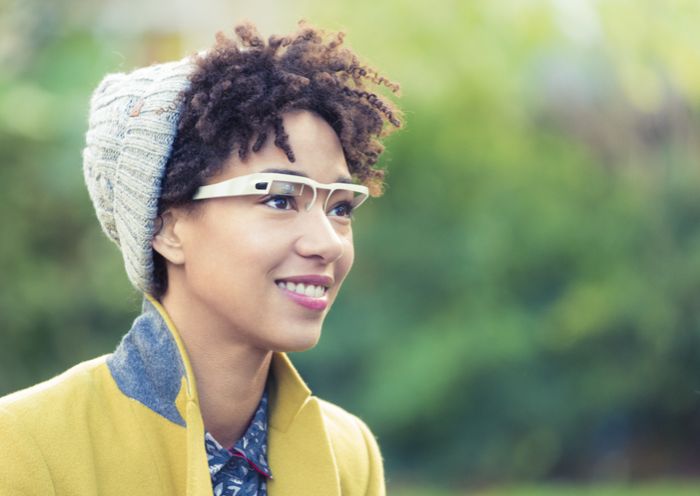 AR lenses can literally change the way we see the world

Mechanics with AR glasses could seamlessly access schematics while still using their hands to work, and firefighters wearing a pair could readily navigate a smoke-filled building.

Far from being science fiction, every one of these applications is already being used around the world on a daily basis. The most common method of accessing AR, however, is through mobile devices with cameras, such as phones and tablets.

Unless you’ve lived in a cave for the past five years, you’ve probably heard of Pokémon GO, one of the most popular AR apps on mobile devices. 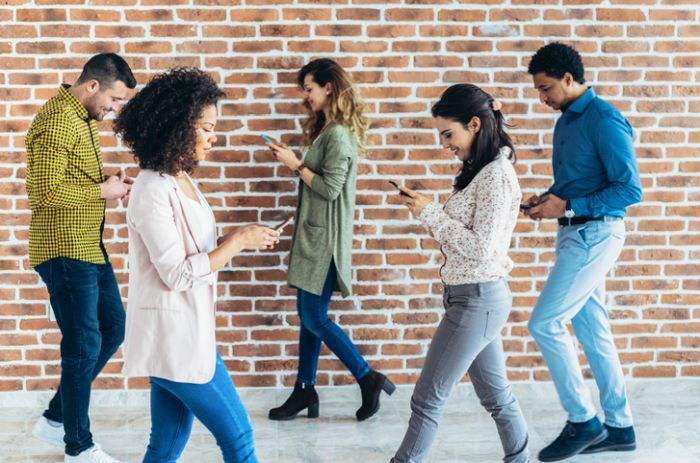 To catch them is the real test

With this app, users can see Pokémon monsters in the world around them, and they can “catch” them by touching their phones with timed flicks of their fingers (accompanied by occasional flourishes of the wrist).

With more than 600 million unique installs to date, Pokémon GO would be the third largest country in the world by population.

This staggering user base gives an impression of the prevalence of AR on mobile devices – but it only hints at the influential behemoth that is AR on social media platforms.

In fact, even with Pokémon Go and its digital cousin Harry Potter: Wizards Unite proliferating on devices worldwide, social media platforms represent a whopping 78 percent of all AR usage.

Brands haven’t waited to seize upon the opportunity represented by AR on social media platforms, causing a seismic shift in understanding of the potential for social commerce.

Try other AR puzzles or games 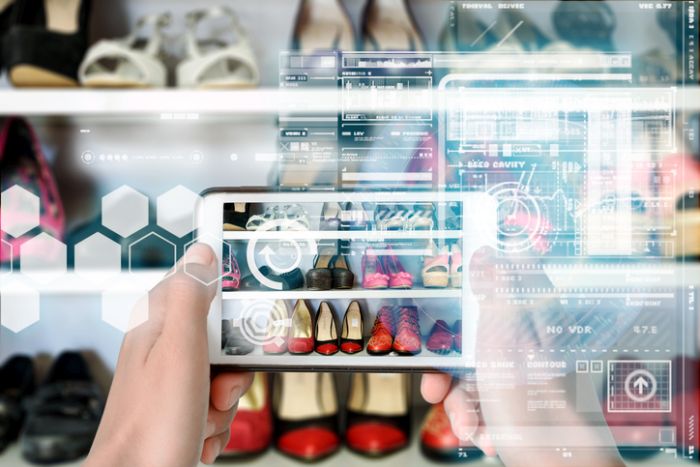 Social media giants Snapchat, Instagram, Pinterest, and TikTok each have their own flavor of AR-fueled applications, many of which are becoming increasingly linked with product purchases.

Snapchat, which saw a 22 percent surge in its user base (to 265 million) over the past year, is among the leaders in AR-based shopping.

In 2020, Snapchat enabled users to virtually try on Gucci shoes, and major makeup companies such as Estée Lauder, NYX, and L’Oréal now offer custom AR lenses that let users see how products will appear when applied to their faces.

American Eagle is the newest brand to give users the opportunity to virtually try on products using AR with Snapchat, but it surely won’t be the last.

Though widely and frequently used, AR is tech that is primarily in the domain of the young. 70 percent of AR’s users are between 16-34, while another 27 percent are between 35-44. The remaining three percent of those who have tried AR are between 55-64.

Having a relatively small window of influence among older consumers is far from a deal breaker for many brands, however. As of 2020, those between 19-37 in the U.S. alone have $2.5 trillion in spending power.

In fact, the youthful demographic that frequents social media is exactly the reason why brands are intent on expanding their presence there.

If you want to get a little further from reality, you could always go virtual!

“Brands follow their target segments,” explains Dr. Sylvain Sénécal, marketing professor at HEC Montreal and co-director of Tech3Lab. “If they go online and on a specific platform, brands will follow ASAP.”

By giving users the ability to virtually try on products, brands are improving the overall shopping experience – and their own sales.

One brand using Snapchat’s AR feature reported that users were twice as likely to purchase a product if an AR lens was available for it, and another brand found that it received 30 percent fewer returns for products with AR lenses.

AR technology, put simply, enables users to see their reality augmented by a product, which becomes a compelling drive.

The promising numbers aren’t limited to direct sales. One of the AR campaigns with the largest reach came from Taco Bell as part of its Cinco de Mayo celebration in 2020.

Thanks to that app, 224 million people saw people with their heads turned into tacos in a single day.

For some brands, AR has clearly become a major part of the online marketing equation – but it isn’t the only factor changing how brands interact with consumers.

The reshaping of the shopping experience

Over the past 15 years, the rapid adoption of social media has altered the way brands allocate their marketing budget, Dr. Sénécal explains. 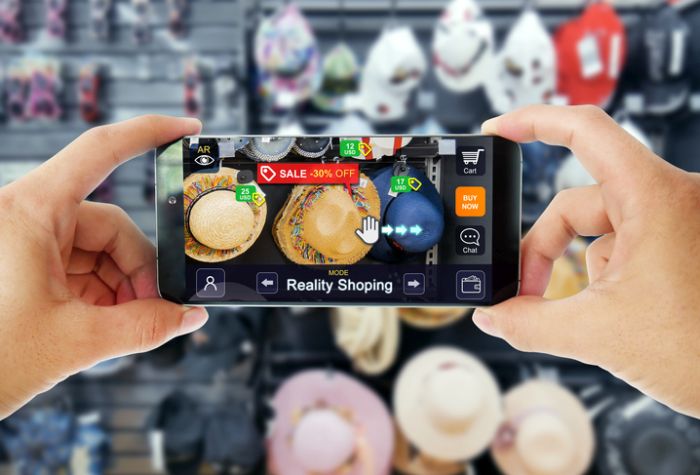 Whether shopping for a hat or a sports car, AR can completely change the experience

With nearly 3.8 billion people now using social media, it’s easy to see why brands have made the leap. “Now, what we’re seeing is a shift across online tactics.”

Among the most notable tactics brands are using is popular influencers to tout their products for a slice of the profits. Influencers include musicians, athletes, actors, and social media celebrities, any one of whom may have tens to hundreds of millions of followers.

Smaller-scale influencers who are seen as “peers” can be among the most successful in guiding others to buy products, with 70 percent of millennials being more inclined to buy products recommended by their perceived peers.

“If a brand finds influencers that have followers that correspond to their target segments, then these influencers become valuable to brands,” Dr. Sénécal said.

Fully 90 percent of brands believe that their influencer marketing strategies are worthwhile.

Combining the weight of influencers with the power of AR in increasing the likelihood that users will buy a product represents a holy grail for some brands.

Influencers will be able to try on products virtually themselves (rather than physical products), greatly speeding up the promotion process.

While AR applications are elevating online shopping to new levels, its impact will soon be felt in brick-and-mortar stores around the world, too.

Customers wielding AR-powered mobile devices or smart glasses will be able to see in-depth information and product reviews in real-time, and walking by a kiosk could prompt promotional popups.

The age of augmented shopping is clearly upon us, and, one way or another, the younger generations of consumers are along for the ride.

Shop for all kinds of reality at Newegg

Lura Jackson is an award-winning journalist with a passion for both history and current technology. With a master's degree in peace and reconciliation, she writes from a humanistic perspective. Read more at www.lurajackson.com/