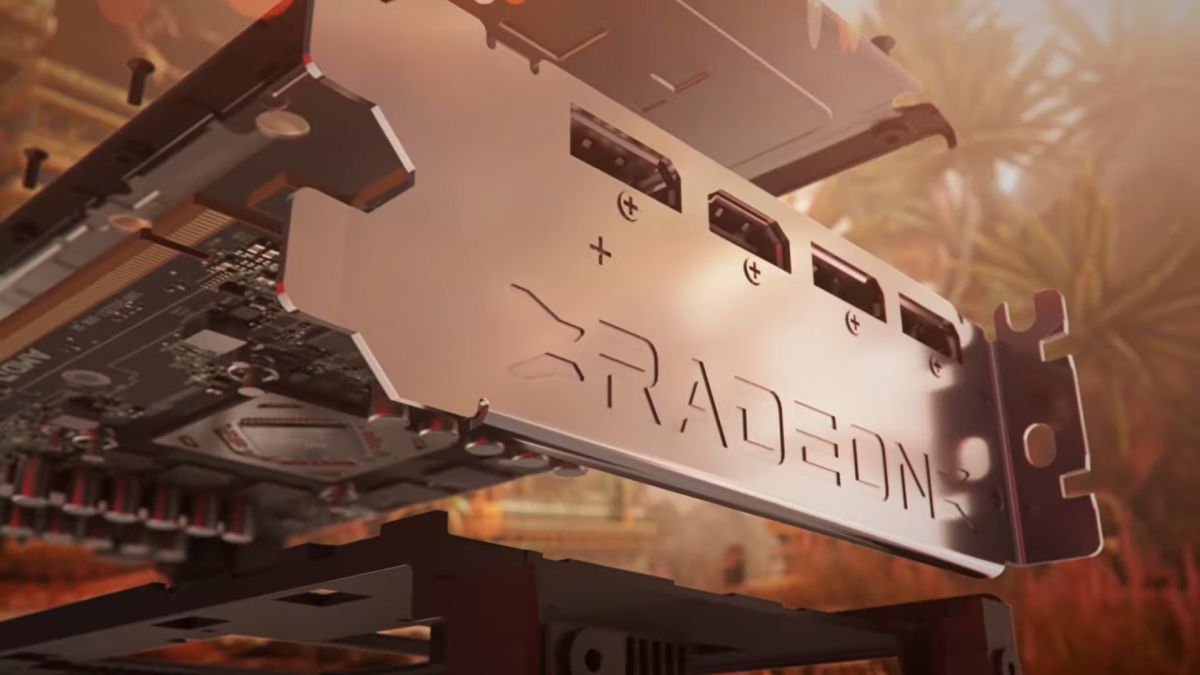 Today, AMD made its much anticipated announcement of a new more affordable 6000 series GPU, the Radeon RX 6700 XT and the response is a mixed bag. On the tech side of things, this is definitely a GPU to consider, but has AMD been able to find solutions for gamers who are tired of fighting scalpers and miners for stock? 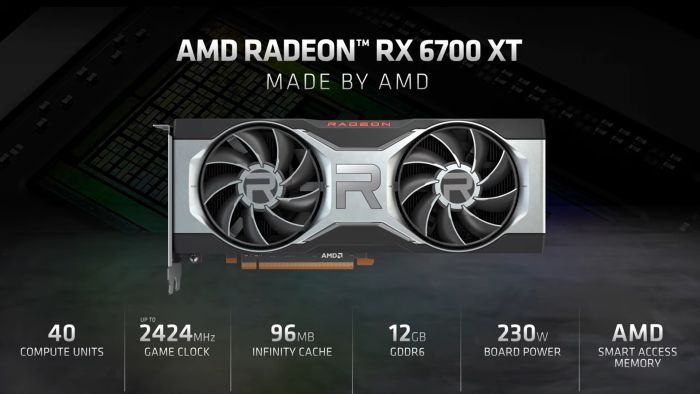 Last year AMD introduced the technology it calls Smart Access Memory, which allowed Ryzen 5000 series CPUs to access all of a Radeon 6000 series’ memory. This provides a modest but noticeable improvement to frame rates by removing the bottleneck that used to inhibit the workflow between CPU and GPU.

The first big news to drop as part of AMD’s announcement was the fact that Smart Access Memory will soon be enabled on Ryzen 3000 series CPUs when paired with Radeon 6000 series GPUs. So not only the newest CPUs will benefit from this gamer oriented feature. AMD suggests up to a 16% increase in performance but that of course remains to be seen. That number seems pretty high compared to the gains we’ve seen in the 5000 series CPUs.

Built for 1440p resolution to deliver the most improvement to the most gamers. 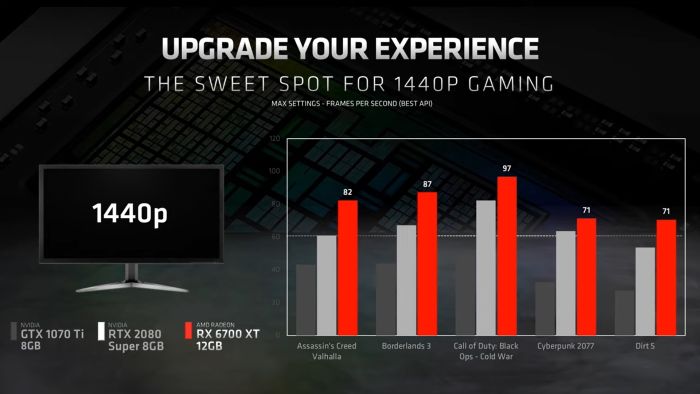 Right in the resolution pocket

According to AMD, over ninety-five percent of gamers play on displays with 1440p resolution or less, and 1440p represents the fastest growing segment in display sales. This is all to say that when AMD designed the Radeon RX 6700 XT to deliver max performance at max settings on a 1440p display they did so to maximize the impact of their brand new component.

Designed to remain cool and quiet.

The cooling system on all AMD built RX 6700 XT GPUs feature dual axial fans produces up to 50% less noise than previous generation blowers, and benefit from the same Zero RPM Fan Mode as other 6000 series cards.

The design of the heat dissipation system centers around three finned-pipes all held in place by a single die cast aluminum frame. This helps maintain optimal working temperature even at high clock speeds. A high-performance phase-change thermal interface material ensures effective heat dissipation and transfer into the pipes.

Again, the aim of this card is to deliver great visuals at max settings and a price that is more accessible than its beefier predecessors. That’s why the 12 GB of GDDR6 memory the RX 6700 XT is equipped with is so important. Modern games, especially AAA titles feature increasingly immense texture loads and greater visual demands in general which can easily bog down your random access memory, especially with the settings at maximum. 12 GB is more than enough for even the most demanding modern games, and is sure to accommodate new titles for a while to come.

According to AMD this new GPU should not only perform on par or better than Nvidia’s RTX 3060 Ti, but in many cases it may even outperform the RTX 3070. And AMD isn’t just focused on ray tracing. The 6700 also features a wide array of other next-gen visual enhancements under its FidelityFX banner which are supported on more than forty titles. Features like Radeon Boost also make this a great GPU for competitive gaming, giving you the added FPS you need in the moments it matters most.

The GPU should launch later this month on March 18th and has an SEP of $479.

It sounds great, but will you be able to get one?

The number one question on every gamer’s mind goes something like, “What are you doing to keep your GPUs out of the hands of miners?” Especially with Nvidia’s announcement of reduced hashrates and a new mining specific card, we’ve been waiting with great anticipation to see if AMD follows suit or comes up with their own strategy to get more GPUs in the hands of gamers instead of miners.

Try Newegg Shuffle for your chance to buy high-demand components and more.

Towards the end of the announcement, it’s said that AMD will be, “launching both made by AMD reference designs for sale on AMD.com and AIB partner designs at e-tailers and retailers across the globe, on day one.” This sounds great, but it doesn’t do much to assuage the fears of jaded gamers who have to fight tooth and nail against both miners and scalpers for their chance at any modern high-performance GPU.