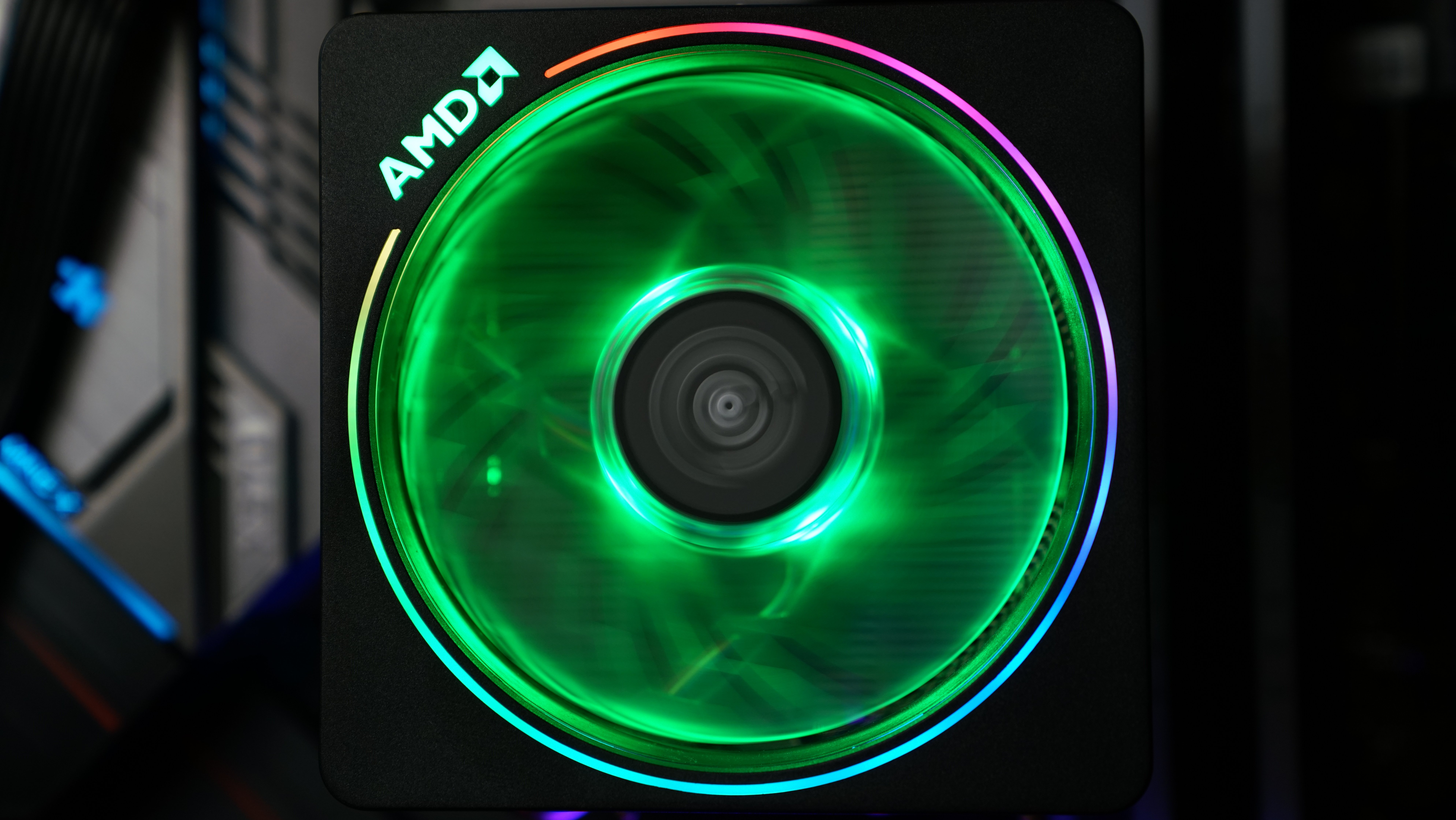 It’s not often that PC building enthusiasts choose to just roll with the cooler that comes with their processor, but AMD aims to change a few minds with the Wraith Prism, a powerful thermal solution that comes included with some of AMD’s Ryzen 3rd gen processors.

We got our hands on this sleek cooler alongside a Ryzen 3900X 12-core processor, and while it’s true that the Ryzen itself is very impressive, and we can’t wait to include it in a snazzy new build here in the Newegg studio, I wanted to check out this cooler. Why? Well, first off, it catches the eye right away.

It’s much slimmer and stylish when compared to the included CPU fans I’ve been receiving for the past decade, and that alone was enough to peak my curiosity. It might look better than past stock CPU coolers, sure, but we needed to find out if it performs better, too. If it can’t perform at least up to snuff with some of the more popular coolers on the market, there wouldn’t be a point for a builder to keep it around in the final cut of their build.

Quieter than other stock fans

Something incredibly important to monitor and note with stock fans is their noise, because stock fans are notorious for sounding like small airplanes. Or, at least, they have been in the past. Now, however, it appears that reputation is improving. AMD’s Wraith Prism is as silent as they come, which was a breath of fresh air. Or… a fan of fresh air. I guess.

Either way, it’s quiet, and any PC builder knows that the key to finding a good air cooler is finding one that’s both powerful and quiet. No one likes a loud fan in their high-end PC.

A very solid cooler without a big budget

After setting the Wraith Prism up in a build of ours, it came time to test out its power. After playing a couple of games with moderate to high-end graphics, perusing the ever-demanding Google Chrome for a little while, and rendering a fake video out of Adobe Premier, we had no problems with overheating. The build stayed relatively cool, with the exception being when I tried to do all of the above at once, and the fan never seemed to struggle or get louder at any point. The build I test on in my dark corner of the Newegg Studios office is completely and utterly silent, so any struggling would have been noticed immediately.

The fact that this pretty little fan performs so well under decently high stress is quite impressive. Why? Because that means this cooler can compete with other coolers on the market that builders would spend extra dough on to complete their build. You can save money by just using the cooler that comes with the CPU, and unless you’re running an uber high-end rig that overclocks as easy as you breathe, this is a very good choice for a fan. Budget builders everywhere rejoice.

On top of performing on par with competitive cooling systems on the market, the Wraith Prism, which includes a full heatsink with fins and the fan itself, it can also fit very nicely from an aesthetic perspective into any case. The fan blades and a neat line surrounding the fan zone are brightly lit up with fully programmable RGB, and that means that you can tune it to match any build, no matter what your color scheme may be.

I love fans like this, because they allow you to keep your rig looking like a real piece of art without having to spend an inordinate amount of cash to do so. When I said it was a sleek cooling system, I wasn’t lying. This is a good lookin’ fan.

All Ryzen CPUs that include the Wraith Prism

The 2nd-generation Ryzen 2700X also includes it, but that’s the only CPU from that generation that does. According to AMD, the upcoming Ryzen 3950X will also include the Wraith Prism. None of the new Threadripper CPUs include this fan, they use the Wraith Ripper cooling system instead.

Since this is a stock fan that comes with Ryzen 3000 processors, you can’t buy it on its own. Instead, the goal of this article is to tell you that when you buy your Ryzen 3000 CPU, whether it be the 3900X, 3800X, or 3700X, sticking with the included fan is definitely a viable (and rather strong) option.

Since I’m just one person, my tests and opinions only reflect just that—my own experiences. Many others have purchased 3rd-gen Ryzen CPUs from Newegg, and many of them specifically called out the fan. Here are some of our favorites.