How Long Do Hard Drives (and SSDs) Last? 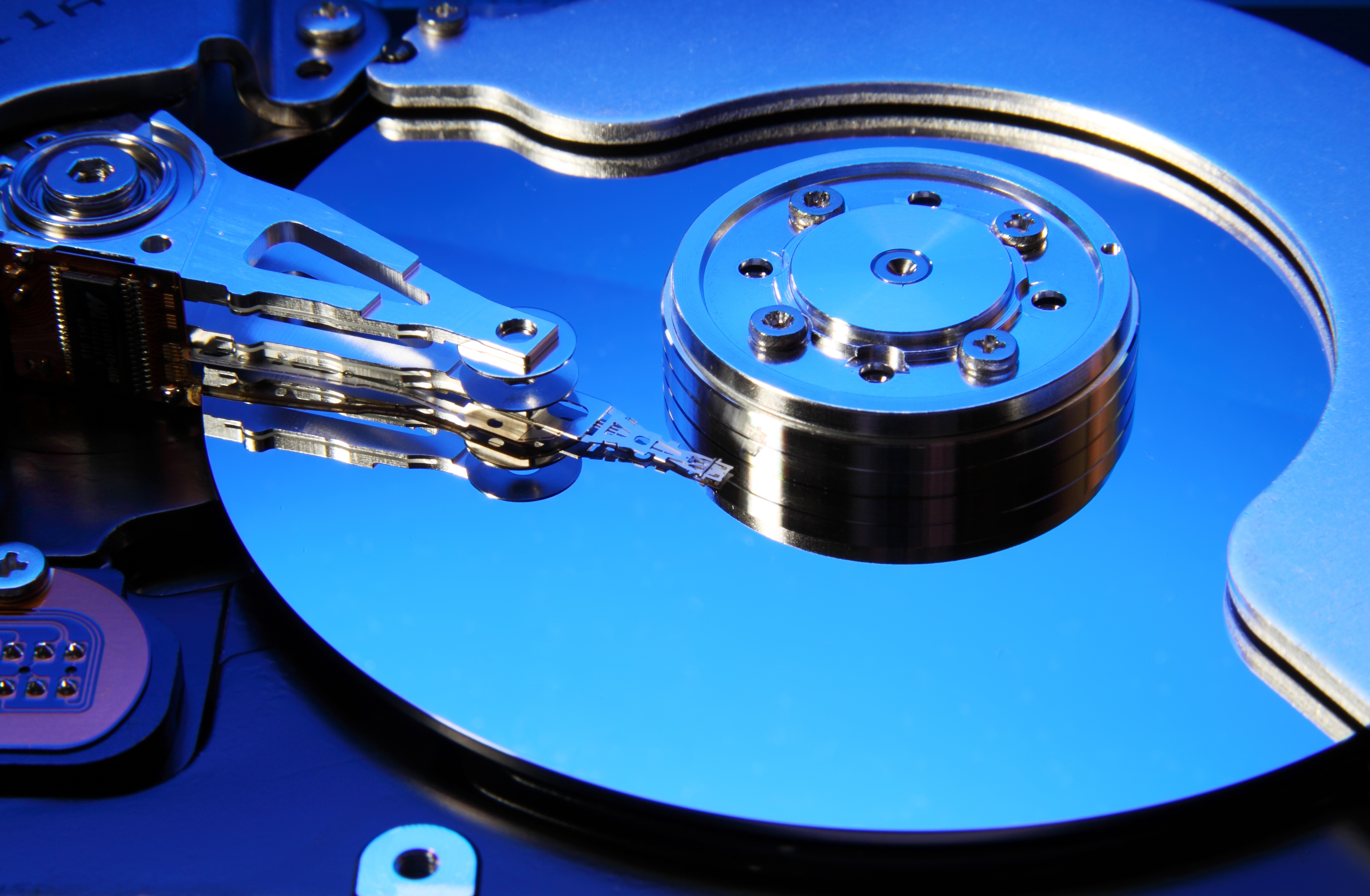 The most important thing our PCs generate is information. Sometimes that information is far more valuable to us than the PC itself.  That begs the question, how long do hard drives last? We’ll include both types of prevalent data storage devices in this discussion: the hard disk drive (HDD) and the solid-state drive (SSD).

Hard drive lifespan is understood differently for HDDs and SSDs. As you may know, HDDs store more data than SSDs and cost less on a gigabyte per dollar basis. HDDs are comparatively slower and involve moving parts that can physically wear out. SSDs, on the other hand, are much faster and more expensive and don’t store as much information. They don’t have moving parts, but they, too, can wear out and eventually fail.

What is the best way to prevent data loss?

Implicit in this article’s title and in our discussion so far is the fact that both HDDs and SSDs can eventually fail. In fact, they can fail very quickly if they’re inherently flawed. Therefore, the first order of business is to make sure that your information is backed up.

There are a number of backup options available to you. The simplest is to purchase an external drive that’s larger than all of your storage devices combined — after all, your PC can have more than one drive — and back up your data there. You can also subscribe to an online backup service, although that can get expensive if you have terabytes of data.

However you back up, it’s best to keep your backed-up information physically separate from your PC. An online service is separate by definition, whereas if you’re using an external drive then you’ll want to store it somewhere other than where your PC is located. You don’t want a disaster taking out both the original data on your PC and your backup at the same time.

What are some best practices for data backups?

What is the expected hard disk drive (HDD) lifespan?

As mentioned earlier, HDDs have moving parts. Specifically, and simply put, there’s a set of spinning disks inside with read/write heads that move in and out as the disks spin. Those parts are under a great deal of stress while the drive is working, and that stress can cause parts to wear out and break.

Some of the telltale signs of an HDD failing include distinct noises such as clicking and grinding sounds. You may also get errors accessing files or notifications about bad sectors and corrupted data. Modern HDDs include S.M.A.R.T. (Self-Monitoring, Analysis and Reporting Technology) capabilities that can sometimes predict that a drive may fail, and it’s worth using any utility provided by your drive’s manufacturer to keep up with its health.

Why do HDDs fail?

According to a 2013 study by Backblaze, consumer HDDs typically last for three to five years. The study is a bit dated at this point, but the data is still relevant. According to Backblaze, which tested 25,000 drives as part of the study, HDDs fail in one of three ways. They fail very soon after installation due to factory defects, they randomly fail at any point in time for unknown reasons, and they fail after a period due to wear and tear. If your drive doesn’t fail immediately, then, you can expect it to last the three- to five-year estimate.

Note that these numbers apply to all HDDs whether they’re internal, that is, installed directly in a PC, or installed in an external enclosure. The only caveat to that is if an external drive is carried around — or installed in a laptop that’s constantly on the move — then the chance of failure is higher.

Technically speaking, a HDD’s expected lifespan is defined by its mean time between failures (MTBF). The challenge is finding the information. Not all manufacturers report the number or make it easy to find. Some use different measurements, such as Seagate’s Annualized Failure Rate (AFR). The Seagate BarraCuda, for example, has an AFR of less than 1.0% over a five-year service life under a “typical” workload and running 2,400 hours a year. Western Digital (WD) reports the number of load/unload cycles expected, which comes in at 300,000 for its WD Black performance drives. Note that Seagate offers a 2-year warranty on the BarraCuda while WD offers a 5-year warranty on the WD Black — an important consideration when buying an HDD.

It’s safest, then, to go by the three- to five-year estimated lifespan. Your drive might fail immediately or it might last for much longer, but if you need to estimate when you might need to replace it, then that’s a fair estimate. Enterprise-level drives, which are engineered for higher and more sustained workloads, might last longer. And if you’re buying an HDD to put into a network-attached storage (NAS) device, then you’ll want to pick one made specifically for that purpose. An example is the WD Red, a drive that’s engineered to handle a NAS-specific workload.

What is the expected solid-state drive lifespan?

SSDs, as the name implies, are solid-state devices with no moving parts. They’re typically made up of flash memory that’s similar to that used in USB memory sticks but much faster and more reliable. They have no moving parts to wear out, but that doesn’t mean they’ll last forever.

To begin with, SSDs, like HDDs and every other component in a PC, can be defective straight from the factory. Such an SSD is likely to fail rather quickly. SSDs don’t suffer from carrying them around because they don’t have moving parts that are affected by shocks and vibrations, and that’s what makes portable SSD drives such a great idea.

Note that because they have no moving parts that might fail and make noise — and in fact, SSDs run completely silently — your first sign that an SSD is failing will be lost and corrupted data. You can also use a drive’s S.M.A.R.T. utility to determine its current health and identify any emerging problems.

SSDs have their own measurement of expected lifespan, most often expressed as Terabytes Written (TBW). That’s the most meaningful metric because reading data from an SSD doesn’t affect its lifespan but writing data to it does. SSDs vary as to their TBW ratings, with consumer drives having lower TBW ratings than commercial drives. The typical consumer 1TB SSD has a TBW of 600, while more robust drives have higher TBW ratings — the Corsair Force 2TB MP600, for example, has a TBW of 3600. Of course, we don’t track how much data we’re writing and so knowing the TBW for a given drive isn’t that helpful — it’s better as a tool for comparing drives.

As with HDDs, it might be difficult to find the TBW rating. Some manufacturers report different information. For example, WD reports the mean time to failure (MTTF) for its SSDs like the WD Black NVMe SSD, which for has a rating of 1.75M hours.

In addition, there’s not as much information on how long SSDs will last simply because they’re newer devices. However, some estimates say that the typical SSD will last for 10 years under normal workloads. That’s an increase from the five to six years that was once used as an estimate.

TL;DR – All drives fail so back up your data regularly

We can’t stress it enough: no matter how long you expect your HDD or SSD to last, make sure to back up your data on a regular basis. Even when we have a good handle about what to expect in regards to hard drive lifespan, the recommended frequency of backup depends on the kind of data you’re storing and how often it changes. But estimating that your drive will last three years doesn’t help much if it fails six months into its lifespan and you haven’t backed up the data that was stored on it.

It’s unfortunate that manufacturers aren’t more consistent in reporting expected failure rates and lifespans. But if you do your research carefully, you can get a good idea of which drive will best meet your needs.