By Craig NiemanOctober 24, 2018No Comments 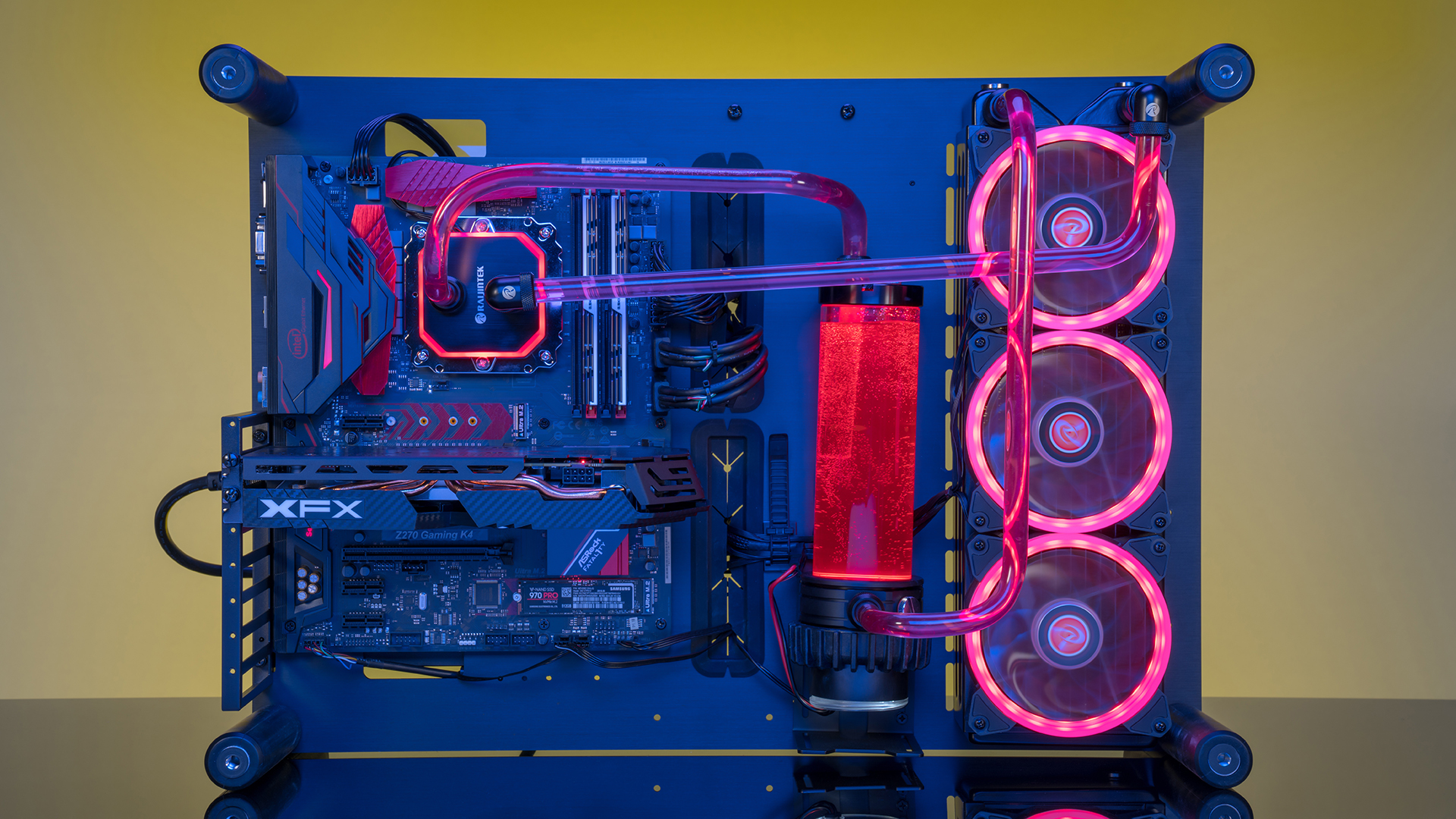 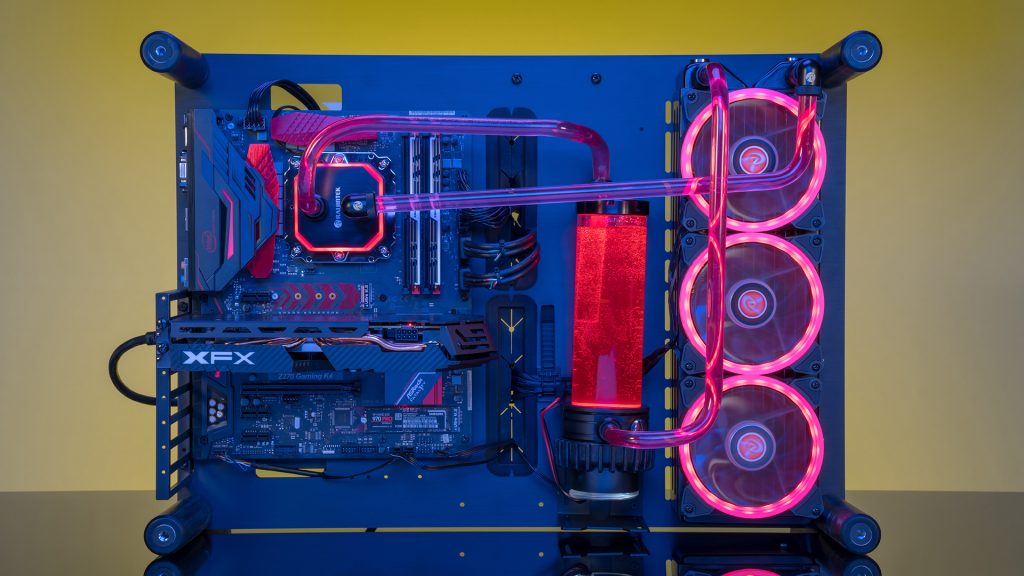 The open PC case format is becoming more popular lately, and what started as a common practice for test benches has evolved into a polished style. As manufacturers place an emphasis on turning out new open-frame models, the designs have become increasingly elegant. Components manufacturer Raijintek has taken a stab at the growing trend and released their first open-frame chassis, the Paean.
We got our hands on the Raijintek Paean and were so impressed with the design we decided to use it as the foundation to debut their first DIY liquid cooling kit, the Phorcys EVO CD360.

A Beautiful Case Not for Peons 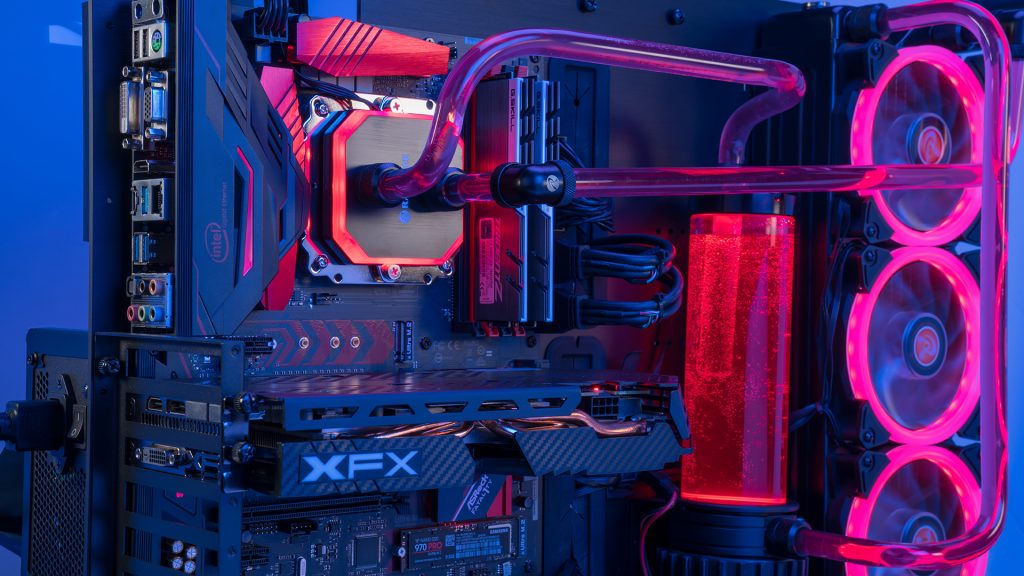 The Paean is one of the more innovative cases we’ve had come through our offices. Unlike other cases we’ve used for builds, the Paean comes disassembled, which presents some pros and cons. On the negative side, a case you need to put together yourself may be a bit intimidating and difficult for beginner builders. On the plus side, the Paean gives the builder a range of customization options for putting together the case.
The case can be configured in either a horizontal bench orientation or vertical for a more traditional format. We constructed it in a horizontal configuration, but it could have just as easily been built vertically had we chosen to orient the cooling system that way.
One thing to note is that since the Phorcys EVO CD360 cooling system we chose utilized hard tubing, once we decided on the horizontal format we would be unable to switch over to a vertical format unless we bent new tubes.
Depending on your setup you may or may not be able to switch back and forth, so put a little thought into the orientation of your tower before going to town on it.
The I/O ports are easy to move around and offer flexibility for connecting to the mobo though it’s a bit light on ports, with four USB 3.0 Ports and individual headphone and microphone jacks.
Raijintek promotes their parts as German-engineered, which implies a certain amount of care and attention given over to the design process. This rears its head in a number of places in the Paean, and is welcome in most instances here. The sleek metallic body echoes the attractive industrial design of a fine German automobile or appliance. In other cases, the engineering decisions make a decided turn for the quirky. The I/O cluster’s cable configuration is unlike one we’ve come across in any of our builds, with a 9-pin USB connector spliced on to the 19-pin connector. We really appreciated this flexibility to connect to I/O clusters to whatever USB headers you have on your motherboard, though small multi-colored wires run out of the splice and make it difficult to make the connections look nice. We think a black connector would have made for a cleaner design.
Although we didn’t opt to take the route of adding on custom modifications, the legs of the case screw into a fairly standard hole, so you could buy parts from a hardware store and make bigger legs to turn it into a full-sized coffee table if you wanted to really deck out your living area to showcase your PC-building chops. An open-frame case like this is made for showing off, so build on to your heart’s content.

The Heart of the Machine 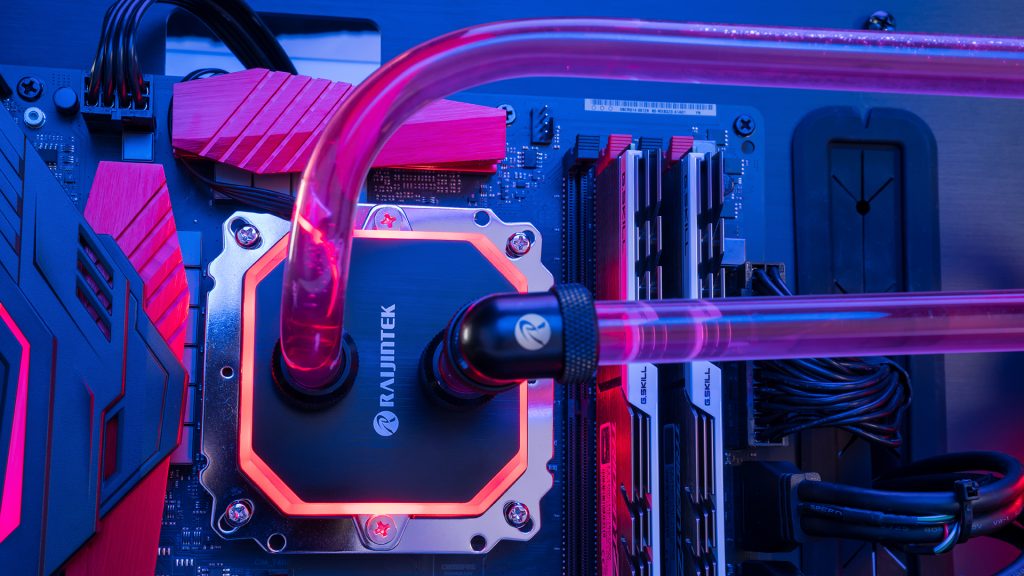 The minimalist design of the case meant that we could essentially start with any board of our choosing as a design template to build from, so we started with what we thought were some of the best parts we had in our offices that would make for a strong cohesive design. The motherboard we chose as the foundation for our color scheme was the ASRock Fatal1ty Z170 Gaming K4. This ASRock board has a strong black and red color scheme, which also matches the red accents Raijintek uses in some of their branding and in the accents of some of their products including in the Phorcys cooling kit.
Our processor of choice was an Intel i7-7700K. It may not be the latest and greatest now that we’re living in a 9th gen world, but it still remains a great option for a gaming CPU, and is one of the best CPUs supported by the Z170 motherboard.
With red as one of the primary colors in this build, it was only natural that we incorporate Team Red somewhere in our PC, so we chose an XFX Radeon RX 580 for our GPU. The RX 580 is one of the better spare AMD cards we had sitting around the office, and a is still a great option for great performance at 1080p in most games.
We’ve long been fans of using G.SKILL RAM in our builds, so we incorporated 16GB of G.SKILL TidentZ DDR4-3200 RAM into our sleek juggernaut. For storage, we popped in the 512GB Samsung 970Pro M.2 SSD. Although we only used a PCIe SSD, the Paean supports up to six drives (3 x 3.5” SATA and 3 x 2.5” SATA).
Finally, we dropped in a Corsair TX850M PSU. None of our components are on the higher end of the power spectrum, so 850W is more than enough to power everything in our PC without strain, and Corsair is a stalwart favorite here at Newegg. 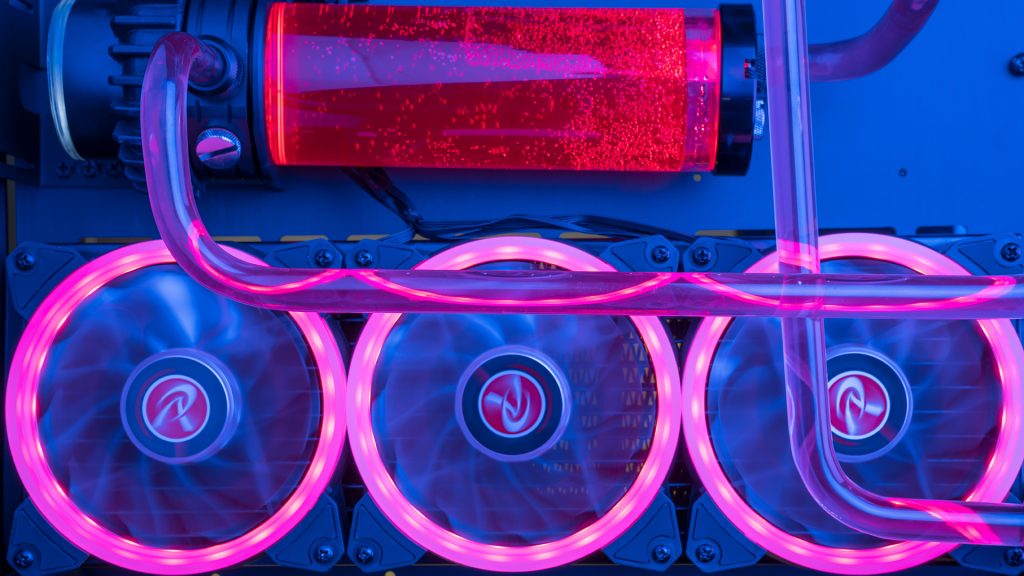 Once we assembled the heart of our PC, it was time to get its blood pumping. To go along with our slick Raijintek chassis, we used their new Phorcys EVO CD360 Cooling Kit for our cooling system. The kit includes a 360mm radiator, the largest size the Paean supports, as well as an RBG CPU water block, pump and reservoir with LED light, an IRIS RGB fan system, tubing, and coolant with six bottles of color dye.
The Phorcys’ best feature may be the IRIS fans included with the kit. The diffusers in these fans sport some of the best color rendering of any RGB fans we’ve used in our builds, and rendered red beautifully in particular. The pictures do not do full justice of just how stunning this build looked in person. Raijintek really has something special going on with their lighting tech, and we’re looking forward to seeing more of it.
Don’t let the size of the kit we used put you off. If you’re in need of a more compact option, Raijintek also offers a similar kit, the Phorcys Evo CD240, which is essentially the same as the CD360, but with a 240mm radiator and two fans instead of three.
It should be said that things weren’t all rosy with the Phorcys at the start. When we first received the cooling kit, we believed the radiator to be rusted and requested a second unit. We were informed that the radiator is actually made of copper, and simply appears rusted because the black paint is not applied in a way that totally concealed the natural copper coloring. This assuaged our fears of recommending what was otherwise a solid cooling kit with outstanding color rendering.
One other thing Raijintek loyalists should keep in mind is that the Phorcys uses their IRIS fans, which must be connected to the kit’s control hub differently than their popular Orcus series kits. When we first put the kit together, we thought the lighting in one of the fans was faulty. When we realized our error, it was a simple matter of switching around the connections to the correct sequence.

The Cold and the Beautiful 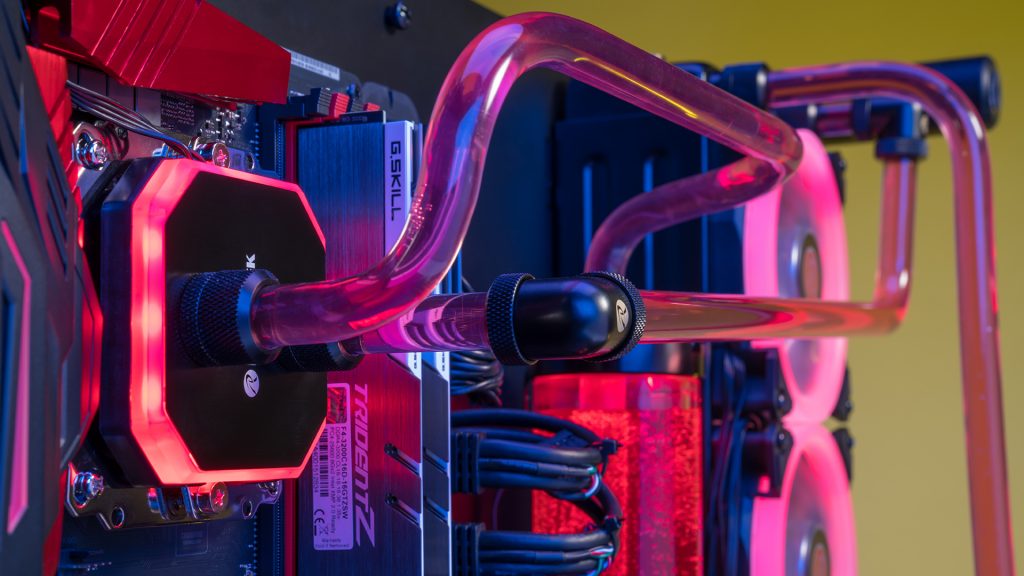 In our opinion, the PC we constructed with the Raijintek Paean open-frame case and Phorcys cooling kit is one of the most beautiful builds we’ve put together. Despite our initial trepidation with the Phorcys, there’s no denying that it produces beautiful colors.
The Paean is a near-flawless case, our only quibble being the multicolored wiring on the USB connections. The Phorcys kit is Raijintek’s first foray into water cooling but still a great choice for chilling your PC and looking good doing it. We are keen on checking out future iterations, especially if they keep using the IRIS fans.

“Note, all prices and products are accurate at the time of article publication, although some may have changed or are no longer available.”