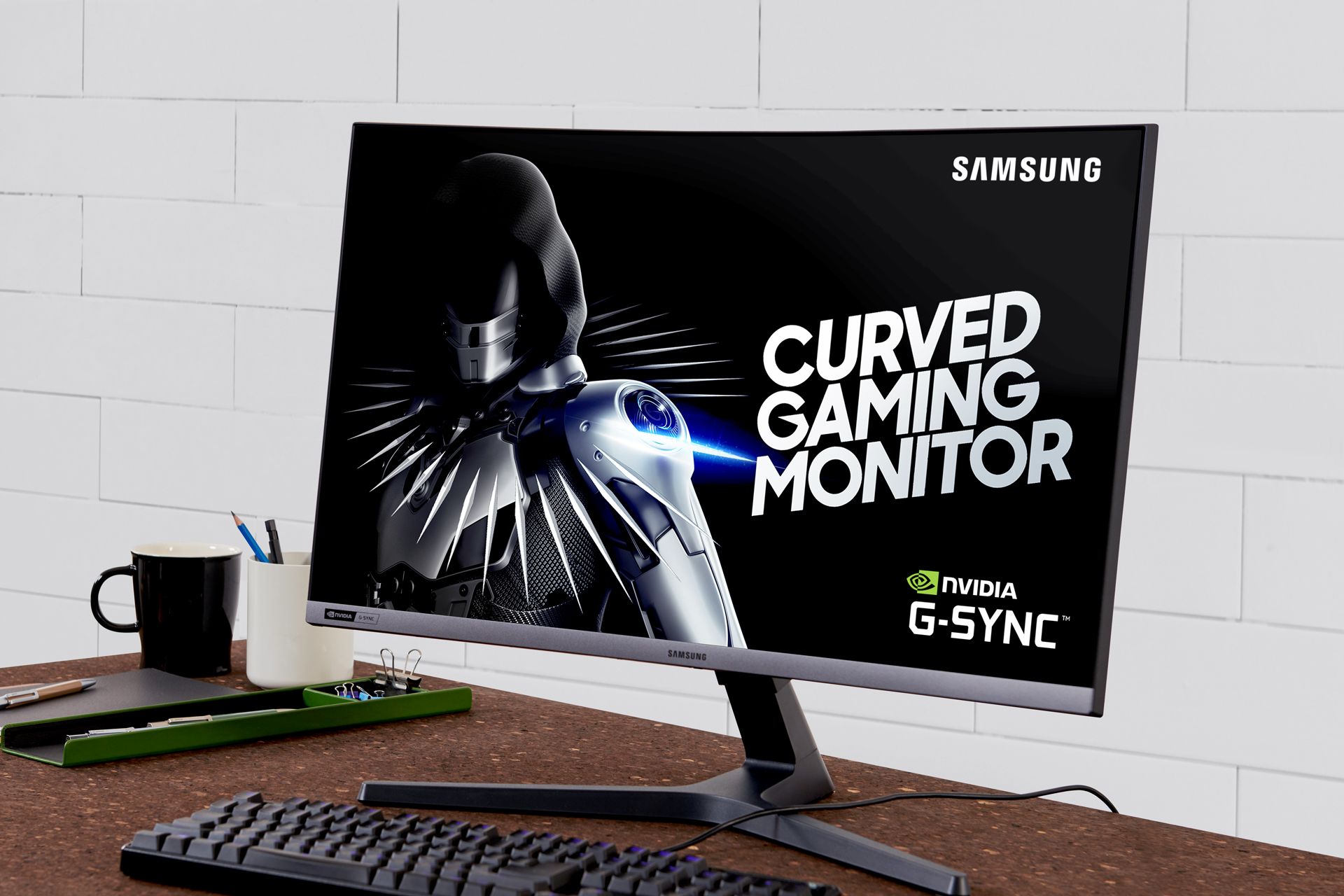 E3 2019 is in full swing, and we’ve gotten better looks at upcoming PC titles like Cyberpunk 2077, Halo Infinite, and Doom: Eternal. All of these games promise to have mind-blowing graphics, so you’ll want a high-end monitor to enjoy all the action on, right?

Luckily, Samsung has opted to announce their new CRG5 monitor the same week as E3 2019, so by the time the new games drop, you can have a fantastic looking monitor to play them on. Let’s take a quick look at what Samsung has on offer.

Starting with the basics, the CRG5 is a 27” monitor with a curvature of 1500R, and a hyperthin bezel on the top, left and right sides. The panel itself is 1920×1080 resolution and a 240Mhz refresh rate, and is validated by Nvidia as G-Sync compatible.

Some secondary features include VESA mount compatibility, a superimposed aiming point, and a variety of color balance modes. For connection options, you can expect 1 Displayport, (DP 1.2) and 2 HDMI ports (HDMI 2.0,) and a 3.5mm audio jack.

There is one one potential hiccup with the CRG5, but it’s a minor one. Samsung has opted to go with a VA style panel, which are known for being inexpensive, but are kind of the “jack of all trades, master of none” option of display technologies. Compared to IPS (In-Plane Switching) panels, VA offers less rich color depth, but does have faster response time. Compared to TN (Twisted Nematic) panels, VA offers more depth, but a slower response time. Of course, there’s also a lot to be said for balance, and this use of inexpensive VA panels will matter when we discuss the CRG5’s price.

Samsung hasn’t released a ton of media assets yet, but from the two pictures we have, the monitor has a fairly standard metal stand, and is made from black and grey materials. It should fit right in with any battle station. Interestingly, neither of the two photos show the CRG5 actually plugged in to anything,  nor are their any pictures of the back. All this means is that we have no idea what the power setup will look like for the CRG5, be it either a standard three-prong connector, or a barrel-plug with a wall-wart.

There’s one critical stat we alluded to, and it might be one of the most important: Price. It used to be that G-Sync alone would raise the sticker price of any monitor by a couple hundred bucks. After all, G-Sync relies on having some extra hardware in the monitor to “negotiate” a refresh rate between display and GPU. But with the GRG5, Samsung has managed to combine G-Sync, a large display, a high refresh rate, and other premium gaming monitor features into a unit that costs around $400. 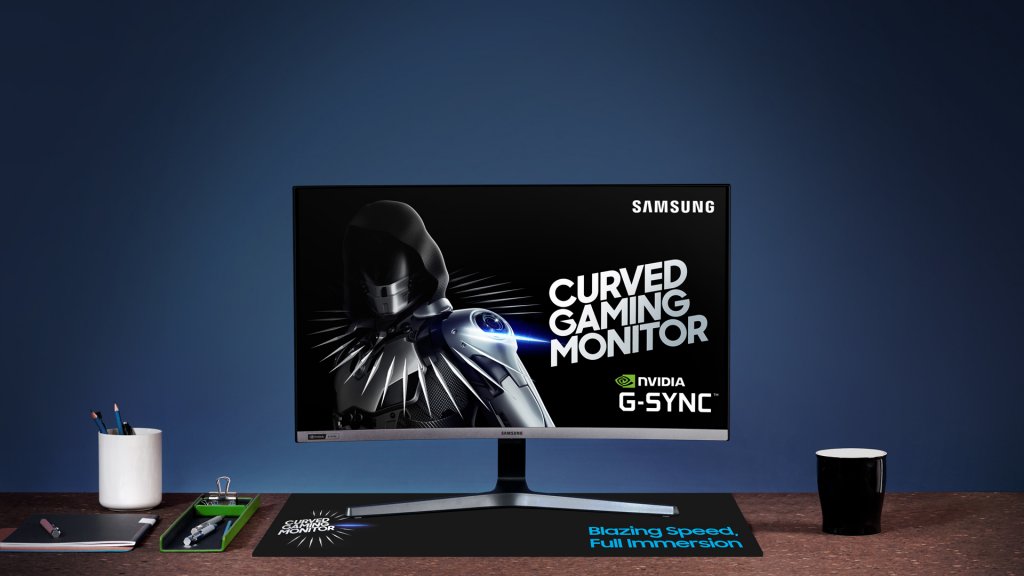 With its jam-packed feature set and affordable price, Samsung’s CRG5 gaming monitor is poised to move a lot of units. We’re talking a reasonably large screen with some top end gaming monitor specs, and usually expensive third-party technology in a $400 package.

Personally, I like the CRG5 because Samsung’s marketing department has actually gotten the memo on monitor naming conventions. CRG5 is easy to say, type and remember; it’s what I would consider a “user friendly” name.

If you want the word from Samsung directly about their CRG5, check out their Newsroom’s Press Release. The CRG5 is slated to go on sale in July, so be sure to check back with Newegg for availability.

For more, here’s an interview from the PC Gaming Show, the E3 event at which the new monitor was announced: