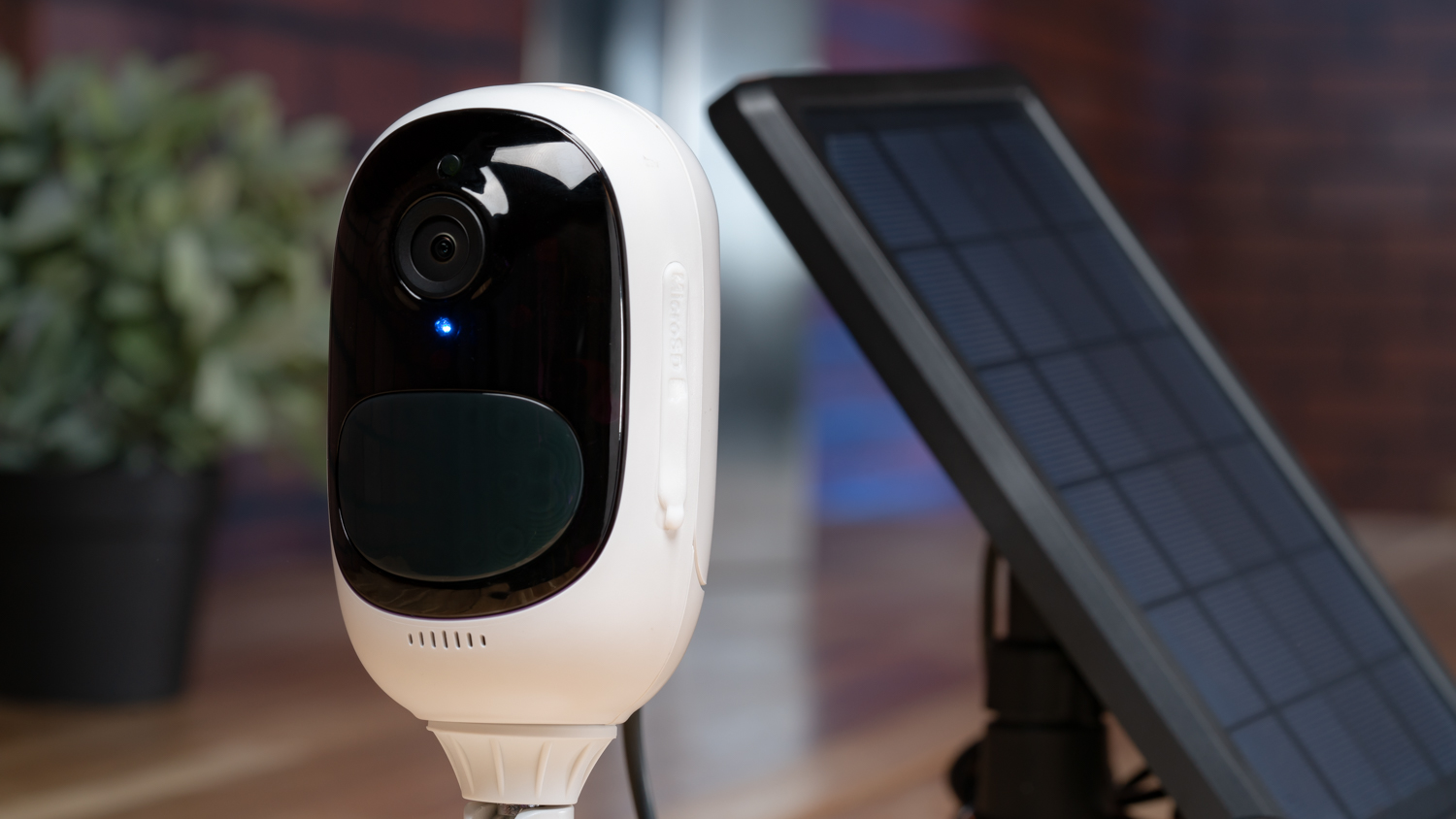 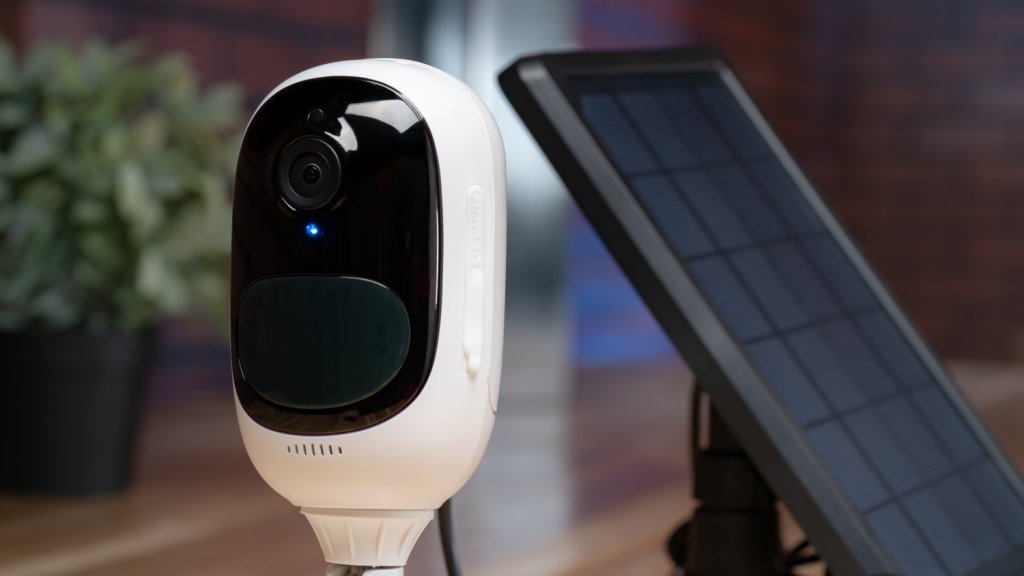 This past holiday season saw a spate of coverage on package thieves, from glitter-bombing avenging vigilantes to a thief caught in the act by one of my Newegg colleagues. Package plunderers are nothing new, but victims are gaining the ability to monitor them and fight back thanks to home surveillance becoming an increasingly accessible component of the modern Smart Home; what was once the domain of security professionals seated at a station of stacked monitors has become a simple system that connects to Wi-Fi with easy access and remote viewing on a smartphone app.

Some vestiges of the old school still remain, though. Many camera systems can still be a hassle to set up, requiring a serpentine network of cables to be painstakingly run through the walls of one’s home. Thankfully, competitive wireless security camera options have sprouted up in the past few years, and they’re making security a lot simpler.

Among these wire-free cameras is the Argus 2 Security Camera by Reolink. The Argus 2 is a $140 Wi-Fi surveillance camera that aims to not only provide a well-rounded surveillance package, but also generate an endless supply of power with its solar panel accessory, so you don’t experience any downtime while keeping your home safe. 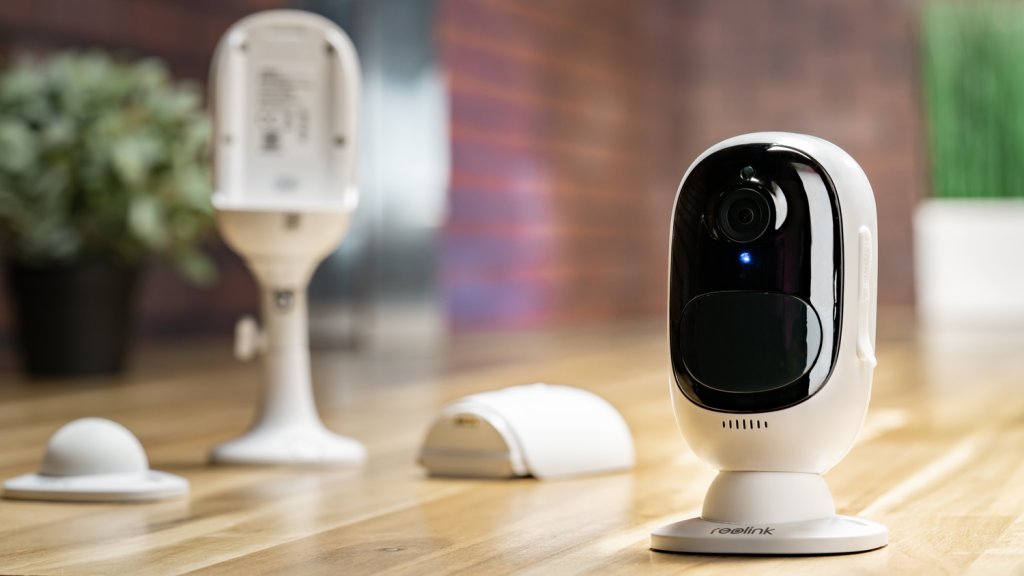 The Argus 2 is a truly wireless smart camera: not only does it connect over 2.4 GHz Wi-Fi, but it also runs off a rechargeable battery, so you don’t need to worry about running any wires to your power outlet like with some other supposedly “wireless” cameras. Reolink claims a battery life of four to six months from one charge, so you’ll have plenty of time for monitoring without worrying about hitting the included micro USB charger.

Speaking of monitoring, Reolink designed the Argus 2 with the kind of specs that make for excellent surveillance hardware, with 1080p resolution, night vision up to 33 feet in both black & white and color, and a wide 130° viewing angle.

Along with this clear image comes a suite of other security features, including a passive infrared (PIR) motion sensor that can trigger alerts, sound the built-in siren, and record if a MicroSD card (not included) is inserted, and two-way audio that allows you to listen and talk through the Argus.

The Argus 2 is IP65 certified weatherproof, so it can stand up to a fair amount of rainfall without harm and comes with a skin for additional protection.

Reolink’s app and client (available on iOS, Android, Windows, and macOS) serves as your surveillance system’s central control hub, letting you drop in for a live view at any time, tweak settings, and receive alerts and notifications. You can even begin recording video to save to your phone at any time, or take a screenshot.

While the battery in the Argus 2 already provides long-lasting surveillance, the Reolink Solar Panel supplies limitless power to the camera, connecting via an attached micro USB cable. The solar panel sits on a 360° mount that can swivel and move to reach the optimal position for maximal sun exposure. Obviously, the only caveat is that you’re adding a small wire in the mix to an ostensibly wire-free experience, but running a short cable between the panel and camera sure beats removing a camera entirely to charge. 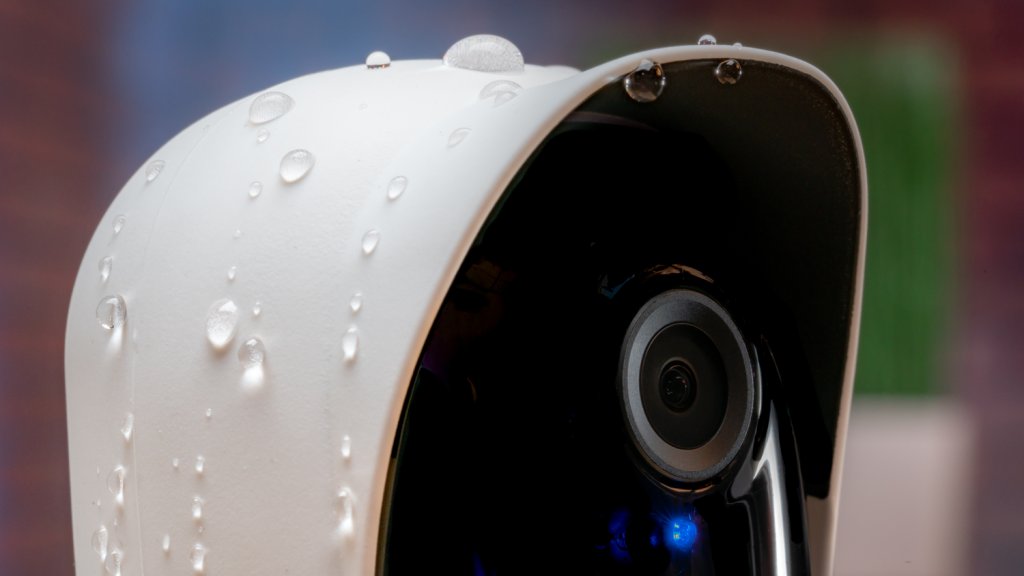 Reolink sent us two cameras and two solar panels, enough to get a feel for how running a small surveillance system works. As someone living in a studio apartment, this was enough to cover almost my whole living area anyway. I resolved to set up one camera inside, and the other on the balcony out back so I could test the weatherproofing and solar panel (I didn’t expect to really capture anything on a third-floor balcony, unless there’s a sudden epidemic of grappling hook-equipped thieves).

Setting up the camera through the Reolink smartphone app was easy: the app prompts you to scan the QR code on the back of the Argus, at which point the camera’s speaker will confirm a successful connection. You are then prompted to enter your Wi-Fi network name and password. Be sure to enter the information for your 2.4GHz network, since the Argus is not compatible with 5GHz Wi-Fi.

When the Argus’ speaker confirms a successful connection to your network, a QR code will appear on your smartphone’s screen. Scanning the code with the Argus will complete the setup process, at which point you are prompted to give your camera a name. I named mine “Entry” and “Balcony” so I could easily determine the location of each.

I placed the Entry camera on a table by my apartment’s front door. The Argus 2 comes with a sturdy stand that is adjustable without being wobbly, so I didn’t experience any problems from setting the camera down instead of mounting it indoors. Upon looking at the live feed on the Reolink app, I was struck by the wide field of view. I expected it to just capture the area in front of my door, but it stretched out to cover a quarter of my living room.

To try out the solar panel, I set up my second Argus outside on my apartment balcony. Mounting the camera was simple enough. The Argus 2 comes with everything you need — minus a screwdriver — to place the cameras wherever you want. The cameras attach to a mount that clicks into a mounting plate you screw into the wall. The solar panel mounted just as easily, and connects to the micro USB port on the back of the Argus 2. I had everything up and running in a matter of minutes.

By default, you need a micro SD card of up to 64GB to record motion-triggered video with the Argus 2, but Reolink has rolled out a service called Reolink Cloud (in Beta at the time of writing) that allows you to save your recordings to their secure cloud platform instead.

If your Argus and/or micro SD get stolen or fail, your videos will still be accessible on your Reolink Cloud profile. Going by the information on the Reolink Cloud website, there will be four tiers of subscriptions available to users, all due to arrive “Early 2019,” ranging from a free tier with seven days of video history, 1GB of storage, and support for one camera to a $7.49/month “Business Plan” that promises sixty day history, 100GB of storage, and support for up to thirty cameras.

For my testing, I opted into the ‘Beta Plan,” which provided me with 15-day history, 10GB of storage, and support for five cameras; plenty for my purposes.

I was impressed by the clarity of the video feed and the fluidity of motion. Having spent years working in retail and restaurants, I saw my share of choppy low-quality security camera footage; the Argus 2 showed how far security cameras have come since then. The video runs at a max resolution of 1080p and frame rate of 15 frames per second (fps).

I was fortunate enough to set up the Argus 2 on my balcony just before two consecutive days of rainfall. Now I could see how well Reolink insulated the Argus 2 against the elements. The results were as expected: neither the Argus nor the solar panel showed any signs of damage or malfunction after two days of heavy rain. The waterproof skin also nicely serves as a hood over the camera lens, keeping water droplets away and preserving its clear image.

The two-way audio similarly worked well. I got a friend to post up in my apartment as I left the building and was able to carry on a conversation with him using the Reolink app, with an audio delay of about two seconds when speaking over cellular data.

I feel the solar panel deserves special recognition because it performed well even through an unusually long stretch of cloudy days in Southern California. Even on gray rainy days, I noticed the panel seemed to be supplying a charge to the Argus 2. As stated earlier, the Argus’ battery lasts four to six months anyway, so even a storm of biblical proportions wouldn’t be enough to deter the power supply.

My interaction with the PIR motion detection was similarly positive. I never experienced any sort of false alarm in my time with the Argus 2, but it reliably send me alerts whenever anyone or anything moved past it. This could potentially be an annoyance like any smart camera, since I moved in view of the Entry camera fairly often, but turning off the PIR function in the Reolink app is easy.

I would just turn it off when I was home and simply flick it back on when leaving for work. The motion-activated siren worked well, loud enough for me to hear throughout my studio apartment, but I could see it potentially not being loud enough to hear if you’re a few rooms away in a larger home, depending on the level of ambient noise. If that’s the case, I would rely on the app alerts which triggered near-instantaneously anyway.

Security That Doesn’t Take a Break 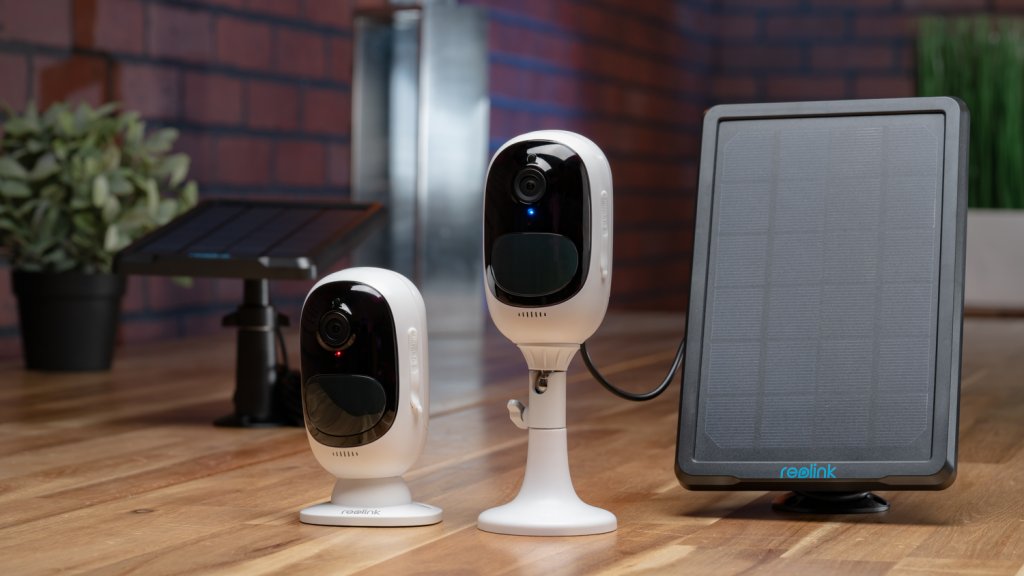 I was pleased with the results turned in by the Reolink Argus 2; it’s a great blend of easy to use, simple to set up, and hassle-free to maintain. As someone with little experience in home surveillance (outside of helping friends and relatives set up their cameras), I was surprised by just how the Reolink app made running my own home security system.

The limitless energy provided by the solar panel makes an already sweet package that much sweeter. If you want a smart wireless security camera with uninterrupted power that makes home vigilance painless, then the Argus 2 with Reolink Solar Panel is a fine candidate.