By Jason BlandfordOctober 16, 2014No Comments 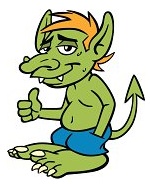 Those of us who get involved in online discussions on various social media sites have first-hand, intimate knowledge of the annoyance of trolls. They’re everywhere. You can hardly click an up-vote anywhere online these days without seeing some vicious comment from “Dude” or “anarchist123,” made only to incite more viciousness from normal human users.

In spite of various past attempts, no one has really found a solution to completely ban such transgressors. Simply flagging someone and/or their comment deters them momentarily, while they easily create a new pseudonym and return to continue their unwelcome behavior. Facebook has been on the forefront of social media which requires authentication of your identity so as to deter, though to a limited degree, the ne’er-do-wells of cyberspace. 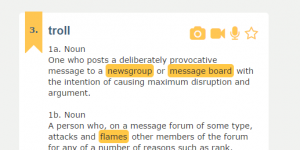 However, on the flip side of this, when you want to enter a discussion and remain anonymous but with all good intentions, this becomes more difficult. And the Internet ought to be a place where you can search for, discuss, and offer sensitive insights without being identified by future employers, stalkers, significant others, and of course, the ubiquitous trolls. Once in a while, anonymity is the only way a person who needs help can get help

Now, to the app – the word on the cyber-street is that Josh Miller, responsible for starting Branch, which was recently acquired by Facebook, is leading the charge to develop opportunities for Facebook users to engage in meaningful, authentic discussions without linking their words to their real identities, according to a New York Times article.

With this new app, according to the report,

You could stay anonymous to other users, but Facebook login on the backend could track the jerks and keep them out.
– Josh Constine at TechCrunch

Simply put, the app would probably work this way: you sign up with Facebook, and they know who you really are. Then, they allow you to create a pseudonym. You are free to operate under that pseudonym as long as you abide by the terms and conditions. If/when you violate Fb’s terms, you get banned based on your actual ID, not the pseudonym, to which Facebook has full access, of course. With the ID authentication protocol used nowadays, including your “friend count,” it will be much more difficult for trolls to create a new identity each time they get banned.

Even as I write this, many questions come to my mind, as I’m sure to yours as well. How many people do you know have more than one Facebook account, without even having an authentic one?

To what extent should we be allowed to be anonymous on Facebook and other sites? Who should decide that – the social media creators, or the users? Which is worse: identity theft or the eradication of internet anonymity?

I’ll give the last word to a commenter on another site:

Privacy is something you create for yourself by learning to keep your mouth shut and ears open. Period.