What is HDR, and why does it matter?

By Leo ParrillOctober 15, 2020No Comments 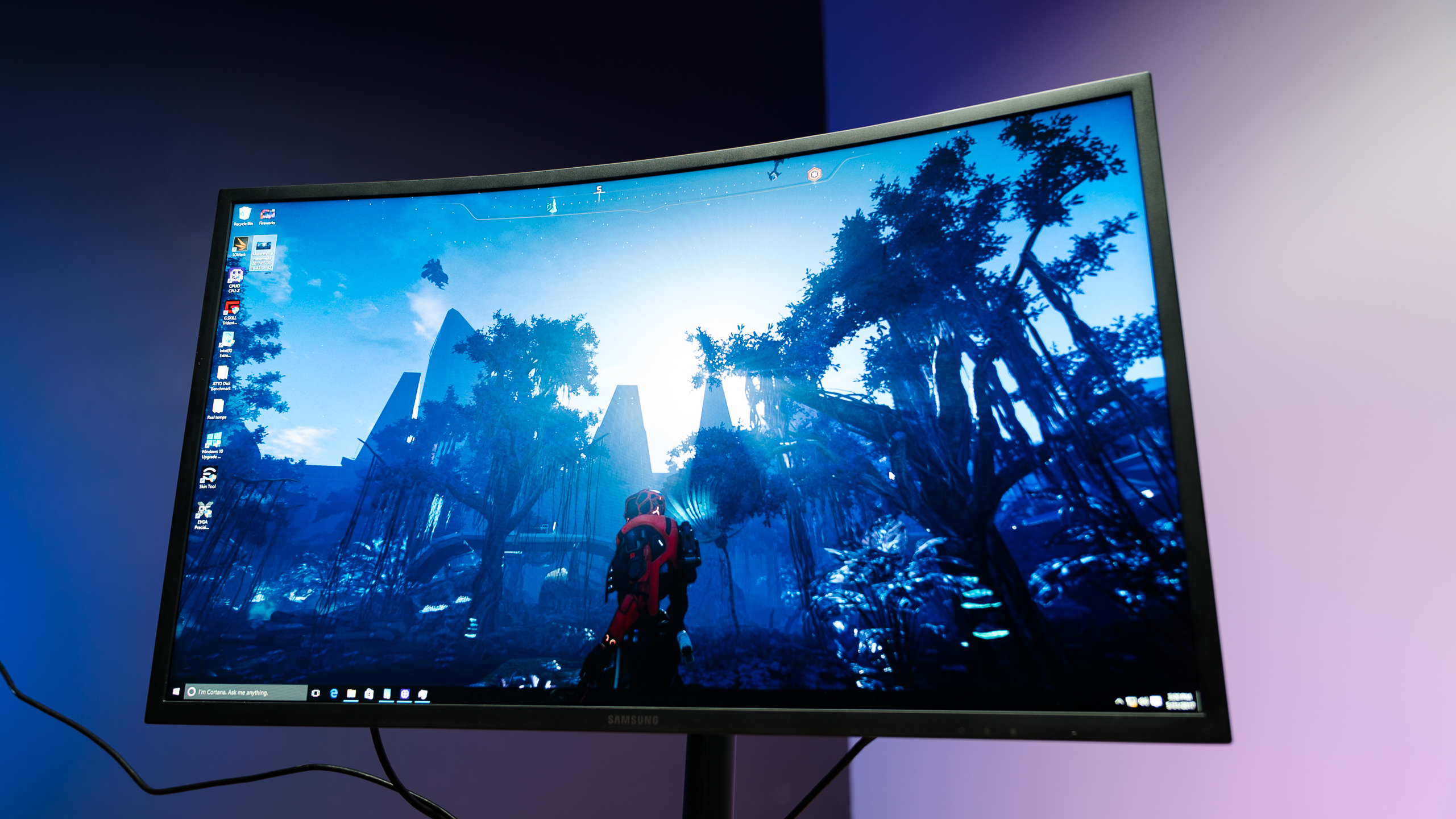 You may have heard that HDR (high-dynamic range) imaging is a game-changer for televisions, allowing for richer and more life-like images.

But HDR isn’t just for TVs. Many modern PC monitors are also incorporating this technology, which means enhanced contrast and colors in some of your favorite PC games.

So, how does HDR impact your gaming experience? To answer that question, let’s talk about what exactly HDR is, and how it works.

What is HDR? The Basics

High-Dynamic Range (HDR) refers to the ability of a monitor to display a wider range of contrast ratio and color than an SDR (Standard Dynamic Range) display. This means the display is capable of richer blacks and brighter bright colors, resulting in an image that is closer to real life.

As you might expect, this requires a panel with the capabilities to display that wider range of brightness and color, and that’s where the HDR feature becomes a desirable one.

What You Need for HDR

First and foremost, you will need an HDR-compatible display. Televisions are currently at the forefront of incorporating HDR technology, and most modern televisions support some version of this feature (more on the different versions shortly).

In addition to the display, you’ll also need an HDR source, referring to the media that is providing the image to the display. The source of this image can vary from a compatible Blu-ray player or video streaming service to a game console or PC.

Keep in mind, HDR does not work unless a source is providing the extra color information required. You’ll still see the image on your display, but you won’t see the benefits of HDR, even if you have an HDR capable display. It’s similar to resolution in this way; if you’re not providing a 4K image, you won’t see a 4K image, even if you’re using a 4K compatible display.

Fortunately, publishers embrace HDR across several formats, including several video streaming services, UHD Blu-ray movies, and many console and PC games. While not every PC game supports this technology, the list continues to expand with high-profile releases like Cyberpunk 2077, Star Wars™: Squadrons, and Marvel’s Avengers all supporting HDR. 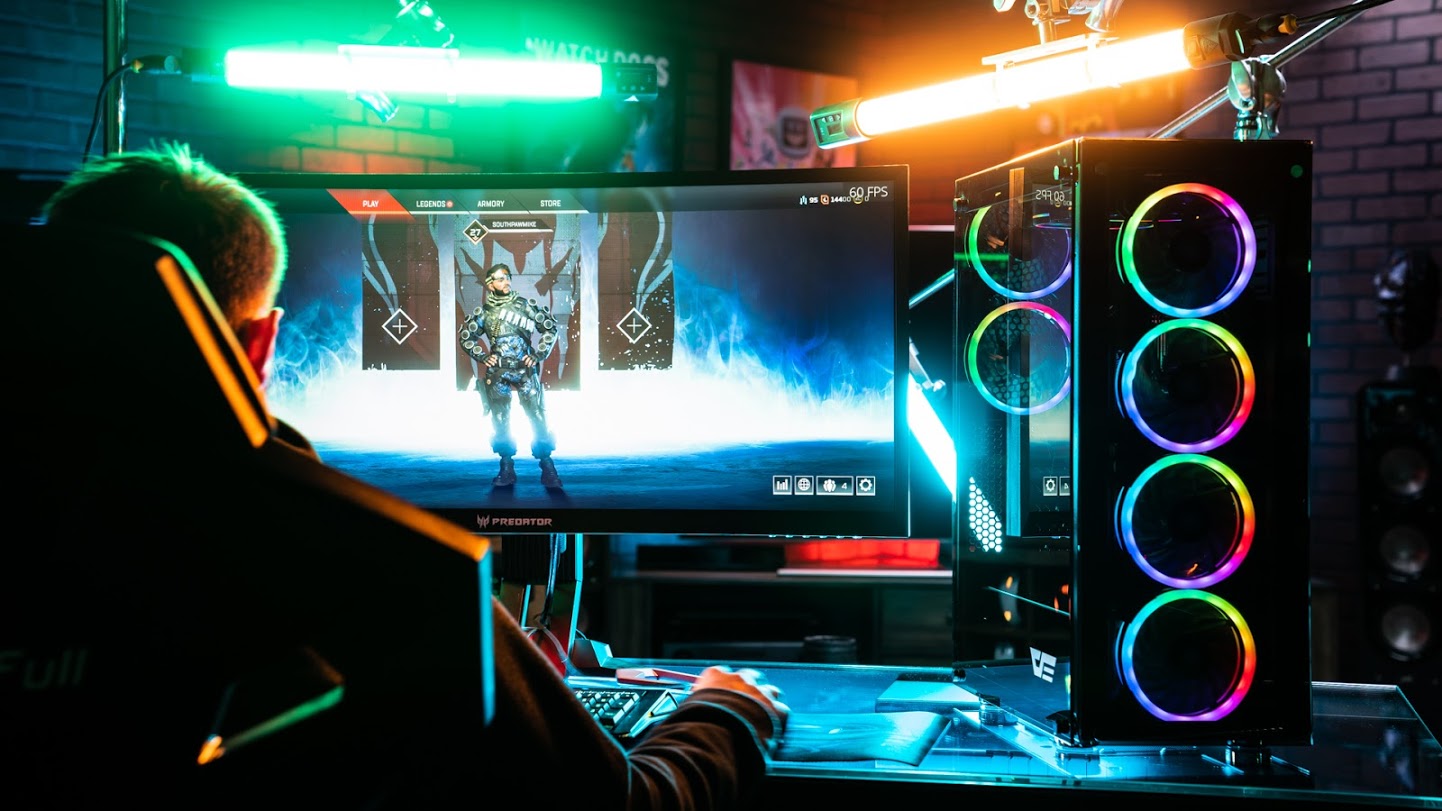 While the majority of the HDR discussion is mostly centered around televisions and console gaming, HDR has an increasingly prominent place in PC gaming as well. There are HDR gaming displays, and many games use the wider gamut of colors that HDR offers. Despite that, HDR in PC gaming isn’t ubiquitous. Why not? Partly because LCD panels that are designed for higher refresh rates and lower response times aren’t always compatible with high-end HDR. It’s not a feature as commonly found in “fast” gaming displays.

That said, there are options available if you want a gaming display with HDR support.

As with a television, to use HDR with your PC you’ll need not only a display that can support it but also a GPU capable of rendering the game with the additional color and brightness information.

So then, which GPUs support HDR? The good news is almost all modern gaming GPUs do. As long as you have a compatible display and configure your operating system appropriately, you should be able to enjoy HDR on your gaming PC. 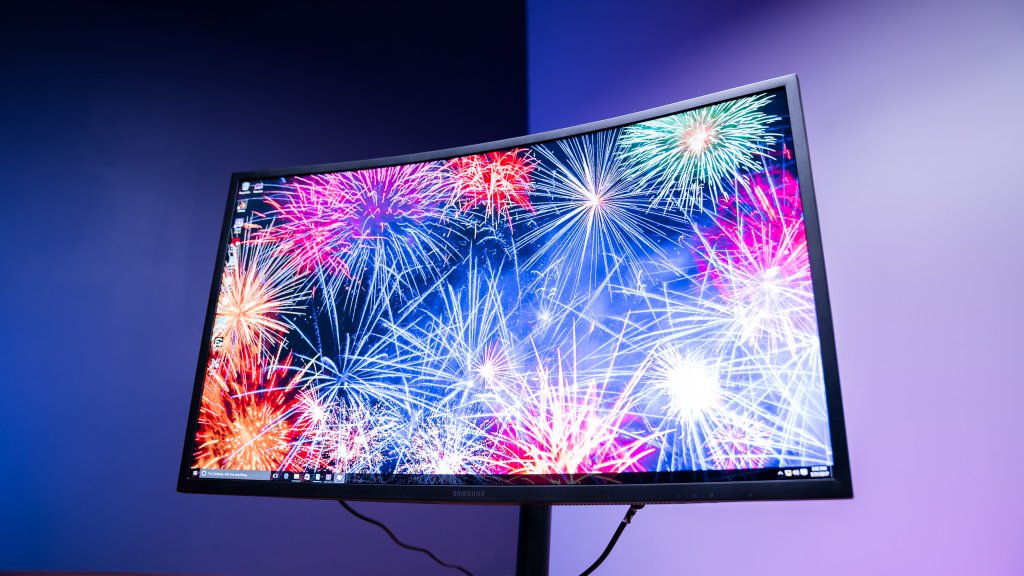 Talking about color range can get complicated quickly. But suffice to say, the higher the color range, the better the color accuracy in a displayed image.

HDR uses Wide Color Gamut (WCG), which is just a way of saying that the display has the ability to show more colors. Take an onscreen plant for example. With WCG, there will be more shades of green for the display to work with, and the results are a plant that has colors closer to reality. While even the best HDR display doesn’t showcase quite as many colors as the human eye is capable of seeing, it’s still a noticeable step up from SDR (standard dynamic range).

The brightness, or luminescence, of a display is measured in candela per square meter, more commonly referred to as nits. The higher the number of nits, the higher brightness the display can achieve. When it comes to HDR, nits are important because the amount of brightness impacts the contrast ratio, or how many colors it is capable of producing.

In other words: a display with 400 nits can’t get as bright as a display capable of 1,000 nits, and that means it has a narrower contrast spectrum to work with.

Oftentimes an HDR display will refer to the brightness of the monitor in the description of the supported HDR format. For example, an HDR 400 capable display means a maximum peak brightness of 400 nits. A display rated at HDR 1,000 has a higher brightness which means a broader contrast spectrum, and theoretically a more realistic contrast in a side-by-side comparison.

Unlike resolution or refresh rate, HDR refers more to a spectrum than a tangible number. Because of this, HDR isn’t standardized, and the results may vary depending on the manufacturer of the display. HDR always refers to a higher range of contrast ratio and color when compared to SDR, but exactly what that range is might vary.

There are several HDR formats, but here are a few of the most popular you’re likely to encounter:

HDR10 is an open-source HDR format that doesn’t charge licensing fees, so it’s the most commonly found. HDR10 is basically the baseline HDR standard due to its widespread adoption.

HDR10+ is the newer version of the HDR10 standard, and supports a higher color and contrast spectrum, as well as dynamic metadata. When compared to the standard metadata of HDR10, dynamic metadata allows for more information regarding color, and support for brightness levels up to 4,000 nits.

Dolby Vision is an HDR standard created by Dolby Laboratories. There is a licensing fee to use this technology, and it usually demands a higher-end display, so this format is less widespread than HDR10. Dolby Vision supports brightness up to 10,000 nits, which is far higher than most television or monitors currently on the market. Many streaming services and companies still support Dolby Vision however, and some displays support both HDR10 and Dolby Vision.

Each of these standards (and the other, less common HDR standards such as HLG) have strengths and weaknesses, but all of them are a significant step up over SDR. When choosing an HDR display, consider which version of HDR the display uses, and make sure that it is in line with your expectations.

HDR has a substantial impact on image quality, and can sometimes be even more readily apparent than other image metrics such as resolution. As HDR continues to become the baseline standard expect to see display technology continue to improve, and color accuracy and contrast ratio spectrums continue to widen.

Now that you know a little more about HDR, check out this selection of HDR compatible televisions and PC monitors to find the one that’s right for your setup.