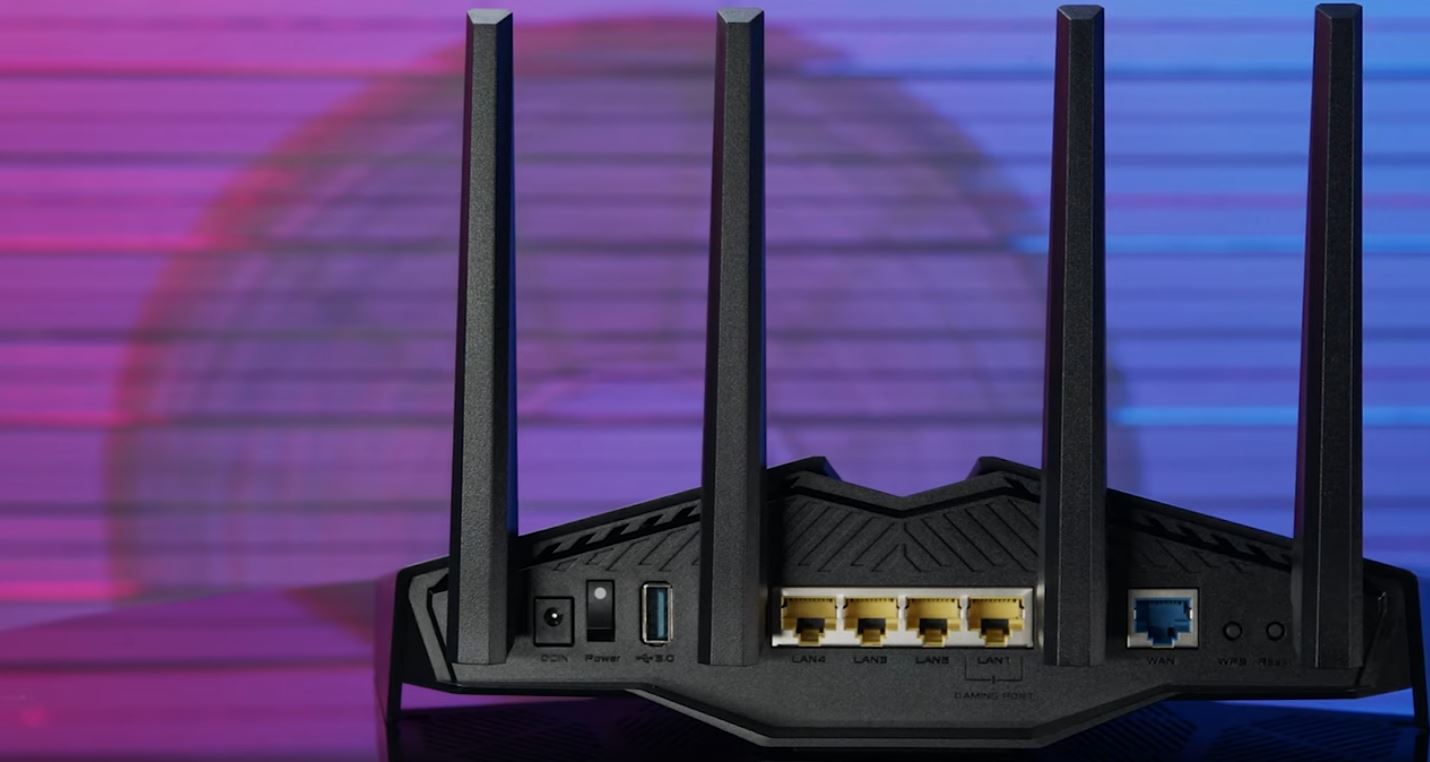 Wireless routers are the backbone of a home network and play an increasingly important role in network setups for businesses. When connected to a modem, Wi-Fi routers create the home network connection and deliver Internet connectivity to tablets, smartphones, computers, and smart home devices. Buying a wireless router might look challenging upon first glance. In this wireless router buying guide, we’ll walk you the terms and concepts to understand in order to buy the right wireless router for your needs. 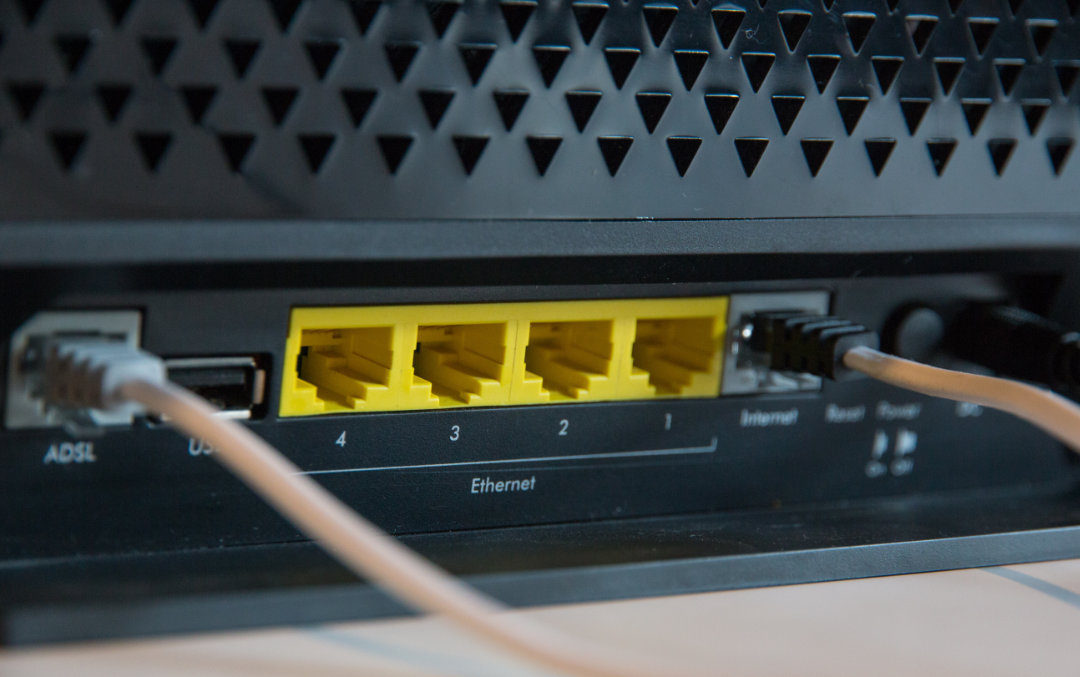 Modems and routers work together to deliver an Internet connection to devices on a home network. Each provides distinct functionality. Here’s a quick primer on home networking basics:

A modem or gateway connects your home network to the Internet and all of the other computers and servers facing the World Wide Web. The modem connects using a T3 cable line, DSL, or fiber optic—whatever type of infrastructure your Internet service provider (ISP) offers. The wide area network (WAN) is the name for networks created by the cabling that ISPs run between buildings. The modem converts data from the WAN into a signal that can be relayed between devices connected to your home network, called a Local Area Network (LAN) in networking terminology. A modem is named after its primary function: modulating and demodulating data.

A wired router essentially creates a LAN in your home. It routes data back and forth between the Internet and the devices (phones, computers, smart devices) connected to it. Devices on the same LAN (also called an intranet) communicate with each other through the router as well. A wireless router creates a wireless LAN, or WLAN, by communicating with other connected devices over a wireless frequency. To use networking terminology, wireless routers act as a wireless access point (WAP or AP) in addition to everything that a wired router does. 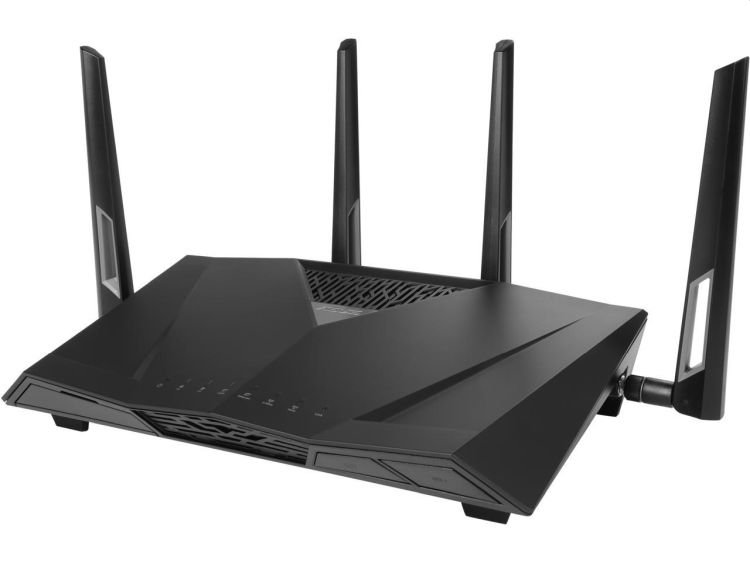 Modem router combos like ASUS CM-32 Cable Modem Wi-Fi Router have dual functionality — they connect to a WAN and create a LAN for users.

Many modems available today also have a wireless router built inside the same encasement. Most people rent a modem-router combo from their ISP for a fee that’s rolled into their monthly bill. Users can purchase their own networking equipment to waive the rental fee and save over the long term, while improving home network performance by purchasing smarter, faster gear than what the cable company offers.

It is important to note, however, that a “fast” wireless router will never speed up a slower WAN connection from your ISP.

Most wireless routers available today are dual band, meaning they communicate with connected devices on two different frequencies. A dual band router essentially gives users two wireless networks running through the home. The 2.4 GHz frequency is ideal for smaller data transfers at a longer range; data at that frequency can pass through drywall and between floors. The 5 GHz frequency can transfer larger files faster at closer range. You might also designate one of the networks for guest use. 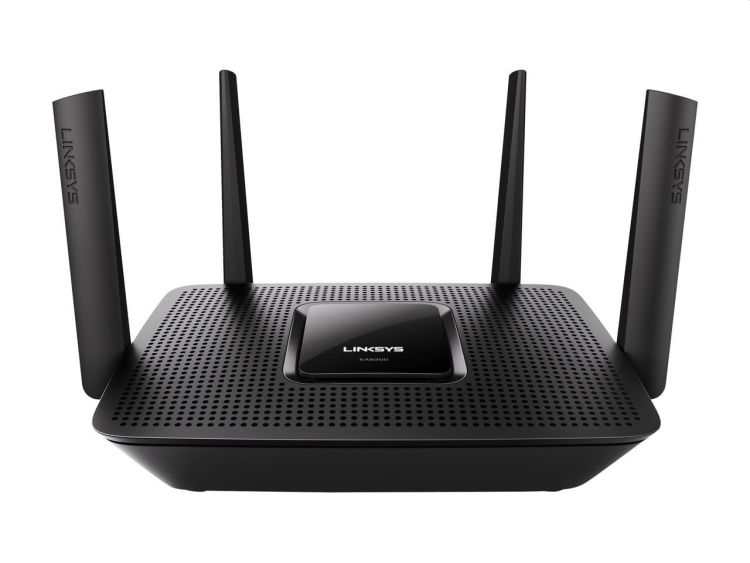 For home networks that need to accommodate many devices with a high demand for bandwidth, premium tri-band routers (See: ASUS AC3200,  Linksys EA8300 Max-Stream AC200, and others) offer a solution by giving users an additional 5 GHz channel. If you have several people in the house streaming content or gaming online over the wireless network, dividing devices across three frequency bands reduces interference, and usually results in fewer dropped connections and buffering pauses.

Networking manufacturers build equipment to engineering standards set by Institute of Electrical and Electronics Engineers (IEEE). Specifically, for wireless routers, IEEE 802.11 specifies the channels that might be used, and the radio frequency spectrum availability for operation. Wireless routers available today operate on 802.11n and later specifications—802.11ac and 802.11ax. The first home wireless routers that operated on 802.11b and 802.11g standards are generally considered obsolete. Each new specification standardizes a new component or improvement to wireless technology. We’ll discuss each in detail below. 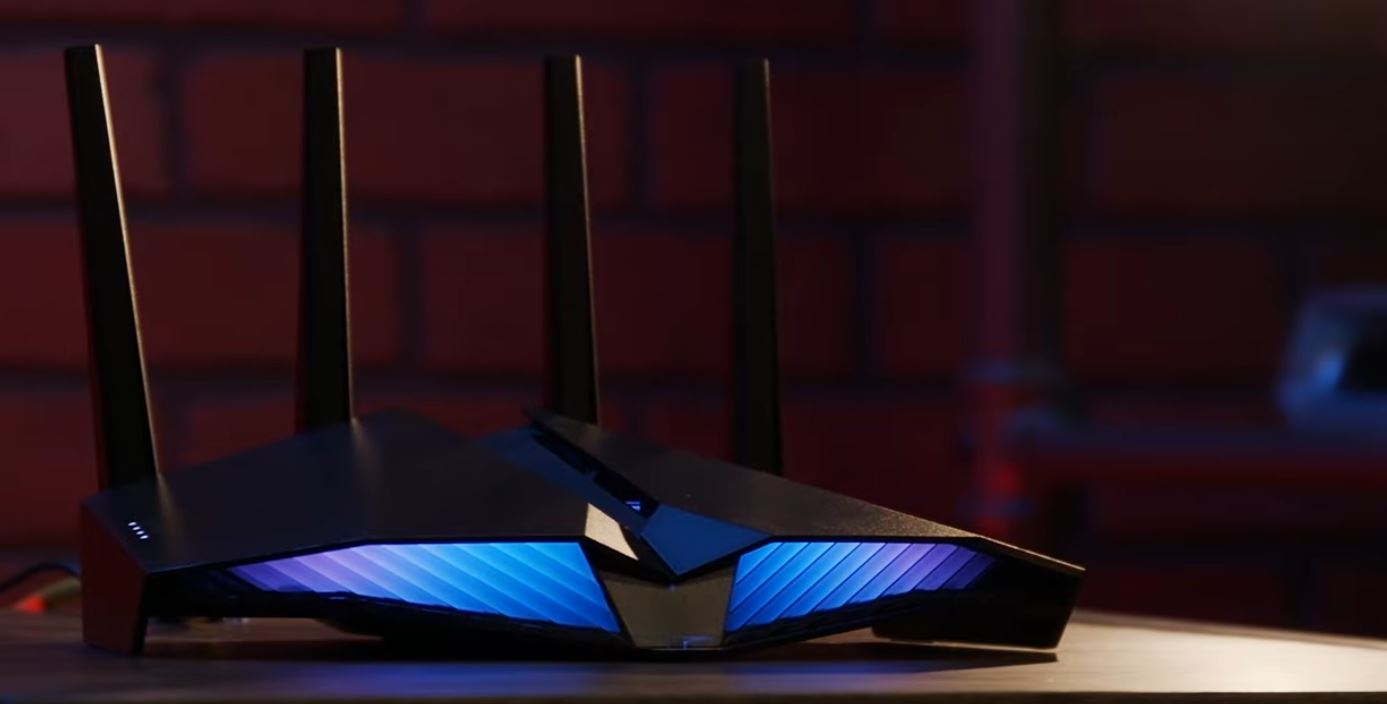 Cutting edge technology in 2010, today you will still find budget routers (See: TP-Link AC1200, Netgear N600 ) built to the 802.11n standard. N-series routers are usually dual band routers with single user Multi-In Multi-Out (MIMO) technology, created to increase the number of antennas on a wireless router that are used for both receiving and transmitting data. N-series routers ushered in the age of streaming content over Wi-Fi, increasing maximum data transmission rates from 54 Mbps up to 900 Mbps.

The latest wireless router standard 802.11ax (also called Wi-Fi 6) improves real-world download speeds by up to 40 percent by some counts, even though most home Internet connections will not be fast enough to take advantage of these capabilities. Wi-Fi 6 routers are the latest in high performance wireless equipment with offerings from leading OEMs (see: ASUS Gaming Router Tri-band, Netgear Nighthawk AX8 8-Stream,  TP-Link WiFi 6 AX6000 ) Users will see noticeable performance boosts in environments many devices are uploading data on a crowded network—like at house party or a WLAN gaming event—or when streaming VR and 4K content. 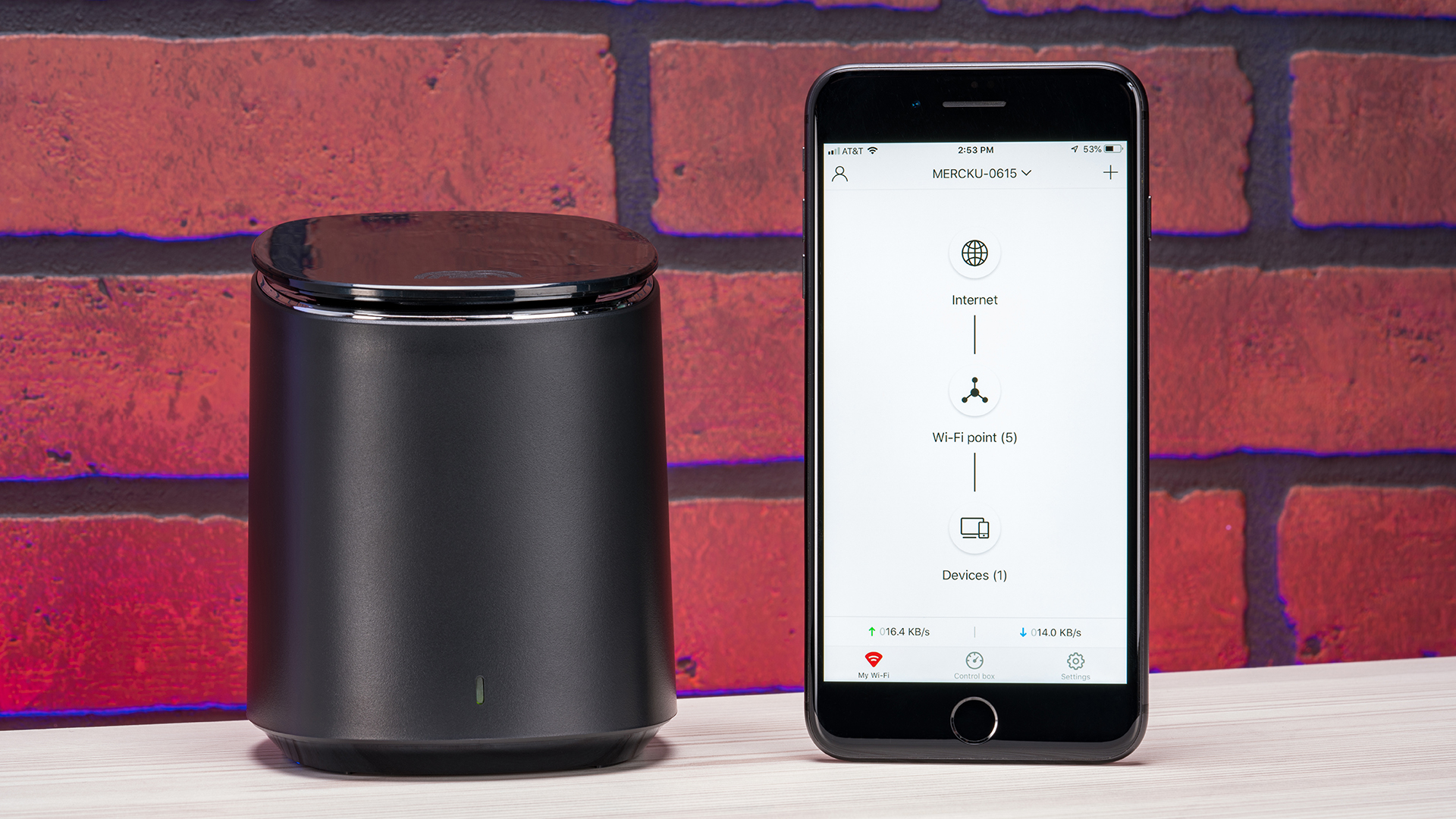 Most new wireless routers have enough range to cover a medium sized home. Mesh Wi-Fi systems are designed to cover larger homes and spaces. Routers come packaged with two or three satellite notes that you place around the home. The notes relay data between themselves and the router, which makes bandwidth available more readily throughout the home. Mesh systems offer improved performance compared to wireless networks piecemealed together with range extenders and multiple wireless routers. Some are sold as a package deal (See: Linsys Velop, TP Link Deco) and you do not need any technical knowhow to install them. You can turn most AX routers into a mesh system with a firmware update.

The QoS (Quality of Service) function of the router allows you to prioritize bandwidth to specific activities or devices. It is particularly useful where there are several devices using the router. You might, for example, prioritize bandwidth to the Nintendo Switch or Dad’s smartphone. QoS is treated differently by various routers. Sometimes, it is referred simply as WMM or WiFi Multimedia. A wireless router with a fast CPU is advantageous for QoS configurations.

Almost all wireless routers have physical ports. Having an Ethernet port to plug into is handy if you have a desktop PC without a wireless card, or if you would like to connect Network Attached Storage (NAS) as a shared media center. A USB 3.0 port allows you to connect a shared storage drive that can be accessed by devices on the LAN and WLAN as well.