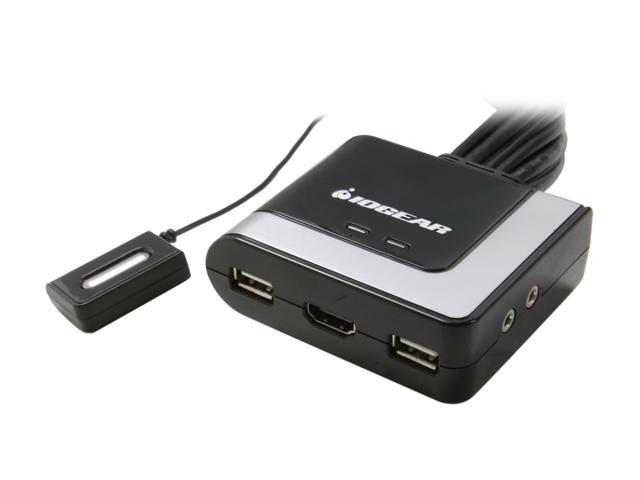 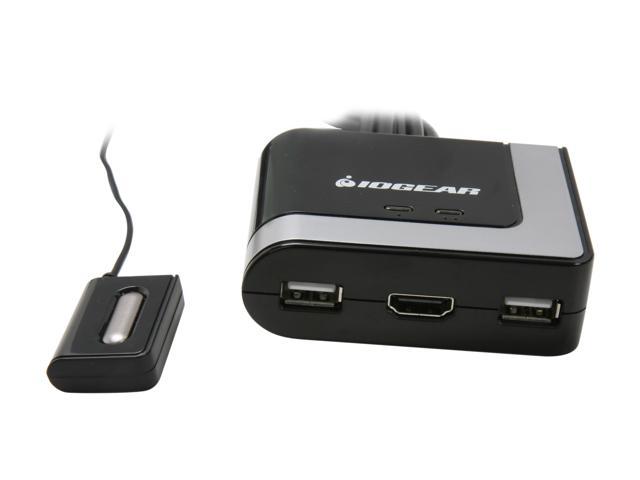 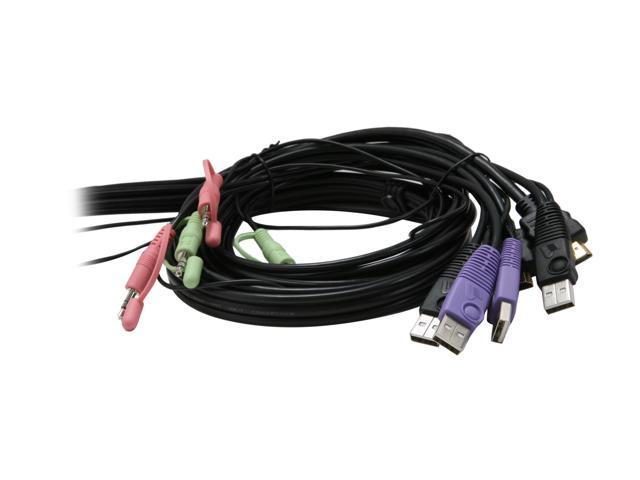 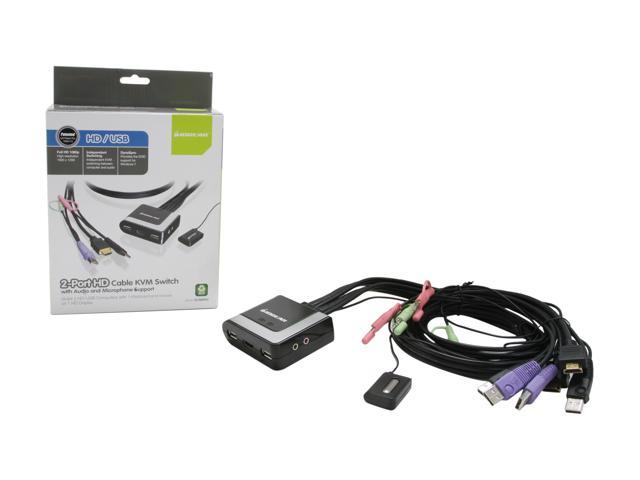 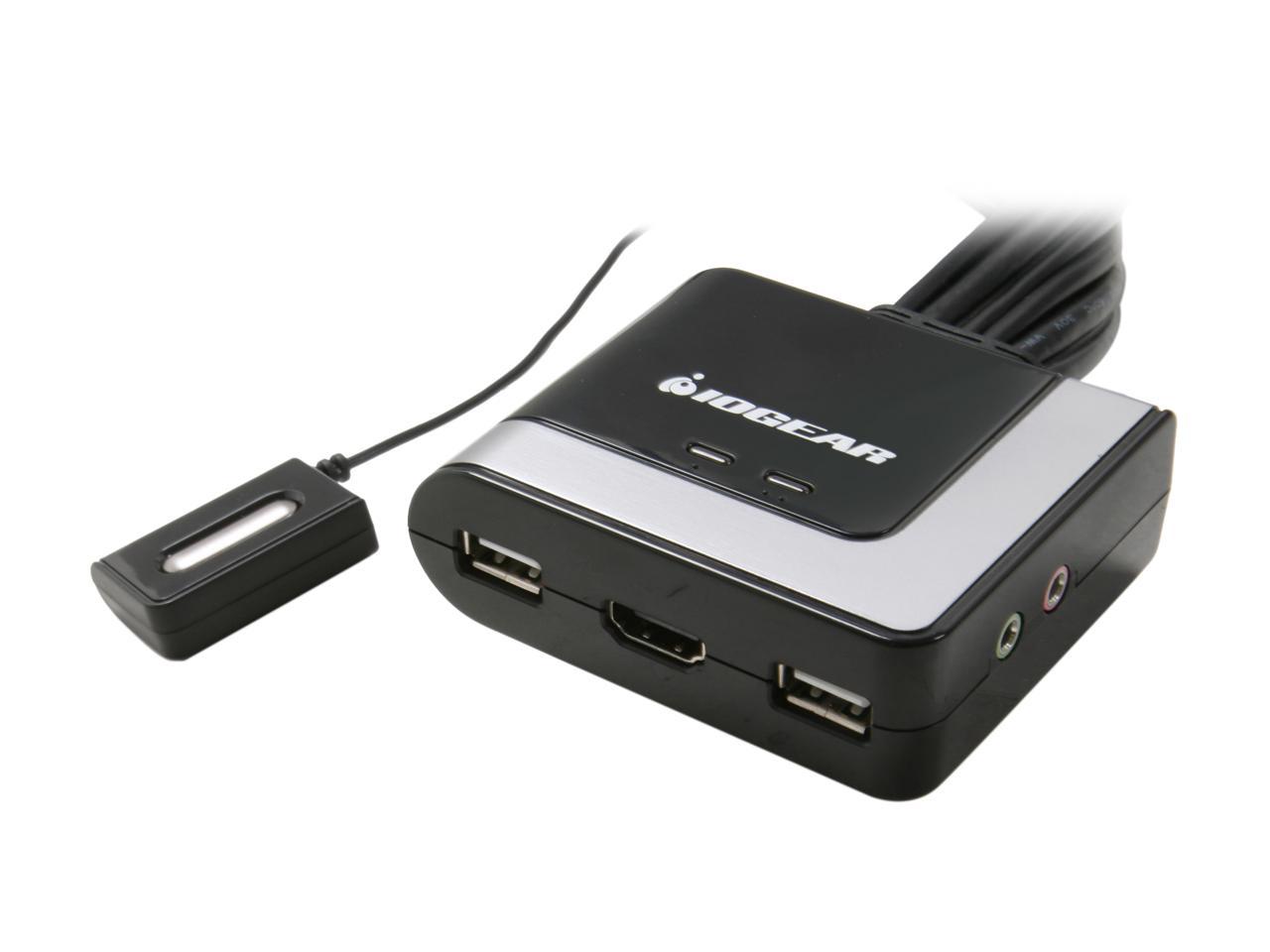 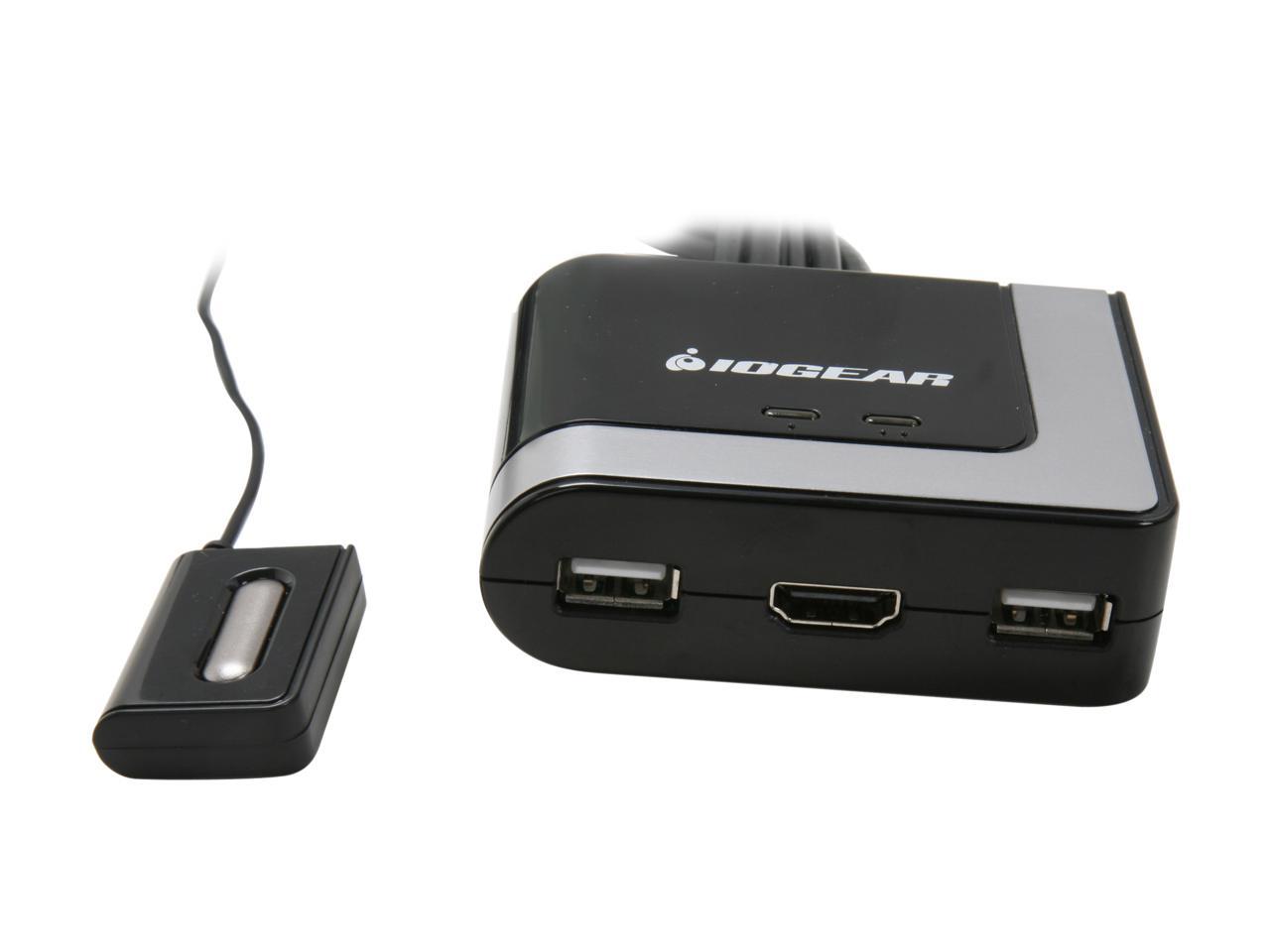 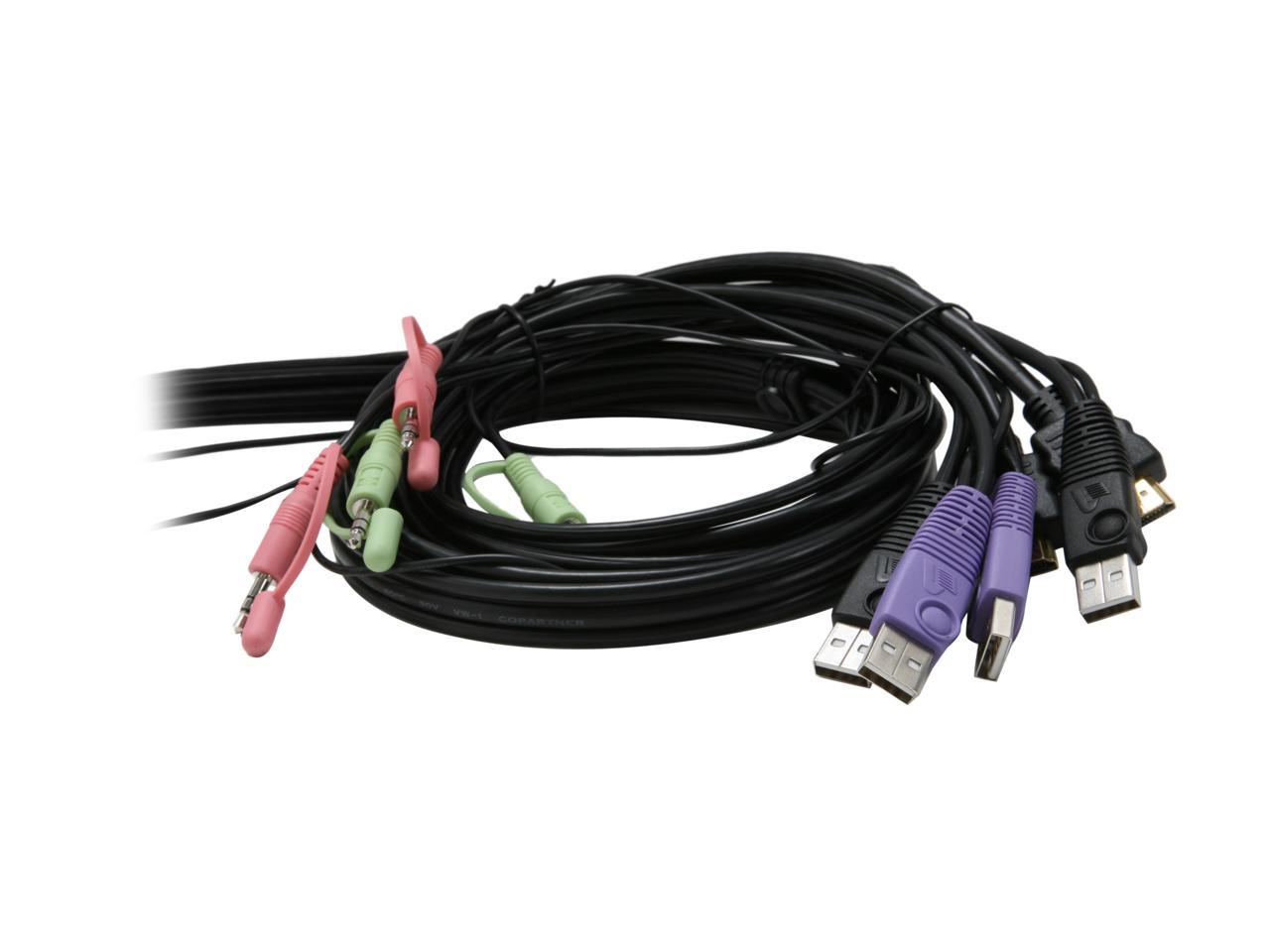 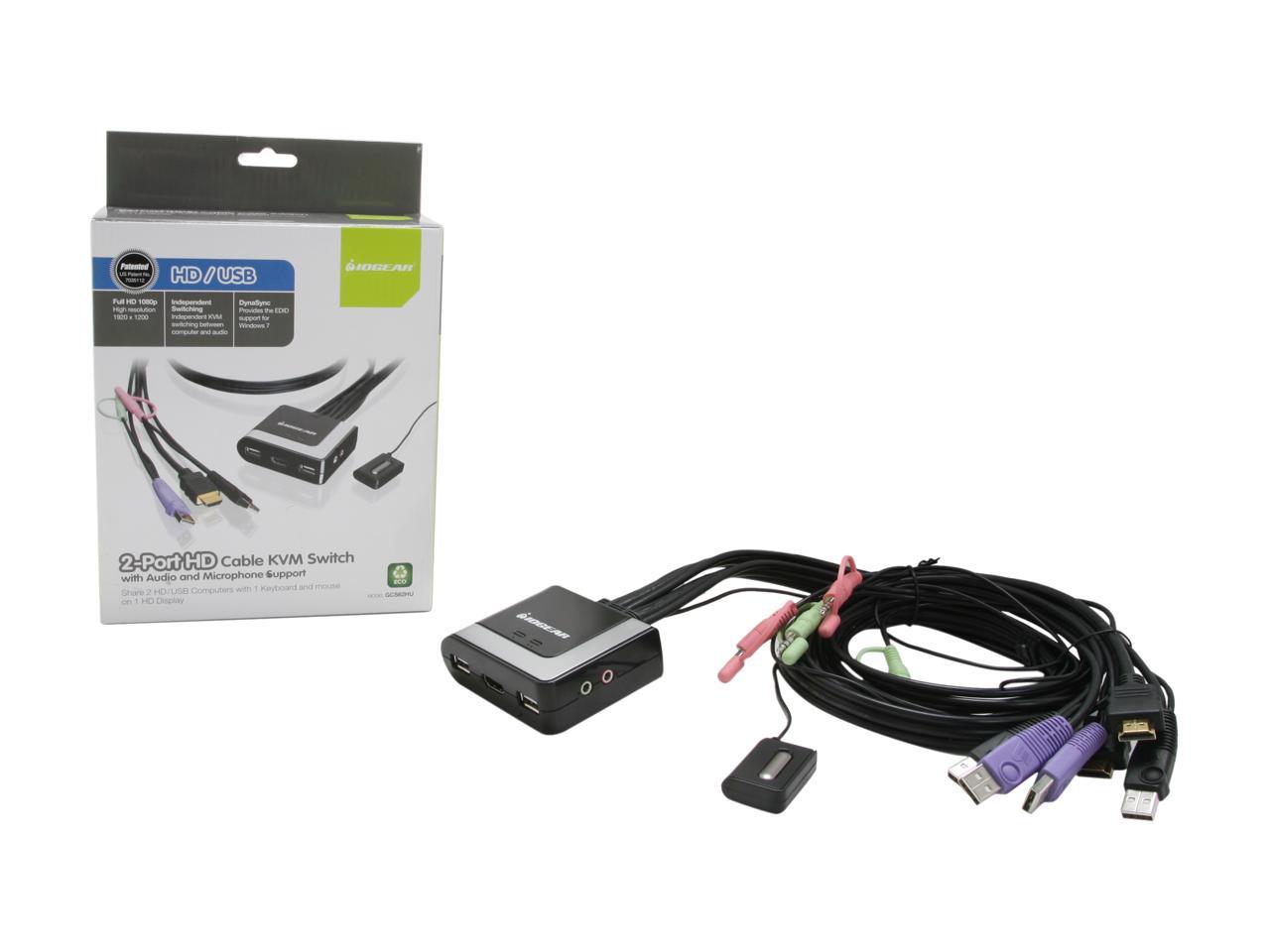 Learn more about the IOGEAR GCS62HU

Pros: It works as well as most KVM's I've used over the past 20 years. It is better than most when dealing with quirks from a famous Microsoft operating system (Windows 7 and 10). Also works well working with Linux (currently Ubuntu 14.04 and 16.04).

Cons: When I read reviews complaining, and manufacturer responses, about "gaming mice," I thought it meant that the additional buttons didn't work because that mouse worked with an older (VGA) KVM. (The extra buttons didn't work but the mouse worked.) However, on this KVM, it doesn't even see the mouse. I don't care about the extra buttons; I just like how the mouse feels. Emphasis, the cost of one egg is because other KVM's have worked with that mouse. I have trouble using the keyboard shortcut to change computers. It can spazz out the keyboard (and it stops working). The fix is to use the KVM's button to switch which also resets the KB to a working state. Not deducting an egg for this because a lot of other KVM's have problems using the keyboard to switch computers. (I'm grading on a curve. This KVM is above average but not excellent.)

Overall Review: From reading other comments, I believe that many have an unrealistic expectations of KVM technology. I have used different KVM's for some 20 years or so. None of them have been great. (Even those costing several hundred dollars.) IMHO, many of the problems reported are actually due to computer hardware design (not the KVM) and/or due to the software design of Windows (because I have problems with video in Windows O/S that doesn't happen in the Linux O/S.) I wish people wouldn't blame the KVM manufacturers when the blame truly belongs with the people who wrote the video standards and/or with Microsoft. Yes, some blame for problems does belong to KVM manufacturers but not nearly as much as is attributed to them.

4 out of 4 people found this review helpful. Did you?
Manufacturer Response:
Thank you for choosing IOGEAR. There is a fast and simple solution to your complaint. First this KVM is emulated , the built in emulation is looking for a basic 104 key wired keyboard and a basic 2 or 3 button wired mouse. No guarantee with anything else unless it is an IOGEAR brand. The work around is to turn off mouse emulation through HSM ( KVM programming) . Then you can run a powered hub out of the mouse port and run your non standard keyboard and mouse through the hub. To better service you and understand your set up, please feel to contact our customer support at 1-866-946-4327 or email us: support@iogear.com. Once again, thank you for choosing IOGEAR.
Anonymous
Ownership: 1 week to 1 month
Verified Owner
Works for me1/12/2016 5:04:11 PM

Pros: Switches between my linux and windows10 boxes.

Cons: I wish it switched a little faster but I'll survive... I wish I could buy one that switched two monitors

Pros: Works with my equipment. Computer 1: Linux Mint OS, Computer 2: Windows 8, Logitech K350 keyboard, Logitech AnywhereMX mouse, both using one Logitech unifying receiver. It also works with my Logitech G510S, although I did not use any of the gaming features. Low Price

Cons: The monitor takes longer to switch over than I would expect. But its not horrible. Much faster than me unplugging and re-plugging.

Pros: Very simple to use. Easy to hook up. Works with wireless keyboard and mouse through single nano receiver.

Overall Review: Had VGA version of the IOGEAR but when my work laptop was upgraded with HDMI port, I jumped on this upgrade. Love it. Now all my connections are HDMI. Cheapest digital KVM out there.

Pros: Works perfectly for me.

Overall Review: Note iOgear say it will not work with all wireless keyboards and mice but it works fine with my Logitech KM using the Advanced Setup see "Overview Tab".

Pros: 2nd one I have. Liked the first one so I ordered the second one. Most newer computers and video cards require HDMI connections. Easy switches from one to the other with just a flick of a switch. Easy to set up. Replaced an older KVM that would not handle newer equipment

Cons: When switching from one to the other, it is not instant , it takes the screen flickering and going black for a short time. It takes 10-20 seconds to switch completely. Both KVMs I have do this. I took 1 star off for this minor issue

Overall Review: I would recommend this product, I would buy again

Overall Review: Very good product. Other KVMs did not work between my Win 7 and Win 10 systems because they did not use emulation. For some motherboards this is important.