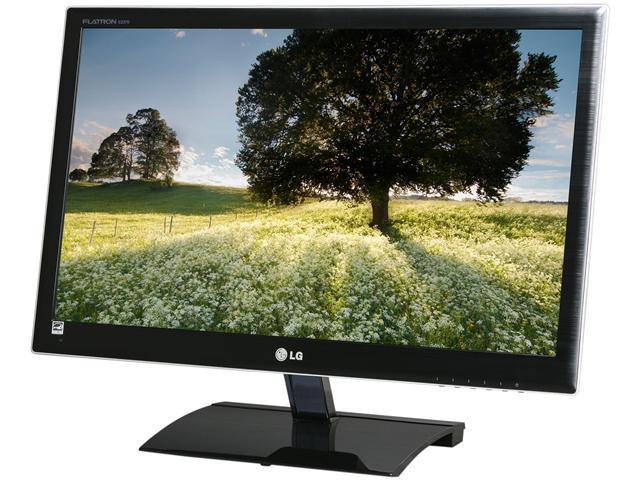 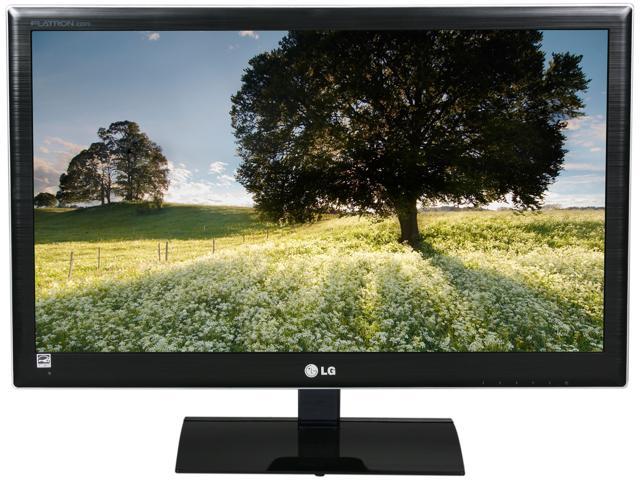 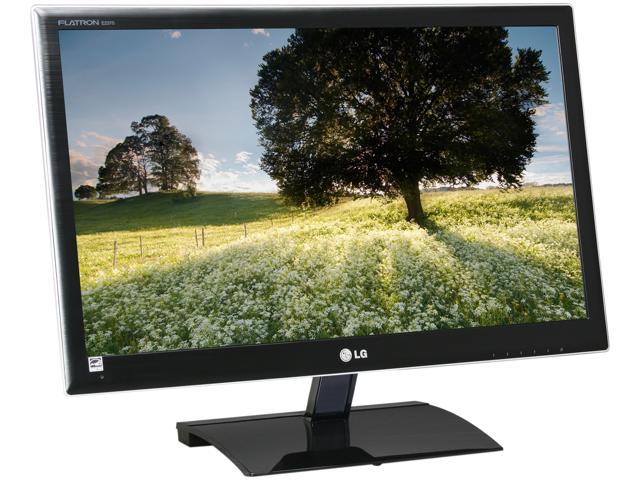 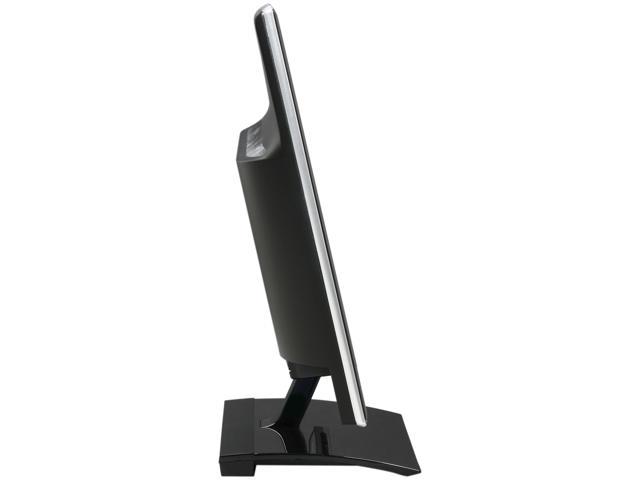 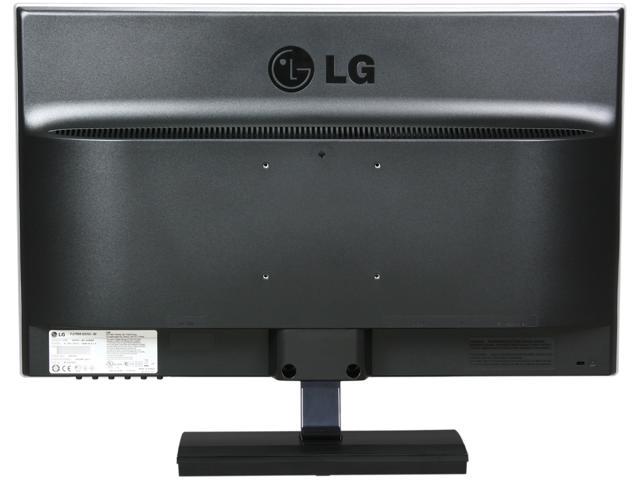 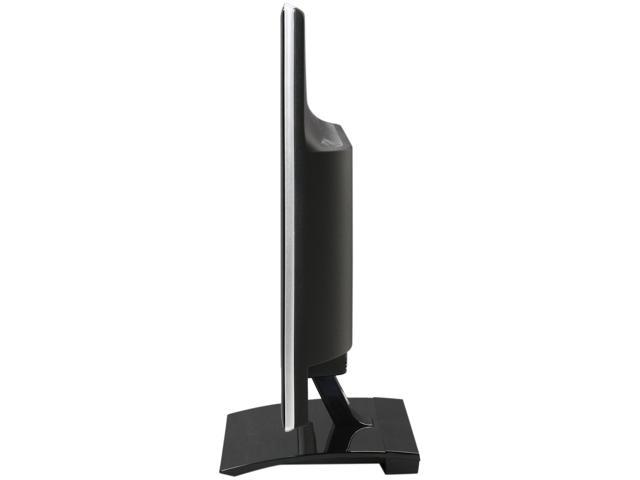 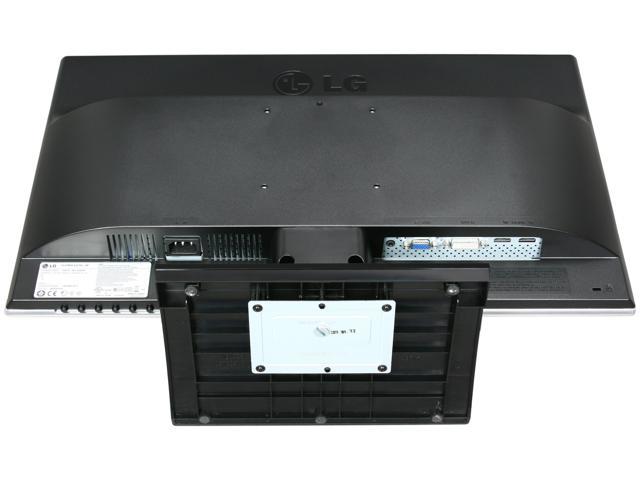 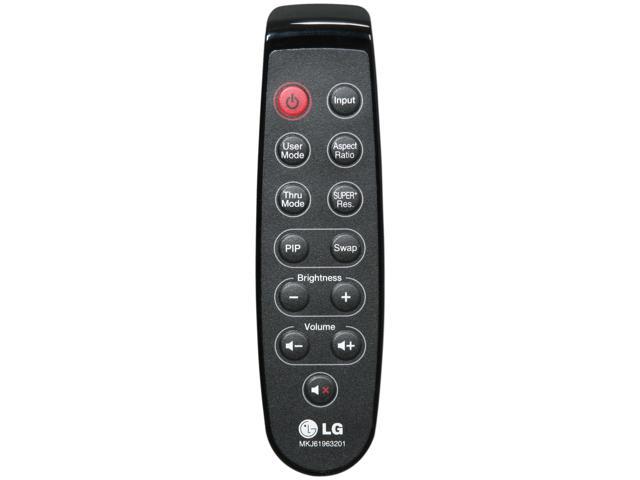 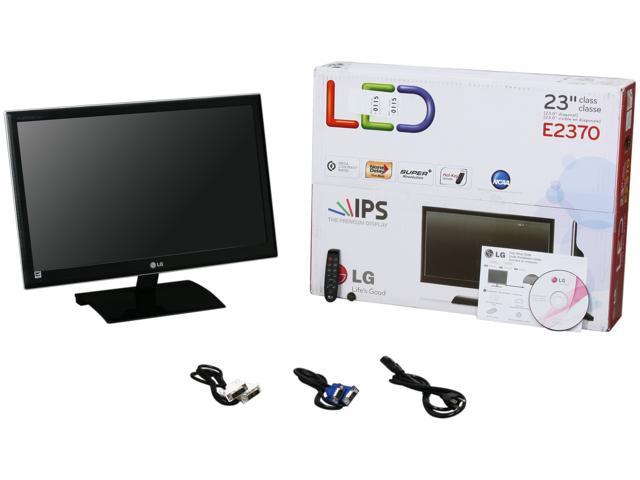 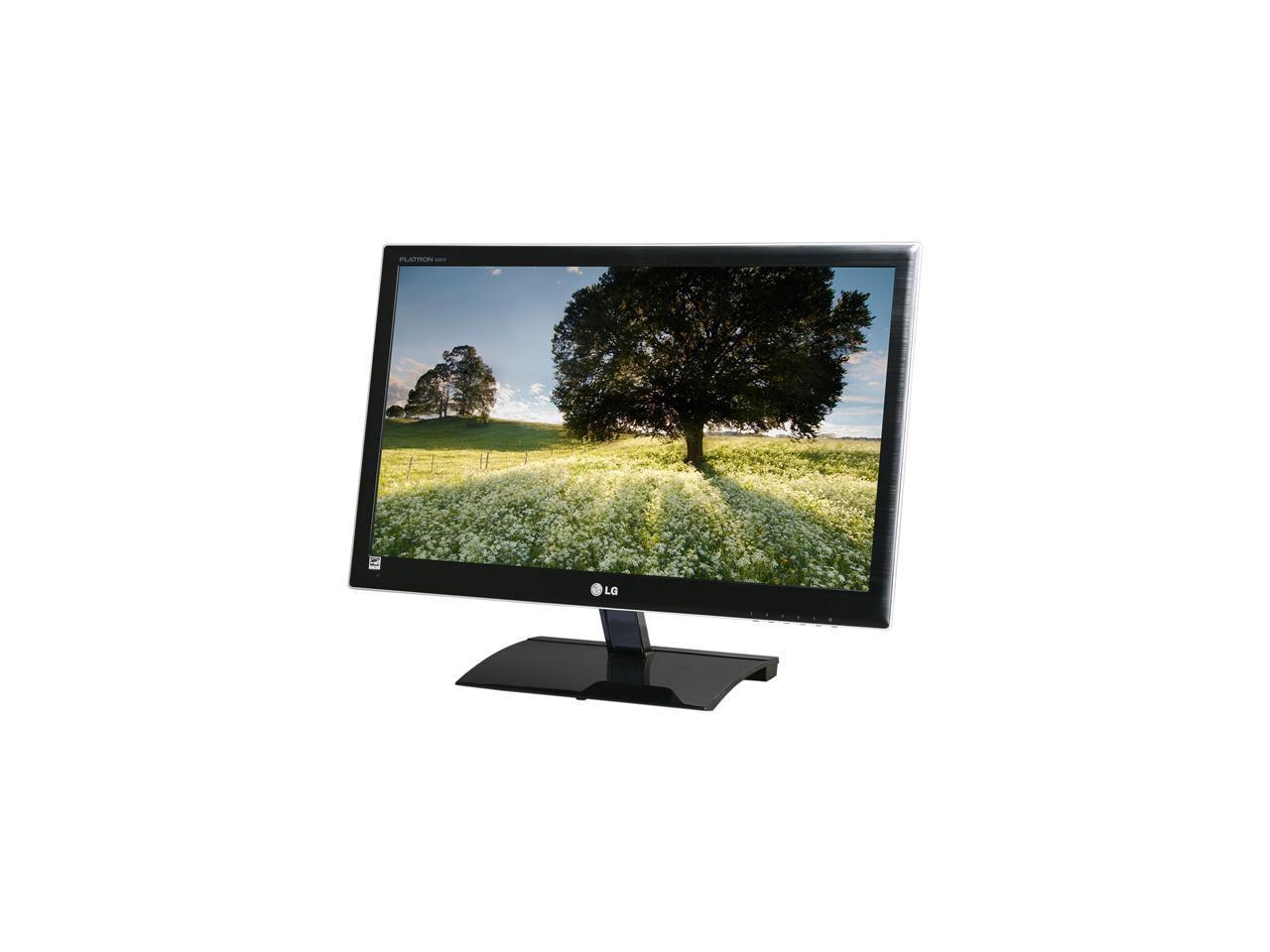 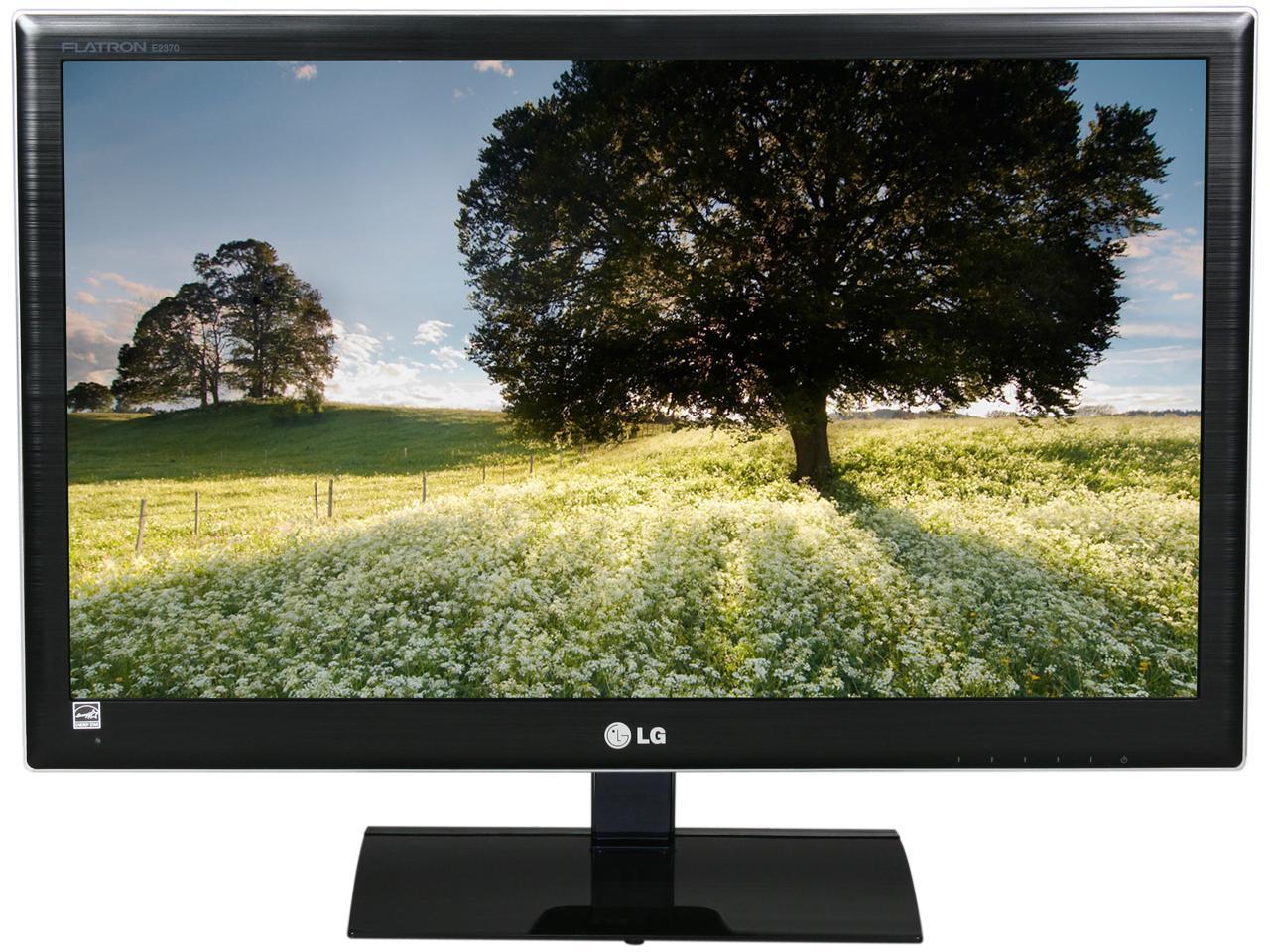 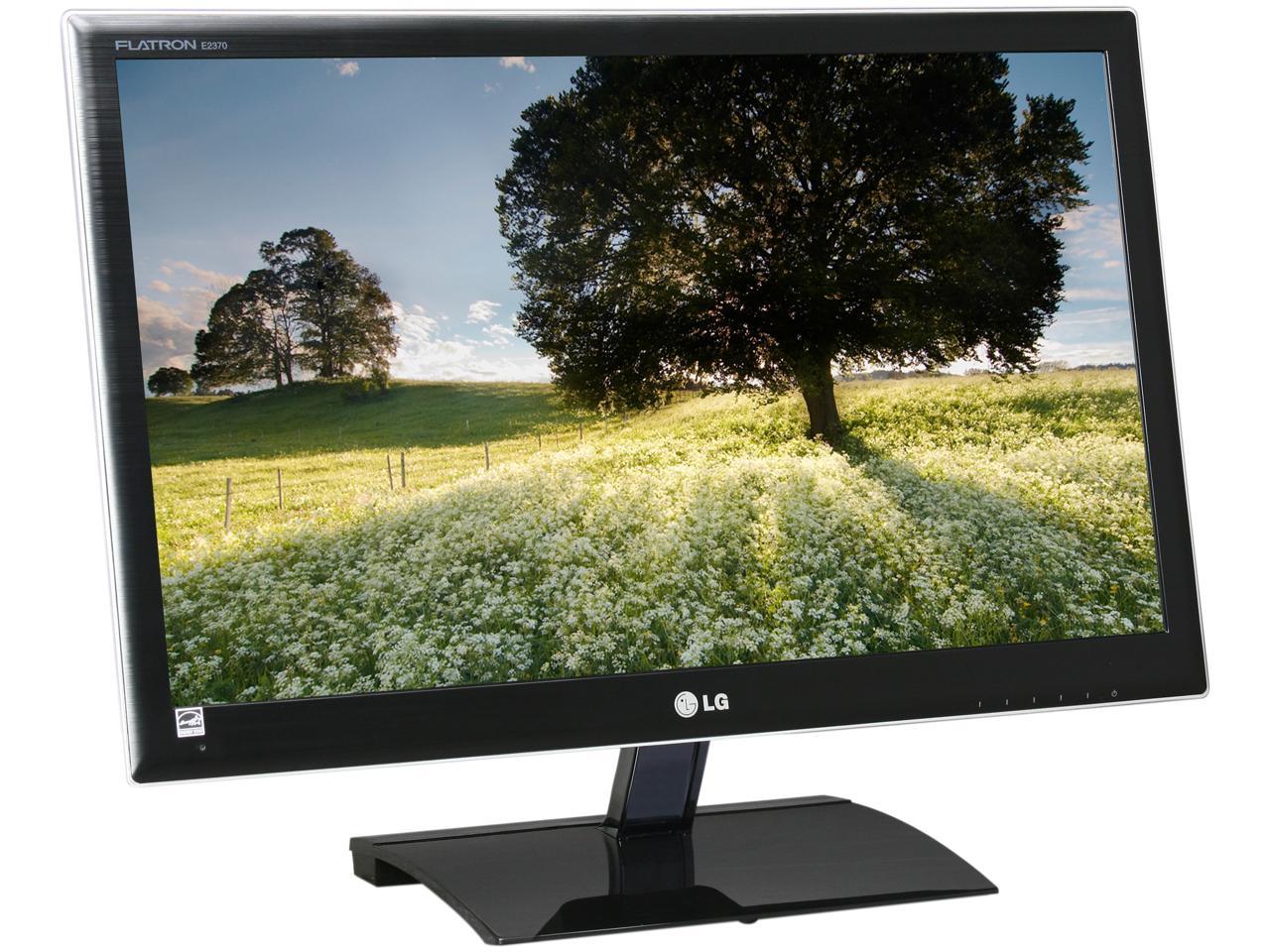 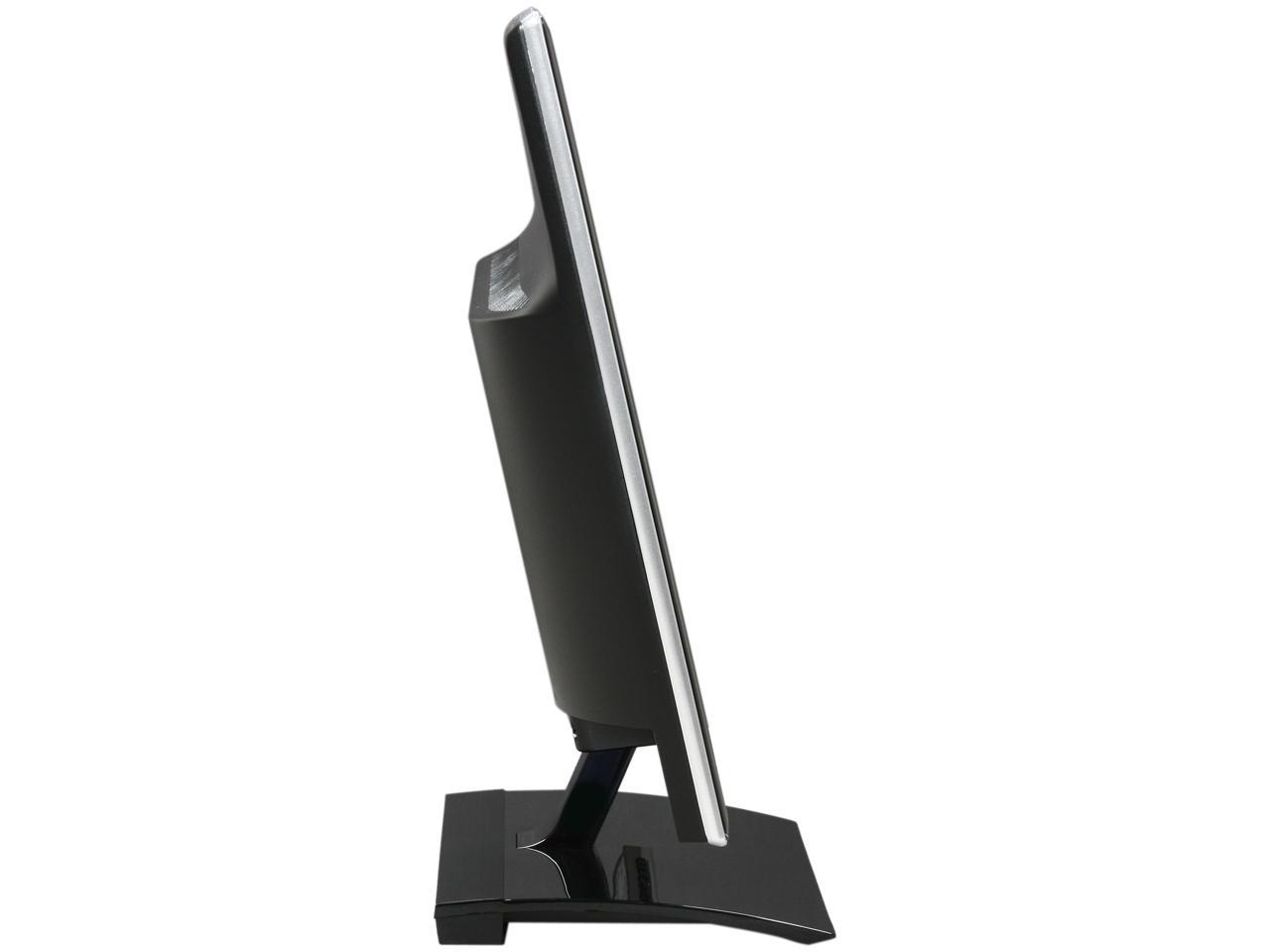 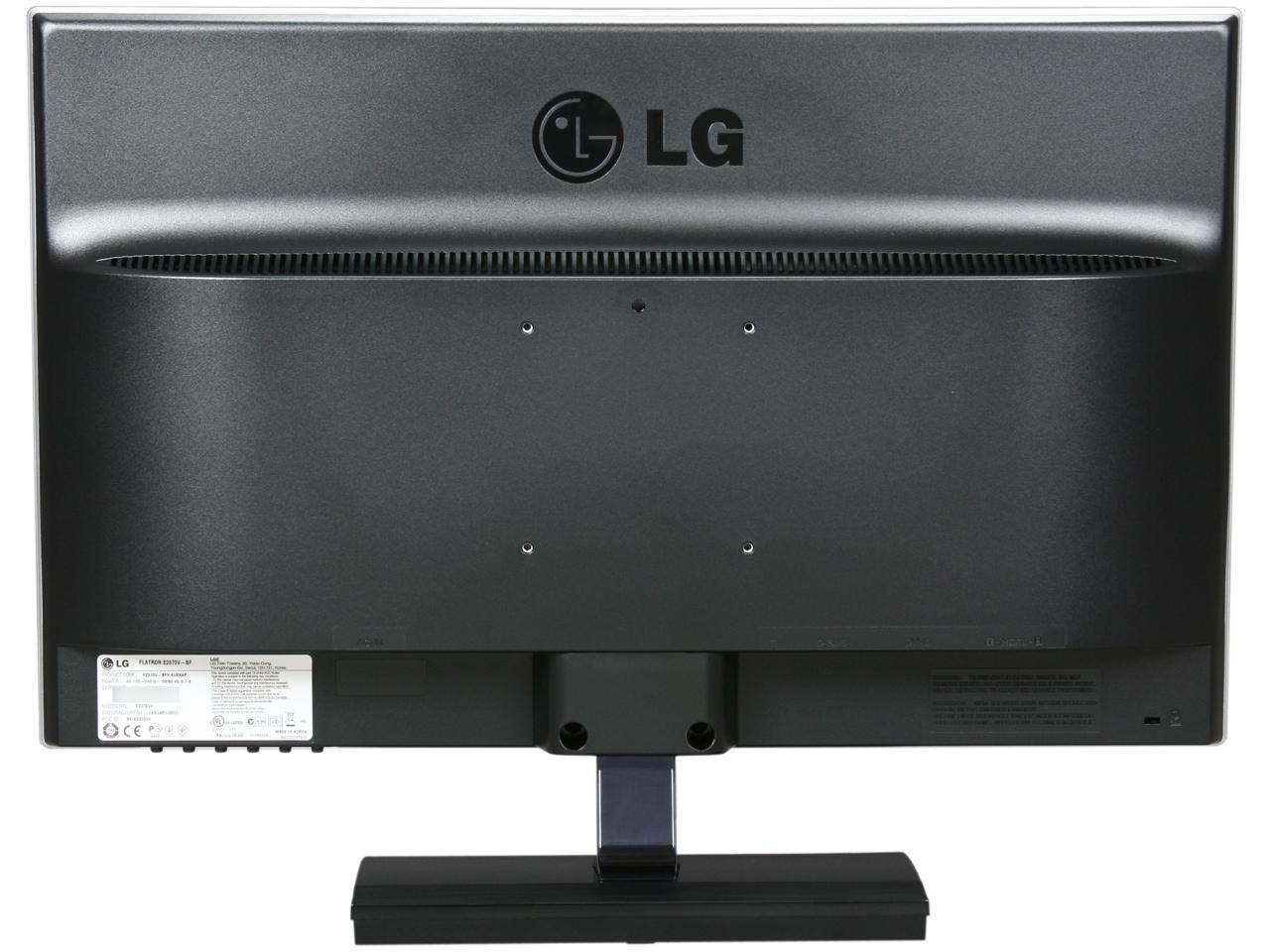 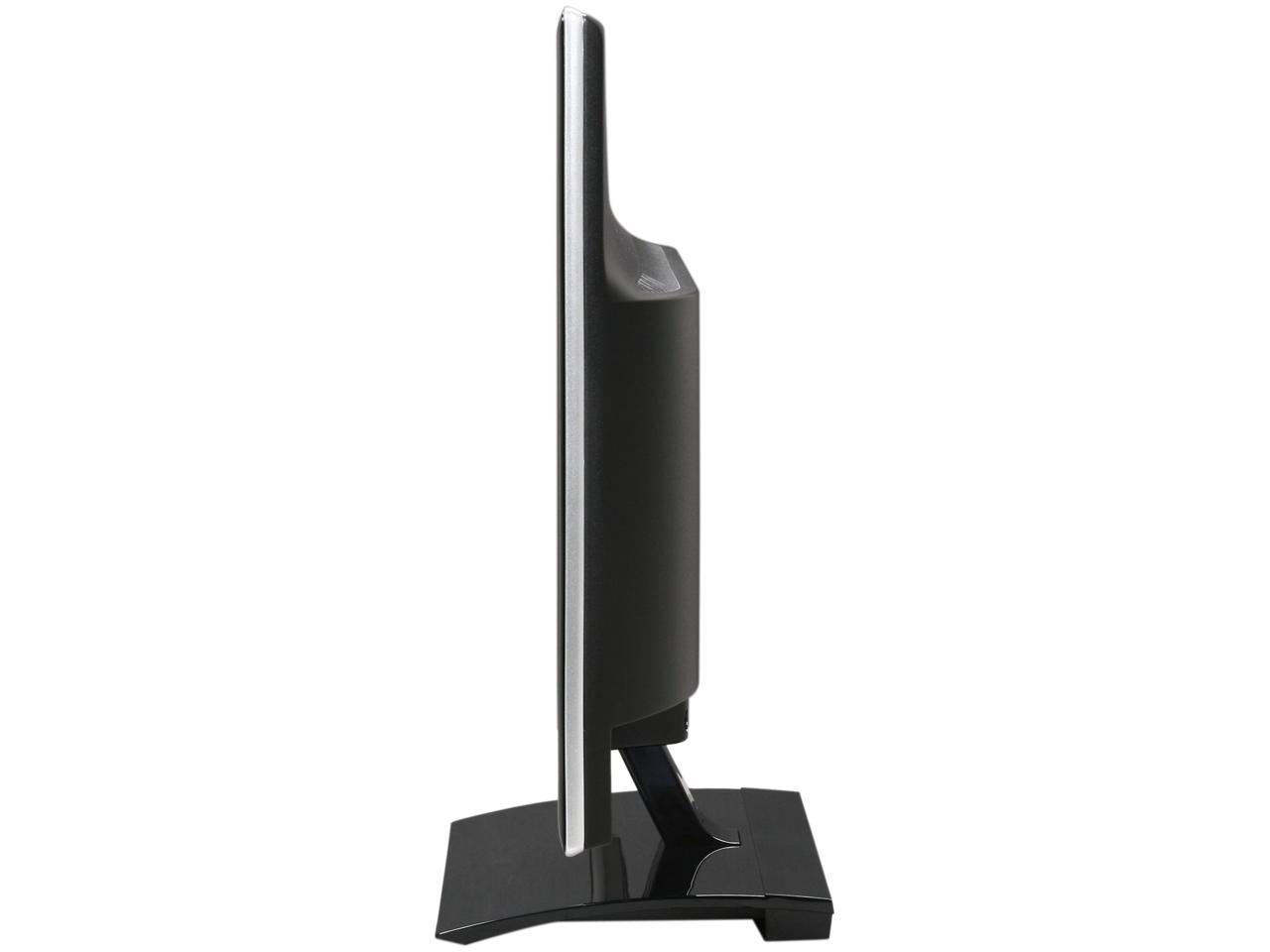 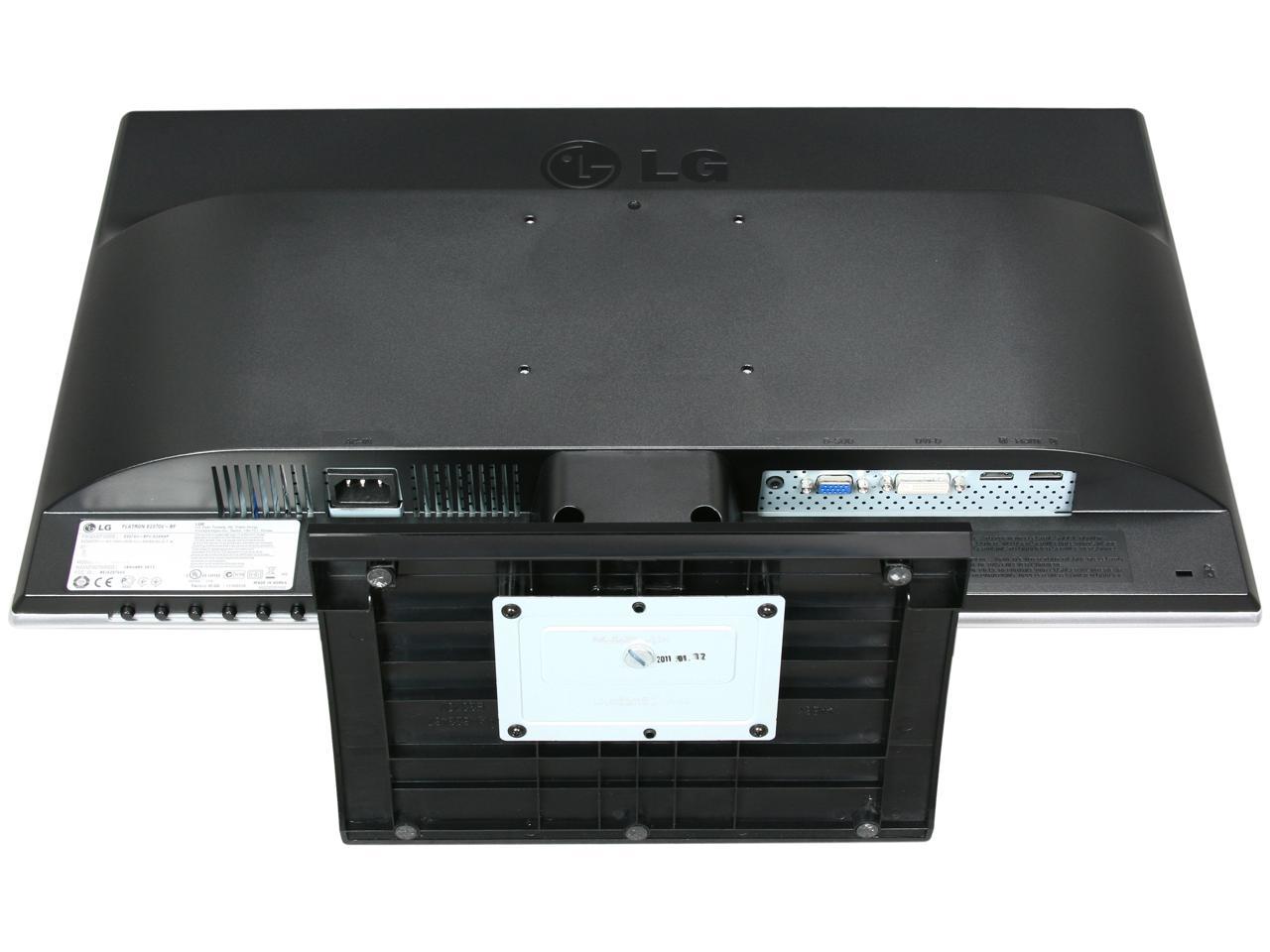 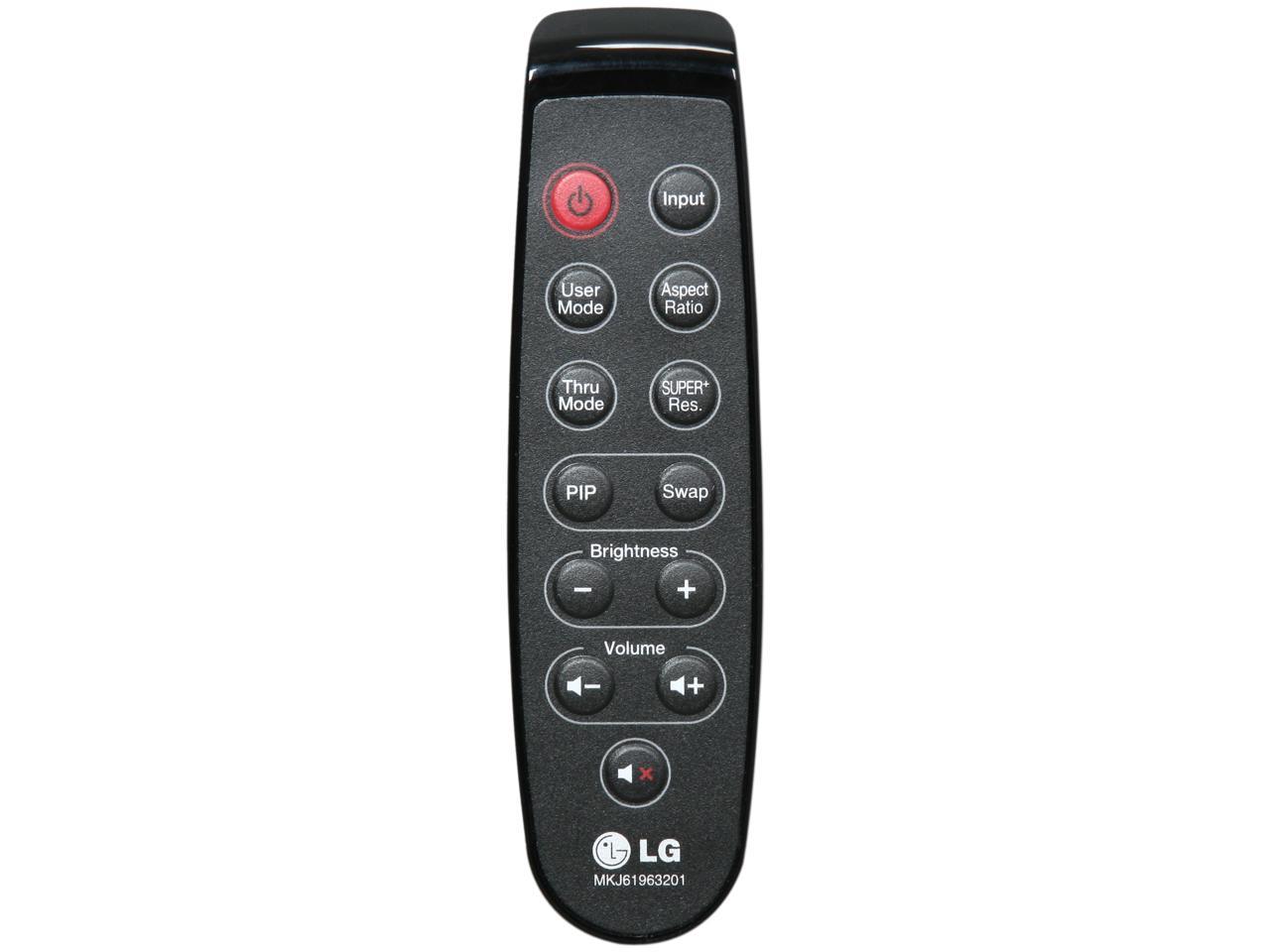 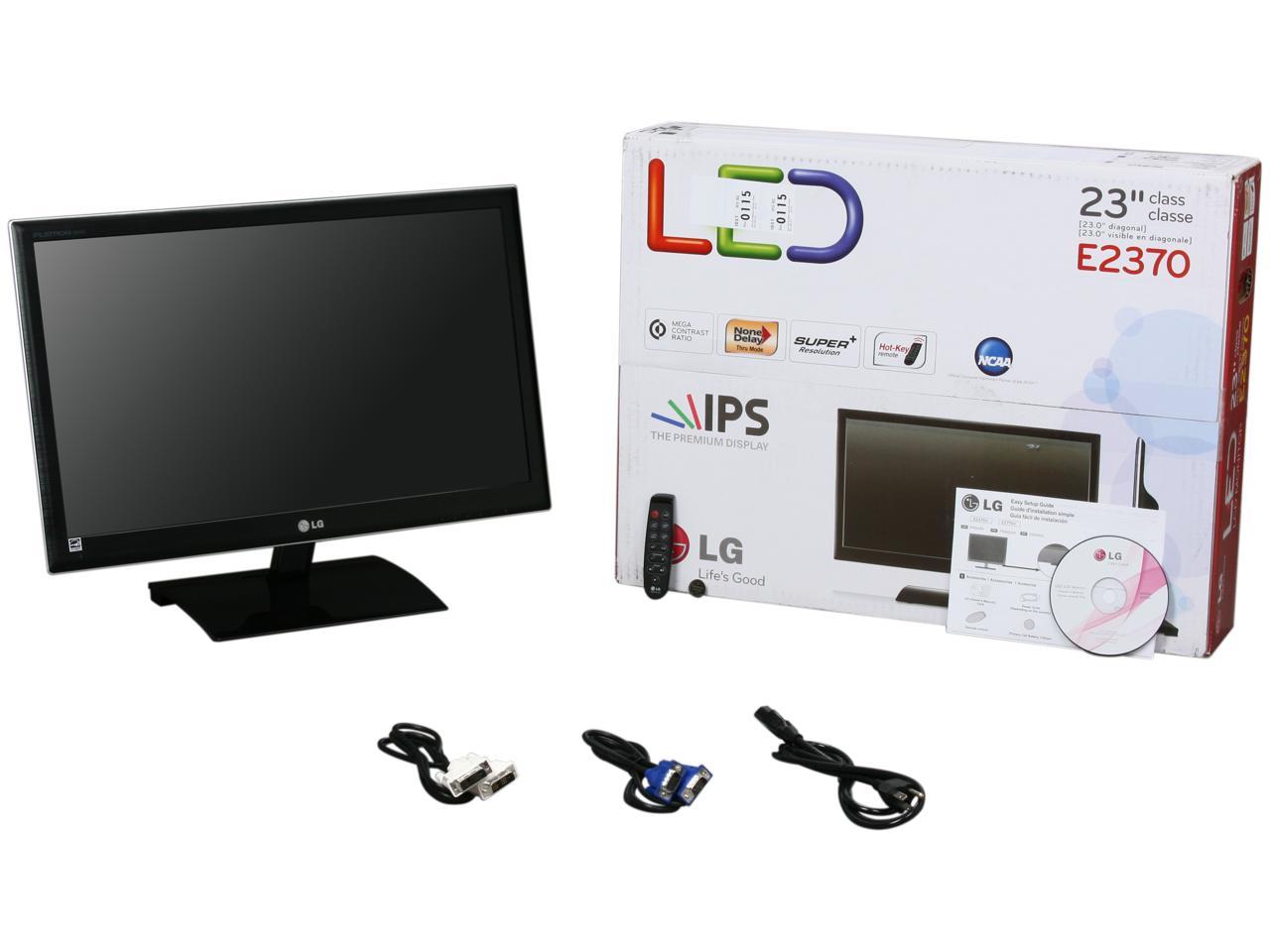 (21) Write a Review
OUT OF STOCK.
Overview
Specs
Reviews
The ultimate in LG Monitor displays is now available with the E70. Equipped IPS display technology users can view smooth and clear images from virtually any angle, see it for yourself.

Pros: -IPS/LED for sub 300. (appears to be e-IPS, technically 6bit with RFC for 8bit just like Dell's u2311H). UH-IPS as LG calls it is most likely their term for e-IPS. -No dead pixels. -Very nice white and blacks. -Option to turn off power LED when in use. -Power LED is VERY unobtrusive to begin with and kind of dim (shines through an invisible spot on the bottom right of bezel). -Wakes from sleep in about 1 second, Dell takes 3. -Dead silent, no hum from CCFL backlights/PWM hum that plagues many nice IPS monitors like the Dell. -Aspect ratio options and 1:1. -2X HDMI. -PIP (will never use it most likely beyond testing it, but has it and it works although a bit slow when swapping). -Customer service picked up quick and spoke great English compared to Dell (not sure how nice they are about advance RMA's that Dell excels at). -Looks vibrant and alive even with low brightness settings and not washed out.

Cons: -Back light doesn't bleed much, but the color shift of this black from the side gives a quick purplish haze similar to the Dell U2311H (most likely e-IPS). -Vertical color banding on all colors except blue (not sure why? and only only fading to black). -Slight burn (darkness) on the bottom left and bottom right that is only detectable on tests. -The brushed aluminum bezel is plastic. -Plastic stand (Ultra glossy and SUPER light, I mean feels like paper yet semi sturdy somehow). -Only 5/15 degree tilt without height or rotation. -Bezel thickness more than the Dell U2311H, but acceptable. -Super+ Resolution is a joke, just makes it so sharp till it's unusable. -Colors are less accurate out of the box than the Dell (don't have a color checker, just used test images from lagom website). -No Display port. -NOT 120HZ as listed on newegg and LG prelim specs. User manual states 60Hz max on 1080P and 720P. Needs to be fixed on newegg's page. Not important for my use anyway, just incor

Overall Review: This is just an early review as I received these monitors yesterday around noon and wanted to get a quick review up. I tried to be thorough about small details I have noticed along with the big ones. I previously had 2 new Dell U2311H's that have been swapped out 5+ times due to humming, uneven back lights, bleeding, banding, dead pixels, lots of refurbs and even new in box ones. This monitor by itself is better overall for my use taking it all into account. I could play a chord if I had enough dell monitors humming setting them to different brightnesses. This monitor just has a nicer look (even after reducing 100 brightness to 20-30) and gives a VERY crisp picture. I bought 2 of these and only opened one so far to compare to the Dell. I will write another review later for the second one for comparison apples to apples. Extra con: Ran out of room, but the Thru mode is UNAVAILABLE on HDMI inputs it told me when running my Xbox. I'm not a big gamer though anyway.

Cons: * terrible stand, just terrible. It's held together by one screw in the base. Doesn't rotate or swivel. * takes some configuration to get a good picture. I'm using a Pantone Huey Pro calibrator * no USB * Super+ Resolution feature doesn't seem to help, just seem to kick up the contrast ratio.

Cons: Definitely not true out of the box, preset is warm but still leans towards blue. Limited controls for color adjustments Remote does not control monitor menu, adjustments must be done on the monitor Cant get HDMI audio to work.

Overall Review: As a designer I really only care about the screen and the colors. The rest is fluff. Out of the box the presets on these were "warm" which I found interesting because after pulling out my pantones and some print projects the monitor was pretty clearly leaning towards blue. The controls for adjusting colors are frustrating, my last monitor had adjustments for Hue, Sat, Bright and Contrast. You couldn't really get much closer to HSV so I loved it. This has RGB settings and each goes from 0-100... (I'm guessing 100 is 255?) It also only allows you to choose between 2 preset gammas. After a few hours of looking at print materials and pantones and comparing them to the screen in Photoshop I eventually used a combo of the Win7 calibration tool and the monitors menu to get it really close. Closer than the Westinghouse actually. It was frustrating to get there but I am pretty happy now. I'm not even bothering with the second monitor. It's for tools. Haven't tried sound.

Pros: Beautiful IPS panel. Extremely bright. I set it back to about 55% (ships at 100%.) A deal compared to other IPS monitors, some of which supposedly use the same LG-sourced panel.

Cons: The stand on this is a big problem. The 1.5" wide plastic upright is completely inadequate for such a wide panel. It wobbles badly, even with light typing and mousing. If you bump the desk, it will continue to wobble for 2-3 seconds. I have an RMA pending, but ordered the Ergotron VESA monitor stand. If a $40 stand will make this panel usable, it will still a viable option for an IPS panel at this price point. Otherwise it's going back.

Overall Review: I bought this panel for my wife to use in her photography editing station. She loves it, other than the issues with the base.

Pros: Coming from a 19" crt viewsonic monitor, I think this is great! I searched for a long time until I got this and it only had 2 comments at the time, when I usually read 50 before I make up my mind. It is Very bright, with Very good color. Not many monitors come with 2 hdmi connections and 1 DVI, but this one has it! Power indicator is red and you have the option to turn it off, also blinks on stand by. IPS panel display! Comes with a remote, not that I'll need it since im close to the monitor controls. The menu on the monitor is easy to get used to. Had a good deal from here with free shipping!

Cons: Small area of dark/burn on bottom/left corner. Not really noticeable unless your testing it and looking for it. That's the reason for the 1 star that I took off. Not really worth the headache of sending it back though. 60Hz, not 120Hz that newegg misprinted. Thru mode is used to prevent picture delay, and it has to be off during PIP (can't be used when in PIP), also unavailable in HDMI. I haven't tried the monitor on a game yet but I will soon.

Overall Review: Wish they had this in 25", but good enough!

Cons: My unit has light bleeding on the bottom right corner as well as along the right side. This is unacceptable. I should've seen thing coming since LG has been having this problem with their other screens (iPad 2, G2x). So, just beware.

Overall Review: Luckly Newegg is awesome and is letting me return this monitor for a full refund. Even though it only qualifies for an exchange.

Pros: Great picture - colors look great. No ghosting problems when playing Starcraft 2 at highest settings, even without the thru mode it looks fine to me.

Cons: Kinda annoyed that the stand doesn't swivel left and right, but you can just buy one of those swivel pads online for a few bucks.

Overall Review: I just wanted to post a less technical review for the more casual user. I've read that the main disadvantage of using IPS panels is the lower response time which can be an issue when gaming. But like I said, Starcraft 2 looks great, as well as other games I have (fallout3, bioshock, etc.) Movies look great too, the colors really do pop more with IPS. IPS is totally worth it and this is a nice monitor that is a little less expensive than some of the other IPS panels out there.

Pros: Great price for an IPS screen. The LED backlight is much better than any previous LED screens I have used. Matte screen, no glare. Many connection options. (2 hdmi, dvi, vga) Aspect ratio controls. Remote control for certain functions.

Overall Review: This is an amazing monitor for the price. I would highly recommend it to anyone looking for a high quality display at a very reasonable price.