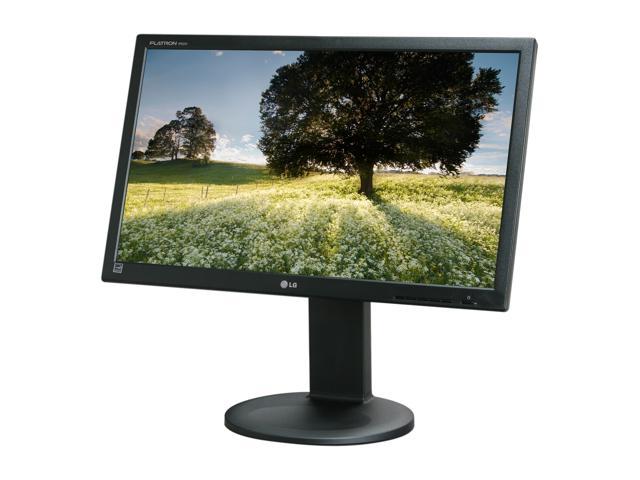 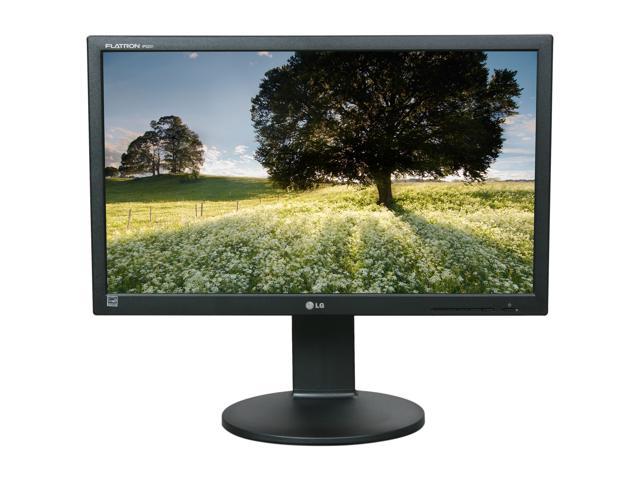 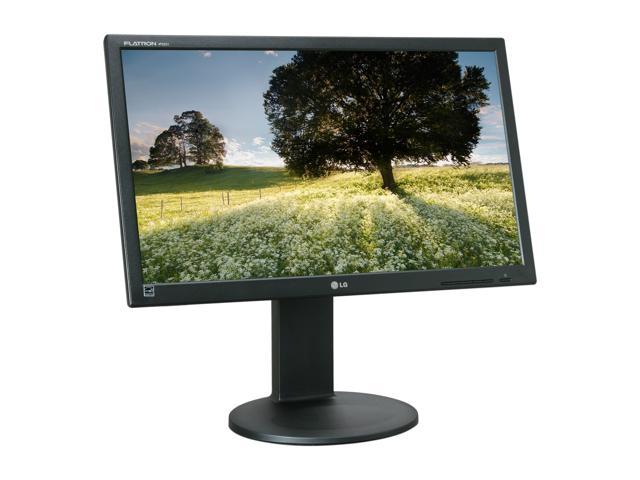 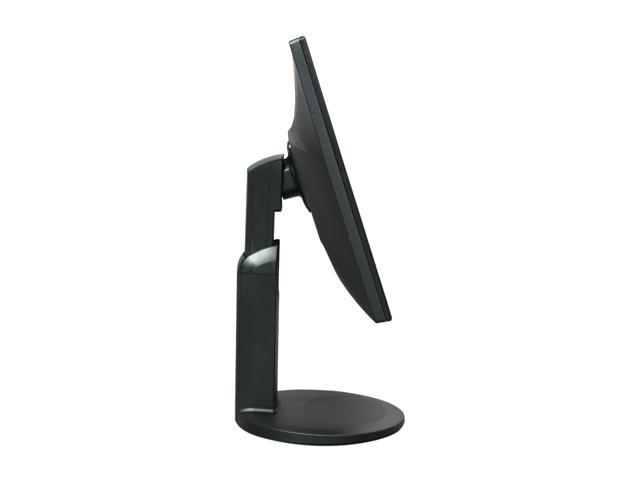 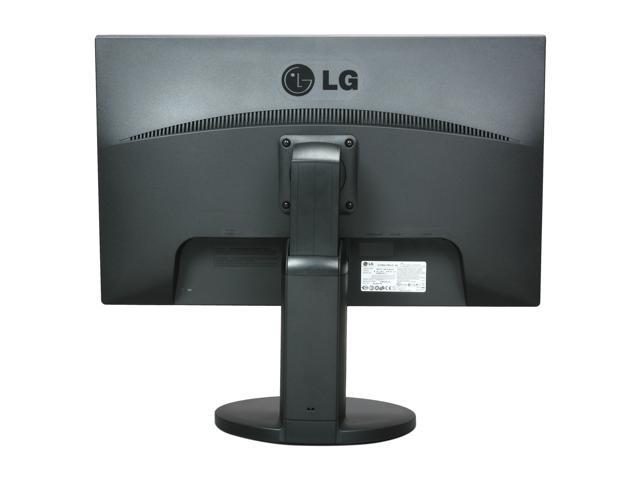 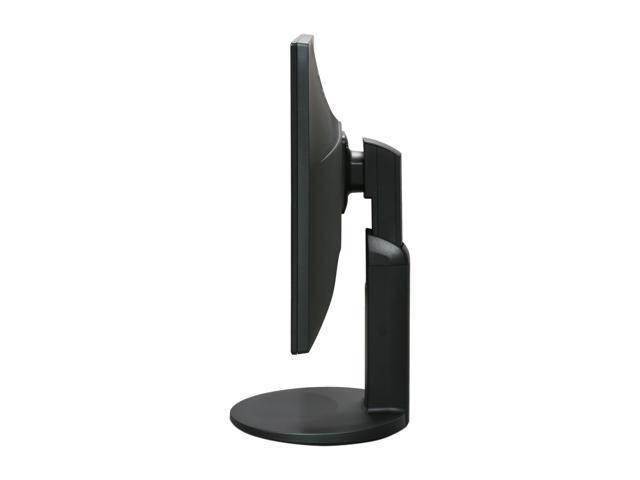 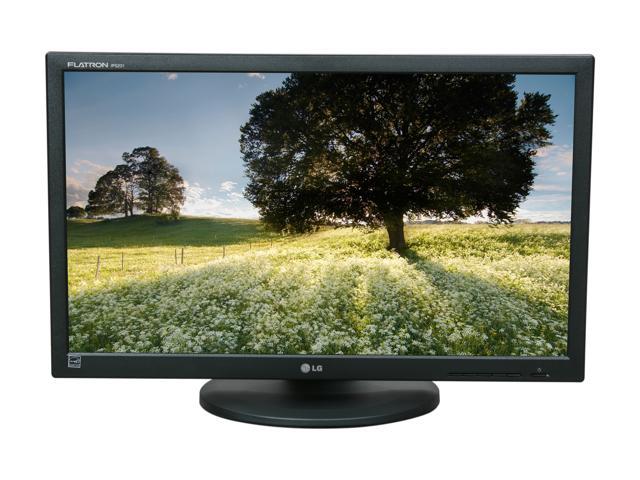 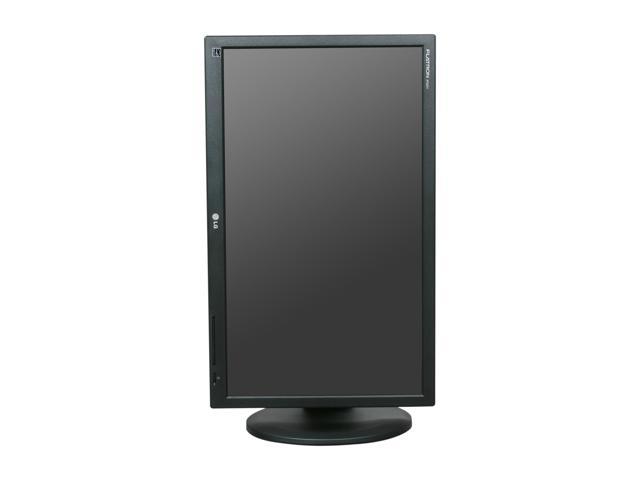 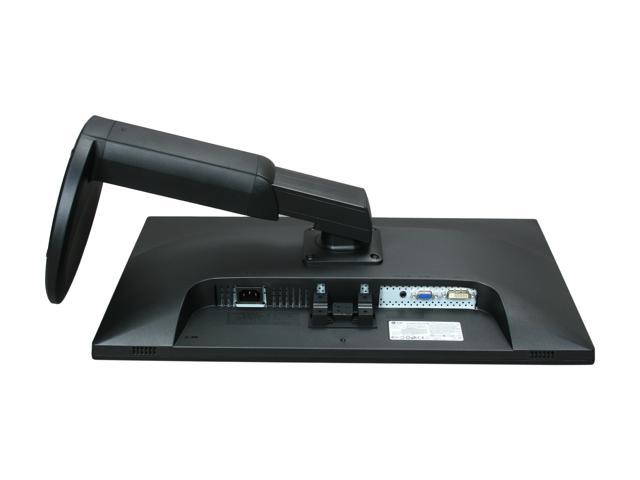 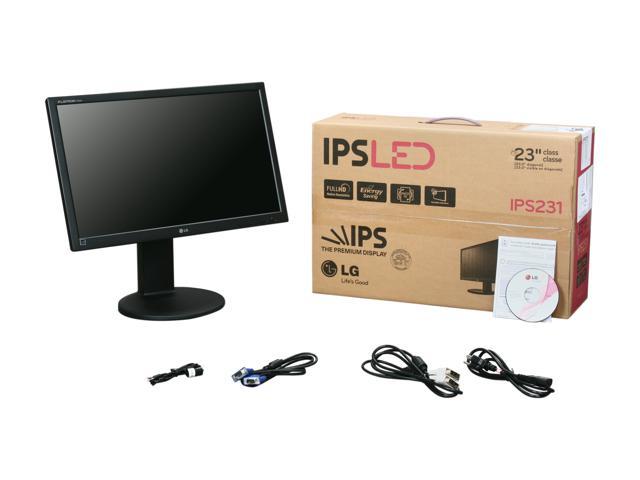 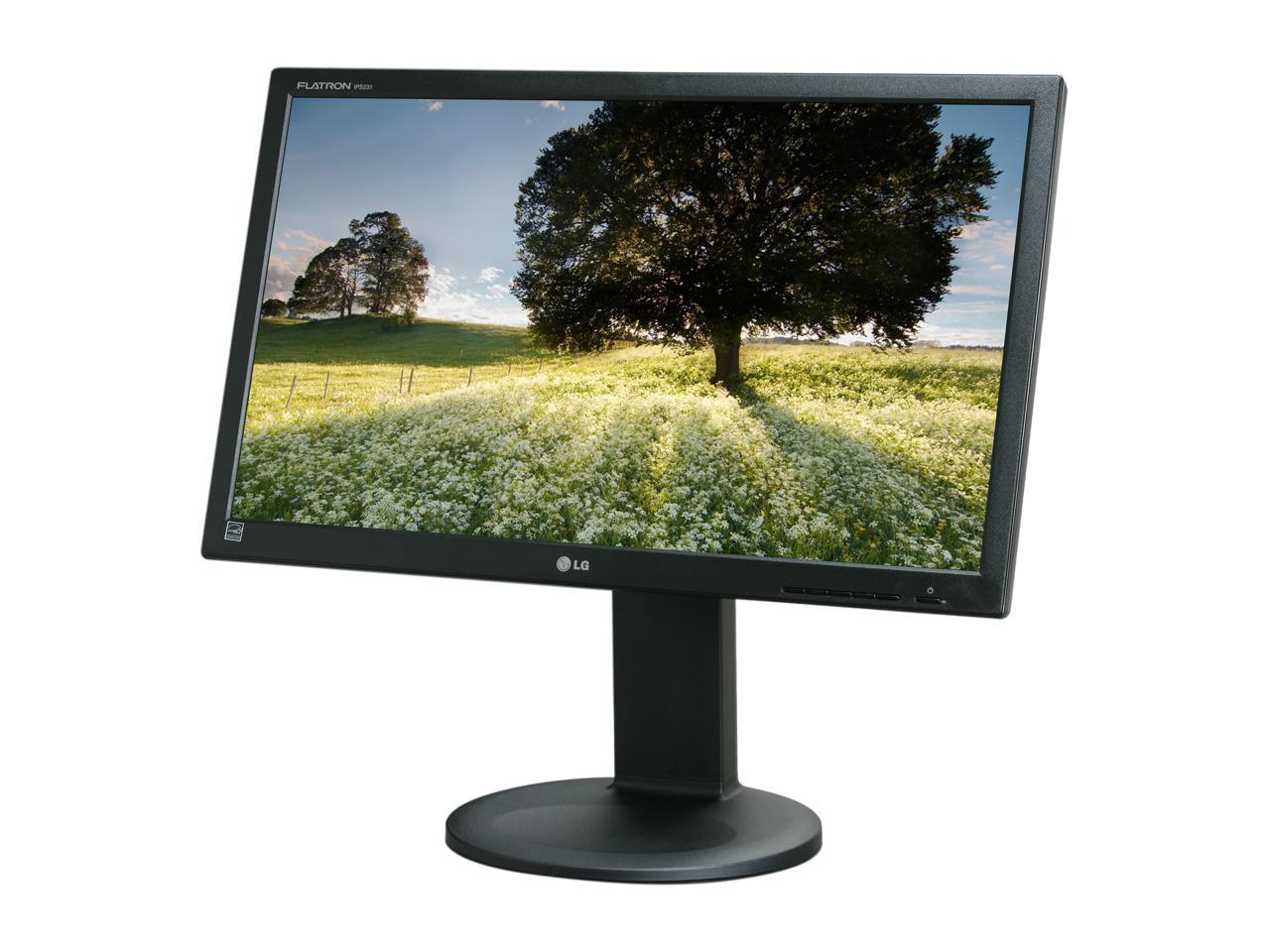 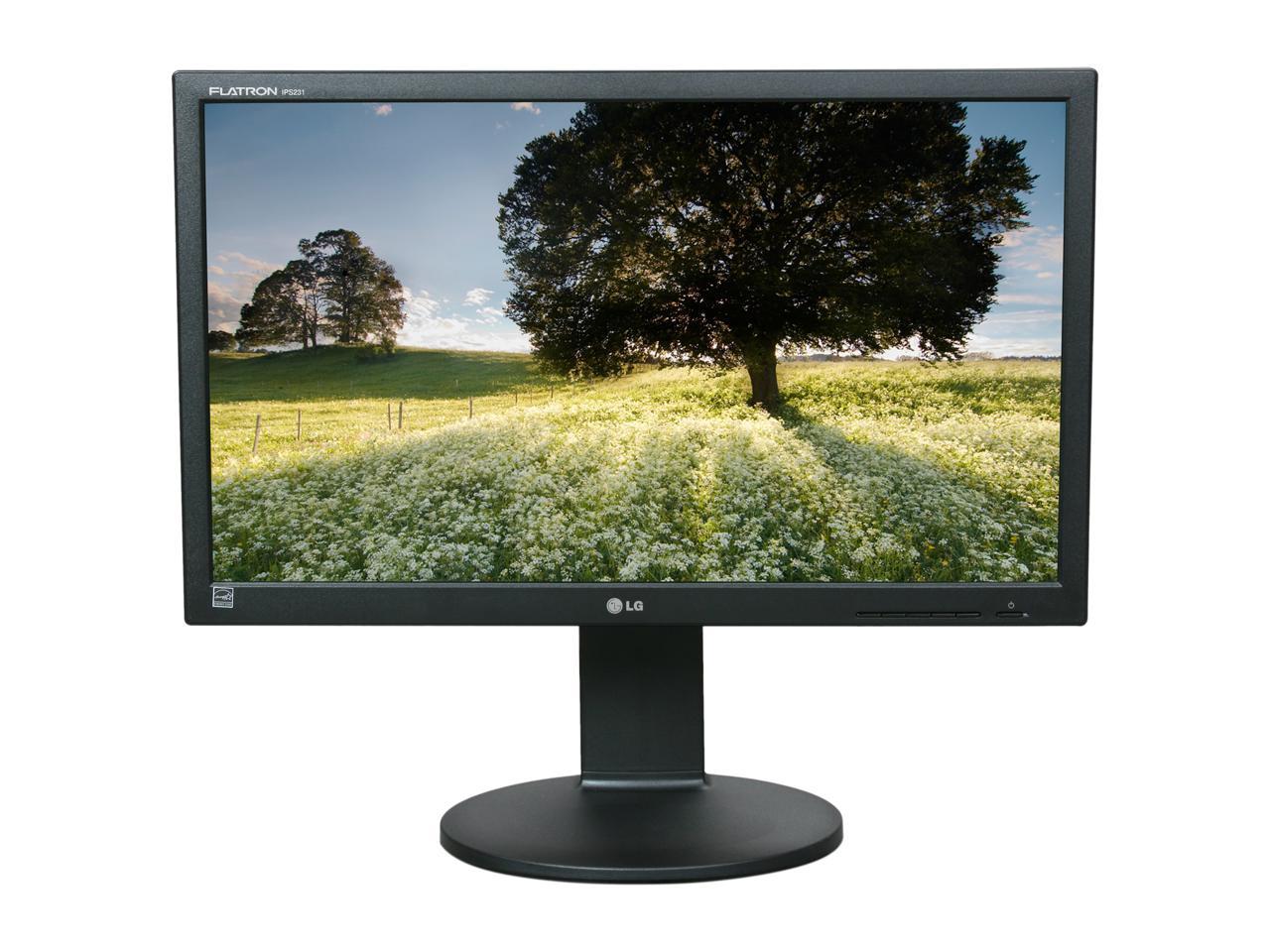 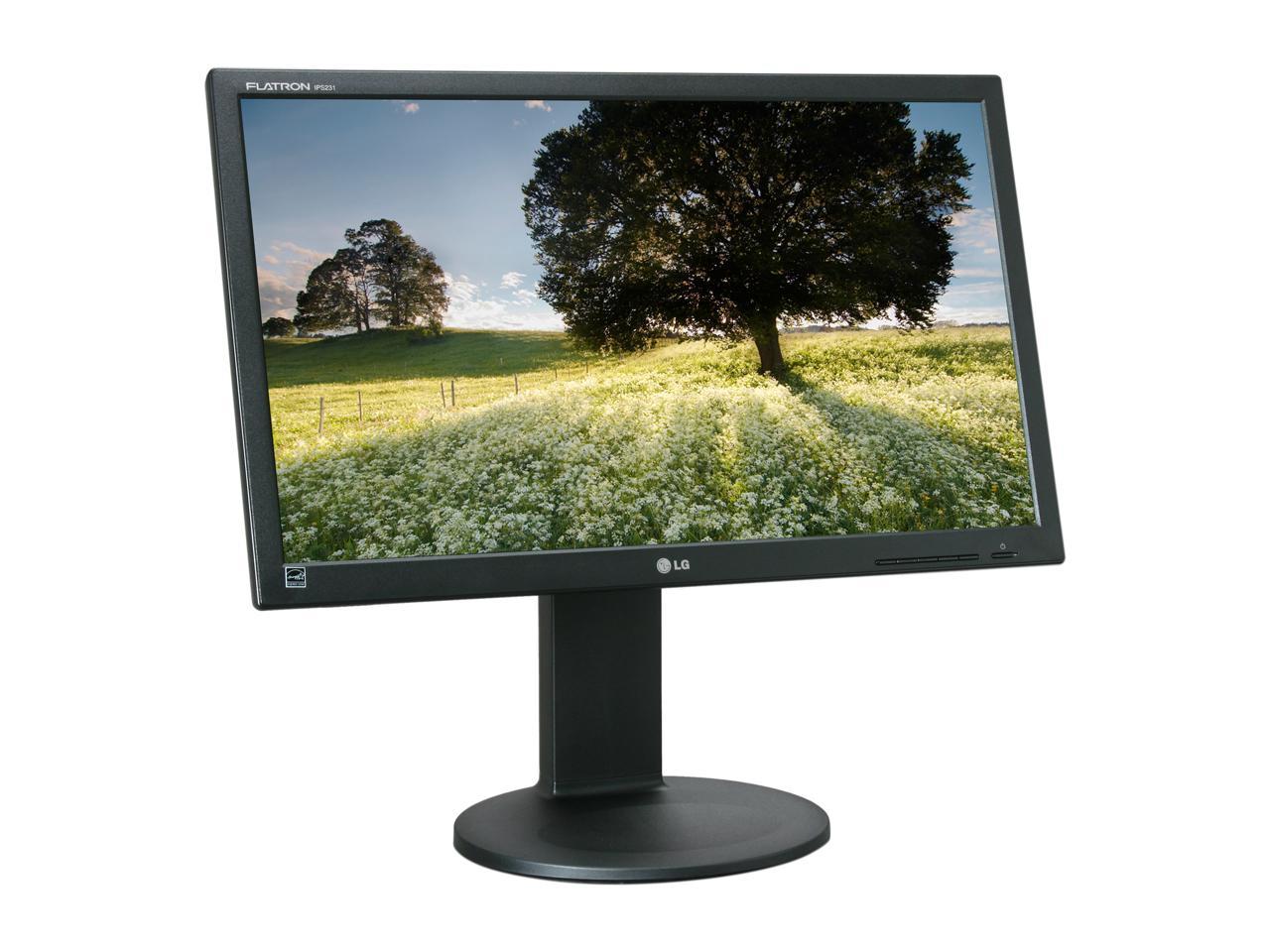 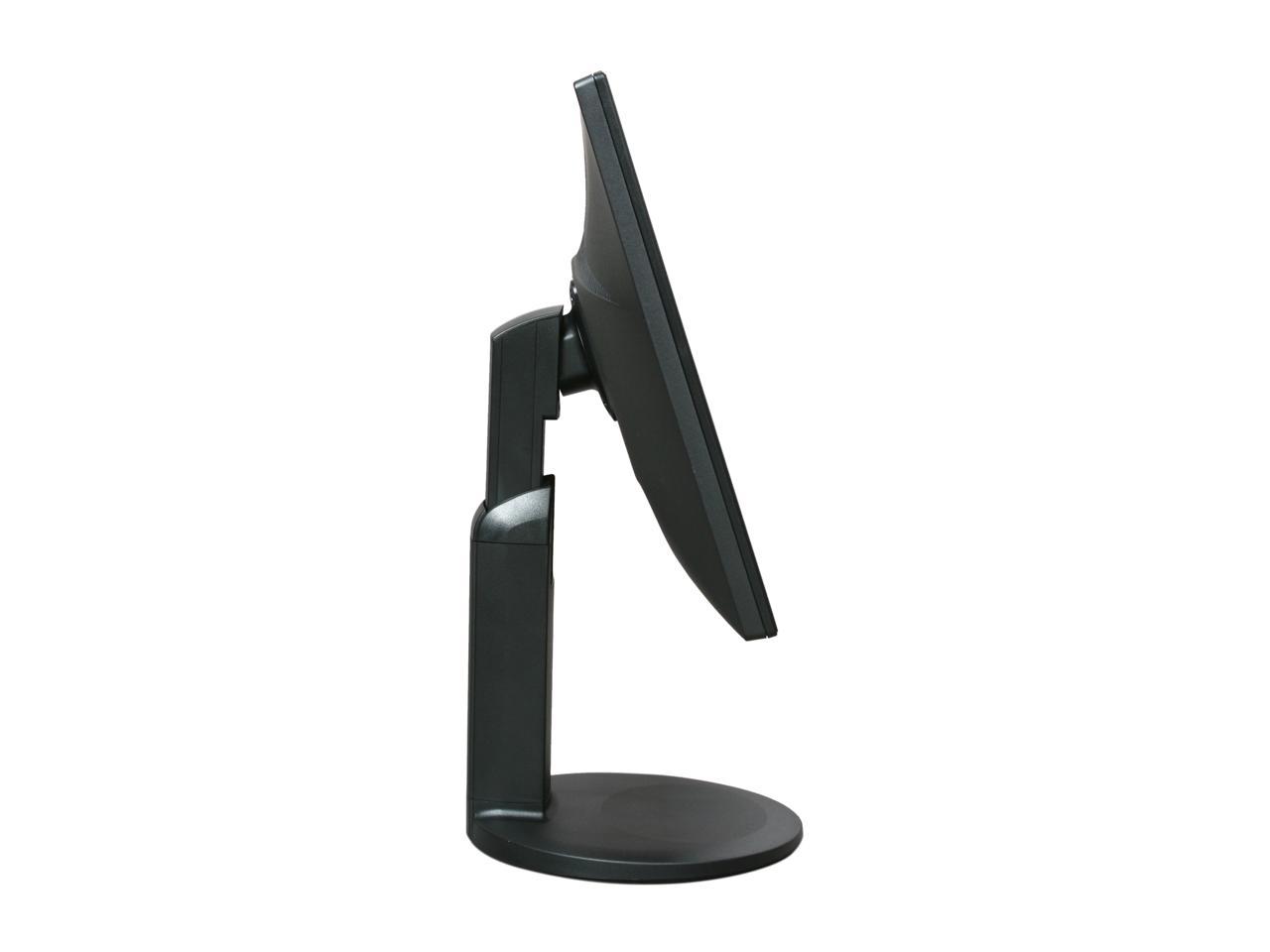 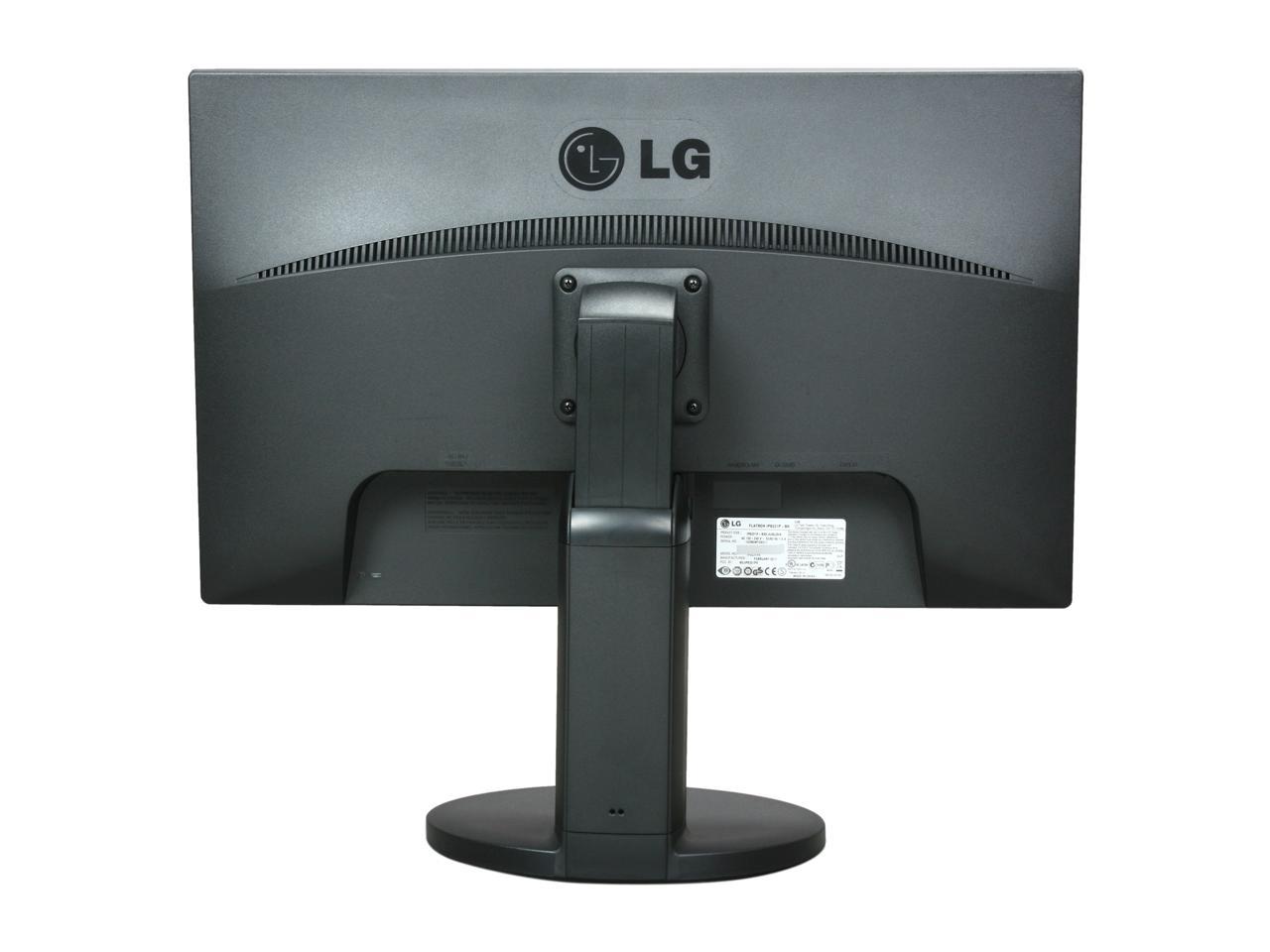 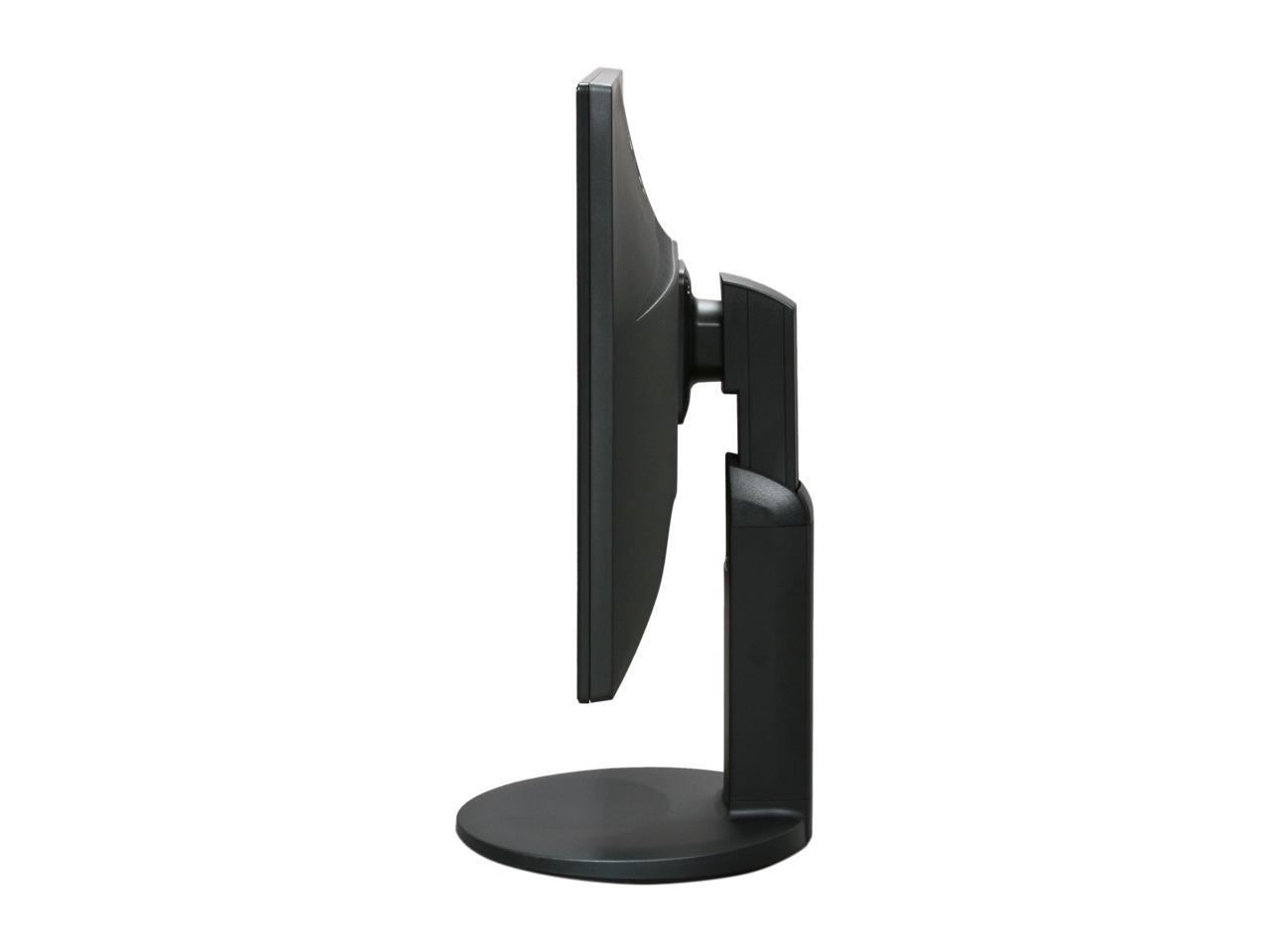 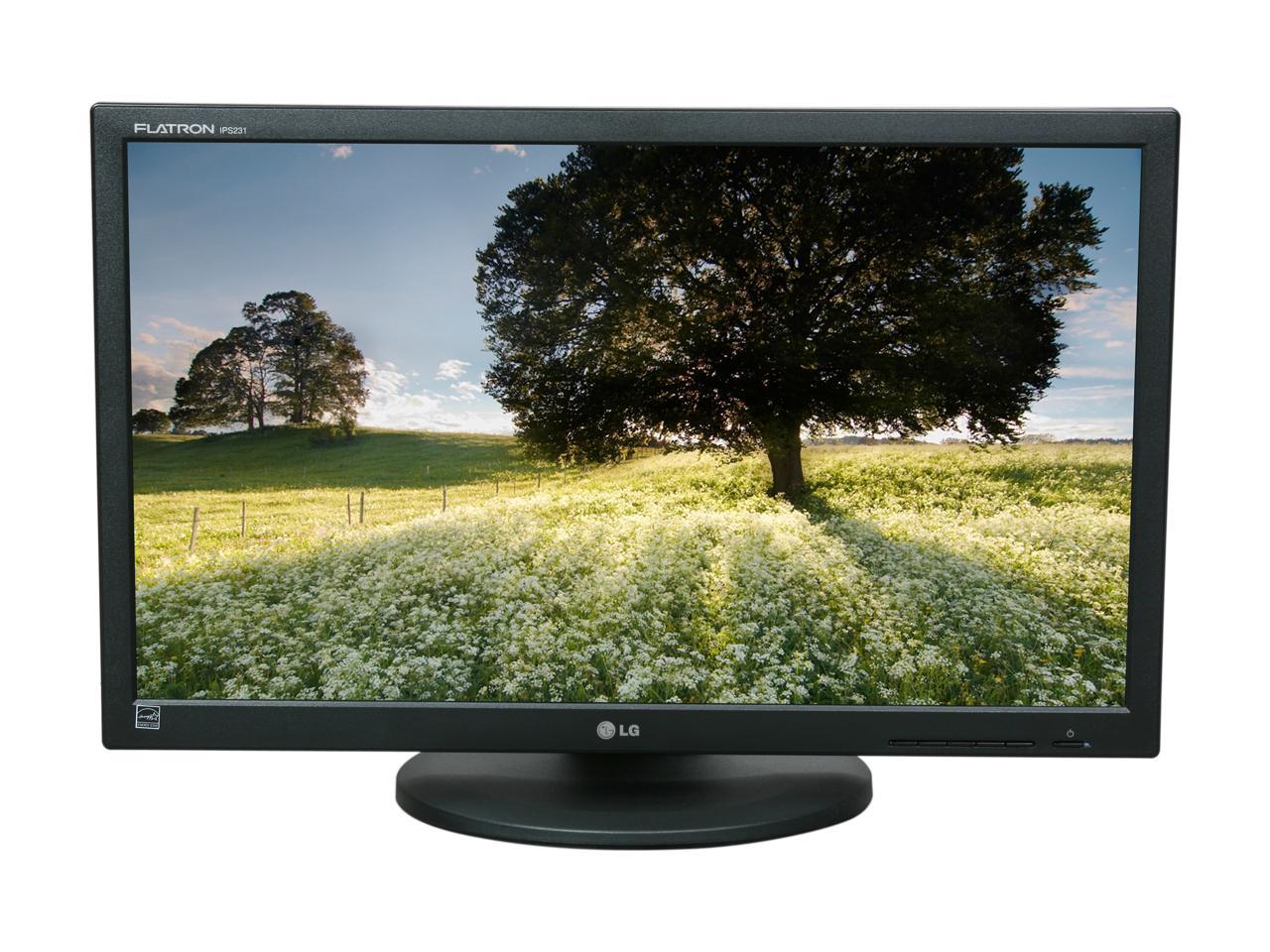 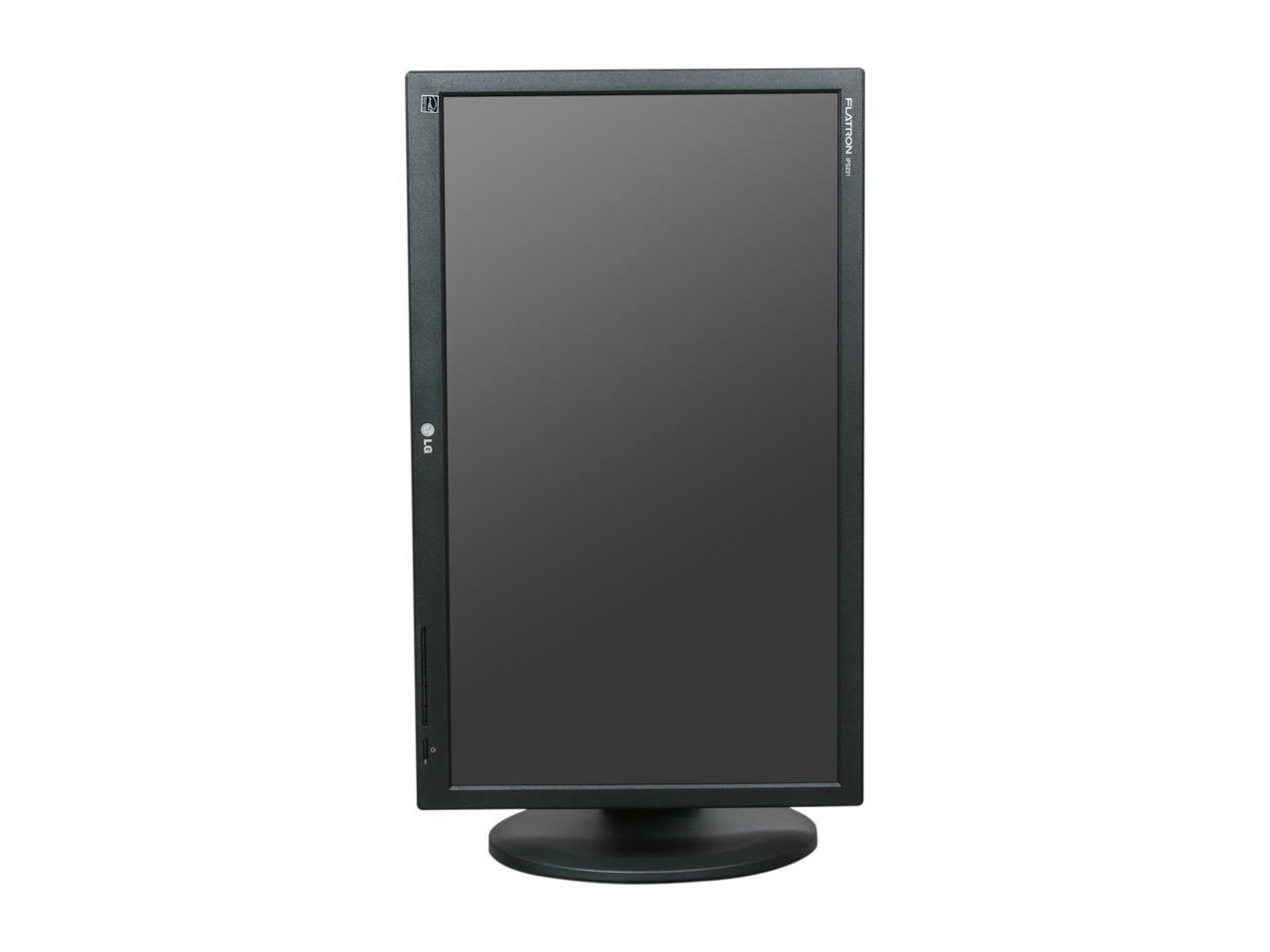 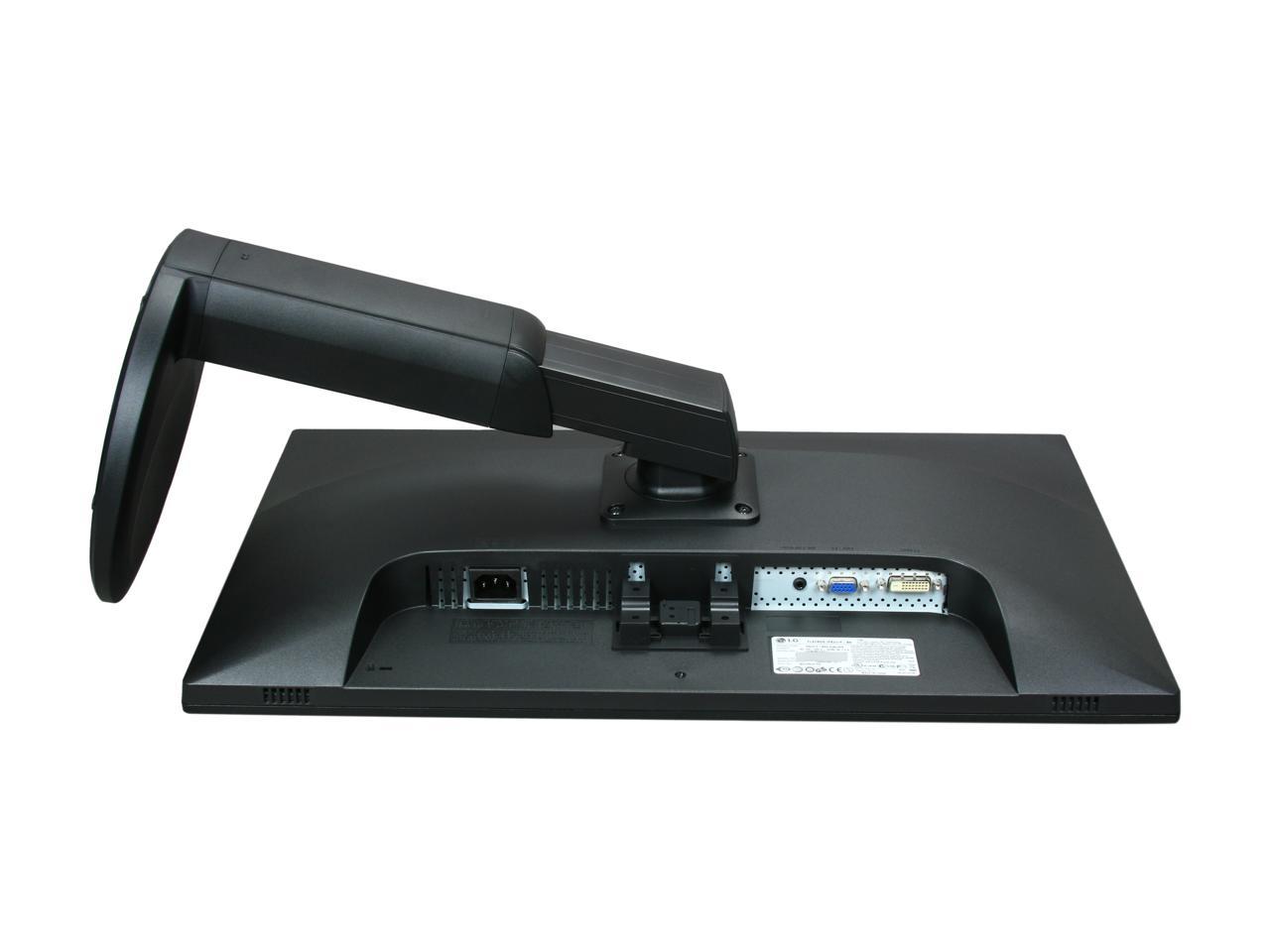 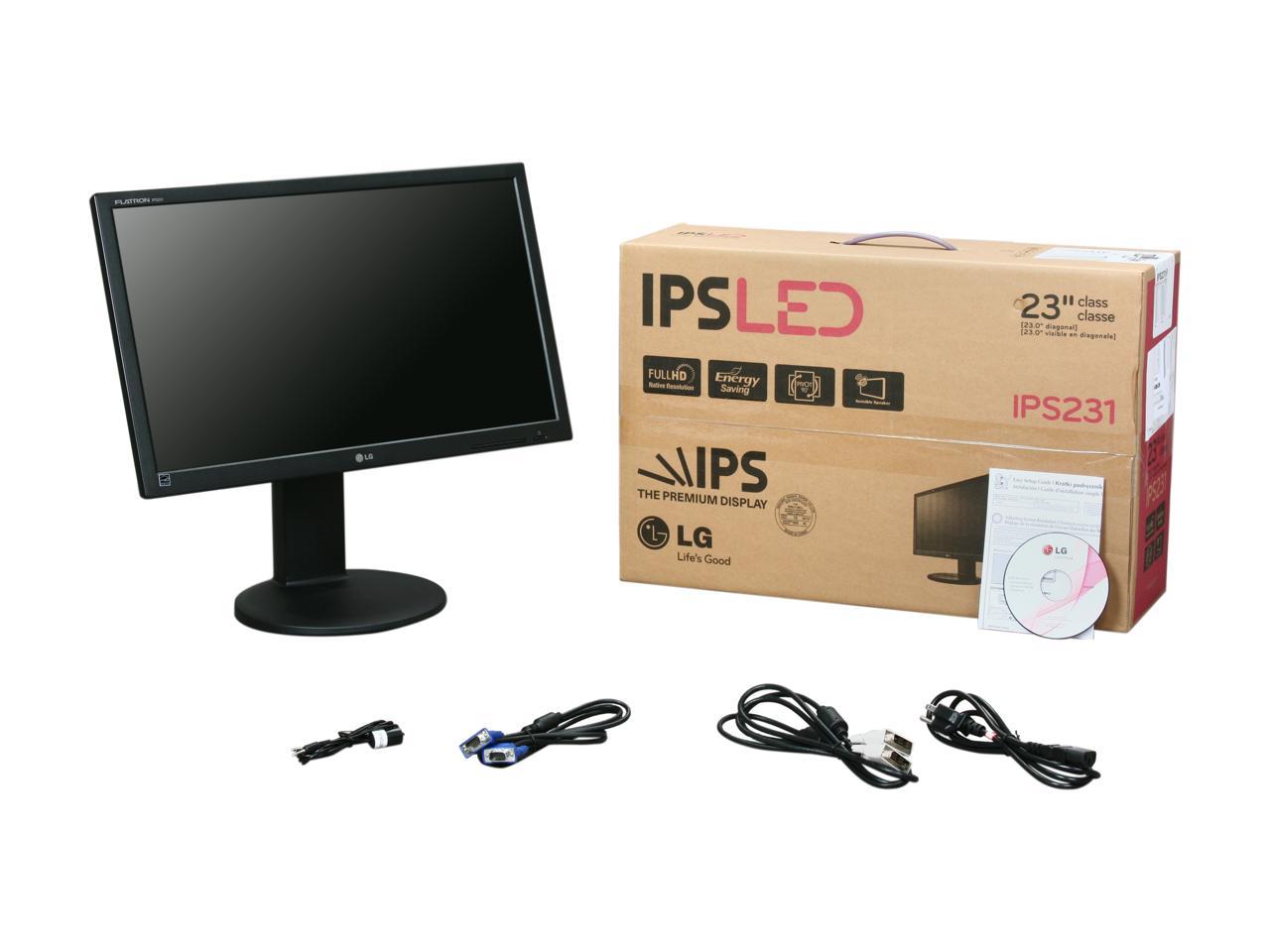 Pros: Very acurate colors, and extremely uniform screen. No backlight bleeding at all. Text is very sharp, and easy to read. No more headaches from 5-6 hours of web use without breaks. Viewing angles are great, and having an IPS monitor with pivot for this price is great.

Cons: Stand is very wobbly. It wobbles just from the movement cause by typing. Some rubber strips on the stand will help that though. Is extremely bright out of the box. Had to turn the brightness down to 0 to be usable, then set the contrast to 60 for gaming and 20 for web use. Required some calibration of colors and gama to get the great color accuracies I have now (not a big deal at all). Has a 4-5 frame delay when going from pure black to pure white.

Overall Review: This monitor has the same IPS panel used in the Dell U2311H, but with LED backlighting. "Reviews" out there have shown this monitor to have poor responce time causing ghosting. From my testing, the only time you will notice ghosting is going from a pure black to pure white image, and focusing on just that spot. To the review below, you are comparing an IPS panel to a TN panel. All TN panels have poor color accuracy, you are just too used to it. Though you can improve the out of box image by going to the "six color" setting in the menu, and adjusting the saturation some. I had to turn up the red a little, and turn down the rest a tiny bit. You can go to lagom.nl/lcd-test/ for a free calibration tool. Each monitor will be different, so you cant just copy an others results, but you can try what I did to see if it helps. I also had to chang the gamma setting to 2.0 to get as close as possible to 2.2 in lagom. I made a vid of FC2 with maxed settings on youtube. Just search "IPS231".

Overall Review: Unlike TN-film monitors, this can be calibrated. Originally I wanted to use it as a secondary monitor for my laptop; however, compared to this, the picture of my laptop is so bad that I decided to keep that closed. I'm very happy with this purchase.

Pros: Cheap IPS Pane, Beautiful Colors, Matte Panel for no glaring, No Ghosting, Huge screen perfect for gaming and working, Swivel is great for web design - see all of the page at once no matter how much content.

Cons: A lot of people state that there's no back light bleed, but unfortunately I got a nice little hemisphere in the upper left hand corner of light. I'd RMA, but I don't have anything else to use as a monitor and I have classes starting up again soon. So I'm just going to have to live with this. It seems like I cannot get this display to be perfectly horizontal either, it's got a slight tilt to the right which throws me off at first glace - I'm sure I'll get used to it as time goes on...or just start tilting my head with it.

Overall Review: I really wish my light wasn't bleeding, but seeing as it's bleeding where it is - it shouldn't harm my work since normally my workspace is in the middle - and most of the applications window will cover it before the canvas.

Pros: Nicely saturated color, excellent contrast. Have not noticed any banding when editing photos. Wide viewing angle. Thin, lightweight, and has a thin bezel (no wasted space). Height adjustable stand. VESA mounting points - I took the stand off and mounted it to an Ergotron extendable arm in about 2 minutes.

Cons: Stand is lightweight, and a bit wobbly, so I opted to replace it with a metal extendable arm. The monitor itself is so light that I'm afraid I might physically break it as I move it around on the extendable arm. But so far, no problems.

Overall Review: Replaced a 22" Acer (the cheapest model they make) - by comparison, the LG display is absolutely gorgeous.

Cons: * Movement, but I initially wanted to set this up as a Tri-Monitor Setup on a Mutli-Screen Stand. But, no eggs needed to be removed for that.

Overall Review: Will be buying another 2 of these for gaming and more design work.

Pros: Great balance of price and features. Colors are excellent, contrast is on par with IPS panels in general and viewing angles are excellent.

Cons: Slight uneveness in back lighting which is only noticable when the display is black. After removing the swivel disk from the base, the stand is solid on my desk. A monitor this light doesn't need a swivel base.

Overall Review: This is one of the best monitors in it's price range. Unlike TN panels, the colors and brightness are uniform across the screen when viewed from any distance and color saturation is stable when brightness is adjusted up and down. One downside with IPS panels is slower response time. When scrolling text on a white background, no trailing is visible, but black text has a slight purplish tint which indicates the pixel turn-off time is slower than turn-on. No artifacts are visible when viewing videos. Gamers will probably want a monitor with faster response time. Backlighting uneveness is only noticable when the entire screen is black and only on the lower left corner. This is a limitation of LED edge lit monitors, so I can't really fault LG for this. Typical for monitors in this price range, it uses 6 bit color. Unless your're a graphics professional, the difference between 6 and 8-bit won't be that noticable and you'll spend half as much.

Pros: Great viewing angle left to right, OK viewing angle up and down, color is good, display can get as bright as you want (almost too bright)

Cons: Stand is a wobbly, you can see dithering on gradients if you look for it

Overall Review: If you're the type of person who stares at very fine gradients all day skip this monitor. Otherwise I think these monitors are a great deal. Other non-IPS monitors look terrible in comparison.

Pros: Color reproduction is pretty good. It was a little red out of the box to me, so I reduced the RGB on red to about 48. Default is 50, so its very slight. Bright enough for the room its currently in, I turned it down to about 70 brightness. You don't get as much eye fatigue while using this monitor compared to some others ive used, which is very important to me, as a web designer im sometimes on the computer for 5-6 hours at a time. I dig the fact that this screen can be rotated horizontally, its one of the reasons I bought it, and the anti glare screen. No dead pixels on arrival, no backlight bleed. Im glad it has regular buttons rather than touch screen buttons on the monitor. The price for what you get is great

Cons: The base isn't the most sturdy thing ever, but its not too bad. It does wobble just a little bit, and is not bothersome to me unless an earthquake is going on or something... really its not bad. The reason it wobbles is the swivel base at the bottom and the fact that the base is not heavy enough to support this function. You can get rid of the wobble by removing the swivel part from the bottom, that is of course if you dont need the base to swivel (I dont need it to, so I removed it). The power cable is a little short, but its just a standard power cable so if its a problem go buy another for like 5 bucks... or you probably have one sitting around... Its long enough for me. I would have liked more pixels, possibly 1200p instead of 1080p for a 23" monitor. the 1080p isnt quite as high as I would like for a 23" monitor. My fault though, live and learn.

Overall Review: Just got the monitor, so I cant say much about how long it will last. Ive never had a monitor or tv screen ever go bad on me, and I treat my equipment well, so I have no reason to believe this screen will be any different. Its quite reasonably priced and I enjoy using it, but its not perfect. Nonetheless I will probably be getting another one in the near future to do a dual screen set up.