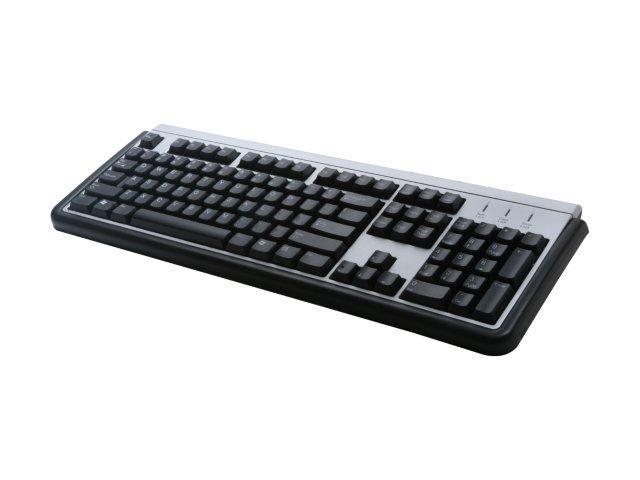 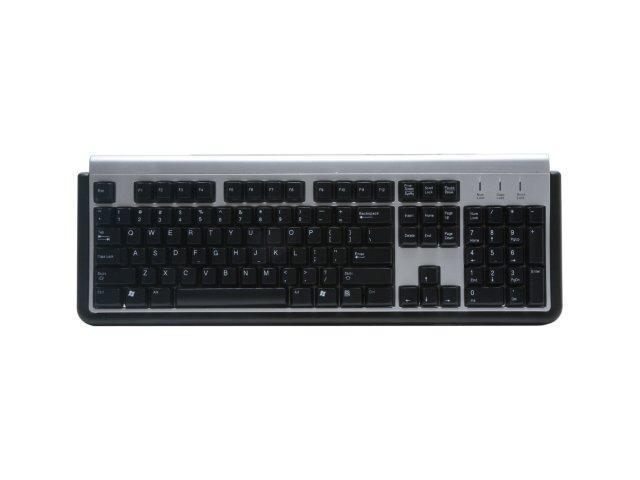 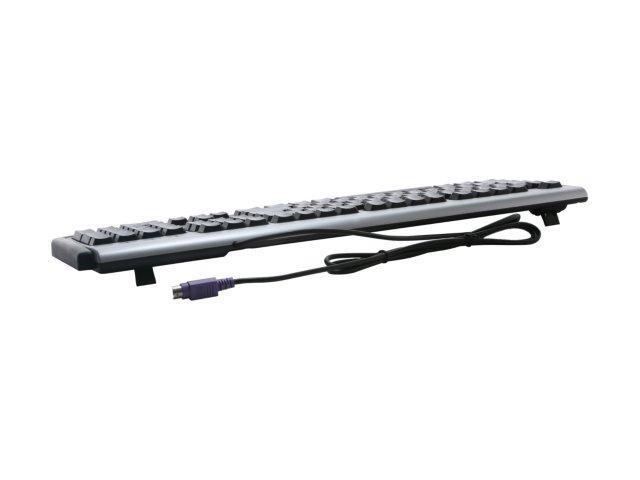 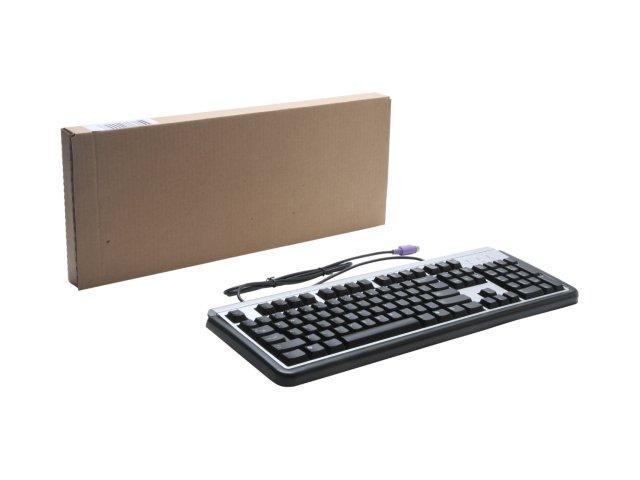 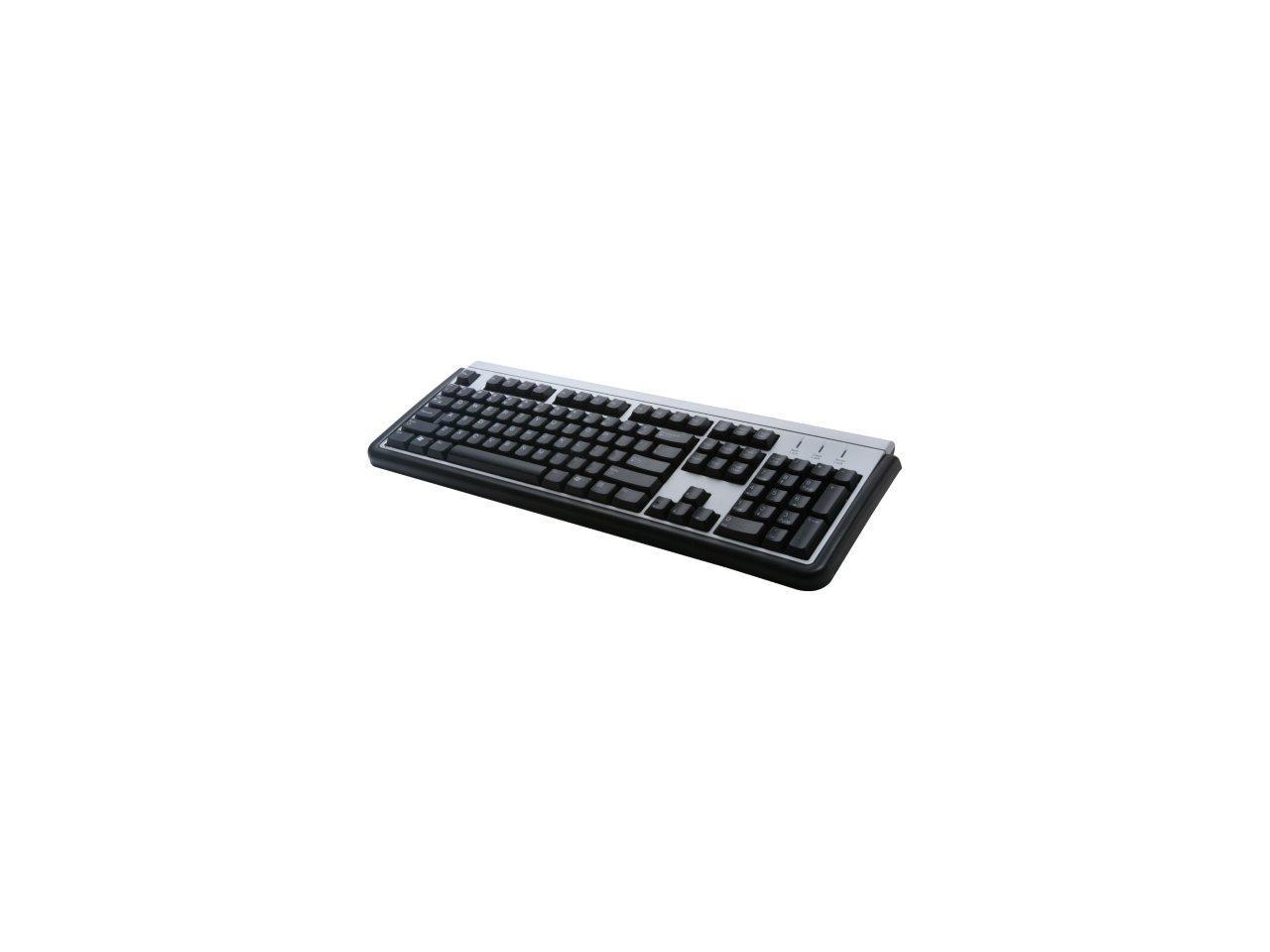 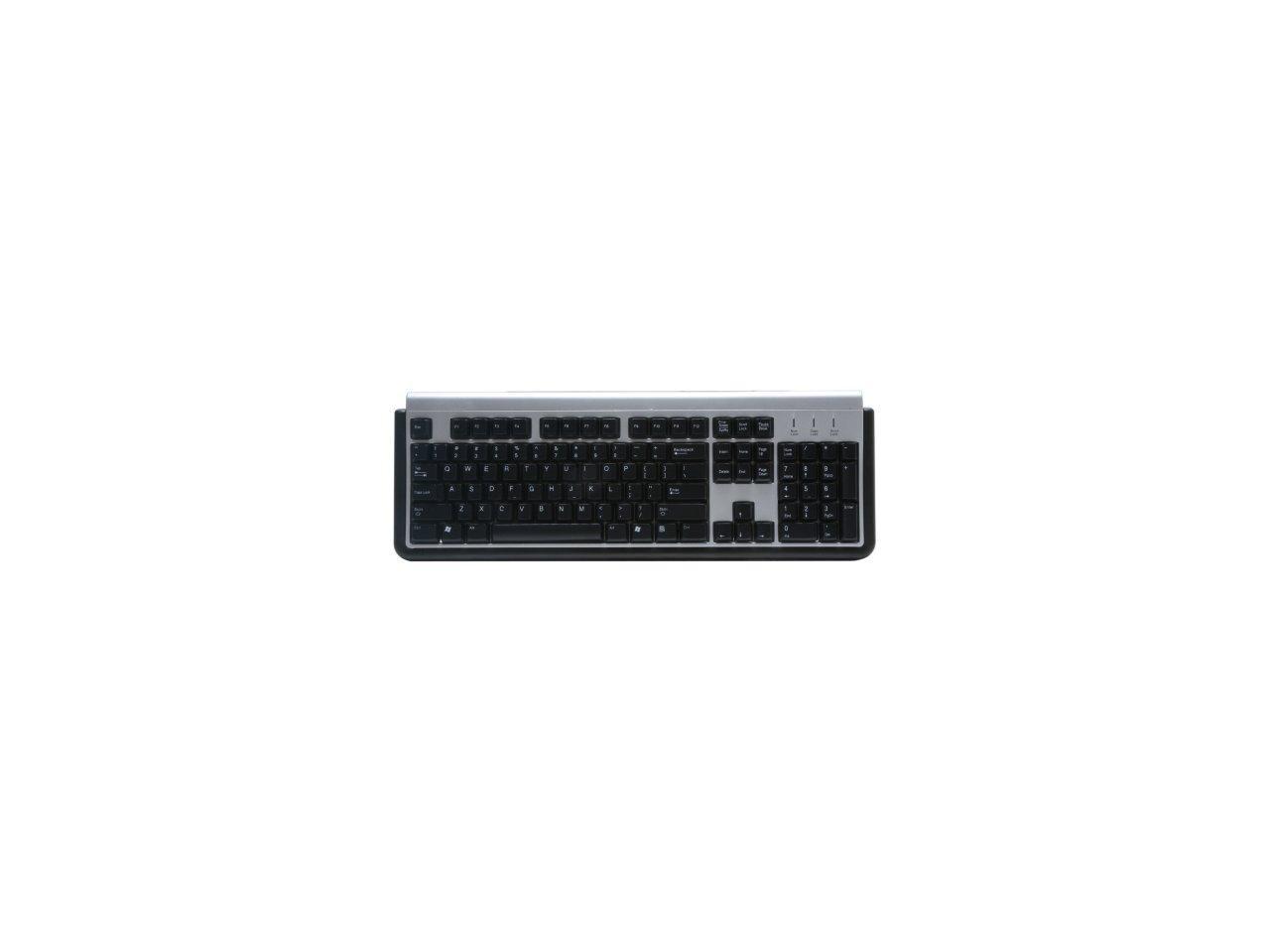 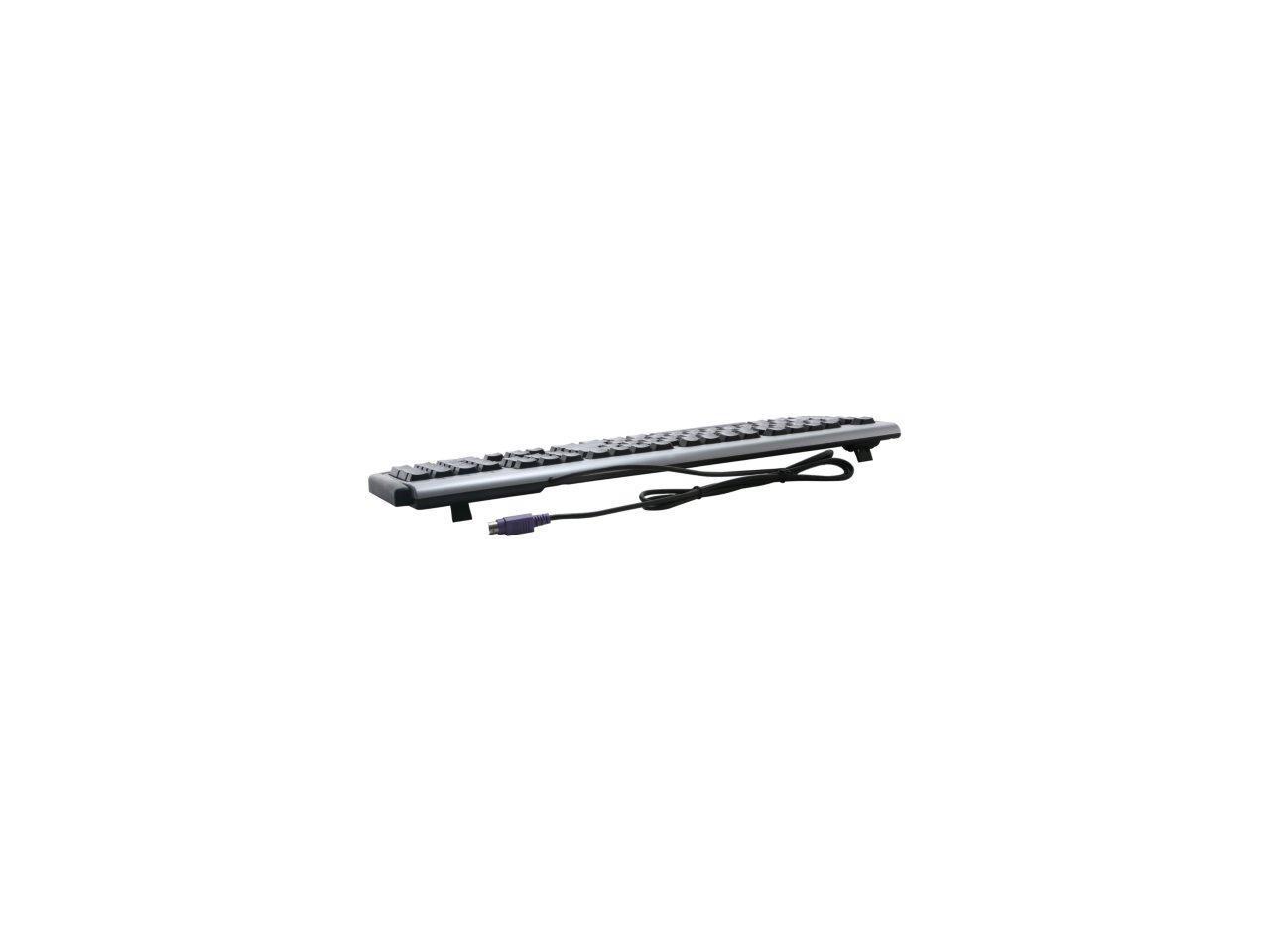 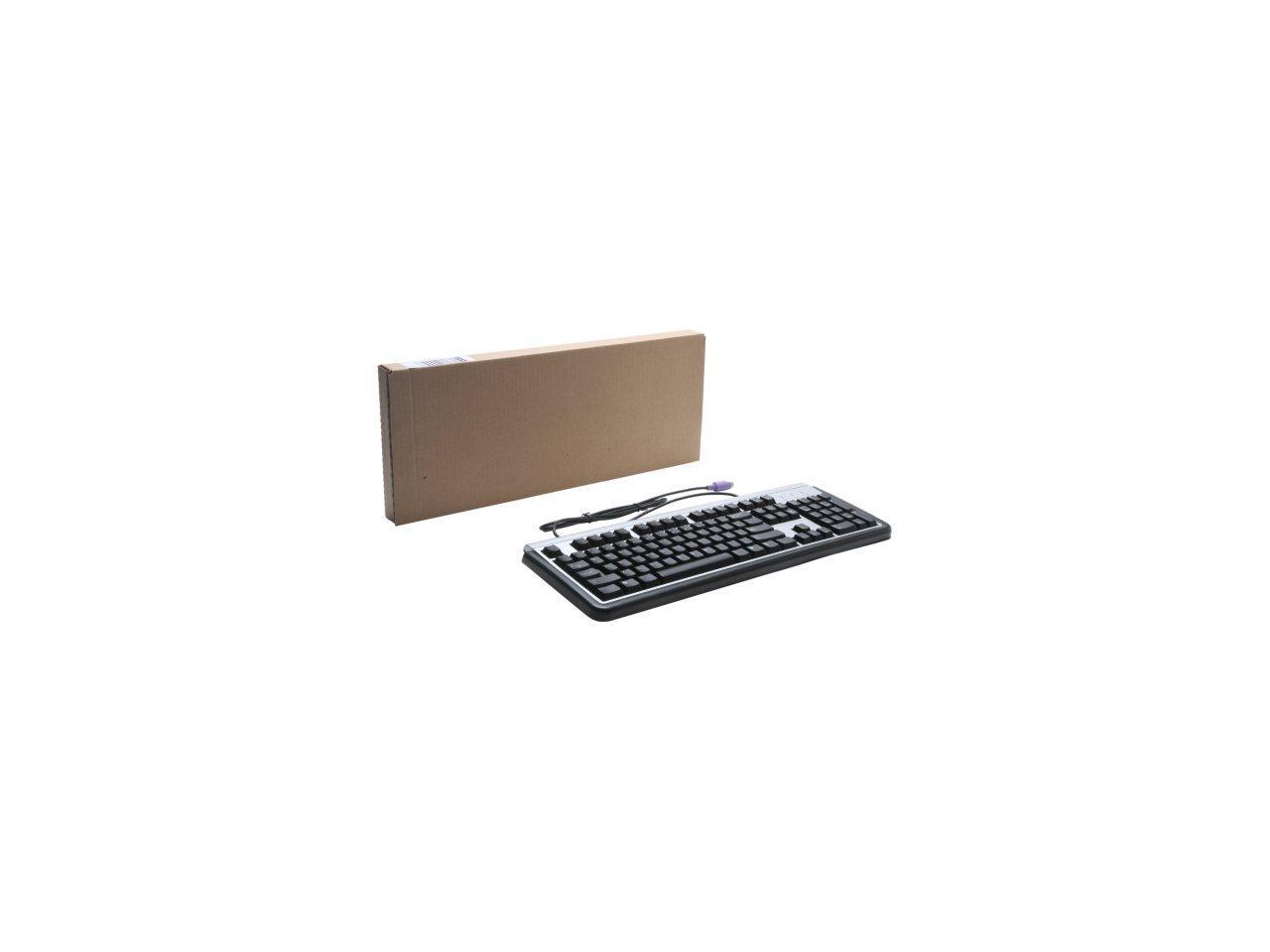 (767) Write a Review
OUT OF STOCK.
Overview
Specs
Reviews The SK-1788/BS keyboard from Lite-On provides another choice among affordable, entry-level keyboards. The fundamentals of the SK-1788/BS are all standard, featuring a 104-key layout and a two-tone hue. Thanks to successful cost management, the SK-1788/BS delivers quality at a budget price. The keystroke feedback is delightfully tactile; the tapping is quiet; the base is rugged; and the space key is generously large. You'll love working on this device! Pros: I've seen many of my friends keyboards come and go over the time I've owned this one, but this one has stood the test of time. Despite showing a few battle-scars from years of use and abuse, it still works perfectly. The supports mounted under the keyboard have broken, but this falls under the category of abuse because in a fit of rage, I slammed my keyboard and managed to snap them. A small dish towel folded over several times and set under the back of the keyboard remedied this issue. In another instance of abuse, while cleaning my setup thoroughly, I decided to remove all the keys and soak them to clean off the years of collected gunk, and get a chance to brush out the inside of the keyboard. While doing this, I managed to lose my End key in the drain of my sink. A quick transplant later from a different keyboard, and all was good. Unlike many of my friends keyboards, which start to show fade on the markings on the keys after perhaps, only a few months of hard use, this keyboard has withstood nearly 6 years of >8 hour days, with no fade on any key whatsoever. The sheathing on the cable is nice and thick, and after some breaking in, will contort to any reasonable angle. The PS/2 jack has also stood up well with no sign of wear or tear on it, despite hundreds of cycles of plugging/unplugging. The icing on the cake here is the fact that it is a simple standard, U.S. English 104 key layout, with none of the key sizing arbitrarily changed. The keys have fairly good force feedback, it's not like trying to crush rocks with your fingers, nor is it like typing on marshmallows, NOR is it like typing on a sheet of paper.

Cons: PS/2 interface rather than USB. There is apparently a USB version of this keyboard, but not ever having owned one, I can't speak on whether the second incarnation of this keyboard maintained all the positives which I listed above.

Overall Review: I wish I'd had the foresight when I bought this keyboard to install a key-counter so I could quantify just how resilient this keyboard is, but unfortunately, I didn't. I can tell you as a gamer however, that the WASD and 1234 keys show absolutely no wear at all and feel as taught as some of the most underused keys on this keyboard though. Overall, I cannot give this keyboard enough praise, I may never replace it.

Michael B.
Ownership: 1 month to 1 year

Pros: Worsk great. Bought four of them to cut down on shipping.

Overall Review: New Egg shipping is good, wish it were free as is often the case.

Pros: Here's the thing. I paid $5 for this keyboard in 2004. It has gotten quite dirty over time and I didn't want to take the time to thoroughly wash a $5 keyboard that is seven years old, so I just shoved it in the dishwasher and called it a day. After seeing that it was still a bit dirty, I shoved it back into the dishwasher... After letting it thoroughly dry and plugging this bad lad into my computer, all it required was a restart and it was good to go. It is over seven years old and it is still completely and fully functional after a few solid cleanings in the dishwasher.

Cons: Although its case for "Pros" is pretty solid, there are a few "Cons" with this board, such as: - It get fairly dirty over the course of seven years. - It does not have interchangable keys for Mandarin Chinese. - You have to unplug it from your computer before you stick it into the dishwasher.

Cons: The space bar is FINE. Some of you guys make it seem as if it's literally suspended from a spring and constantly bobbing around like an open jack-in-the-box puppet. The space bar is fine, it doesn't move any more than any of the other keys.

Overall Review: Why would anyone drop a huge load of cash on a keyboard? Am I missing something here? I'm seein' keyboards out there for over a hundred bucks! This is all you need. It types. It works. It's nice looking. It's less than 2 Mcdonalds value meals. Why anyone would need anything more is beyond me.

Pros: I've owned and used this keyboard for a little over three years. I'm a huge fan of the very basic keyboard style, but this is one of the very best 'basic' keyboards I've ever owned. It's been with me through conquests of numerous games, drunken ravings, over five-hundred-thousand words of written material in books, articles and random jibba jabba. I've taken it apart for cleaning numerous times, and the space bar still works like brand new. However, after three years of my endless abuse, the keys are finally starting to get stiff. Being a fast typer I am rather fickle when it comes to keyboard response. Lately it occasionally misses letters when furiously click-clacking away (it's actually very quiet); the ctrl, alt and shift keys on the left side are especially hard to press sometimes. Other than that it's been a champ. So I'm retiring the 'ol boy and reupping for another! I'm almost sad to part with it, but alas~ To live is to change - or at least rebirth with an identical copy.

Cons: Some of the letters are fading, but who needs 'em? But seriously, the fading isn't so bad that you can't tell what the letters are. (WASD are especially faded) The silver color of the keyboard is also a coating rather than molded silver plastic. It's fading as well, but I haven't used it for three years ‘cause I thought it looked pretty. It also doesn't seem to emanate radiant feelings of joy and world peace, darn it.

Overall Review: Ordering another one as we speak! Perhaps the one I am currently using will find a nice home somewhere on a shelf. In fact I have two other brand new keyboards sitting on the shelf that I bought in anticipation of this one failing or breaking. I actually got one out last night because the lite-on, which I am currently using, seemed as though it was on its last legs. But a little cleaning seems to have restored functionality. TL:DR? BUY IT!

Pros: I have used this exact model keyboard in every modern-age computer I have built! This is a fail-safe keyboard. The keys are relatively quiet. The colors match most popular case color configurations. Installs w/ PS2 connection or using USB adapter w/o any issues. No stuck key issues, no broken/breaking keys, no malfunctions of any sort even after years of daily, practically 24/7, use. I have used these for my 400 disc DVD changer, my SLi gaming rig, my traveling laptop, and all 3 of my business computers that are built for super-reliability - not to mention all of the computers I have built for clients as well.

Cons: None at all. I guess if you want white you are out of luck :-)

Overall Review: As a rule of thumb, buy this keyboard for EVERY build you pursue. If you want a 'better' or more fully featured keyboard as well - go for it, but you will always have this keyboard to rely on and fall back on as needed. This keyboard requires no pairing, fancy drivers, etc - just plug it in and go w/o the headaches of many of the keyboards out there today.