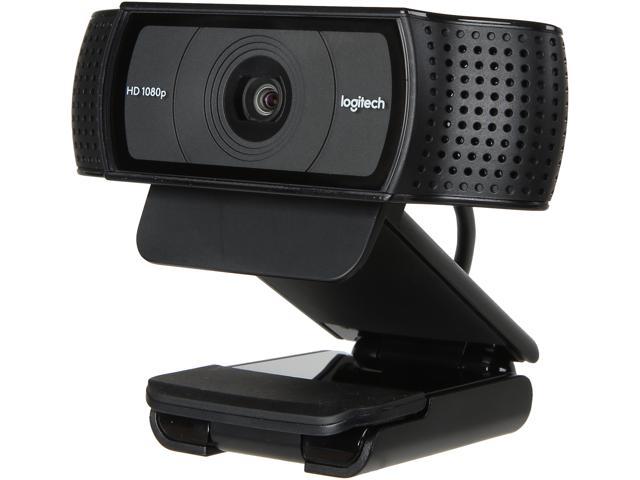 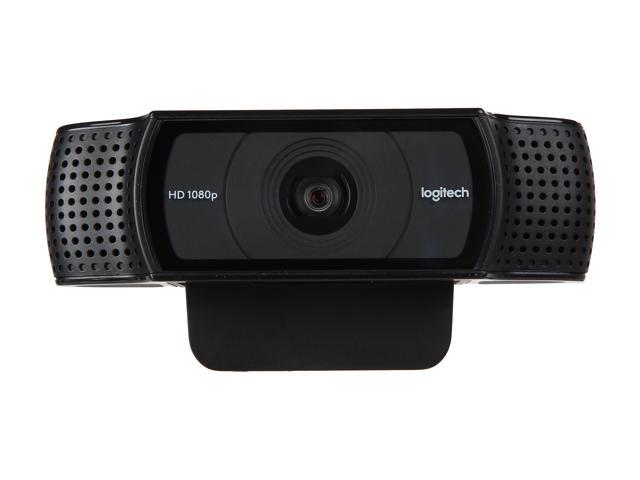 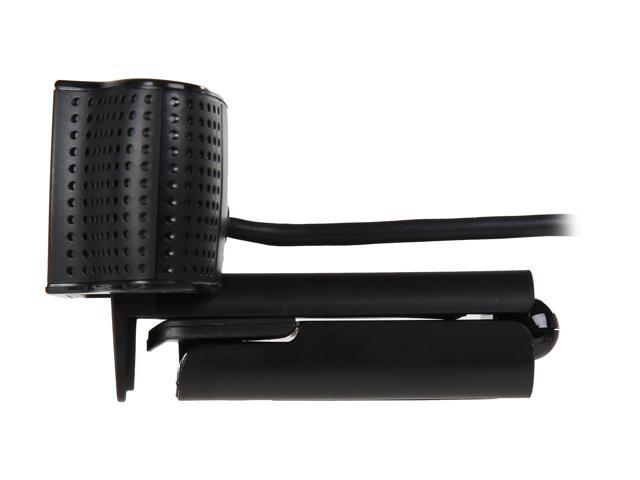 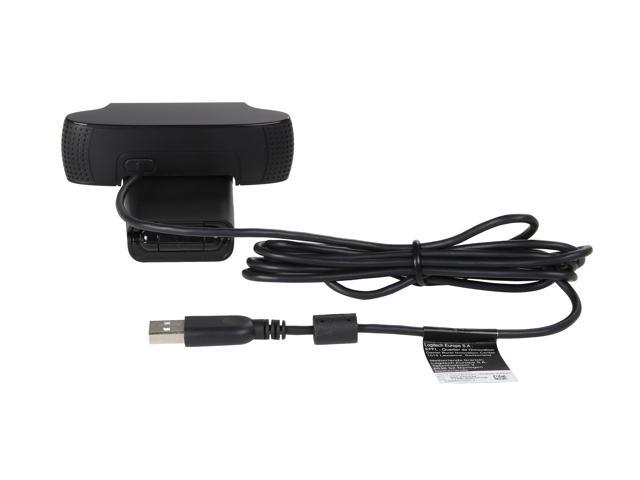 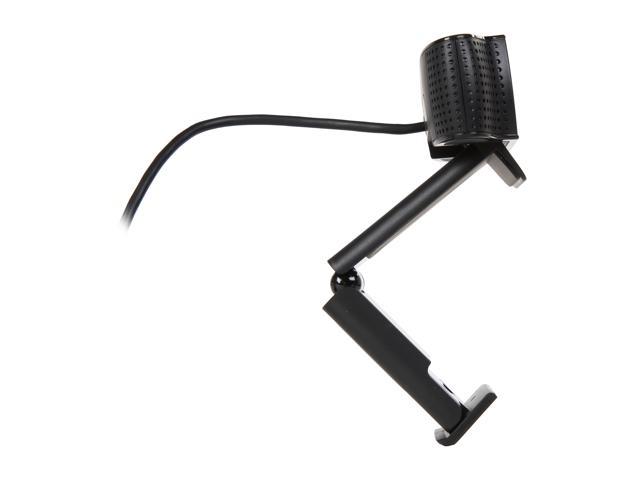 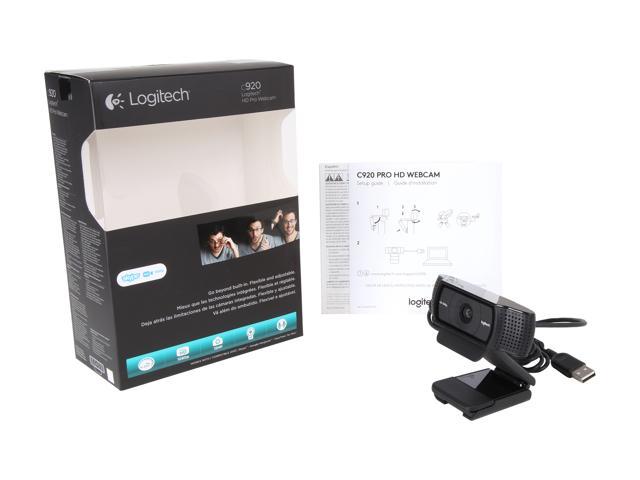 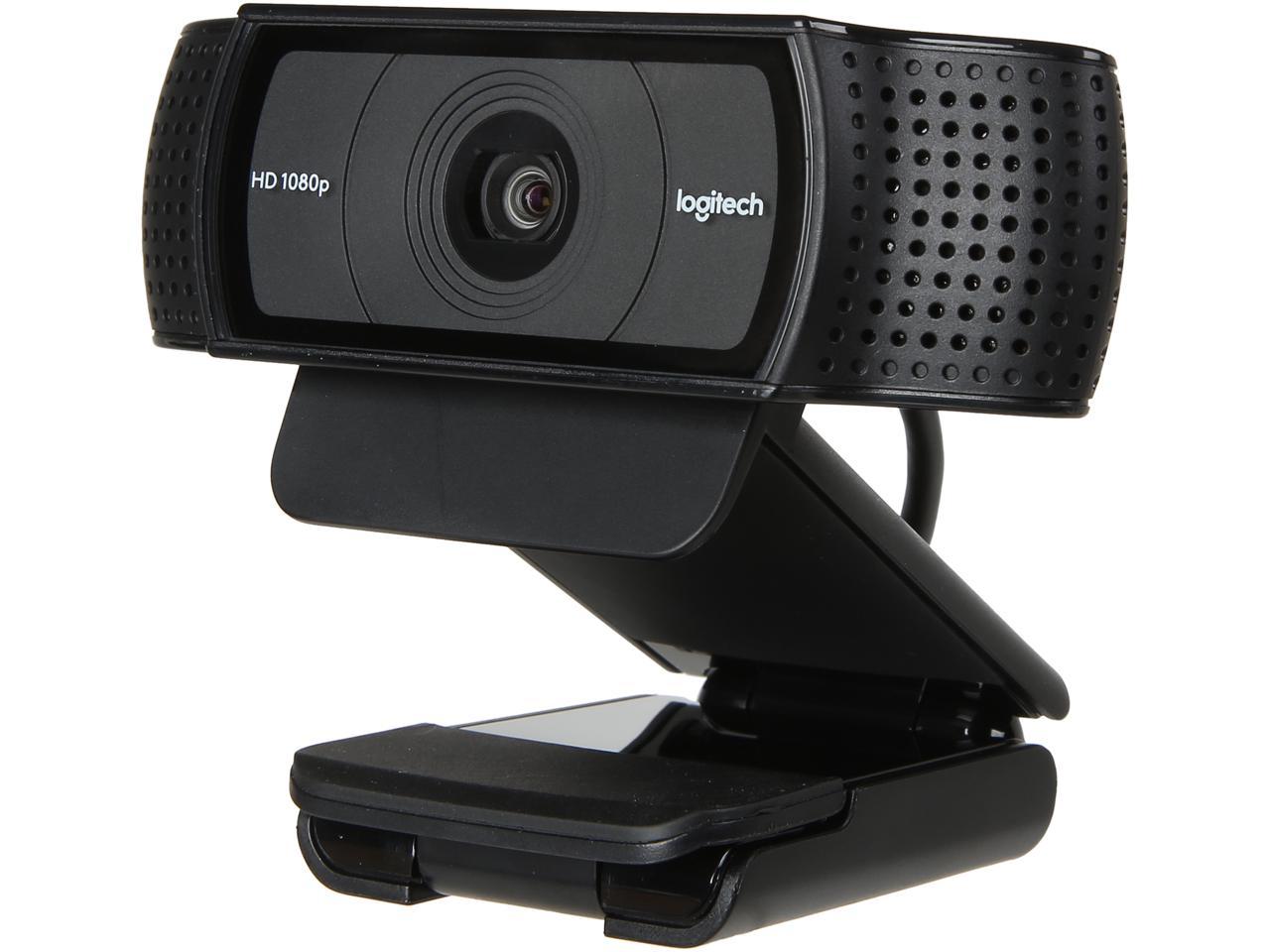 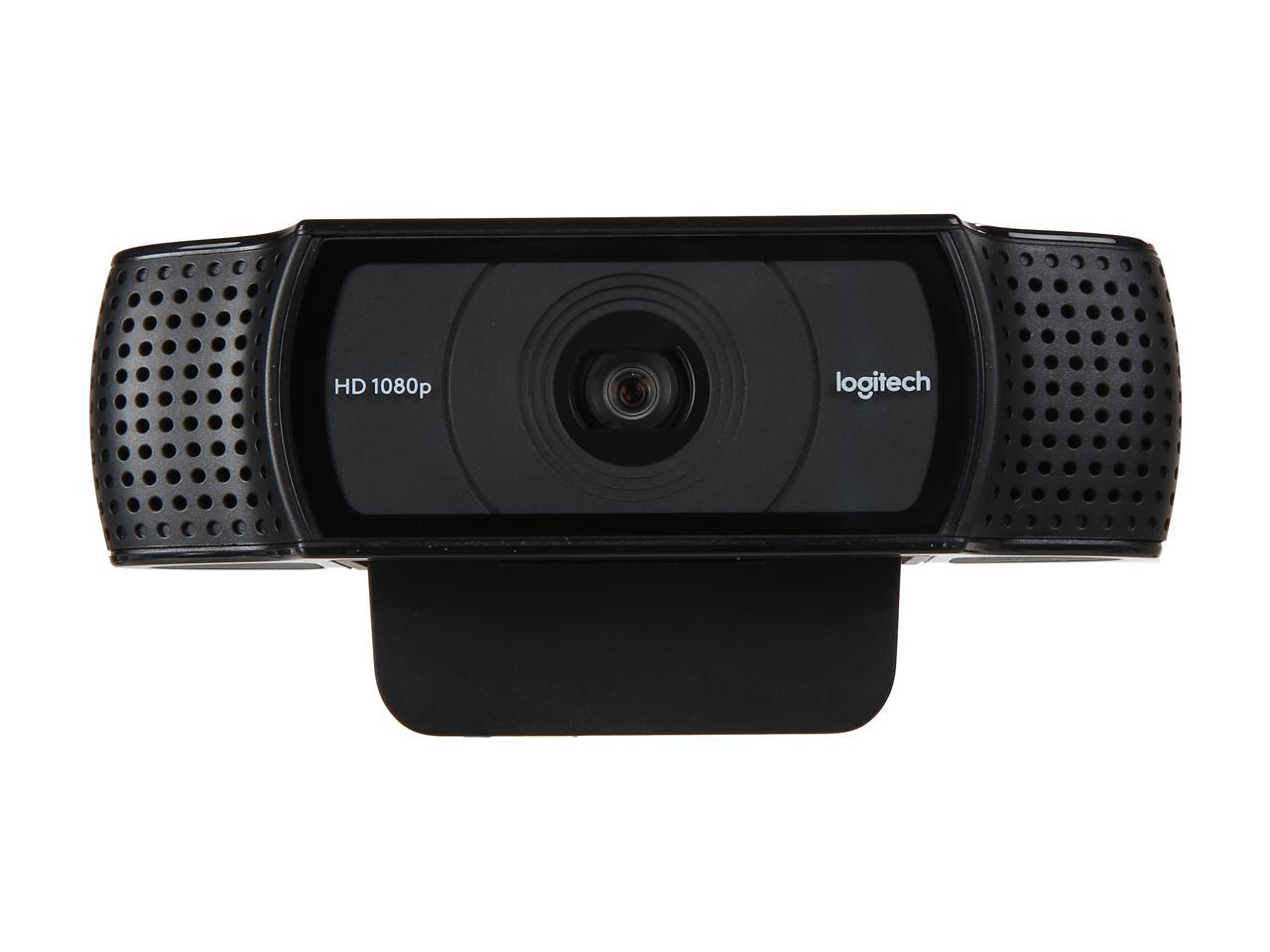 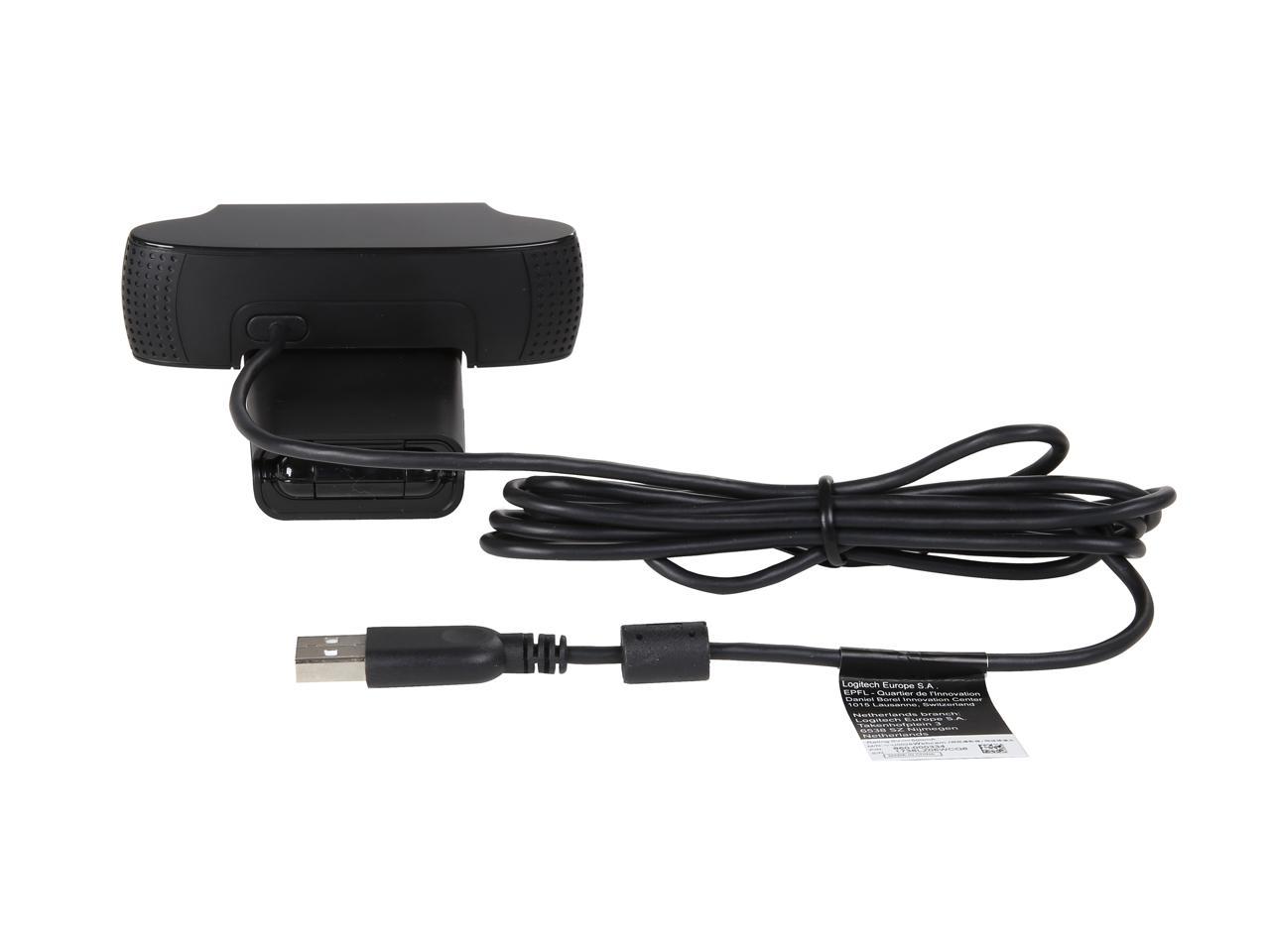 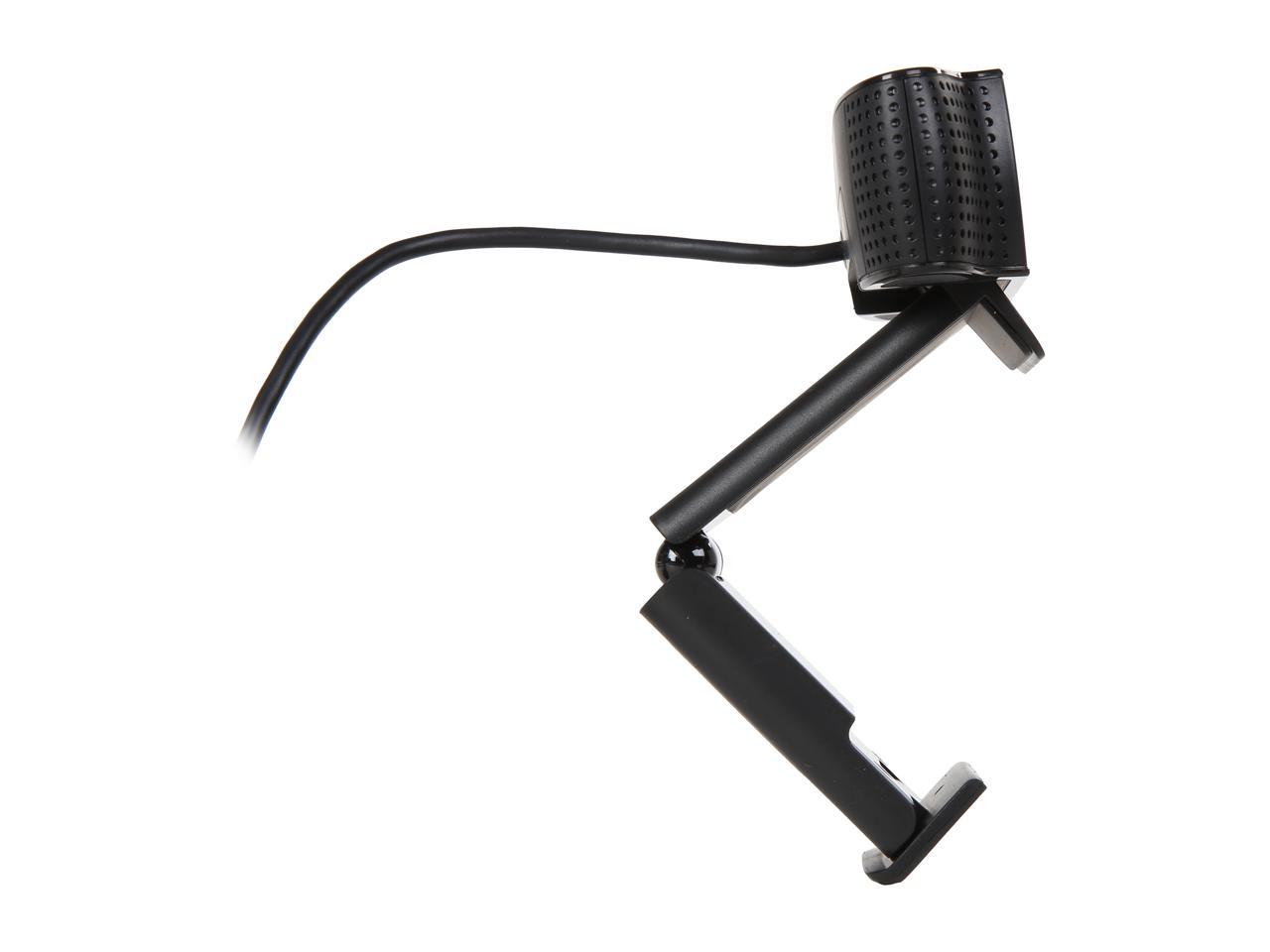 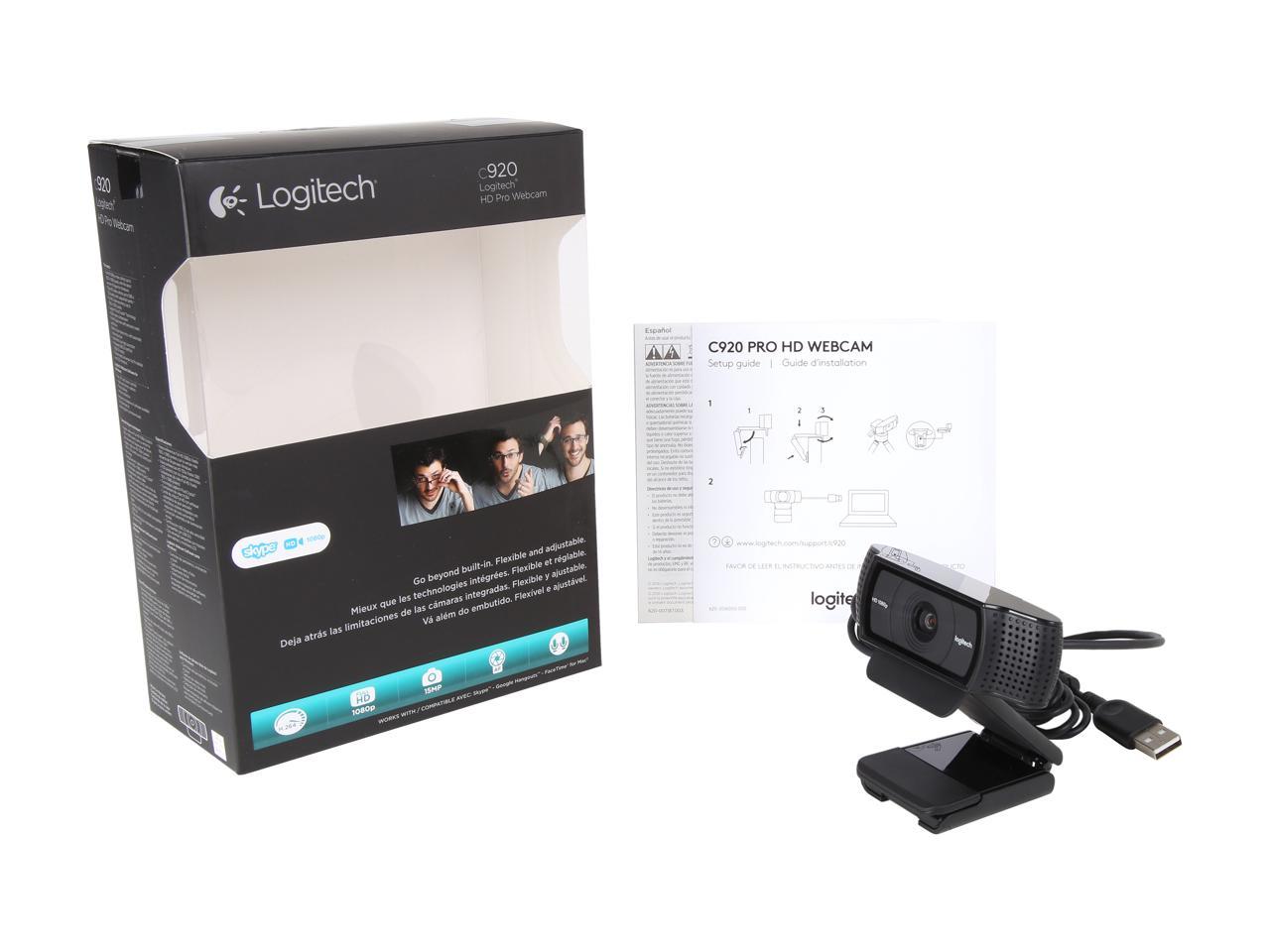 Learn more about the Logitech C920

Cons: 1080p is only in Skype, you'd think it would be supported in everything if it's capable otherwise. Says USB 3.0 Compatible, but USB is backward compatible for the most part, why even mention it unless it's actually USB 3.0 (Which it isn't, it's USB 2.0) Perhaps 2.0 can't normally support the bandwidth required to do 1080p consistently.

Overall Review: It does what I need to do, Video conferences via Skype are very clear and the audio works very well. I was a tad disappointed with Motion Detection though, it doesn't seem to stay recording after 1 motion incident (I might be using it wrong though, i'll need to consult the manual) The other thing with Motion Detection is that the blue LED stays on, If someone can see the camera on then whats the advantage?

Pros: Inexpensive for an all-in-one solution and a great starting point for anyone interested in basic video chatting/recording. The video is surprisingly nice for such a small unified package. The webcam comes with an integrated usable microphone and the software suite that logitech provides is decent enough for basic usability. Has a standard camera mount on the bottom that can be used with aftermarket stands/camera gear or the integrated stand is pretty decent.

Cons: The mic quality has room for improvement but for the price you get a pretty good starting point and a good all-in-one solution. The integrated stand is a little flimsy but I didn't remove any eggs because you can use the integrated mount for a normal stand,

Overall Review: This product is quite a good comprehensive solution if you need something quick and simple to setup. I would probably upgrade to a dedicated mic such as the yeti soon to do any streaming but otherwise this is a very competitively priced solution.

Cons: Rather pricey - unless you need top quality.

Overall Review: Just a word about Logitech's overall quality. Over the last 8 or 10 years we've owned a Quickcam Ultra Vision, a C270, a C525, and a C910. They're all still in good working order. Even the ancient little low-res ball shaped Quickcam still works. The point is Logitech quality is reliably good. The C910 has the Zeiss glass lens + stereo mics and produces high quality results in any decent lighting situation. The current C920 is very similar and uses H.264 format for quality and acceptable file size. What about their webcam software app? Ten years ago it was mediocre and annoying. Little by little, year by year it has improved. Also, when it's installed, several important features become available even when you're using a different app such as Skype, or Cyberlink Youcam (great app!), etc. Obviously, to get the best results, it's important that the Rightlight and Rightsound features work, as well as Zoom, no matter which app you use for video chat or recording. Here's a tip that sounds funny, but it works. When chatting or recording, many users experience some unwanted reverb or echo in the sound. This comes from the sound reflecting off the walls in your room. An old trick is to place a number of pillows or cushions around you just out of the camera's view. Also, sit closer to the camera and speak a little more softly. One or both of these tips will give you a more natural sounding result. Of course, you could buy a microphone costing more than the webcam ....

Pros: Anyone that has the Webcam Pro9000 or C910 will find the camera and software very familiar. The C920's most important new fearture is the built-in H264 encoder. It's adverstised to support 1080p with Skype 5.7 beta. In my initial tests however I was not able to get 1080p on either an i5-2500K class quad-core or Core 2 Duo laptop with Skype's 5.7, nor did their appear anyway in Logitech's or Skype's software to select 1080p resolution. I'm familiar with Skype hacks and use this method to get good 720p with my Pro9000 but was not expecting to have to do this with camera as it's advertised by both Skype and Logitech to support 1080p. The best I saw with the C920 was 720p. At 720p CPU utilization was low, about 12% on a i7 quad-core, decent color and smooth motion at roughly 30fps, but unfortunately the video has a noticeably soft-focus blurry appearance compared to the C910 and Pro9000. Using the camera in a USB 3.0 port didn't change the performance. Tripod mount is welcomed.

Cons: Using Logitech's software to record video direct to disk at 1080p and 720p produced very soft, almost out-of-focus looking video that is not nearly as good as the C910 (which is almost camcorder like). In my tests, the video quality was too soft to be usable. The one strength of the C920 is that with 1080p recordings there is no transcoding time. The recorded video was ready to play as soon as the stop-record button was selected, but to accomplish this it appears the encoding process seems to be throwing away a lot of video information. Another complaint is that while Logitech allows one to manually set camera controls it has no calibration marks or numeric values to allow one to repeat that setting. This makes one have to repeat every adjustment to return to a previous setting.

Overall Review: Because the built-in H264 encoder offloads some of the work from the host PC, the C920 may make it easier to use this camera across a wide range of older, slower PC's, and it may give a more stable, smoother 720p video experience to those with minimal Internet connections, but achieving this with the built-in h264 seems to come at a noticeable reduction of image sharpness. Given the image quality of the unit's 1080p direct recording I don't see any reason to use the C920's 1080p for Skype. I'm not sure the C920 would be my go-to camera for 720p Skype either as my Pro9000 produces a sharper cleaner image than the C920. My sense is that the limitation in video quality is the built-in H264 encoder. Would be good if the encoder could be disabled and let the PC grab the video off the sensor. I'm not finished testing this unit and I'm hoping I'll discover a way to overcome the limitations I've seen. I'll update the comments If I do.

Pros: Was recognized and installed fine without installing the Logitech software. Had decent picture and microphone.

Cons: This thing died a few days in. At first it started showing up as an 'unknown device' in device manager, now it is not recognized at all by any PC I have tried.

Overall Review: ehh. probably just a bad unit, but Newegg won't take it back and Logitech is proving to be difficult to work with for a warranty replacement.

Cons: Has one defect in its build after about 6 months the webcams wire connector starts having issues. If you move the camera around to show things to people on Skype this will happen eventually. They should add something to the design to reinforce the cord on the back of the webcam.

Cons: -All my USB devices (Mouse, Keyboard, USB microphone, phone (if connected)) disconnect and reconnect periodically WHILE I AM USING THE CAMERA (as in in a skype call or while streaming using OBS) -My PC takes A VERY long time to POST while this is plugged into ANY USB port (2.0 or 3.0). once I unplug it it posts almost instantly.

Overall Review: I am running Windows 10 Pro V1607 Build 14393.222. Asus X99 Deluxe is the Mobo. I have asked a friend who recently purchased one of these and is experiencing THE SAME ISSUE; His pc has completely different specs than mine

Pros: - gets recognized by Windows 7 automatically, whether it's my server-class machine, or a laptop, and downloads appropriate software as needed - integrates perfectly with Skype and Lync, - very easy to put on top of a laptop lid, or on a desk - Logitech software is excellent and not too intrusive - truly high definition photo and video shots

Cons: none, except the usual (why things that function perfectly aren't free??? ;) )

Overall Review: I had Logitech webcams before. I have no intention of changing Webcam vendor any time in the future, because they are good enough to meet every requirement. Forget Creative Labs, Microsoft, and others. This is top of the line.