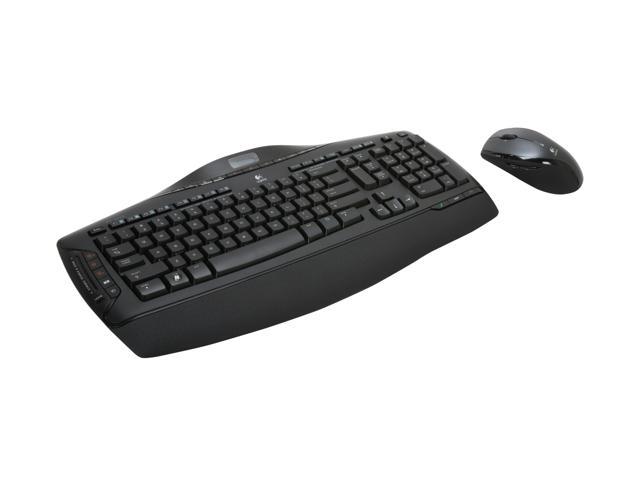 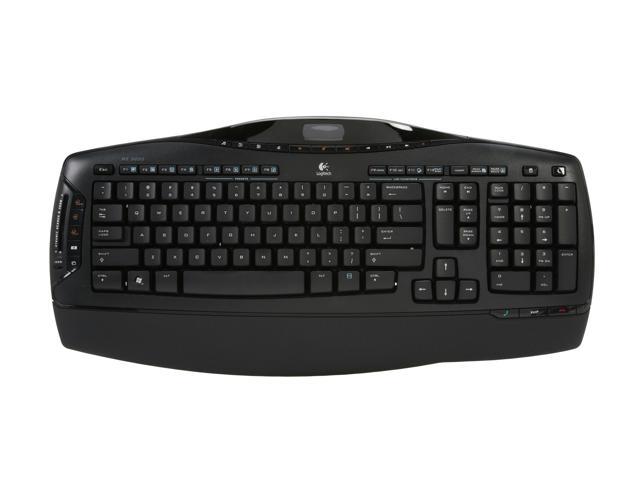 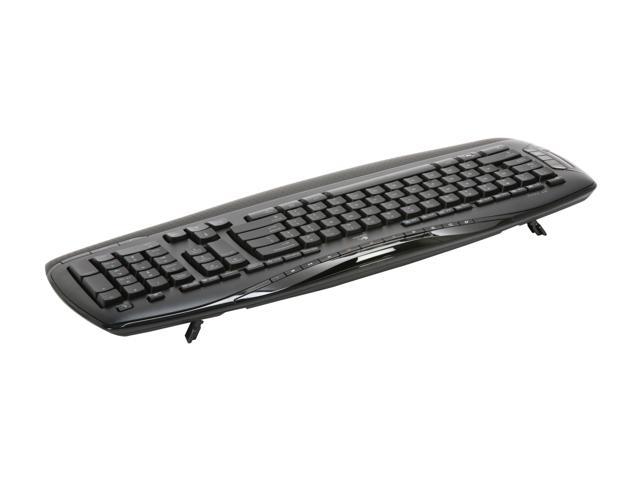 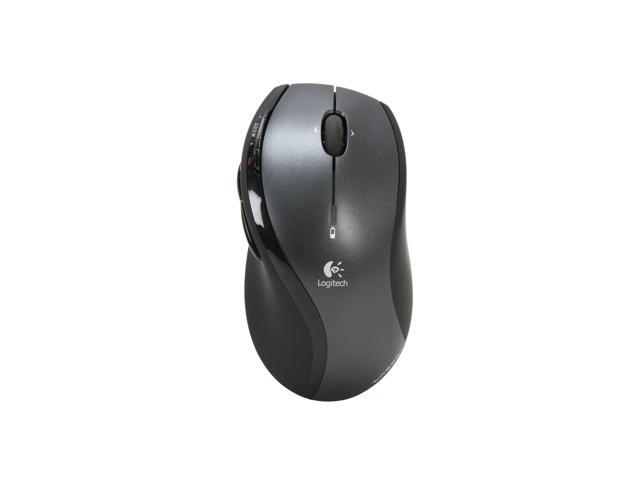 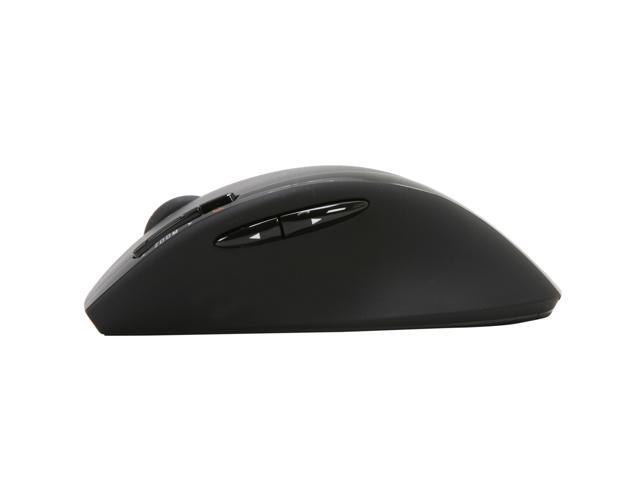 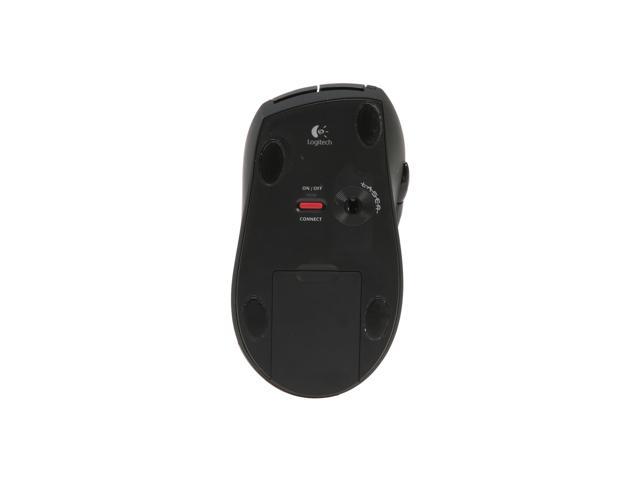 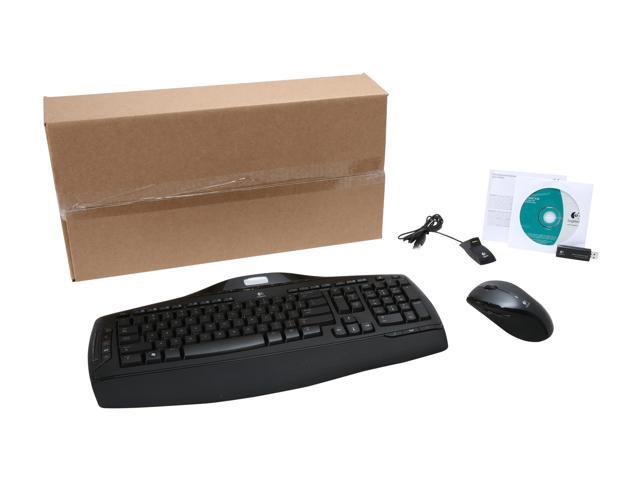 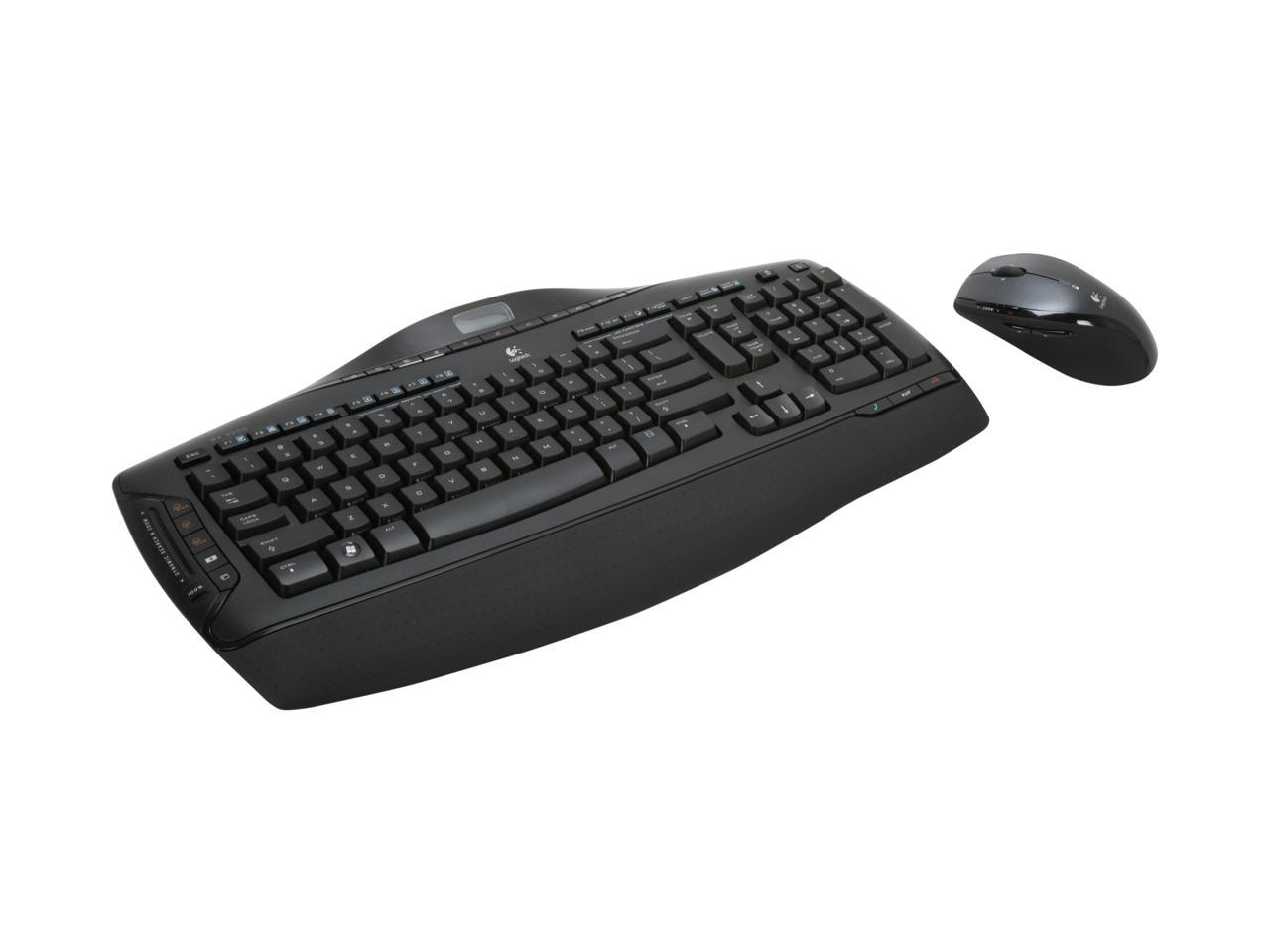 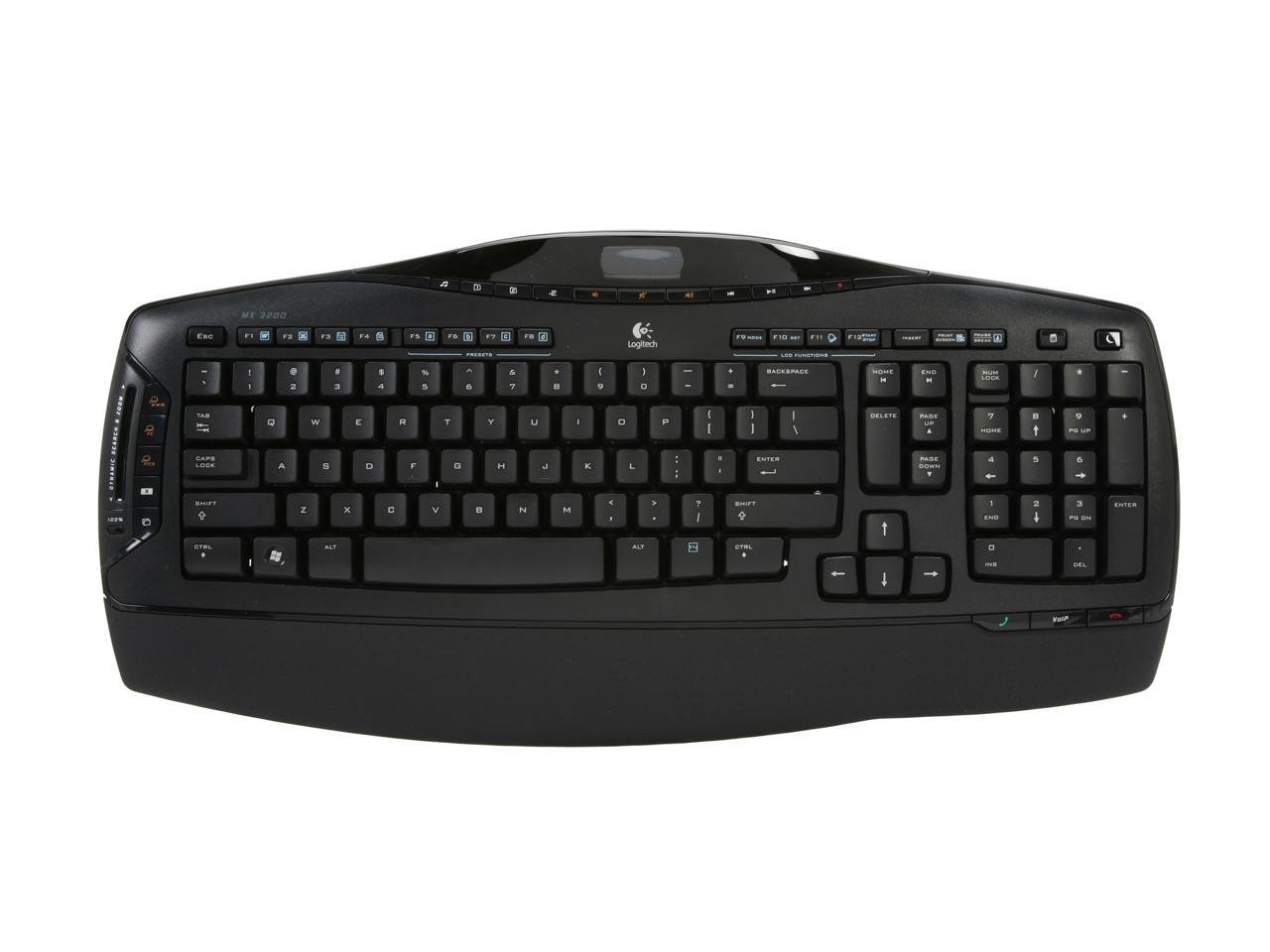 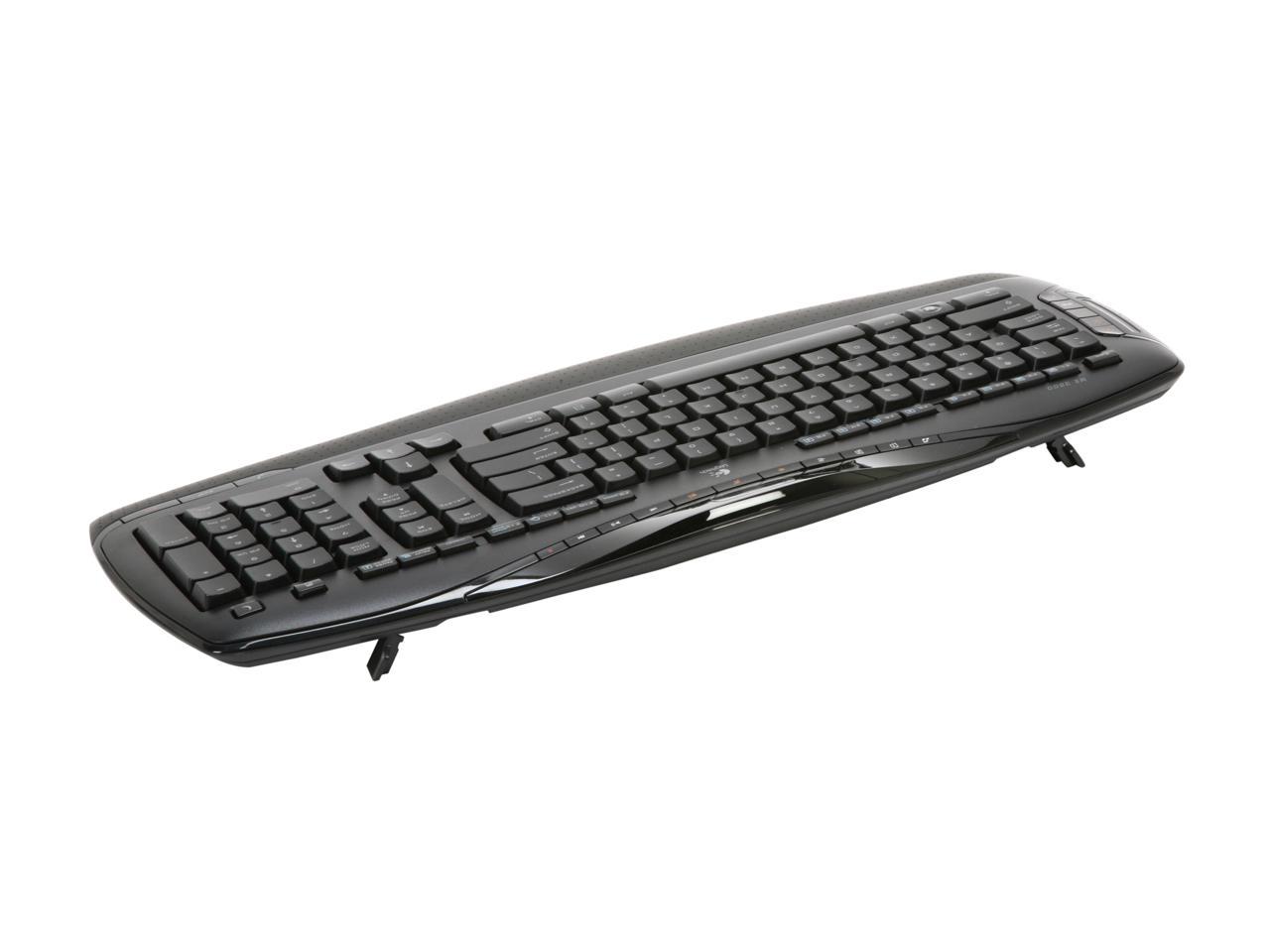 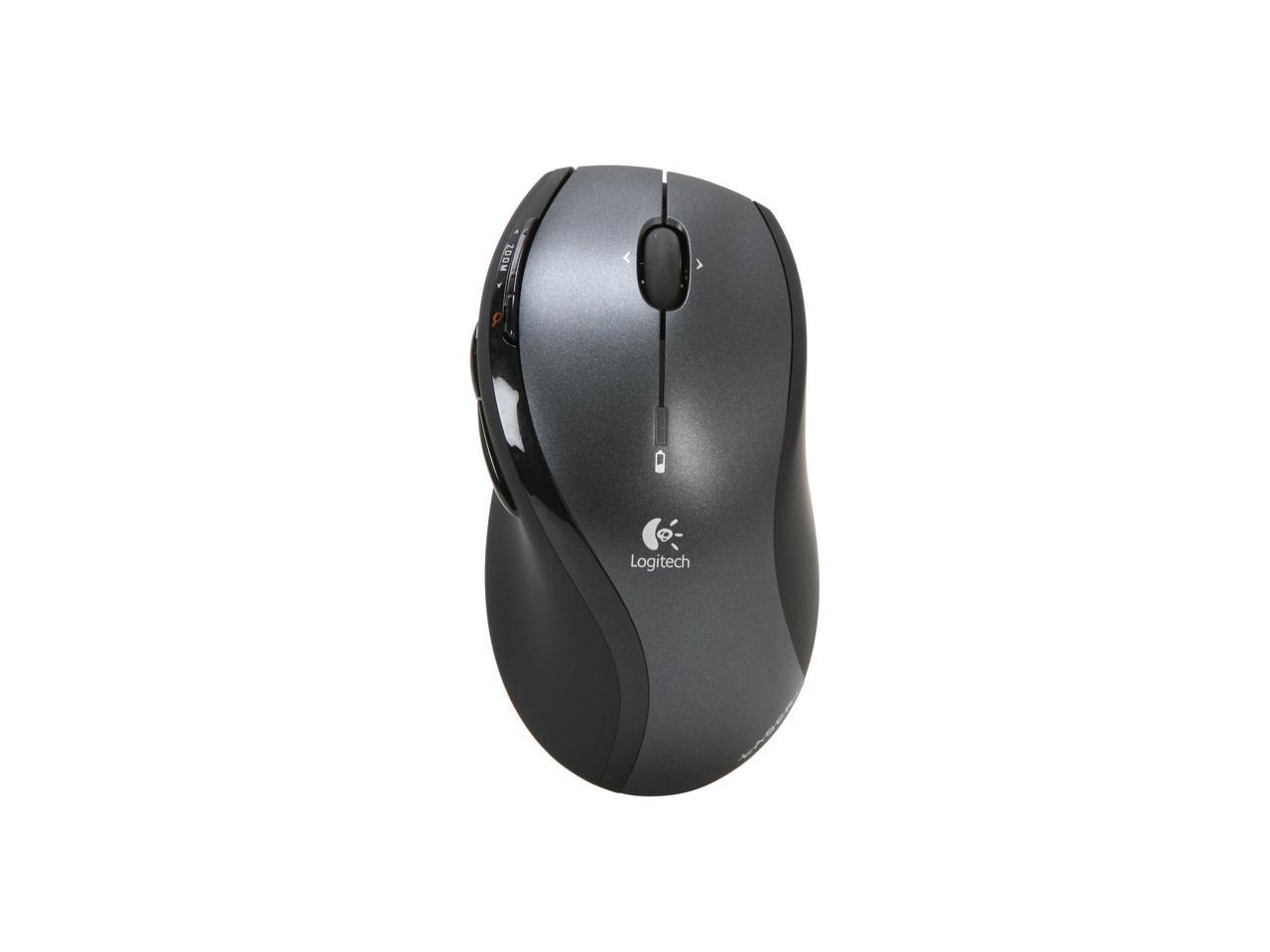 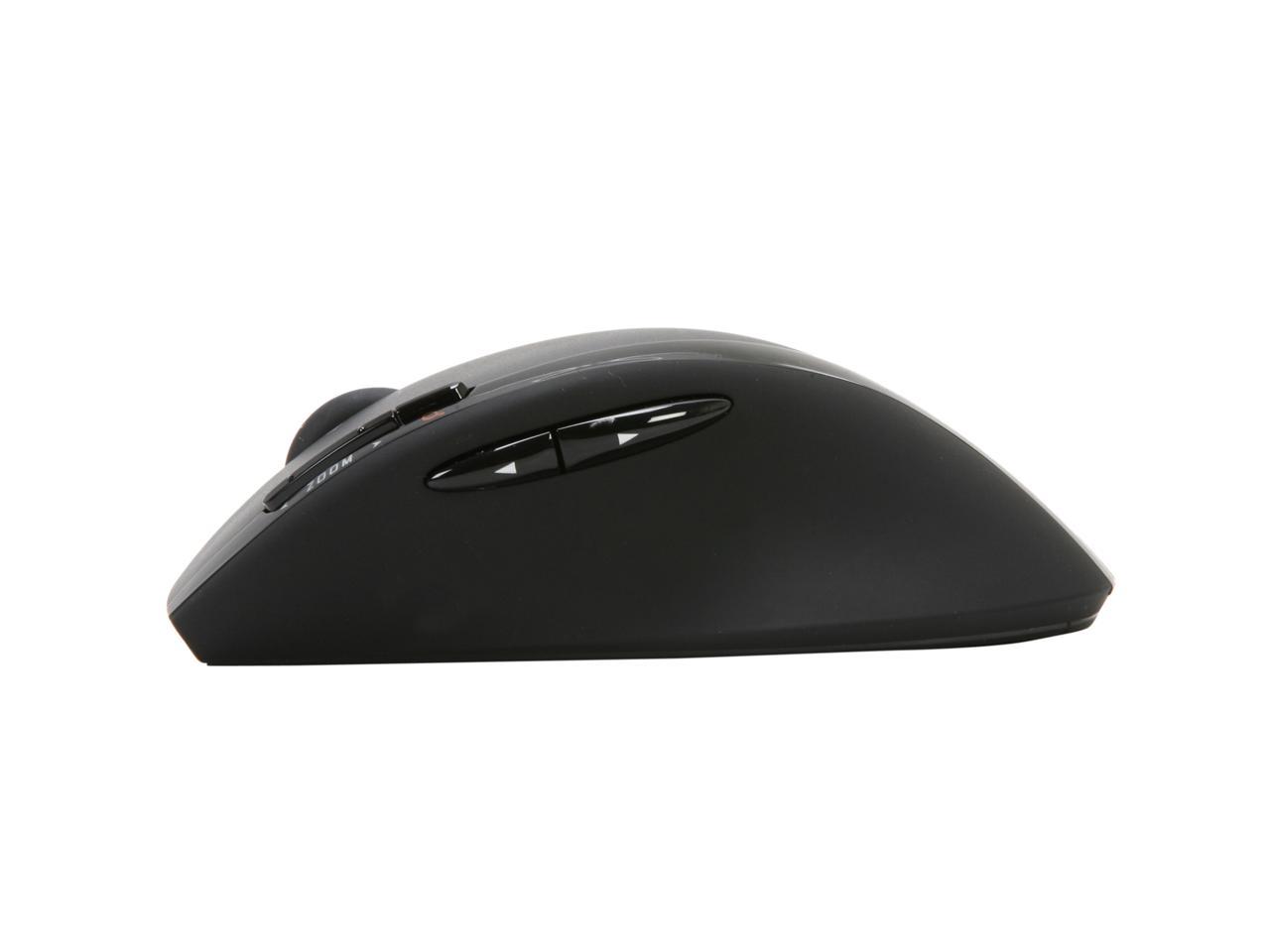 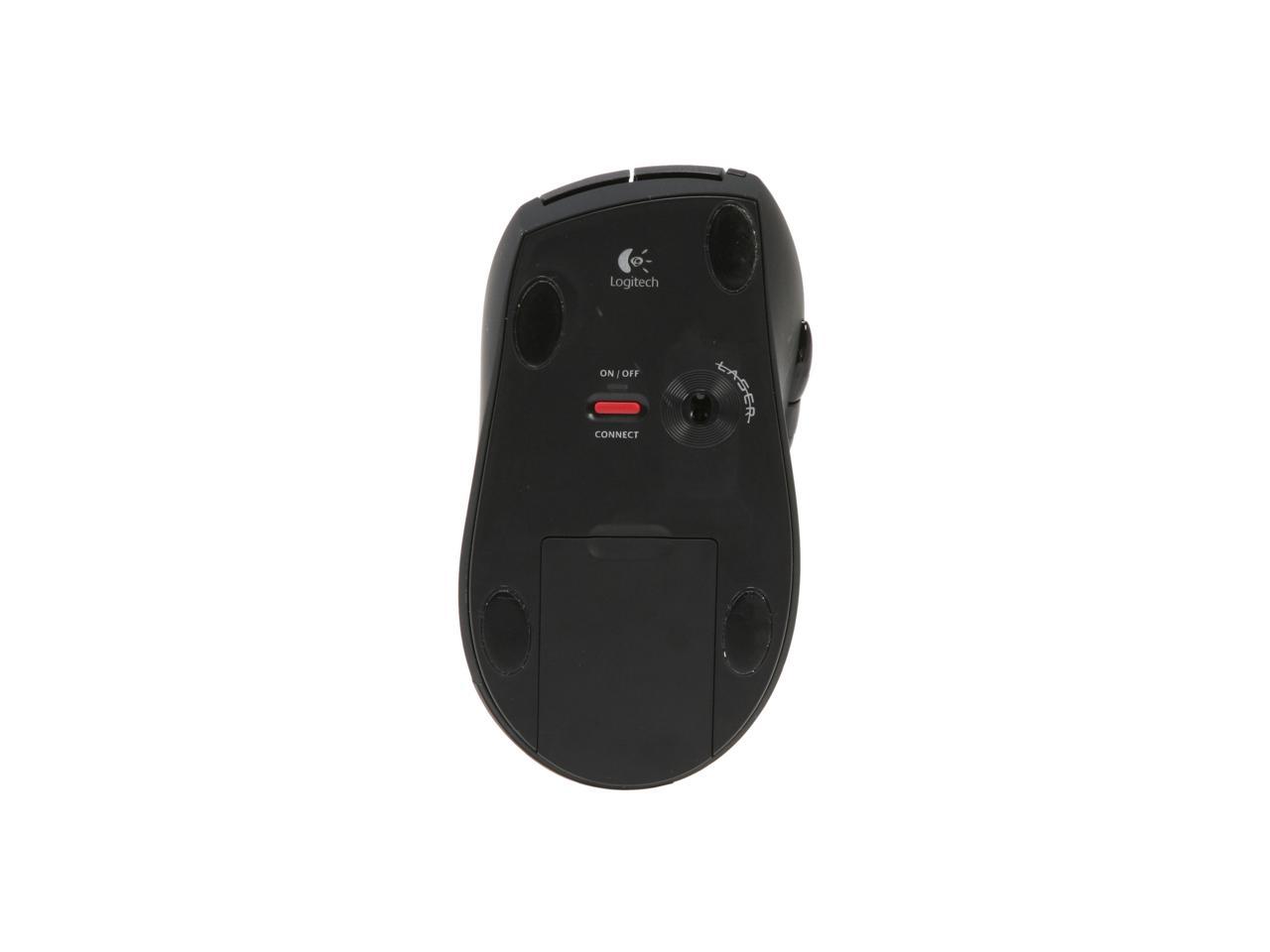 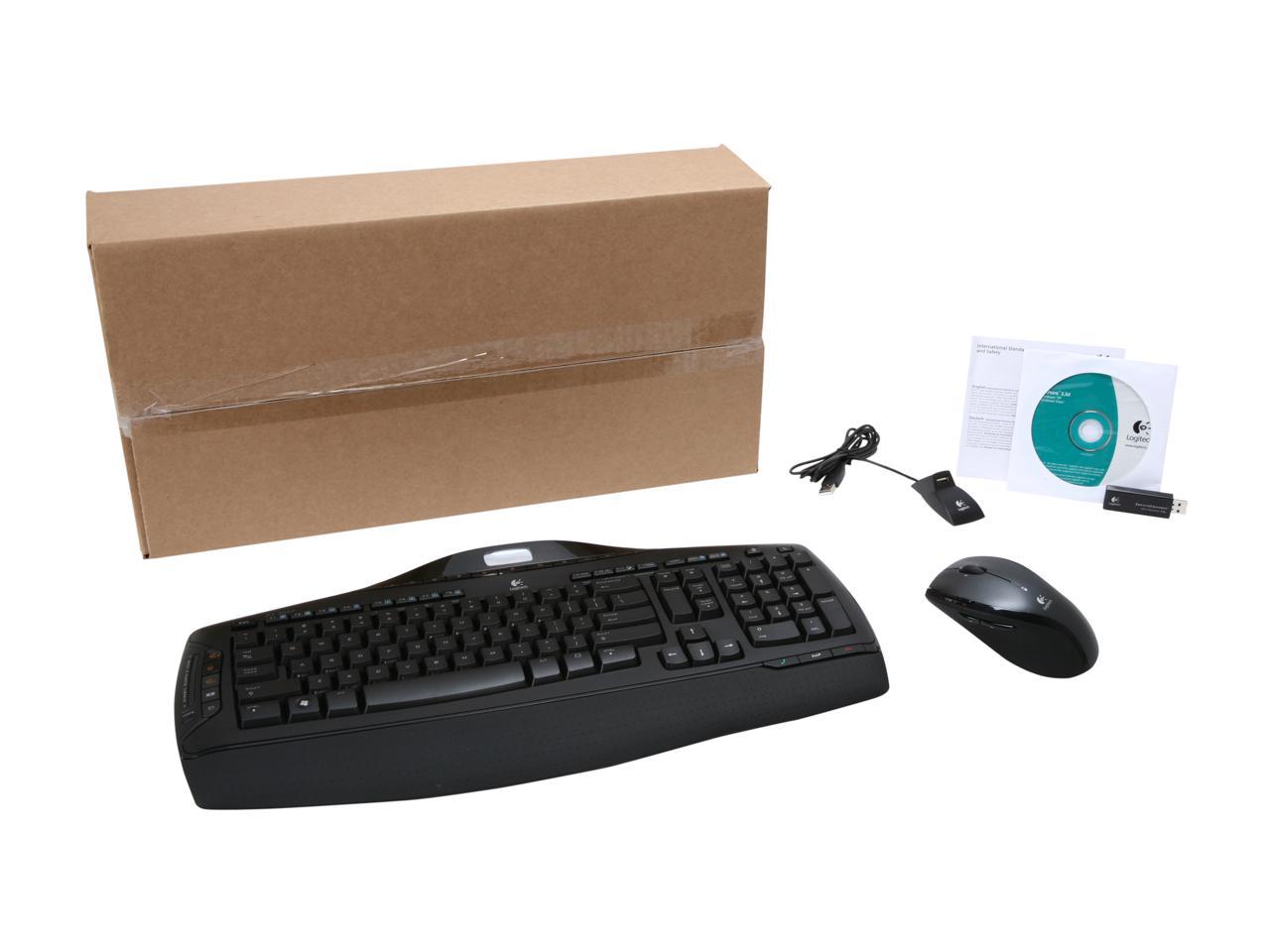 This means the product was tested and repaired as required to meet the standards of the refurbisher, which may or may not be the original manufacturer. Any exceptions to the condition of the item outside the manufacturer’s information should be provided in the listing, up to and including warranty details.
(18) Write a Review
OUT OF STOCK.
Overview
Specs
Reviews
Logitech might just be the king of keyboards and mice. Their MX 3200 is evidence of that. The 102-key keyboard features an unparalleled twenty-one programmable function keys, to make sure you have easy access to your favorite programs and functions like volume controls, mail, and playback. The built in LED display will give you all the vital data you need with ease.
The included laser optical mouse offers better accuracy and less fuss about what surface you're using. The sculpted design will allow for maximum comfort, while its tilt wheel and four function keys will make navigating your computer a breeze.

Learn more about the Logitech MX 3200

Pros: Simply the best wireless K/M Combo. I have spec'd hundreds of these and clients are always pleased.

Cons: Newegg is not testing these before shipping. missing items like support CDs and batteries (if purchased new they come with 6 AA bats). 2 of the 3 ordered did not work, probably because the receivers were not matched to the keyboards. Parts are just thrown in the box with no attempt to at factory packaging. I will go back to getting these locally.

Overall Review: I have ordered 3 of these from NE. WARNING: Recertified means open box. The PID numbers are intentionally marked out. It felt like i paid retail for a garage sale item.

Cons: Mouse was all scratched up but not due to NewEgg it was in its own little box.. There are no instructions on how to set up time and date on keyboard. I have pushed every button it has..

Pros: Silent typing, keyboard is good for a small desk

Pros: This is a solid keyboard, unlike many I've used on both sides of the Logitech fence. I purchased this in the new version for myself over a year ago, and it was definitely worth it. I appreciate the fn button as opposed to an F-lock, though some won't like having the application menu button by insert. The keys have a nice, smooth touch, with a hint of letoff. The mouse fits well in my medium sized hand. Battery life on Alkaline has been quite good. The receiver is great, has a desktop extension cable and disconnects for laptops. The keyboard has liquid drainage holes. I use the optical zoom bar, and it adds to the coolness factor. The caps-lock key has a moat around it, which lowers the accidental press rate. Logitech software is great. Almost every key is customizable, unlike my old MS board that had a key (which I would have used) reserved for opening the config utility. I won't buy a keyboard anymore without a calculator button, and this has one. The sleep button is recessed.

Cons: All are minor: the display is pretty useless--it would be better with a ambient light sensor and an activity based backlight. The music and shortcut buttons at the top are fairly small. The Voip buttons don't interface with modern applications well. In my Window 7 computer, the side scroll on the mouse doesn't work. Home/End/Page up-down/delete keys are in a vertically aligned. For normal usage I prefer it that way, but some older games have issues. Some people won't like the wrist rest on the keyboard, but it works Ok for me. Grease (like that on chips) really shows on the rubber parts of the keyboard and mouse, though fingerprints are relegated to the shiny strip down the mouse and the clock surface on the keyboard. Range isn't perfect, but I had no problems using it through a window to about 10' away from the receiver. It does pickup dust fairly badly, but a microfiber does wonders.

Overall Review: I purchased this recertified edition for my Pastor, and he loves it. We're trying to catch another one on the same sale for his wife. There was a little issue with the extension dock. Apparently, the original receiver broke off in the extension cable, so I had to remove the usb tip from the cable with pliers. Not a big deal. There were no batteries included, so I had to scrounge up 6 AAs, but for $30 I wouldn't complain. They had everything packed in a cardboard box instead of the fancy retail packaging, but that was OK by me, since the box was packed well inside the shipping package. Unless you're running a mission critical application (or doing FPS gaming), don't change your batteries as soon as the notification pops up. Wait until the mouse starts rapidly flashing orange, and it's completely dead. I've been known to get an extra month or better on red flashing. The recertified model is a steal. I payed $80 for a new model, and got my money's worth. Oh, and newegg is gre

Pros: quality. I have only used this set for 2 weeks now, but they are best set considering what you pay for.

Cons: First one I got had broken receiver. Newegg sent new unit after RMA, but now I got non-english keyboard. It has "Entree" instead of "Enter" and "VERR MAJ" instead of "CAPSLOCK". This keyboard layout is different from english version making me so confused when I use symbols. Also, a usb receiver that I got does not have rubber cover on the bottom. 2 eggs off for that (not for product quality but Newegg's service". HOWEVER, they still work and are only keyboard and mouse that I have right now, so I decided not to RMA again.

Cons: Dynamic zoom function on left side of keyboard drives me nuts. No option to disable. Constantly zooming in or out of application windows at just the wrong moment. I will trash this keyboard and look for another. Waste of money since it is soooo irritating.

Pros: It's a Logitech Wireless Laser mouse and keyboard at cheap price.

Cons: 1) The keyboard doesn't work on arrival. 2) The mouse I received looks like USED instead of REFURBISHED.

Overall Review: The RMA approval on NewEgg is very quick. I am waiting for the replacement

Pros: Arrived when they said it would

Cons: After being delayed for a week for Christmas it arrived shiny and great looking. Plastic protectors on the keyboard and mouse made it look fancy for a re certify and I was expecting everything to work right. Unfortunately I noticed something wrong from the moment I hit the connect button. Neither the mouse or the keyboard wanted to connect yet both seemed to be independently working (beeping or lights on). Thinking it was an issue with the receiver I moved them closer and got the mouse to work however when the keyboard finally did type something I ended up with a //// instead of a asdf. Newegg does some fine checking of their out of box products.

Overall Review: RMA was quick and easy to get but I'm still annoyed that I must wait another 2 weeks. I'm using a 10 year old keyboard that's sitting around and I get to have the benefit of sitting on the floor in front of my tv to use it for the next few weeks. Great Xmas present Newegg.