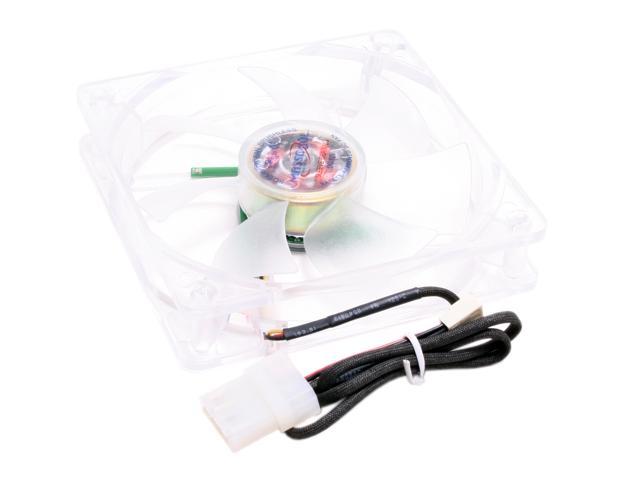 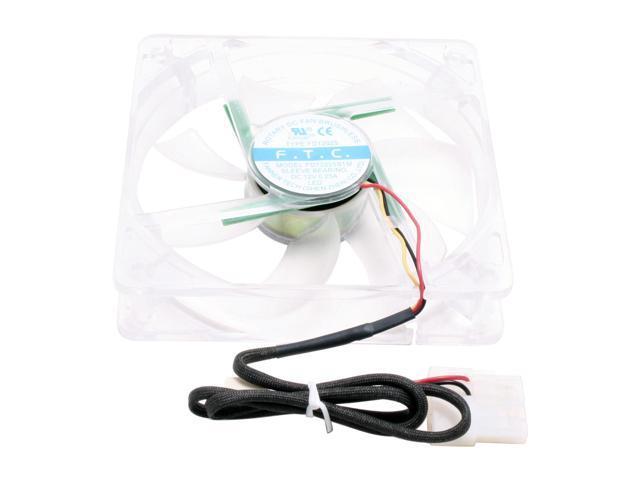 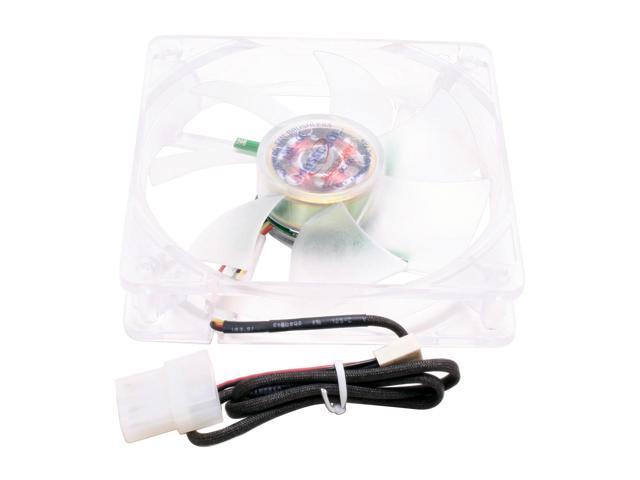 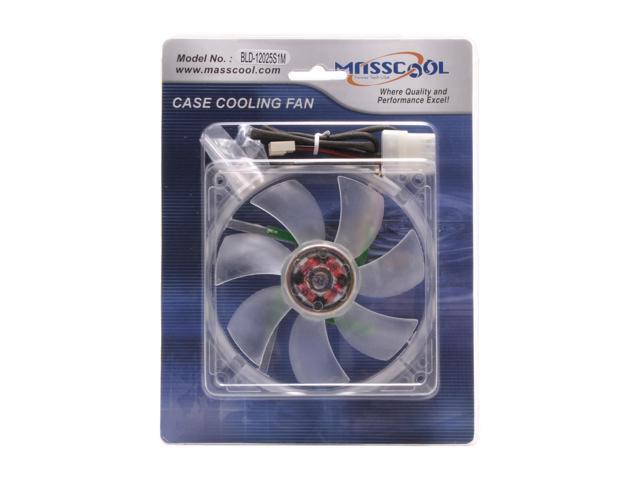 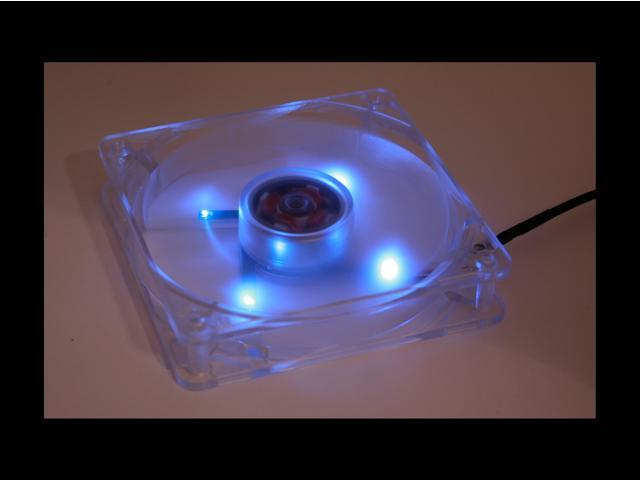 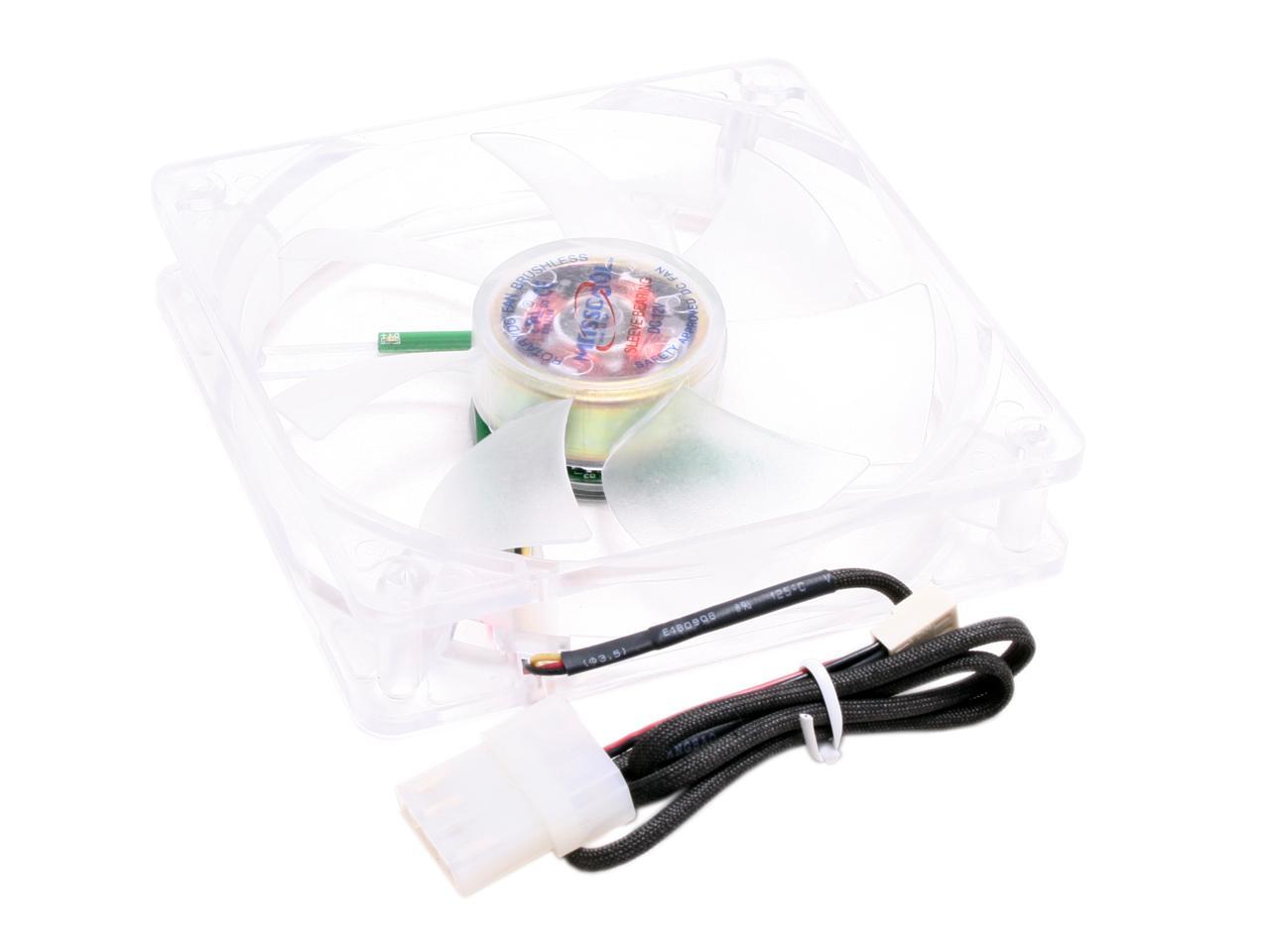 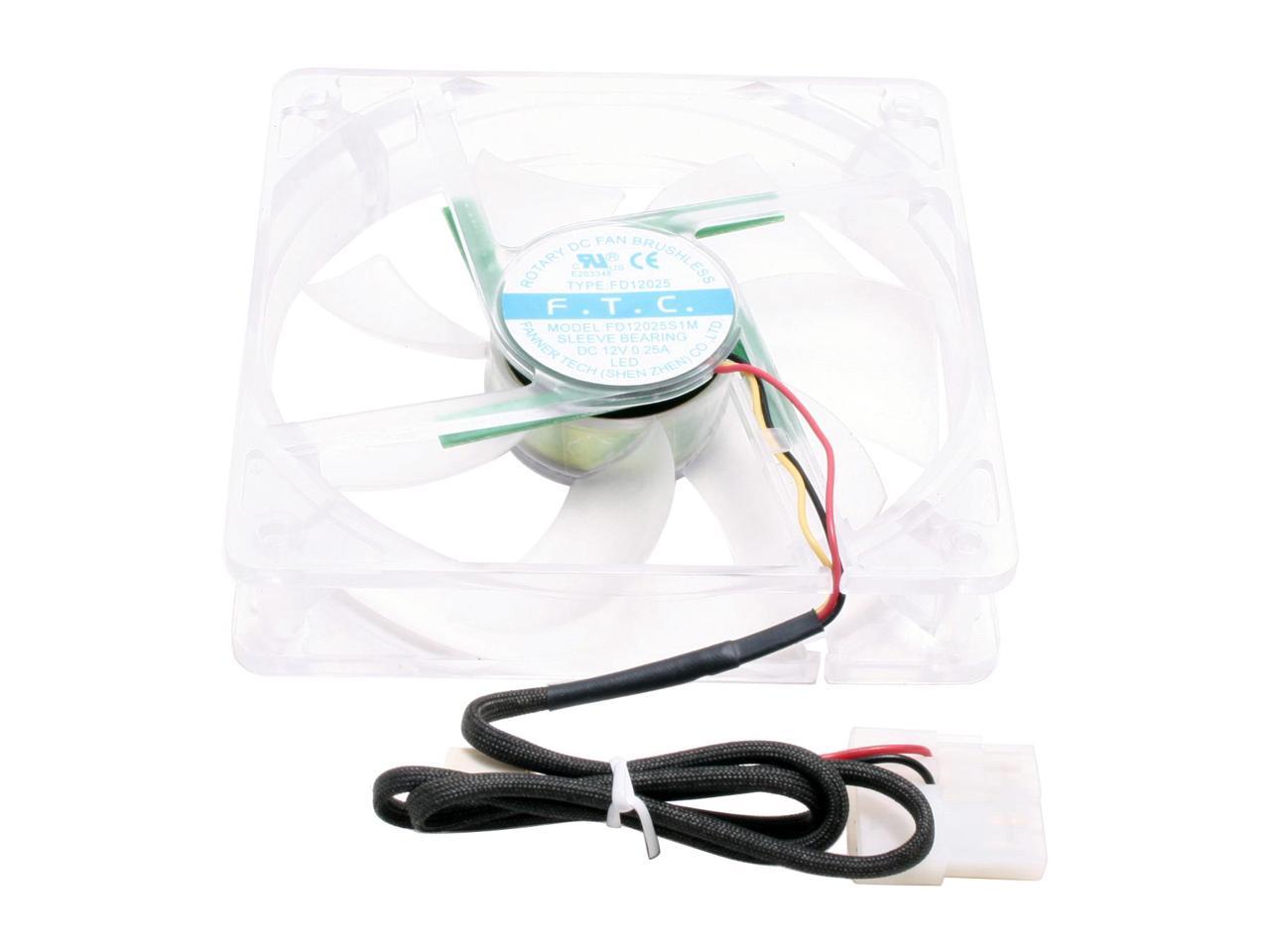 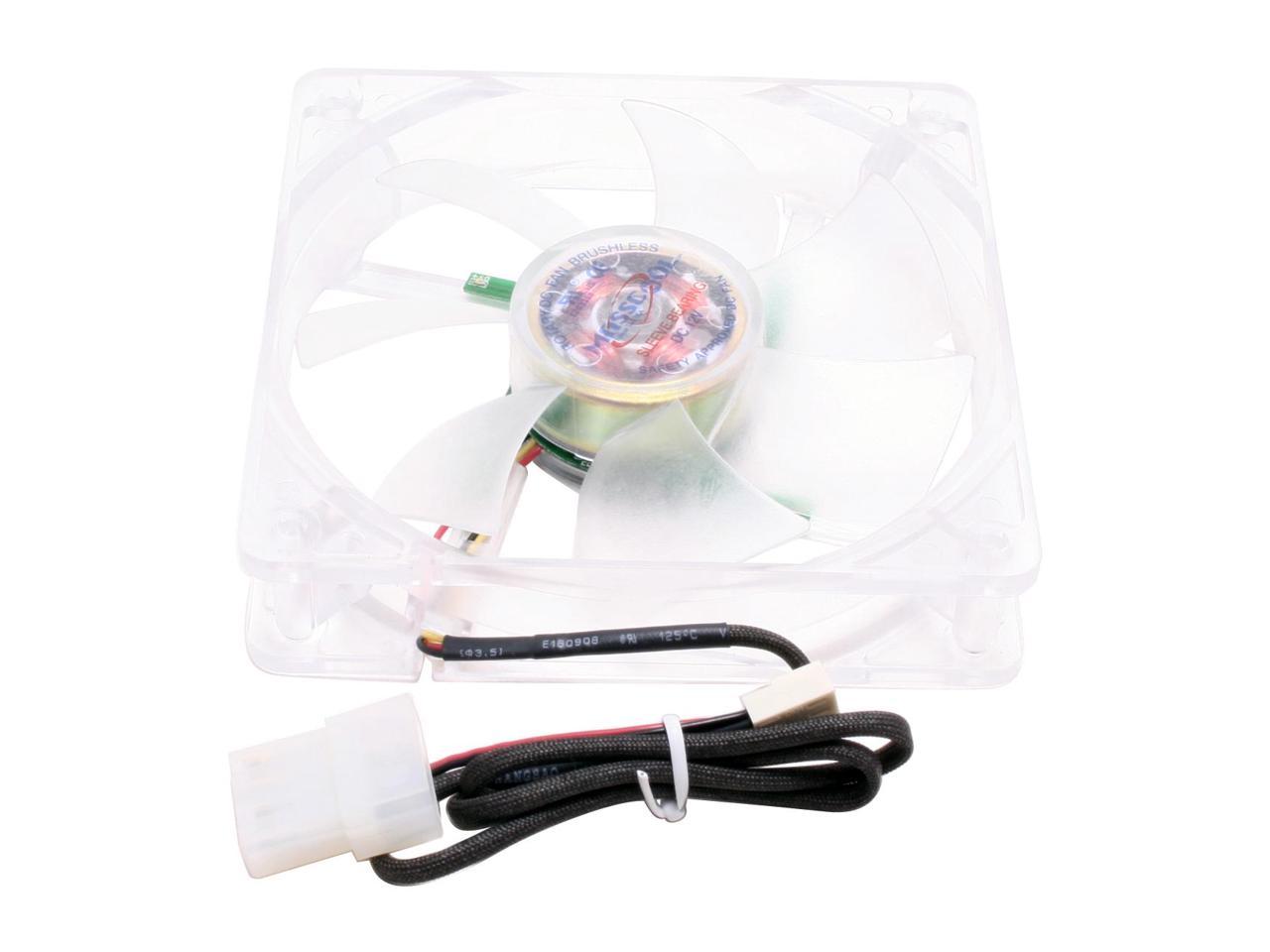 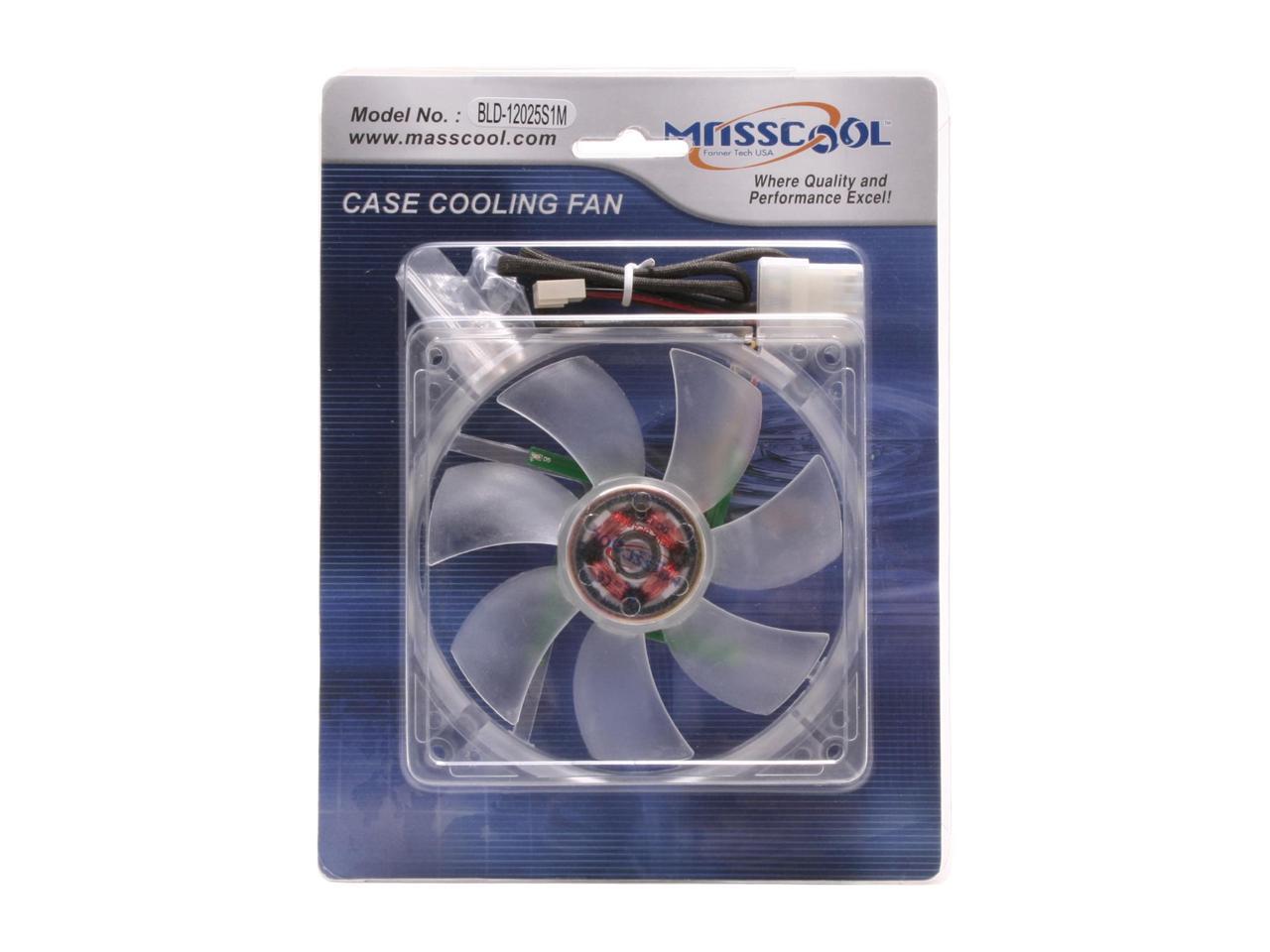 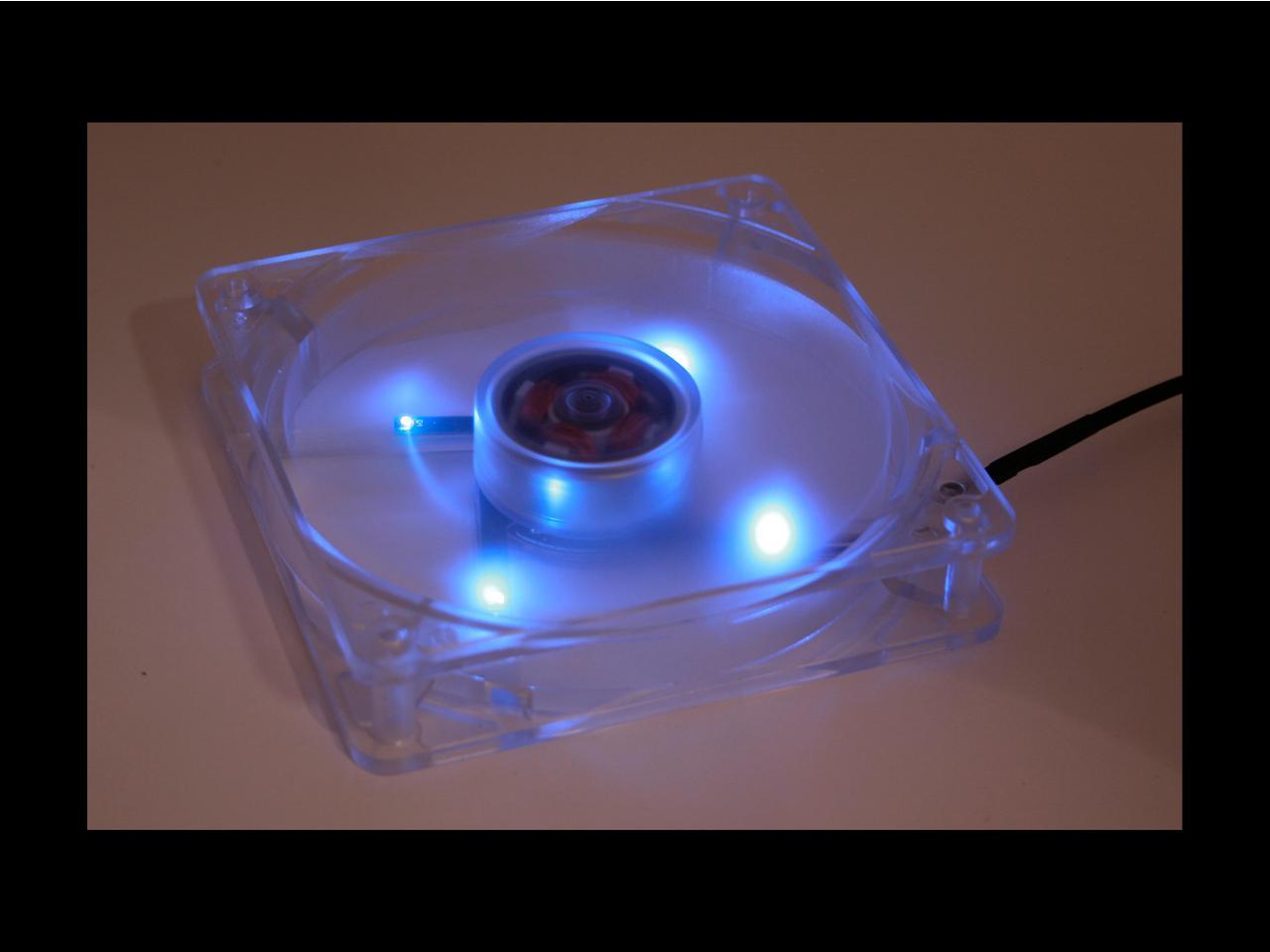 Pros: Ok, so I have bought over 2 dozen of these fans. I use them to replace the stock LED fans that come with the Antec 900 and to put in the Antec 300 cases (300's don't come with fans). These fans are GREAT. They have a nice deep blue glow, they are transparent so the LEDs shine through them and also they react to UV lighting in the case, they come with a 3-pin AND 4-pin connector, and include the yellow RPM wire for use with fan speed readouts. These have been running in DOZENS on my customer's computers, including 2 of my own personal machines, for well over a year in all cases and not 1 has died (including ones in high-dust and animal hair environments).

Cons: A bit load @ FULL SPEED (fans top out @ 2220 RPM), but this is controllable with a fan controller or line-speed controllers. Others complaining about how loud they are are obviously just plugging them directly into a power source, where they run @ 2220 RPM 24/7/365. No wonder they are loud and burn out quickly! If you are not knowledgeable enough about fans and their speed to noise ratios, and don't use a fan controller, you shouldn't give bad ratings for fans that are too loud!

Overall Review: These fans move a LOT of air because they run at such a high RPM (Note: My Zalman CPU cooler tops out @ 2700RPM, that is an expensive copper/CPU heatsink fan combo. These Mass cool's top out @ only 480RPM lower than that...impressive!) I have 4 of these hooked up in my main machine (Antec 900 case, Athlon XP 6400+, 4Gig DDR800, GeForce 8800GT), hooked up to a Scythe KM01-BK "KAZE MASTER" 5.25" Bay Fan Controller (available here on newegg, best fan controller out there). When I turn all these up, YES IT IS KIND OF LOUD, but not that bad. But the thing is, it lowers my overall system temp under load from around 31 degrees Celsius to back down around 25-27 Celsius (normal system idle temp is around 23 degrees Celsius for the cases ambient temperature). I keep these fans betwee 1500-1600RPM when I am not gaming and they are QUIET. When gaming, I crank them to 2000-2220 RPM (max) using the fan controller. DON'T BE A NOOB, GET A FAN CONTROLLER! Hope my review shed some light on these f

Overall Review: I bought this to replace a rear fan that barely moved air.This fan was a huge improvement.It would be better if i could see what RPM this fan runs at but im satisfied

Pros: These things move a whole lot of air. They aren't whisper-quiet, but unless you need library-type silence they are easily ignored as white noise; any high-quality video card will have a fan that drowns these out pretty easily. Blue color of LEDs is pleasant.

Cons: The screws they came with made these hard to install, the threads need to cut into the plastic to hold it in place. Not a big deal, it just seems like there should be an easier way.

Pros: It has blue leds, my mobo recognizes the fan's speed/heat ratio and adjusts accordingly. Can't really distinguish it over my other case fans.

Cons: Could always have more airflow.

Cons: On The Product Specs Page it says 79.8CFM but when i received the product on the back of the package it said 64.6CFM, not sure what happened there but i wasn't happy about paying more for more CFM and i get something that says one thing and i receive another!!! False Advertisement (Not sure on who's part) but not happy about it! Cables Are Not Sleeved

Overall Review: Only Purchased this Fan for Price and because they had the highest CFM(not true)!

Pros: 120mm fans are big, I've only used 80-90mm fans in previous builds but got a case that needed 120mm, these things are big and that means they move more air at lower RPM's. However, this thing knows nothing of low RPM's as it screams along at nearly 2000 RPM according to SpeedFan. It has the yellow sensor wire so you can measure RPM provided your motherboard supports this. At this speed, it moves massive air, but I run it lower to quiet it down and it still moves a lot more air than an 80mm would. The blue LED's are probably the main reason I got this because it makes the front of my black case have a cool blue glow.

Cons: Sadly the fan I received had one broken/burned out LED but Newegg's awesome customer support is sending a new one so I'm not taking off for this. The LED flickered when I turned it on for the first time and then went out and hasn't come back on since. I measured the voltage at the dead LED to be around 1.6V. These things are also LOUD!!!!!! When I said it screams, it screams, it overpowers even my whiny old hard drive in loudness. Luckily I have SpeedFan to control it, but it doesn't get quiet until you drop it below 10 percent speed (I have it running at 5% and it still moves a good amount of air without screaming). At 5% it runs around 800-900RPM on my motherboard.

Overall Review: If you want to measure fan speed, make sure you have it plugged into a fan port (3 pin) that can measure speed. I have 3 fan ports on my board but only 2 of them are showing readings or adjusting speed, so I plugged my rear fan into the 3rd port so I could control this fan (my front fan) with the rear fan port (since it has speed and RPM control).

Pros: They move tons of air like everyone has said, and they are bright..but what got my attention the most...THEY ARE SLEEVED!!..they go great with a black sleeved setup

Overall Review: i wished they made these fans in orange...i would buy a load of them and make university of tennessee computer mods..i love the sleeving..i know i can do it myself, but they done such a great job...

Pros: Well worth every penny. It does what its supposed to do. This fan pulls a ton of hot air out of my case, and of course, moves a ton of fresh air in!

Cons: It's kind of loud, and I dont really care. I have three and thats the price you pay for prolonging the life of your computer.

Overall Review: Upgraded to these from my Gigabyte 3D Mars fans. The difference is night and day. It's a large case so it requires a lot of cool air to keep the mobo in the 30-40C range.