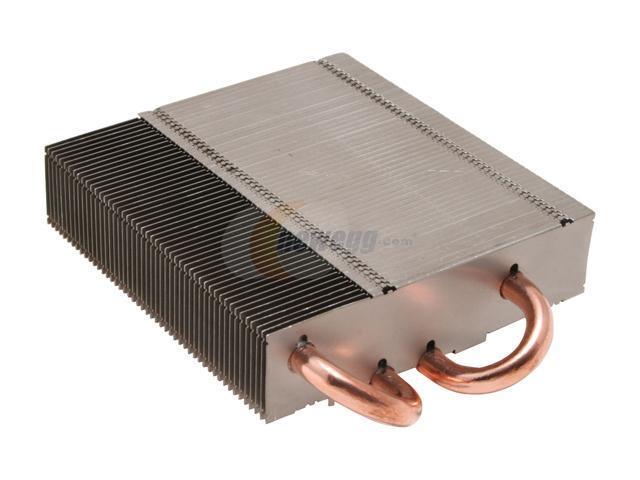 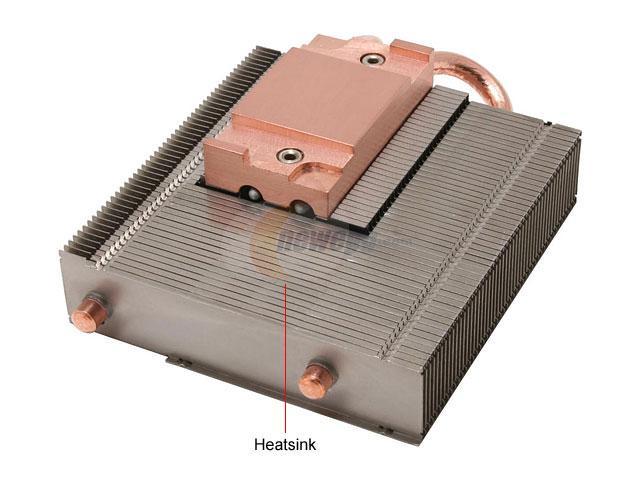 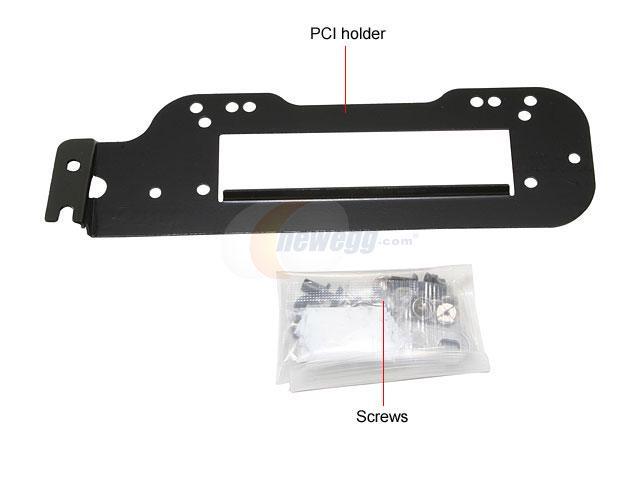 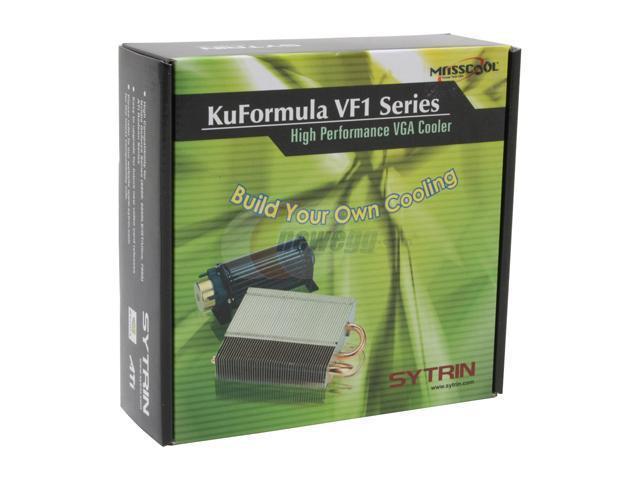 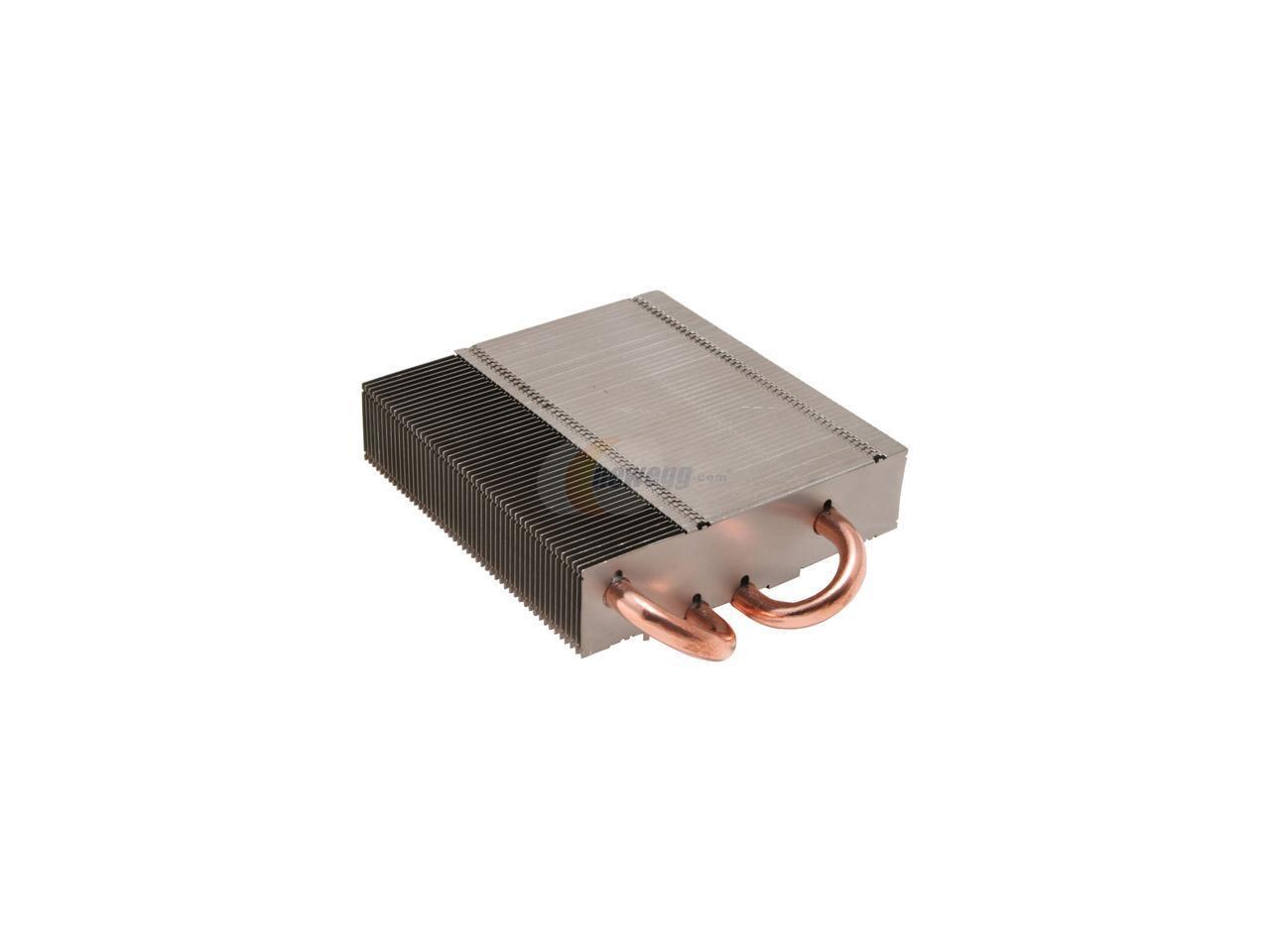 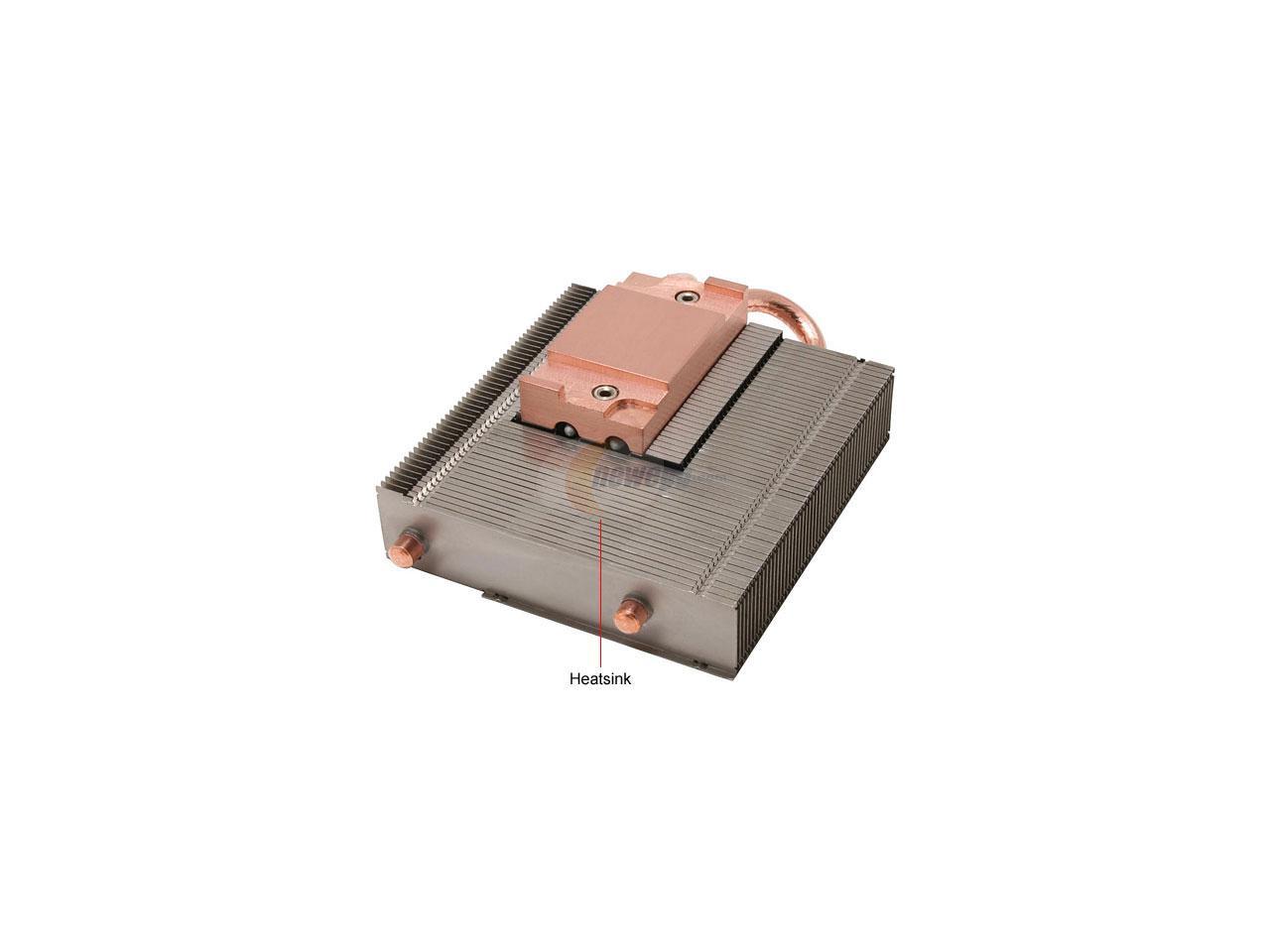 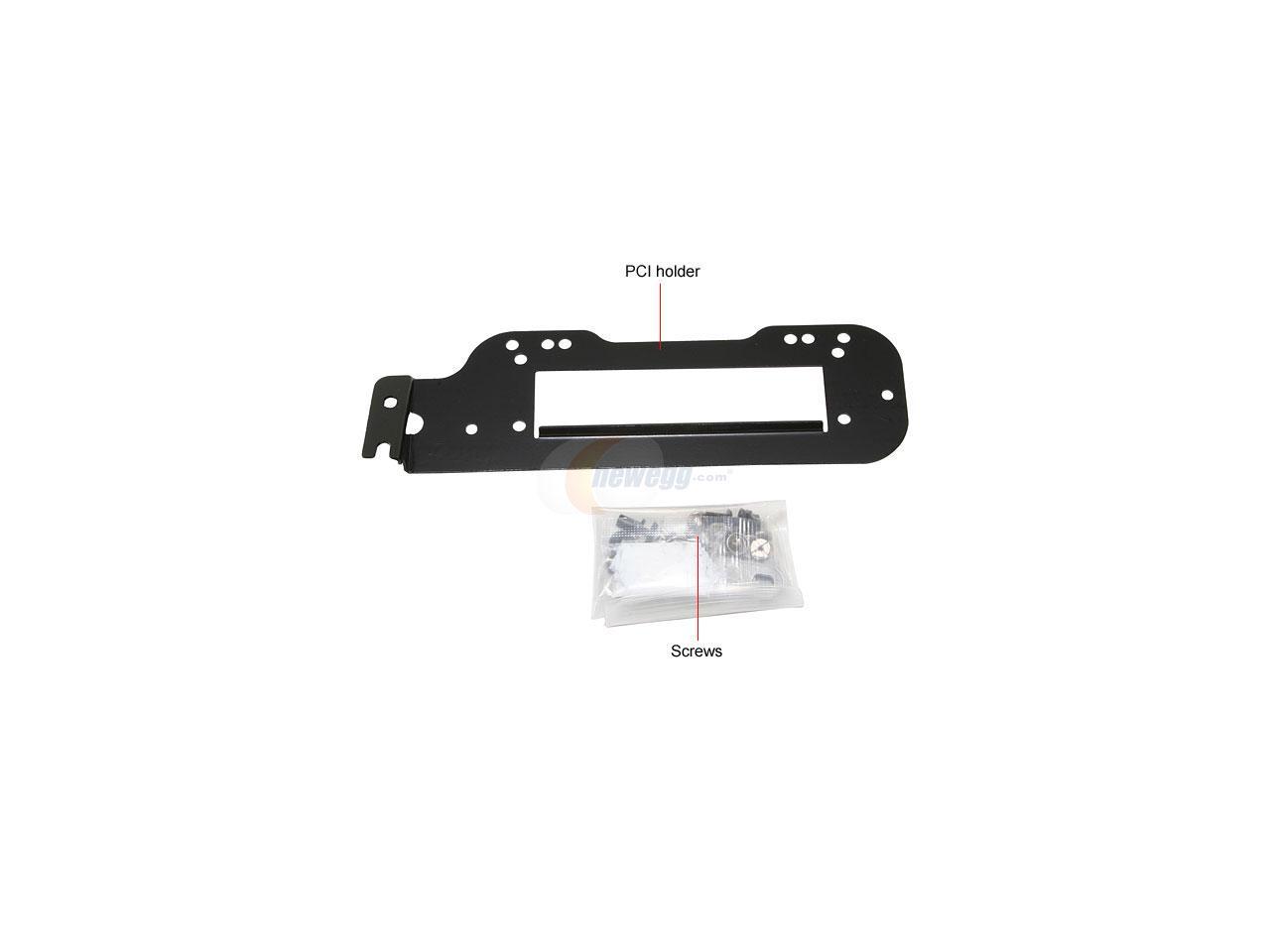 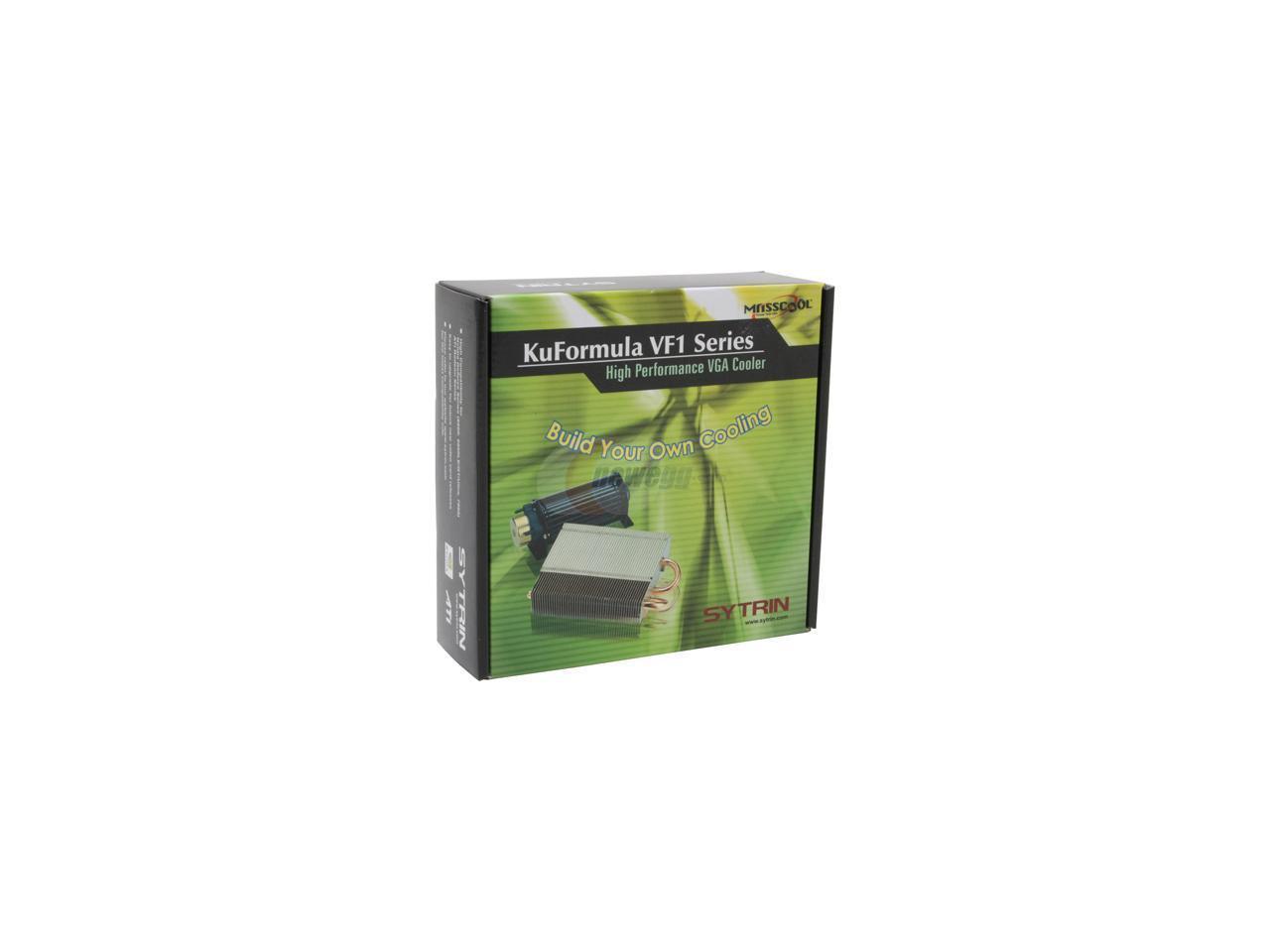 Learn more about the MASSCOOL VF1

Cons: Compatibility doesn't fit all the cards. You need to spend a lot of time customizing this (thermal adhesive if it doesn't fit, extra fans, etc.). If you don't have the time to spend to fully customize this to your needs, then buy the Zalman coolers. They come with pretty much everything you need.

Overall Review: This product ISN'T labeled as silent cooling even though it doesn't come with a fan. The whole idea of buying this product without a fan is because YOU will need to spend the time to buy one and attach on this heatsink. If you want it to come with a fan, there are other products exactly the same as this one and it comes with a fan. I don't know why the other people are even running games without a fan on this heatsink.

Cons: Masscool apparently isn't interested in selling these, as they haven't updated the card list to reflect more current cards that can take these heatsinks.

Overall Review: I suspect this will fit a wide range of current low end cards without issue. Definitely worth the 15 it cost me.

Pros: This item does attach to the 9800 gt EE (energy efficient ). Fits firmly with no problems.

Cons: The worst part of this item is that it is very bulky, so if your doing SLI or anything like that it may not work out for you. Also because it is a liquid passive cooler you MUST have some kind of fan action to move the heat away from the sink. Once you order this product they show there is a similar version that includes a fan however this is not product.

Overall Review: Very good heat sink, just make sure you have good fan in your case to move air around the card to prevent lock ups.

Cons: 2-bolt cooler connector is not great - it doesn't hold the cooler firmly, and it flexes even after fastening. No ram coolers in the kit.

Overall Review: I paired this up with a Thermaltake slot fan (http://www.newegg.com/Product/Product.aspx?Item=N82E16835106083) which is next to this unit carrying away waste heat. By creating positive pressure in the case with intake fans, this becomes my heat evac point, out the back of the case. Very convenient.

Overall Review: I installed the heat pipe onto my NVIDIA 6600GT board. In 2D mode, it ran about 30 degrees hotter (but within spec, according to the NVIDIA software temperature sensor) than with the original fan. When I put it into 3D mode for a gaming, the temperature RAPIDLY rose. I monitored it to about 103C (which was just into the yellow zone) at which point I shut the thing down. The manufacturer sells a small fan for it, but I just ended up getting a Zalman low speed copper cooler. The heat pipe itself DOES seem to a good job, but installed in a tower, the cooling fins sit perpendicular to the direction of passive air flow - hence the need for a fan for 3D applications.

Pros: Seems like it would fit a large range of cards. It assembles well.

Cons: Doesn't mount to the card securely. The black plastic spacers that go on the backside of the card are too short and the screws bottomed out before the card was secure.

Overall Review: To fix the problem of the short spacers I cut a tiny bit off of the black plastic rivets and used those as spacers. Unfortunately I can't seem to get a temperature off this card (nVidia GeForce FX 5300) it may be too old. So I can't get a temp comparison. The heatsink was hotter than "warm" to the touch so it's either working well by drawing the heat away from the GPU or it's not doing a good job. Who knows.

Pros: I purchased a LeadTek nVidia 7600GT AGP card for my old, over-clocked Prescott system. I didn't like the flimsy aluminum cooler and whiny fan, and hoped to install my existing heatpipe cooler on the card. But no cigar. Also -- no cigar for another high-end heatpipe cooler cooler that fits the PCI_E version of my card. Compatibility lists for the Sytrin looked promising, so I bought it at Newegg. I installed it without a fan, and idle temperatures dropped from those of the stock cooler (with fan) by about 3C degrees. Running at load [for instance the S&M VGA heating component of PSU benchmark test], I can't seem to get the card hotter than 55C at ambient 75F. nVidia's web-site suggests that the 7600GT operates safely at 85C, so I'm taking my time about getting a fan on that puppy. There are retention clips for a variety of vid-cards, and the retention mechanism on this cooler is very solid.

Cons: The LeadTek nVidia 7600GT has two mounting holes that are 78mm apart. Sytrin includes brackets that fit this distance, but you can't make it fit this particular card as the manufacturer intended -- thus impossible to mount a barrel fan on it, and difficult for other fans. But this is the difficulty with my particular vid-card. The Sytrin is rather ugly, takes up all the space over the adjacent PCI slot. The cooler's fins sit less than an eighth of an inch from solder-pins on my tuner-capture card -- so caution is advised.

Overall Review: The cooler's fins only admit air through either of two opposite ends of the cooler and across the heatpipes. It was apparently designed so that the fins are closed and locked together for rigidity on the remaining sides. It would be easier to mount a fan in various ways if the fins weren't closed on the top side of the cooler. In addition to manufacturer's intention that this restricted design complements the optional barrel-fan, I am quite sure that this drawback may actually be a plus if users want to implement an air-duct for quick exhaust to case-rear using foam-board or Lexan, but few people want to take the time with such a project. With most vid-cards shown to be compatible, users won't experience these issues. For those who do, it may require user to trim a corner or two of the cooler's fins to avoid contact with case or components.