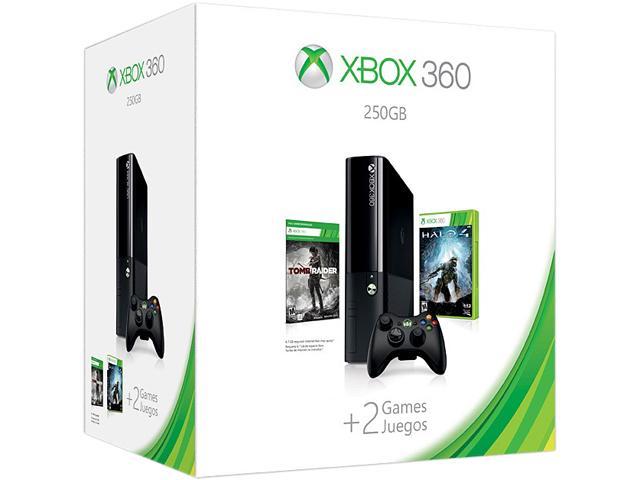 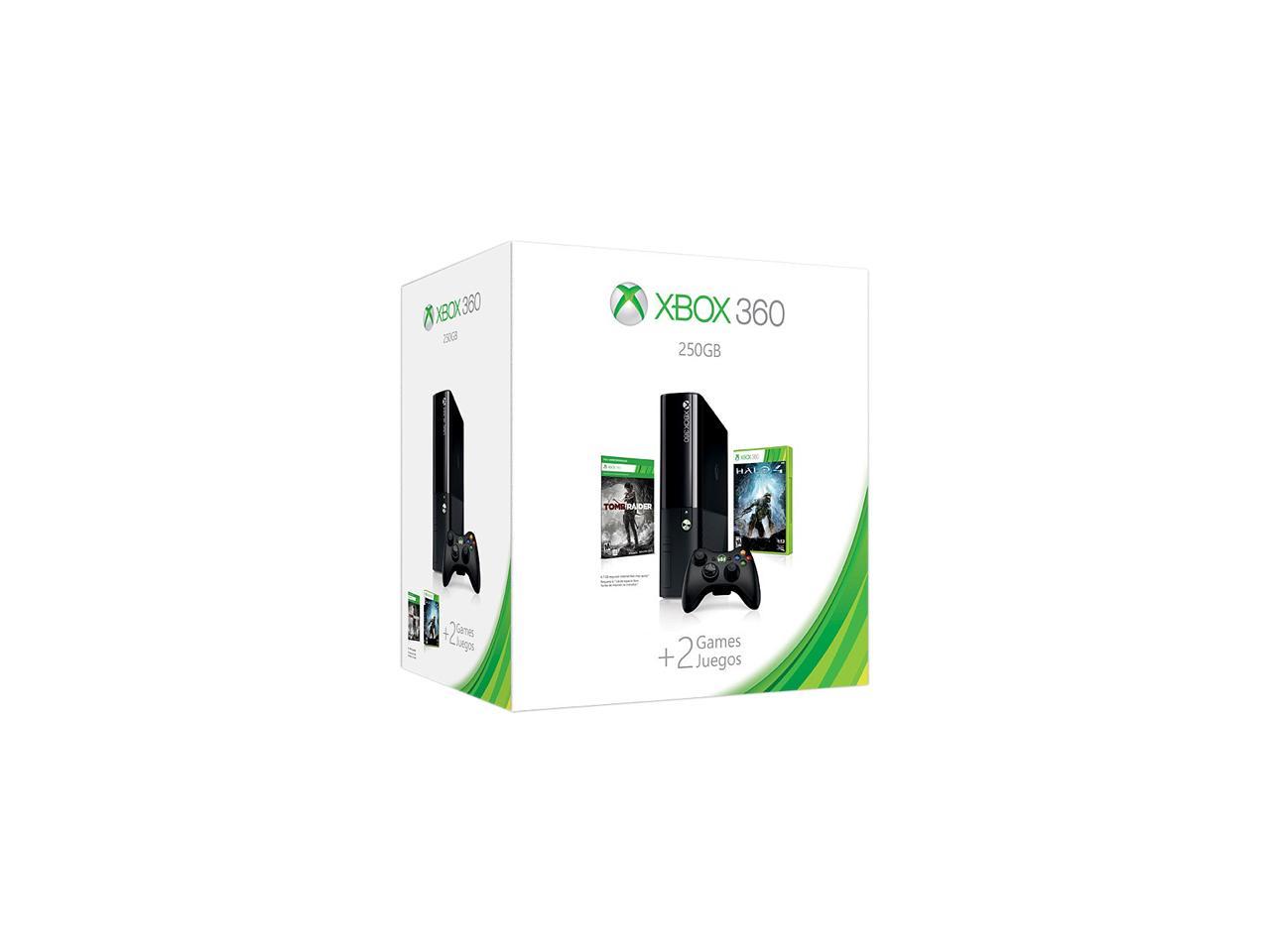 The Xbox 360 250GB Value Bundle features two great games, Halo 4 and Tomb Raider, along with one month of Xbox Live Gold for a limited time. Wi-Fi is built-in for easier connection to the world of entertainment on Xbox Live, where HD movies and TV stream in an instant. Xbox 360 is more games, entertainment and fun.
What You Get

The Center of Attention

Xbox 360 brings you a total games and entertainment experience. The largest library of games, including titles that get you right into the thick of it with Kinect. Plus, your whole family can watch HD movies, TV shows, live events, music, sports and more—across all your devices. Xbox 360 is the center of your games and entertainment universe.

Discover a variety of the best games to suit everyone. Plus, with Kinect and your controller, there are no limits to the ways you can play. Movies & TV that Move with You

Find all the movies and TV you love and control with tablet/smartphone or take it with you on the go.

Enjoy the music you love on your TV, tablet or smartphone. 5 From music videos to artist-based radio - your music, your way. Your Home for Sports

Xbox brings your favorite sports together, and gives you exclusive features that transform an ordinary game into an extraordinary experience. The Future of Fitness Bring the Web to Life on Your TV

Explore the web on your TV with Internet Explorer for Xbox. Use your voice to browse your favorite sites with ease. Even use Xbox SmartGlass on your phone or tablet to control your experience.

Get Up, Get Into It

Xbox 360 gives you more ways to get into what you love. Jump into the middle of the action, or control TV, movies and more with your voice. Or simply dive deeper into all your entertainment. It's Better with Kinect

With Kinect for Xbox 360, you are the controller. There's nothing to hold and you can get your whole body in the game. Plus, Kinect lets you control HD movies, TV and sports with your voice. It's More Engaging with SmartGlass

Xbox SmartGlass lets you use your phone or tablet as a second screen with your Xbox 360 for an enhanced entertainment experience. With SmartGlass, your devices work together to show rich interactive activities and new content related to what you're watching or playing on TV at the moment.

Pros: when i ordered it it got shipped out fast and came within 3 days.I had the older style xbox for 5 years and this new one was so much better super quite.the cord on the back isn't as bulky anymore and like it is just solid black. I also like it came with 2 free games as well

Cons: since the xbox 1 came out i figured it would have gone down in price some, but i got it for $230 and that was lower then alot of other stores anyways

Overall Review: We have had nothing but problems our w/Xbox's we have owned. Thinking of going back to PlayStation.

Cons: for me the controller that came with it disconnects even with a new set of batteries and im 5-6 feet in front of the xbox

Pros: Packaged with 2 games. One of the games has to be downloaded from xbox live.

Cons: You need to be able to connect to the internet or a wireless device to download one of the games that comes with the unit. If you are going to offer a down load game why not have the option of choosing your own game as part of the bundle?

Cons: power brick AND SHIPPING, i choose 2 day. it took five days because UPS messed up.

Overall Review: Have not turn it on yet, as still waiting for TV shipment. Found scratches on the console at first sight which is very disappointing and not expected out of Newegg at all.

Pros: Fast shipping, includes 2 games. Giving this as a gift so the unit has not been removed from the box as of yet.

1 out of 5 people found this review helpful. Did you?