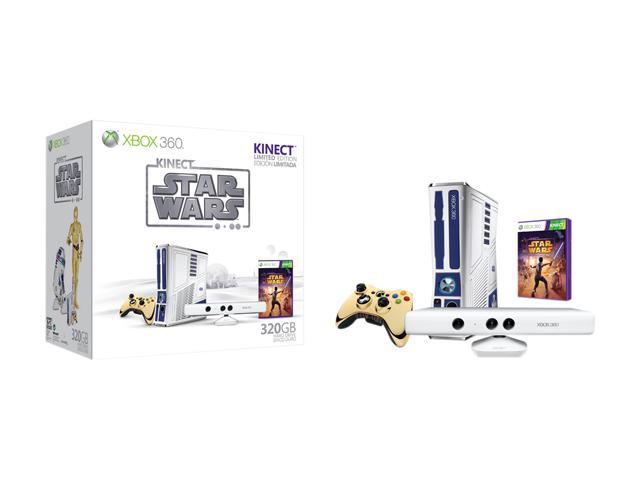 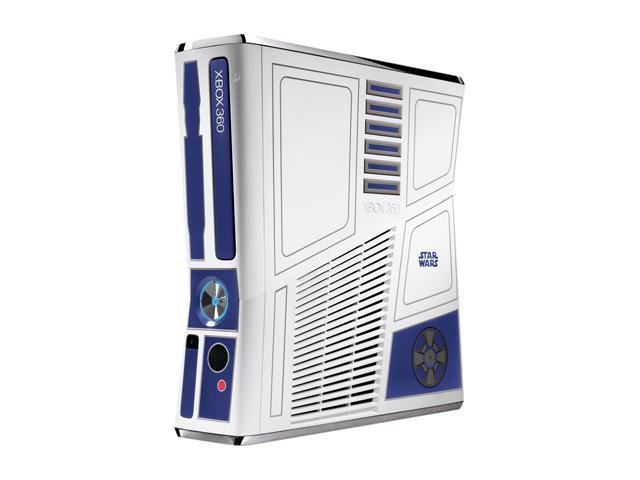 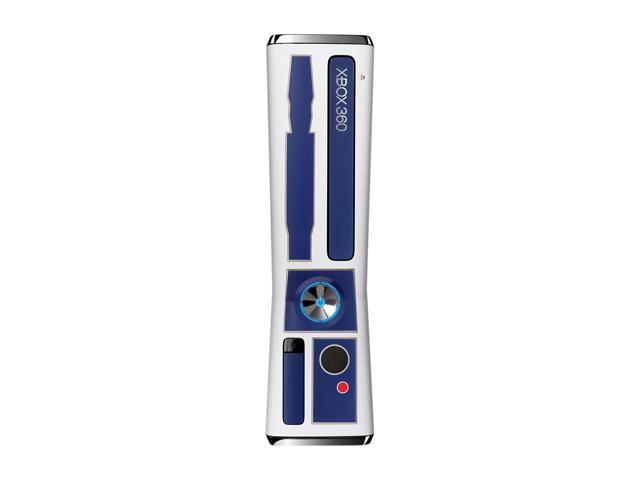 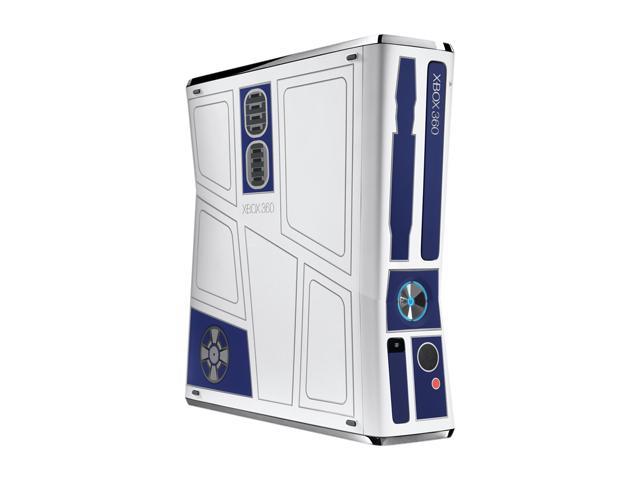 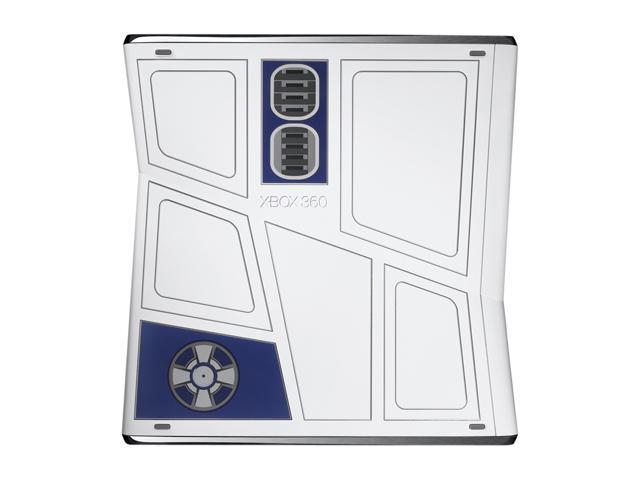 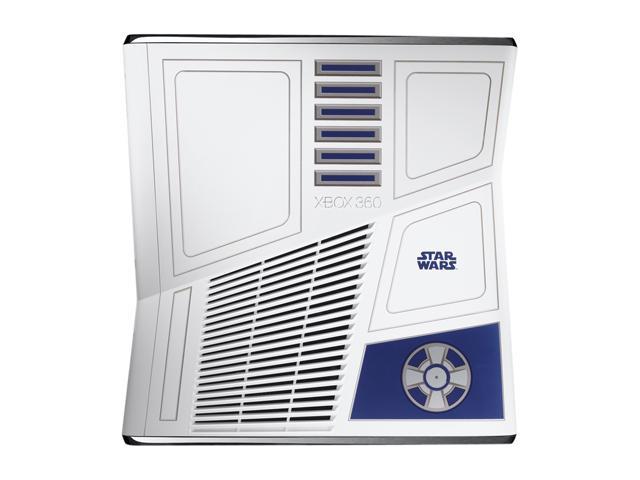 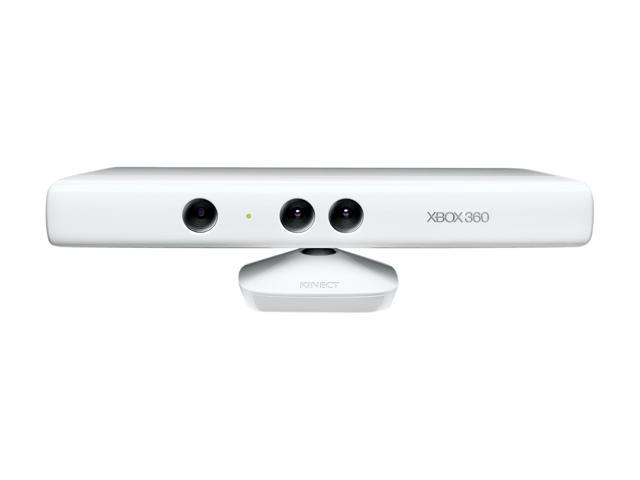 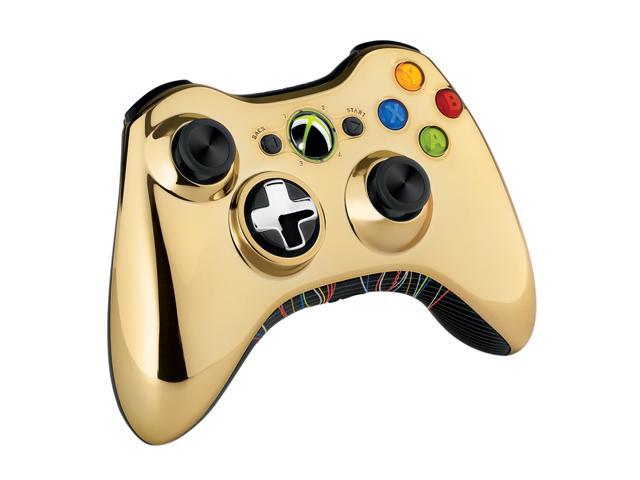 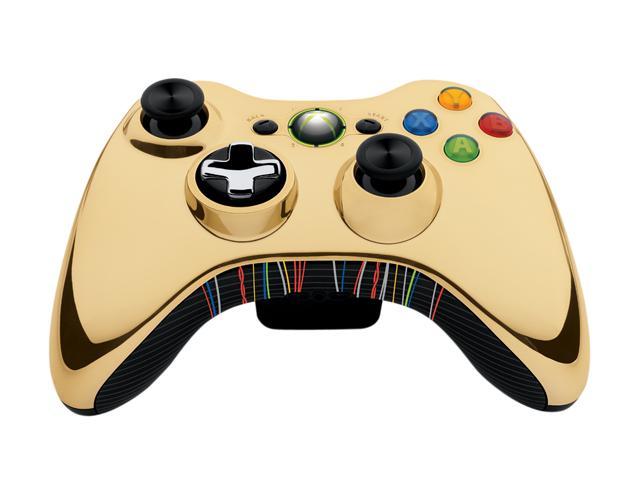 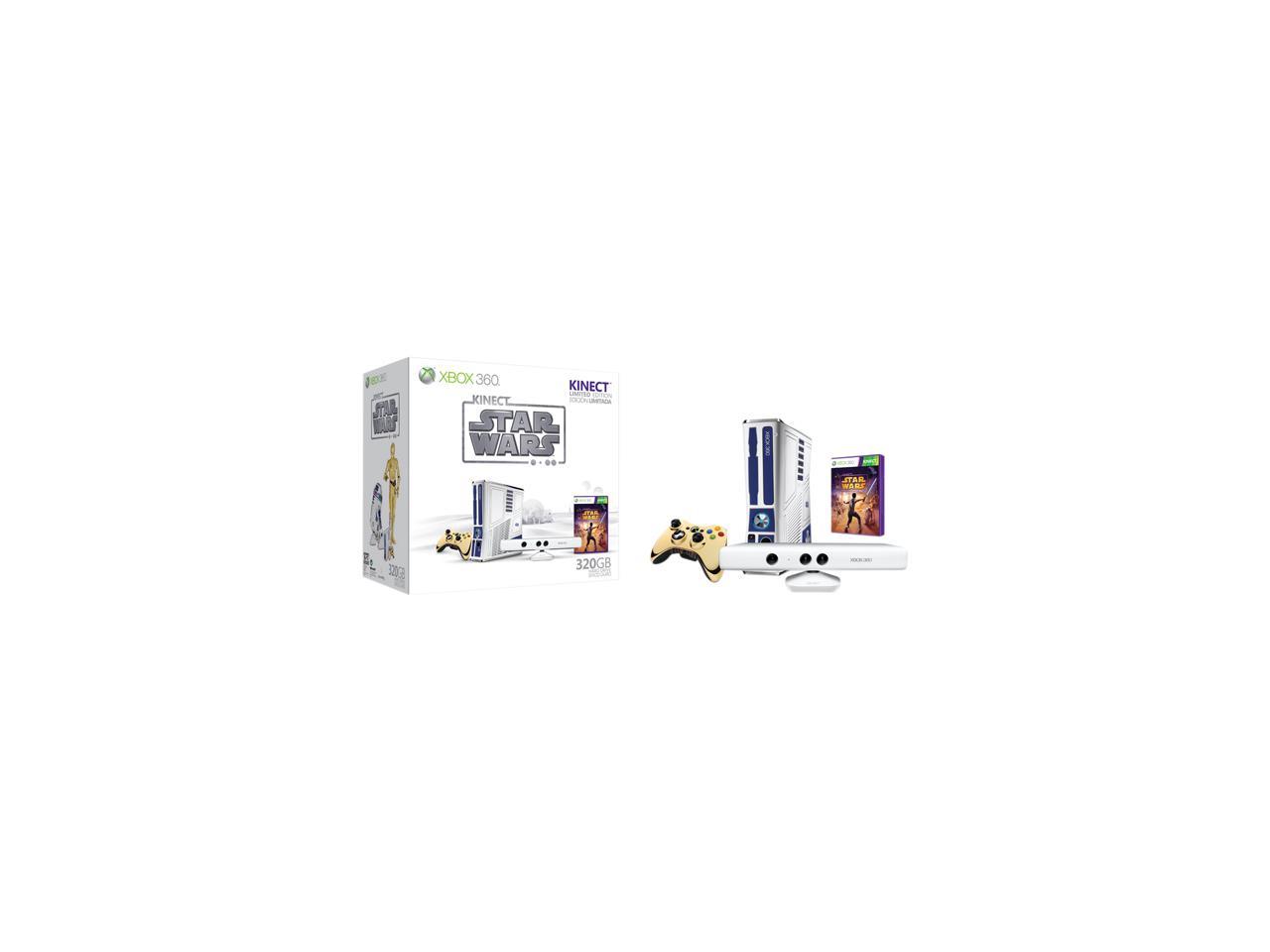 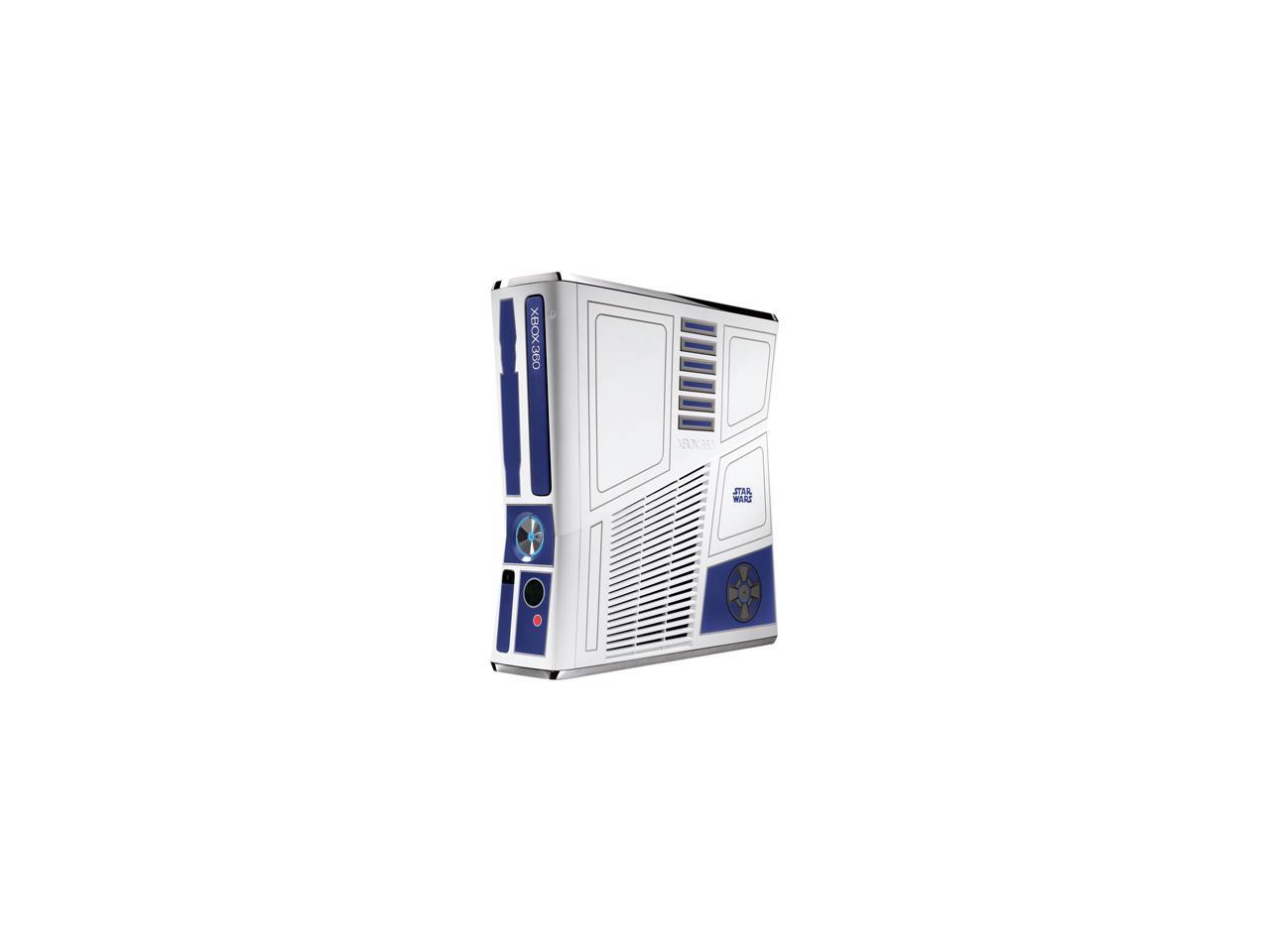 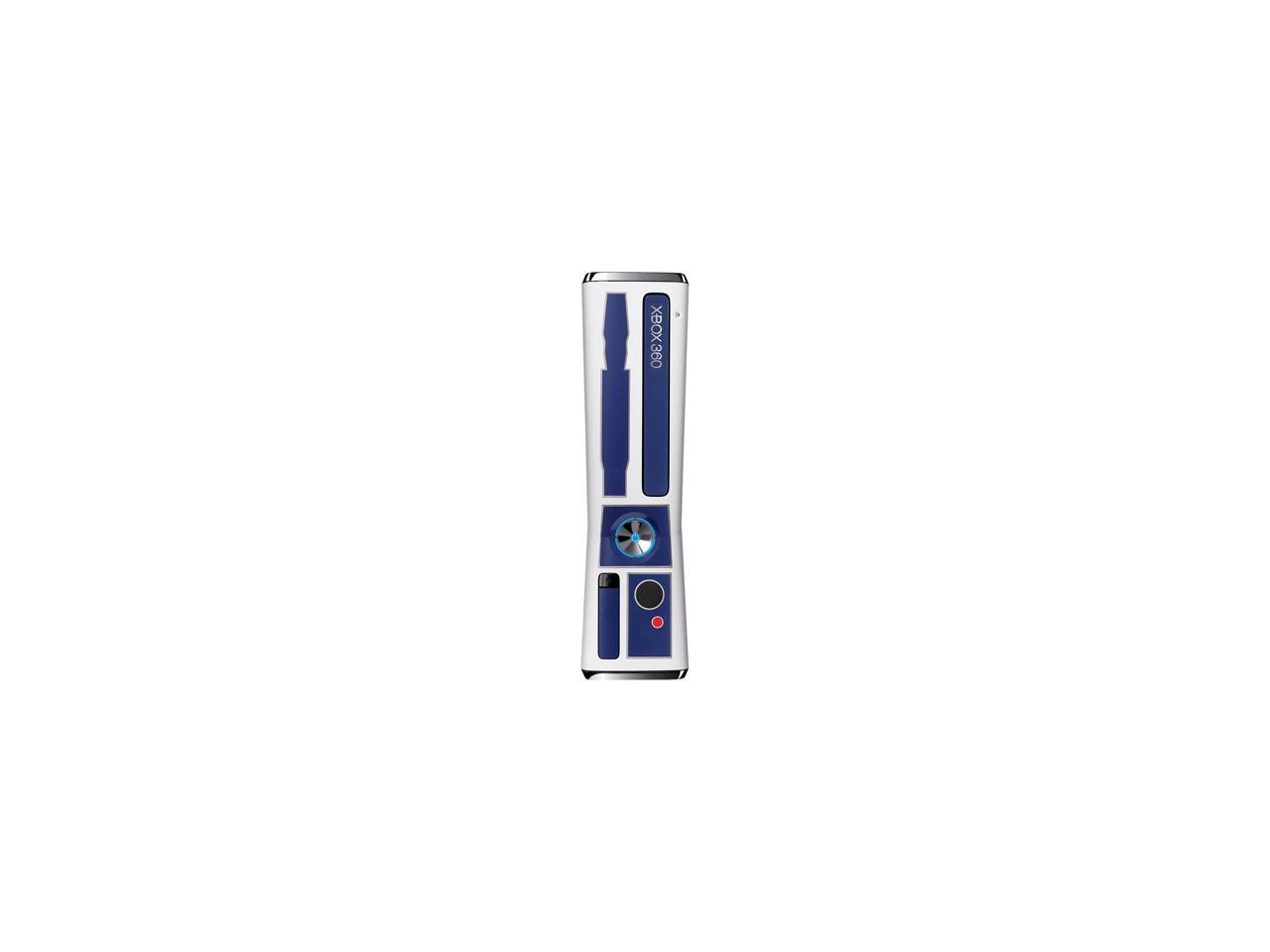 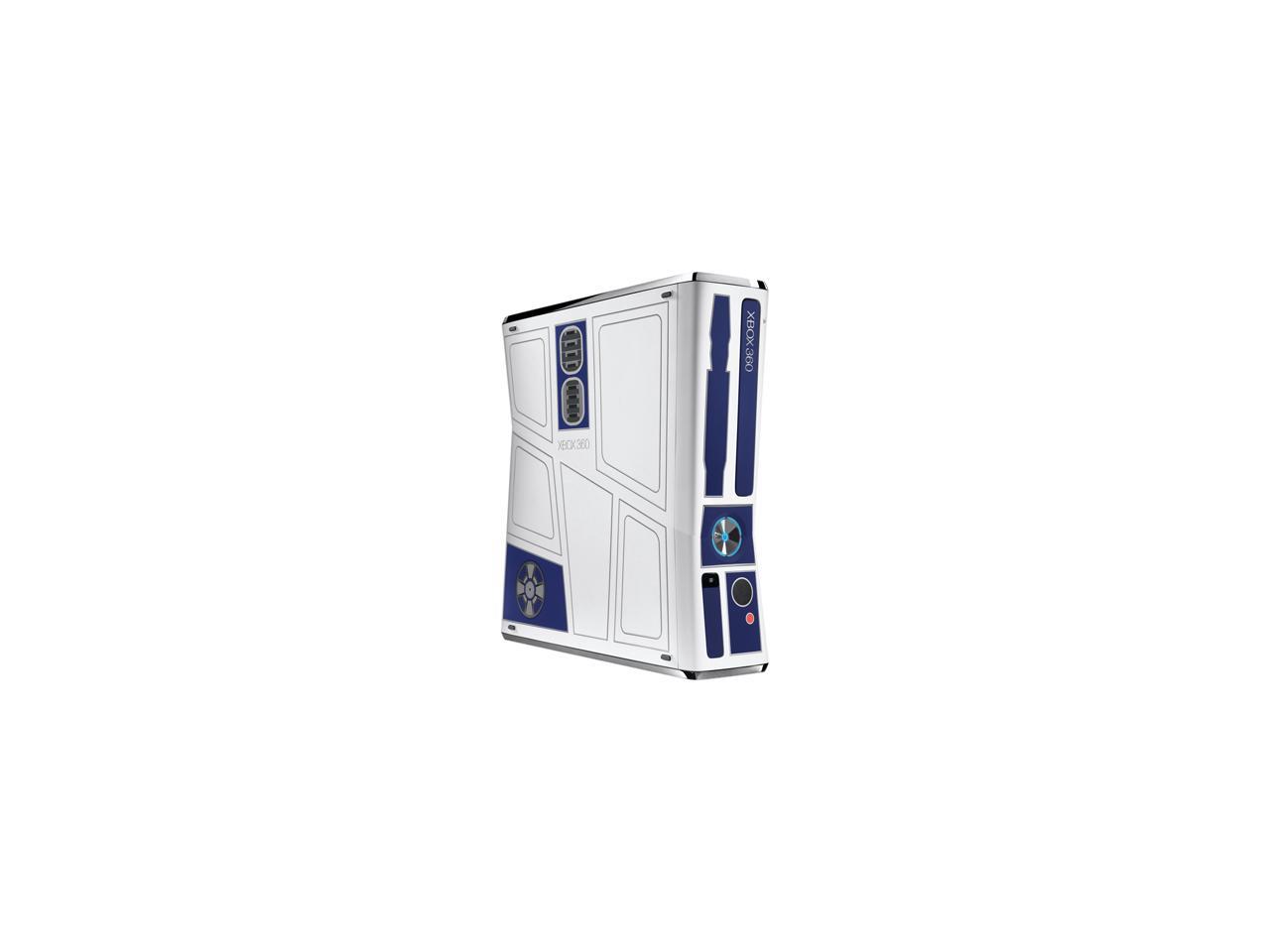 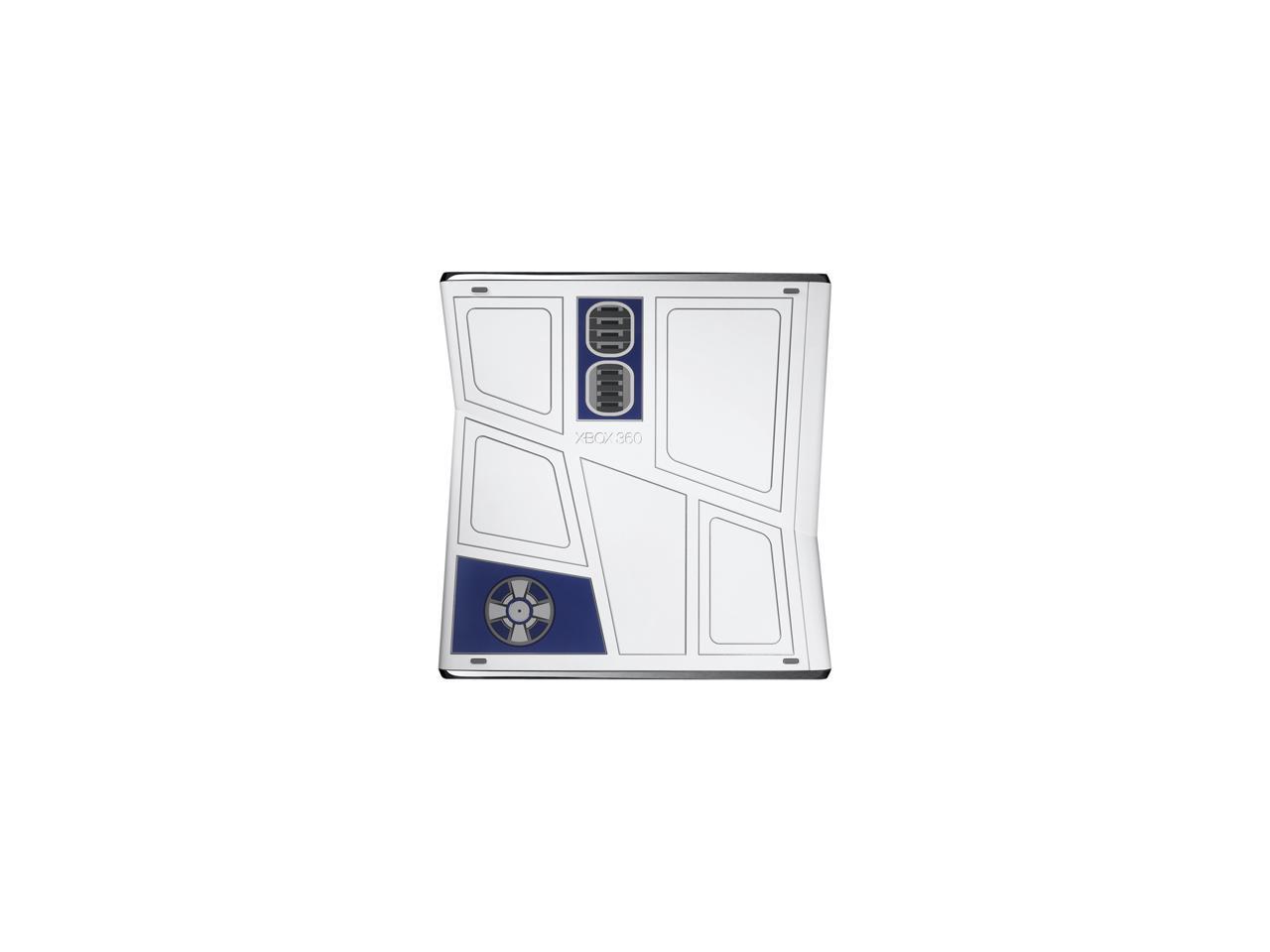 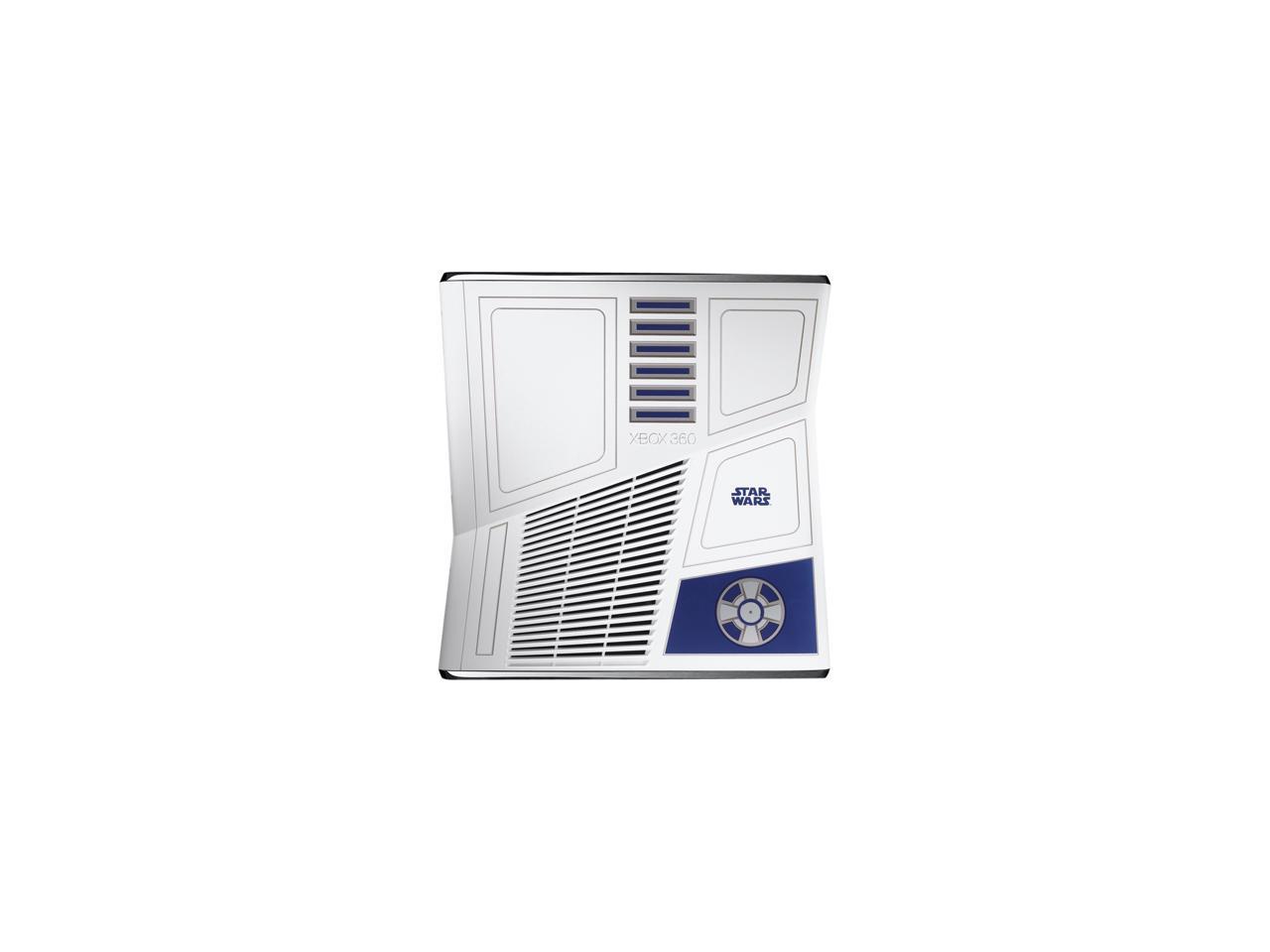 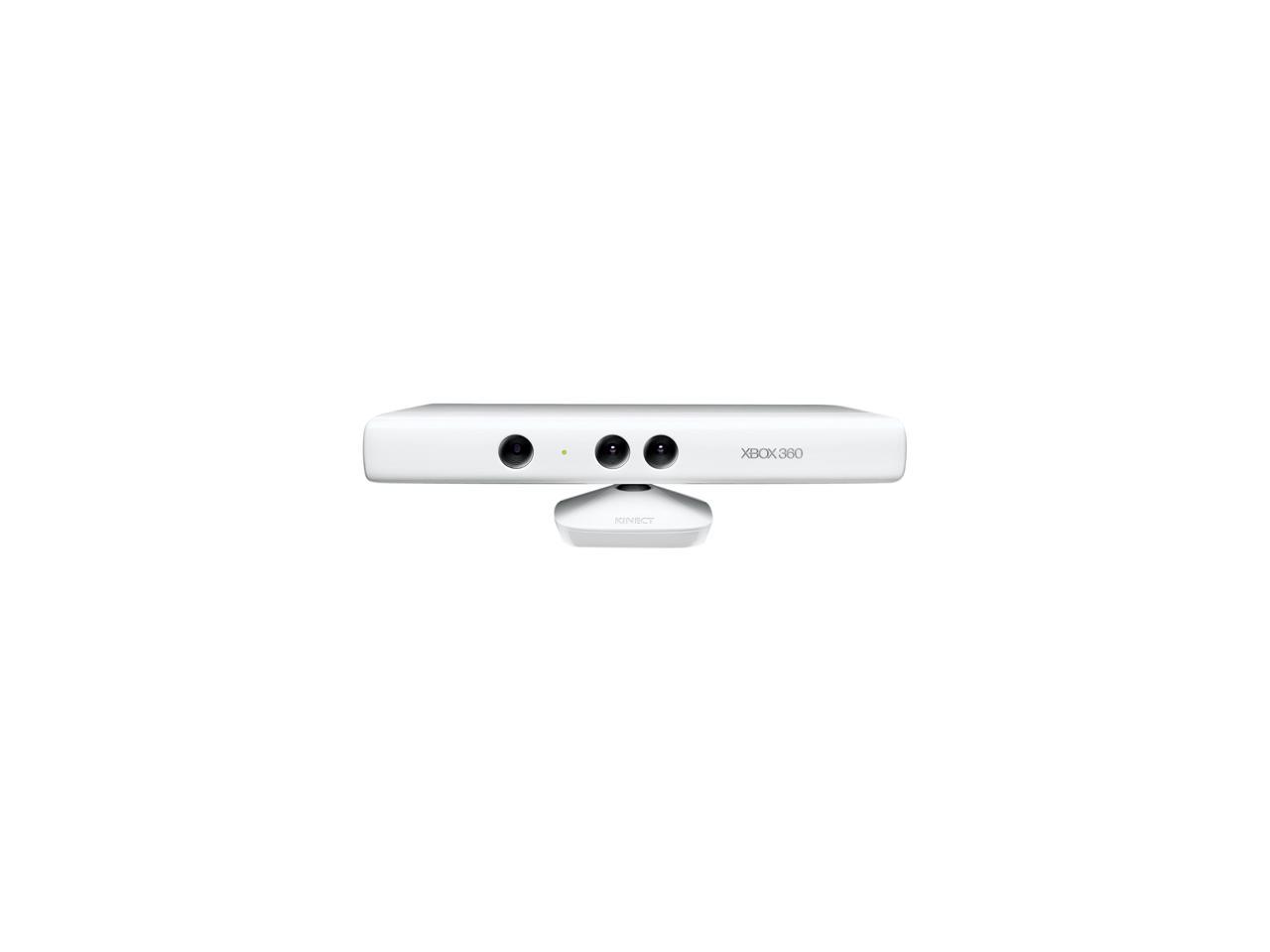 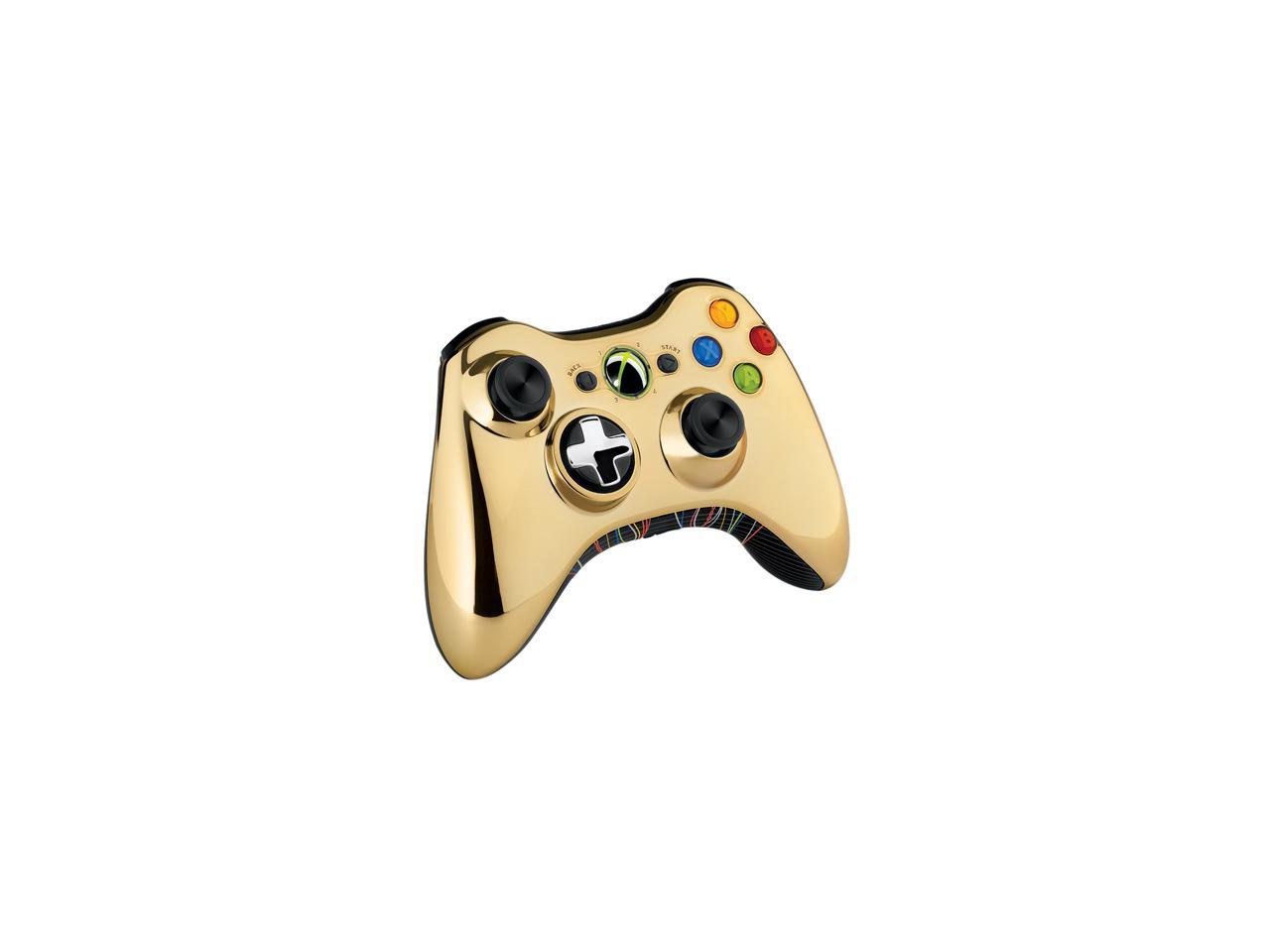 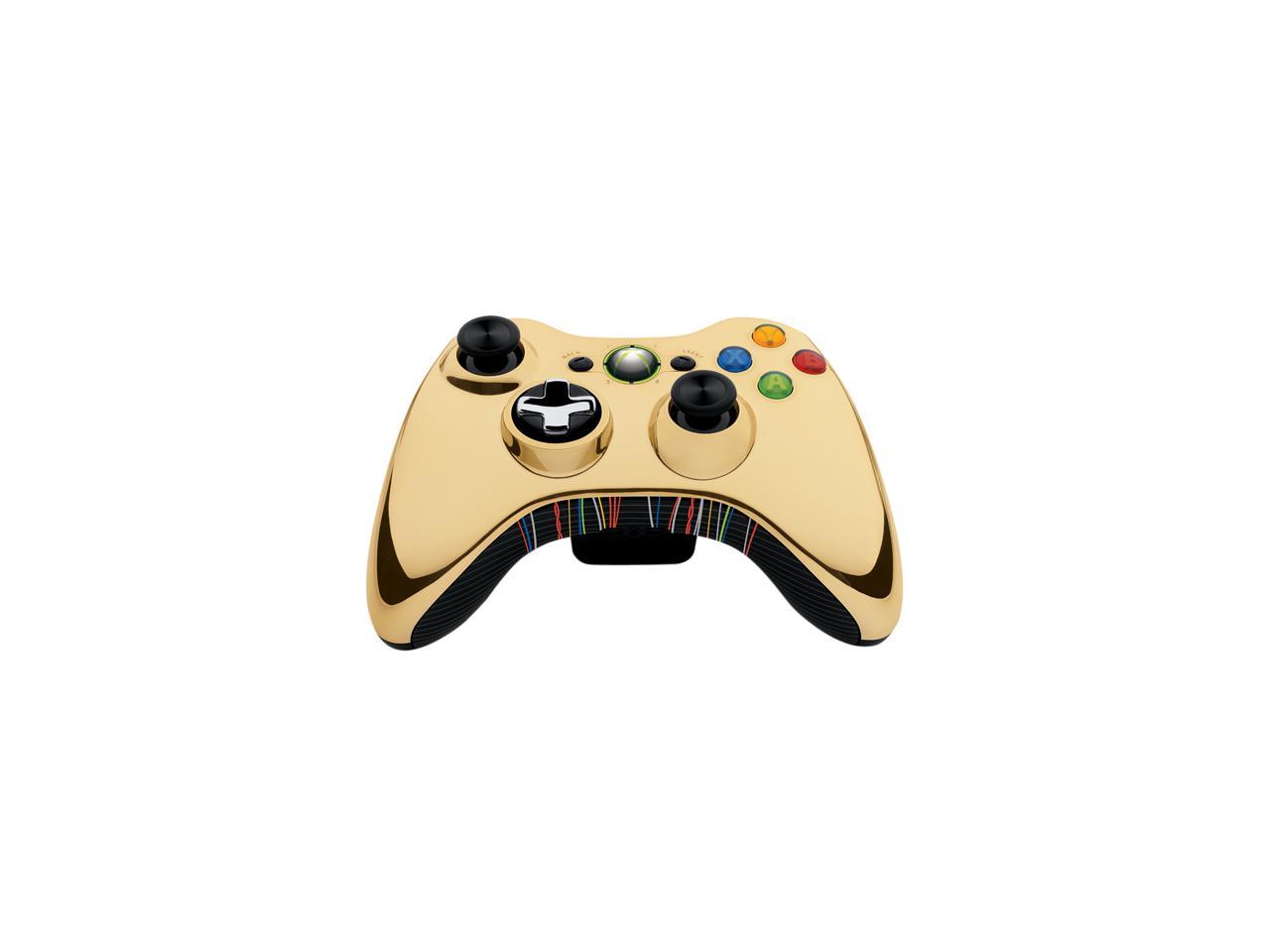 Pros: This XBOX 360 Limited Edition Kinect Star Wars Bundle is a mouthful to say, and also has a mouthful of hidden surprises and secrets. Here is a small list of what is secretly included: 1. Without even stating it in the description, this XBOX 360 Bundle comes with a free 1 MONTH subscription to XBOX LIVE. It's not the 3 month (or even 12 month) subscription that most people want, but it's a nice surprise nonetheless. 2. This XBOX 360 comes with a boat-load of game demos. I mean, when you first turn on the system you have game demos installed. There is even another disk hidden inside the Kinect Star Wars game with a lot more game demos that are fun enough to keep the family entertained for hours. 3. The Kinect is actually "Stormtrooper" themed. This is a must for any Star Wars fan! 4. C3PO downloadable content is available upon completing initial setup, and is very cool. 5. This XBOX 360 has more vents than any other XBOX 360 i've seen, and oddly it is very quiet. No heat

Cons: I only have two complaints. These are not all complaints, and are only my personal problems (setbacks). 1. My only complaint is that recent cutbacks from Microsoft have caused the XBOX 360 HDMI cable to be taken out of every XBOX 360 sold. Without this HDMI cable, 1080p resolution is not supported on the XBOX 360. So, I bought and tried a bunch of XBOX 360 HDMI cables, and the only HDMI cable I found that supported 1080p is this official one (http://www.newegg.com/Product/Product.aspx?Item=N82E16874103186). 2. The C3PO controller tends to keep all finger marks, and eventually becomes unable to clean. On top of that XBOX 360 controllers have very short battery lives with the included batteries (My advice: have spare AA batteries within reach for long gaming sessions). Also, the C3PO controller supports this chat pad only (http://www.newegg.com/Product/Product.aspx?Item=9SIA0U00922446). I've tried others, and only this chat pad (with updated firmware) has been fully operational.

Overall Review: I absolutely love this console, and fell in love with it the day it arrived. 1. This system will undoubtedly last many years. This bundle is very sturdy and feels as if it is "metal" even though it is not. 2. The games included (Kinect Adventures & Kinect Star Wars) are very fun. Kinect Adventures is more of a family game, and Kinect Star Wars is more of a "Solo" game (no pun intended). 3. The game demos included with the XBOX are very fun for the whole family. 4. Aegis Wing HD, Harm's Way, Pinball FX2, and Family Game Night are very fun FREE XBOX LIVE ARCADE GAMES to play initially (before your game collection develops). 5. The 320GB hard drive is is very luxurious! 6. The included wired headset is very comfortable! 7. There is an included wall size poster that looks good in any "Star Wars Fan" Room!

Pros: it beeps, i love beeping. does what xbox 360's do, very pretty

Overall Review: very beautiful, afraid to touch the c3po controller as its gorgeous but loves fingerprints

Cons: The one con is not being able to use the AV cable adapter port, at the same time as the HDMI port.

Overall Review: With the KINECT bar included, along with all the other features, this thing blows all other XBOX bundles right out of the water!

Pros: Unique design for both console and controllers, fancy r2d2 start up and eject noises

Cons: I don't think this is a 'con' really, but its worth noting that the start up noises only play when you push the power or eject button on the console itself and won't play if you're turning it on with the controller. I think it might get annoying if it played every time, so that's why I don't really call that feature a 'con'. Only other con is price I suppose, but I think the unique features of this 360 are worth it.

Overall Review: Was kinda worried when the UPS guy 'tossed' this box at my feet when he delivered it, but luckily Microsoft packages them like rocks and it survived with nothing seemingly broken.

Pros: Good price for storage space, kinect, built in wifi, and its Starwars

Overall Review: This is what the original xbox 360 should of been

Pros: Awesome looking console!!! The R2d2 sounds are really cool when powering on - off and open - close tray. The 320gb HD will make it possible to download several games from Xbox live marketplace. My wife loves that the console and kinect are white. Going to be a lot easier to keep clean.

Cons: Wish that it would have included 2 controllers and an hdmi cable.

Pros: I held out on buying an Xbox until I gave up on a Red Dead Redemption for PC. Now that I have one, I wish I wouldn't have waited so long! My PC still has better graphics, but the Xbox does pretty good for the price considering it costs less than one of my video cards. Star Wars has always been a favorite movie series of mine, so this R2 version is great. The Kinect is pretty awesome too.

Pros: The console is great. It makes the fun sounds and is a good iteration of the Slim Xbox 360.

Cons: The Star Wars Kinect game is so-so. It does have its moments when you play as a Rancor and should be considered a fun-enough Kinect game.

Overall Review: The almost instantaneous price drop seems ridiculous. It begs the question: Why pre-order if the price will be lower in a month or two? Overall both Microsoft and Newegg was a let down when it comes to the purchasing experience of this console.