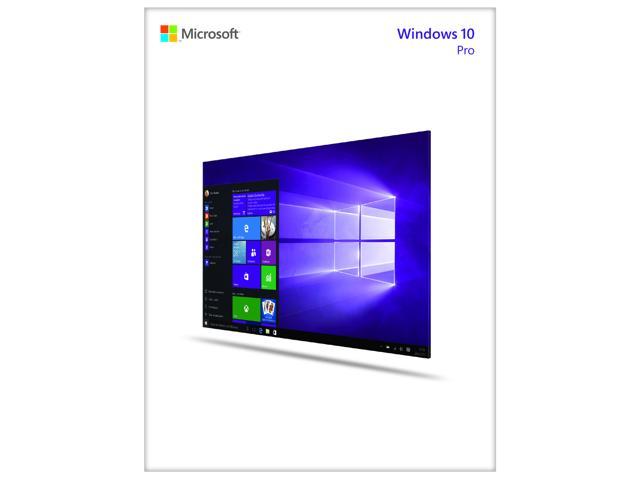 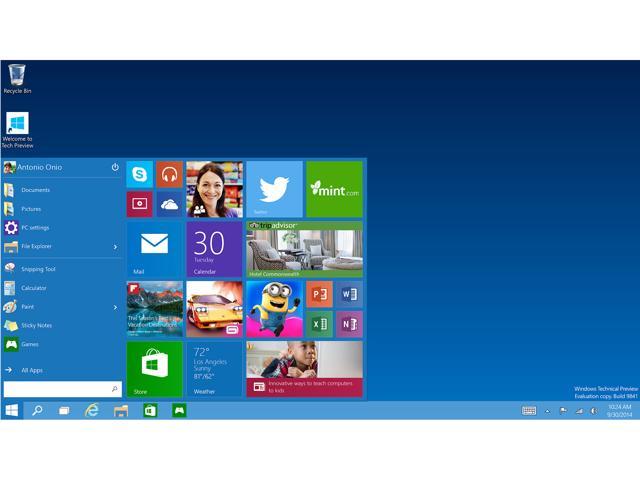 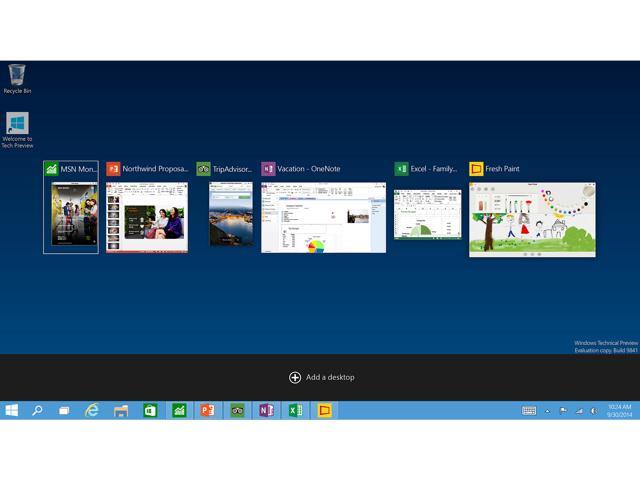 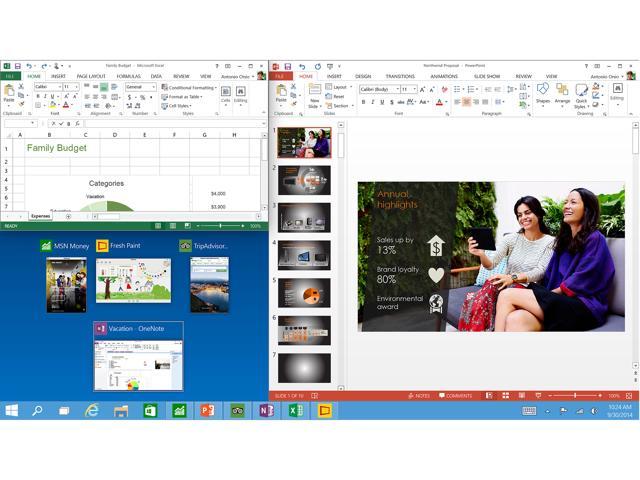 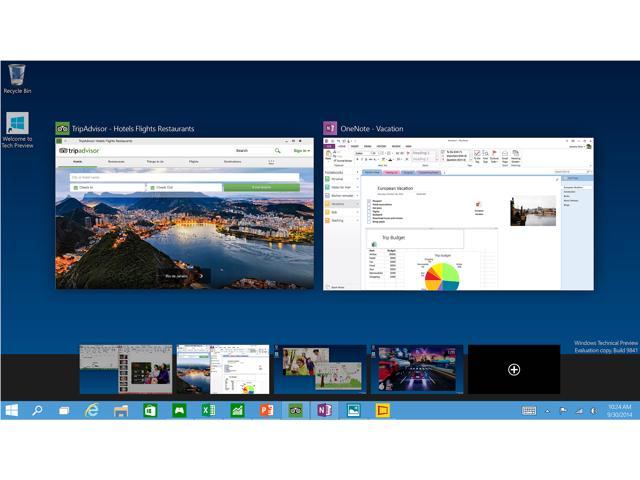 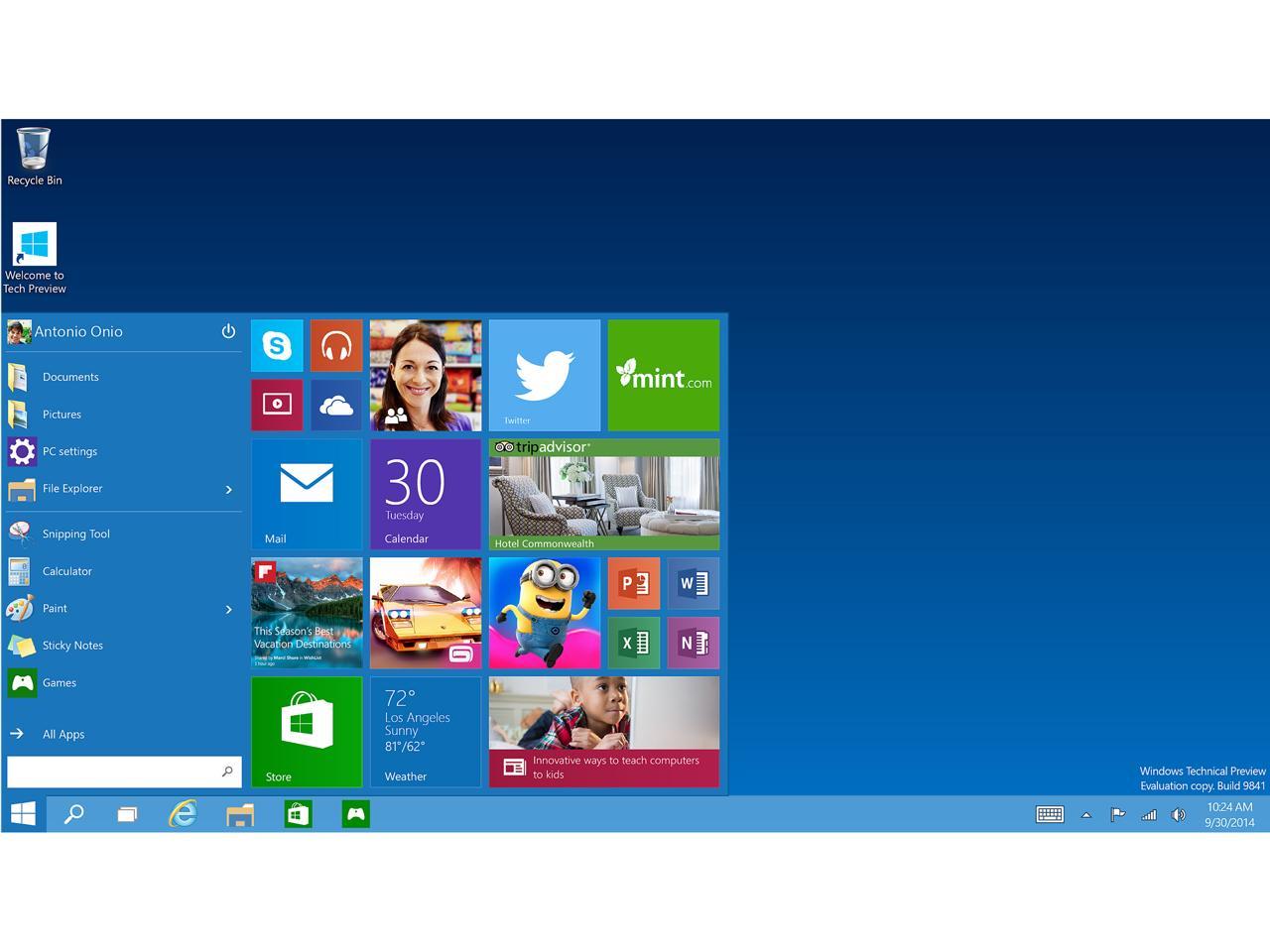 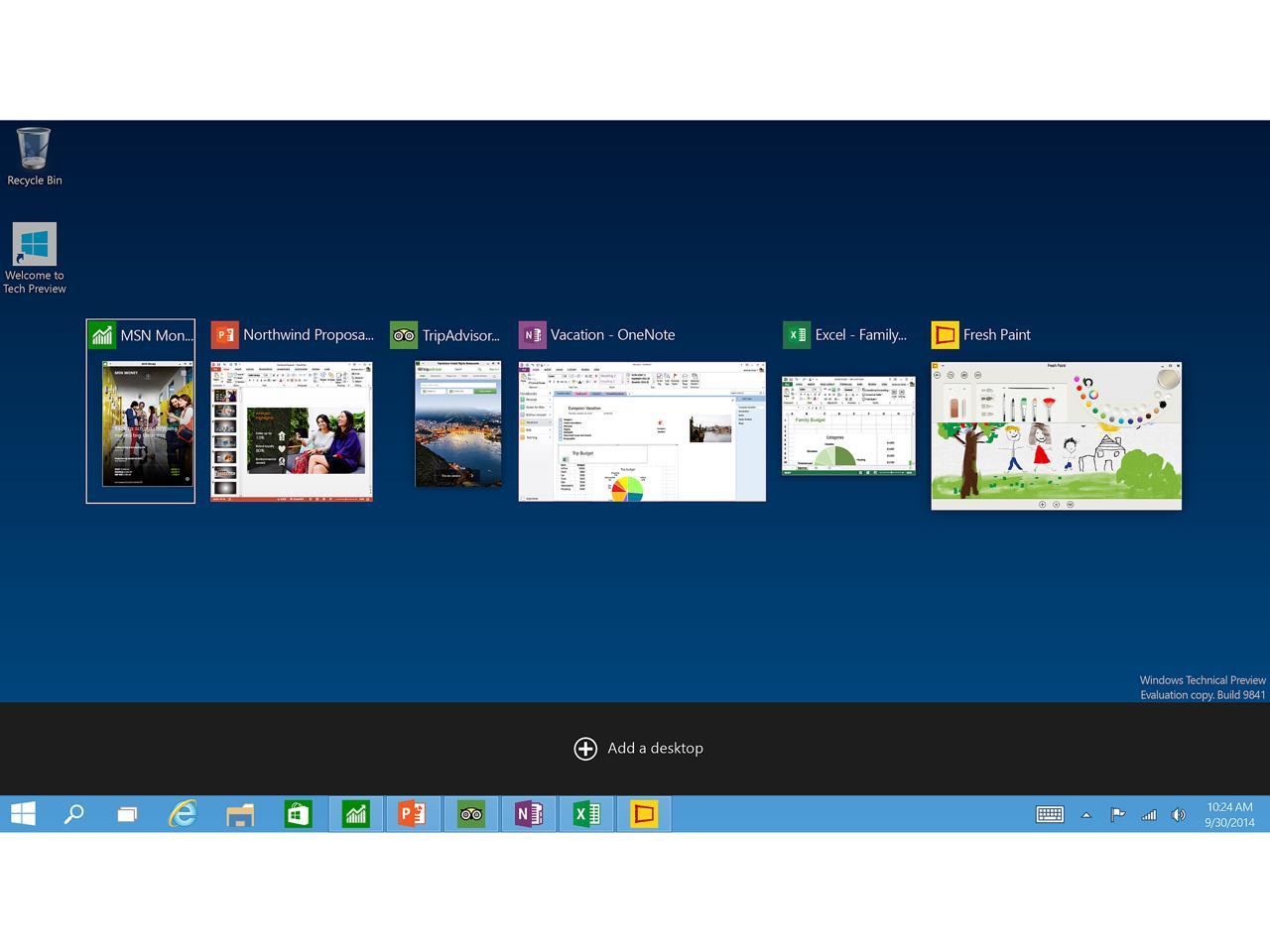 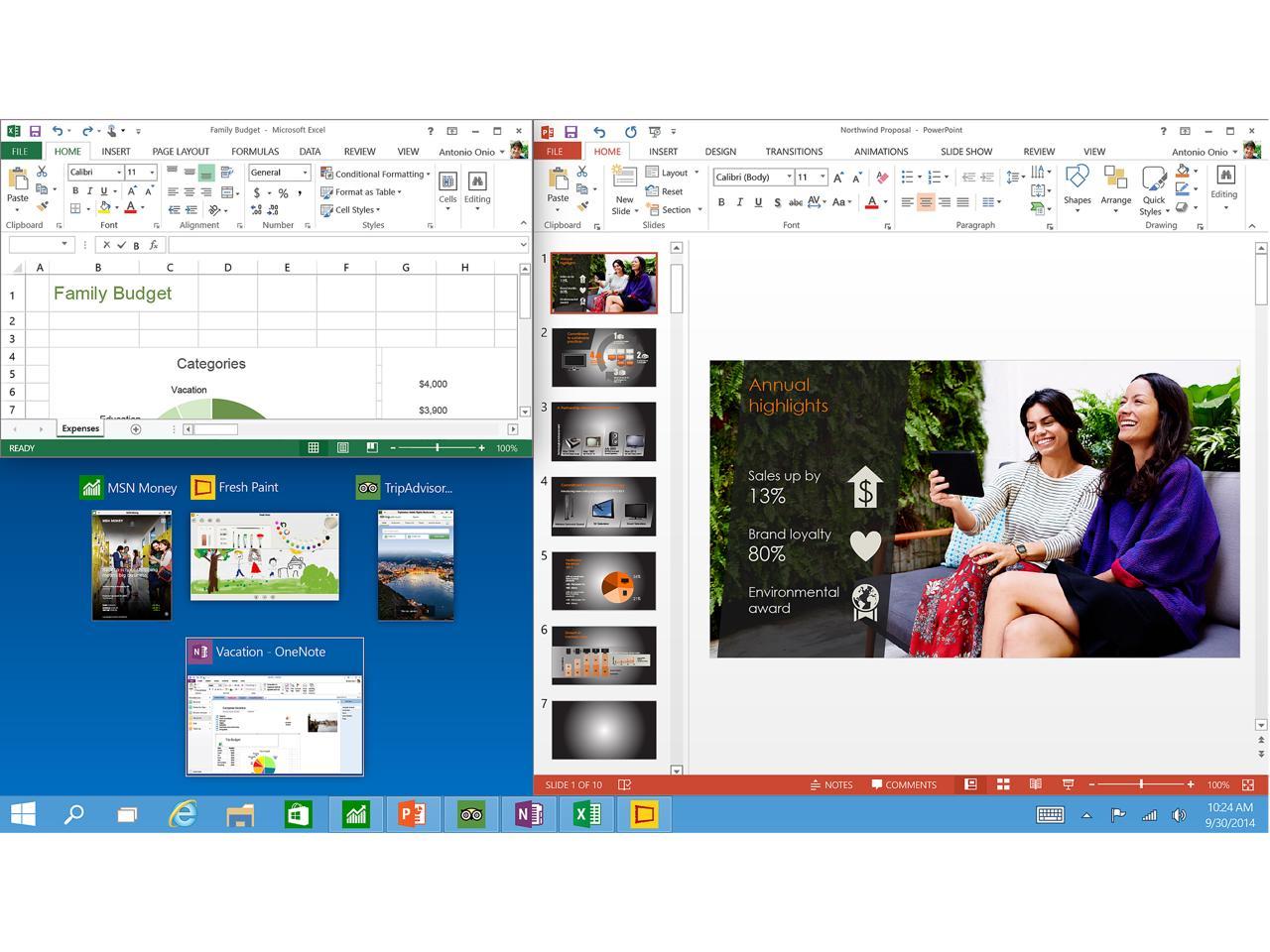 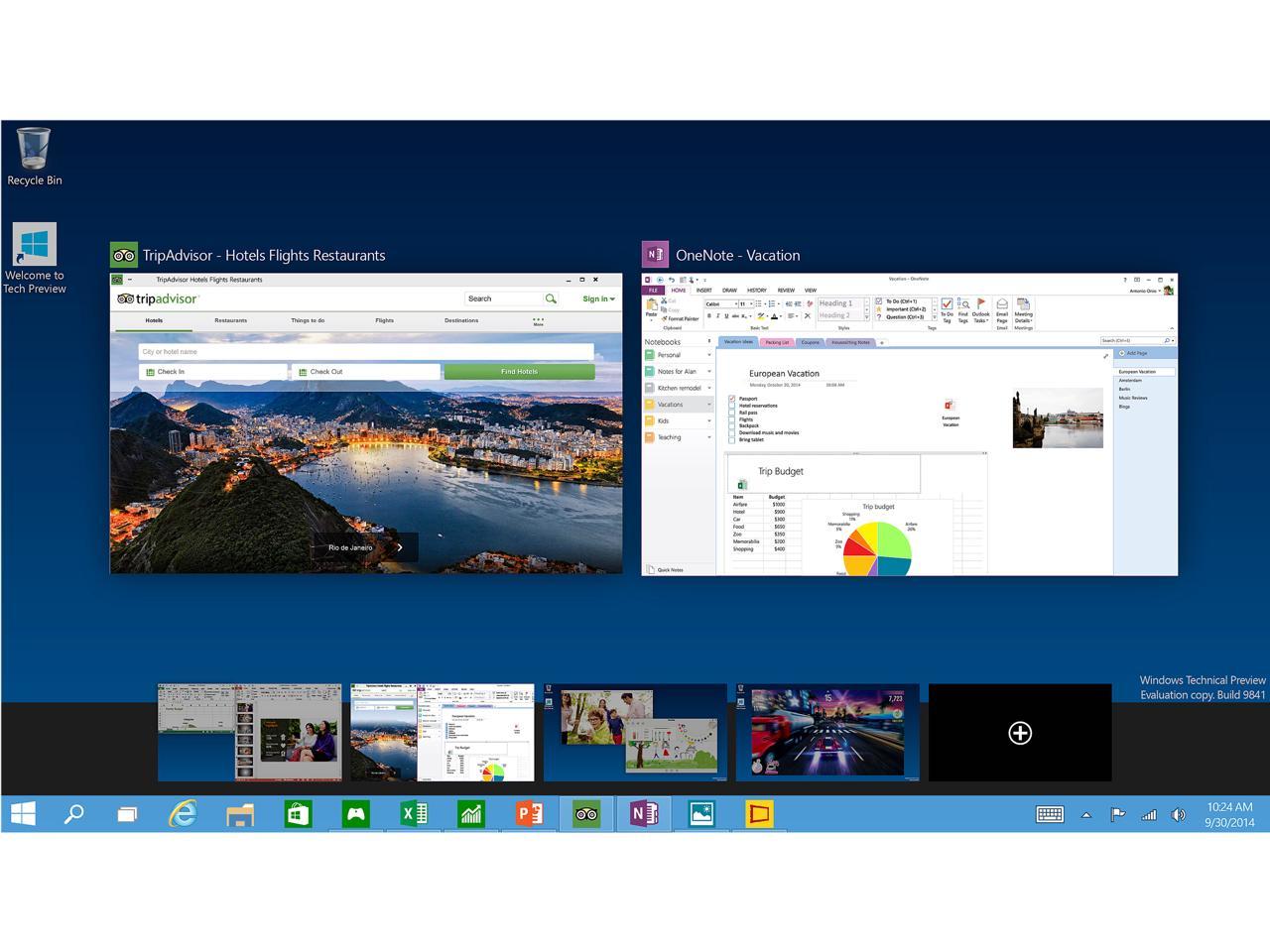 (175) Write a Review
See more "windows 10 pro key"
OUT OF STOCK.
Please note that this product is non-returnable and non-refundable.
Overview
Specs
Reviews

Pros: This went into a new build. I plugged the USB flashdrive into my USB 3.0 slot. I hit the start button and went into the bios. I always do this for a few minutes just looking at settings and watching the temperature to make sure there are no problems. I then let it go on and boot. It immediately recognized the USB flash drive and started downloading. It took the system five minutes to download and install the operating system. It then went online and downloaded and installed updates. This took one minute. i am using eight gig of memory and a Samsung SSD. This was the easiest and fastest build and setup I have ever done and I have built a lot of computers.

Cons: I am still not familiar with the operating system so I can't complain about much. I came from XP which I have been using for over ten years so this system is all new to me. My only real complaint is I cannot get my contacts to show up in Mail. Also, i prefer Outlook Express to this Mail which is really just bringing up my GMAIL account which I never did care for. I am sure my only complaints will go away as I get to know the system.

Pros: - Convenient format. Install Windows with no moving parts. - The installer did a good job of recognizing most of my hardware. No compatibility issues with anything bought recently. - I didn't see an option to choose my own partitioning during setup, but Windows 10 allows you to shrink the boot partition, which is extremely cool for an old codger like me who remembers having to update bad sector tables by hand on MFM drives. - Good backward compatibility with some of my favorite old software including Adobe Photoshop 6.x and the last of the Qualcomm Eudora email clients. So far very few hassles getting anything to run. - The latest version of VMware Player installed easily and had no problem picking up VMs created on an older version.

Cons: - Windows did not recognize my 9-year-old Nvidia GEForce 7900 display adapter and installed a generic Windows display driver that works, but all it could do was duplicate my primary monitor on the secondary. After reading discussions on various forums where owners of similar display adapters were shamed by gamers for not just buying a new one, I found a post that said the newest 64-bit Vista driver from Nvidia would work. That fixed my problem. I guess it isn't reasonable to expect Microsoft to put out drivers for all of the thousands of different adapters out there, but there are a lot of models that run on the chip set that the 7900 used. It's working well now, and I am happy about that. Maybe my ire should be directed at Nvidia rather than Microsoft. - Enabling Windows Defender after Norton was installed proved to be a bit of a chore. One would think there wouldn't be a need to use regedit in this modern age, but I had to in order to get it working the way I wanted. - The price seems a bit high, but not ridiculously so. It was worth it to me not having to burn media.

Overall Review: - Yes, Windows 10 Professional 64-bit works well. It seems to be a solid release. - I love the USB thumb drive format - Note Microsoft's instruction to put the drive in a USB 2 (not 3.x) slot and you should be fine.

Pros: It's generally faster than Windows 8 on my PC and about as fast as Win 7 Ultimate. It's nice to have the start button again however, the menus and "tiles" are still a UX nightmare. The overall look and feel of the OS is nice and clean and better organized than Win 8 overall.

Cons: The spyware creepiness is lessened in the Pro Version of this OS but it's still there... You have to spend an awful lot of time inside the OS to make it not be so intrusive. I'm older so maybe I take my privacy more seriously then younger folks. For me, I still prefer to use "Start 10" in conjunction with this OS to have a more clean and customizable user experience with the OS. I have it on every machine with Win 10 and it makes it so much better.

Overall Review: I purchased this product and spent more $$ on it than the digital download version of this OS because I wanted an official USB / ISO that I could use for when I reformat my PC without the need of messing with my own USB's and formatting them etc... The USB that came with this was DOA / corrupted. I called Microsoft and they said that if I had purchased it directly from them they would be able to send me a new one but they don't support third party retailers software. Newegg has a blanket no-refund policy on software so that left me paying extra for something that doesn't work and I'm not at all happy about it. To a degree I get why Newegg has this policy but the fact is that the USB that comes with this software is what is effected. It's a physical item that should not fall under their software policy. For this reason I won't purchase software from Newegg again. Lesson learned. I was able to use the downloader from Microsoft and the Key that came with this software to successfully install Win 10 but I was trying to avoid that process in the first place. The 1-Egg really is about the product support of both Microsoft and Newegg more than the OS itself.

Pros: - Painless installation - No longer does it take a "month's worth of Sunday's" get it installed

Cons: - It's still Windows, with lots of it's own quirks - I wish it was more consistent, it feels like I jump between screens that were part of Windows 7, then a new screen that's Windows 10, then back to a really old Win95 screen. I get don't touch what ain't broke, but it seems a bit "Patchwork" considering it is Microsoft's flagship product.

Overall Review: Would I recommend Windows 10 to others? Yes and no, if they're my mother or someone who is a bit stuck in their ways, and used to windows 7, probably not. If they have a bit of an adventurer in themselves, then yeah, I would. I have not had one single BSOD in Windows 10. I can't say that for any other version of windows.

Pros: Easy to install - It does pretty much everything for you, just insert the pin drive into an open USB port on the motherboard and start the computer up. It may not instantly boot from it, so you may have to go into the BIOS and tell it to use the drive it's inserted into. Direct X 12 - Windows 10 is a necessary evil for new generation gaming. While not completely out of the gate, DX12 will eventually become the norm. Full Version - The OS is yours (mostly) and a full version is a better choice if you have plans for a new PC down the road. Better than Windows ME

Cons: Automatic Updates - I do not like anything that updates behind my back and gives me no choice to review what is being installed before it's already started. Microsoft Themselves - They have gone a little spy happy lately, but many things included in 10 can be turned off or uninstalled with a little tinkering, Cortona is the first thing anyone should disable.

Overall Review: It's a Microsoft OS, and if you have any experience with computing, you know what to expect. Also, Edge is terrible, but I may be a little bias towards Firefox. Did I mention it's better than ME?

Cons: It's not Linux, but can't really knock an egg for that.

Overall Review: It's simple to use, simple to run.

Cons: None - as a delivery system. Not opining on Win10 itself here.

Overall Review: Suggest you disconnect all drives except the one you want to install to and disconnect the system from network connectivity before installing. Do Win 10 updates later. O&O Software's ShutUp10 will take care of most phone home issues.

Pros: It actually runs very smoothly on my build. Installed 10 on a new build and I haven't had any problems. It recognizes all my components with no trouble. I haven't had any issues running any programs on it.

Cons: One egg off for the privacy issues. I went through those 13 options and turned off pretty much all of them. I don't use Cortana, so I disabled that and then removed the search icon/box from my task bar. Used a local account rather than a Microsoft account as well. I uninstalled what apps I could (so weird to call them apps instead of programs now, lol) since I know I won't be using most (or any) of them.

Overall Review: It took a bit for me to adjust to the appearance and to find my way around the settings options to find what I need. The flat UI is a bit bizarre, but I'm already used to it. It really didn't take too long for me to adjust to 10. At first it ran slower at first than 7 does on my old laptop, but now it boots and shuts down very quickly and with no trouble. No Windows Media Player, but I've always just used iTunes and VLC, so that's not a problem. I only used Edge to download Firefox. Ditched all those tiles on the start menu and now it's as small as I could make it. Action center is fine. Various features are clearly taken from Linux and/or the Mac iOS, but that's all right. Basically, in making my various changes 10 rather runs and acts more like 7 with some cosmetic changes, except that it's faster.