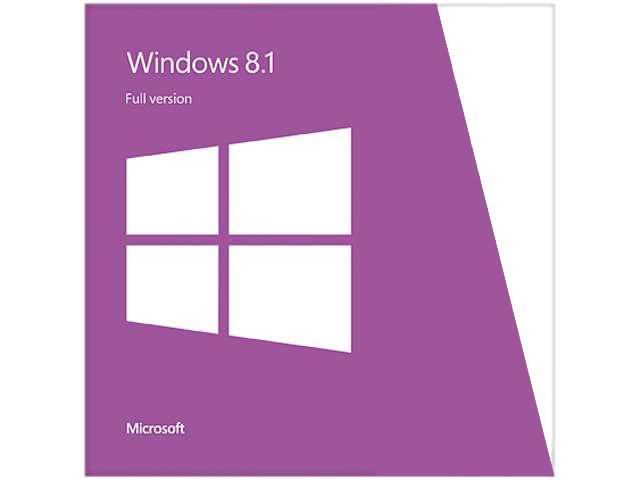 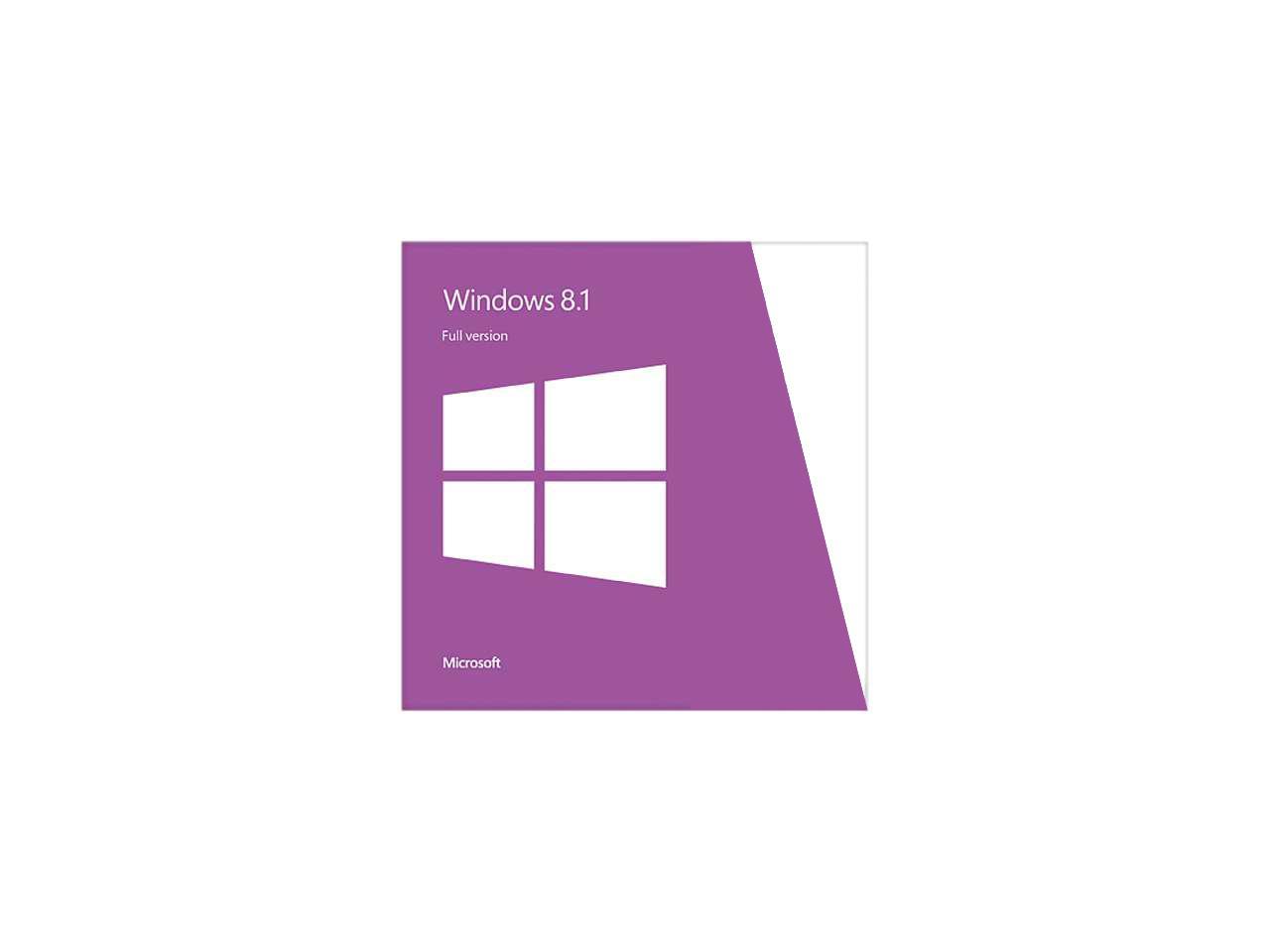 (107) Write a Review
OUT OF STOCK.
Please note that this product is non-returnable and non-refundable.
Overview
Specs
Reviews

Pros: I stuck this into an external drive, and booted the machine. Setup came up instantly.

Cons: There is a BIG bug in the version on the disk AND the installed version after all patches. For some reason, it thinks Alaska is 16 hours ahead of pacific time .... (We are AKST (-1 PST)). I had the manually set the time, because the the bug with the timezones are broken as well.

Overall Review: I have downloaded and installed the beta as I am developer with a MSDN account. So I knew what I was getting into as I have to update my applications to work on Windows 8.x. I have the retail version installed on multiple machines, so this is nothing new.

Pros: The system is rather light, still looks like a mobile phone but it does have a desktop feature which is my biggest selling point. With an intel 240g ssd the total installation process took under 15 min. Lots of "stuff" to unload from the "start menu" if you're not into slews of social apps on your pc screen but they go away fast and the interface is almost unbearably simple.

Overall Review: For those of you installing a full fresh rig set up (not migrating), be certain to do this to avoid having a black screen with nothing but a mouse pointer displayed. - Perform a full clean install - Immediately perform all windows updates - DO NOT download hardware drivers or install them from disks until windows has covered it's own that it wants -Immediately check for windows updates again (if there was no req reboot) and allow them to finish with a full reboot. - When you load back in , check the windows update again, when you are up to date you can stop doing the rinse and repeat process of update, install, reboot. - install all other drivers (mouse, peripheral, mobo, wireless, SDD/HDD utilities) and reboot but DO NOT PRE INSTALL VIDEO DRIVERS FOR YOUR GRAPHICS CARD. - Once all of this is done and you can successfully power cycle through reboots w/o issues, power off and install your video card. -If the mobo is relatively up to date (asus p8z77-vpro in my case) when you connect the video card and put on a vga/dvi/hdmi adapter it will boot up to the Win 8.1 home with a generic basic run setting. - once you are into the windows OS go to --Control Panel -- Hardware and Sound --Device Manager Now find your DISPLAY ADAPTER in the list, right click and update the driver for it. Be certain to allow windows to do it the way it wants. You will more than likely get what's up to date anyway from the company that crafted your gpu . Once this is all done and updated, give it about 5 min and then check windows update again, mine had an update patch to my video driver for Nvidia 760 almost immediately after. - Make sure this all goes through and then consider taking the plunge of allowing your system to reboot. Mine had a hiccup the first time until I adjusted some BIOS settings back to default but it has been bringing up the Win 8.1 OS just fine ever since. _ if you do any of the driver installation out of order you will more than likely end up rebooting to find a black screen with nothing more than a mouse pointer so be absolutely certain to follow the steps. - In the event that you do encounter the black screen even after all of this, you can power down and unplug your gphx card. Plug the display back into your likely integrated graphics mother board and reboot to windows (dedicated card removed from system). Then you can cycle through uninstalling the drivers again and giving it another go. I did notice that in my case the boot went much smoother after re enabling Legacy boot settings in windows by using the command prompt loaded from the windows disk as primary boot device. Legacy note command _-BCEDIT /SET {DEFAULT} BOOTMENUPOLICYLEGACY all one line

Pros: Easy install and like the new desktop, its not as cluttered, like the app store setup

Cons: Wish the tiles didnt include all the sub files for a program IE read me's and such, did have a bit of a learning curve to get use to it but thats just like when i switched from XP to Win 7 One feature i do dislike is the need for a password. None of these things really hurt the rating in my opinion so no eggs lost

Pros: I like the packaging and they have the key code printed on a cardboard card the size of a credit card that slides into the case. It also installed very easily and quickly.

Cons: I didn't like how I couldn't tell the V's from Y's in the authorization code. (I could, but why do they have to make them look so close to each other) And the product itself, I don't like how they slowly change the look of the settings and control panel menu's all the time. I always find what I want in the end but its only because I know what I'm looking for. I put this on a build for my mom and she just got used to windows 7, there's no way she is going to be able to handle 8.1. Changing the navigation so that it boots to desktop is a must. Its also really hard to figure out how to shut it down for the first time. I looked everywhere, "it aught to be" until finally I right clicked on the start button and it revealed much more functionality to me.

Overall Review: Just after a couple uses I got used to the interface and did like how you could go to the start page and see weather. There are a lot of other things one could probably do with this to make it pretty neat, but it would take a lot of playing around.

Pros: FAST Retail version (worth the extra money over OEM versions) Flexible in how you want to use it once you fiddle around for an hour or so.

Cons: As always, Windows likes to rename and hide useful stuff. It's all mostly still there, you just have to dig to find it (use Google).

Overall Review: Obviously, coming to this from Vista was an unbelievable upgrade. I built a new system using this on an SSD and I get sub 8 second boot times. That's incredible. The metro interface is much maligned. I understand this completely. It is very easy to just use the desktop however, as you have the option to boot straight to it. In this way, you can ignore Metro entirely. However, the more I fiddle with it, Metro does have its perks. If you think of it as the new Start menu, just "full screen" size, it's really pretty handy. In this respect, I consider this OS as having 2 separate interfaces, usable at will. I always like options. As I said, you can live entirely on the desktop if you wish. But you can augment it with Metro if situations you desire. For my limited technical prowess, Windows 8.1 is a very good OS. It handles what I need it to with the ability to tweak things as needed. After years of being chained to 32 bit Vista and cursing Microsoft's name, it's odd to be praising them now. But there it is. Strongly recommended.

Pros: (Other thoughts if you want to know the truth.) - Faster than Windows 7 for daily, general tasks. I've tested in comparison with two systems of the same storage usage, specs, etc. It seriously is faster. Slap in an SSD, and it's just insane. I myself have a Crucial M500 128GB SSD, and it makes Windows 7 AND 8.1 look like it's gliding, which is totally awesome. "Twas once there was no Metro Interface." ...Other thoughts, is where I will post on that comment. - The tiles...well, a lot of people dislike them. I myself find them easy, if not easier (personal preference, people!) to navigate around rather than search all over the desktop for them. - Proven with Benchmarks that some games play similarly, or even slightly better. Desktop performance is noticeably better with most people.

Cons: - Personal preferences set aside, the tiles are very annoying to a lot of people out there. Big change can play a huge part in something as common as installing a new OS. Just like when the iPhone had that trashy, slower OS released for iPhones, lots of people just downgraded back to the old OS, but we're on topic of Windows.

Overall Review: Windows 8.1 is basically a newer, (and yes, somewhat improved, performance wise) and differently-themed Windows 7, with some tweaks. It's nice, yes!... I just hate that people are rating it one star because 'The start screen, oh my geebus! it r gon! where start screen?!!?11?!?/' ...People totally overlook the fact of 3rd part software.

Pros: I love this system for the speed and ease of use. I am not always liking the software but I was able to use the different way Microsoft Windows usually works. I was easily able to get around with little or no trouble at all.

Pros: The 8.1 update has, in my opinion, made this a great OS. I'm running it on a SSD and it is FAST. With the return of the Start button using it feels like using a re-tooled Windows 7 for our app-driven world. Installation couldn't be simpler (I had to install from scratch, because I was still running Windows Vista).

Cons: Some features and options are hidden away in strange places. It takes some getting used to when trying to find certain things. A few programs (like Windows Media Center) that once came free with the OS now need to be purchased separately. But rather than purchase the add-ons, I've found that the free alternatives available online have satisfied all my needs. So this hasn't really impaired my experienced at all.