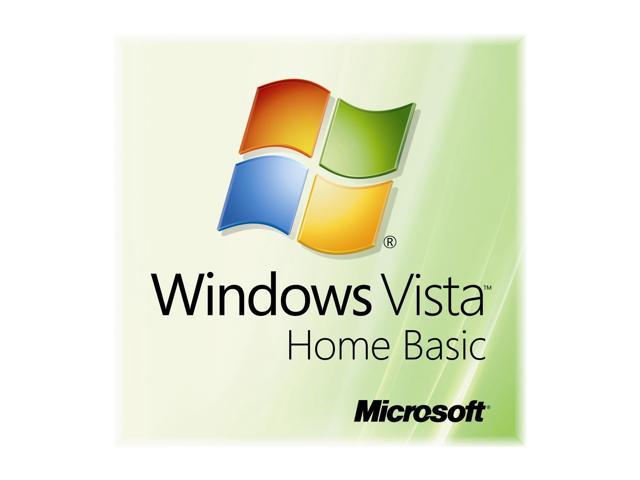 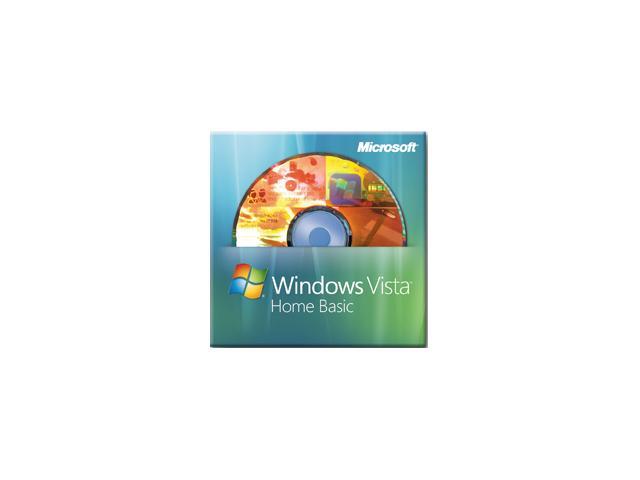 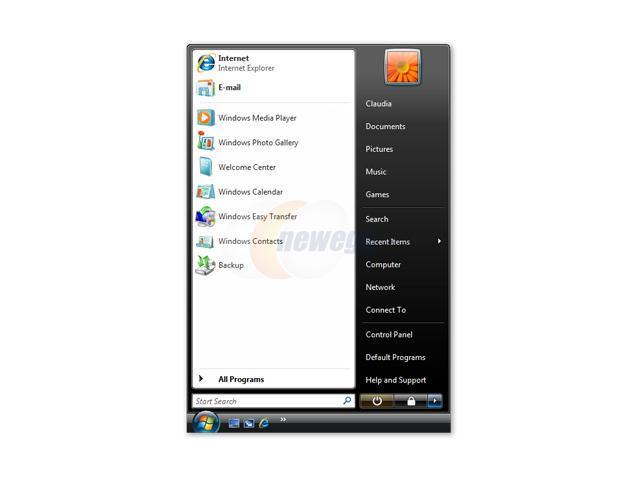 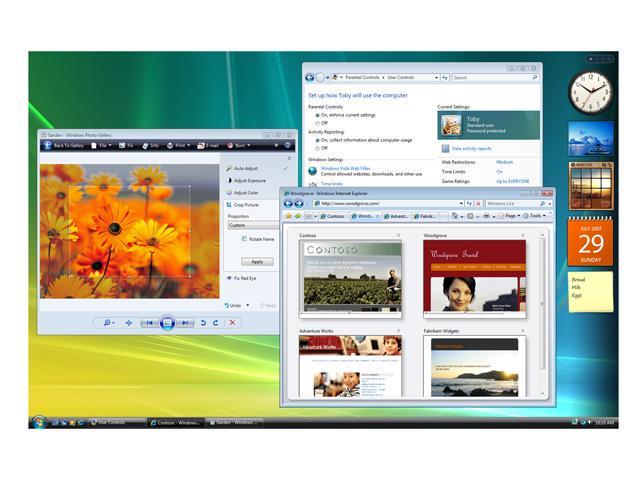 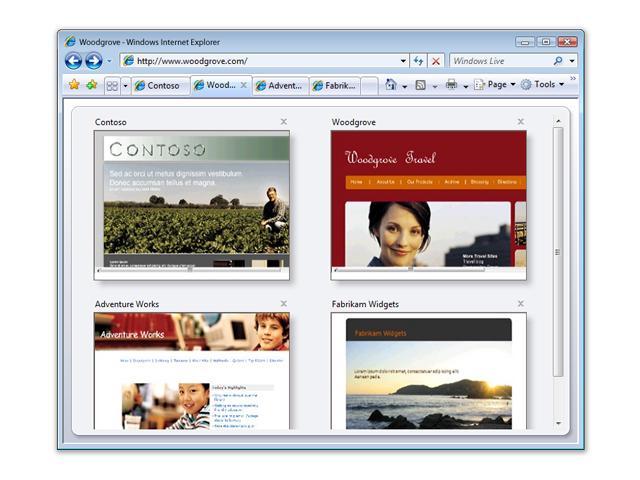 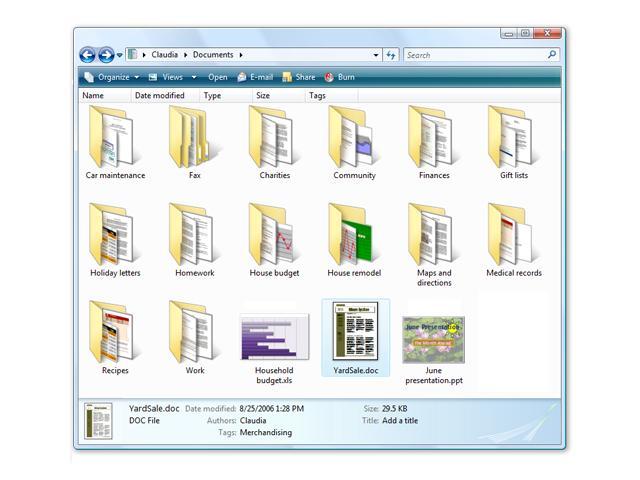 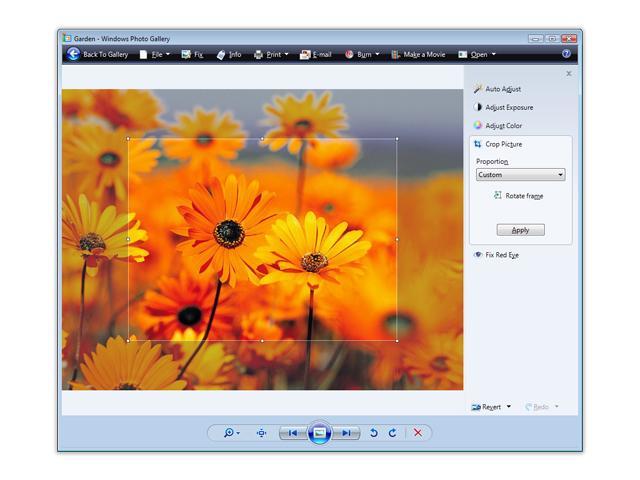 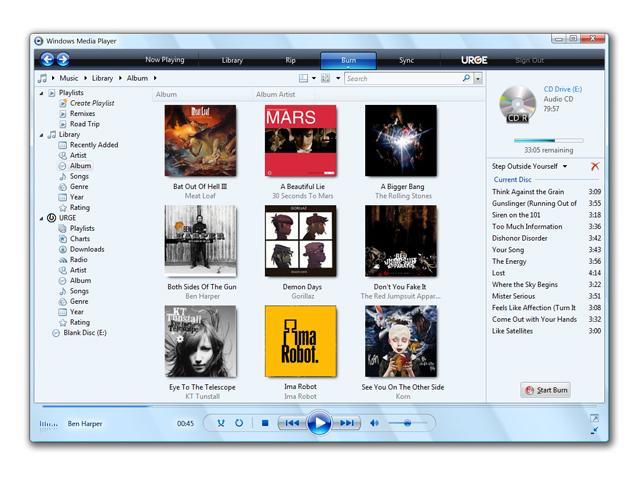 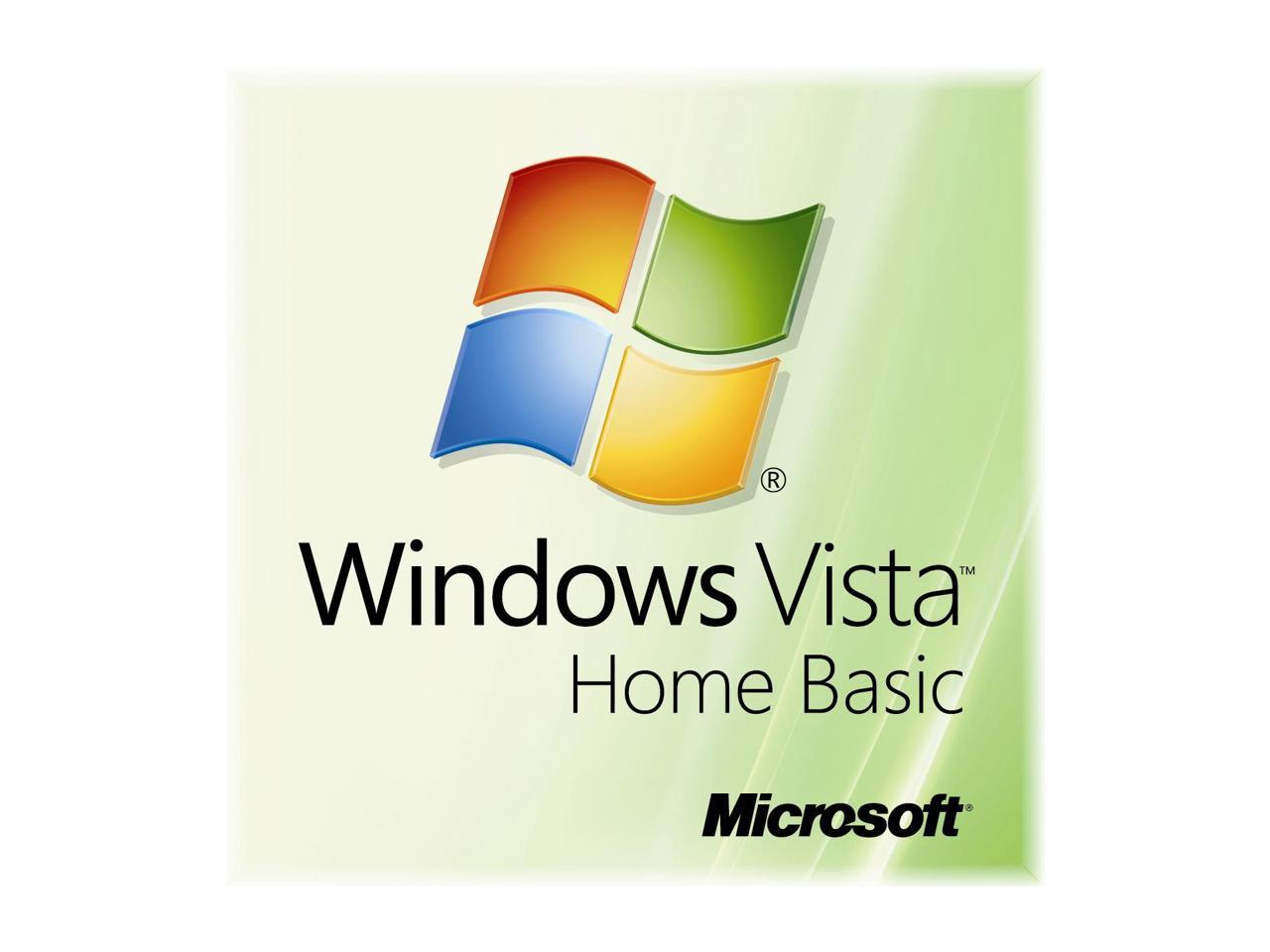 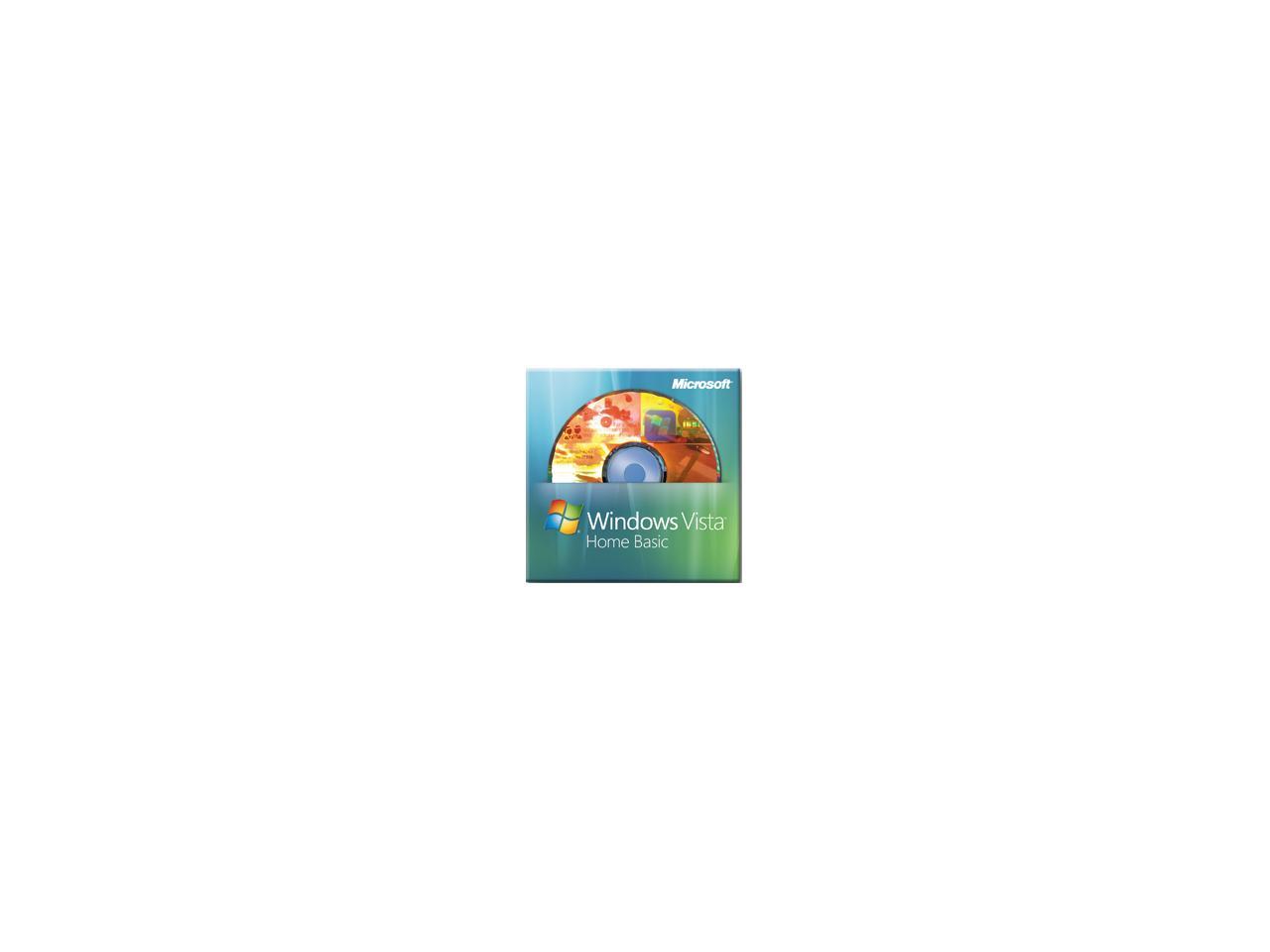 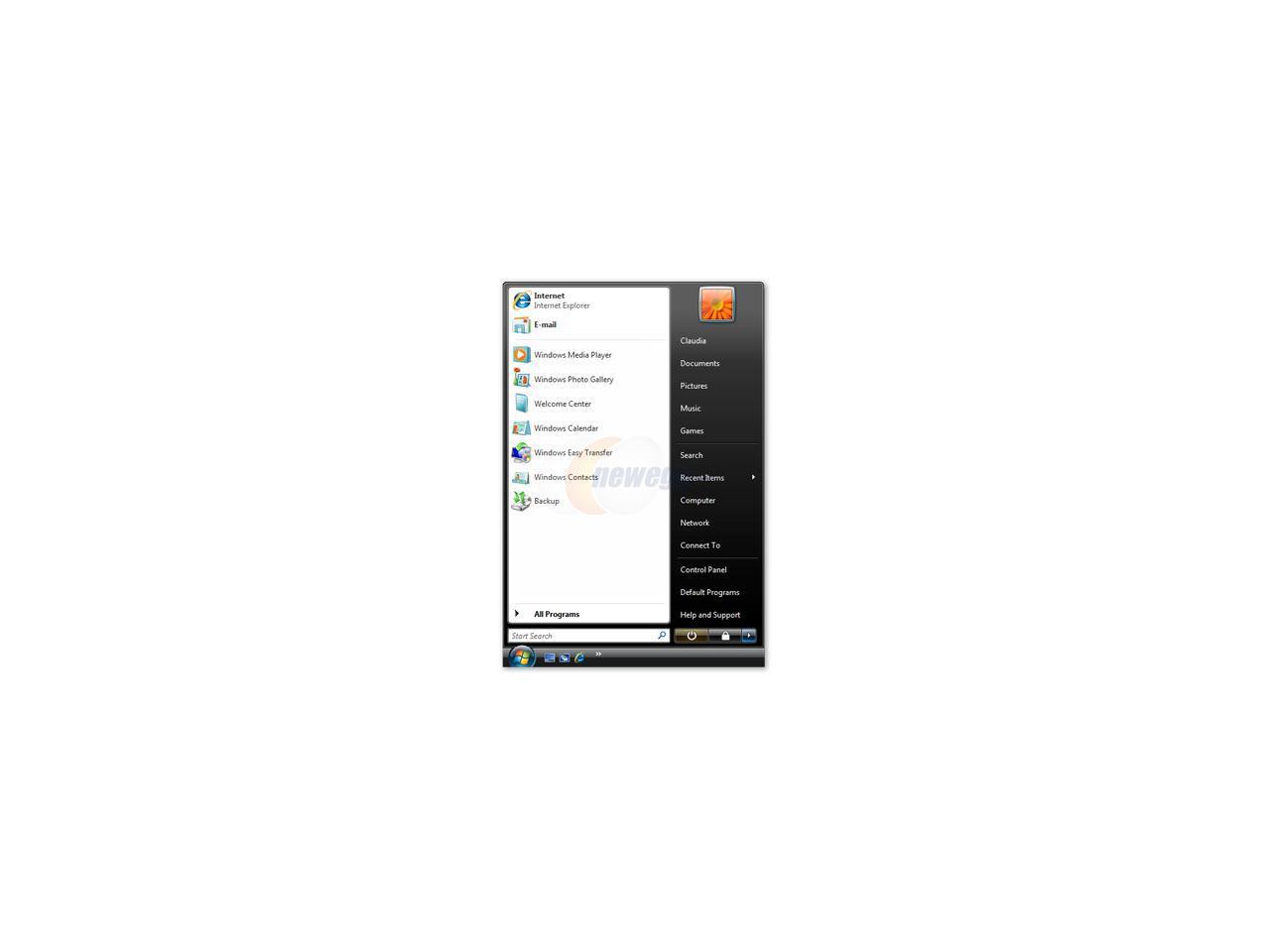 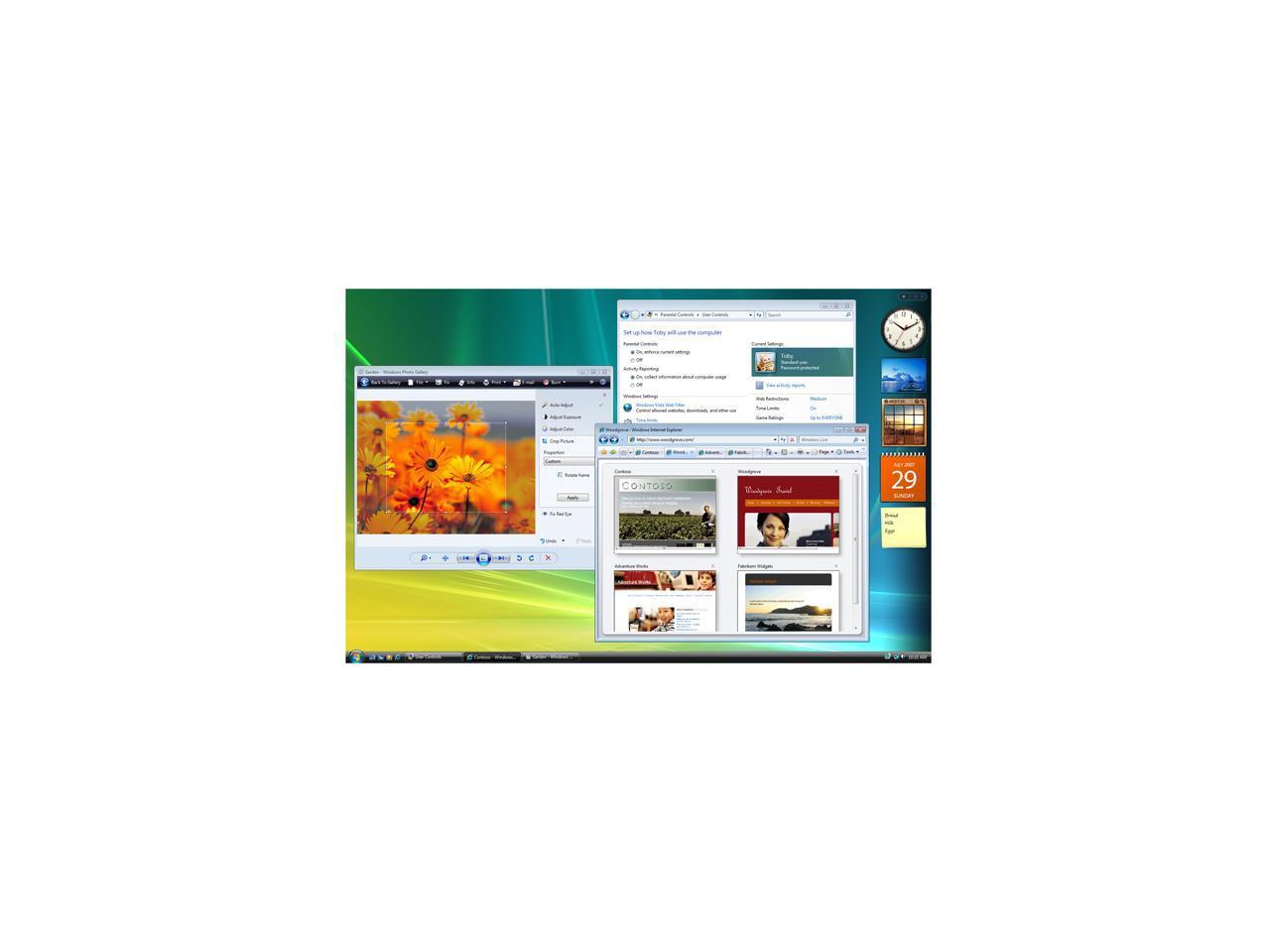 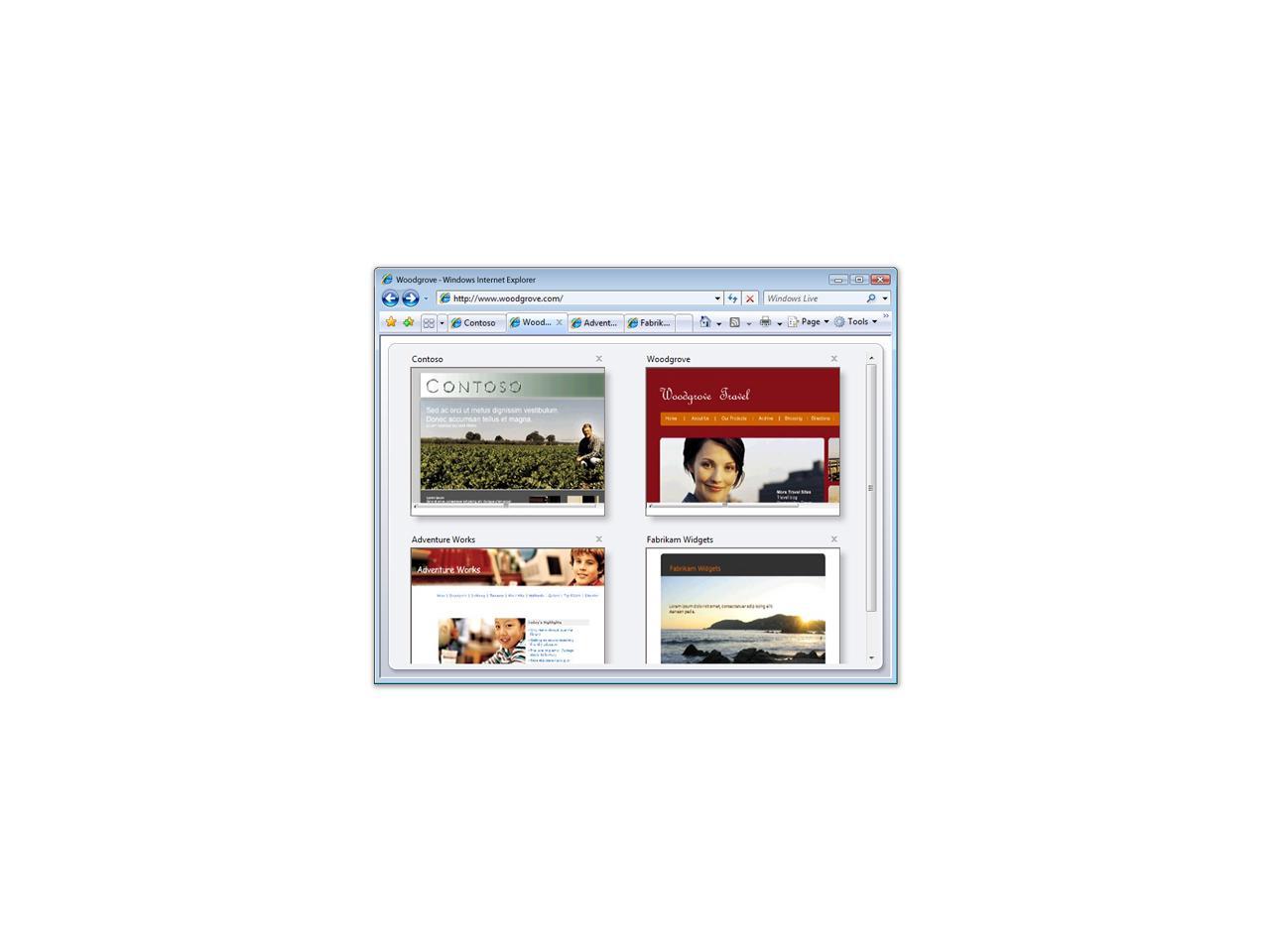 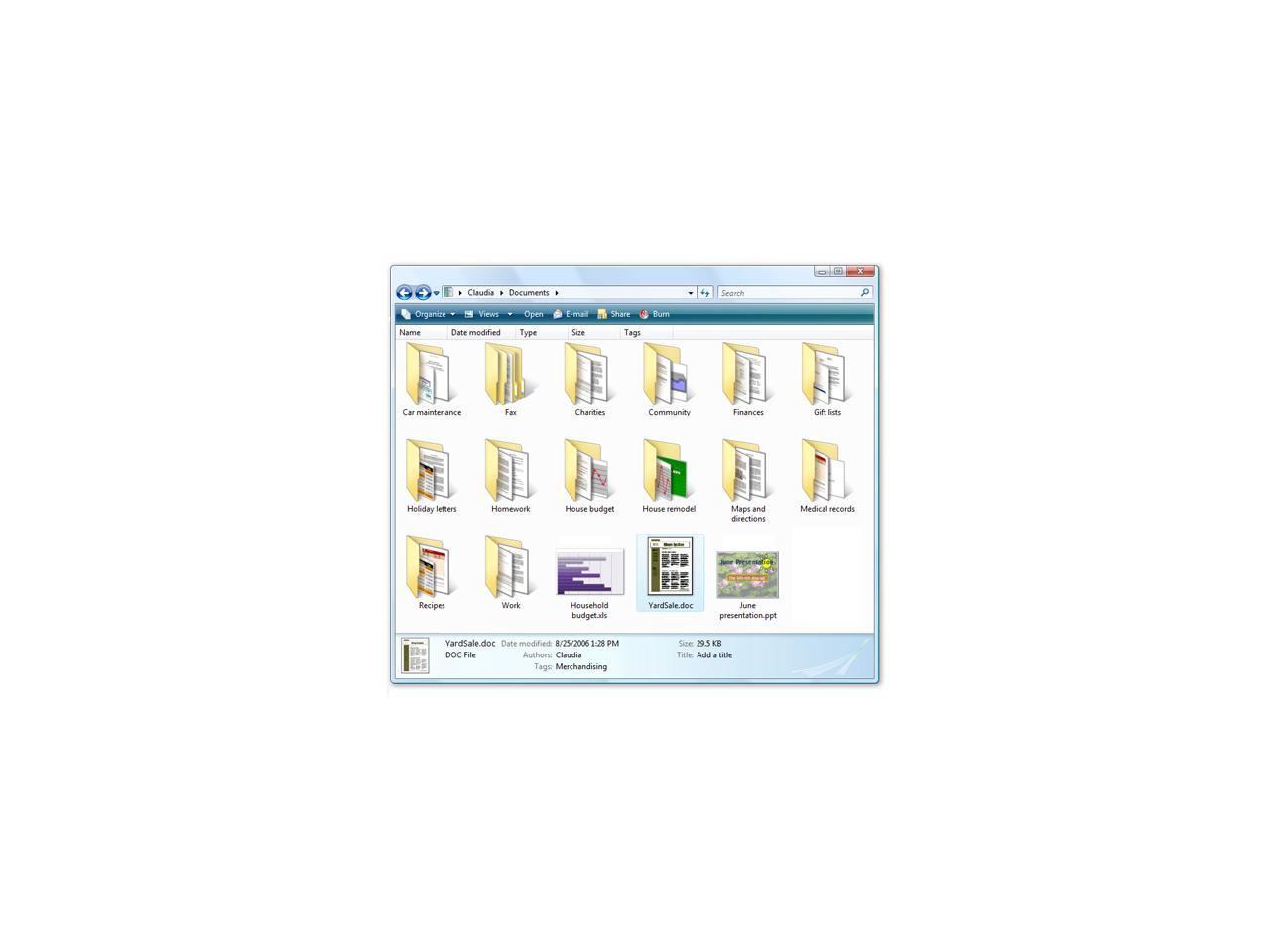 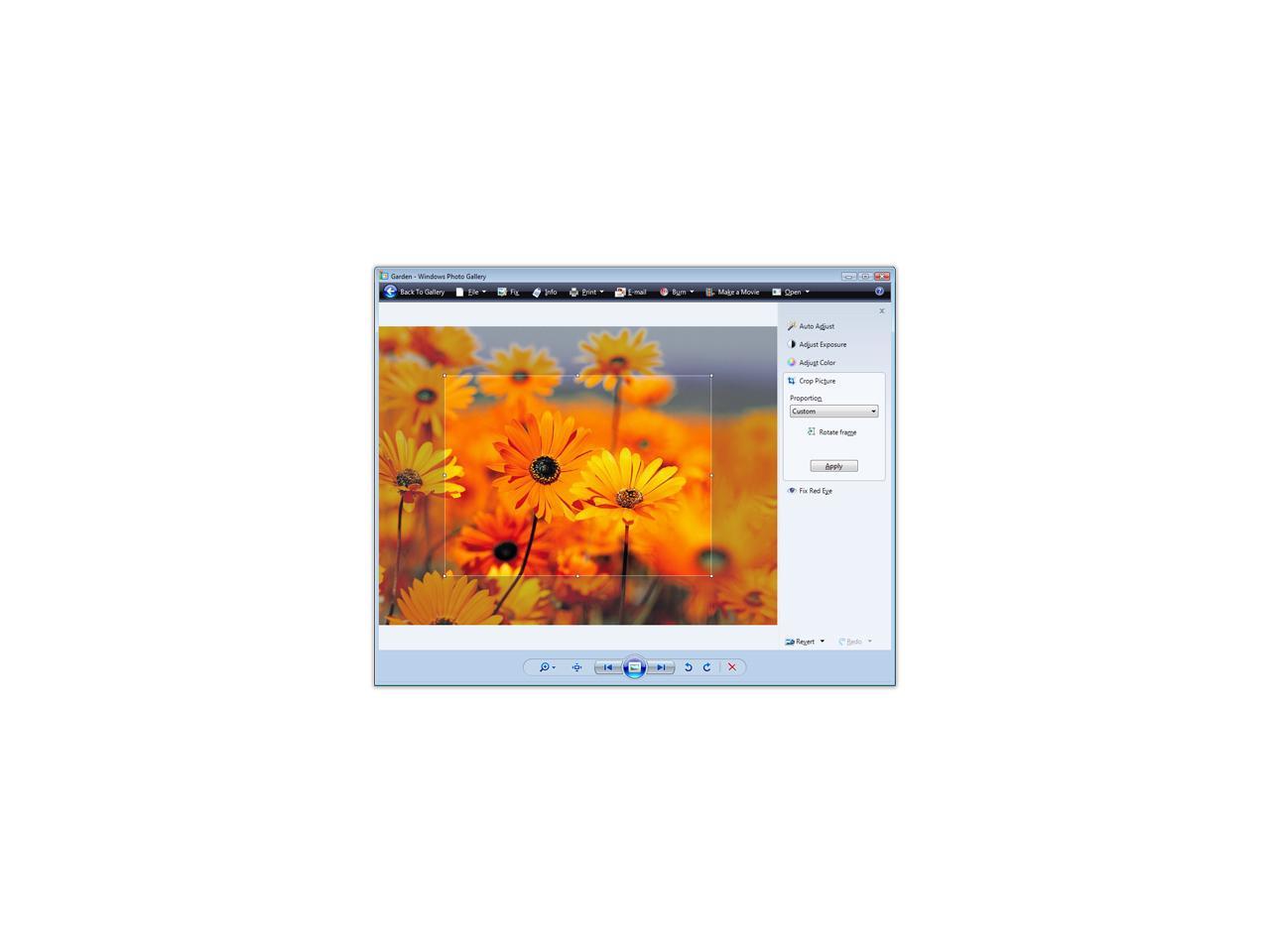 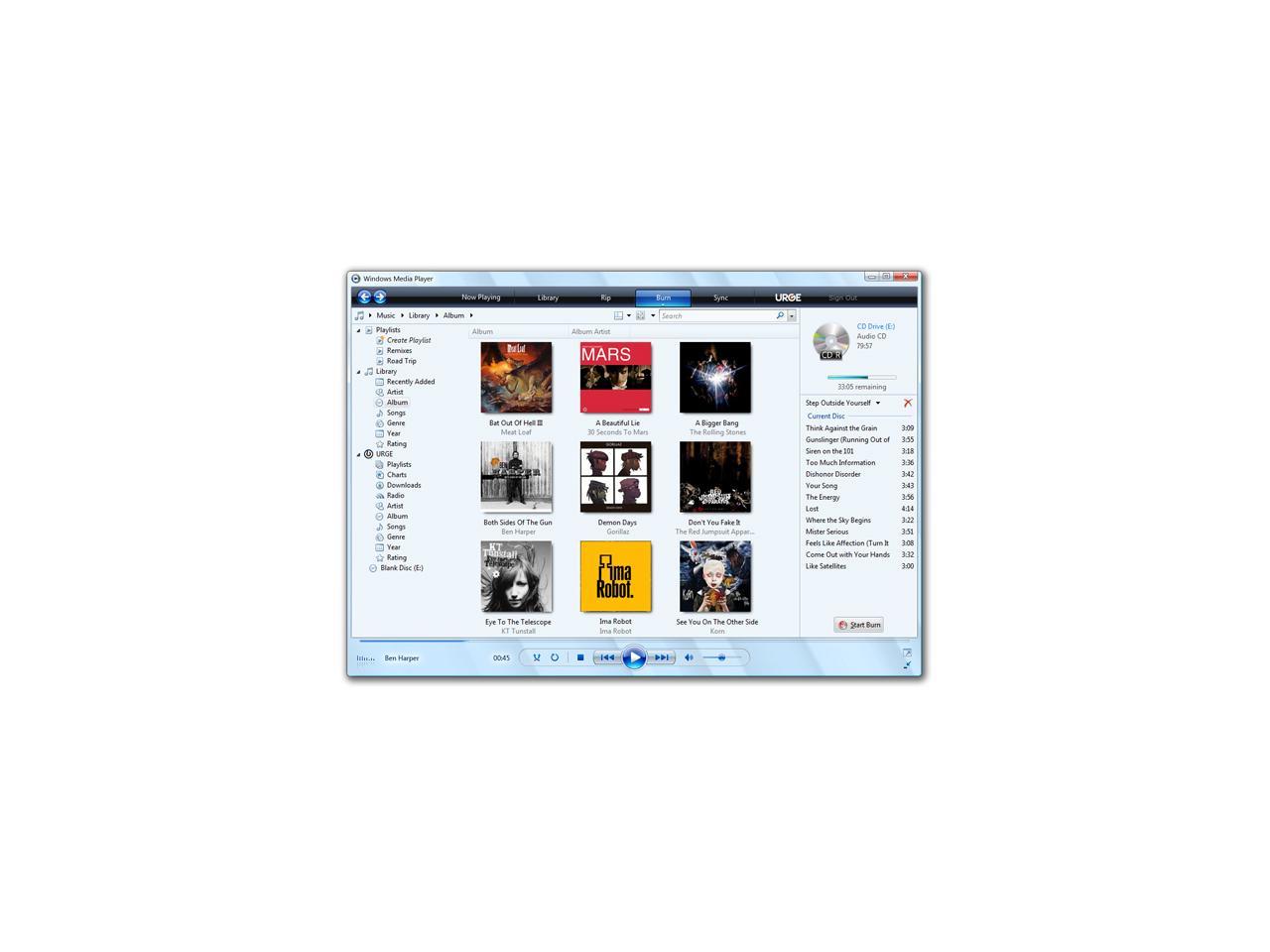 (67) Write a Review
OUT OF STOCK.
Specs
Reviews

Pros: Vista installs easy and finds its own drivers. I installed this on a New Gigabite board with two gigs of DDR2 800 speed and it loads so fast the line only goes across the screen three times before vista comes on. It works perfectly on everything and surfs fast too. I think it looks pretty nice. Its easier on the eyes because it doesent look like tinker toys, like XP.

Overall Review: YOU CAN TURN OFF THE PART WHERE IT ASKS IF YOU WANT TO PROCEED! The part where it asks you if you want to proceed with this action. I'm thinking about putting it on my Crosshair so I can play X10 games. Yes Im aware it takes away from your memory and that,s why Im using 4 gigs of Cricial Ballistic and a 5000 Black processer.

Pros: Easy & simple install. Afer all I have heard about Vista, I am surprised. Vista even picked up the proper drivers for motherboard except one, which I used the Motherboard CD.

Overall Review: Since this is the Home Basic edition, I really don't see the big advantage over XP. Seems very stable.

Cons: You will not find Vista drivers for much of your hardware purchased new even as late as a year ago. Some manufacturers "Vista" drivers will not work. This OS has all the same problems as RC1 (which it is,but without the June 1st experation).

Overall Review: Installing this gave me that warm fuzzy feeling I get when installing open source OS's on computers (..wait.. no, that's vomit).Vista should only be sold on the latest gaming computers bundled with hardware along with its Vista driver disks.Don't even think of installing this on a two or three year old computer, or one you just built "on the cheap". Forget about the games you played on XP. This OS is even worse than Mellenium Edition was, but at least it is stable (my computer only crashed once the first hour due to a camera I installed that I bought new one year ago). Somebody laid an egg.

Pros: Yup, it's another Microsoft OS. It works.

Cons: It's not XP, Soooo driver compatibility is a guess work! Had to buy a new scanner (it was probably time anyway?) because Canon doesn't provide a Vista driver for the N650U. Also, I have an audio card which won't work either because M-Audio hasn't released a driver for it.

Overall Review: My copy of XP wouldn't install on my new Gateway, so I was forced to buy this (I suspect some bios conflict, tried 2 different copies of XP) -- Should have bought a Mac instead of my Quad Core Gateway! Shame Linux isn't more multimedia robust...Because I am into Digital Audio Recording I have to use Mac or Win...should have bought a Mac!

Pros: Lack of Media center and aero. quick set up.

Cons: Thought would use 4 gigs of memory but reads 3.

Pros: It looks pretty, and lots of new features that I like, particularly the games center and sidebar.

Cons: Not very many drivers for much of my hardware, occaisionally bugs out, incompatible with some of my software.

Overall Review: Unless you are an enthusiast and you want it, I would recommend waiting until they smooth out the kinks. Would not buy it for the average end user.

Cons: The security is a little high for me and the User Account Control can get annoying. Kind of a resource hog too.

Overall Review: I would say if you have XP, stay with it. Its not a bad OS but definitely not a reason to upgrade. Especially since not everything works with it yet. A couple of my XP programs don't run correctly on Vista but I'm waiting for upgrades to those programs. Other than that, if you have near-latest programs and you want to upgrade to Vista, go for it. If you want to save the money, stay with XP and wait till Windows 7 comes out.