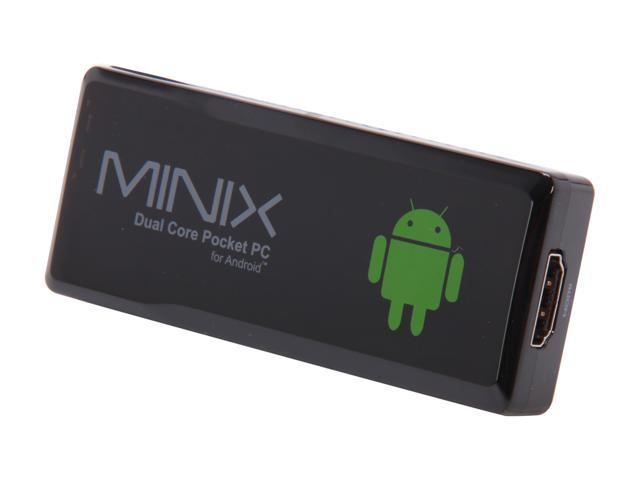 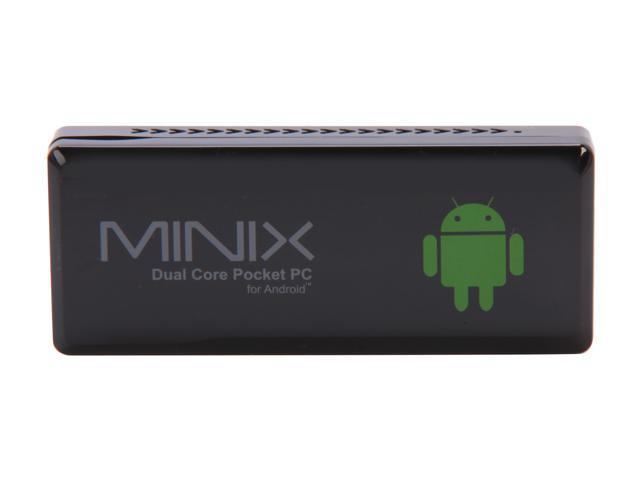 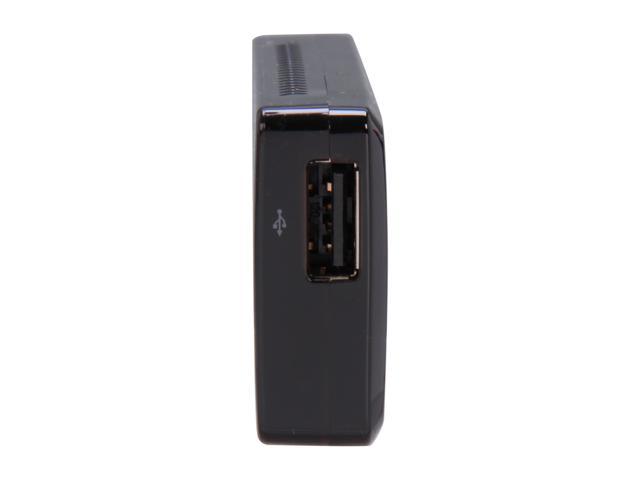 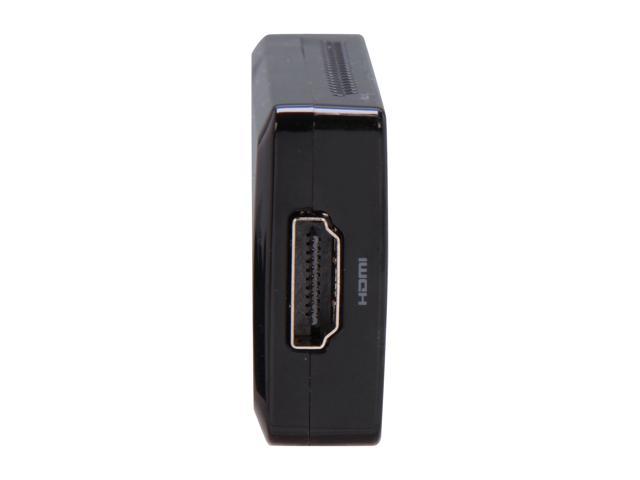 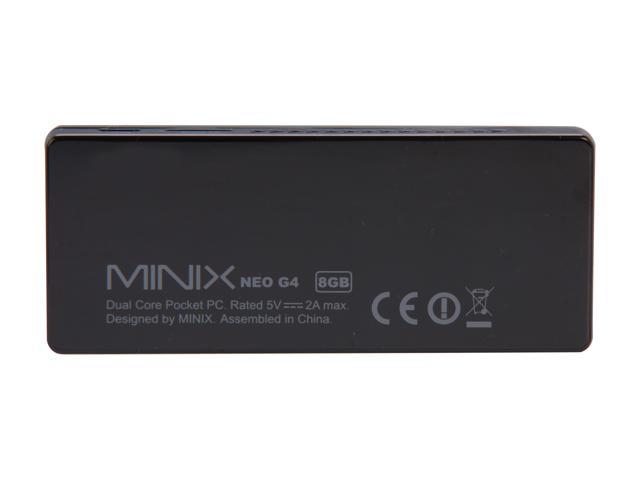 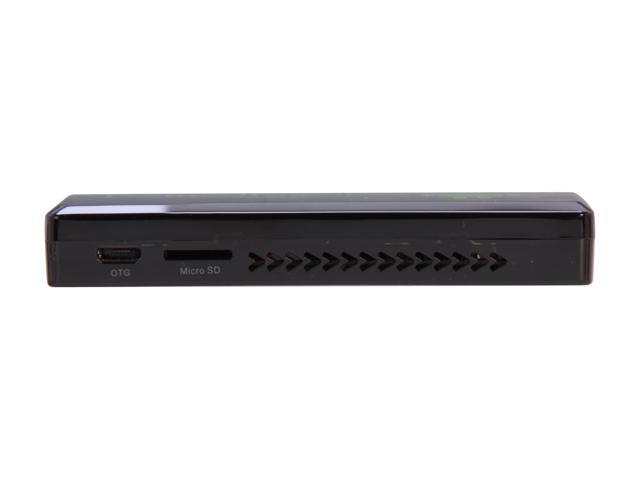 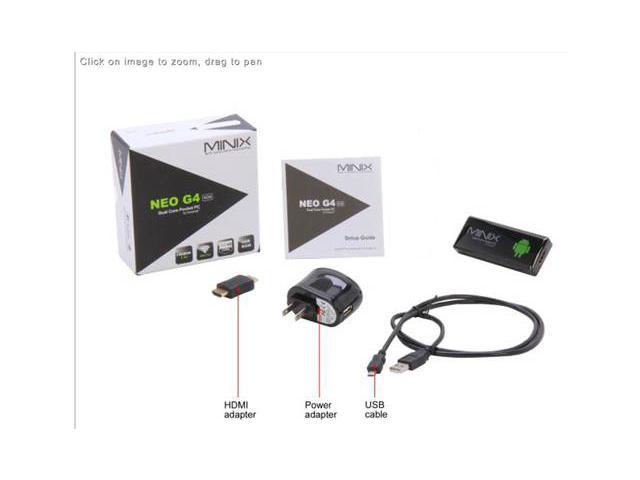 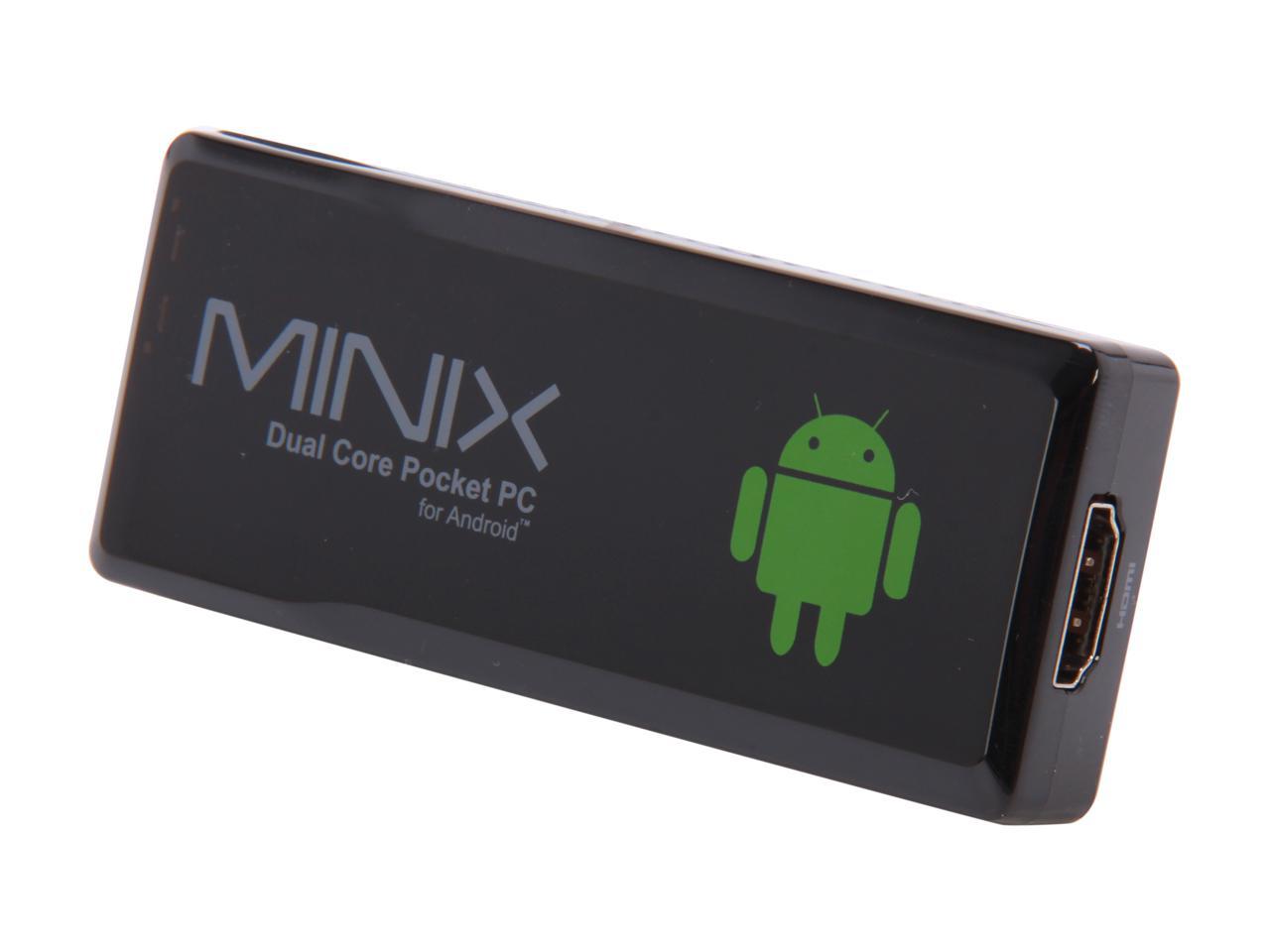 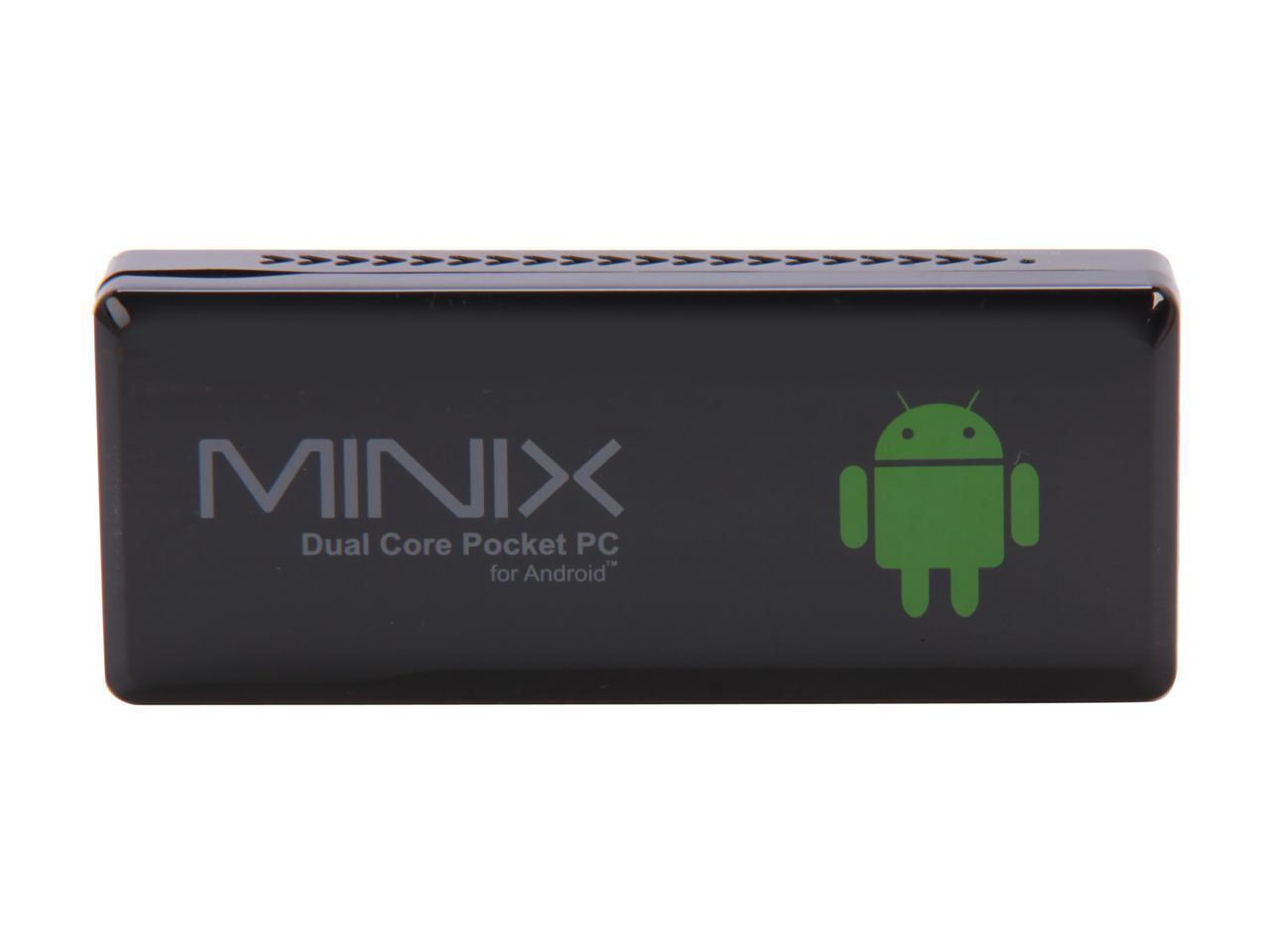 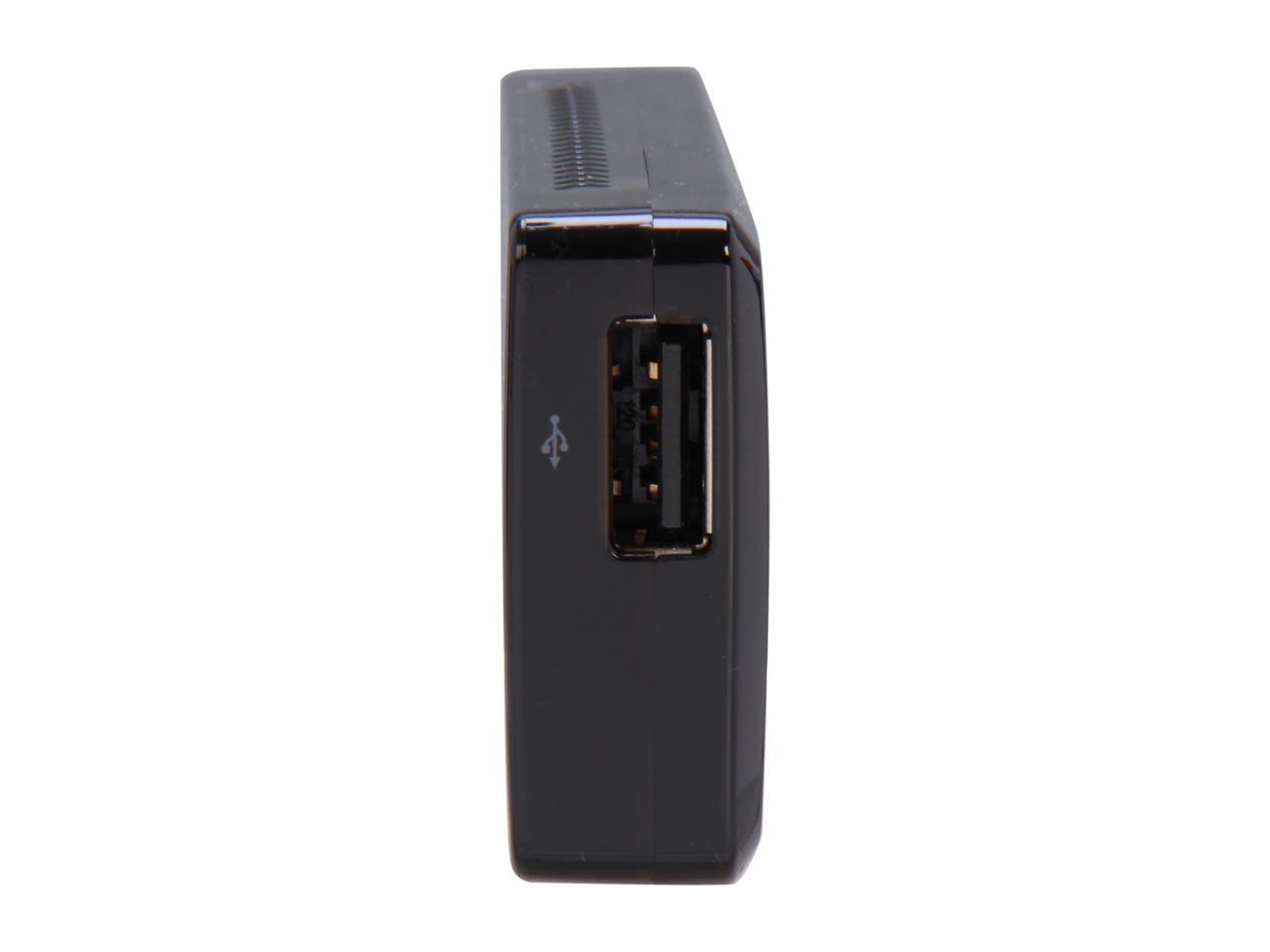 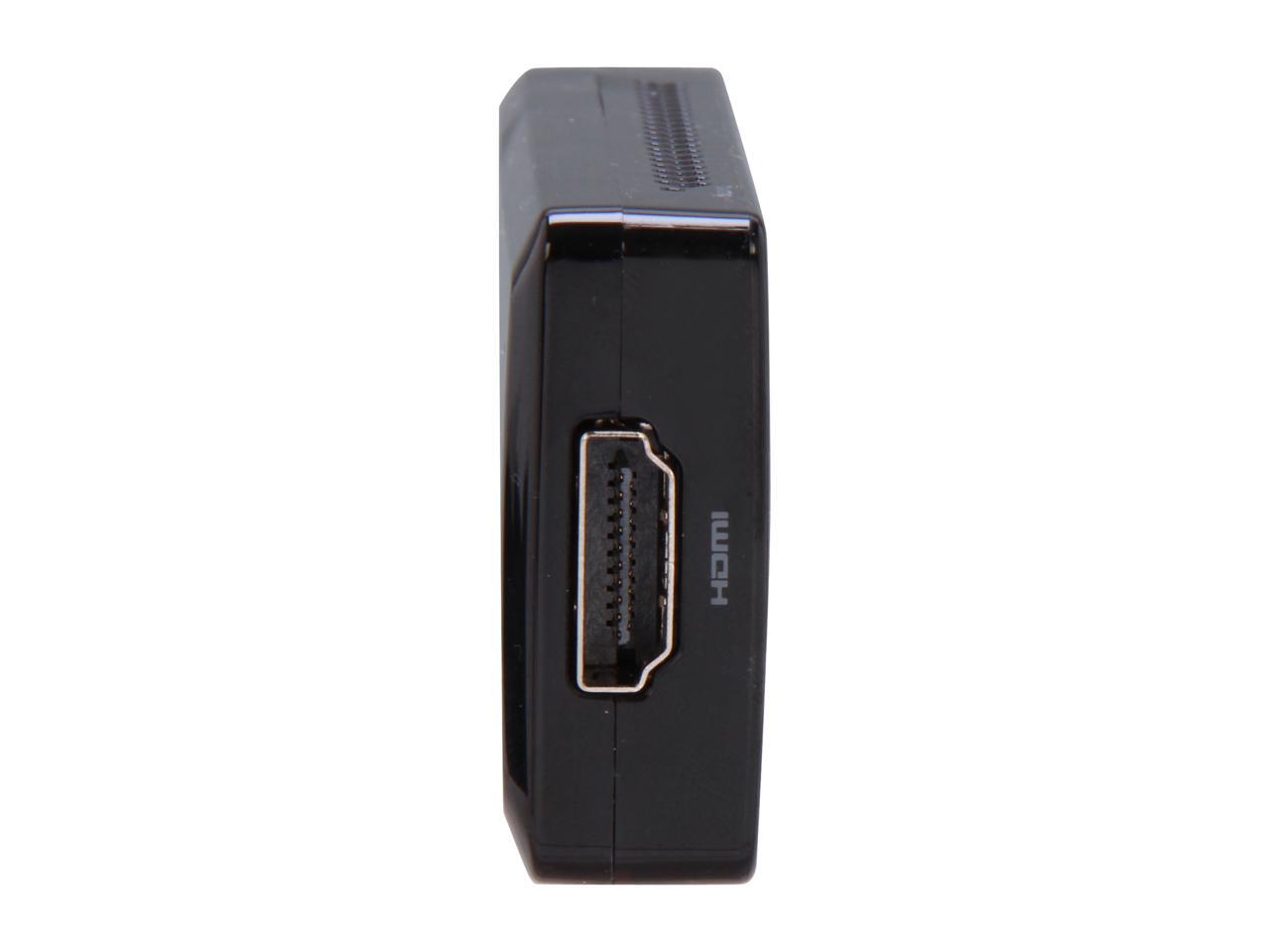 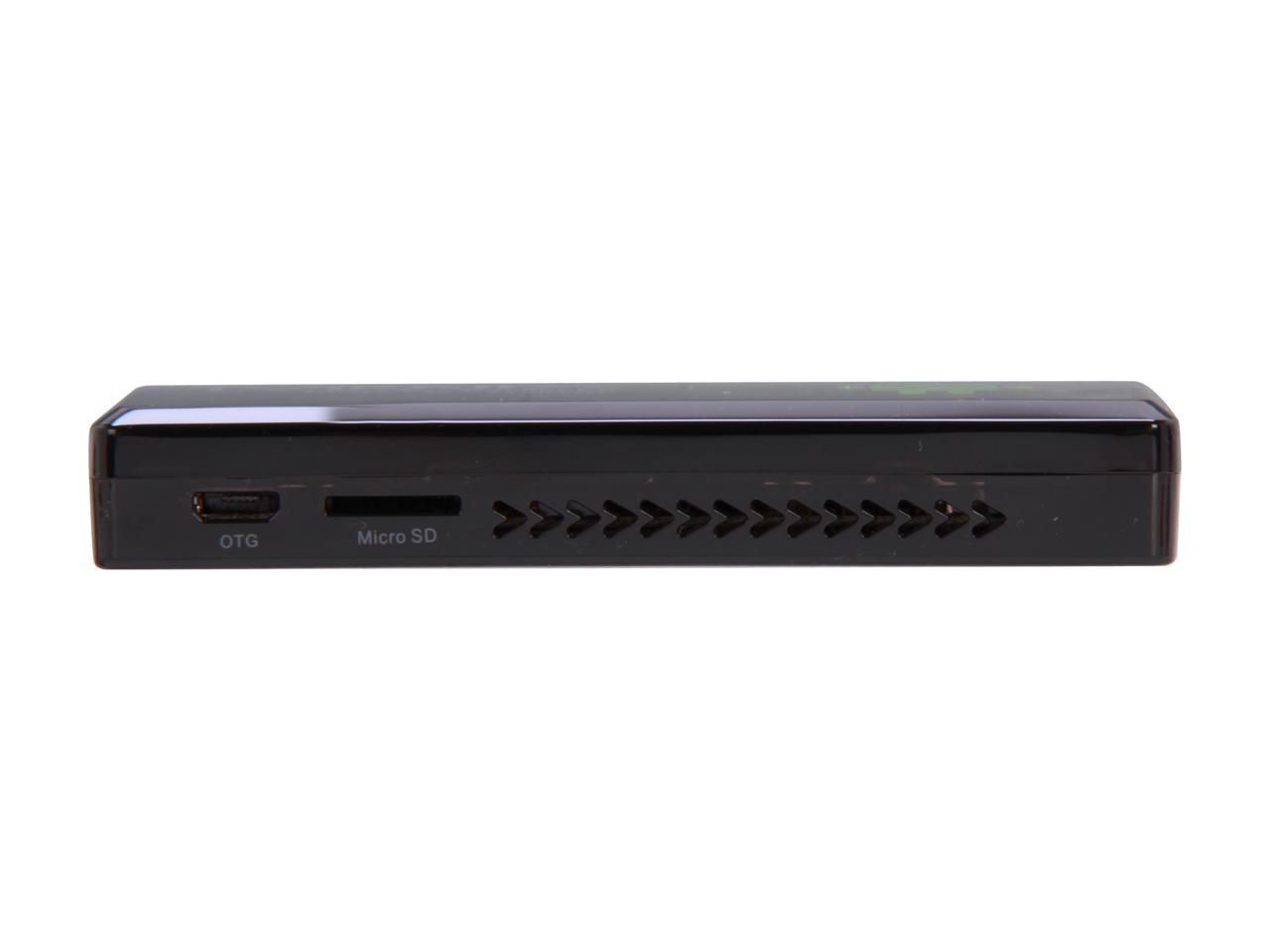 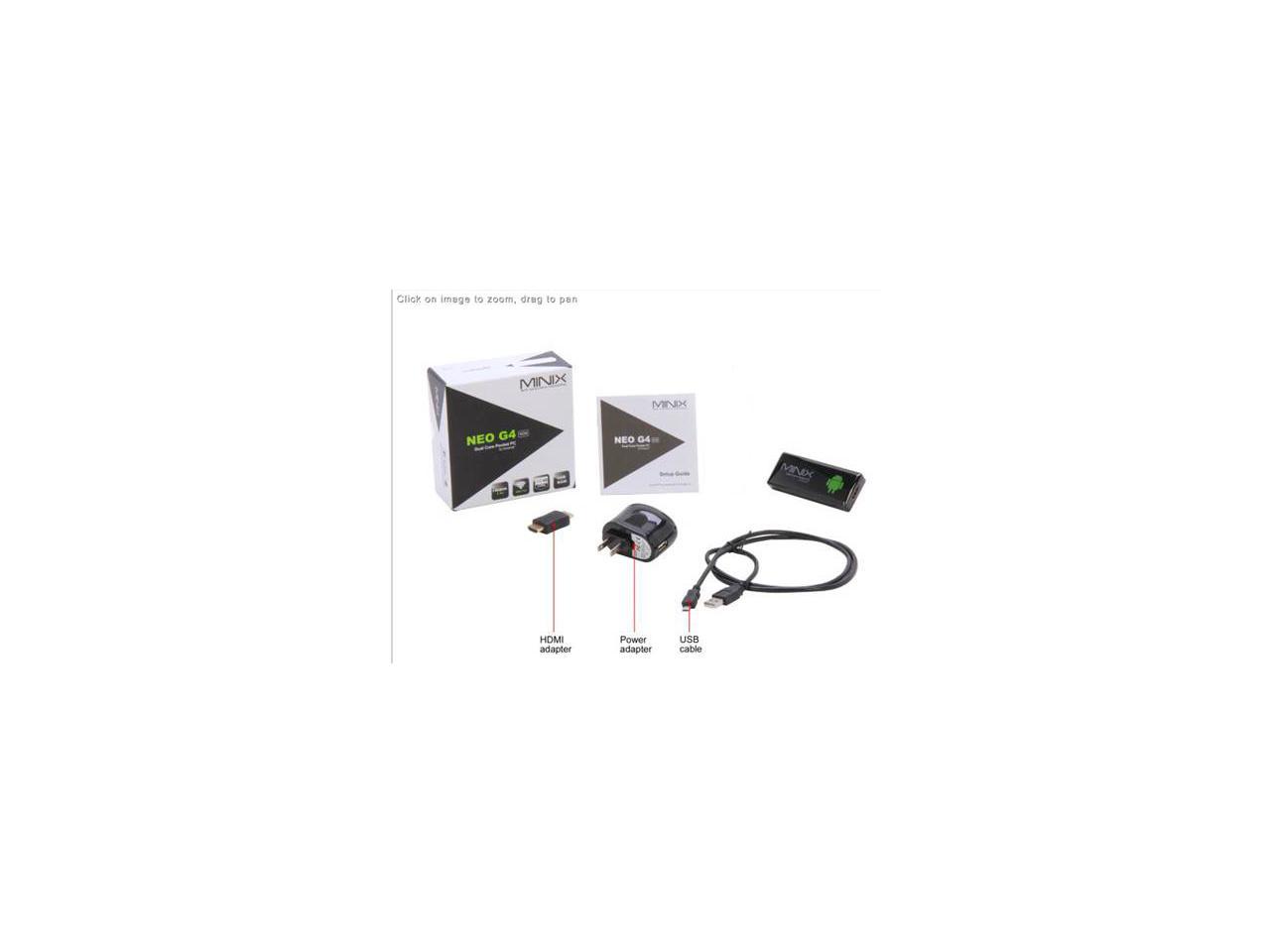 Have you ever imagined a PC the size of a USB flash drive? The Minix NEO-G4-108A is that PC!  In spite of its size, it's packed with powerful components including a dual core ARM Cortex A9 processor, quad core Mali 400 graphics processor, 1GB of RAM and 8GB of storage for smooth operation. HDMI and USB ports allow you to connect an HDMI-enabled monitor or TV and a keyboard, mouse, and other peripherals. A card reader is also built in. It features built-in 802.11b/g/n WiFi and runs Google Android 4.0 Ice Cream Sandwich OS.  Amazing!

Learn more about the MINIX NEO-G4-108A

Pros: This does it all. A USB powered hub is only 5 bucks shipped so you really have 7 ports. I really hope I can get bluetooth on it if not I am going to sell it and get the x5. I installed android 4.1 and rooted it. all from watching DAVE01568 on youtube videos. although he roots it before android 4.1 and its got some different steps if you root it after 4.1

Cons: Have not tried Bluetooth dongle. someone on youtube claims they are running DroidMote via Bluetooth. They have a video of it on there but they do not show the actual Neo G4... I have asked them and waiting on a responce.

Overall Review: Someone here said they had trouble getting MOBOROBO to work. I did too. Here is how you do it.. (after installing android 4.1.1) download and install moborobo. plug the g4 into your laptop via usb. go into settings on Neo g4. under USB click connect to PC. then under Security click Unknown Sources, then finally under Developer options click USB debugging. All the sudden MOBOROBO Works and you can root it with SuperOneClickv2.3.3-ShortFuse

Pros: Works right out of the box. Google Play is fully integrated, so far no issues with apps. XBMC supported, flash enabled ( and yes, you can still enable it even after 4.1.1 upgrade ).No issues with WiFi, one of hte reasons that I decided to go with Minix Neo G4 is lots of complaints about wifi strenght on other devices. Price is fair, and with Newegg`s shipping, we have a winner ( I got it for $69.99 with free 2 day shipping ) ! At the moment, probably the best USB android mini PC available.

Cons: Remote controller that comes with it sucks ; range is poor and limited, do your self a favour and get any wireless keyboard/mouse. Also, I would like to see one more USB port available, but I can live without it. ( just get powered USB hub ).

Overall Review: My guess is that in a few months there will be even more affordable options. No need to upgrade your TV, just get one of these.

Pros: This is an update to the "Great value" review I posted a little over a month ago. Posting this update in the hopes that my experience will benefit others. I've continued to be generally pleased by the Neo G4, with the exception of ... (see Cons)

Cons: ... the increasingly-frequent instances of temporarily dropping the connection to my media server, which caused excessive pauses and timeouts. I spent a few weeks trying to debug the issue, using different video apps, sourcing from a different physical server, going over different network protocols, and checking against different Android devices. Ultimately, I narrowed the issue down to the Neo G4's wireless drivers and/or chipset, which is in line with other complaints I've heard about the device. But ... (see Other Thoughts)

Overall Review: Based on some cryptic notes I found on the interweb, I was able to overcome these wireless issues with some ROUTER settings. I own a Belkin dual-band router, with one radio broadcasting 802.11 b/g/n at 2.4 GHz, and the other broadcasting a/n at 5.0 GHz. I disabled my router's 5.0 GHz radio, and the Neo G4's connection hasn't dropped since. Fortunately I'm not relying on high-speed wireless for anything else, but this seems like a real issue, and there isn't any evidence of Minix pursuing a fix. I doubt I'll buy another Neo G4, as I initially speculated -- although I may consider a Neo X5, since this comes with an Ethernet jack on-board.

Cons: Streaming anything above 720p is not watchable. The included remote is useless, use a wireless mouse instead.

Overall Review: Got this to install XBMC. As long as you stay with 720p streams and under, it's good. I would expect future firmware to possibly correct this issue.

Pros: WiFi works unlike all the other Android TV sticks, although the performance is not all that great. At least it works, unlike the MK808 which I also bought.

Cons: Apps such as MLB At Bat, CNN, TuneIn Radio, etc are not compatible with this device and Google Play will not even allow you to install them. There's no way of knowing which app you need will work or not on this device.

Overall Review: If I had to do it over again, I would not buy this device. My biggest desire was to run MLB At Bat so I could watch baseball games on the big screen but as stated in the Cons section the device is not compatible with some Android apps. NetFlix does work and the video quality is acceptable, doesn't look like HD but is OK. It has 8GB flash storage despite what some other reviewers are saying. It is not partitioned as one big 8GB drive which is probably causing confusion for some people.

Pros: Powerful android system for the price... comes with the Play Store, unlike most "budget" Android devices. Supports up to 720p screen resolution, but scales 1080p videos just fine.

Cons: Video options show 1080p resolution as an option, but it still runs at 720p... and Minix says the device will never officially support 1080 resolutions.

Overall Review: Bought this hoping it could replace my aging home theater PC, and it's _almost_ there. Doesn't support HD videos in XBMC yet, but the built in apps work well with up to 1080p videos. Running an experimental build of XBMC at the moment, I can either run HD videos -or- SD videos, depending on settings. Developers are currently working on fixing these problems, however! Looks like it will be an excellent media center computer when they are done!

Pros: Knowing its limitations upfront this has meet my requirements. oh yeah WIFI works great. Sound is enough for me as i know it has only 2 channel stereo. Netflix streams over WIFI with no Hiccups (I use N for my connection so not sure on B,G speeds). I also upgraded to Jellybean 4.1.1. I recommend a powered USB Hub for multiple USB connections. I also bought the logitech K400 wireless keyboard http://www.newegg.com/Product/Product.aspx?Item=N82E16823126264 works like a charm. Also some games don't work that require the slide function example "Temple Run and such" but Angry Birds worked fine, so its not the fault of the device but what you use as a mouse keyboard setup. So far this device is working like expected will update if something major happens. One last thing XBMC works fine on this device. Device Specs: 802.11b/g/n 10/100Mbps (Ethernet Via USB) after Jellybean 4.1.1 upgrade 1 x Micro SD Card Reader (SD 3.0) 1 x HDMI 1 x USB 2.0 1 x Micro USB OTG Port (Power connection for Unit) 1 x IR Receiver (Remote)

Cons: Nothing. Please with people scoring low or complaints please view the SPECS of this device. Know what you are buying before you buy it.

Pros: works out of the box, fast, fluent, everything you would expect from a high end tablet OS. Google play store.

Cons: The remote that comes with it is cheap and frustrating to use. Does not support Hulu Plus, one of the main reasons I bought this was to transition from cable to Over the Net content. The hardware is not supported YET. All owners of this device need to contact the Hulu and let them know it needs supported.

Overall Review: Very satisfied overall especially after using a mouse with the USB, as the remote that comes with it, is slow and cumbersome to use.