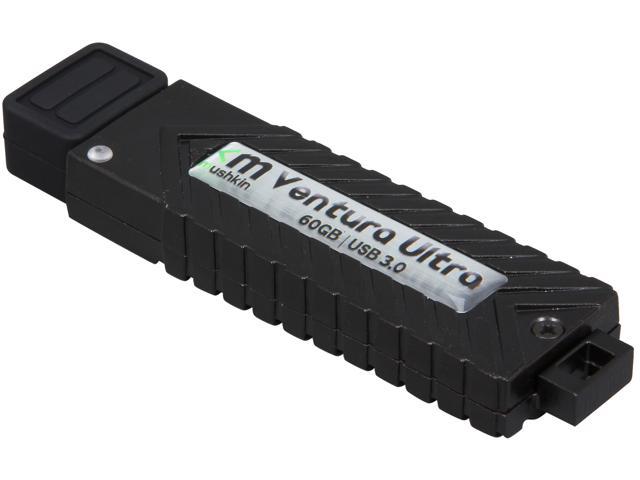 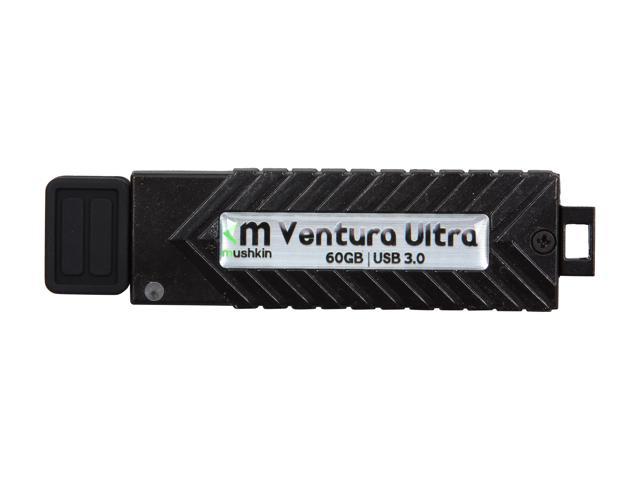 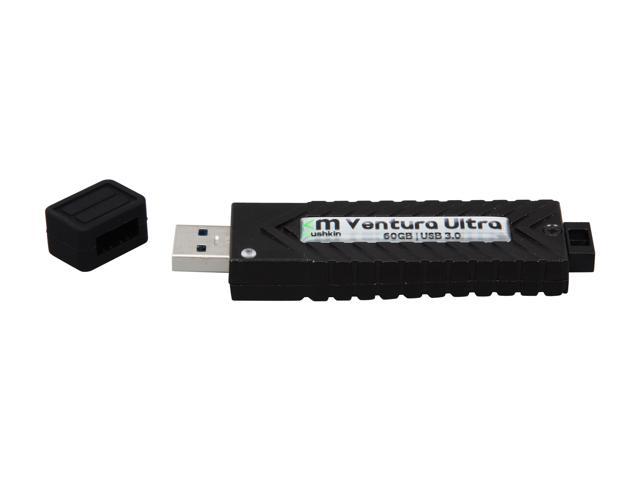 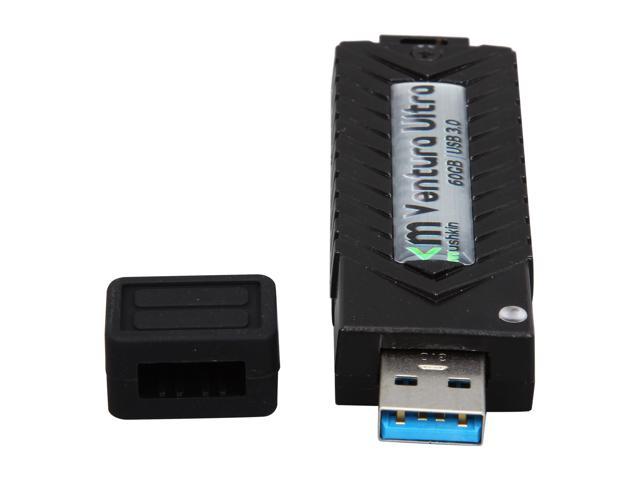 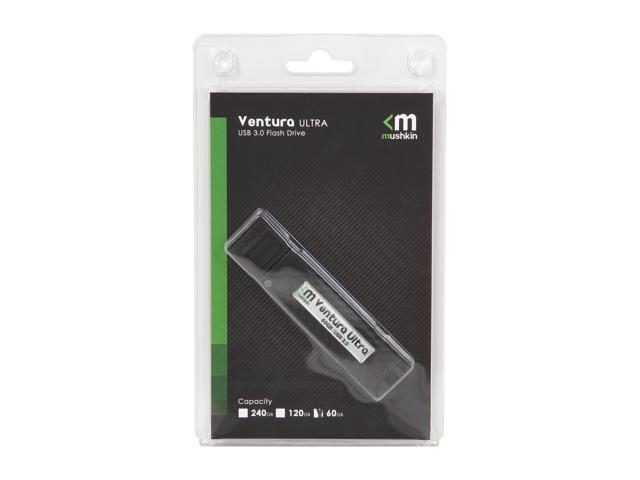 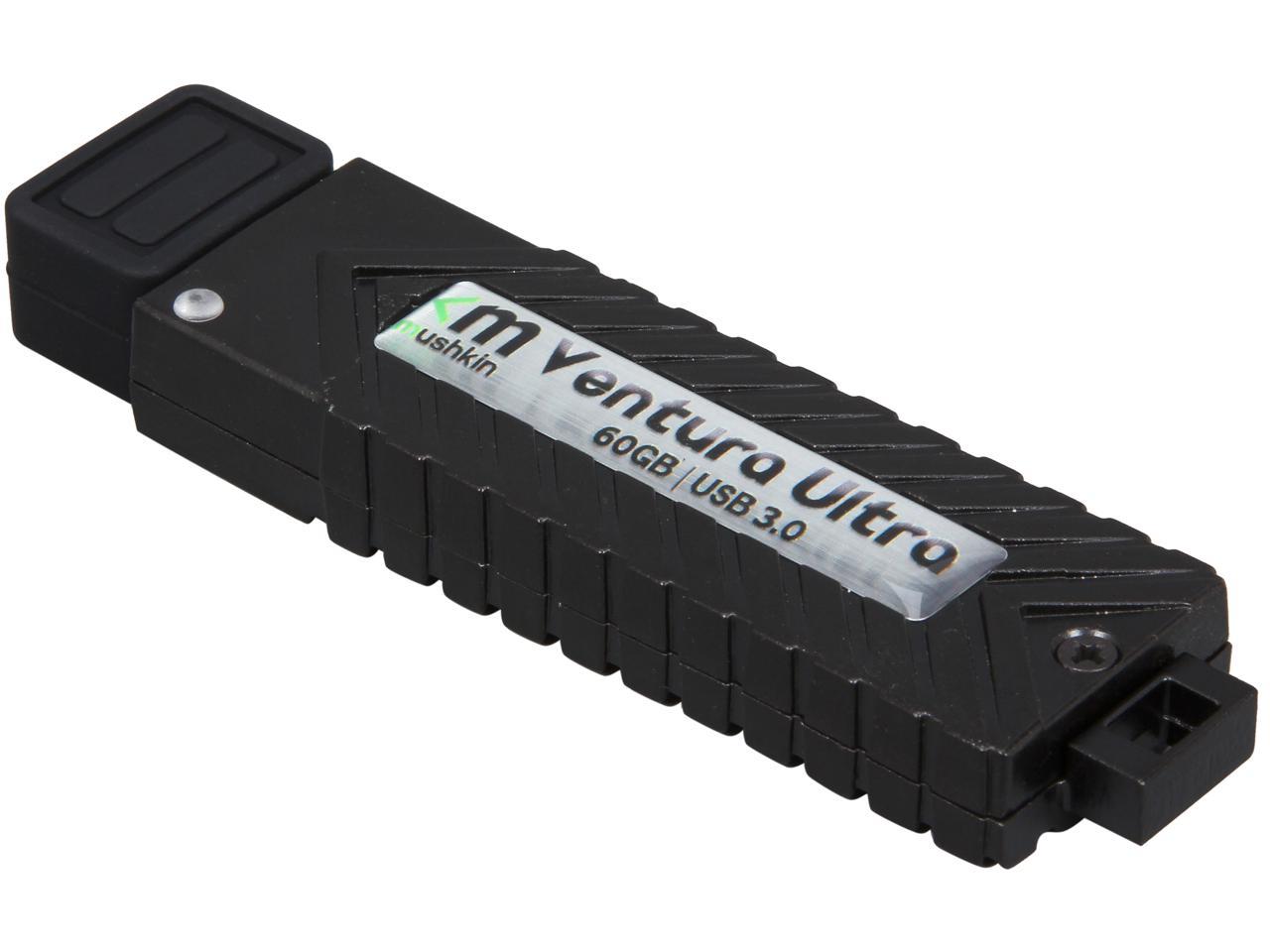 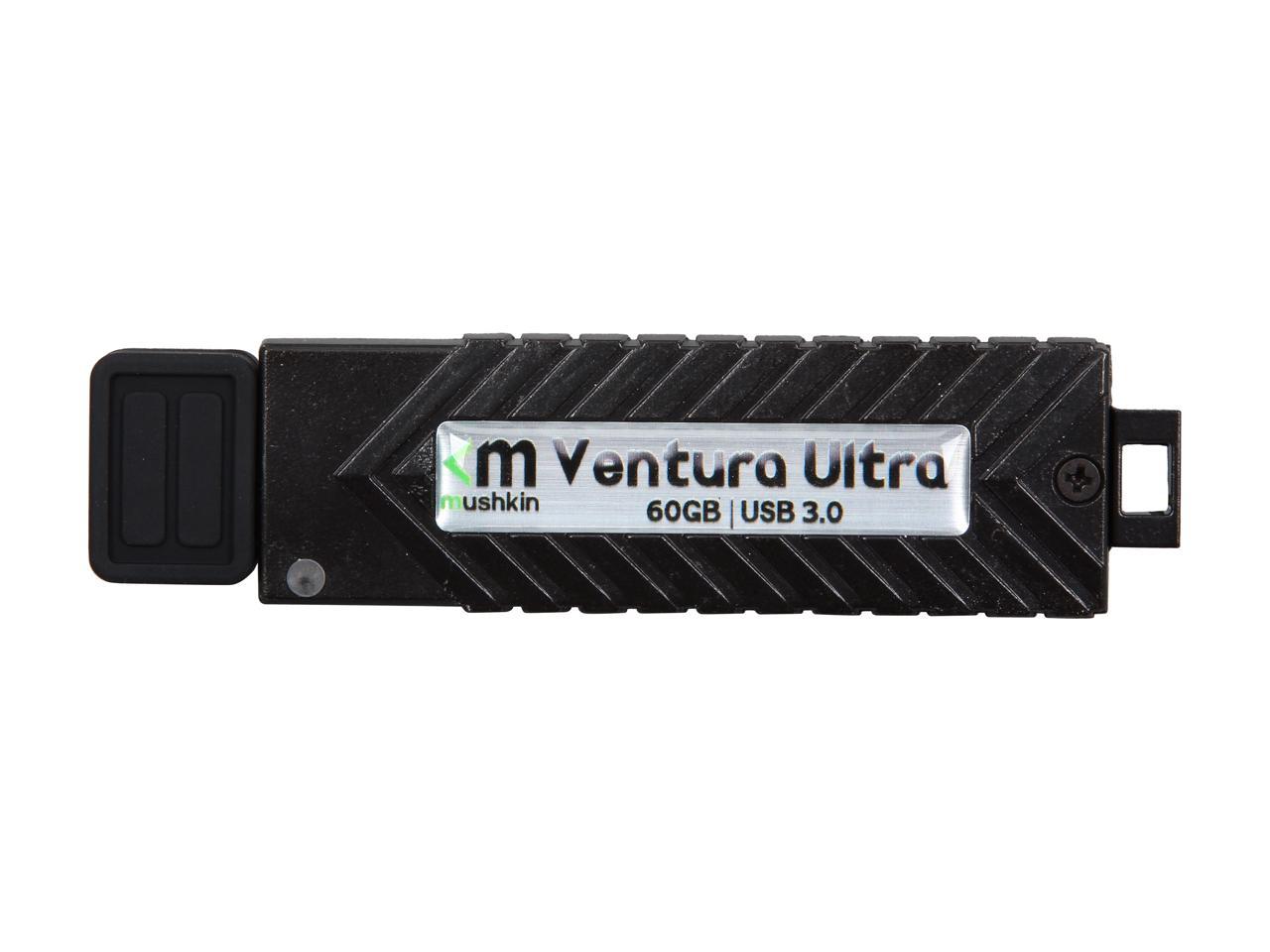 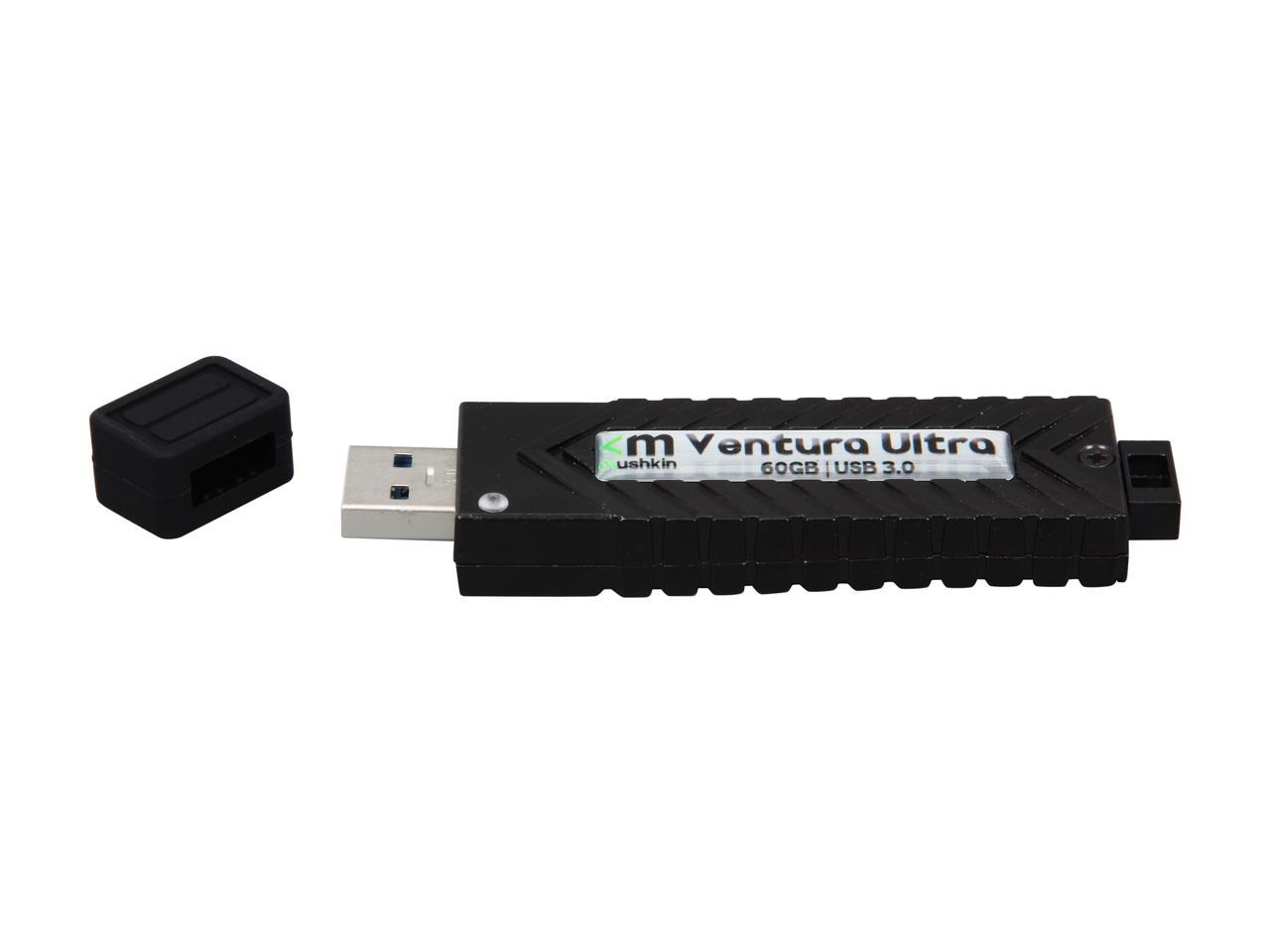 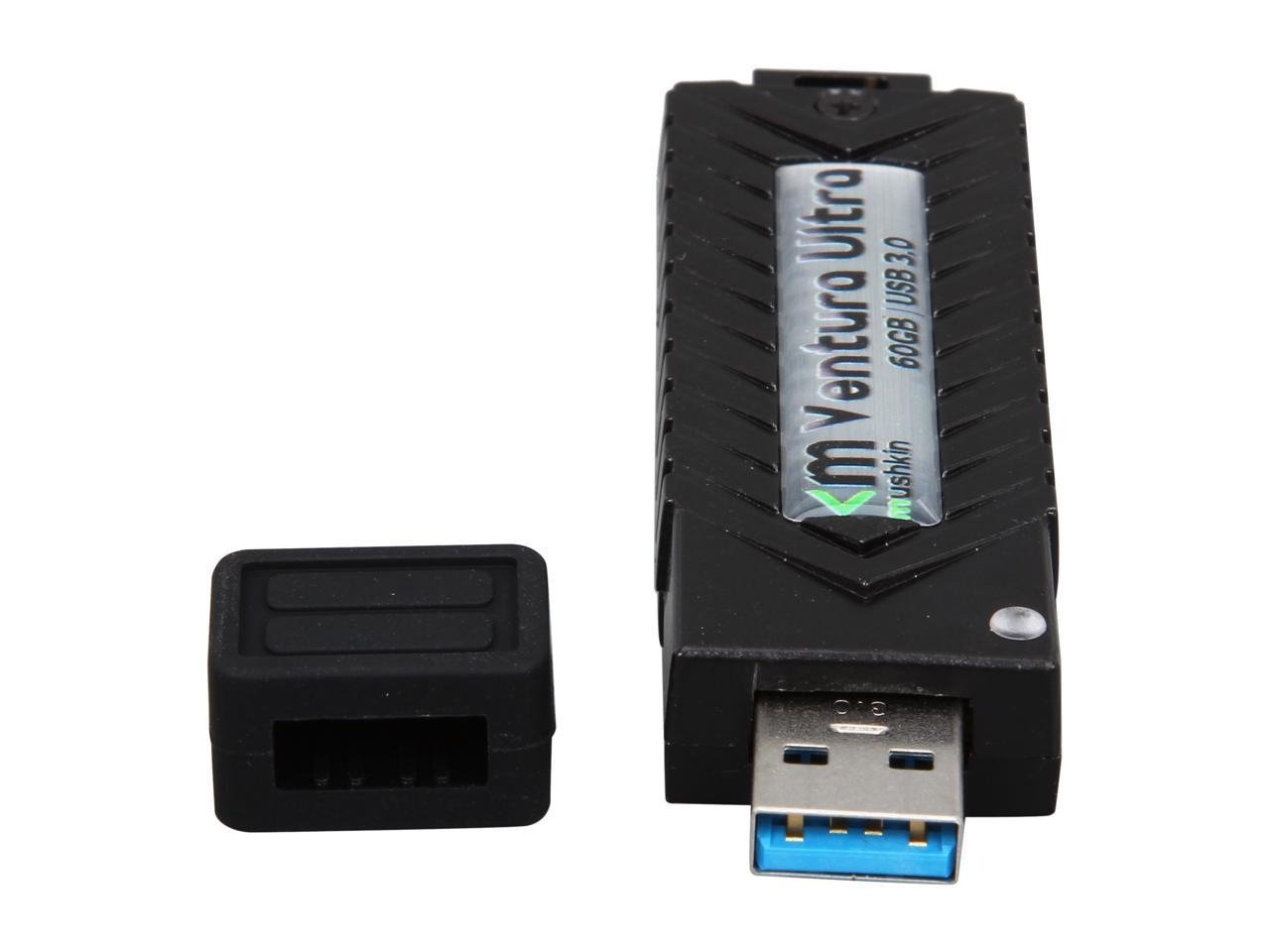 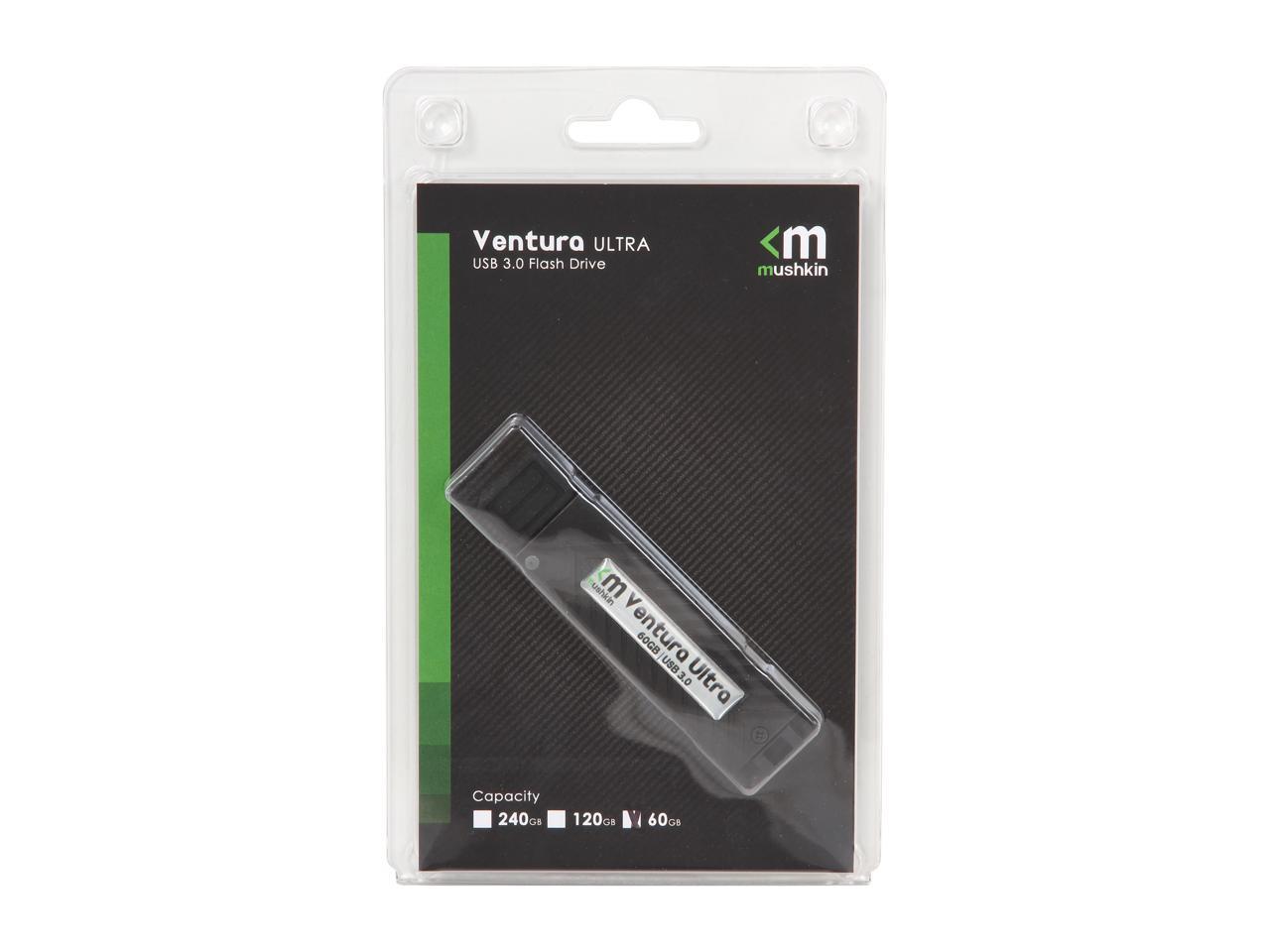 Pros: 1. Build like a tank. This drive is made of military metals 2. Fast, Fast, Fast! I benchmarked the drive on my Asus Sabertooth z77 motherboard with Intel USB 3.0. Read speeds were average 430 mb/s and write speeds were 430 mb/s as well. 3. Mushkin, to me, means quality. I had presales questions and they responded very quickly to me. Good to know that the product has solid support. 4. This Is really a portable SSD. They use the same memory chips in this drive that are used on their SSD's and the controller as well. Compacted down to one of the five fastest Flash drives you can buy! 5. Price very competitive with drives that are NOT as well constructed or as fast.

Cons: 1. Not a con, but the drive gets really warm when writing a lot of files / large load. Think about it...to write that fast, it is going to get warm. In comparison to my Mushkin Venture Plus drive, not all that much warmer. 2. The drive is long. Other people have complained about the width of their drives. This drive is normal width, but is about an inch longer than most. Not a deal breaker by any means.

Overall Review: If you are running Windows 8/8.1 and have built in (Intel) USB 3.0, you are going to see the best bang for your buck with this drive. For some odd reason, the drive seems a bit slower in Windows 7...perhaps because many older machines that came with Windows 7 didn't come with Intel native USB 3.0. If you have other USB 3.0 like Asmedia, you will still see a benefit but about 3/4 the speed. I benchmarked on my laptop, with Asmedia USB 3.0 and it gets 325 mb/s read and about 310 mb/s write. Still...when you compare to other drives on the market, this drive is a steal! I highly recommend this drive.

Overall Review: Came unformatted. If your need is for speed, this is the stick for you. If your need is for reliability, the heat could be a minus. My other Mushkin sticks have worked great. My tech knowledge is paltry, boo-hoo, but my USB stick is faster than yours, ha-ha!

Cons: heat. gets too hot to touch. Also slows down considerably under load. If you puke 240GB of data for sneaker net transport of data it will slow down to <10 Mbs and become to hot too touch or even pull out of usb port when done.

Overall Review: For long time permanent use and to keep from returning it, I re-fomatted as FAT32 and stuck it on my PS3 USB for games, or use it to hold music for the usb ports in my car. Using a USB 2.0 port slows it down enough limiting the heat issue some. it still gets to warm too touch even if inactive. I would not buy again nor recommend. Better to have a SSD with an enclosure than this.

3 out of 3 people found this review helpful. Did you?
Manufacturer Response:
Hello David, My name is Sue and I’m with Mushkin customer support. I apologize for the issue that you’re having with our 240GB Ventura Ultra. Our customer and technical support are here to assist you with troubleshooting your issue. If we cannot find a resolution, we will be more than happy to replace your drive. Please don’t hesitate to email us at support@mushkin.com or call us at 1.800.569.1868. Our support hours are Monday through Friday 9am-6pm (CST). Thank you for choosing Mushkin Enhanced.
Rosemary G.
Ownership: 1 day to 1 week
Verified Owner
A small external SSD8/7/2014 1:16:10 PM

Cons: - large - exterior looks cheap - not as fast as advertised

Overall Review: I was torn between this and the Sandisk Extreme drive. What won me over was the casing. I was worried that the plastic keychain hole on the Sandisk looked thin and flimsy, and was likely to break. There was an extreme pro model that had a more robust piece of metal there, but it was very pricy. This flash drive will not get lost. That piece is metal. It will not break. It's also huge, making it even more difficult to lose. This thing is so large, you are basically giving your car keys a handle. The drive is lighter than I thought. Very tough, but very light. It feels like you are holding a maglite. I could probably kill someone with it if I swung it just right. The sticker on the side is a bit obnoxious. It is one of those rounded protruding decal stickers, so it looks cheap, and the painted exterior keeps the cheap look going. The rubber cap is not going to fall off. I came from a Lacie CooKey that had served me well for 4 years. I accepted that I will not get the performance I want in that form factor. I accepted that if I want a flash drive that doesn't short out, I need one with a proper USB connecter. I still hated the idea of a cap. This one is a good quality rubber that fits perfectly. It will not accidentally fall off, but you can still misplace it. This drive is not as fast as the ad leads you to believe. My mac was only able to able to hit 120 write, 190 read. Windows was a little slower. I believe that comes from buying the 120 gig model rather than the 240. This is big for a flash drive, but it is really a small SSD. Higher capacities will perform better. This drive wins me over in a few ways. First, it's not going to break free from my keychain like I believe the Sandisk would. Second, even though it is cheaply painted and bedazzled, it is a very sturdy piece of equipment. Third, I get much more capacity per dollar than I would with the Sandisk. My only worry is the controller. These use the infamous SF-2281 controller. While I never use Sandforce based drives, I was willing to take the risk on an external drive. So far, it runs just fine, and should anything come up, the firmware is upgradable, so it's more about Mushkin backing the product than Sandforce. Time will tell if this becomes an issue. Finally, these do get warm while in use. They do not get hot. They will not burn you, melt your computer, or burn a hole to the center of the earth.

Cons: Really warm when it works

Pros: Decently fast for a SSD shoved into a Flashdrive chassis.

Cons: Didn't reach product spec speeds of 400MB/s which is totally fine since I suspected this as an issue with the chipset. Intel Z77 with UASP activated for USB 3.0 the drive was hitting 350MB/s where as with UASP it was reaching only about 240~250MB/s. I'm sure with a newer Z87 or Z97 chipset the speeds will skyrocket faster as the bandwidth allotment is higher

2 out of 2 people found this review helpful. Did you?
Manufacturer Response:
Thank you for choosing Mushkin. We appreciate your feedback and support.
Gregory G.
Ownership: 1 week to 1 month
Verified Owner
Nice....10/5/2014 3:13:25 AM

Cons: No problems.... I do remove the device when not in use, because it does seem to run and stay warm all of the time.... It does not get hot, but does stay warm with the light on....

Overall Review: Not quite hitting advertised speeds, but could possibly need to update my 3.0 drivers.... Hitting around 380....

2 out of 2 people found this review helpful. Did you?
Manufacturer Response:
Thank you for choosing Mushkin. We appreciate your feedback and support.
Jason S.
Ownership: 1 week to 1 month
Verified Owner
fast as advertised8/5/2014 1:30:04 PM

Cons: gets hot (even when idle)