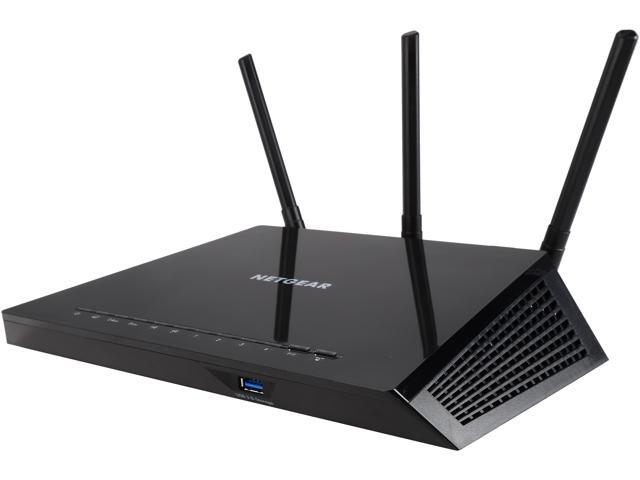 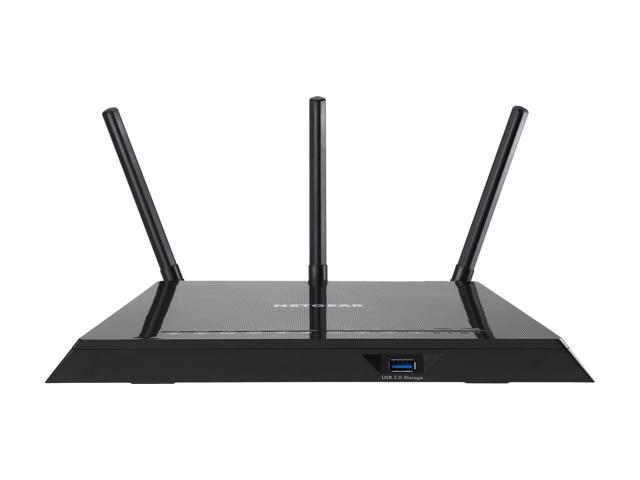 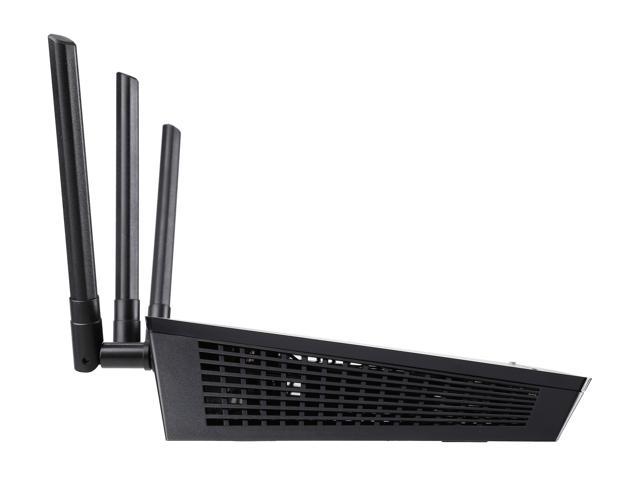 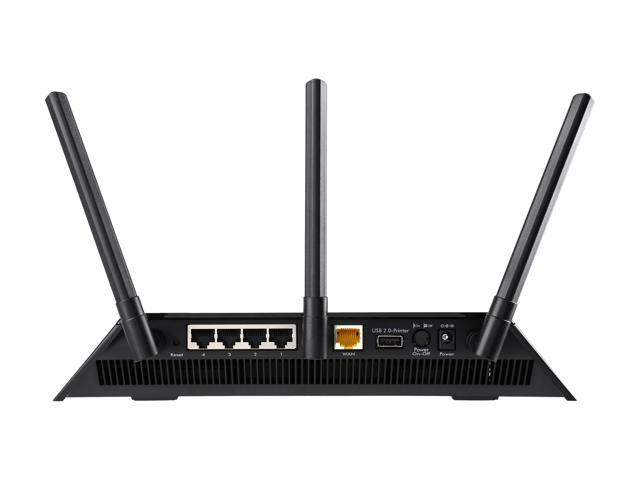 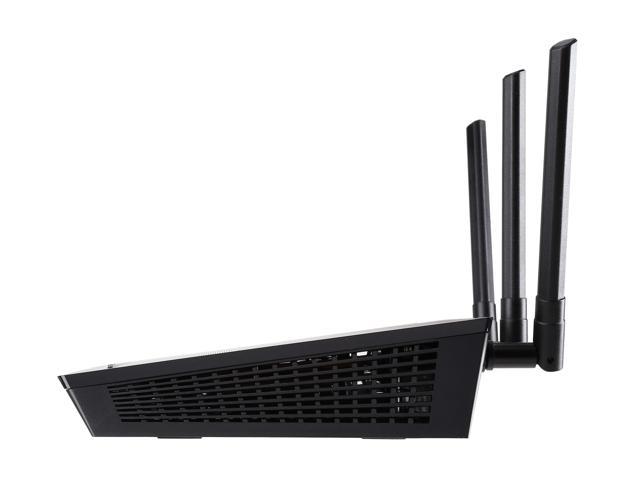 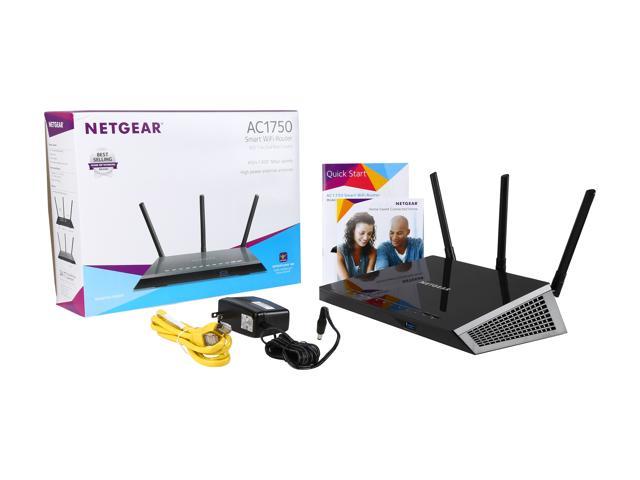 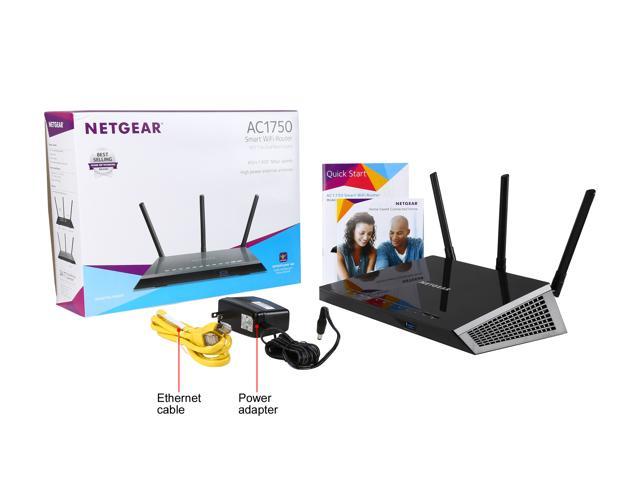 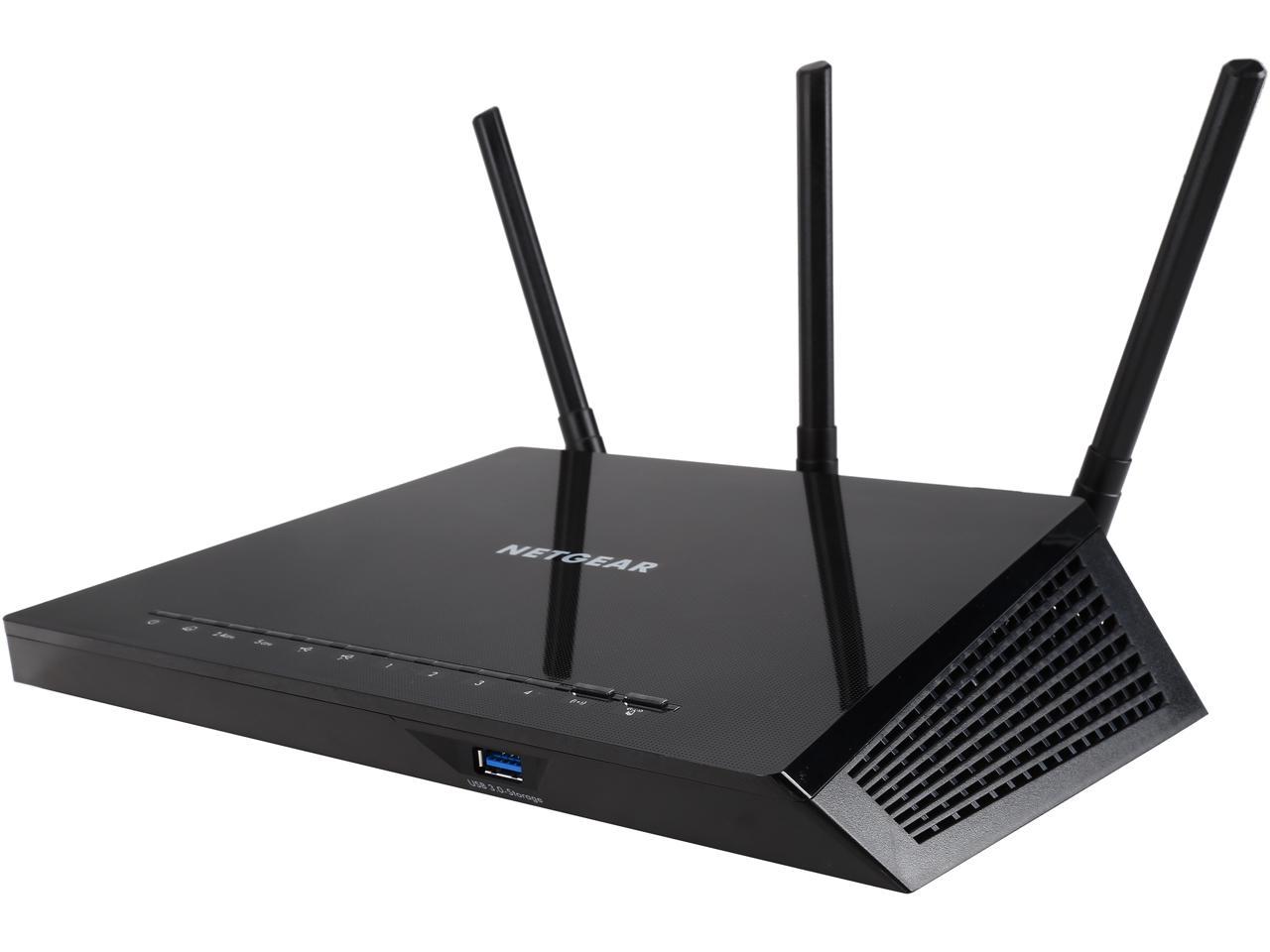 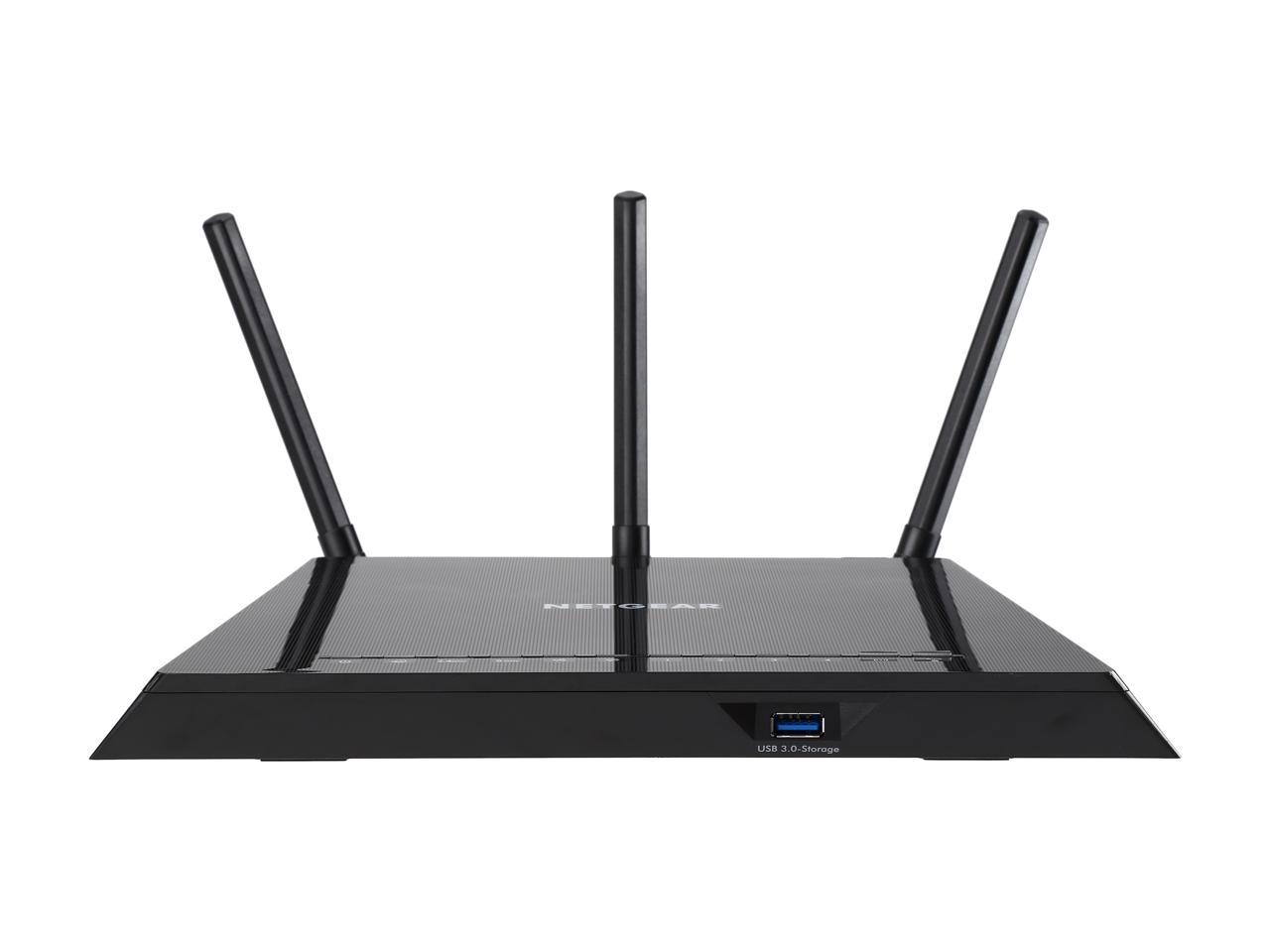 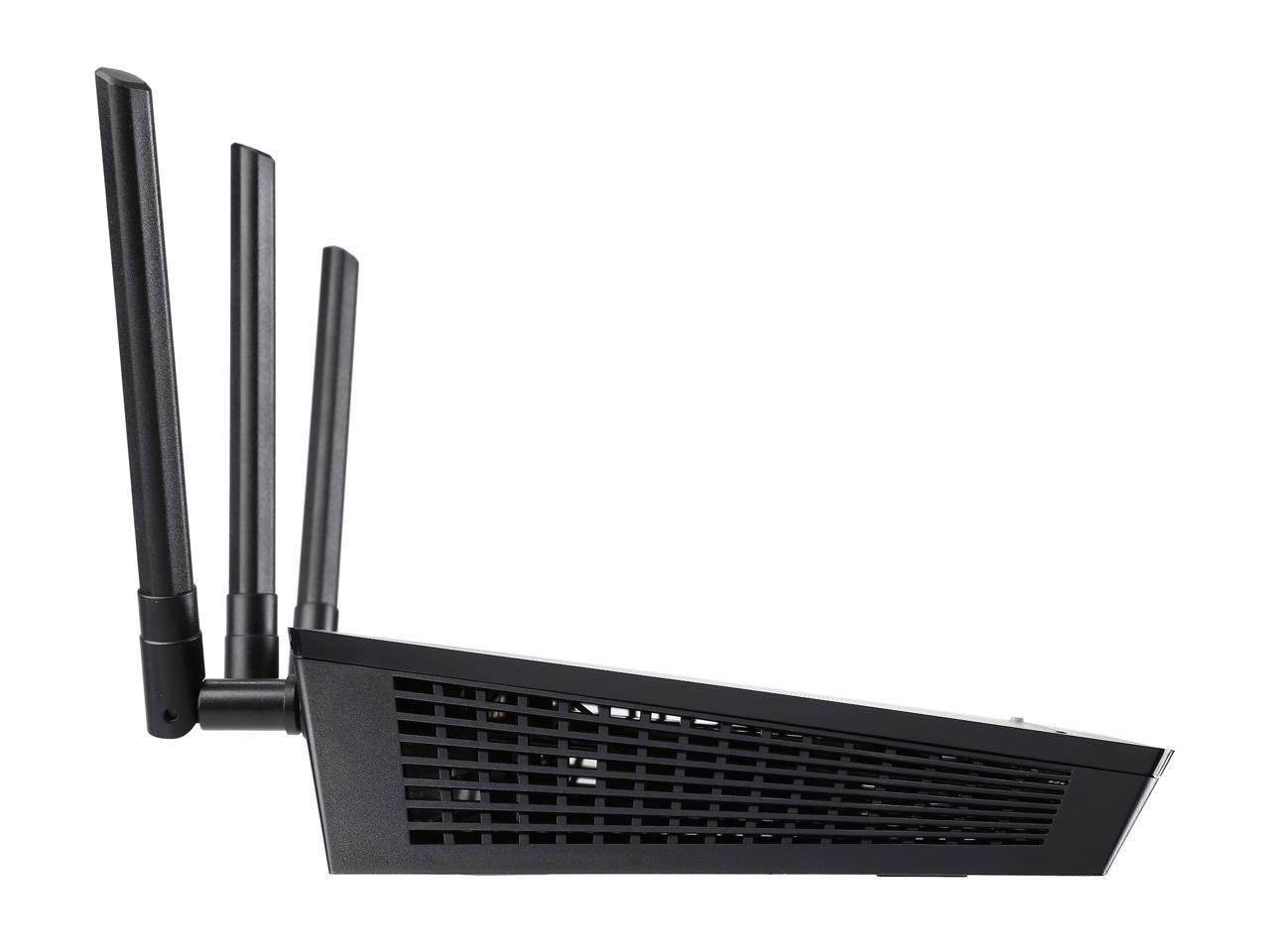 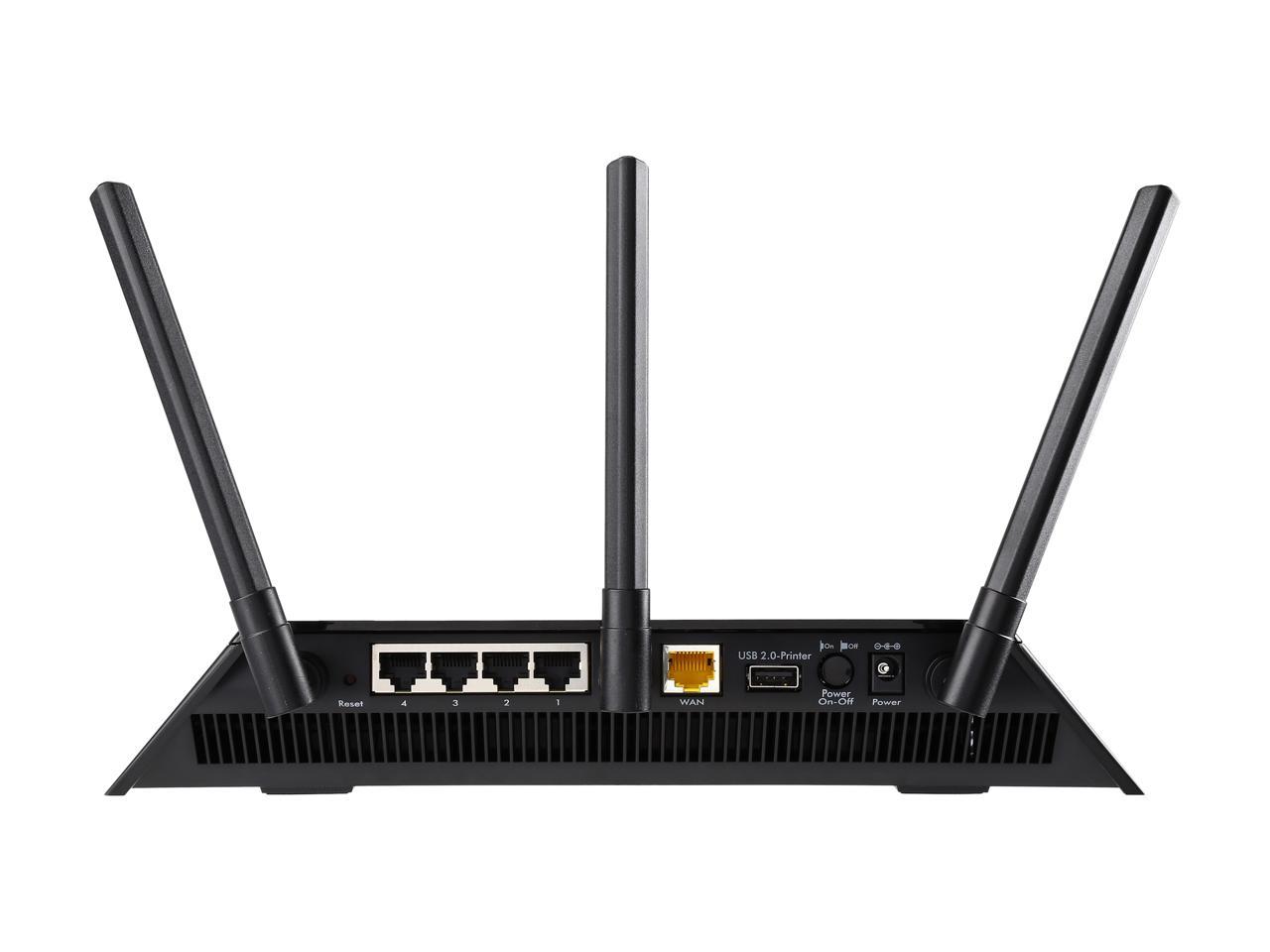 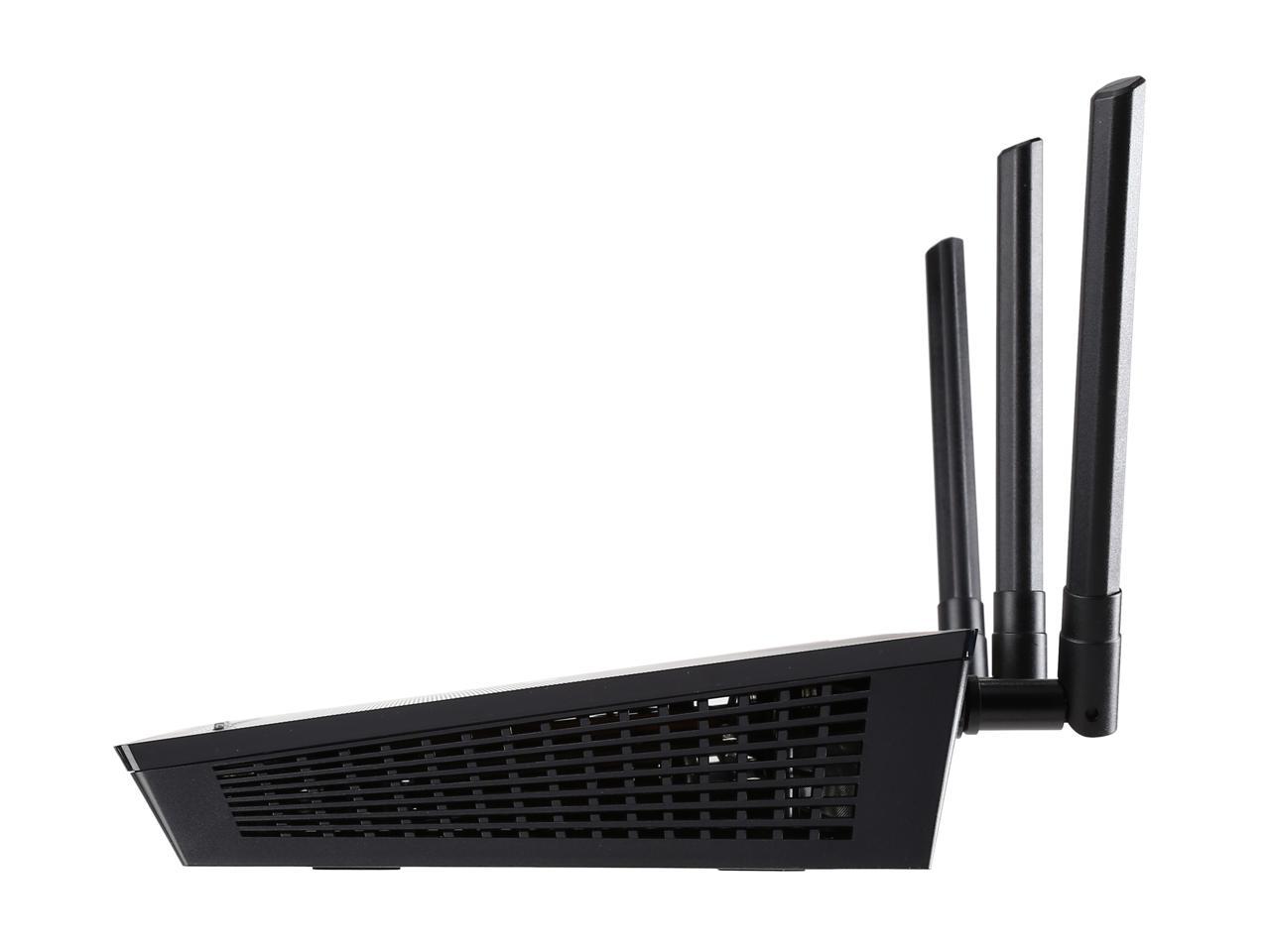 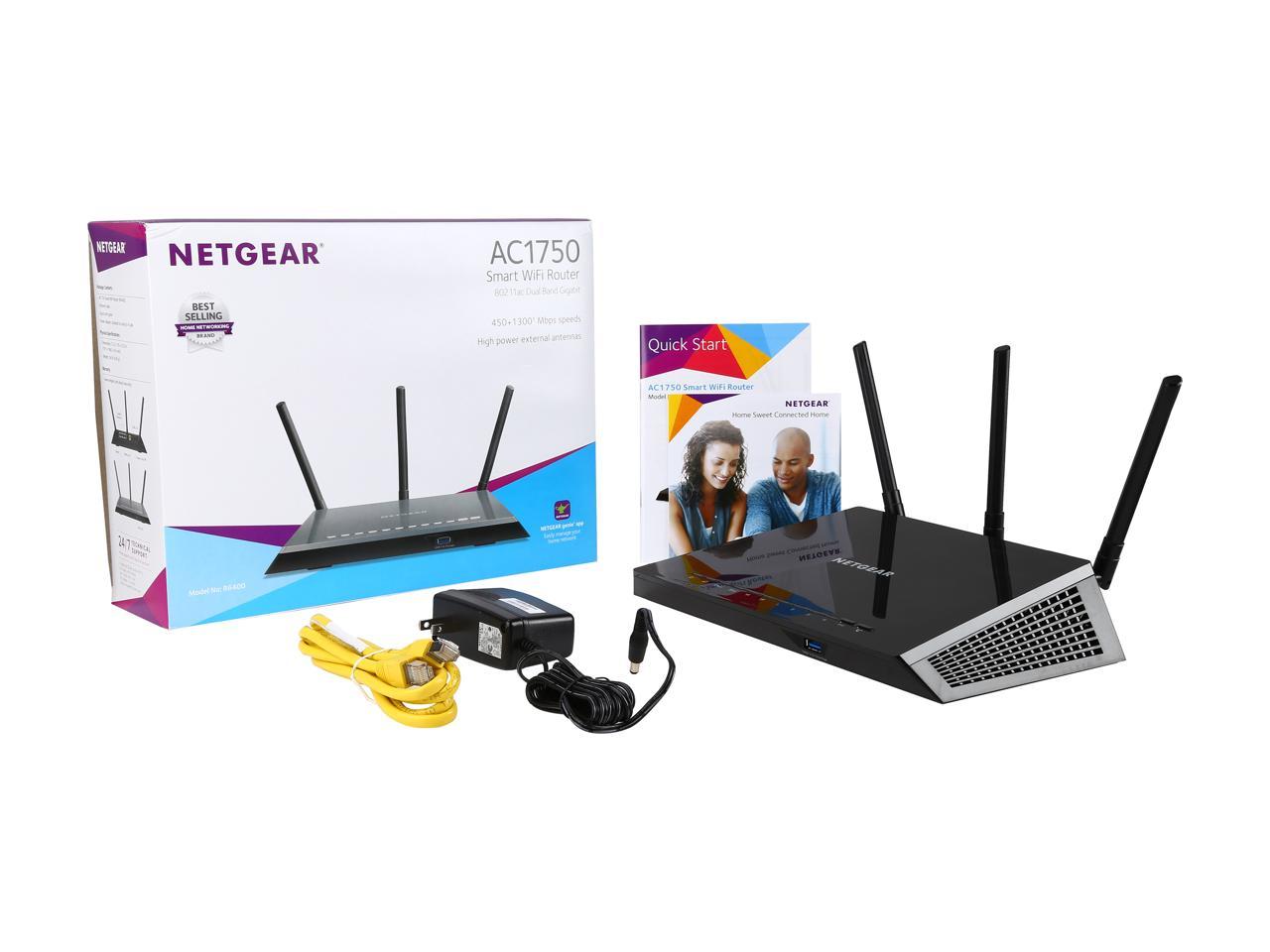 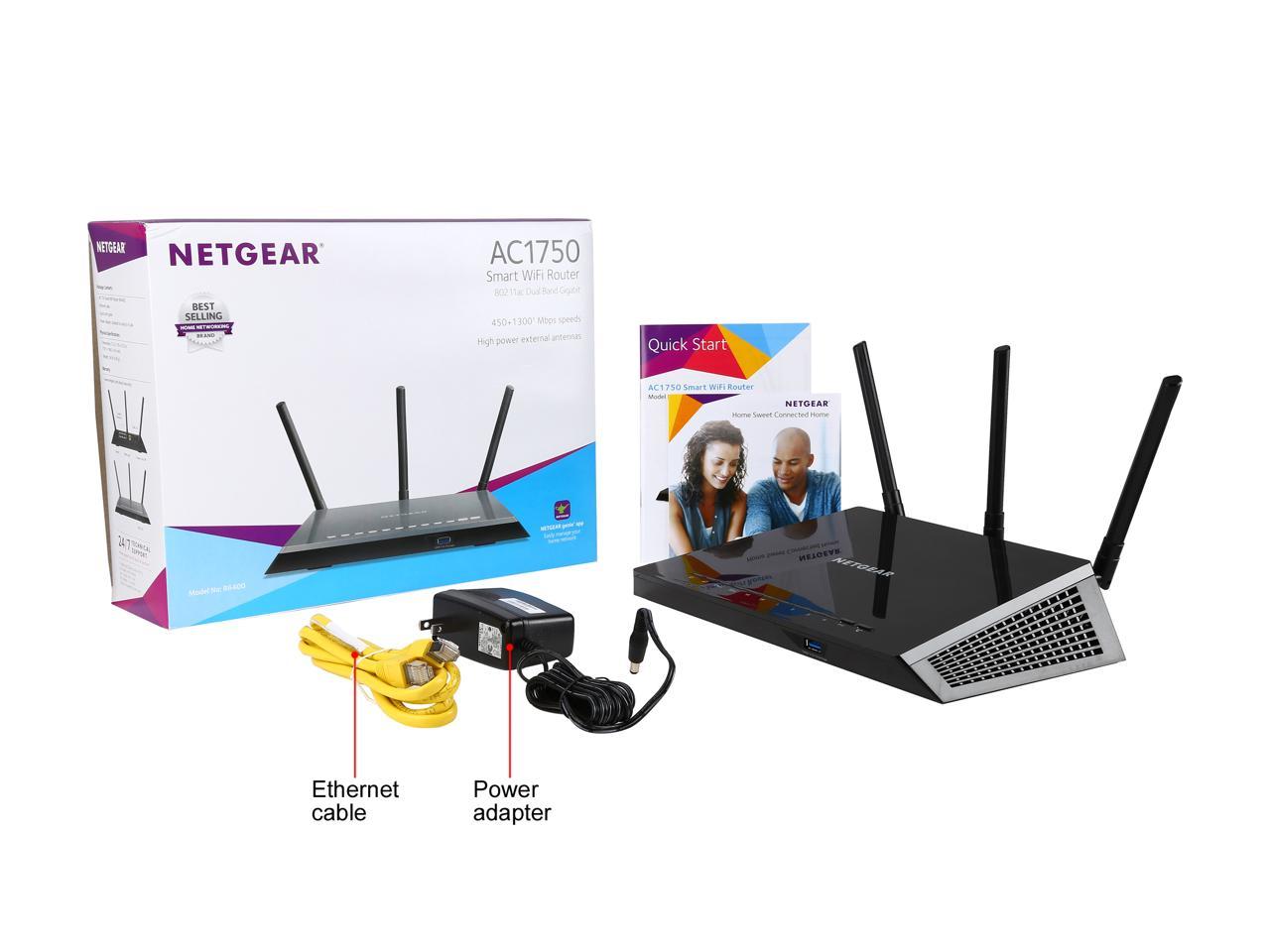 Cons: Got a flashing amber internet light that could not be fixed; power cycling or factory reset. Netgear replaced it but shipping cost changed a great deal into just an OK one. Can't change router user name from "admin"; you would think this would be common place.

Overall Review: Can't say I would recommend; replacement unit flashed amber on the internet light once but a power cycle cleared it. Thought this would give just a little bit more range for the one room of the house that needs it; nope, not much stronger than 4yr old ASUS RT-N66. Will probably stick with ASUS and Merlin in the future.

Pros: when it worked it was fine

Cons: only worked for a few months

Overall Review: dont get it.

Pros: Great range and speed. Easy to setup and do the firmware upgrade.

Overall Review: I have had this for a year. I haven't had any problems.

Pros: Update 3/4/17: I have had this router for a year and a half and it has performed flawlessly for all of this time. The signal stays strong even when going through a floor and walls. I have this sitting on top of an old laptop cooler and that keeps it nice and cool and I think I have only rebooted it twice in all of this time. Stable and trouble free, just they way I like my equipment. I wouldn't hesitate to buy this again if I needed one, but mine is running fine with no indication that it won't continue to do so for some time into the future. I feel having it on top of the cooler has helped to extend its lifespan along with its reliability, and if the cooler dies I will get another one just for the router. =================================================================================== Just got this, but wanted to say that I am impressed with it so far. It took a couple of on/off cycles with the modem and router to get them to sync up, but once they did everything was so easy to set up as their interface is quite user friendly. It checked and then asked if I wanted to download the latest firmware and also the Genie app and ReadShare app and everything downloaded and updated without a hitch. I changed the SSID and passwords on both frequencies to match my previous router and checked and adjusted a few other settings and saved it. It could have been even more simple if I had wanted to accept their predefined SSID's and passwords for both bands. This is definitely aimed at making it very easy for folks with a wide range of technical abilities The Genie app makes it easy to get up and running and is well suited for most folks except perhaps someone who wants to have the ability to modify every possible setting which is fine as this router is aimed at the home user looking for very good performance teamed with ease of use, and NetGear has achieved that with the R6400. This appears to be very well made and signal strength is very high even in the second floor bedroom on both bands. Haven't taken a walk outside with the laptop to see how far outside it extends yet. A powerful wireless AC router with an number of contemporary features helps to make this a winner.

Cons: None so far as it is still new, but seems very stable.

Overall Review: I was a bit wary of buying from NetGear as I did not have a good experience with them in the past. Everything so far indicates that this is a well made and executed device. The router runs warm, but not hot like many others which is a real plus. I don't want to risk anything so I have it now on an old USB laptop cooler and now you can hardly feel any heat coming from it, but I think it could have run fine without this as it was only warm without the cooler. I know I am taking some risk given my past experience with NetGear, but the initial impression is that they got it right with this model. There are a number of positive reviews on other sites, however I don't put much credence in most of them as many of them are from folks who received their devices through the Friends and Family program. The router is a bit large at 7.5 x 7.75 x 2.5 inches and wedge shaped and lies horizontally, but I have the space so that isn't a problem. In one respect that size allows for some extra space inside to help with air circulation rather than cramming everything into a case barely large enough. I also have an Arris SB6183 16 channel cable modem and together with this router I am getting 60 - 62mbps on a hard wired PC and 60+ (5GHz) on a PC upstairs using and older 450/450 adapter card. My service is only 50/10 so the bonding of channels has allowed for me to get a little extra than I am paying for. Previously the best I could get whether hard wired or wireless was about 18 - 21mbps. Nice boost, but then the components weren't free either. Unless something unforeseen should happen, it looks like NetGear has hit a home run with this router.

Pros: Signal travels well through walls, I'm getting the same speeds wired as wireless and it's worked flawlessly for a week. Setup was a simple 5 step process and the 5ghz range is much less crowded than the 2.4ghz in my city neighborhood. The firmware auto updates during setup.

Cons: Trivial but the LED's are ultra bright but can be adjusted using the router interface.

Pros: I like this router. Not problems out of the box, firmware update can be done automatically or manually. You can configure the router outside of the wizard. Navigating the configuration GUI is easy. The wireless has a super range, with many SSID options. I'd get this router again and again if I had to it over.

Cons: You can't hang it side ways on the wall, easily.

Overall Review: I hope it lasts for a while.

Pros: Huge improvement in coverage over the ASUS router it replaced. The dead spot in my bedroom is gone! Great speed. Easy setup. Highly recommended.